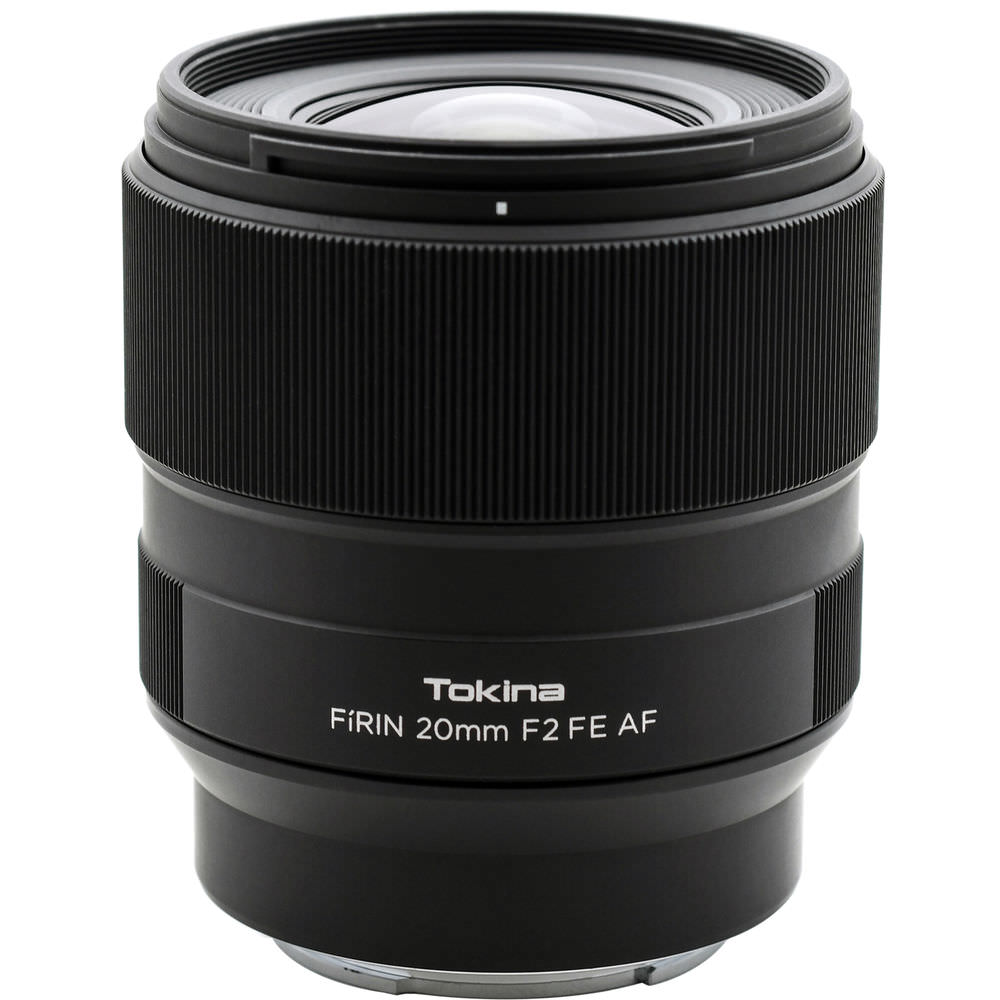 Firin means “that which is real” and is a variant of Fírinne, the Old Irish word for “truth”. The most recent version of the Tokina Firin, with AF, has a more modern design with a wide focus ring, but without aperture ring, depth-of-field indication or distance scale. A striking difference between the MF and the AF version is the included lens hood: that of the MF version is rectangular, that of the AF version is not. 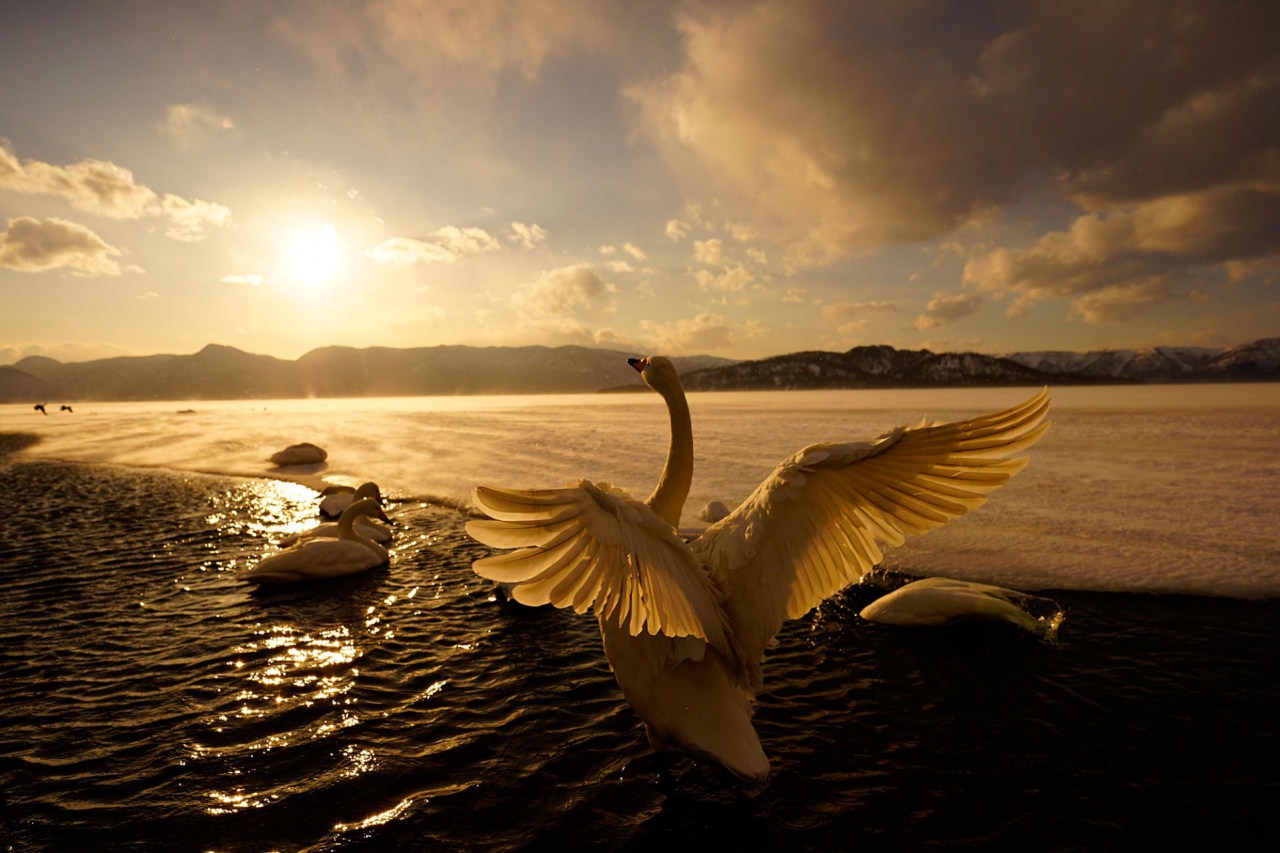 This beautiful shot was made by Toshiya Ogawa and is also on the Firin AF page on Tokina’s website (used with permission) .

Andy Westlake from Amateur Photography was very enthusiastic about the image quality of the version without autofocus in his Tokina 20mm Firin MF review. And we are even more enthusiastic about a version with AF. The optical design is optimized for full-size camera sensors in terms of size and resolution, and incorporates 2 aspherical elements and 3 lenses of Super-low Dispersion glass to significantly reduce all types of aberration, including spherical aberration, distortion and chromatic aberration, while simultaneously providing high resolution and astonishing performance, even with a wide-open aperture. Should you not object to the lack of AF on an ultra-wide-angle lens, take a look at the following video from Tokina. The MF version has the same image quality, but costs even less than the AF version.

For the AF system, the FÍRIN 20 mm F2 AF uses a fast-responding and quiet, ring-type ultrasonic motor. The AF focused from infinity to 1.5 meters in 0.5 seconds. Fast, but not extremely fast. AF is not completely silent, so you can hear the AF motor when you use the microphone in the camera. The Tokina FÍRIN 20 mm F2 FE AF is fully compatible with the Fast Hybrid AF system and all AF function settings, and offers the same AF performance as with regular E-mount AF lenses. Accurate manual focus is supported by the MF Assist function..

Optical corrections are automatically executed by the camera if you so choose. Thanks to data transmission via the electrical contacts on the lens, the Sony camera receives information from the lens chip for automatic in-camera correction of vignetting, distortion and lateral chromatic aberrations. It works well.

The Tokina Firin is a modern lens design, especially for a Sony full-frame system camera. The lens design includes three Super-Low dispersion elements, two aspherical elements and of course has Multicoating, so that the transmission is high and the chance of ghosts is reduced considerably. In shots where the sun shines directly in frame, you can – as with almost all wide-angle lenses – sometimes encounter a green ghost image. In general, the multi-coating does its work properly. What probably also has a positive effect is that the front lens is not extremely convex, as you find with most extreme wide-angle lenses.

At full aperture, the center sharpness is already very good, but the sharpness in the corners lags somewhat behind. Nothing strange for a bright ultra-wide angle, those soft corners at full aperture. But what is exceptional is the extremely high resolution across the entire aperture range. The difference in background blur of f/2.8 or f/2 may not seem like much, but the f/2 aperture of the Firin is really an asset: the high center sharpness with a beautiful background blur at f/2 yields very beautiful pictures that you cannot make with almost any other ultra-wide angle with Sony FE mount. Shots from f/4 are actually already sharp from corner to corner, even though the corner sharpness continues to increase to f/8. Is the Firin perfect? No: at full aperture you can see that the lens suffers from image field curvature. We often encounter that with bright (wide-angle) lenses. If you focus with the Tokina Firin at f/2 on a flat surface in the center, then the corners are less sharp than if you focus in the corners at f/2. At f/2.8 this is already compensated for by the increased depth of field. 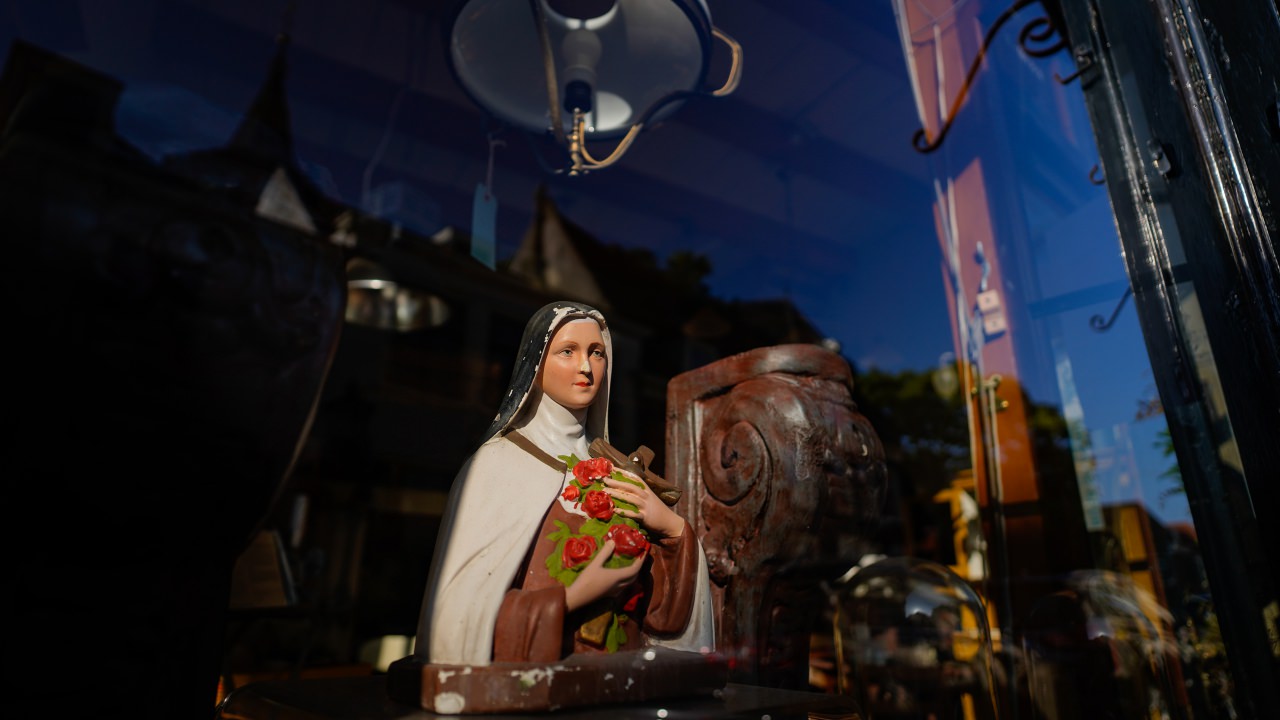 At full aperture, the vignetting is clearly visible, even after stopping down a few stops. That is not specific to the Tokina Firin, but the short distance from a lens to the Sony sensor leads to a few stops of vignetting in the corners with all (ultra-) wide angle lenses. This is one of the reasons why there are so many patents appearing for curved sensors. In the jpg files that are stored in the camera with image corrections, the vignetting is already much less, but at full aperture more than 1 stop and thus recognizable in some situations. Imatest results from uncorrected RAW files show a distortion of -1.75% barrel distortion, less than half a percent of which remains after lens correction of jpg files in the camera. A lens correction profile for RAW files is also available in Lightroom. 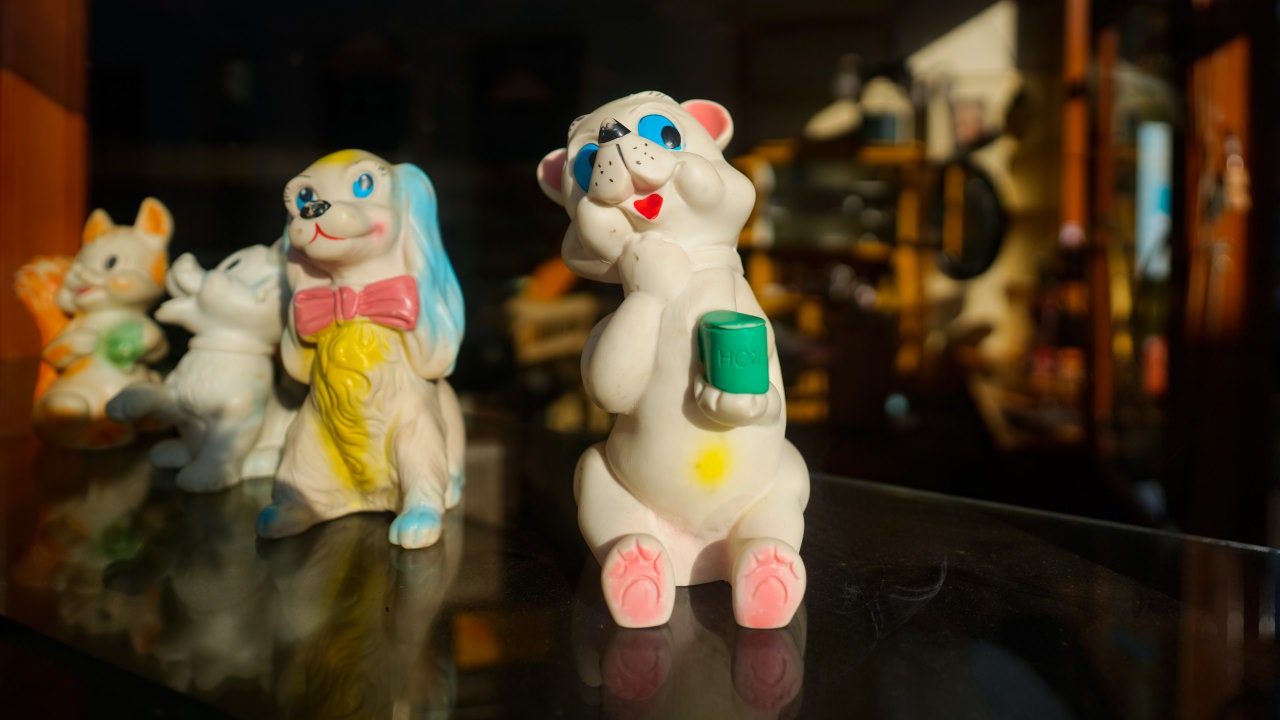 With a 20mm lens, we are usually not that impressed with the bokeh, but the combination of high center sharpness and a nice gradient of blur at f/2 produces nice pictures. All practice shots in this article, with the exception of the sunstar illustration, are made with a Sony A7R III at full aperture and 50 ISO. 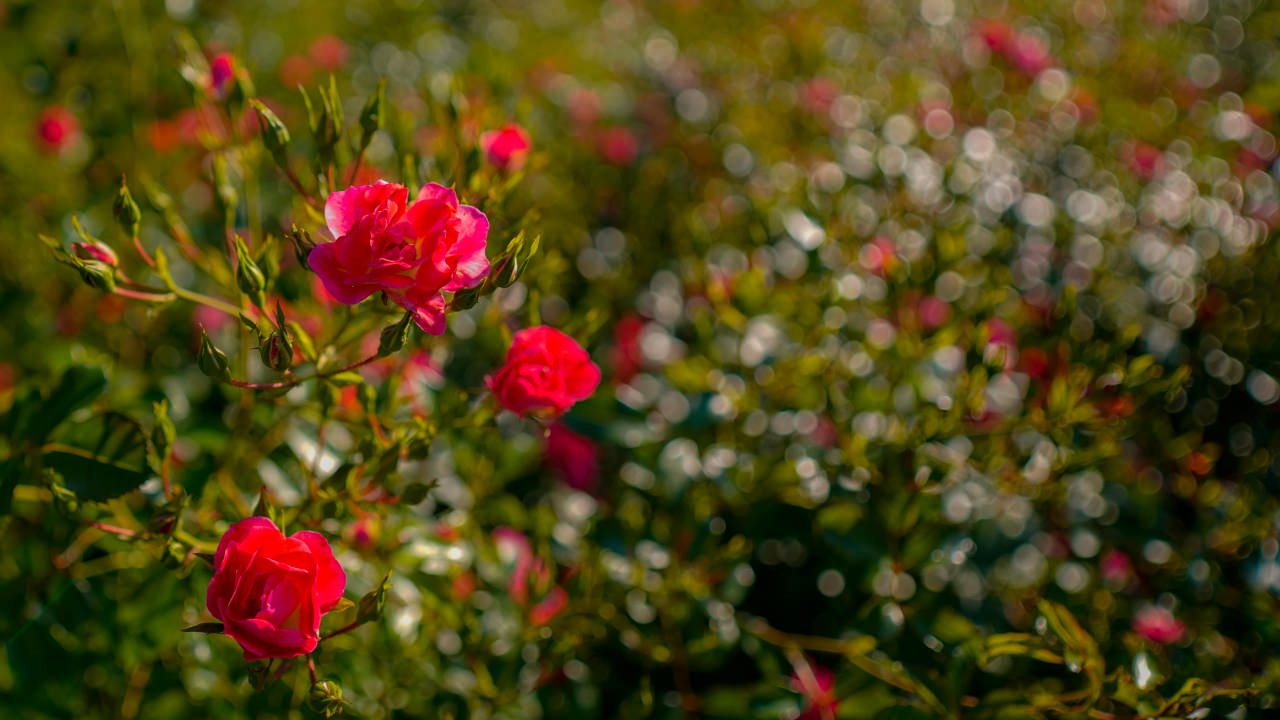 Tokina Firin is simply a must-have ultra-wide angle for every Sony FE camera owner, with an unprecedented high price-to-quality ratio.

This is a lens with a modern look and a modern lens design, to lust after. The price of the Tokina Firin 20 mm AF version is under a thousand euros. That is a very attractive price, given the image quality with this extreme wide angle with high brightness. The MF version is even a few hundred euros cheaper. Still, I prefer a version with autofocus for a wide-angle lens, even if it is not very fast or quiet. As far as the image quality is concerned, the Tokina Firin 20mm can compete with the best. The high center sharpness and the bokeh at f/2 produces impressive pictures with a Sony A7R III, which can compete with the Sigma Art and the Zeiss Batis wide-angle lenses. That tastes like more, Tokina. When does the next Firin come out?
Tags: Amateur, Prosumer, Sony, Tokina