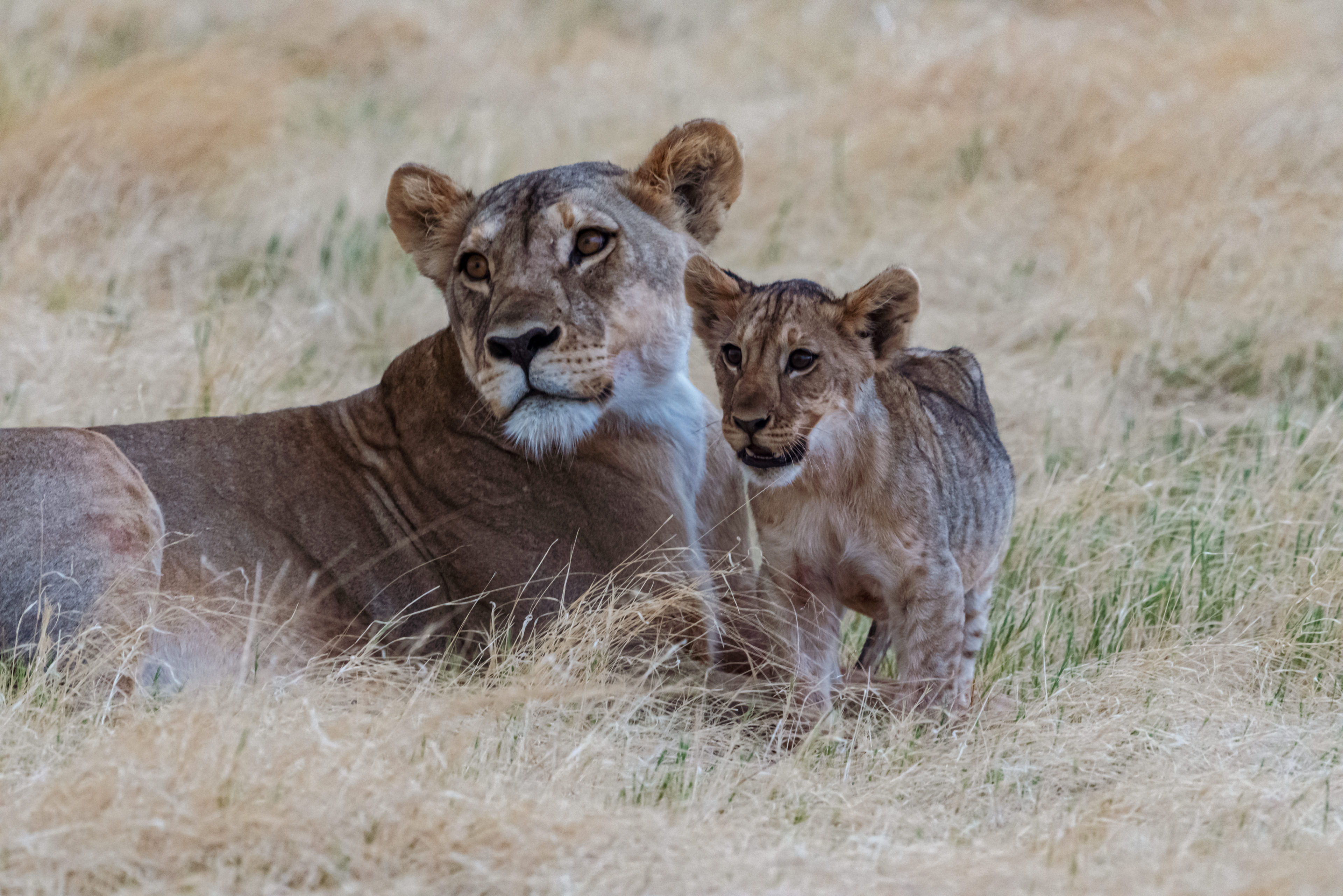 The Sony EF 100-400 mm f/4.5-5.6 GM OSS is a telephoto zoom lens with a nice range for sports and nature photography. It is a GMaster lens. In the Sony system, that means that this lens meets the highest optical and mechanical requirements. And if the range is not enough, you can combine the lens with the Sony 1.4x SEL14TC teleconverter. This is a great option for every Sony user looking for a reasonably long telephoto. 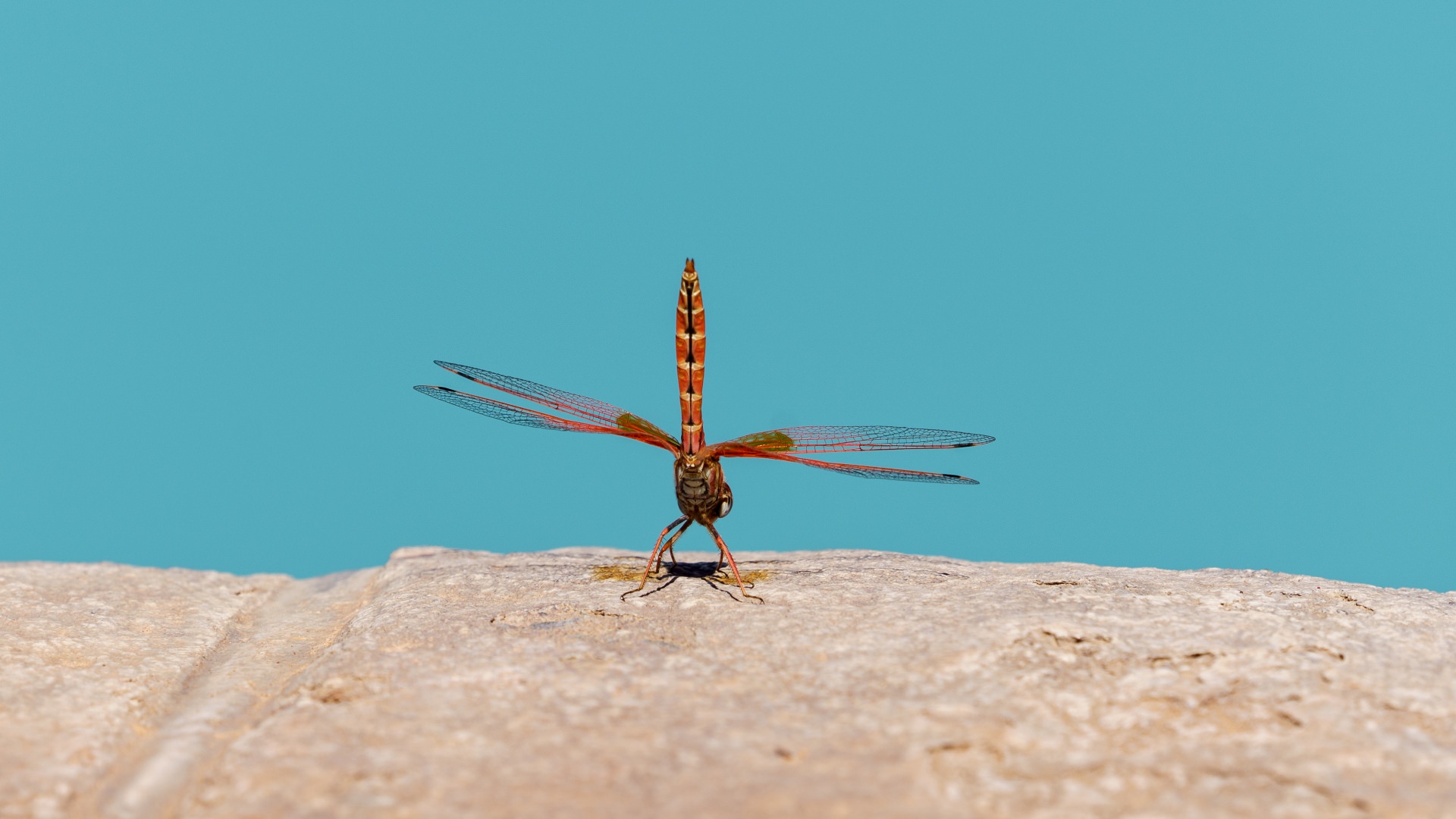 The Sony EF 100-400 mm f/4.5-5.6 GM OSS is a nice all-round telephoto zoom for the Sony cameras with an E-mount. It is less bright than the two 70-200 mm zooms from Sony, but the range is much larger. It’s only a difference of 30 mm on the short side. From 70 mm to 100 mm is not that big a difference; both are great for a beautiful portrait, for example. On the long side, it’s a big difference. From 200 mm to 400 mm makes a big difference, especially if you do sports or nature photography. With 400mm, you can still make a nice closeup of the other side of the field or get big game full in frame. With the Sony 1.4x SEL14TC, you can increase the range by 40%, and on an APS-C camera or with the APS-C crop option on the full-frame models, you can even achieve a combined 840mm (FF equivalent). With this lens, you can handle almost everything from portrait to serious nature and bird photography. 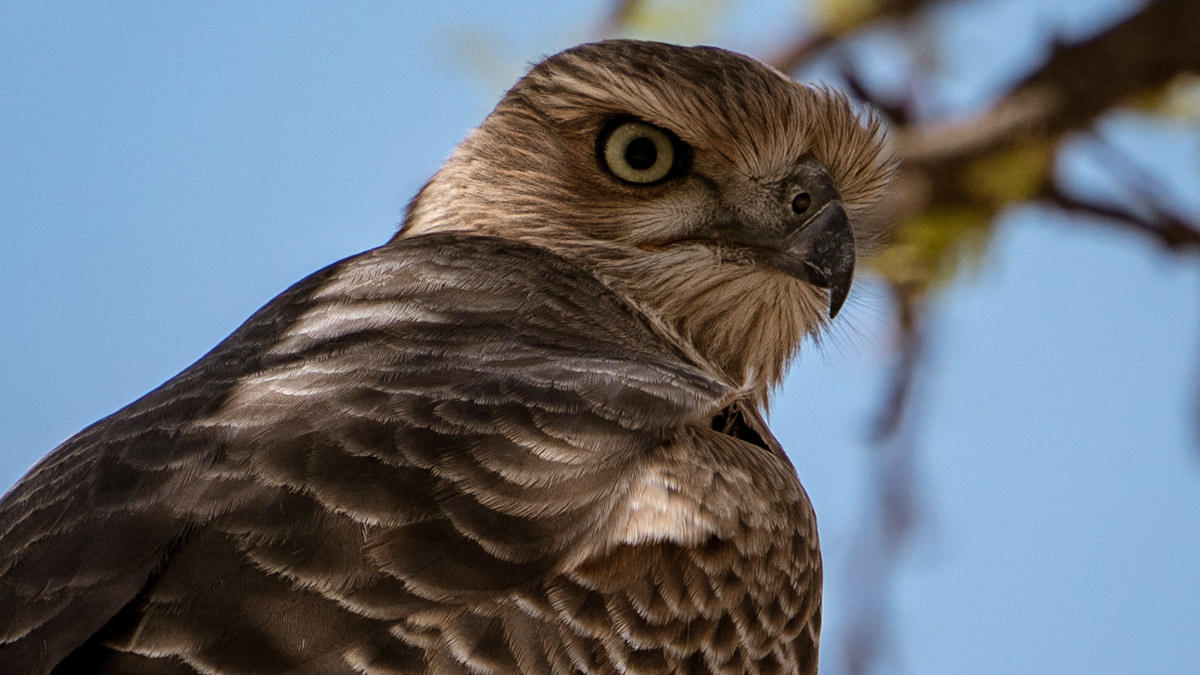 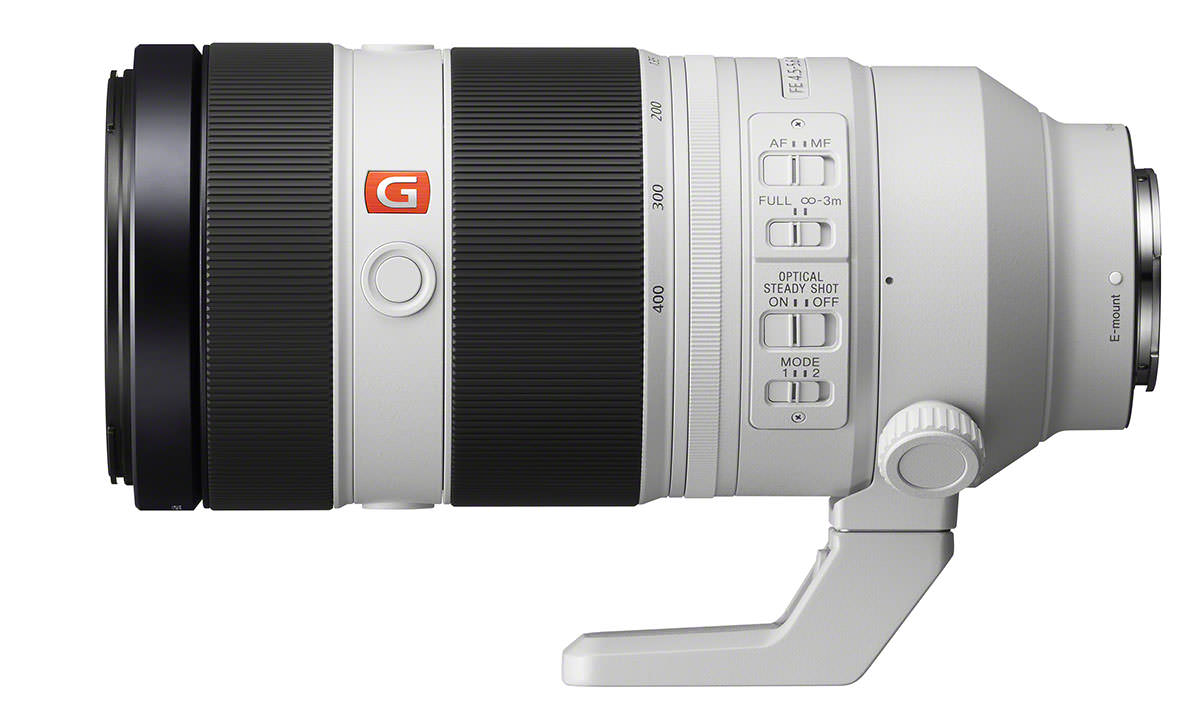 The Sony EF 100-400 mm f/4.5-5.6 GM OSS is a GM lens and therefore meets the highest requirements. It is dust- and splash-proof and made of a robust alloy. The lens has Sony’s Nano AR Coating on the glass surfaces and an extra fluorine coating on the front element so that dust, dirt and moisture do not stick easily and so the lens can be cleaned more easily. The optical design is complex with 22 lens elements. Two of them are made of ED glass, and one is a Super-ED element. The diaphragm has 9 blades, which creates a beautiful, round aperture and a beautiful bokeh. The lens has four buttons between the zoom ring and focus ring that can be used as a Focus Hold button, for example. Further to the rear are the switches for AF/MF, the AF range, the on/off button for Optical Steady Shot image stabilization and the mode button for stabilization. The lens has a removable, rotatable tripod base. The advantage of that removable base is that the removed part is nice and small, so that you can easily put it in your pocket, for example. The disadvantage is that the button on the tripod collar always stays in place. The shortest setting distance is a very nice 0.98 m. That is about the same as for most 70-200 mm lenses. But because with this Sony EF 100-400 mm f/4.5-5.6 GM OSS, you can zoom in much further, the magnification factor is a lot higher: 0.35x. The autofocus is also fast, thanks to the double, linear autofocus motors.

The Sony EF 100-400 mm f/4.5-5.6 GM OSS has few problems with vignetting. It achieves the highest value at 400 mm, and that’s not surprising. Then the tube through which the light has to pass is the longest, while the diameter remains the same. A value of 0.7 stops at full aperture may be visible in the shot. It decreases with stopping down one stop, but then you are already at f/8.

The distortion of the Sony EF 100-400 mm f/4.5-5.6 GM OSS is also not that bad. That is, if you leave the camera corrections on. Without the corrections, you get almost 1.5% pincushion-shaped distortion from 200 mm to 400 mm. That is quite a lot for a telephoto lens, and it’s visible when you photograph subjects with straight lines. But almost all modern lenses for mirrorless cameras are designed to be used with corrections in the camera or in the RAW software. So why wouldn’t you do that? The only reason not to do it is if the image quality were to suffer greatly from the corrections. But that is certainly not the case with this Sony EF 100-400 mm f/4.5-5.6 GM OSS. 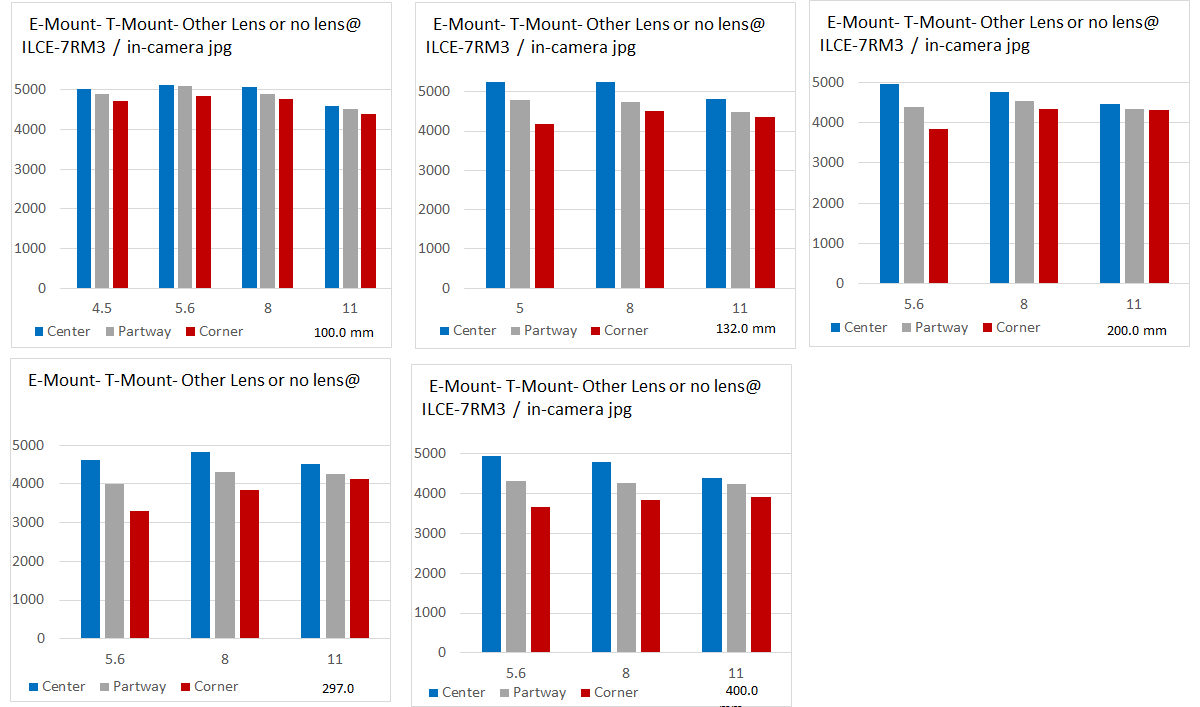 The Sony EF 100-400 mm f/4.5-5.6 GM OSS is sharp. Certainly in the center, as well as in the corners over almost the entire range. Even at 400 mm, and that’s what you buy a lens like this for, the center is particularly sharp, even at full aperture. Many cheaper telephoto zooms score a lot worse on those long distances, and that is fortunately not the case with this Sony. The only possible criticism in terms of performance is that the gradient of sharpness to the corners at 400 mm is slightly greater than in the rest of the zoom range. On the other hand, you have so little depth of field at 400mm at full aperture that the corners will usually not be in focus. If you photograph very flat subjects at 400mm, you will see a bit of this. Chromatic aberrations in the corners are very low, and the lens has virtually no problems with chromatic aberration whereby the blurred foreground becomes a little magenta and the blurred background, green. In short, a great performance. 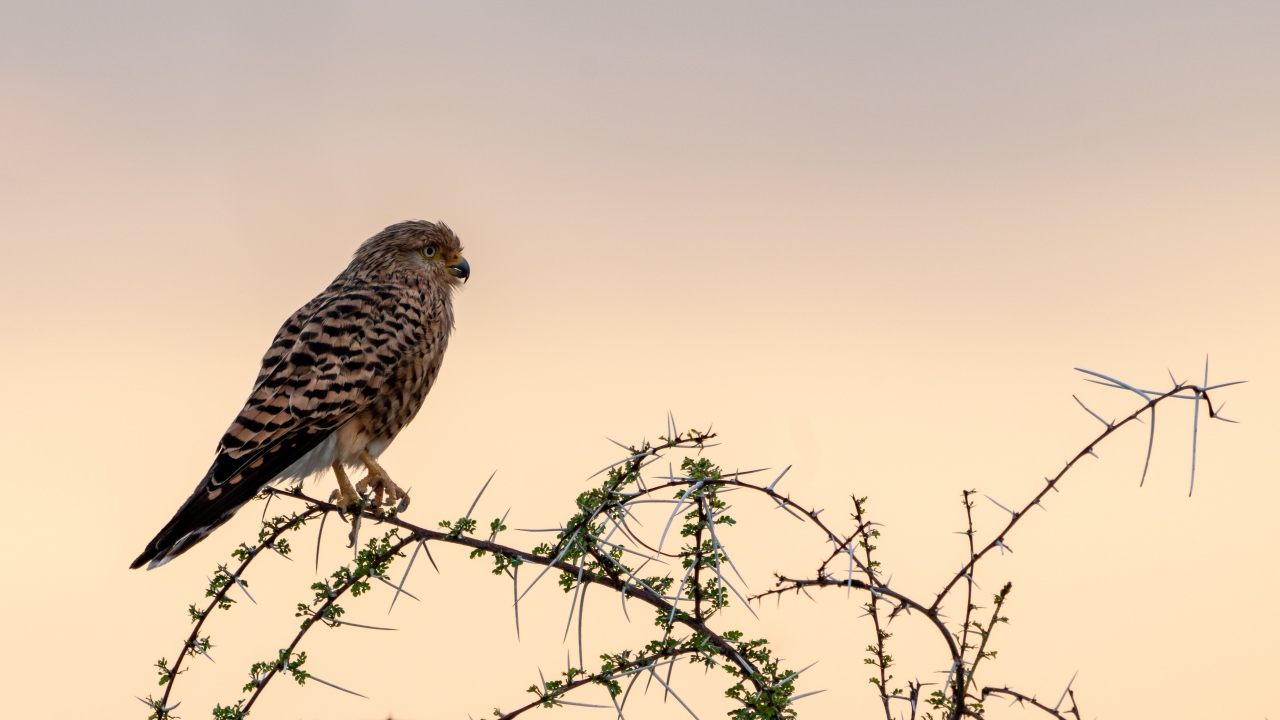 Curious about the performance of the Sony EF 100-400 mm f/4.5-5.6 GM OSS in practice? Click on the button below and visit our renewed web gallery with sample images. The images can be viewed in full resolution.

The Sony EF 100-400 mm f/4.5-5.6 GM OSS is a very good telephoto zoom. Until the arrival of the Sony FE 200-600 mm f/5.6-6.3 G OSS, this was the longest telephoto zoom in the Sony range and therefore actually the only choice for photographers looking for a Sony zoom for sports and nature photography. Now there is more choice. The 200-600 mm is a more specialized telephoto lens, while the 100-400 mm is a better all-round telephoto zoom. For sports, we would still prefer this 100-400 mm over the 200-600 mm, due to the slightly higher brightness. For nature photography, you have to wonder if the extra range of the 200-600 mm outweighs the extra weight and the larger dimensions. We have not yet reviewed the 200-600 mm, while at least we know that Sony EF 100-400 mm f/4.5-5.6 GM OSS is good. It costs a bit more than comparable 100-400 mms from the competition, but the capabilities and quality match the price.