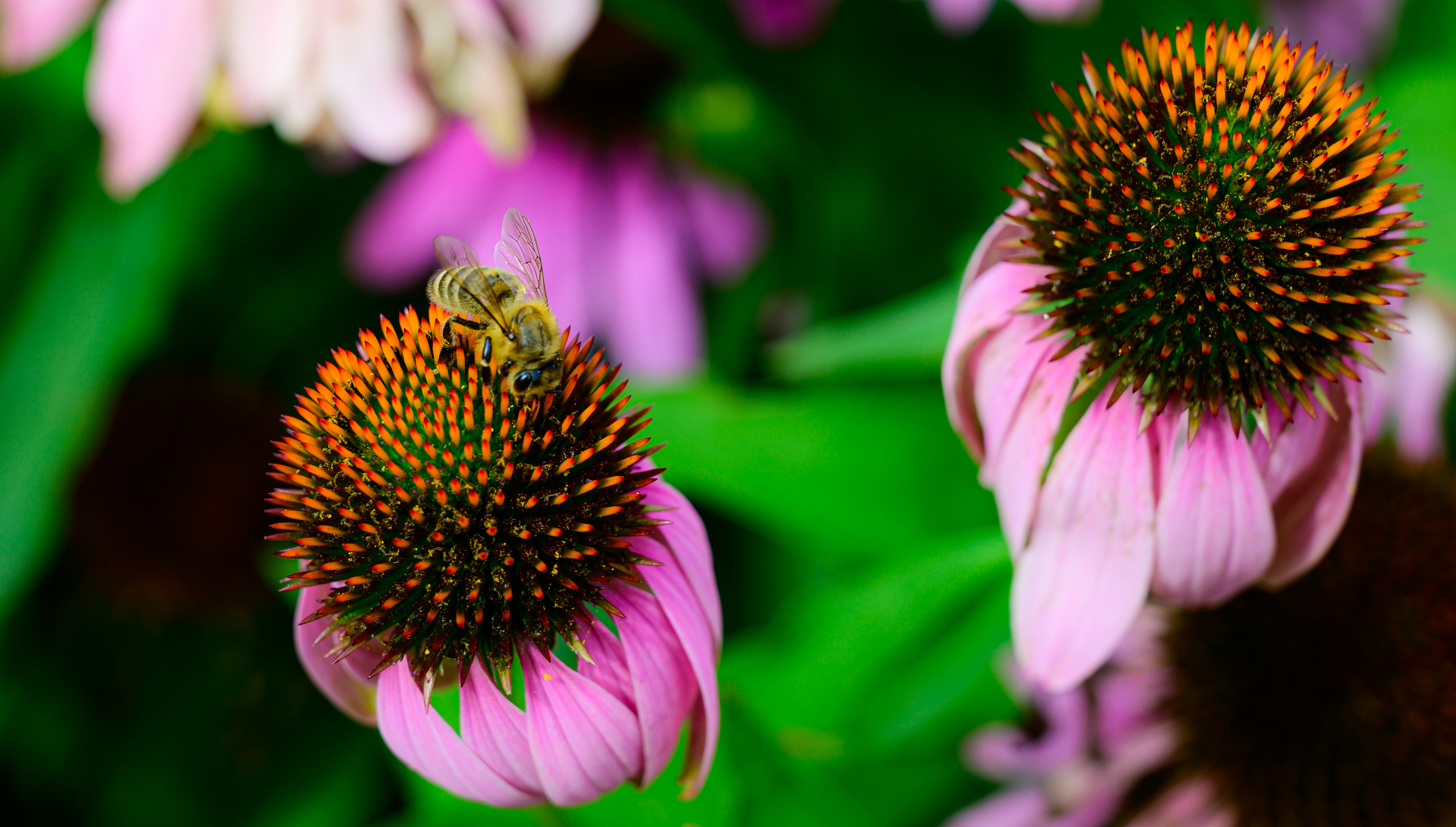 With the arrival of the Nikon Z 24-70 mm f/2.8 S, (professional) photographers with a Nikon Z6 or Z7 can indulge themselves. The Nikon Z 24-70 mm f/4 S is indeed optically very good, attractively priced, compact and robustly built, but with f/2.8, you get more. You can play more with sharpness and blur. You can also use faster shutter speeds, which can be indispensable if there is little light and your subjects are moving.
​Click on the product for specifications, prices and test results.

When Nikon released the Z6 and Z7, the only standard zoom was the Nikon 24-70 mm f/4 S. That lens can be made extra small when not in use. That fits well with the idea that compactness is an important advantage of a mirrorless system. No matter how good that 24-70 mm f/4 is, f/4 is still one stop too little for many photographers. That is why there is now the Nikon Z 24-70 mm f/2.8 S. That one stop of extra brightness ensures more blur in the background at full aperture. This gives you more depth in the photo, and the subject draws more attention. You can see that difference clearly in portrait photos. Another advantage is that you can work with slightly faster shutter speeds. That one stop can then make the difference between a shutter speed of 1/60th or 1/125th of a second. If you photograph people in fairly low light, then that is the difference between blurry faces or sharp shots. If you could not do without f/2.8, you had to use the Nikon AF-S 24-70 mm f/2.8 E ED VR with the adapter from Nikon F to Nikon Z mount before the arrival of the Nikon Z 24-70 mm f/2.8. That combination is so much bigger than the new Nikon Z 24-70 mm f/2.8 S that just the difference in dimensions justifies the switch to the new lens. 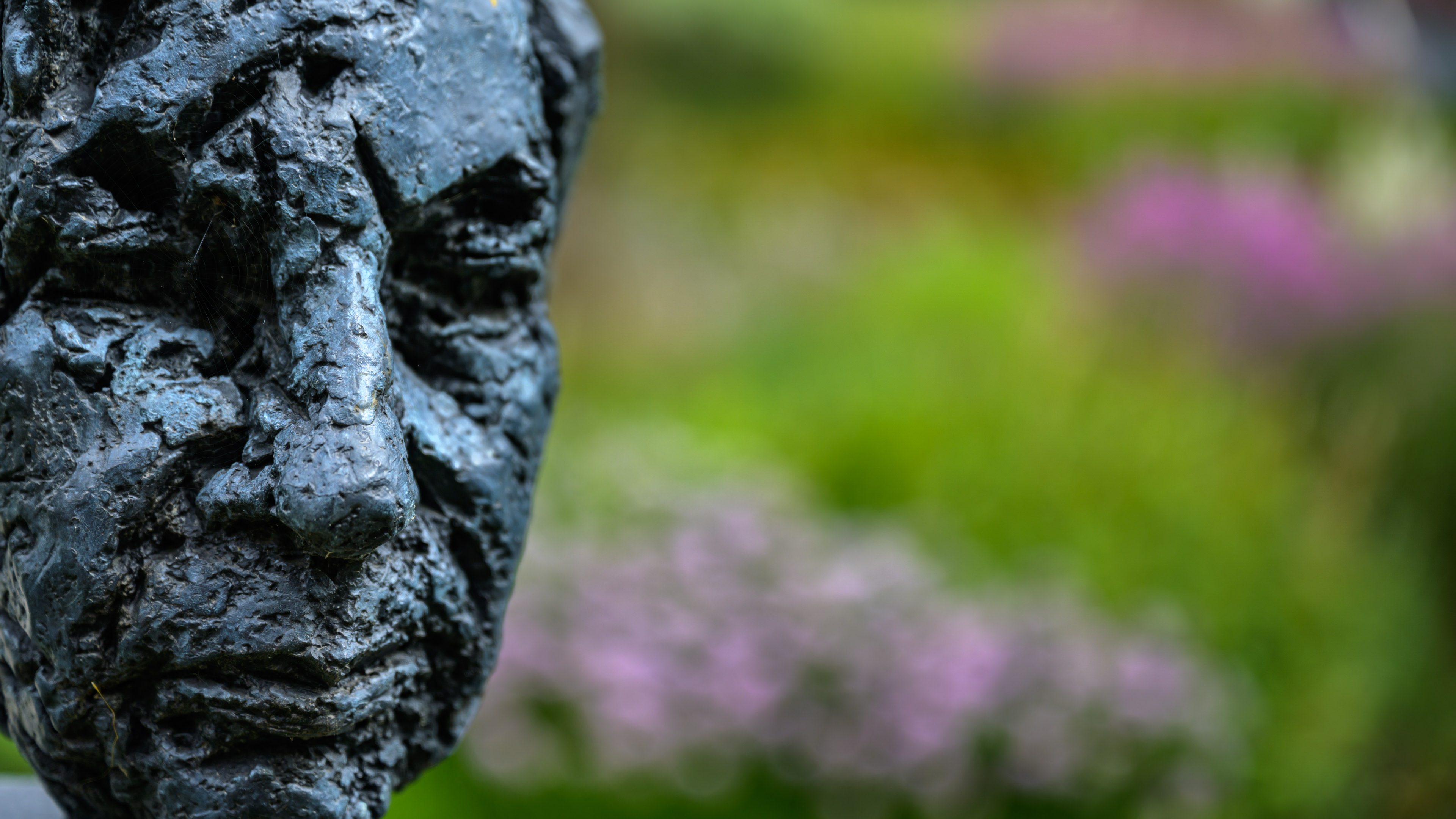 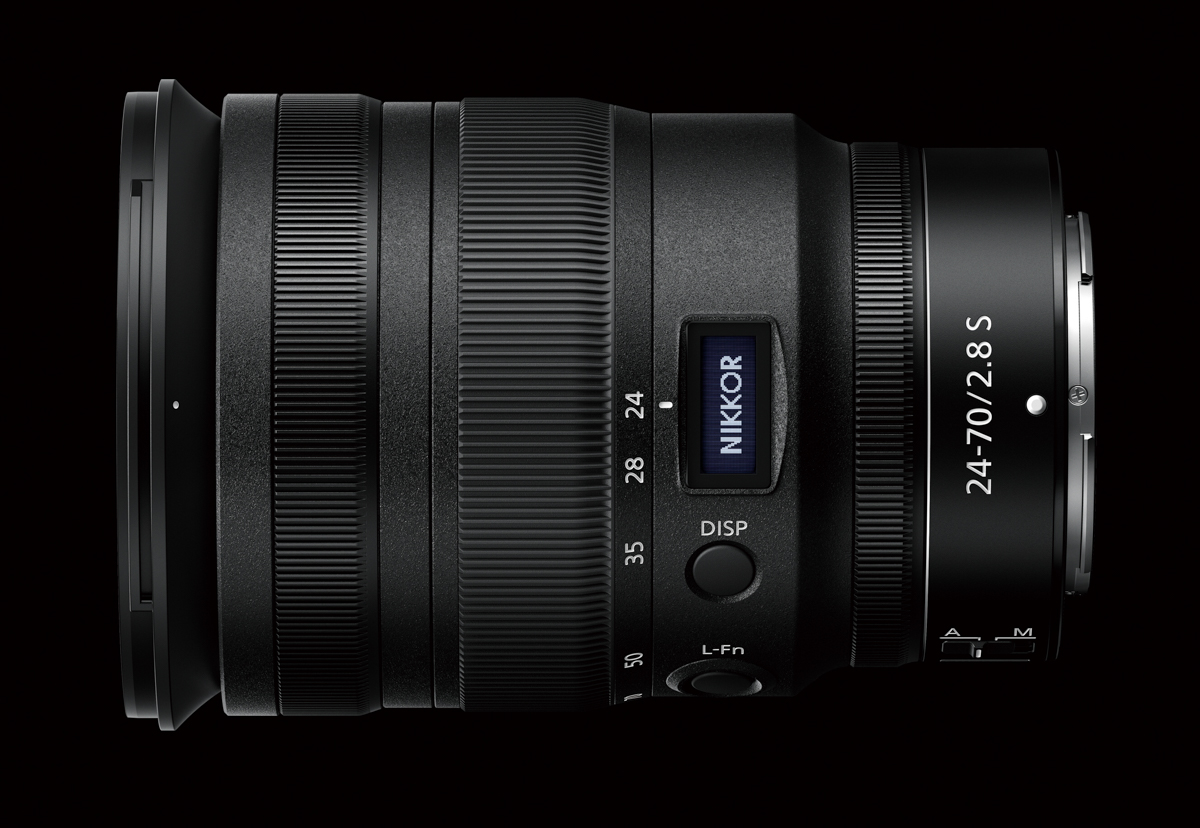 A striking feature of the Nikon Z 24-70 mm f/2.8 S is that it has no fewer than three rings. The front one is for focusing, the middle one, for zooming, and the rear one can be programmed to be used as an aperture ring for example. The rear ring does not have engraved values. That means you can’t see which aperture you set with it, but Nikon has also done something about this. The Nikon Z 24-70 mm f/2.8 S has an OLED screen, just like the Batis lenses from Zeiss. With the Nikon screen, though, there’s just a little more possible than with Zeiss’s. If you wish, you can have it display the set distance, complete with a depth of field. It can also show the zoom position. But you can also just read that on the zoom ring, just above it. Unless it’s very dark, of course. A third possibility is to have the screen indicate the aperture value. Next to the screen is a DISP button with which you can change the settings on the display. 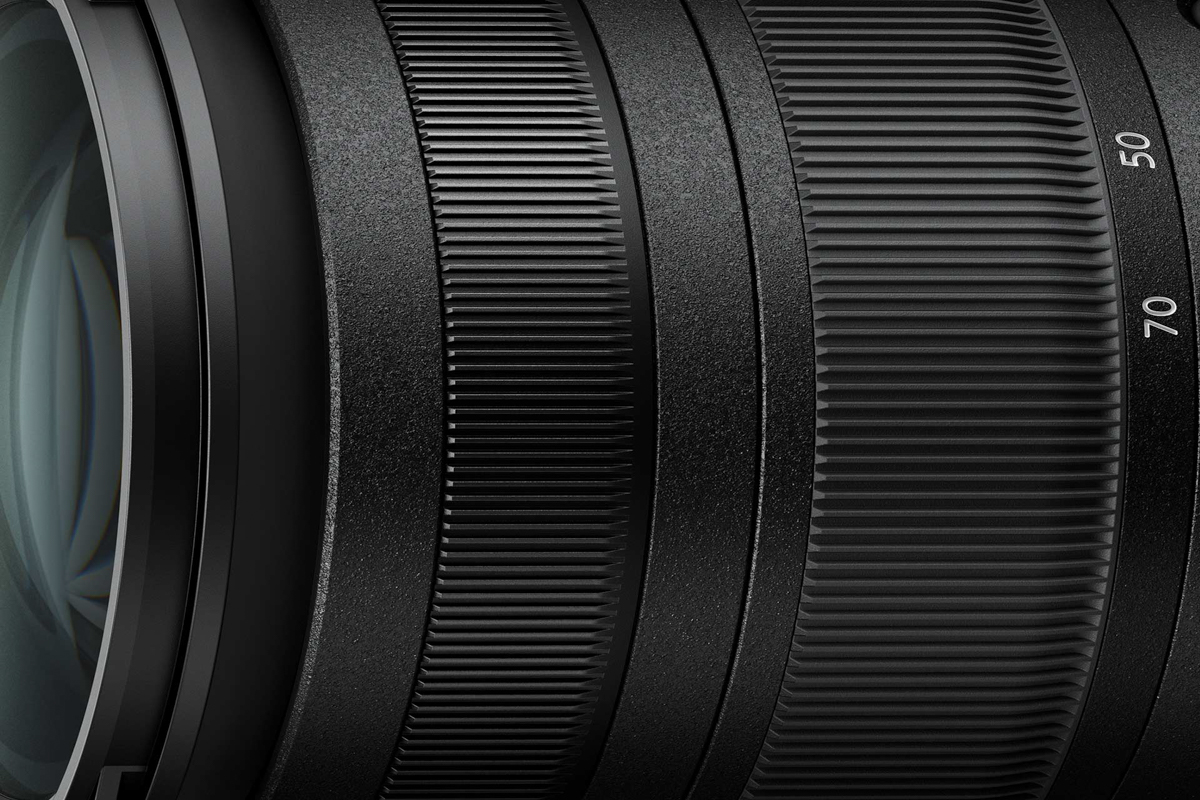 We tested the image quality of this zoom lens on a Nikon Z7. The sharpness is very high: better than that of Nikon F-mount zooms in the same zoom range. At 24 mm, the Nikon Z 24-70 mm f/2.8 S even outperforms many fixed focal length lenses with an F mount. The wide-angle position is therefore the position on which this lens scores best. Already at full aperture, the center sharpness is good, and the gradient to the corners is small. Stopping down results in a small, almost negligible difference. At 50 mm, you can see that the lens is just a little less sharp, but here too, the differences are small. Only at 70 mm is the largest aperture slightly weaker in the corners, and it pays to stop down one or two stops to get the corners fully on track. The shorter distance from the exit pupil relative to the sensor also pays off in the form of few spherical aberrations. Color errors are extremely well corrected, resulting in exceptionally high scores for chromatic aberrations. On this point, this zoom gives nothing up to the very best fixed focal points. It is important that you use the correction options when using modern lenses. The lower scores in RAW are largely due to the vignetting, which causes a lower contrast measurement in the corners. If you use all the corrections, and modern lenses have also been designed for that, then you will really see what this lens is capable of.

Distortion is intentionally not fully corrected in the lens design. Without lens corrections, barrel-shaped distortion is visible at the short focal lengths (<30mm). That is almost four percent, and that’s quite a lot for a standard zoom. Above 40 mm, the distortion is visibly pincushion shaped. Here too, we see a relatively high value of about 2.5 percent at 70 mm. If you use the correction options in the camera, then in practice you will not be bothered by this: with the in-camera jpg files, we found distortion with Imatest of between -0.6% (at 24mm) to -0.1% (70mm).And as the sharpness measurements show, the results only get better if you use the corrections and certainly not less.

The low amount of vignetting is striking compared to lenses for full-frame SLR cameras. Without lens correction, light foci can be visible at all focal lengths at full aperture, but never more than 1.5 stops. After correction for vignetting, there is a maximum of 2/3 stop left at 24mm at full aperture. That is just visible if you have a very evenly lit background, but hardly disturbing. If you stop down a bit more, those values decrease even further, and the vignetting is no longer important. 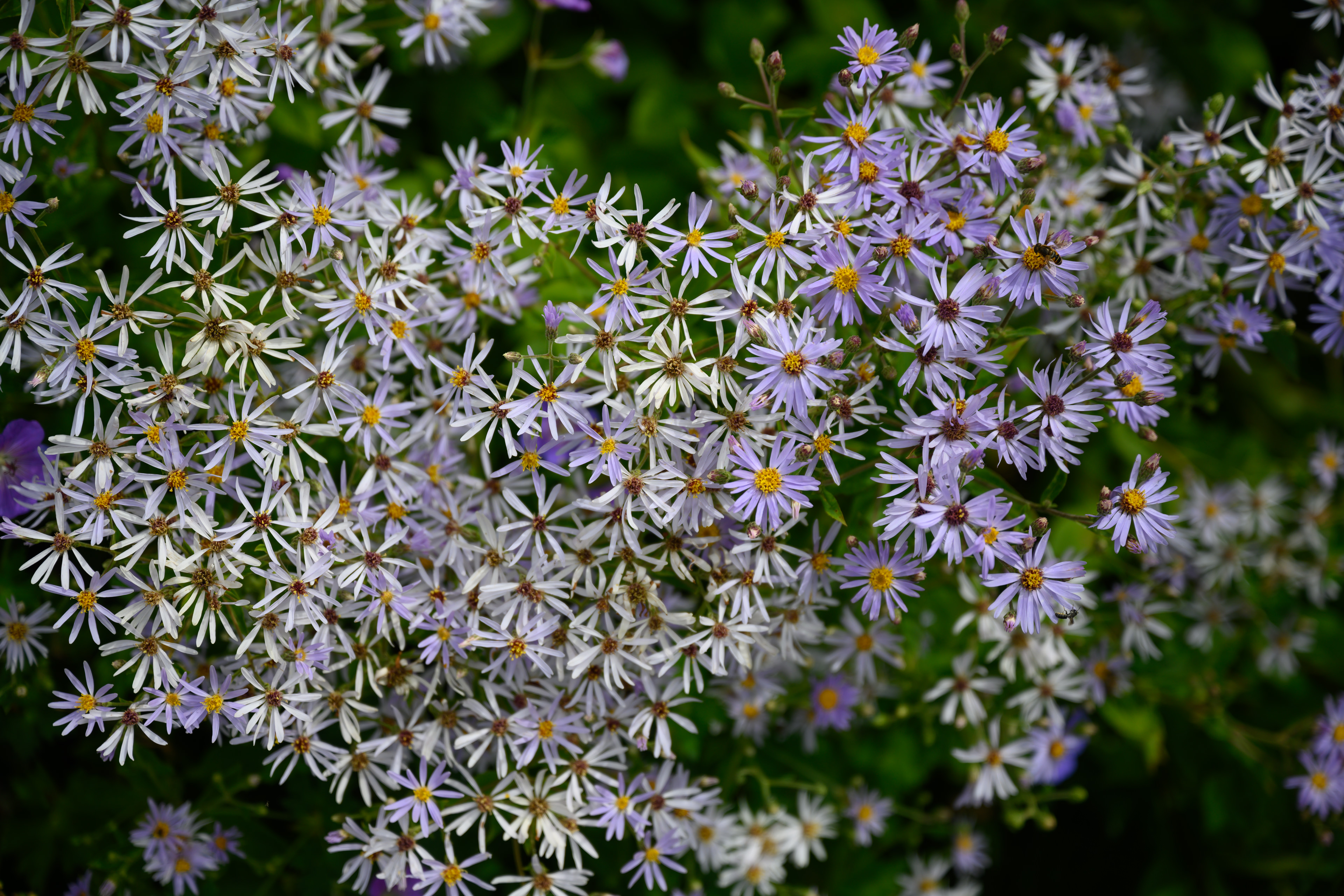 Curious about the performance of the Nikon Z 24-70 mm f/2.8 Sin practice? Click on the button below and visit our renewed web gallery with sample images. The images can be downloaded in full resolution to be viewed at 100%.

Nikon now has two good standard zooms. If budget, dimensions or weight are very important to you, there is nothing wrong with choosing the f/4 version. Because that is also very good. But the extra brightness and the beautiful bokeh of this zoom will certainly appeal to professional and ambitious amateur photographers. Probably, the more expensive Nikon Z 24-70 mm f/2.8 S will be more frequently seen on the high end Z7, but you can of course also use the most advantages of the Nikon Z 24-70 mm f/2.8 S on a Z6. The difference in size and weight of this lens would alone, in our opinion, be a reason for switching to the Z system. And the same goes for the image quality. If the yet-to-be-released f/2.8 wide-angle zoom and telephoto zoom from Nikon achieve the same optical quality as this Nikon Z 24-70 mm f/2.8 S, then it’s certain that the Z-system faces a bright future.