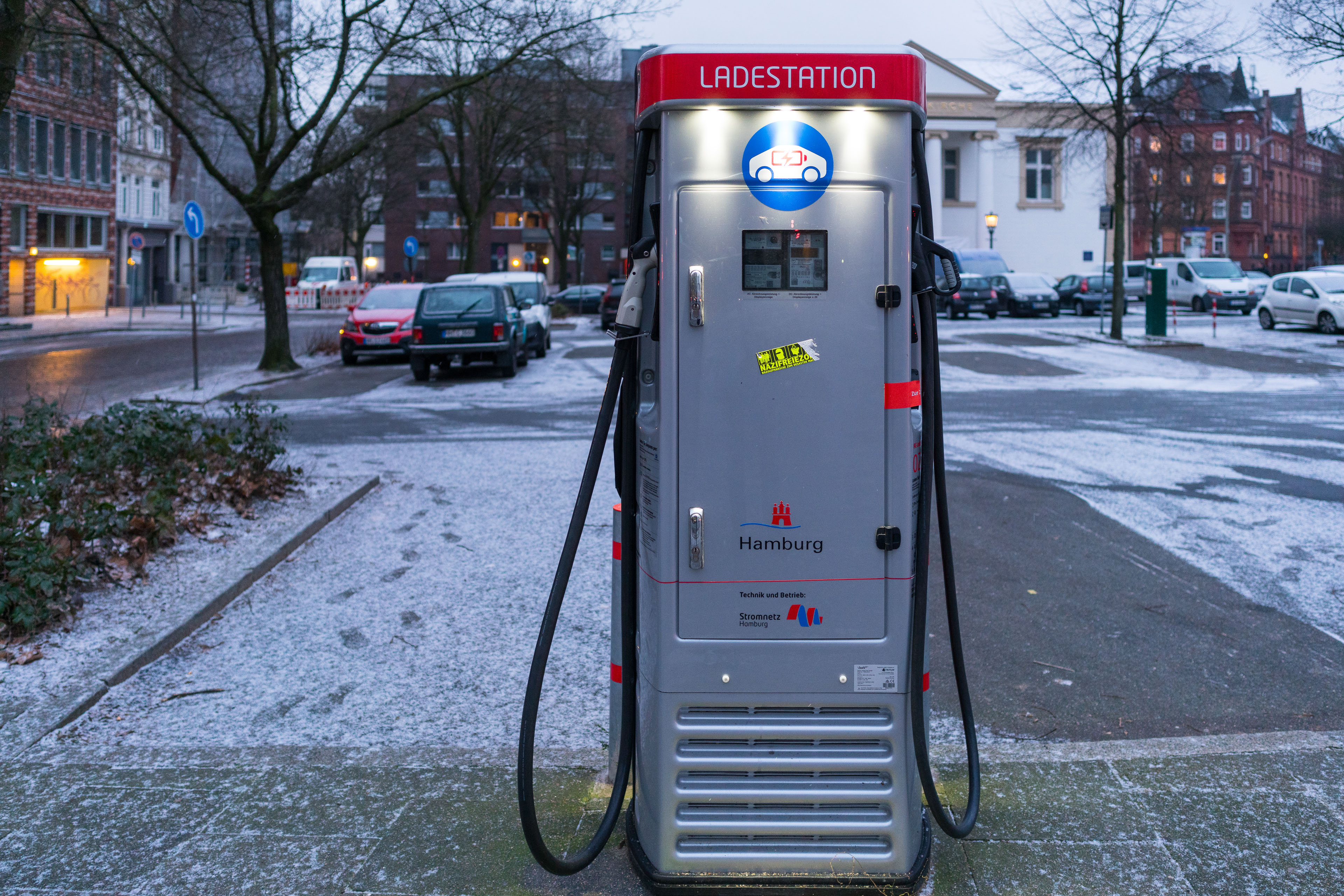 The Zeiss Loxia f/2.4 25mm is a wide-angle lens for the Sony cameras with E-mount. It is compact and reasonably bright. Just like the other Loxia lenses, it does not have autofocus. On the other hand, the Loxias have a perfect, fully linear manual focus that gives you complete control as a photographer and is also excellent if you want to film with these lenses. And – as we have come to expect from the Loxias – the image quality is extraordinary. 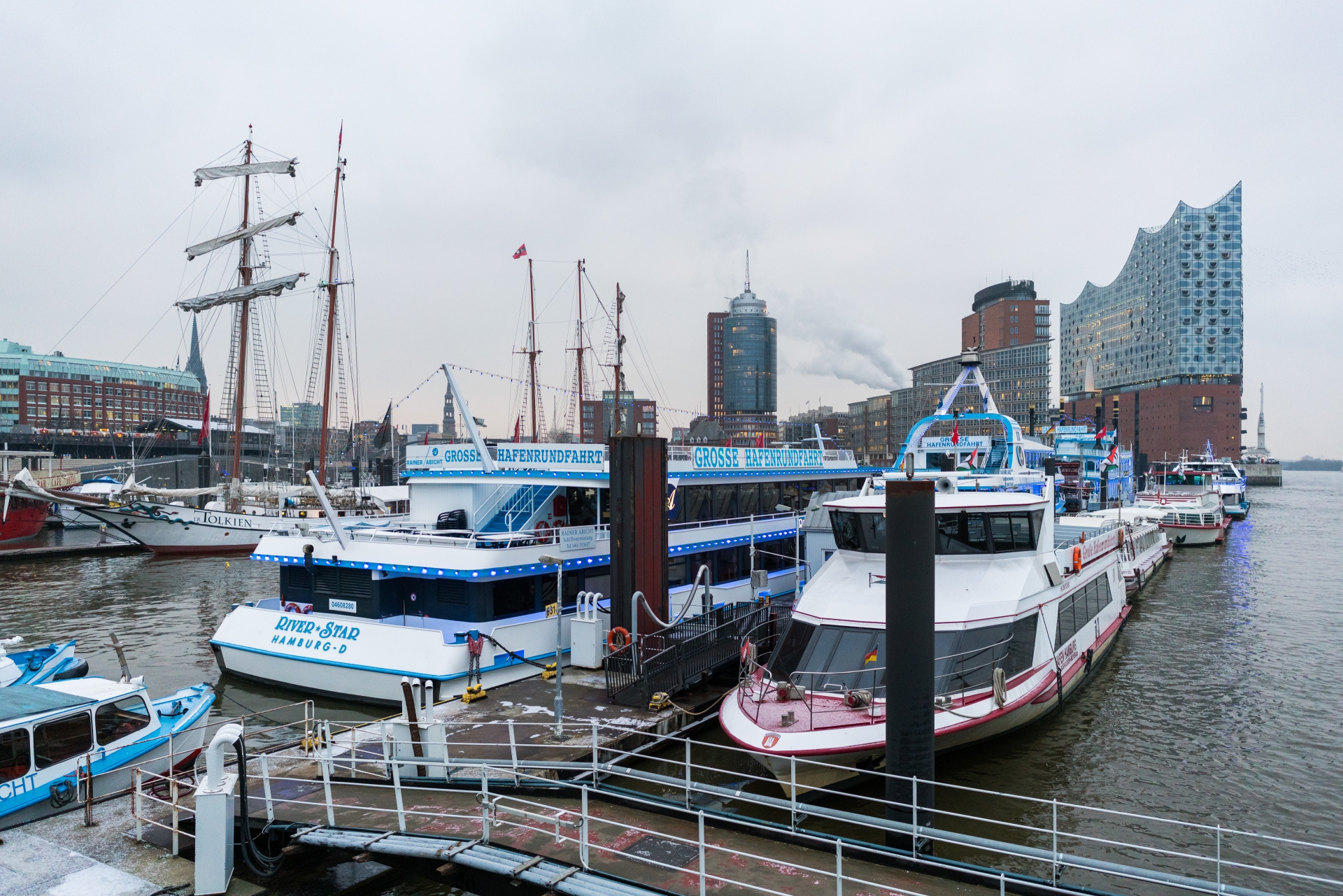 The Zeiss Loxia f/2.4 25mm is a 25mm wide angle with a maximum brightness of f/2.4. It fits all Sony cameras with an E-mount. That means on the full-frame A7 and A9 models as well as on the APS-C cameras such as the A6400 and A6500. On the APS-C models, this lens works as a light-wide-angle standard lens. This lens comes into its own most naturally on the full-frame cameras that allow you to utilize the full angle of the Zeiss Loxia f/2.4 25mm. The Loxia is compactly built using high-quality materials. The lens is solid in your hand and breathes quality. It has no autofocus, but at the same time, that is one of the reasons for choosing a Loxia. All lenses from this series have beautiful, smooth and linear manual focus with hard stops. The aperture can also be made clickless, making the Loxias not only ideal for lovers of classic photography, but also for enthusiastic film makers. 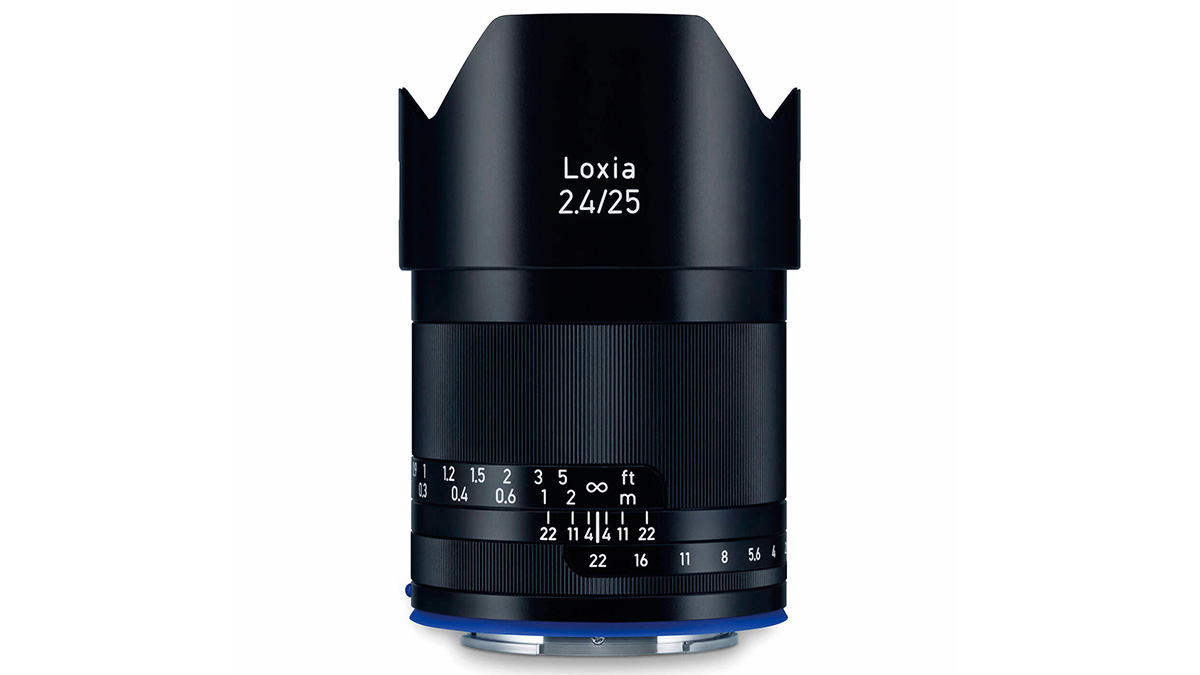 The Zeiss Loxia 25 mm f/2.4 is – just like the other Loxias – pretty compact. It has the exact same diameter as the other four Loxia lenses. That not only looks good but is also especially useful for videographers who use these lenses in a rig with a follow focus. Because the diameter of the lenses is the same, they can easily be changed without changing the follow-focus setting. It is also useful for photographers who like to use filters. All Loxias namely have the same 52mm filter size. The lens is made entirely of metal and glass, and you feel that you are holding something solid in your hands. The lens hood is also nice and compact and can be mounted backwards on the lens for transport. The focus ring has fine grooves that ensure a good grip. The ring itself turns nice and smoothly and has hard stops at close range and infinity so that you never turn further than necessary and so that you can set to infinity in the dark for example. 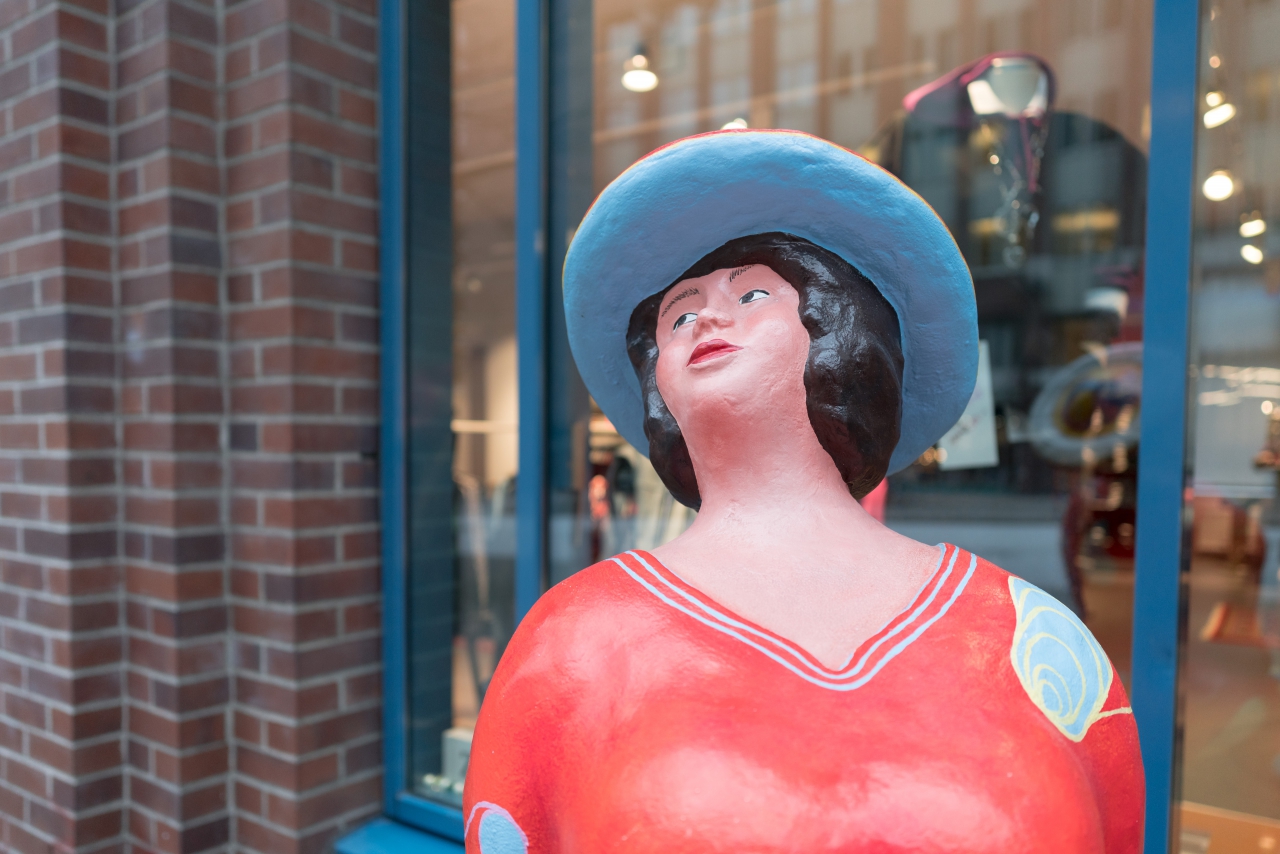 The aperture ring clicks in at 1/3rd stops if desired, or it will turn completely clickless for infinitely variable adjustment during filming. You choose this by turning a screw on the mount with a small key that is included. You can also see the set value displayed without clicks in the viewfinder of your camera. The lens also has a depth of field indication between the aperture ring and the focus ring. At the rear is a thick gasket to properly seal the connection to the mount. That gasket is so thick that you really have to put a little bit of force into changing the lens. And that is actually the only thing that is not great about the Loxia lenses. Changing lenses is a bit tricky. That is a small minus, but not unimportant because you will probably change lenses with fixed focal points more often than zoom lenses. That it is somewhat difficult is because both the aperture ring and the focus ring turn. The ring in between, the one with the depth-of-field indication on it, does not, and that is where you actually have to grab the lens to change it. But that ring is very thin and also has little grip. In practice, you often have to first turn the aperture ring to one of its extreme points before the lens itself will turn. As a result, the turn required to change a lens is much greater than necessary. If Zeiss had made the non-rotating part slightly larger, or slightly thicker in diameter, preferably with a good serrated edge on it, then this problem would not exist. But that would of course detract from the minimalist design.

We have often observed that vignetting with Zeiss lenses is somewhat higher than with many other brands. It is a bit of a characteristic of the Zeiss lenses. And to be honest, we don’t find that a problem either. There are many photographers who actually add it to their shots in order to direct the viewer’s attention to the center of the frame. It can therefore be part of your visual language as a photographer. And if that’s the case, then this Loxia is ideal. In RAW, it shows vignetting of about two stops. In jpeg, with the correction in the camera, only 1.4 stops are left over from that. That is also not very high, and it drops even further, to 1 stop, at f/4, but strikingly enough it does not decrease any further. You can get rid of more of it in the post-processing, at the expense of possibly some extra noise in the corners, but you can also just leave it. The practice shots simply look great at these values..

The Zeiss Loxia 25 mm f/2.4 is not completely free of distortion in RAW, but less than half a percent barrel-shaped is not much, and if you turn on auto-corrections, the image is virtually distortion-free. With cameras with an electronic viewfinder, you will see the corrected image in the viewfinder even before you see it. Because of this, you don’t have to take account of corrections afterwards, and you have a beautiful, undistorted image to set up your composition with. Because the corrected image has so little distortion, you can also use this 25 mm for architectural and interior photography. 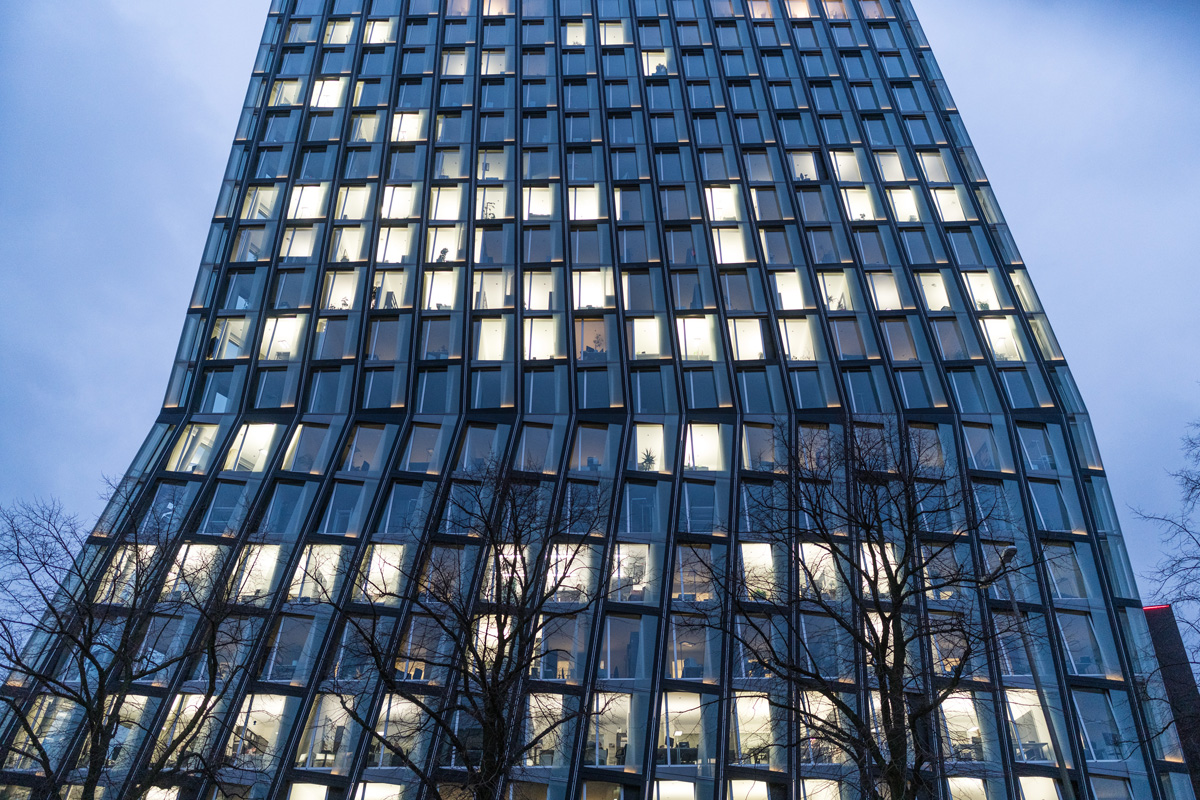 The Zeiss Loxia 25mm f/2.4 performs well, and to be honest, we did not expect anything else. We have also tested the other Loxias, and they are also excellent. The sharpness is very even and shows little gradient from the center to the corners. We could still measure a small gradient, but in practice you won’t see it. The same applies to the sharpness at different apertures. At full aperture, it is just a fraction less than when you stop down two stops to f/5.6. The Loxia achieves the highest values there, but the difference from f/2.4 is very small and, again, barely perceptible in practice. The sharpness does decrease somewhat at f/11 due to diffraction. So, shots at the smallest apertures are best avoided, unless you really need that much depth of field. The lens also has virtually no problems with chromatic aberrations, and that contributes to the impression of high sharpness. With lesser lenses, most chromatic aberrations are often already taken into account in the camera, but all that calculation often results in a slightly less brilliance of the image. The Zeiss Loxia 25 mm f/2.4 is not bothered by that, and you can see that in the beautiful images that you can make with this lens.

The Zeiss Loxia 25 mm f/2.4 is not terribly bright with a largest opening of f/2.4. Still, with this lens you can still take pictures with a considerable background blur. Then you do need a subject that is quite close. The blur in the background is then pretty nice. This is partly due to the good optical design of the lens, which contributes to a more beautiful and calm representation of the blurry areas. Bokeh balls in the background are neatly round in the middle and extend slightly elliptical at the edges. There is no hard edge or onion rings to be seen in the center. Really nice for a wide angle. 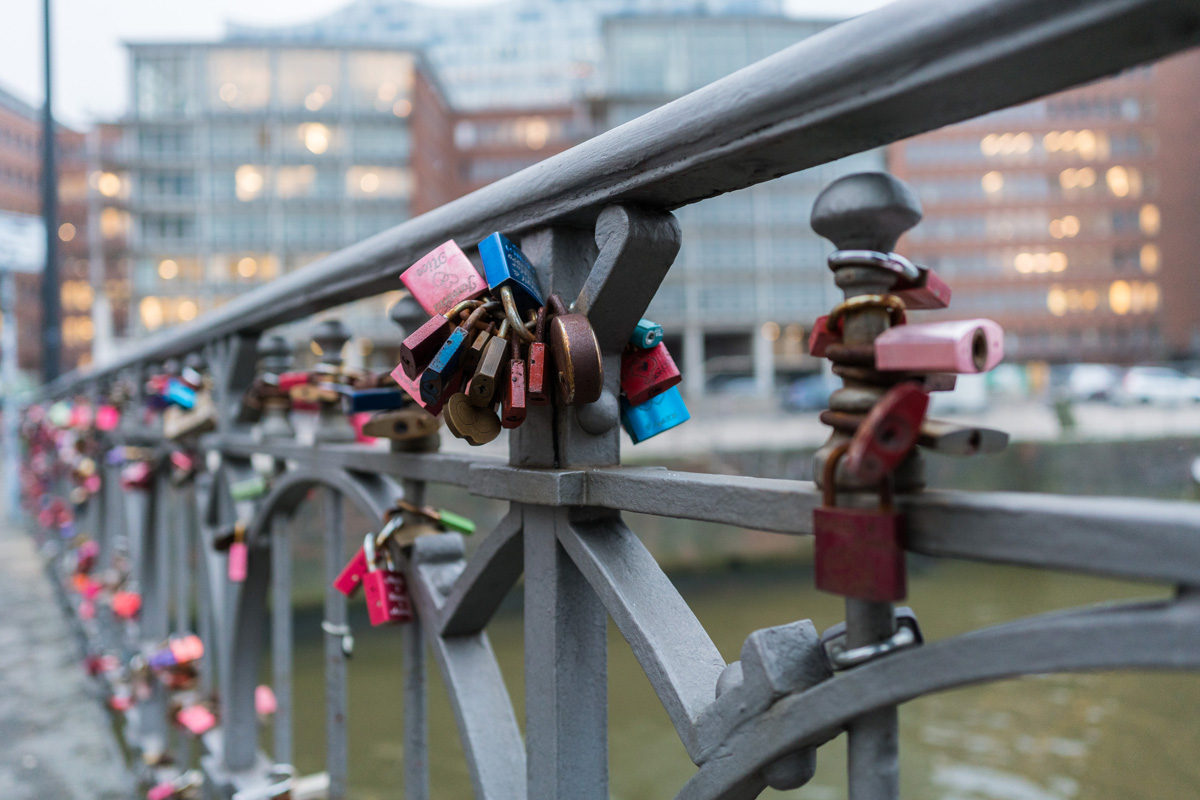 All Loxia lenses have a number of things in common. The diameter of all lenses is the same, the aperture can be made clickless (by turning a screw in the mount), and the focus is manual. Because the lenses do not have autofocus, the focus is completely linear, with hard stops at infinity and up close. This is ideal for the controlled shifting of the focus in a video recording, and it also ensures that the lenses are easy to use in rigs. When you switch between Loxia lenses, you do not have to adjust anything, for example, on your focus puller. The Loxia lenses are therefore not only optically excellent lenses for photography but are also suitable for video work. You can use them well as a kind of mini-cinema prime lenses. 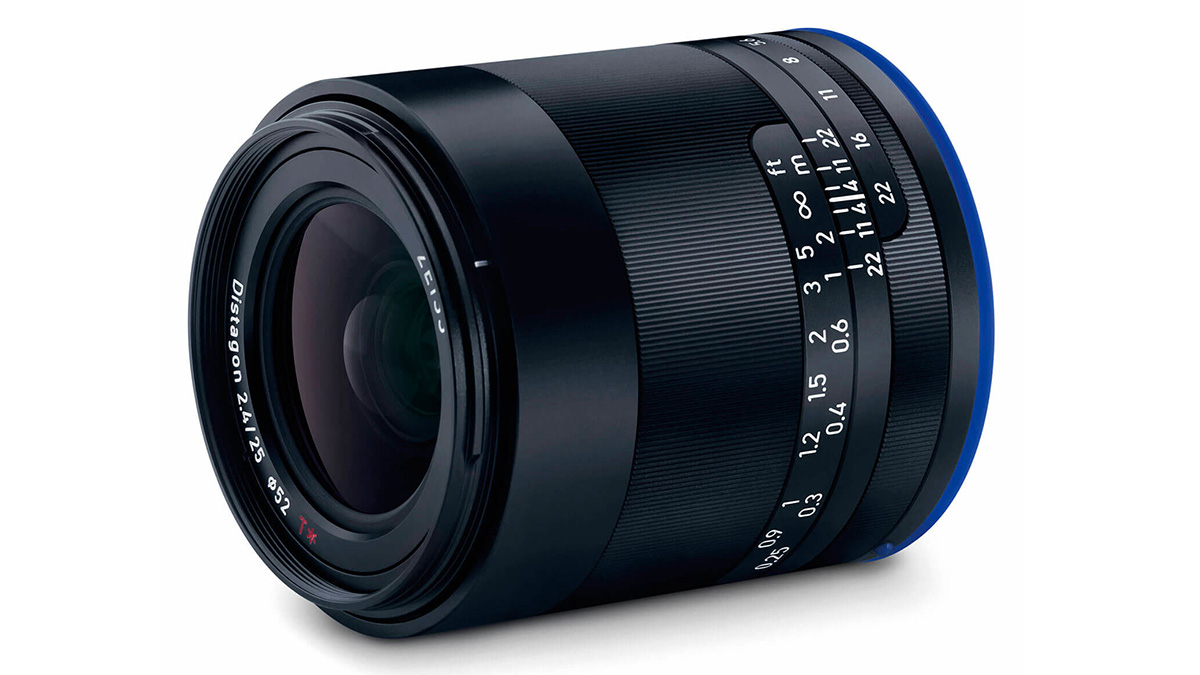 The Zeiss Loxia 25 mm f/2.4 is a very nice wide angle for the Sony system. It is nice and compact and delivers excellent image quality.

The Zeiss Loxia 25 mm f/2.4 is a very nice wide angle for the Sony system. It is nice and compact and delivers excellent image quality. It is a lens for the true enthusiast who wants to go old school with an aperture ring on the lens and manual focus. And it is a perfect lens for the photographer who also films regularly. Or for the videographer who also takes photos.

Once you buy a Loxia, you will probably want more. This highlights both the addictive image quality and the different working method with these lenses. The manual focus with enlargement of the image as soon as you turn the focus ring works very nicely, and if you always work like that, it quickly becomes second nature, and you can do it very quickly. The same applies to setting the aperture on the lens. It works very well, but if you are only used to doing this with a wheel on the camera, then you may have to get used to it. If you work with multiple Loxias, the controls make perfect sense, and you will never go wrong.