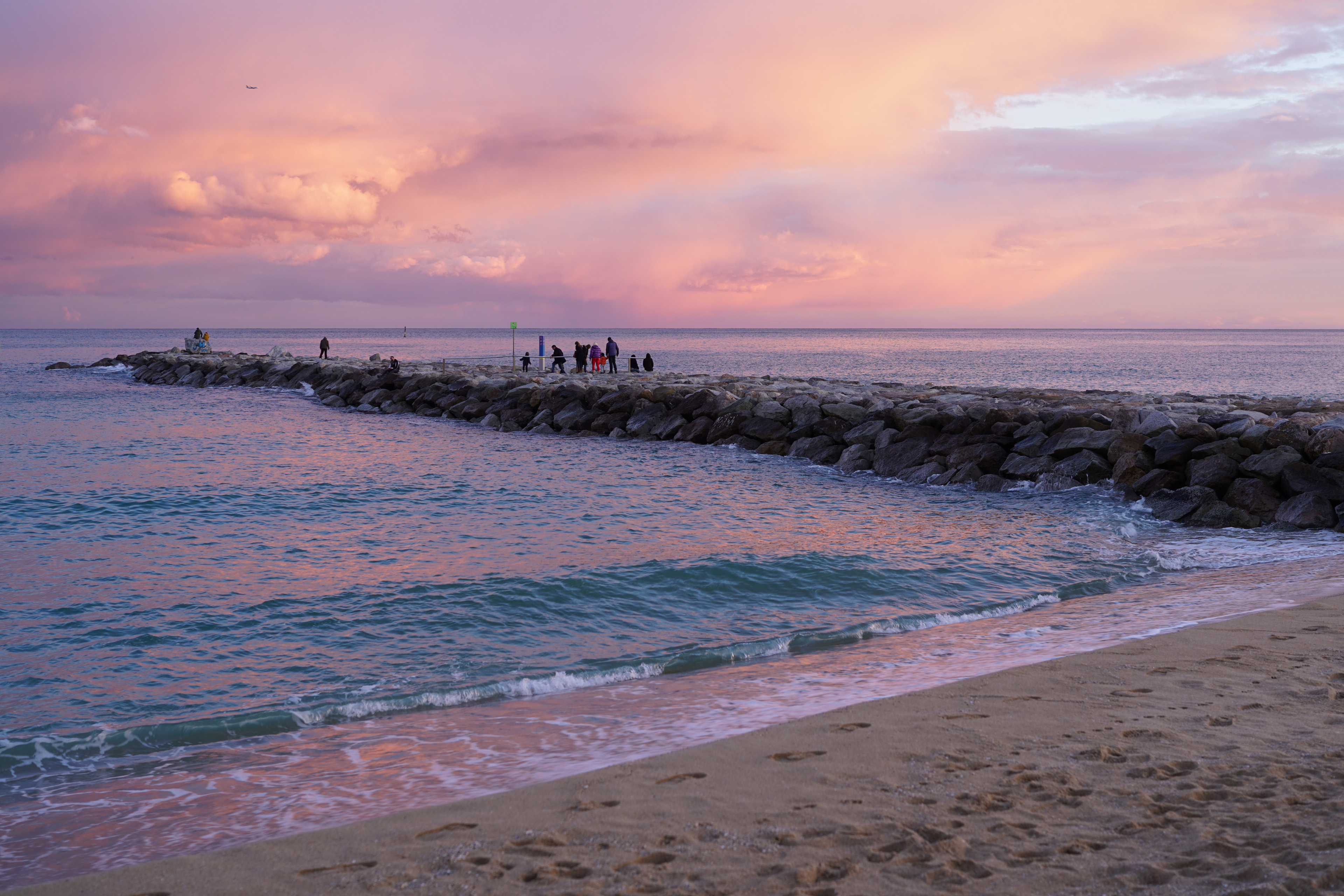 The Zeiss Batis 2/40mm has a focal point that is rather uncommon. But at 40mm, it fits nicely between 25mm and 85mm Batis. It is nice and bright and can also focus very close. That makes it very versatile.

With 40 mm, the Zeiss 40 mm f/2.0 has a somewhat less common focal point. At the same time, it is a focal point that seems to be on the rise again. Sigma recently released a 40mm in the Art series, and there is a 40mm pancake from Canon for the full-frame SLR models. If you look at the definition of a standard lens, namely a lens with a focal point that corresponds to the diagonal of the sensor, then a 40mm is actually a better standard lens than a 50mm. The diagonal of a full-frame sensor is approximately 43 mm. A 40mm is therefore closer than a 50mm. On APS-C cameras, this 40 mm works like a 60 mm on full frame. Then it suddenly becomes a somewhat longer standard lens. 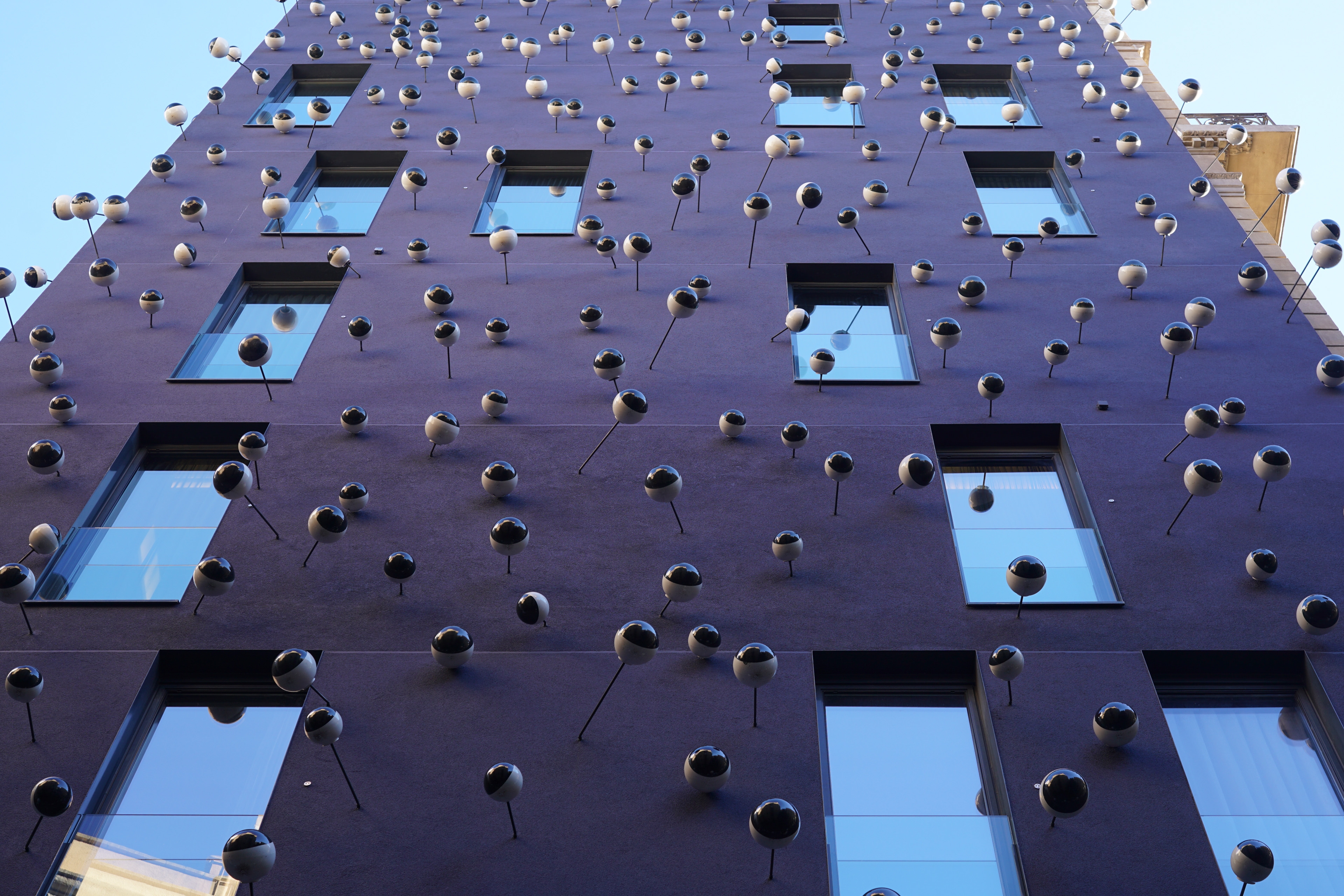 It is not quite long enough to be a real portrait lens, but it is getting close. And it remains versatile, thanks to a special extra option. The Zeiss Batis 2/40mm has the abbreviation CF behind its name. That stands for Close Focus. You can also focus nice and close, so you do not have to bring a separate macro for the smaller details. 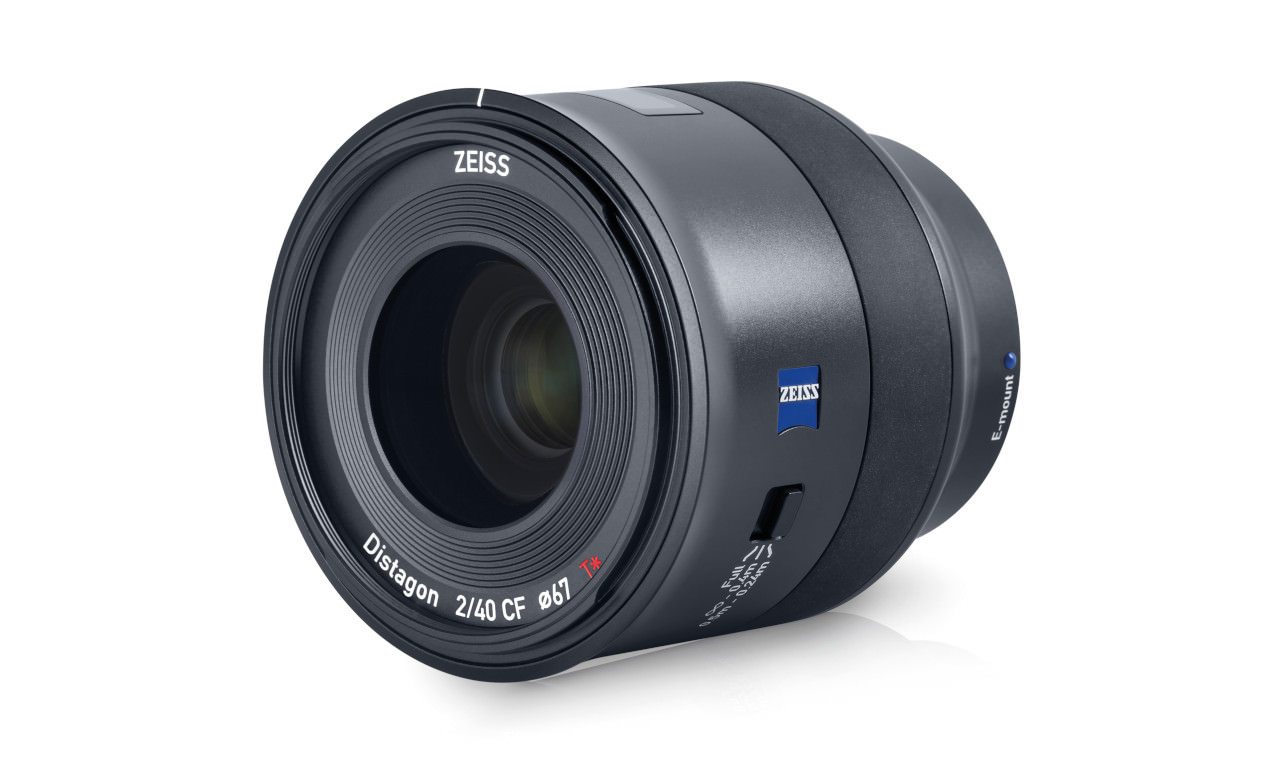 The Zeiss Batis 2/40 CF has the familiar minimalistic design that characterizes all Batis lenses. The lens is slim at the back and gets wider toward the front. The included lens hood fits over the lens backwards and is thus a bit wider. The focus ring is almost smooth and therefore visually forms a whole with the rest of the lens. It also ensures that the ring has little grip and that you can sometimes have a bit of difficulty feeling where it sits, which can sometimes be a disadvantage in practice. This Batis is the only one of the series that has a switch for limiting the focus range. That’s handy, since with close-up shots you can prevent the focus from searching the whole range to infinity or vice versa, searching the close range if you want to focus at two or three meters. The autofocus works quickly and precisely, especially at full aperture, and the focus limiter also helps to prevent unnecessary focusing. The lens has no image stabilization, but that is not a problem because the high-end APS-C cameras from Sony have that. And we assume that you won’t put a lens like this on an entry-level model. The lens is made quite weatherproof, including a gasket on the back to complete the seal on the mount.

For a reasonably bright lens, the Zeiss Batis 40 mm f/2.0 CF has a limited amount of vignetting. And that is striking, because vignetting is often clearly present with most Zeiss lenses at full aperture and seems to be a kind of character trait of Zeiss lenses. On APS-C, of course, it hints that the sensor does not only use the center of the lens’ image circle. This 40mm Batis comes no further than less than a full stop at f/2 in RAW , and that’s quite good. Those who like to have more vignetting in their shots, because it draws the attention so beautifully to the center of the image, will have to add that in the post-processing. De Batis scores well on vignetting. There is also hardly any flare or glare in backlit shots, and loss of contrast with backlit shots is not perceptible. This is a great lens for taking pictures with the sun in frame.

The distortion of the Zeiss Batis 40 mm f/2.0 CF is also very limited. It is a tiny bit barrel-shaped in RAW, and in jpeg that is already corrected to almost zero in the camera. Of course, we did not expect anything else from a standard lens with the price tag of this Zeiss Batis, but it’s nice to see that the lens can also live up to the high expectations. 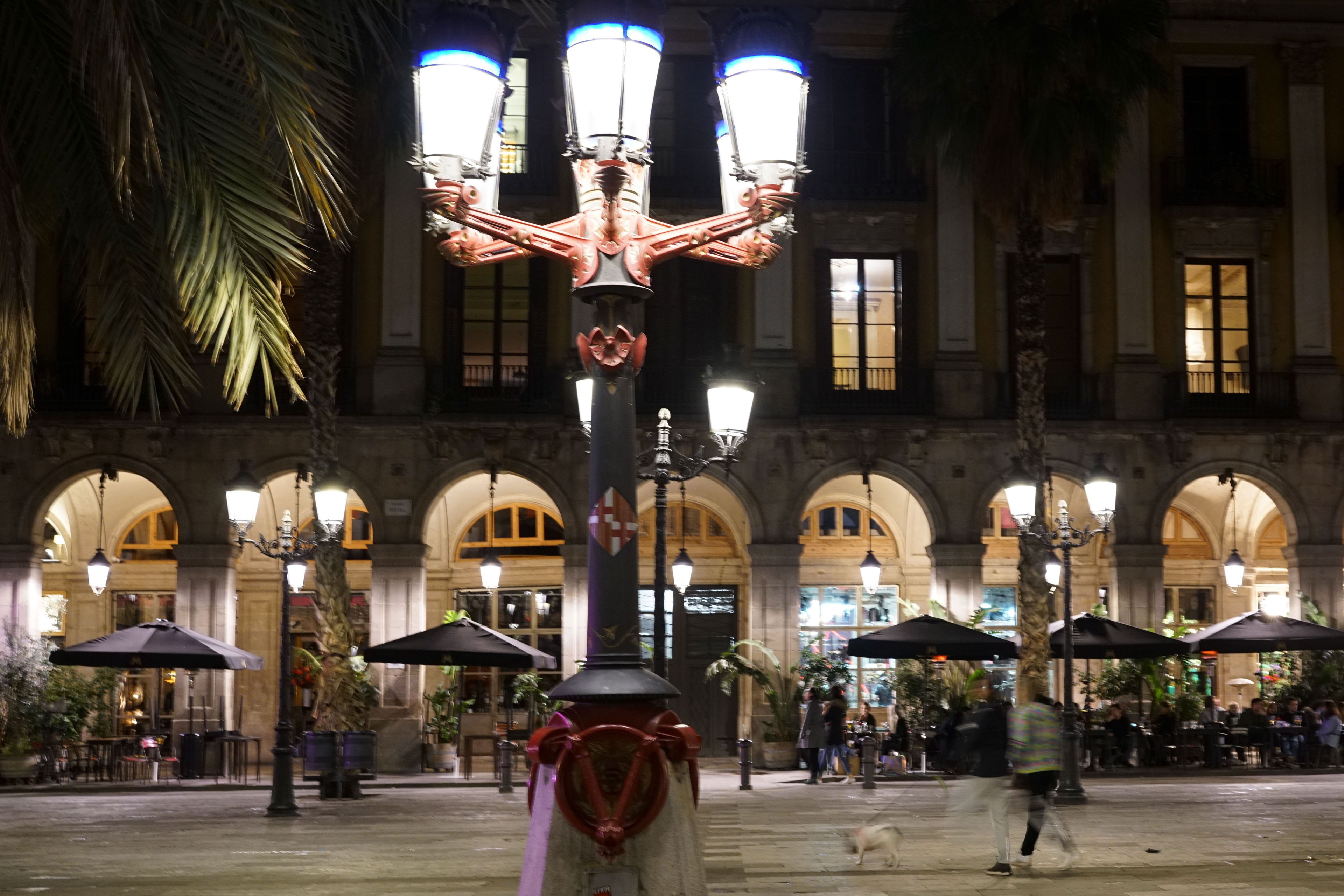 The Zeiss Batis 40 mm f/2.0 CF scores well on sharpness. In RAW, the sharpness at full aperture is not yet optimal, and you certainly benefit from stopping down one or two stops. If you shoot in jpeg, the built-in corrections ensure that the sharpness over the entire image field and over all apertures is virtually the same, with a slight gradient to the corners.

Chromatic aberrations are almost impossible to find in the pictures. This 40 mm Batis also suffers very little from longitudinal chromatic aberration, a phenomenon where blurred parts in the foreground of the photo lean towards magenta and blurred parts in the background tend toward green. You can see a bit of it in the photo below, taken at a short distance at full aperture with half backlighting. Many other lenses would have more trouble with this, but the Zeiss Batis 40mm f/2.0 CF does an exemplary job. 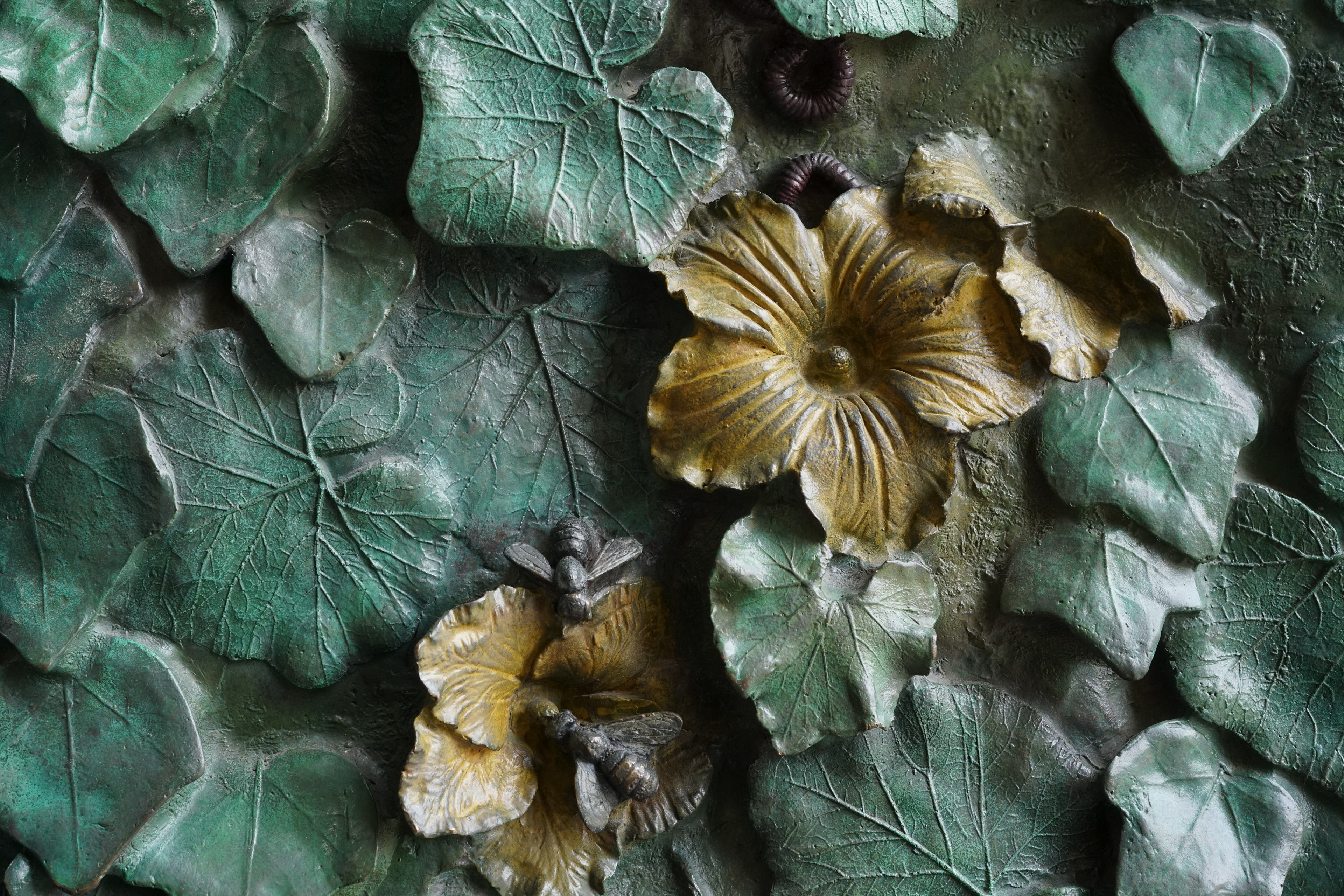 The Zeiss Batis 2/40 CF differs from other bright standard lenses not only with its deviating focal length, but also due to the ability to focus very close. The shortest setting distance is 24 cm measured from the sensor. If you measure from the front lens, you’re left with 14 cm of workspace between your subject and the lens. That’s not much for photographing shy critters, but more than sufficient for shots of details or, for example, close-up food photography. On APS-C, this brings you almost to 1:2, and then you are already quite close to a real macro lens. With the macro capabilities of the Zeiss Batis 2/40 CF, you will come a long way on APS-C, and if that’s sufficient, you don’t have to take an extra macro lens with you. And that’s a plus.

The Batis is not equipped with printed or engraved markings for the distance setting or the depth of field. Zeiss has come up with something unique for this: an OLED screen on the lens. This shows in black and white the set distance in meters or feet and the depth of field at the set aperture. The advantage of an electronic system is that the information can adapt, and the Batis takes advantage of that. For example, the indication for the depth of field adapts to the sensor size. The screen can also be read in the dark and can be switched off when needed. Zeiss shows what can be set and how it works in the following video:

Curious about the performance of the Zeiss 2/40 CF in practice? Click on the button below and visit our renewed web gallery with sample images. The images can be downloaded in full resolution to be viewed at 100%.

The Zeiss Batis 2/40 CF is a particularly good lens, although it may not be the most obvious lens for an APS-C camera, due to the somewhat unusual field of view. But if you already have the previously released Batis 25mm and Batis 85mm, it fits nicely in between. It is also weatherproof and offers a nice close-focus option. If you use not only APS-C but also full frame (and that would make sense, if you invest in an entire Batis set), then this lens is a very good choice.