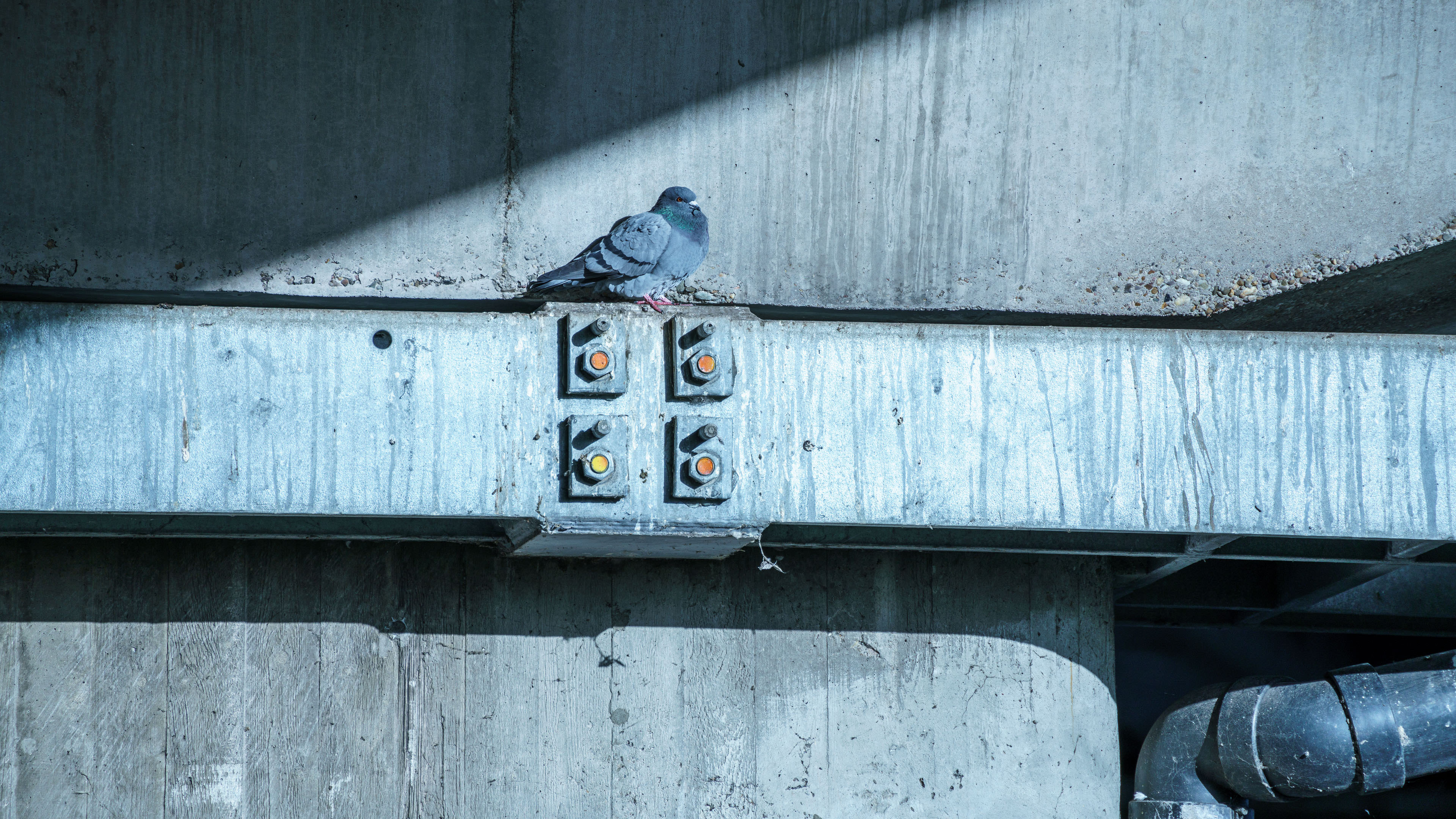 The new Tamron 70-300 mm F/4.5-6.3 Di III RXD is the lightest telephoto zoom in its class for Sony full-frame cameras. It’s also very affordable. Tamron manages this by, for example, leaving off extra switches and image stabilization in the lens. Combined with high image quality, this may become a very popular zoom. 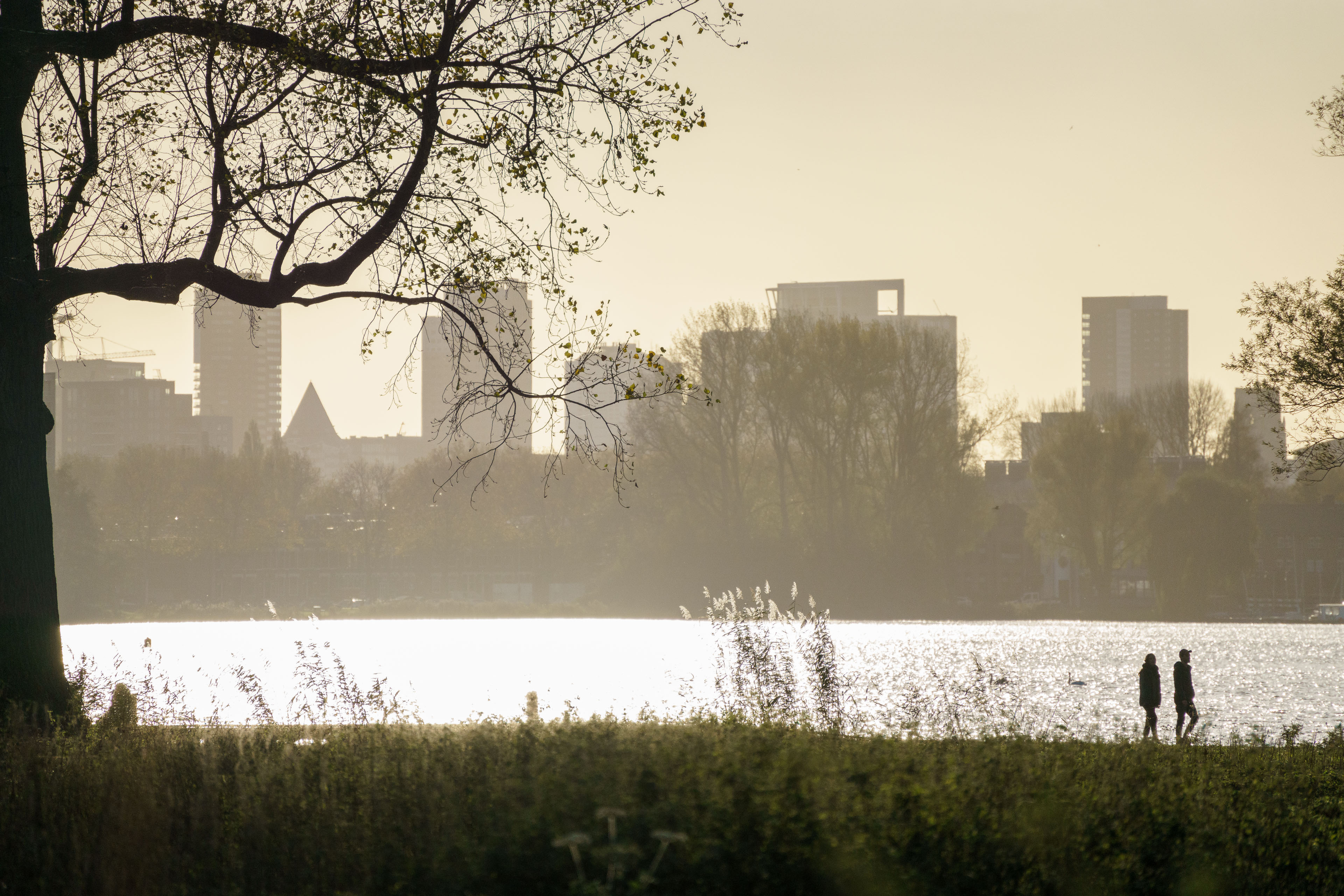 The Tamron 70-300 mm F4.5-6.3 Di III RXD is a new, long telephoto zoom for Sony cameras with E-mount. It is suitable for full-frame sensors and is therefore a direct competitor of the Sony FE 70-300 mm F4.5-5.6 G OSS. Tamron asks for the 70-300 mm F4.5-6.3 Di III RXD less than half what Sony does for its 70-300 mm. The Tamron is also more than 300 grams lighter and slimmer. The difference between the two lenses is fairly easy to explain. Tamron uses plastic for the housings, which makes the lens lighter. The lens is slightly less bright at 300mm and does not have image stabilization, which makes it easier to design, allows it to be smaller and therefore also a lot cheaper. 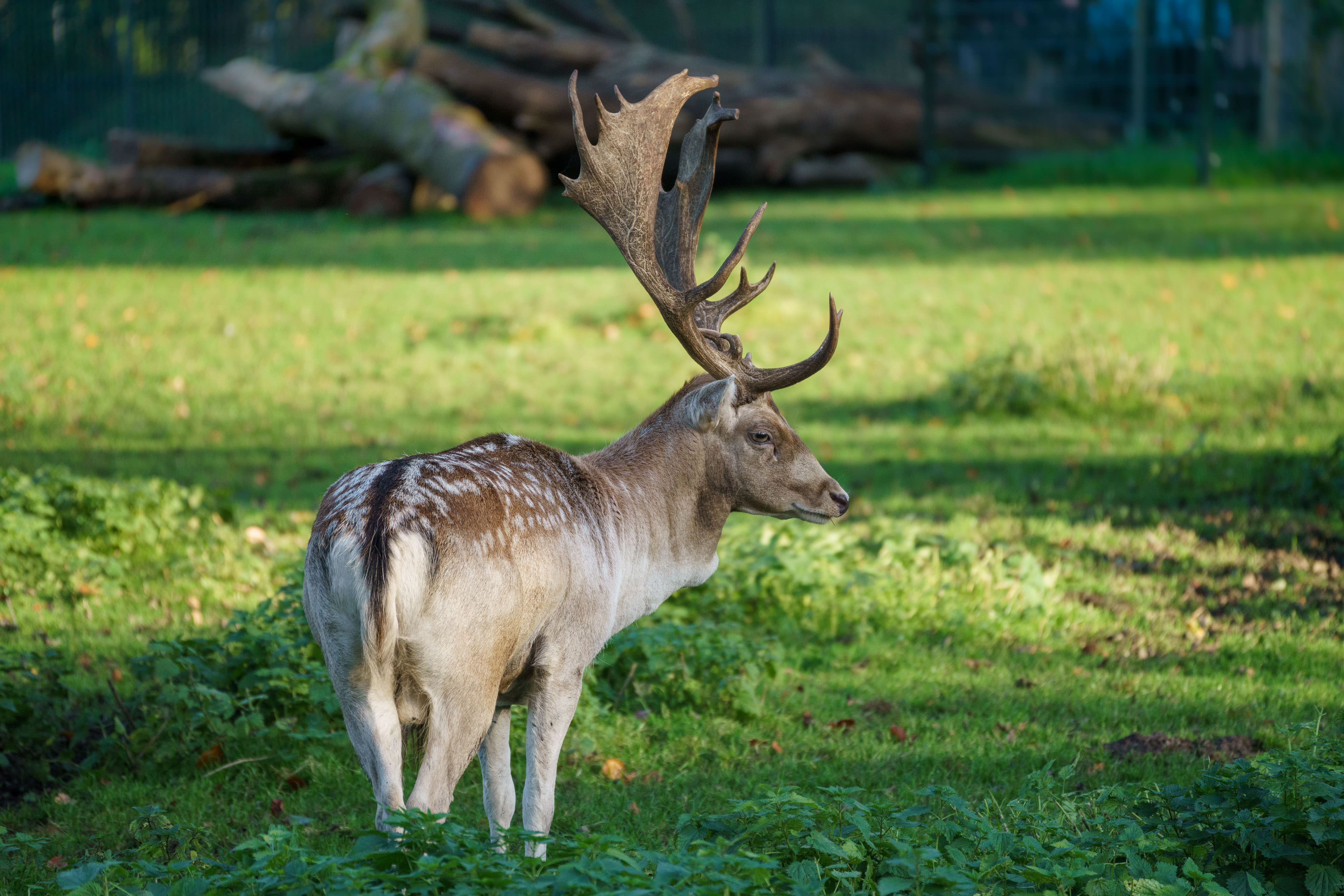 For that low price, you get quite a lot of lens: the world’s smallest and lightest telephoto zoom lens for full-frame mirrorless cameras (Tamron). It is certainly light, with a weight of only 545 grams. That’s even 80 grams lighter than the Sony E 70-350 mm F4.5-6.3 G OSS for the Sony APS-C cameras. The Tamron is also extra sealed against dust and moisture, so you can also use it under less-than-ideal conditions. The 70-300 mm F4.5-6.3 Di III RXD can also use all the AF capabilities of modern Sony cameras. 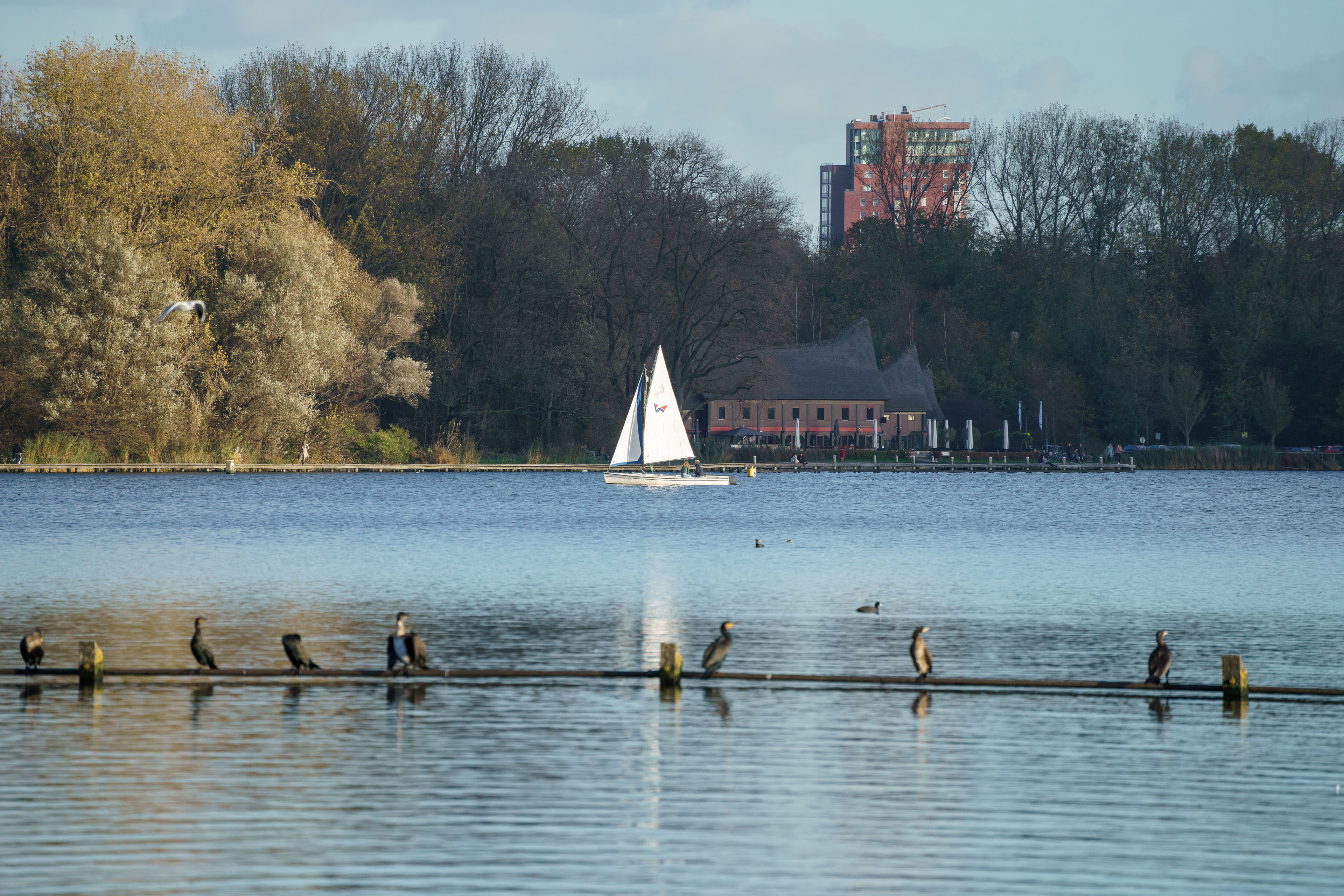 The absence of switches and image stabilization is something to think about. Those switches aren’t really a big problem. You can also change from autofocus to manual on the camera. The absence of image stabilization is something that may certainly be missed at the somewhat longer focal lengths. The built-in image stabilization in camera bodies becomes less and less effective as the focal length increases. If you prefer short shutter speeds, because you want to photograph moving subjects such as cars or birds, that’s no problem. But for longer times, you’ll need a tripod sooner than you will with the Sony. 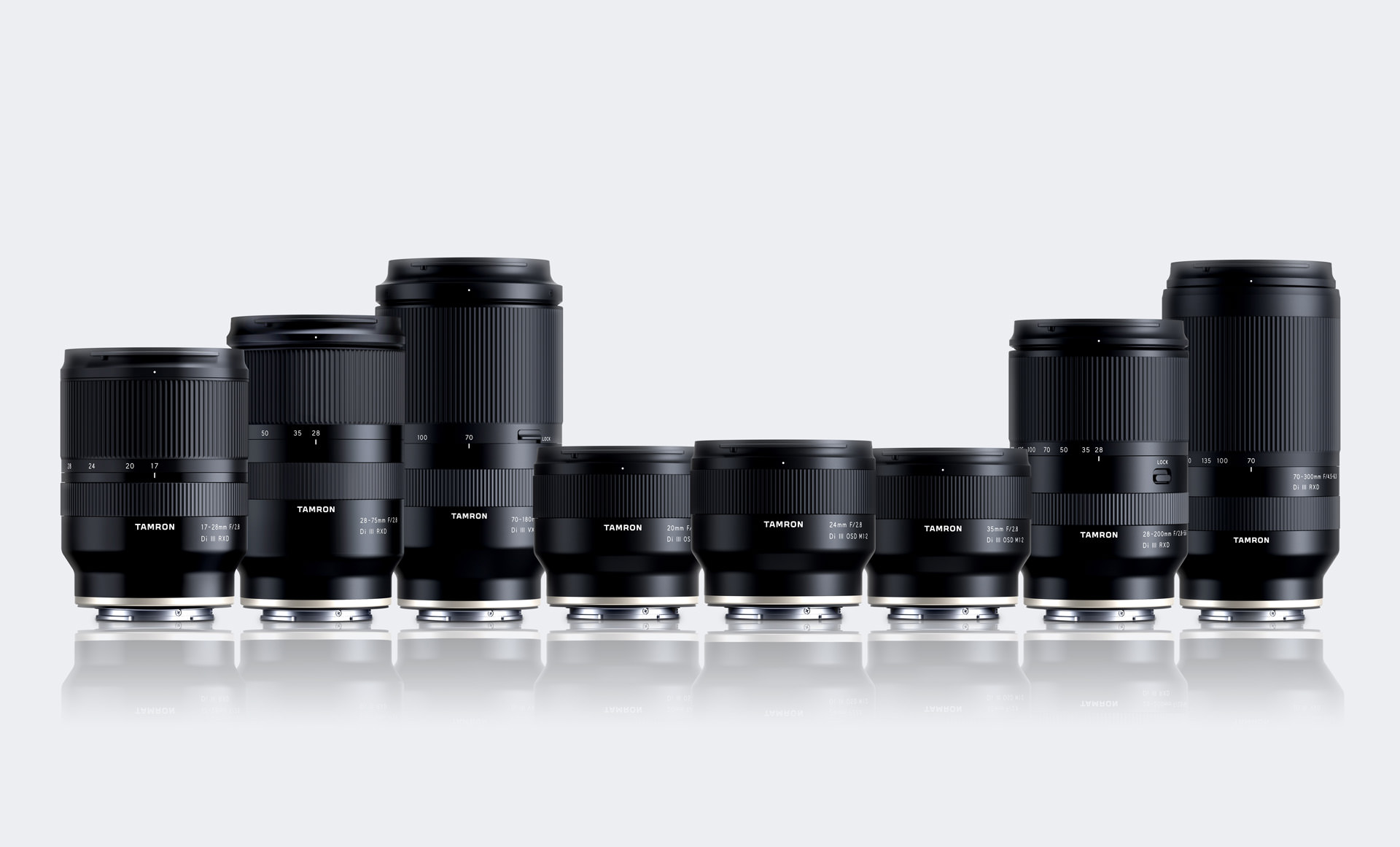 If you just look at the price, you can hardly expect the Tamron to come close to the Sony when it comes to image quality. But Tamron has recently introduced other sharply priced lenses that score well. For example, look at the performance of the Tamron 28-200mm F2.8-5.6 Di III RXD. We can spill the beans: this Tamron 70-300 mm F4.5-6.3 Di III RXD scores very well and is certainly a direct competitor of the Sony FE 70-300 mm F4.5-5.6 G OSS. 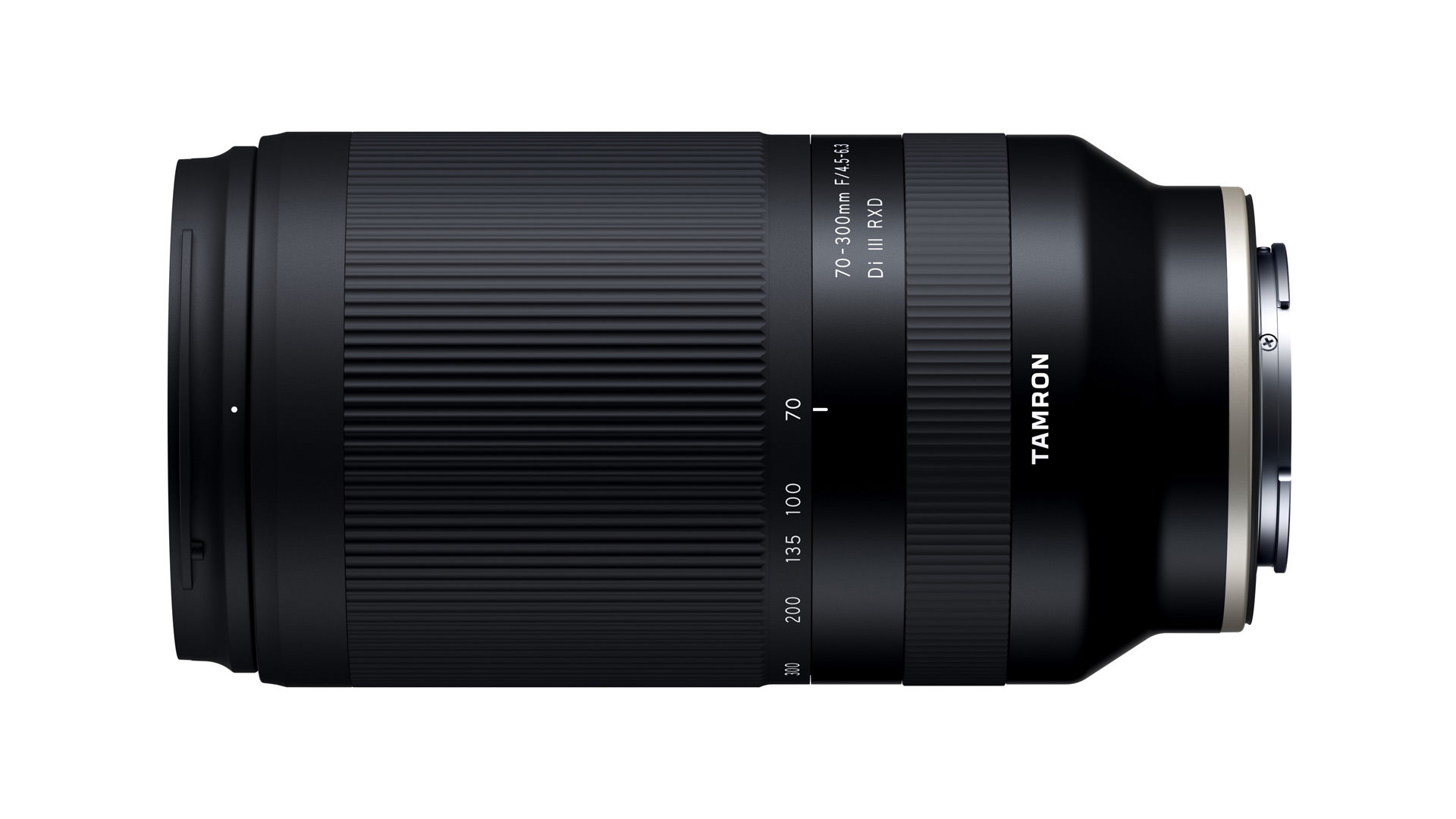 The Tamron 70-300 mm F4.5-6.3 Di III RXD looks very familiar to those who know Tamron’s recent series of lenses for Sony E mount. It has a satin-black plastic housing that is light and scratch-resistant. The lens also has 5 gaskets that protect it against moisture and dust and a gasket on the back that should ensure a seal of the connection to the camera. On a lens in this price range, that is far from standard. 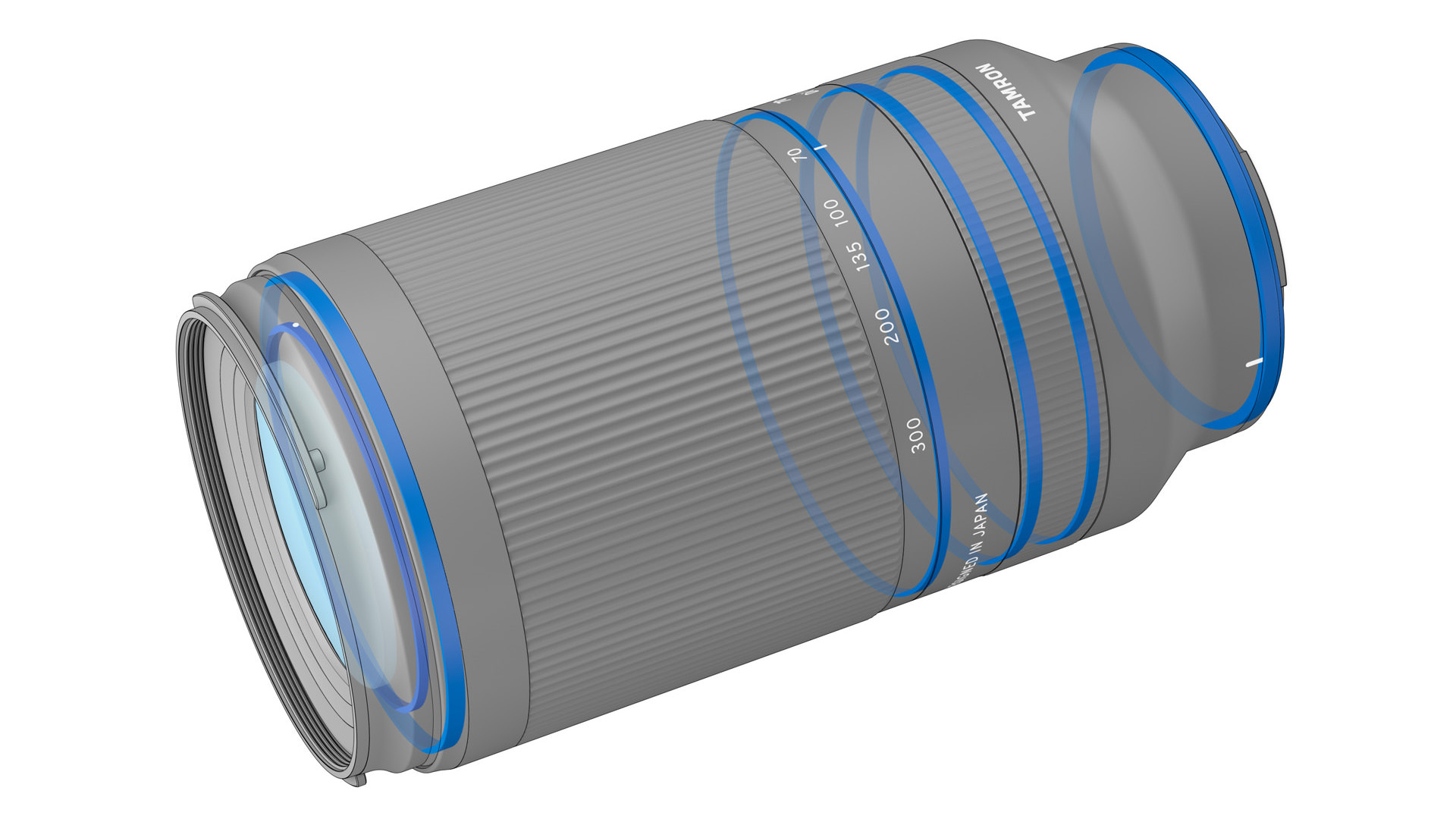 The length of the lens is approximately the same as that of the Tamron 70-180mm f/2.8 Di III VXD. The back of the two lenses is almost identical. The new 70-300mm F4.5-6.3 Di III RXD has a slightly wider zoom ring and a slightly narrower focus ring. As with all zooms in this series, the focus ring is behind the zoom ring, close to the camera. Anyone who already has a few Sony zooms may have to get used to that. The lens also has no switches for, for example, AF/MF or image stabilization. The latter is not so strange. The 70-300 mm F4.5-6.3 Di III RXD has no built-in stabilization. 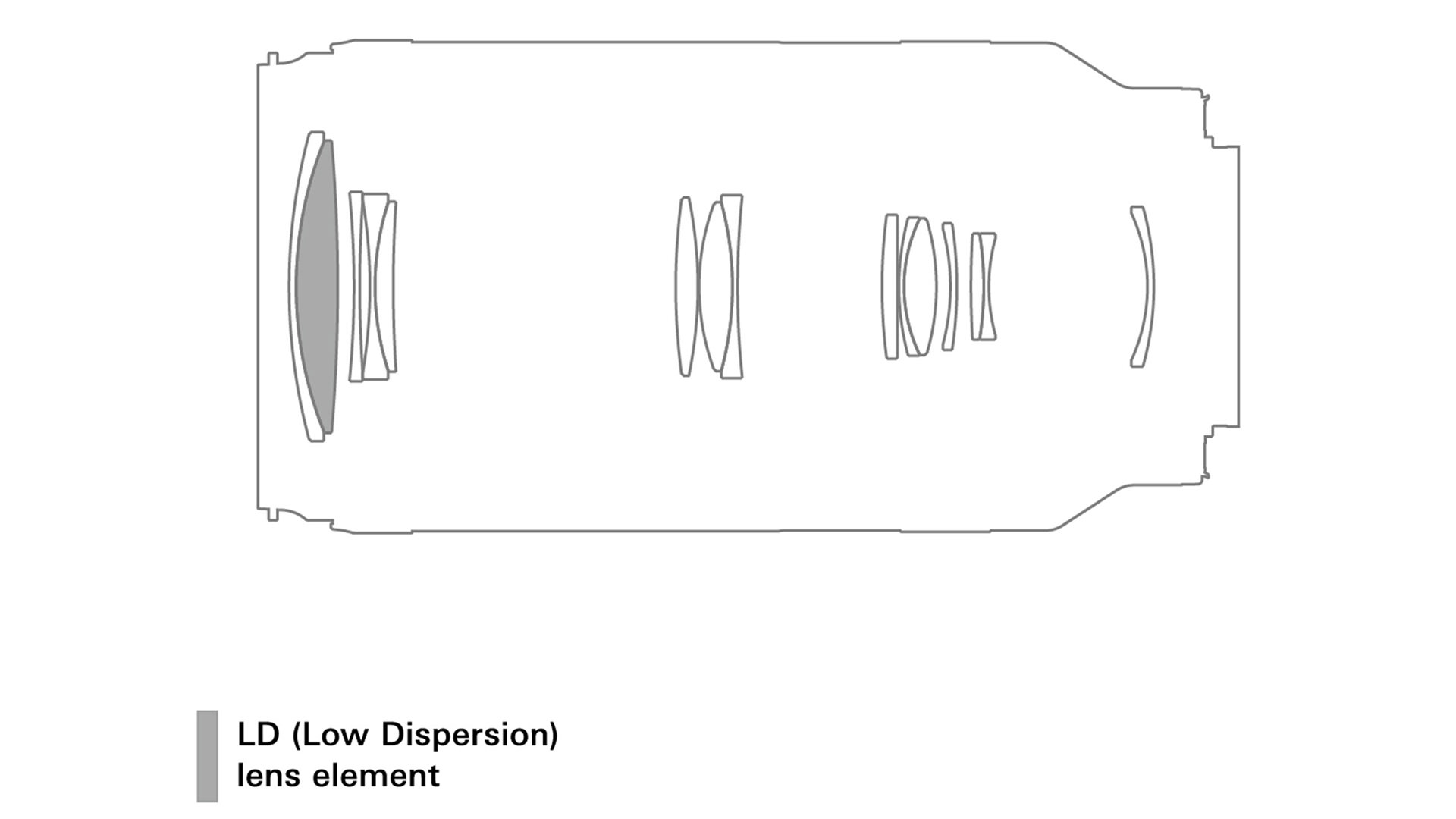 On the inside are 15 lens elements in 10 groups and a diaphragm that consists of seven blades. Despite this relatively low number, the aperture remains round from full aperture to two stops down. That lens design does include an LD (low dispersion) element, but no other exotic elements. However, the elements are equipped with Tamron’s own BBAR coating, which performs excellently on other, recent zooms. 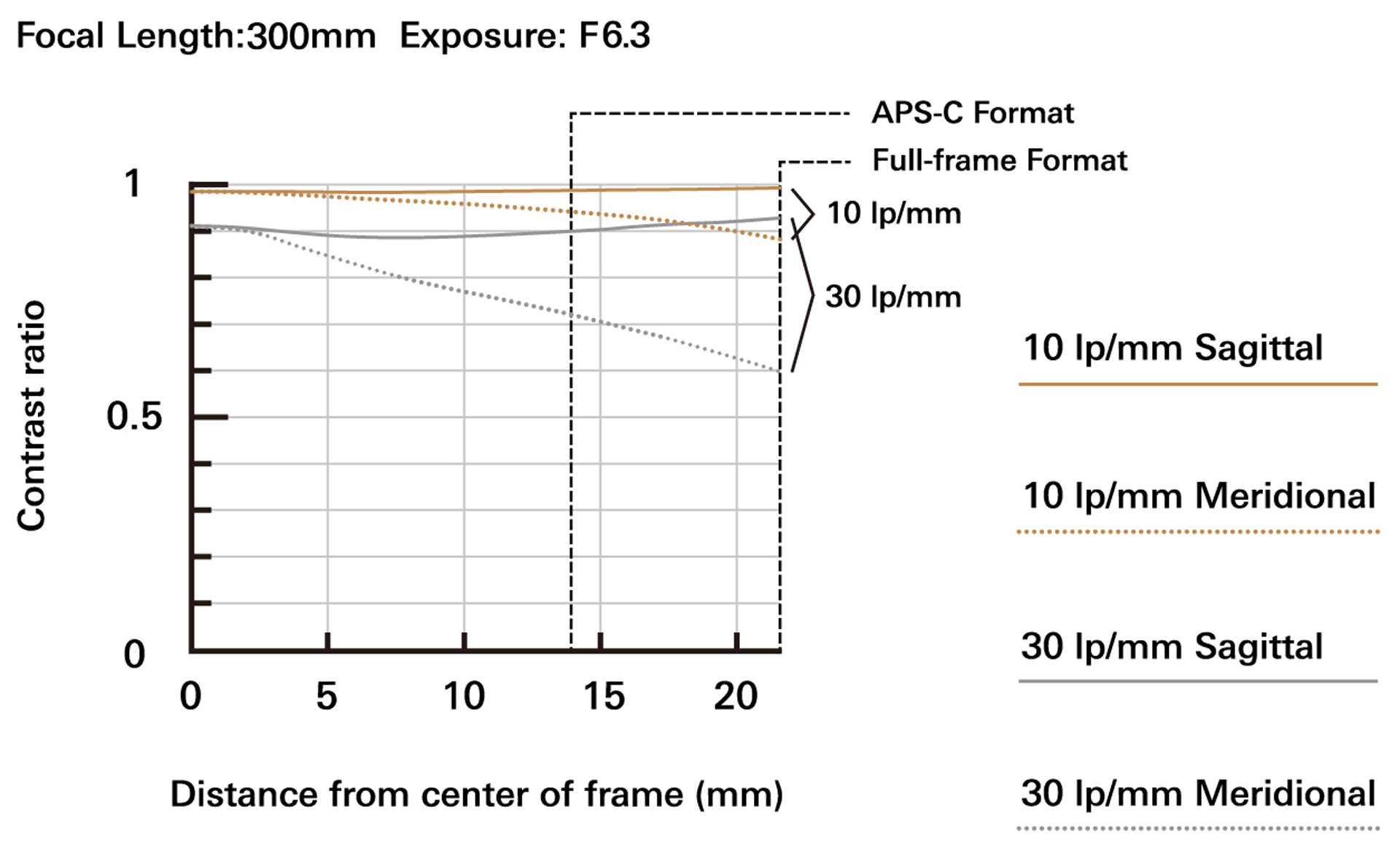 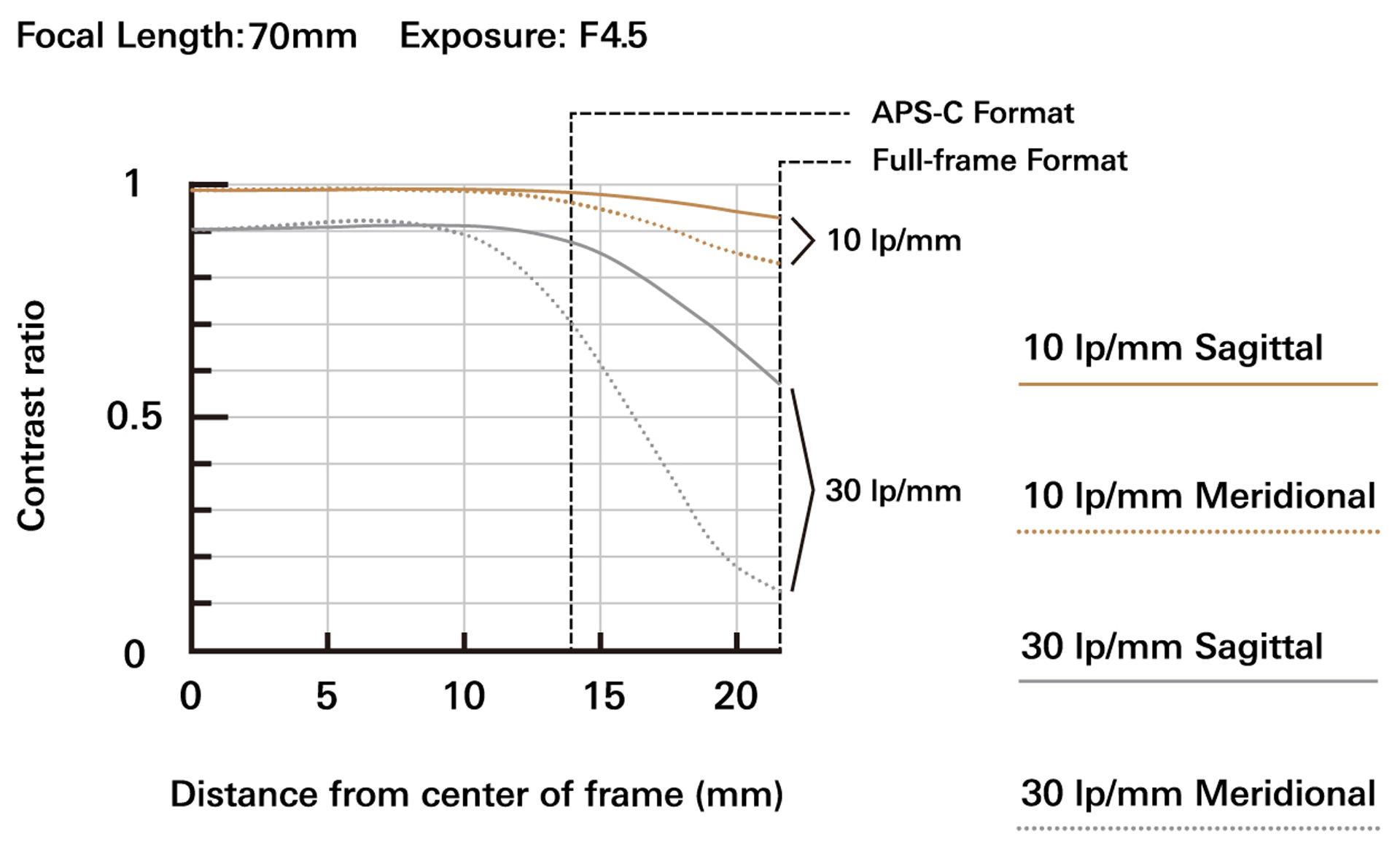 Based on the MTF curves, it appears that the Tamron has less gradient to the corners at the 300mm position than at the shortest, 70mm, position. Often it’s the other way around. But for a lens that you probably buy mainly because of the long focal lengths, that’s a good thing. In practice, we see that the sharpness over the entire range is very good. At all lens openings and over the entire range, the sharpness in the center is very good. Especially at short distances, the corners have a bit more trouble, and it’s a good idea to stop down about two stops. At (medium-) long distances, the gradient to the corners is much less, and it all looks fine. It does not quite reach the high sharpness of, for example, the Tamron 70-180mm, but it comes quite close.

Chromatic aberrations are very well suppressed. Even with large contrast differences, hardly any color defects can be seen. The Tamron 70-300 mm F4.5-6.3 Di III RXD even has significantly less chromatic aberration in the corners than the much more expensive 70-180 mm. The 70-300mm also has little trouble with backlight, although you can get some color spots in extreme situations. Sun stars are nearly impossible to create, even if you stop down considerably.

The Tamron 70-300 mm F4.5-6.3 Di III RXD with lens corrections has almost no distortion. In the RAW files, you can see clear pincushion-shaped distortion from about 100 mm, but modern lenses for mirrorless cameras should be used with lens corrections. What the lens does struggle a bit with in the jpegs is vignetting. On the short side of the zoom range, you can see some of it at full aperture, and it isn’t entirely gone at 135mm either. From 150 to 300 mm, you no longer have any problems with it.

The lack of image stabilization could be a downside of this lens. Almost all new Sony models have stabilization in the camera, but it becomes less effective as the focal length increases. In practice, we were able to get sharp shots up to 1/13th second by hand. But that only works if you are rested and standing (or sitting) in a stable position.

If you have just been active, the lower limit for shutter speed is a lot higher. But it is clear that the image stabilization works. Only it’s more like two or three stops rather than the five you can get with lenses with shorter focal lengths. Whether that’s a problem depends on your subject. At 300mm, everything is enlarged 6x compared to a standard lens. That means that if your subject just a bit, that movement is also amplified 6x. As a result, you will soon need a shorter shutter speed with a subject that can move.

Although the lens is not very bright, you can still get a lot of background blur with it by using long focal lengths. The quality of that background blur, the bokeh, is also quite nice. 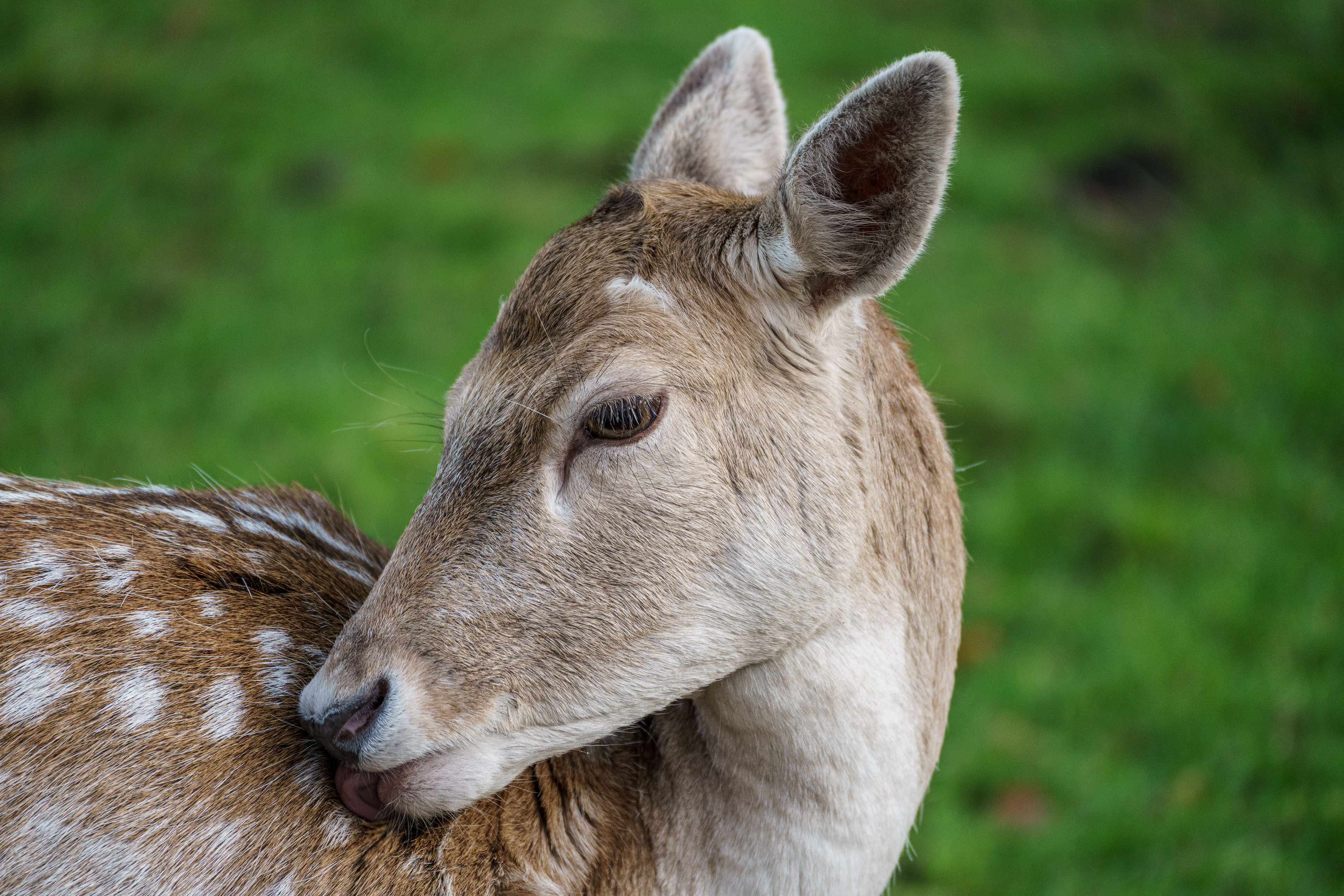 The Tamron is a very nice telephoto zoom that you won’t want to leave at home.

The Tamron 70-300 mm F4.5-6.3 Di III RXD is a very attractive telephoto zoom for the Sony system. It’s light and compact. It’s relatively inexpensive and optically very good. The lack of image stabilization means that you have to pay a little more attention to your shutter speeds than with lenses with stabilization. But it’s not a huge disadvantage. Therefore: highly recommended.