In 2014, we tested a Tamron f/2.8 70-200 mm in the Canon version. Today, we are describing the latest version of this lens, this time in the version with a Nikon F-mount. The new lens has improved image stabilization and autofocus, and extra attention has been paid to weather resistance. What has remained is the reasonable price, which makes this 70-200 very attractive. 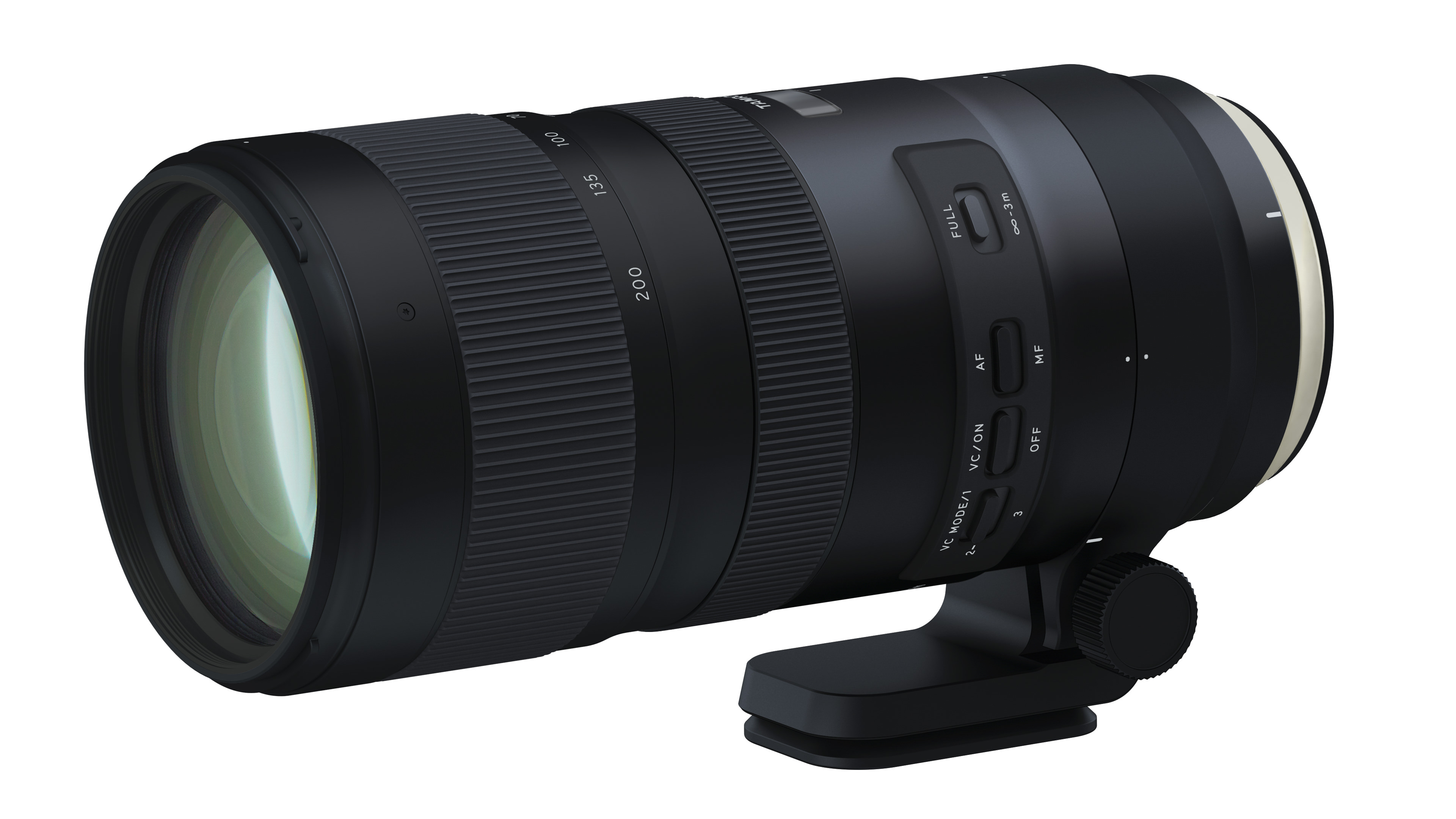 Zoom lenses with a range of 70-200 mm are popular among documentary photographers. They are an excellent addition to the usual standard 35-70 (or 24-70), they are still manageable and – not unimportantly – still affordable. But beware: there are big quality differences. Today’s test lens, the Tamron f/2.8 SP Di VC USD belongs to the highest segment and has to compete against the 70-200 f/2.8 from Nikon itself. That is no small task. The high brightness of these lenses is of course handy in low light, but the most important advantage is the shallow depth of field that you can achieve with them. You can also use an f/2.8 in combination with a teleconverter. With a maximum brightness of f/4 or sometimes even less, that does not work because then the autofocus often doesn’t work anymore.

The first sight of the lens is impressive! Sleek design and impeccably finished. The lens is excellently sealed and has, among other things, a rubber sealing ring at the mount. The teleconverter also has such a ring, so that the Tamron SP 70-200 f/2.8 also remains splash-proof with the use of the converter. The lens is big and heavy (about 1500 grams) but Nikon’s is too. There is also a lot of glass in it: 23 elements in 17 groups. The filter size is 77 mm, just like that of the Nikon. The old model still had a focus clutch, with which you could switch from autofocus to manual focusing by pulling the focus ring backwards. With the new one, that focus clutch has been omitted and an AF-MF switch has been chosen. The lens has no fewer than four controls, and they fit together nicely: AF/MF switch, AF limiter and two switches for the vibration reduction. What’s nice is that with this new Tamron, you can now also limit the focus range to 3 meters. This prevents unnecessary searching in the nearby area, for example for sports or nature photography. The zoom ring is at the front of the tube, the focus ring at the back. Somewhat less handy is that with the lens hood mounted backwards, you can’t reach the zoom ring, and you need that more often than the focus ring. There is a tripod collar with an interchangeable plate for a quick coupler. The bolts and even an Allen key are included – class.

The autofocus is fast (about 500 milliseconds) and gives nothing up to that of the Nikon. As far as the shortest setting distance is concerned, the Tamron wins handily: approximately 95 cm versus 1.4 meters for the competitor. This is a really big advantage, especially for portrait photography. For a really close portrait, you still need a minimum setting of around one meter, and this Tamron offers that. The focus ring of the Tamron also has a bigger arc, which is nice for fine tuning. 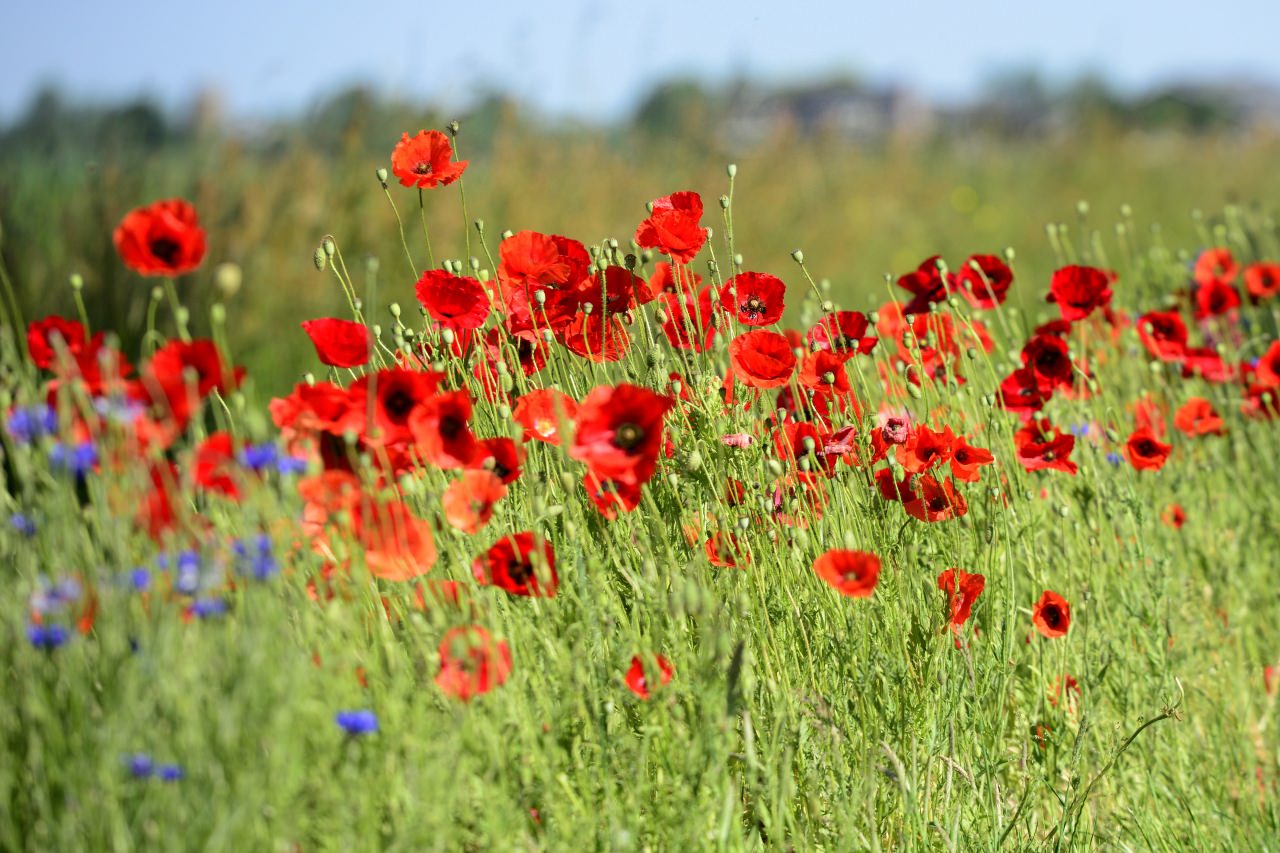 The image stabilization (Tamron calls it VC, vibration compensation) has the modes on and off, and within the “on” mode, three options: standard, panning (so only vertical compensation) and a third mode where the VC is only activated at the moment of capture. You don’t have a stabilized viewfinder image then, but according to Tamron it should produce the most effective stabilization. The effect of VC is usually stated by manufacturers in numbers of stops. For the Tamron, that should be 4. Something like that is always difficult to prove in a laboratory test. In the practice shots in the zoom setting at 200 mm at 1/40 second, most of the shots were sharp. At shorter shutter times, all the images were sharp.

The Tamron SP 70-200 F/2.8 Di VC USD G2 can also be combined with a new 1.4x and 2.0x converter. In general, the 1.4x converters deliver the best balance between extra range and loss of quality. But this time, we were also curious about the performance of the 2x converter, especially because with this lens and a 2x converter, you get a 400mm equivalent lens. On a DX camera like the D7200, the field of view is even equal to a 600mm. For photographers who occasionally do some nature photography or those who go on safari once and do not want to buy an extra-long telephoto, this is an interesting option. Teleconverters generally amplify the lens errors of the lens. If you use them in combination with a lens that already suffers from blurred corners or chromatic aberration, then the image with converter is often not usable. Only the very best lenses hold up when you combine them with a 2x converter, and the Tamron SP 70-200 f/2.8 is that kind of lens. The exciting news is that the Tamron SP 70-200 mm can be used with a 2x converter on both an FX and a DX camera. The corners show hardly any loss of sharpness, the contrast remains nice and high, and there is almost no increase in chromatic aberration.

One of the concerns that is sometimes expressed when purchasing an off-brand lens is: what if Canon or Nikon changed something that caused my Tamron to stop working properly? These concerns are not completely unjustified, because this has occurred several times in the past. Camera manufacturers can use software updates to change something, for example, in the autofocus algorithms, so that their own lenses perform better, but lenses from other brands do not. In the past, off brand lenses had to be returned to the importer for an update of the chip. Sometimes that was free, but often it had to be paid for. Those times seem to be over with the introduction of the TAP-in Console. This is a device to which you can connect the lens, after which you can place firmware updates on the lens via the computer. This allows Tamron to make existing lenses completely up to date again after an update by Nikon or Canon. The TAP-in Console can also be used very nicely for fine-tuning the autofocus. 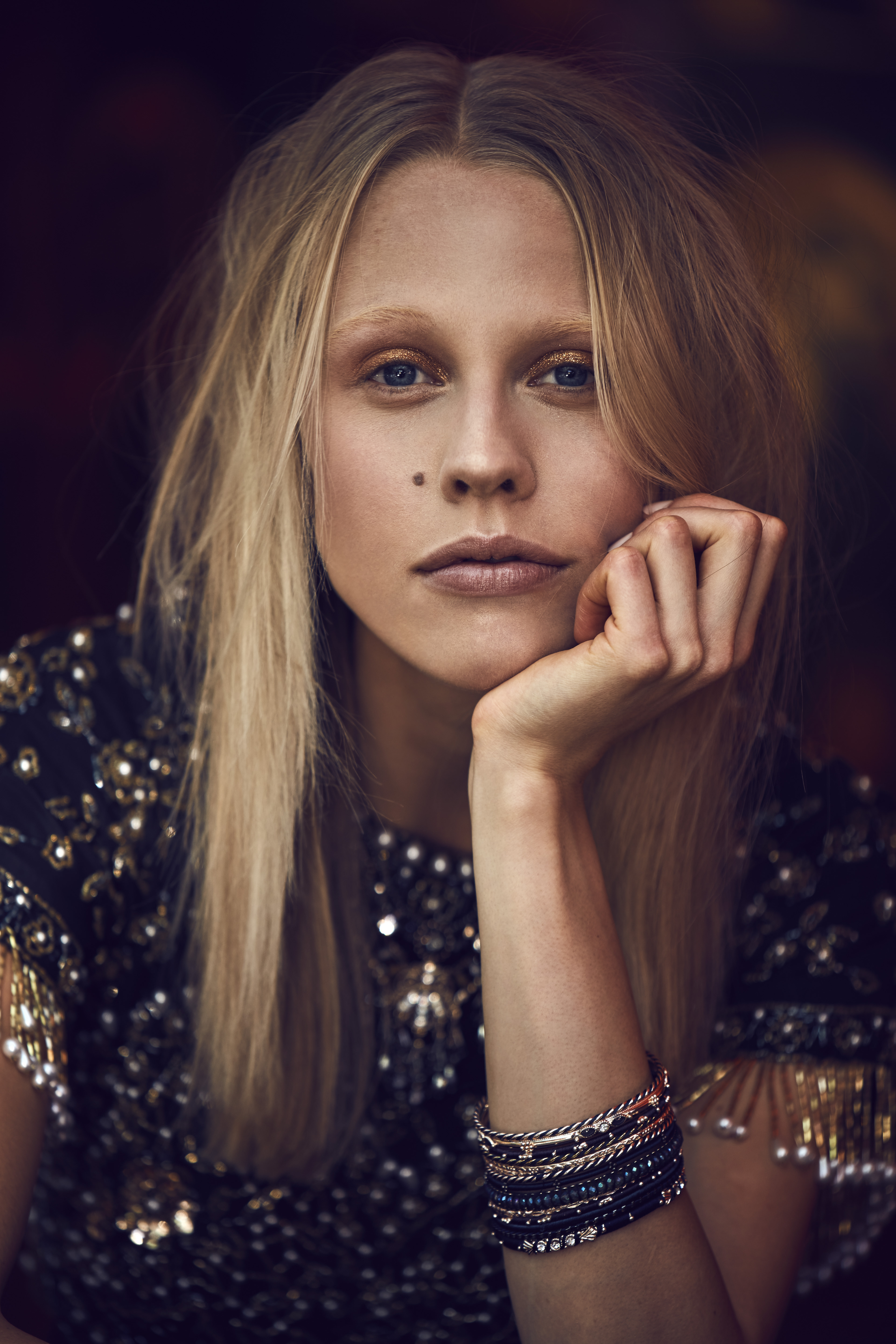 We have extensively tested the lens on two different cameras. The laboratory tests were made on the Nikon D810; the practice shots on a D800. There is some visible vignetting at full aperture. That is not unusual and is easy to correct. With stopping down, it disappears. We have not observed flare, and the distortion is minimal. The Tamron SP 70-200 f/2.8 is sharp to the corners at all apertures and zoom positions. If we really split hairs to find something to criticize, it’s the chromatic aberration: the Tamron is not entirely free of it. You are then talking about colored edges that you only see at high-contrast transitions such as tree branches and with hefty enlargements. However, chromatic aberration can be well-corrected in post-processing. 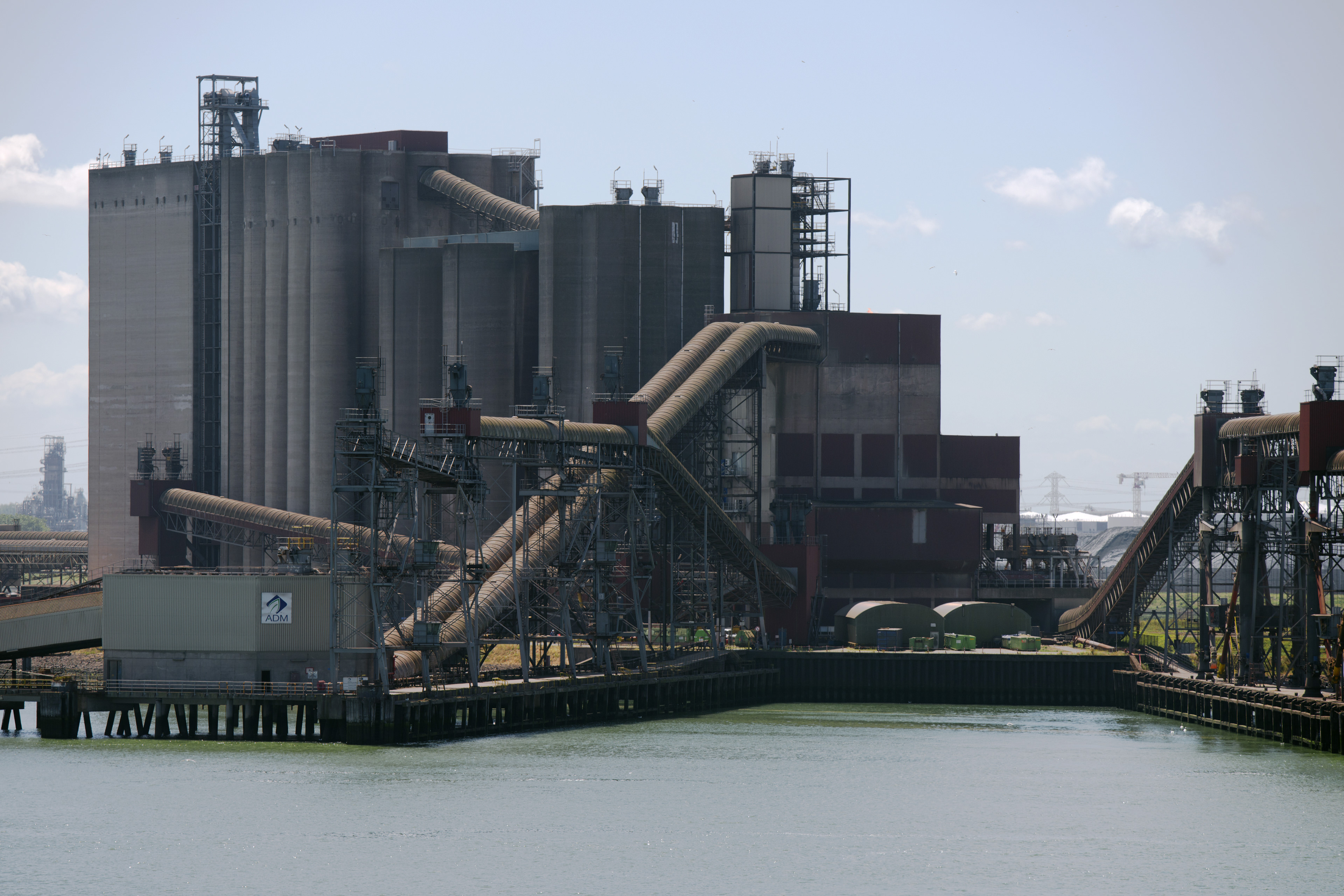 The price difference from the manufacturer’s lenses is easily € 500. With that, we think the Tamron is certainly worth consideration.

The benchmark for a non-proprietary lens is always the lens of the ‘own’ brand. For Nikon, that’s the Nikon 70-200 f/2.8 VR ED II. In our opinion, the Tamron 70-200 SP Di VC USD can handle that comparison no sweat. With the exception of the chromatic aberration, we saw few differences in practice shots. The Tamron also has a shorter setting distance, and it is considerably less expensive than its Nikon colleague. Those who photograph with a Canon, but prefer not to have a striking white telephoto zoom, also have a good choice with this Tamron.