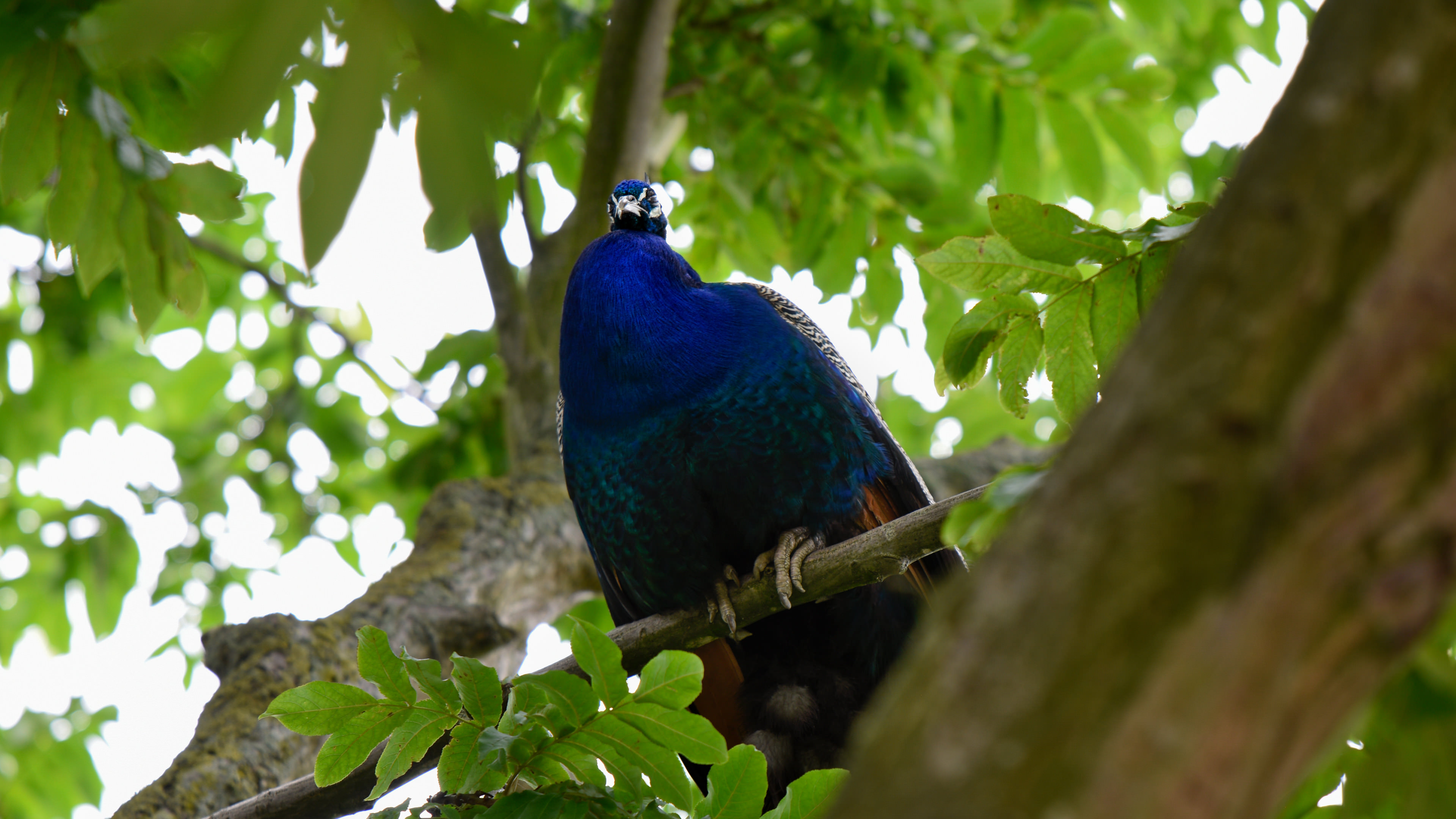 The Tamron SP 70-200 F/2.8 Di VC USD G2 is a new bright telephoto zoom for Canon and Nikon cameras. Its predecessor has the same name, without the G2 designation. But that addition makes a considerable difference. The lens is suitable as a bright telephoto zoom for both cameras with a full-frame sensor and those with a crop sensor. On the smaller DX and APS-C sensors, the Tamron SP 70-200 naturally offers more range. Especially when you combine it with a 2x teleconverter. 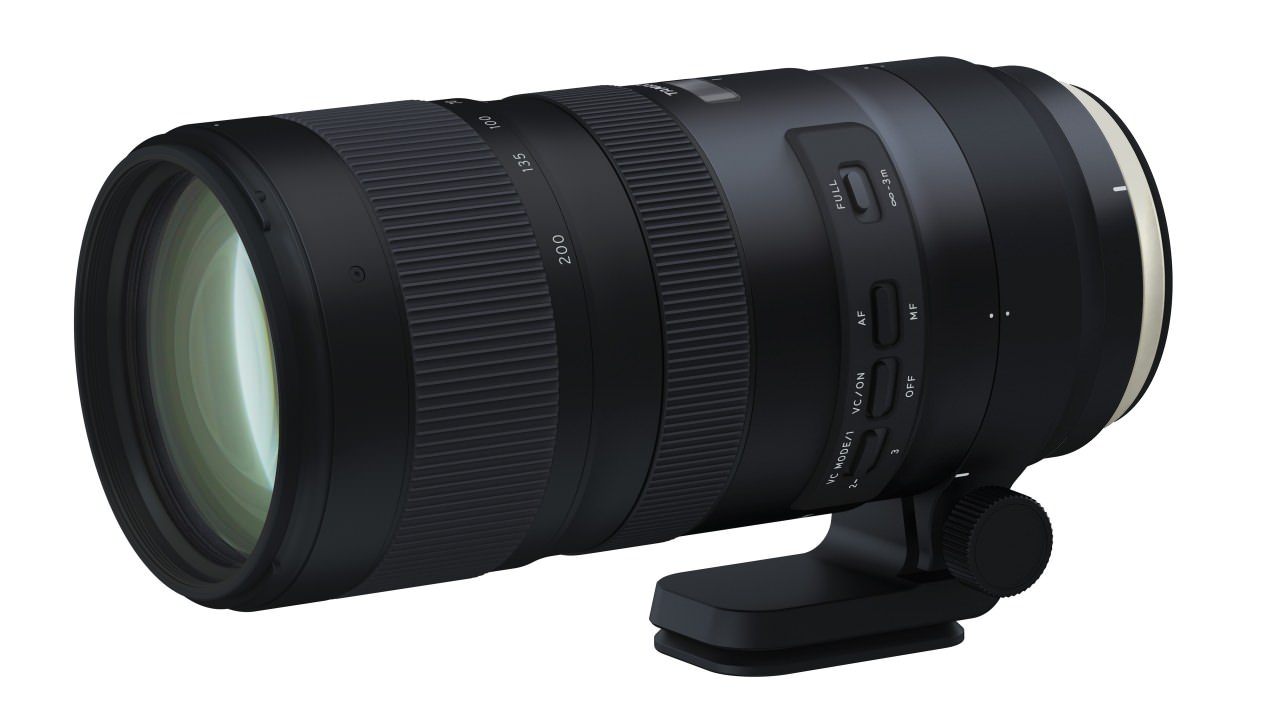 The Tamron SP 70-200 F/2.8 Di VC USD G2 feels just as at home on APS-C and DX cameras as on a full-frame camera. On full frame, it is a nice telephoto lens with a brightness of f/2.8, ideal for portraits with a beautiful bokeh. With the crop factor of a camera like the Nikon D7200, the Tamron SP 70-200 has a range of 105-300mm and, in combination with the 2x converter, you can even get 210-600mm. That is ideal for nature and landscape photography. With such long focal points, you can capture smaller animals in full frame or create a nicely compressed perspective. 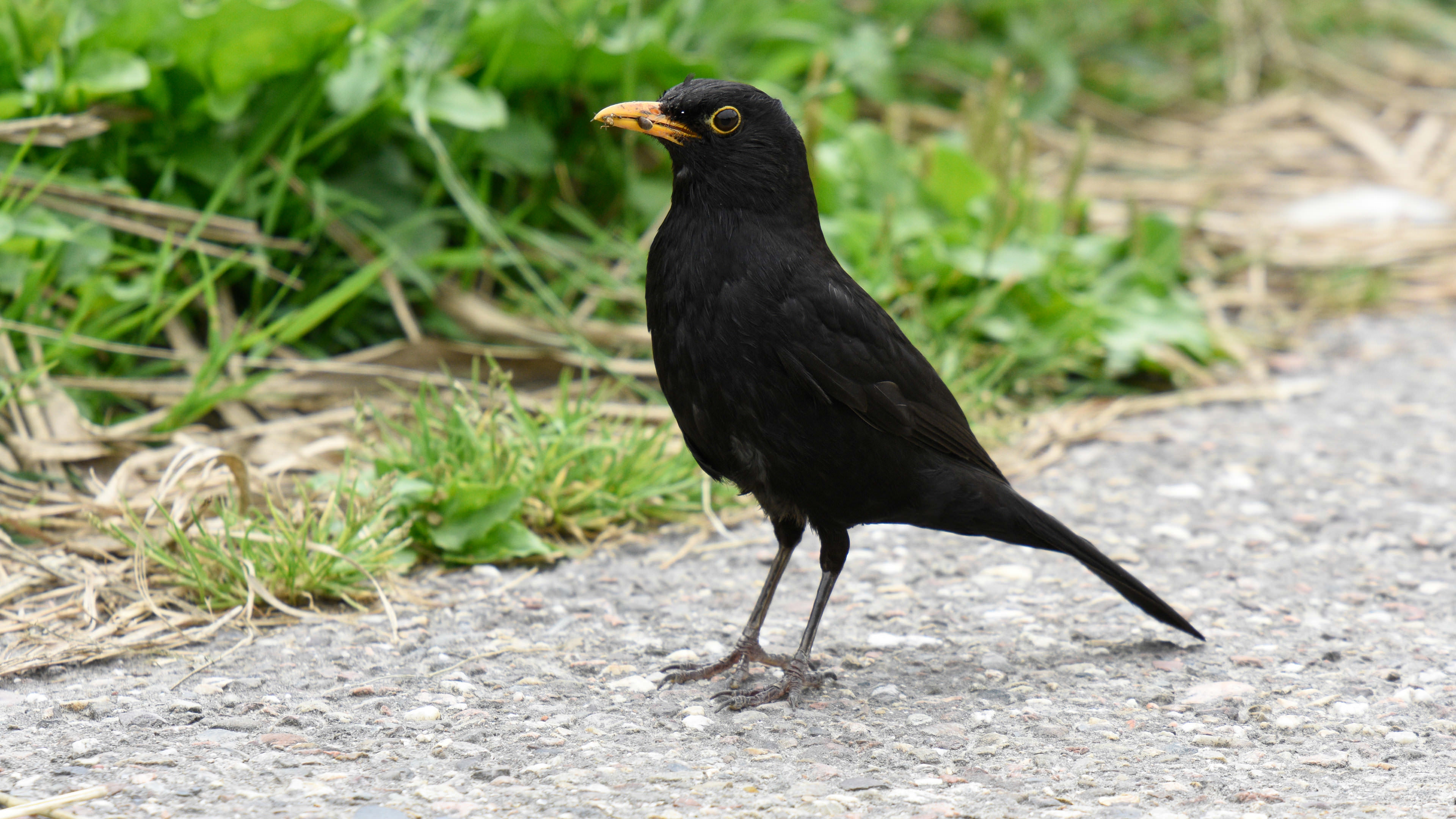 The Tamron SP 70-200 F/2.8 Di VC USD G2 is an attractively designed lens. The lens looks a lot sleeker and more modern than the older version. The name may only have been extended by two characters, but if you put them next to each other, you will see the differences immediately. Where the old version had a different pattern for the focus ring and the zoom ring, the two now look more alike. The whole lens now looks more like one whole instead of a number of separate rings. The golden ring on the front of the old model has been replaced by a ring of matte aluminum at the back. This gives the new lens a very unique look that makes it easy to recognize. That new design is also functional. For example, the lens is more robust and better sealed than the old version. Both the lens and the converter are sealed against dust and moisture. You do not have to worry about a splash of water with this Tamron. The lens has been improved and refined in many other ways as well, and depending on the specifications, this lens does not have to bow down to any other telephoto zoom.

The Tamron SP 70-200 F/2.8 Di VC USD G2 is even better sealed against moisture and dirt than the previous version. There are not only more gaskets in the lens, but also on the outside. Even at the front, there is an extra gasket that perfectly seals the lens when a filter is used. The new 1.4x and 2x converters are just as well sealed and fitted with O-rings as the lens. With this lens, you can confidently head into nature, even when it’s raining. Whether the camera will survive is, of course, a different story.

The new Tamron SP 70-200 has the same number of lenses in just as many groups as the old one: 23 lens elements in 17 groups. The weight and the filter size are also approximately the same. At 1485 grams for the Nikon version and 1500 grams for the Canon version, it is a lens that you will not just drop in your bag and forget that you have it with you. The dimensions are also impressive, with a length of 194mm and a diameter of 88mm. But the same applies to lenses from the competition. A number of things have indeed changed. The shortest setting distance has gone from 130cm to 95cm. That makes a lot of difference for portrait photographers. For Canon users, there is more to choosing than price and optical performance. The 70-200 mm f/2.8 from Canon is white, and the Tamron is black. The lens no longer has the “focus clutch” of the old model, where you could switch between manual focus and autofocus by pulling the focus ring backwards. The new one has four switches: one to switch between MF and AF, one to turn the image stabilization on and off, and one for the correct setting of that image stabilization. The fourth and last switch is for limiting the autofocus setting. You can choose the entire range or range from infinity to 3 meters. The previous model did not have such a limiter, and we found that lacking in our review. It is nice to see that the new model does have a limiter. For sports or nature photography, a limited range ensures that the camera finds the right focus faster. 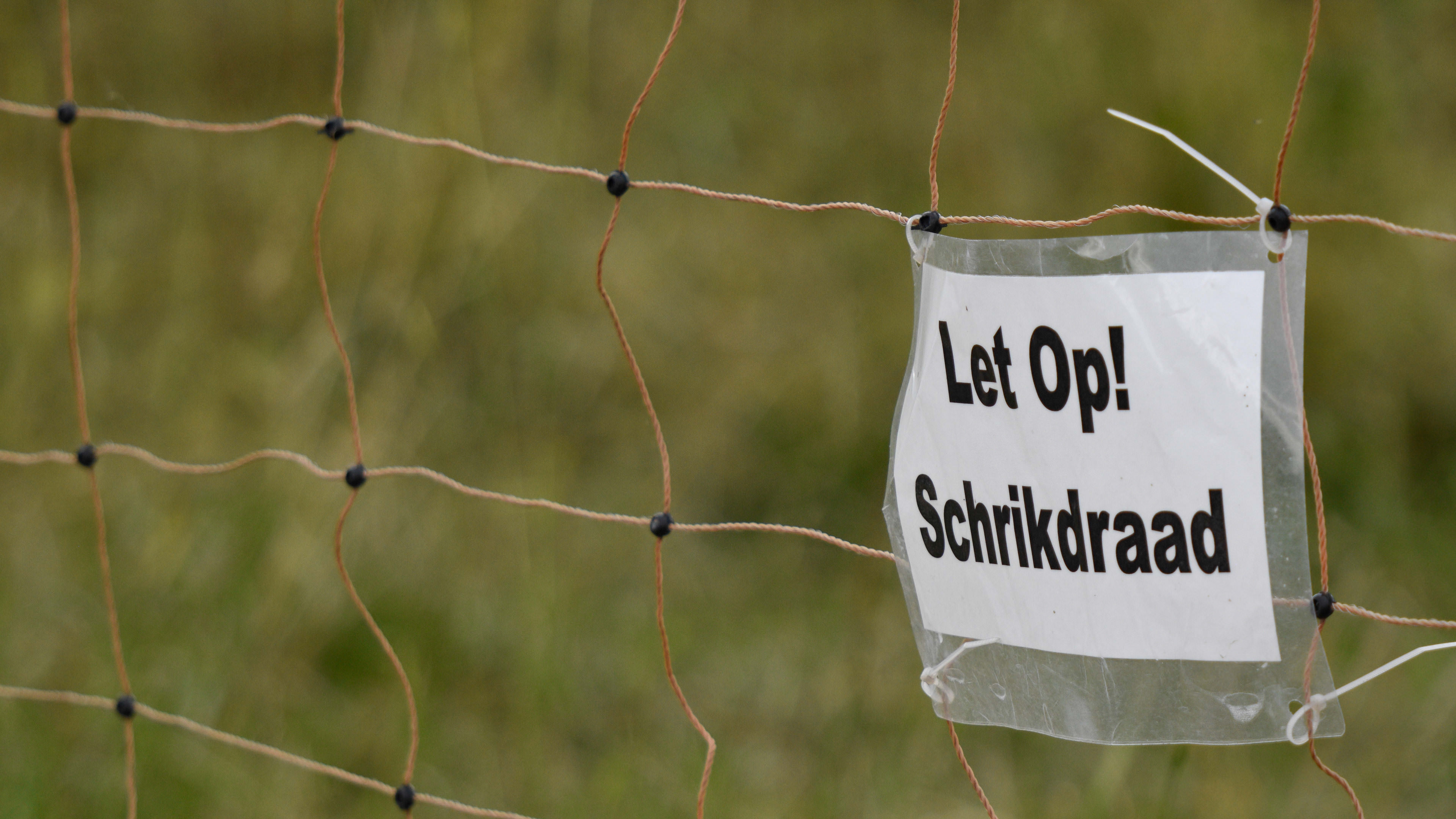 The autofocus is fast (about 500 milliseconds) and gives nothing up to that of Nikon. As far as the shortest setting distance is concerned, the Tamron wins handily: approximately 95 cm versus 1.4 meters for the competitor. The focus ring of the Tamron also has a bigger run, which is nice for fine tuning. The image stabilization (Tamron calls it VC, vibration compensation) has the modes on and off, and within the “on” mode, three options: standard, panning (so only vertical compensation) and a third position where the VC is only activated at the moment of capture. This prevents a sometimes somewhat disturbingly jumpy viewfinder image. As far as we’re concerned, that mode doesn’t add much. The effect of VC is usually given by manufacturers in numbers of stops. For the Tamron, that should be 4. Such a thing is always difficult to prove in a laboratory test. In the practice shots in the zoom mode 200 mm at 1/40 second, most (but not all) of the shots were sharp. At shorter shutter times, all the shots were sharp.

Tamron claims that the new SP 70-200 F/2.8 Di VC USD G2 has “best in class” image stabilization. The Vibration Control or VC should be good for a gain of five stops. We were indeed able to get good shots by hand with reasonably long shutter times. But it’s worth the effort to take a closer look at the VC capabilities. There are three modes. Mode 1 is for general use. The image is continuously stabilized, so that you also have a virtually vibration-free viewfinder image. Mode 2 is for panning, where you generally move the camera horizontally with a subject. The lens will then only try to correct the movements in the vertical direction. Mode 3 is most effective when it comes to image stabilization in the final shot. Stabilization of the viewfinder image has no priority in mode 3, and everything you see of stabilization in the viewfinder is just a bonus. If you want the best-stabilized image, you should choose mode 3.

The Tamron SP 70-200 F/2.8 Di VC USD G2 can also be combined with a new 1.4 and 2.0 converter. In general, the 1.4x converters provide the best balance between extra range and loss of quality. But this time, we were also curious about the performance of the 2x converter, especially because with this lens and a 2x converter, you get a 600mm-equivalent lens on a DX camera like the D7200. For photographers who occasionally do some nature photography or those who go on safari once and do not want to buy an extra-long telephoto, this is an interesting option. With teleconverters, the rule of thumb is that lens errors are also amplified. If you use them in combination with a lens that already suffers from unclear corners or chromatic aberration, then the image with converter is often not usable. Only the very best lenses can handle it when you combine them with a 2x converter. The exciting news is that the Tamron SP 70-200 F/2.8 Di VC USD G2 on a DX camera can be used excellently with a 2x converter. The corners show hardly any loss of sharpness, the contrast remains nice and high, and there is almost no increase in chromatic aberration.

One of the concerns that is sometimes expressed when purchasing an off-brand lens is: what if Canon or Nikon changed something that caused my Tamron to stop working properly? These concerns are not completely unjustified, because this has occurred several times in the past. Camera manufacturers can use software updates to change something, for example, in the autofocus algorithms, so that their own lenses perform better, but lenses from other brands do not. In the past, off brand lenses had to be returned to the importer for an update of the chip. Sometimes that was free, but often it had to be paid for. Those times seem to be over with the introduction of the TAP-in Console. This is a device to which you can connect the lens, after which you can place firmware updates on the lens via the computer. This allows Tamron to make existing lenses completely up to date again after an update by Nikon or Canon.

The performance of the older Tamron 70-200 mm f/2.8 was already good, and the new one does just a bit better. What is striking is that there is little difference between 70mm and 200mm. In general, telephoto zooms perform less well in their longest position than in their shortest position, but the difference is very small with the SP 70-200 F/2.8 Di VC USD G2. Also, the shift towards the edges and the corners is not as big as with the previous model. That model already achieved a high level of sharpness in the center, but now the corners and the edges lag by very little. That is just really good. 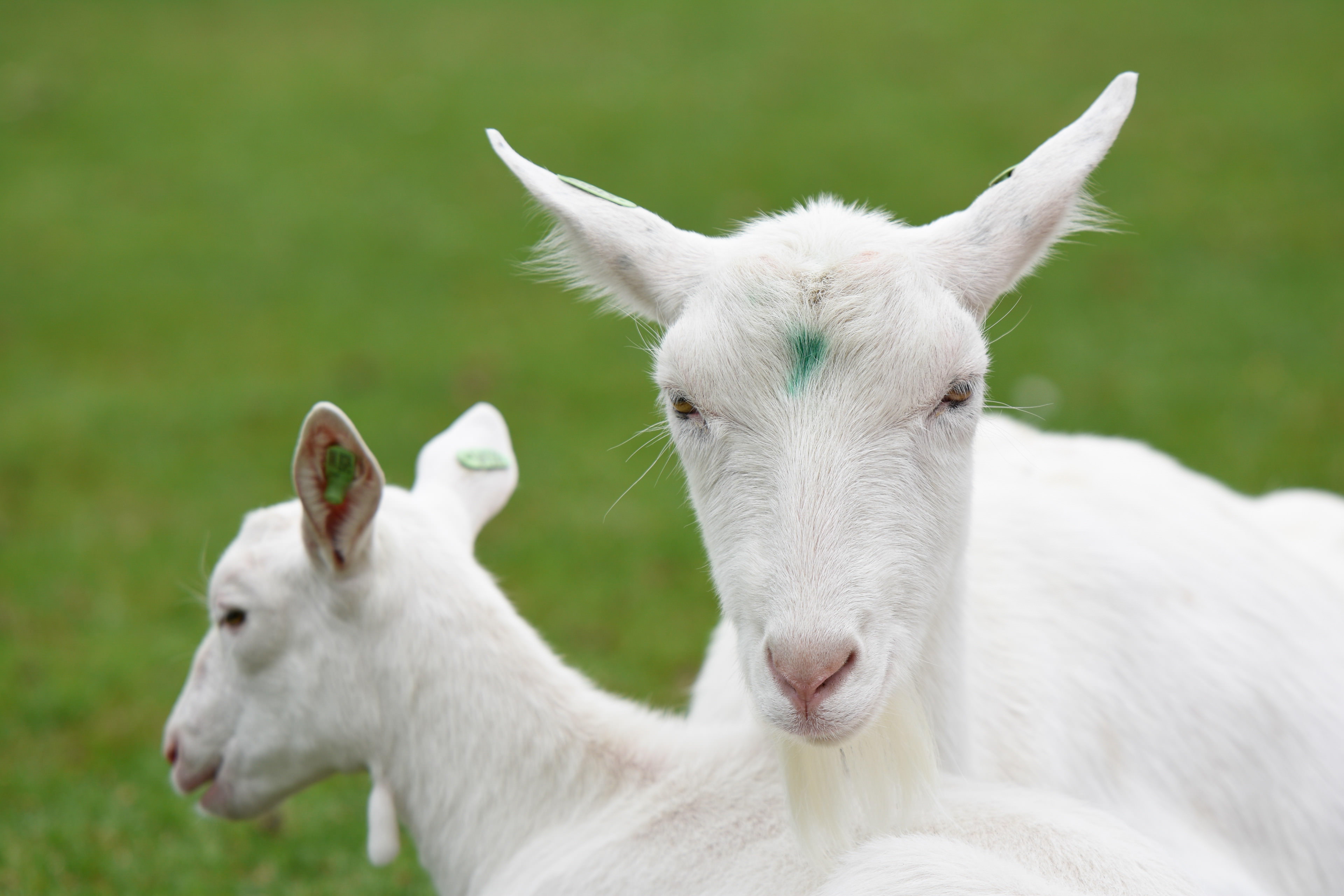 There is hardly any difference to be found from the Nikon 70-200 f/2.8 we reviewed previously. At most, we would say that the Nikon has a small advantage at 200mm, but only if you make direct comparisons between comparable shots at the pixel level. In practice, we find the lenses completely equivalent. What can possibly play a role in the choice is that the Nikkor version can make full use of corrections in the camera, and the Tamron cannot. But the Tamron actually has so little trouble with vignetting and distortion that this is not really a decisive factor. The distortion is always less than 0.5% with a tipping point around 100mm where the lens is virtually free of distortion. The vignetting in jpegs is maximal in the 200mm position, and it then amounts to less than 1.4 EV at full aperture.

The Tamron SP 70-200 F/2.8 Di VC USD G2 is solidly built, equipped with all the seals and gaskets you could wish for, and the image quality and autofocus speed are great. If you also buy the 2x teleconverter and have very little loss in image quality, even a great 140-400 mm f/5.6 that gives a field of view on a DX or APS-C camera that corresponds to a 600mm on a 35mm.
Tags: Pro, Tamron