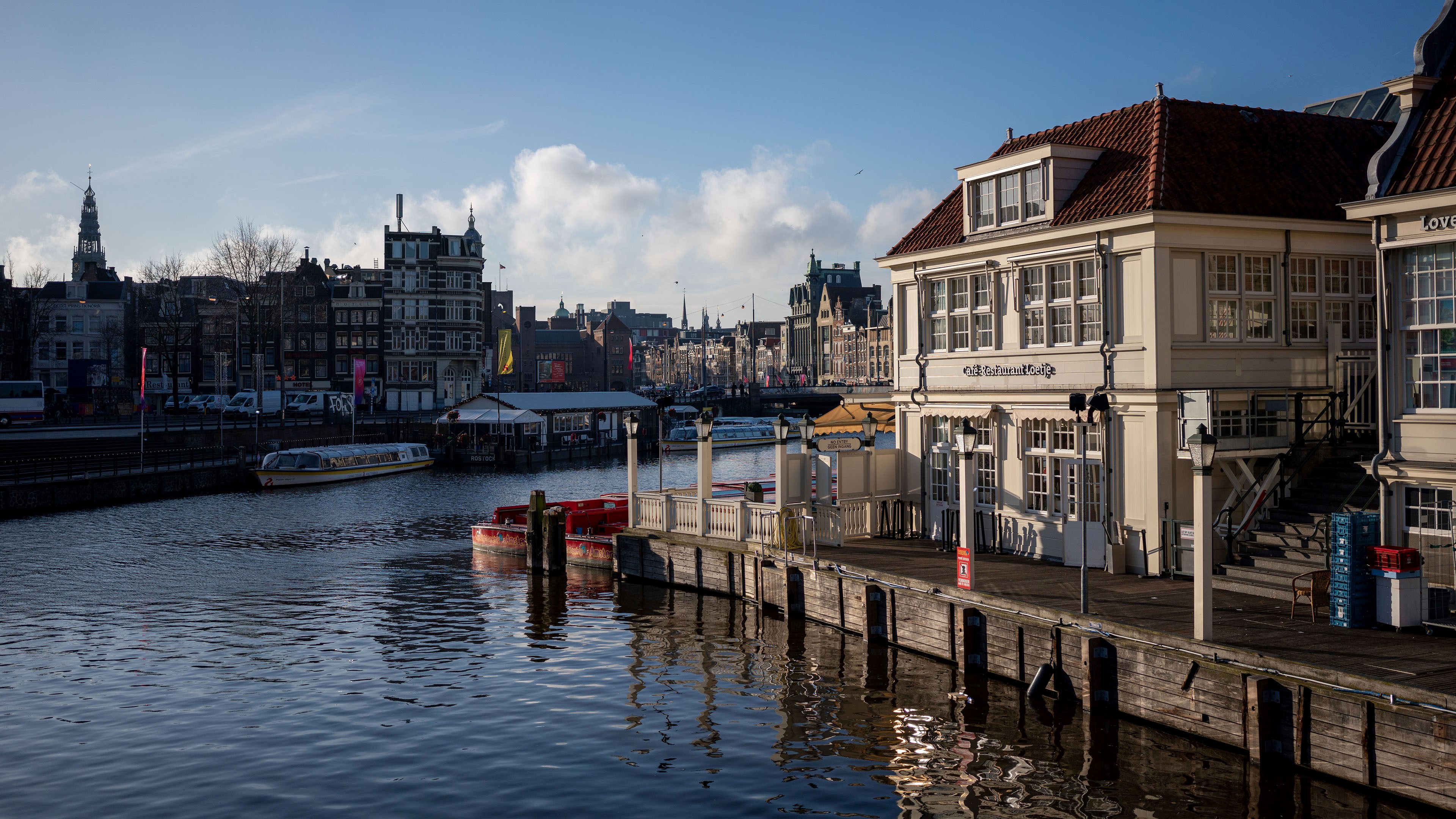 The Tamron 35mm f/2.8 Di III OSD M1:2 is a moderate wide-angle and one of the three wide-angle lenses that Tamron released in 2019 for Sony cameras with an E mount. They are not bright, but they are light, affordable and good. And they also have a great feature: they can also focus very close. 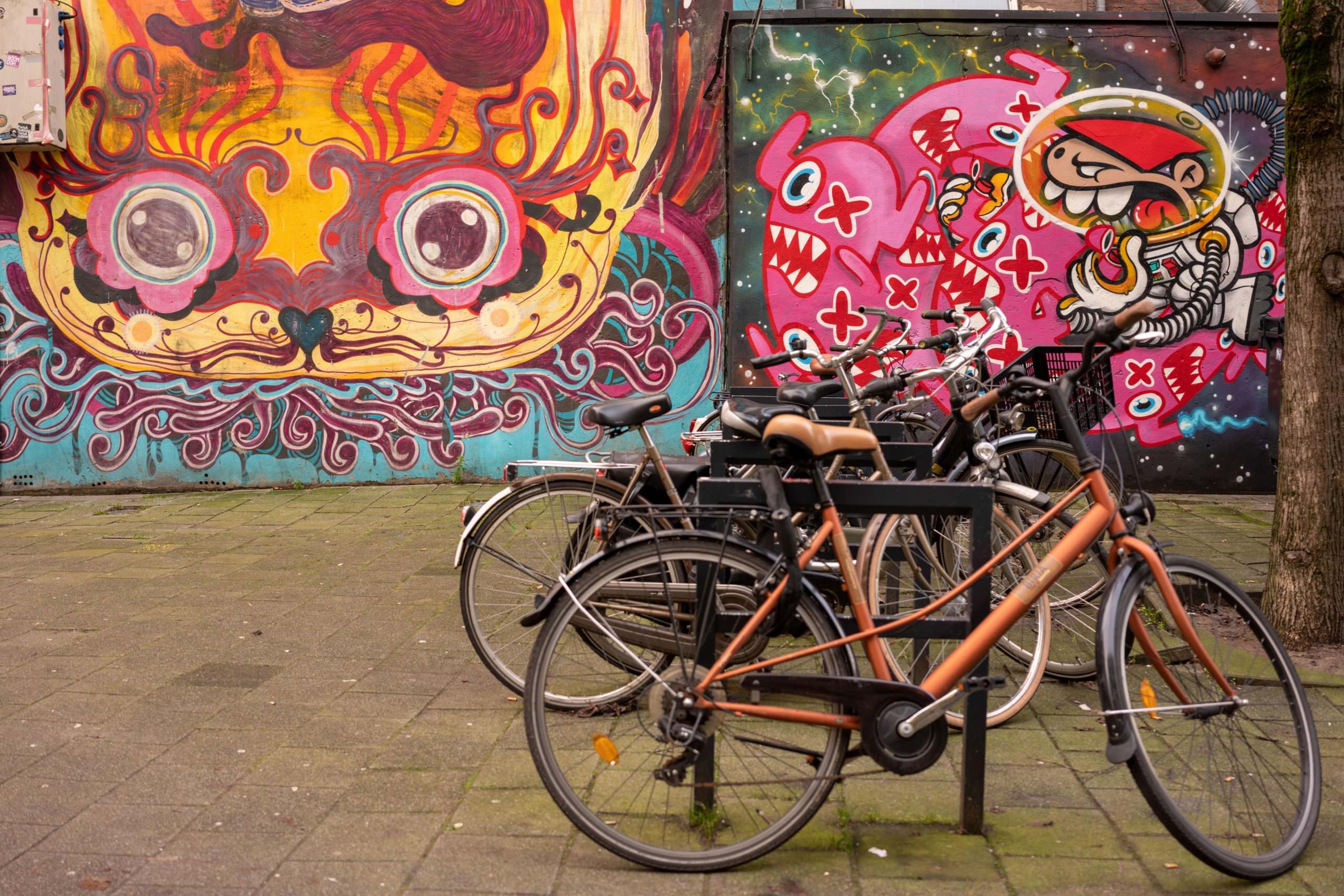 The Tamron 35 mm f/2.8 Di III OSD M1:2 is no brighter than the previously released Tamron 28-75 mm f/2.8 Di III RXD standard zoom. It does, however, weigh less than half the zoom and is a lot shorter. For wide angle enthusiasts, it can be a nice addition to the previously released Tamron 17-28 mm f/2.8 Di III RXD, which only goes to 28 mm. It is also a nice lens to just keep on your camera. 35mm is a focal point that is useful for street photography and reporting. But it can also be used for portraits or landscapes. The three new wide-angle lenses have a great feature that you will not find on the zooms, and that’s the ability to focus to a magnification of 1:2. Because of this, you can get almost-macro photos with a lot of background in view. That creates different images than you can make with a longer macro lens. 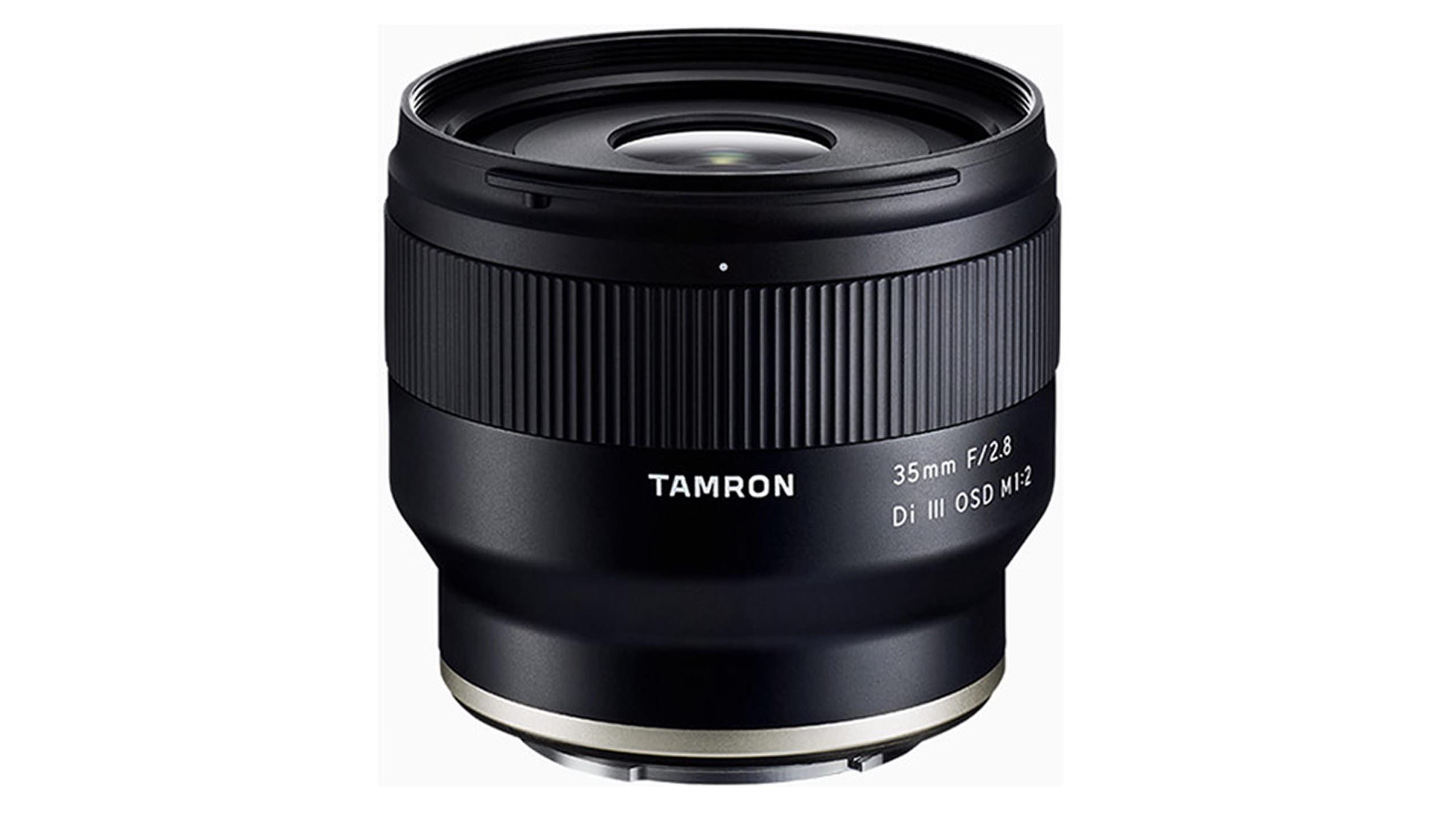 The Tamron 35 mm f/2.8 Di III OSD M1:2 has the same plastic housing as the 20 mm and 35 mm. This makes it feel less high-quality than a metal housing. But that’s a purely emotional argument. High-quality plastic does not have to be less good than metal. The advantage is that the case feels better in cold weather and that the whole lens is clearly lighter. The Tamron 35 mm f/2.8 Di III OSD M1:2 is sealed against dust and moisture and has a gasket at the rear. The lens is also fairly simple. The only control element is the wide focus ring. The lens has no AF/MF switch or Focus Lock button. This makes it easier to seal this lens, of course. The Tamron 35 mm f/2.8 Di III OSD M1:2 contains nine lens elements, and that’s one fewer than the 24 mm. At 210 grams, it’s also five grams lighter than the 24 mm. 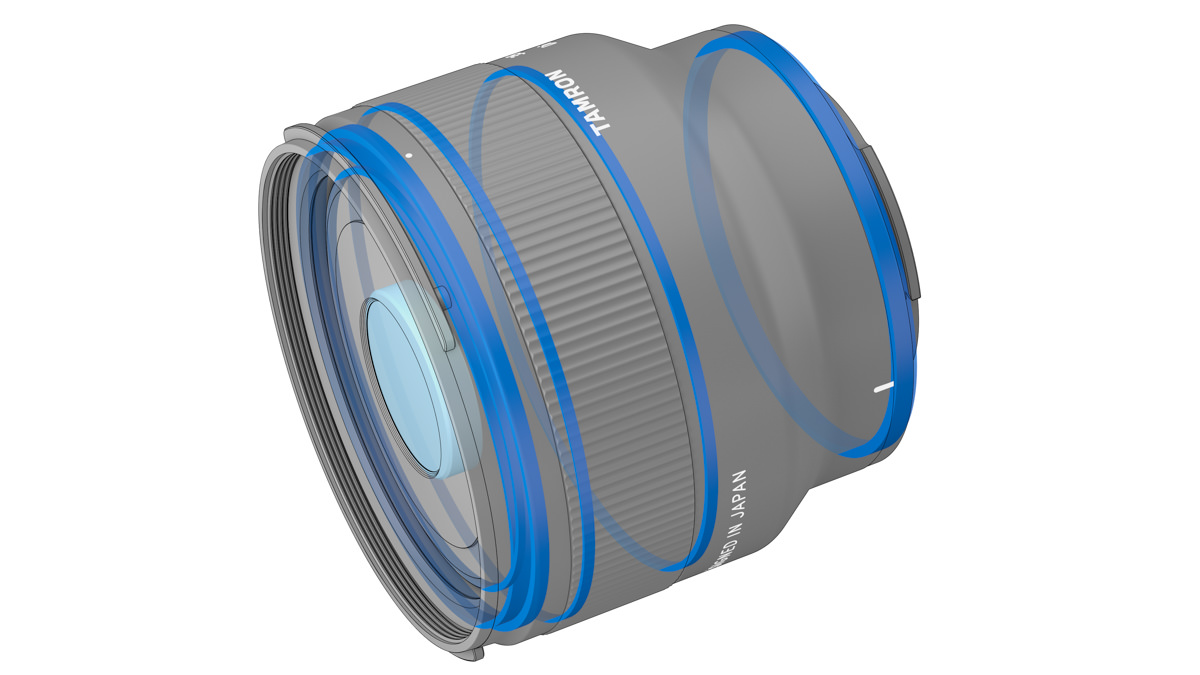 The Tamron 35 mm f/2.8 Di III OSD M1:2 focuses reasonably quietly. The speed is good, but it depends on the amount of light and whether you are focusing in the corners. Sometimes it has to search a little more than, for example, the Sony FE 35 mm f/2.8 ZA Carl Zeiss Sonnar T*. The Tamron uses the OSD (Optimized Silent Drive), not the RXD motor that we find in the zoom lenses. Just like with the 24 mm Tamron, we see that the entire lens group moves for focusing. Partly because of this, the autofocus is a fraction slower than with lenses with internal focus, where only one or two lens elements move. You will also see a significant change in the image ratio during focusing. That’s not great for video, because it creates a lot of focus breathing. The focus is very accurate.

The Tamron 35 mm f/2.8 Di III OSD M1:2 is sharp. It scores slightly higher than the 24 mm, but the difference is very small. The two lenses are therefore not only similar in appearance. It’s not as good in the center as the recently tested Tamron SP 35 mm f/1.4 Di USD, but that’s also a more expensive, bigger and heavier lens from the SP series. It scores a fraction higher in the corners. It’s therefore slightly more even. Just like with the 24 mm, the sharpness is excellent at full aperture, and the difference between the center and the corners is therefore not much. Stopping down one stop causes a slight increase in sharpness, but then the Tamron 35 mm f/2.8 Di III OSD M1:2 is already at its peak. Some chromatic aberrations can be seen in the uncorrected RAW files, but with the lens corrections on, they disappear almost completely, and the files look nice and clean.

The values for the distortion are good in both RAW and jpeg. That is different from the 24mm, which needs more correction. In RAW, it’s less than 1 percent barrel-shaped, and in jpegs, it’s even further reduced to just over 0. That is just very good.

The vignetting is very small, both in RAW and in the jpegs. In RAW, with 1.3 stops at f/2.8, it’s slightly more than in the corrected jpegs. The corrections therefore only cause a slight decrease in vignetting. This means that you hardly lose any dynamic range, and that’s also good. Stopping down one stop halves the vignetting, but after that it doesn’t really decrease. All in all, a very nice result that again strongly resembles that of the Tamron 24mm f/2.8 Di III OSD M1:2. 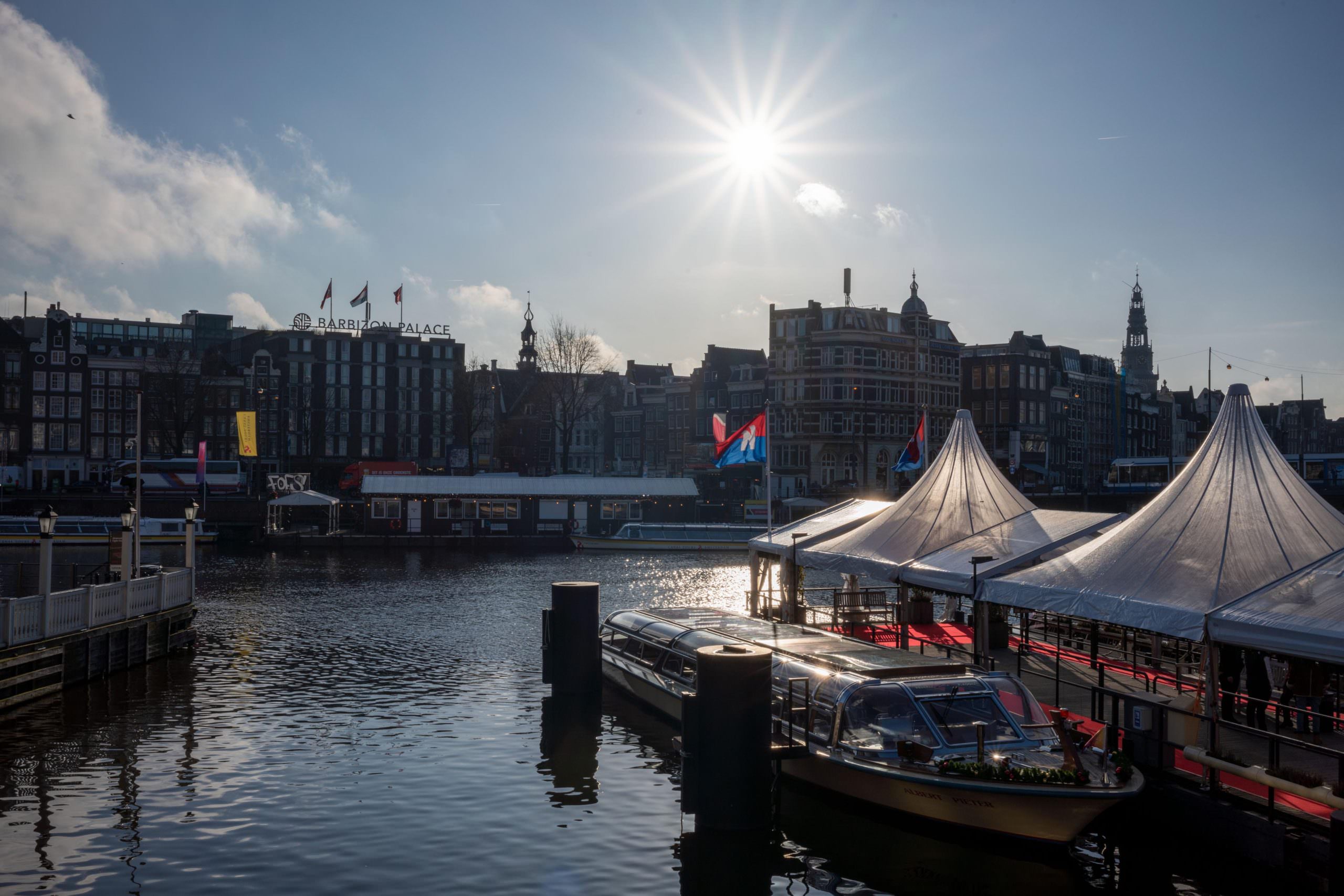 The Tamron 35 mm f/2.8 Di III OSD M1:2 has a seven-blade diaphragm that ensures beautiful round bokeh balls at full aperture. The bokeh is very nice, with hardly any hard edges and little restlessness in the soft areas. If we close the aperture to f/16 or f/22, you can get sun stars with the 35mm. It’s not really easy, though. The BBAR coating from Tamron apparently doesn’t make that simple. The points also always remain a bit woolly and do not become sharp. On the other hand, the 35mm hardly suffers from flare at all due to that good coating. 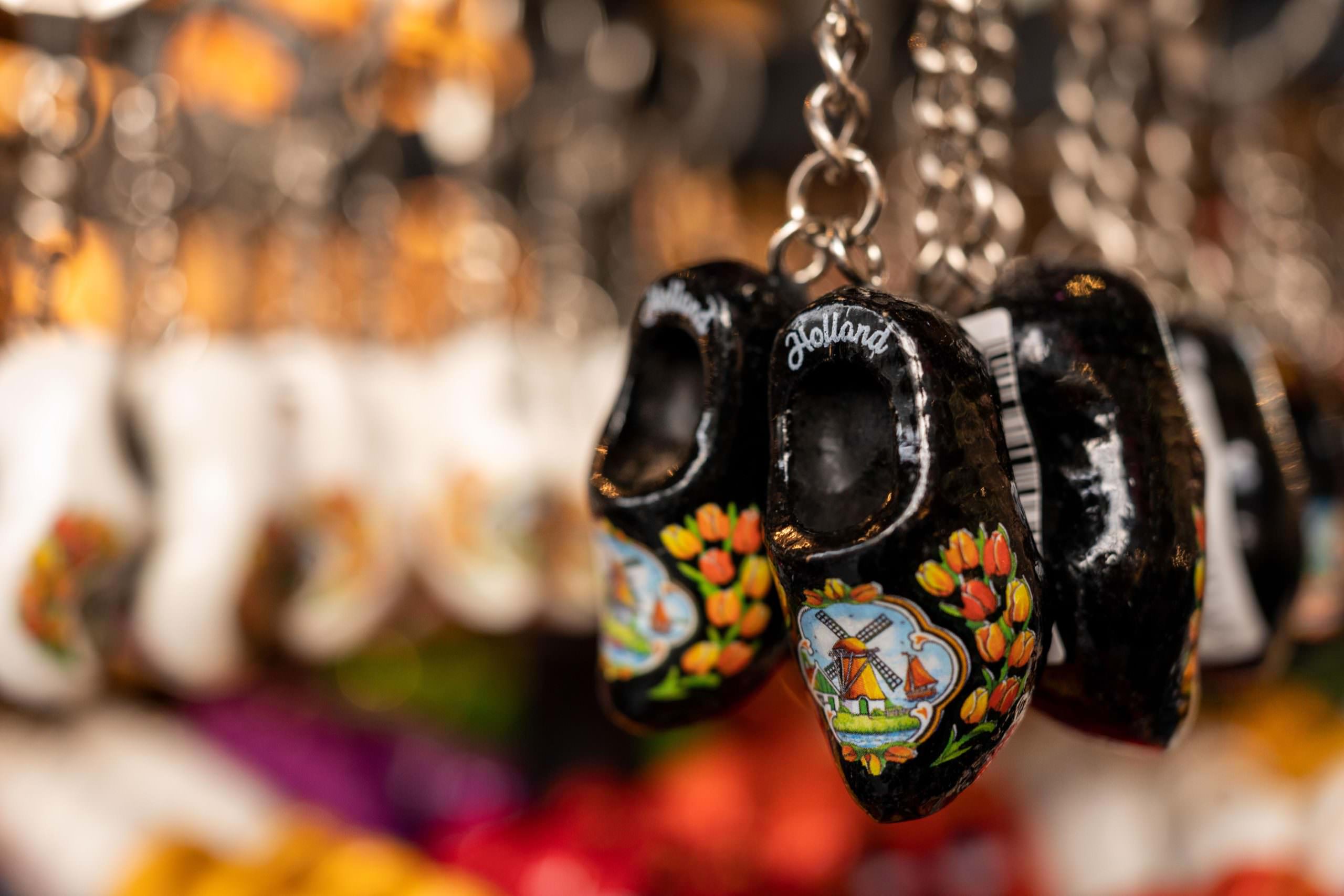 A great feature of the Tamron 35 mm f/2.8 Di III OSD M1:2, which also applies for the 20 mm and 24 mm, is that you can focus very close with it. The Tamrons have a magnification ratio of 1:2. A subject of about 6 centimeters in size is almost full screen. Because the Tamron 35 mm f/2.8 Di III OSD M1:2 is a wide-angle lens, you can get more background in view than with macro lenses with a longer focal length. You can use that by photographing flowers or insects in their environment. Of course, your depth of field with very short shooting distances is very small. And then the quality of the bokeh is important. And that’s good on the Tamron 35mm f/2.8 Di III OSD M1:2. Because, just like with the 24 mm, it’s pretty nice, with no hard edges or restless artifacts in the soft areas. 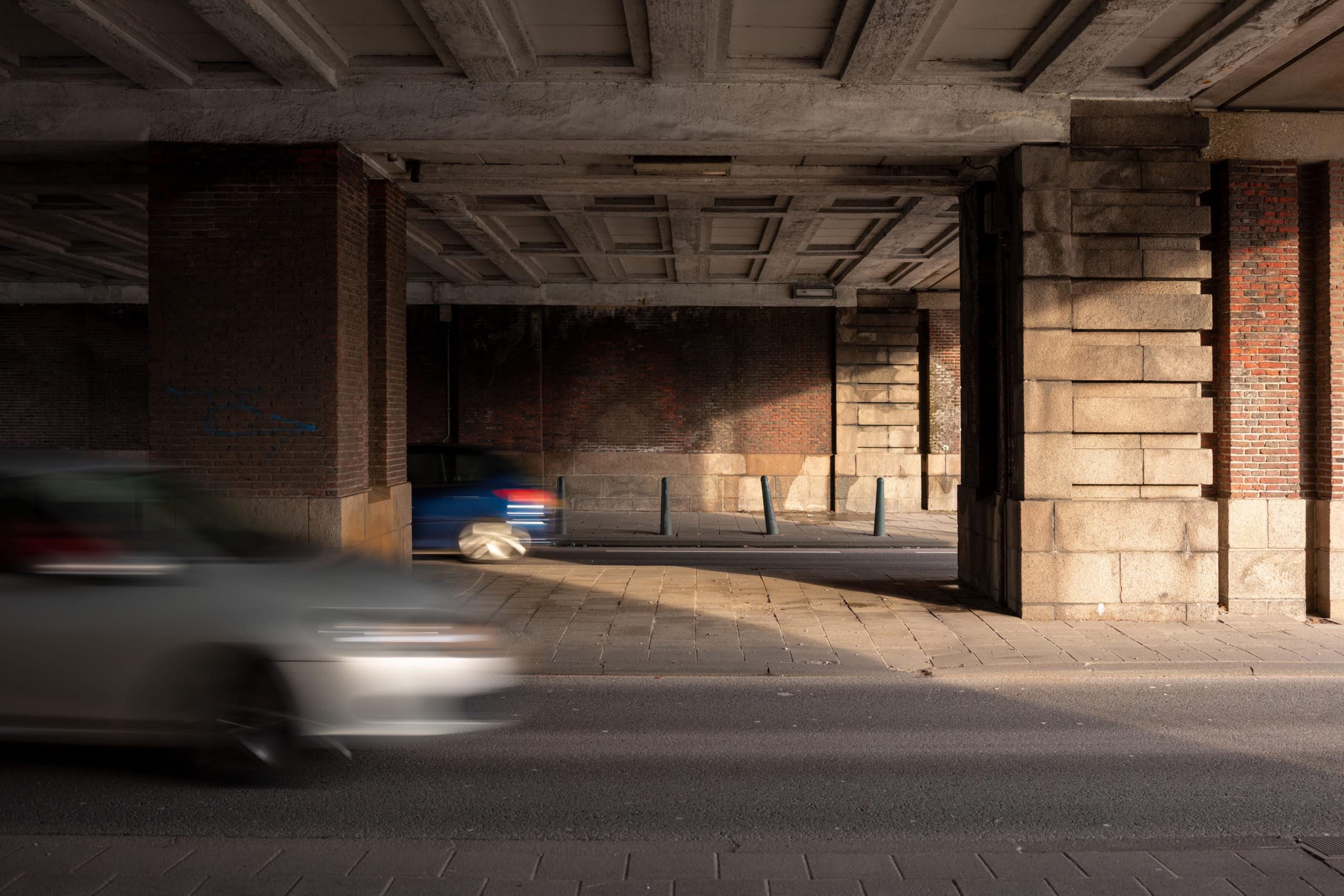 The Tamron 35 mm f/2.8 Di III OSD M1:2 performs well, both in our test lab and in practice. The low weight makes it a nice lens to take with you. Unlike the 24 mm and certainly the 20 mm, the 35 mm Tamron faces strong competition. For example, Sony has its own Sony FE 35 mm f/2.8 ZA Carl Zeiss Sonnar T*. That lens is a lot more compact and even lighter, but Sony is asking quite a stiff price for it. Those who don’t feel like paying that can opt for the Samyang FE 35 mm f/2.8. That lens weighs half as much as the Tamron and is also much smaller. And optically, it’s not inferior to the Tamron. The Samyang also performs quite well, and it’s even slightly cheaper. However, the Samyang is not weatherproof, and it has an aluminum mount instead of a steel one. The build quality is therefore a lot lower. And both the Sony and the Samyang of course lack the unique close-focus capability of the Tamron 35mm f/2.8 Di III OSD M1:2.

Curious about the performance of the Tamron 35 mm f/2.8 Di III OSD M1:2 in practice? Click on the button below and visit our renewed web gallery with sample images. The images can be downloaded in full resolution to be viewed at 100%.

The Tamron 35mm f/2.8 Di III OSD M1:2 is a good wide angle for Sony. The image quality is good, and it’s nice and light and affordable. There are other options that are smaller and lighter and even cheaper, but they do not offer the combination of weather resistance, low weight, close-focus capability and good image quality for this price.