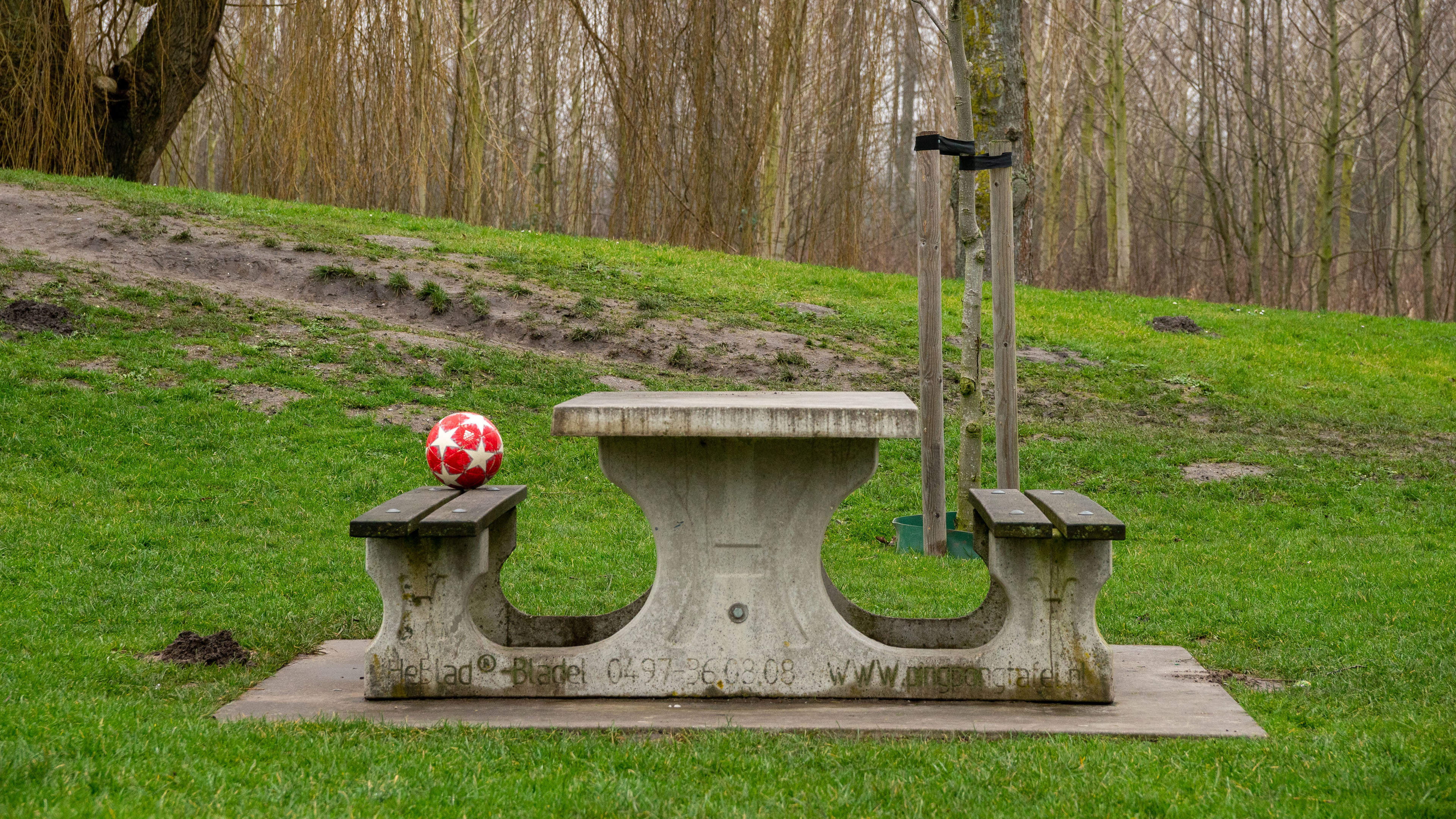 The Tamron 17-70mm F2.8 Di III-A VC RXD is a standard zoom for Sony’s APS-C cameras. It is the first APS-C lens to combine a range of 17 to 70mm with a brightness of F2.8 across the entire range. It also has smart image stabilization.

The Tamron 17-70 mm F2.8 is a lens with a surprising number of firsts. It is the first lens in Tamron’s Di III series that has been specially developed for Sony cameras with an APS-C sensor. It is also the first lens in this series with image stabilization. It is the first APS-C lens to combine a range of 17 to 70mm with a brightness of F2.8 across the entire range. That large range and high brightness mean that this lens is slightly larger and heavier than other standard zooms. 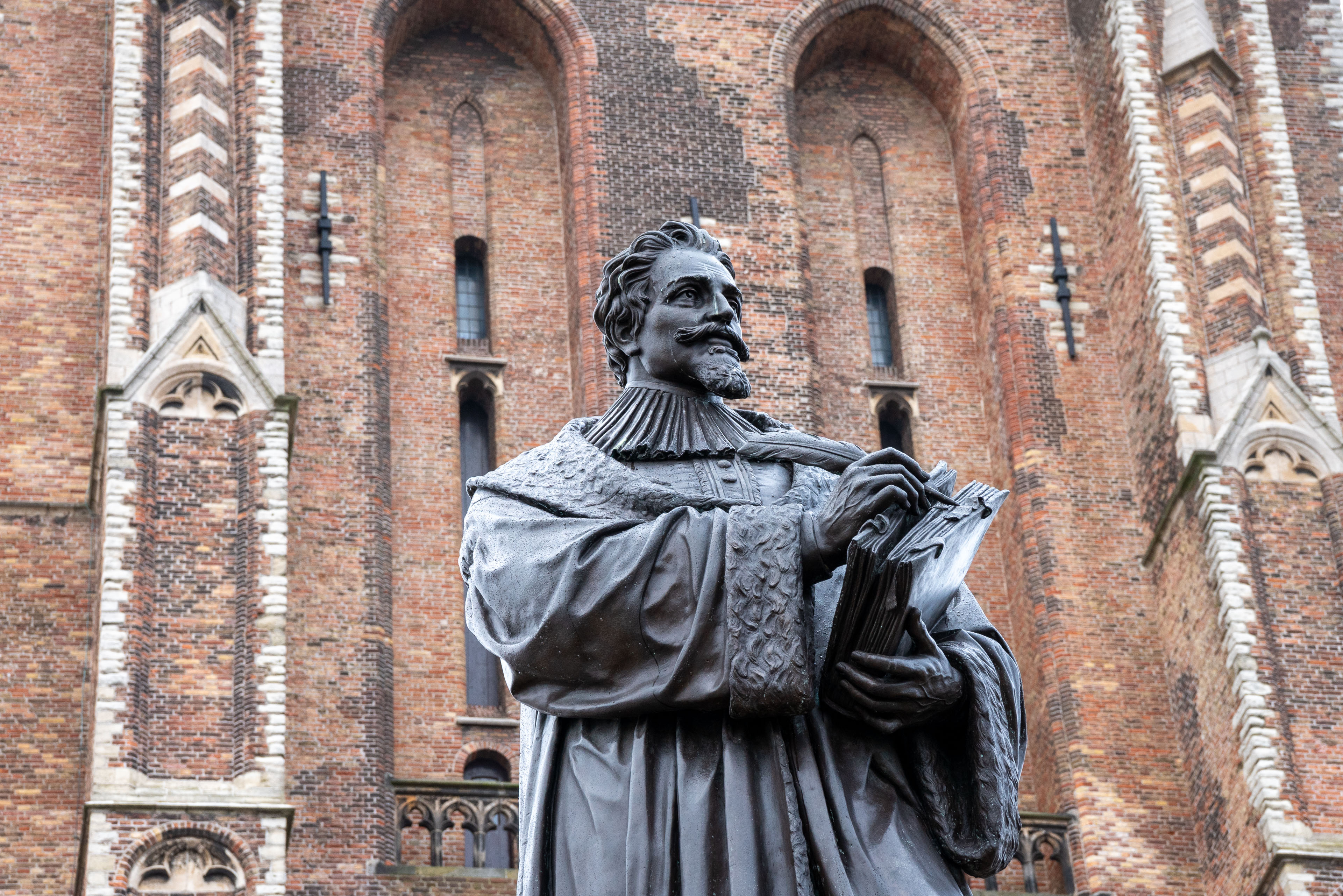 Of course, they are not entirely comparable with the Tamron 17-70 mm F2.8. The Sony 16-70 mm F4 is a lot smaller and lighter, but one stop less bright. The Sony E 16-55 mm F2.8G is slightly shorter and lighter but has less range on the telephoto side and is also a lot more expensive. The Tamron therefore has high brightness, the widest range and a competitive price, which is a nice combination. 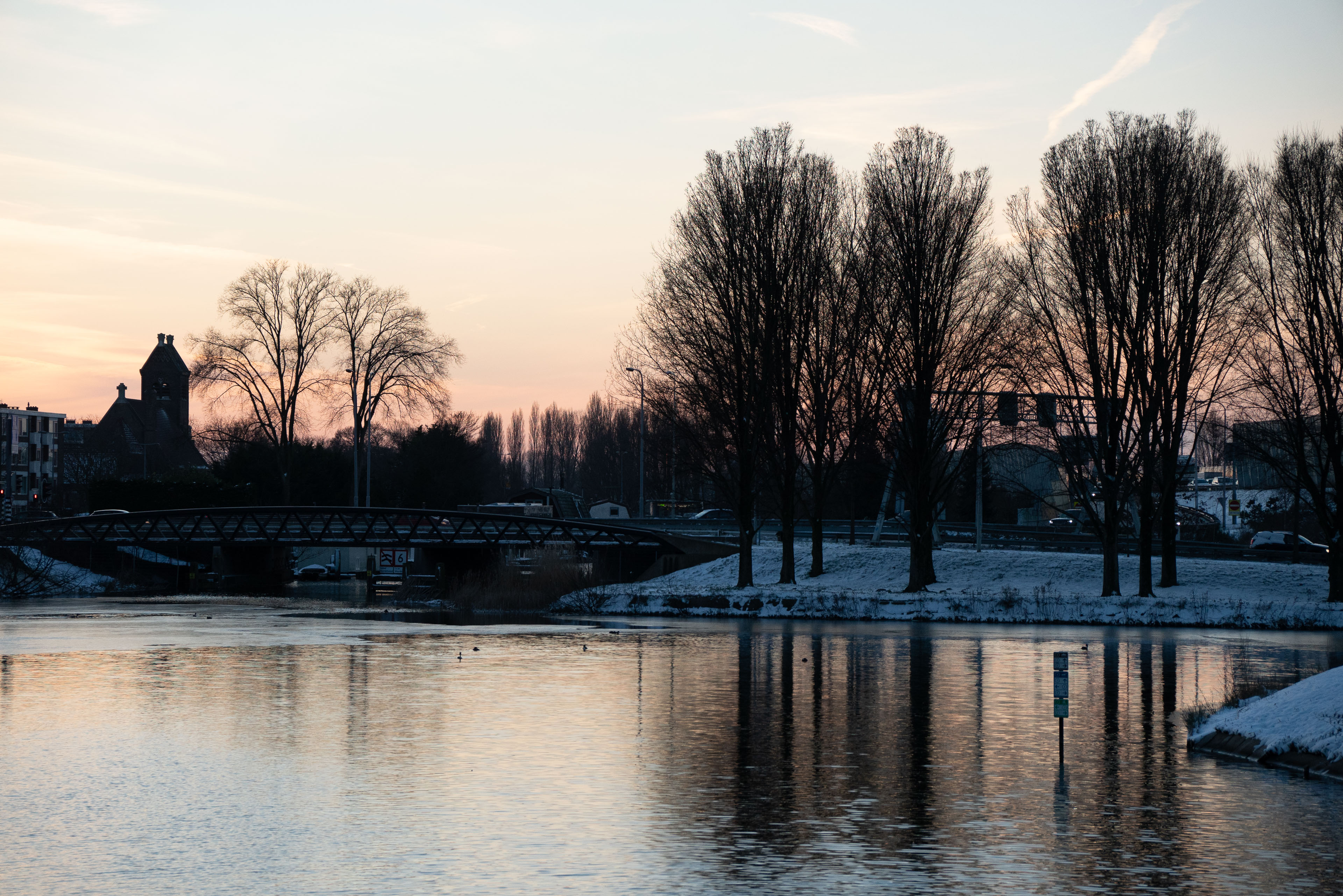 The Tamron 17-70 mm F2.8 clearly belongs to the same series of lenses as the Tamron 17-28 mm F2.8 Di III RXD, the Tamron 28-75 mm F2.8 Di III RXD. However, those two lenses are for full frame, and neither has image stabilization. The 17-70 mm has been developed for APS-C sensors and can therefore combine the range of both lenses while maintaining the same brightness and image stabilization. And that with a weight that is approximately between 17-28 mm and 28-75 mm. On APS-C, the field of view corresponds to that of a 26 to 105 mm on full frame. That’s a versatile range. In addition, the Tamron 17-70 mm F2.8 also has a short focusing distance of 19 cm on 17 mm and 39 cm on 70 mm. 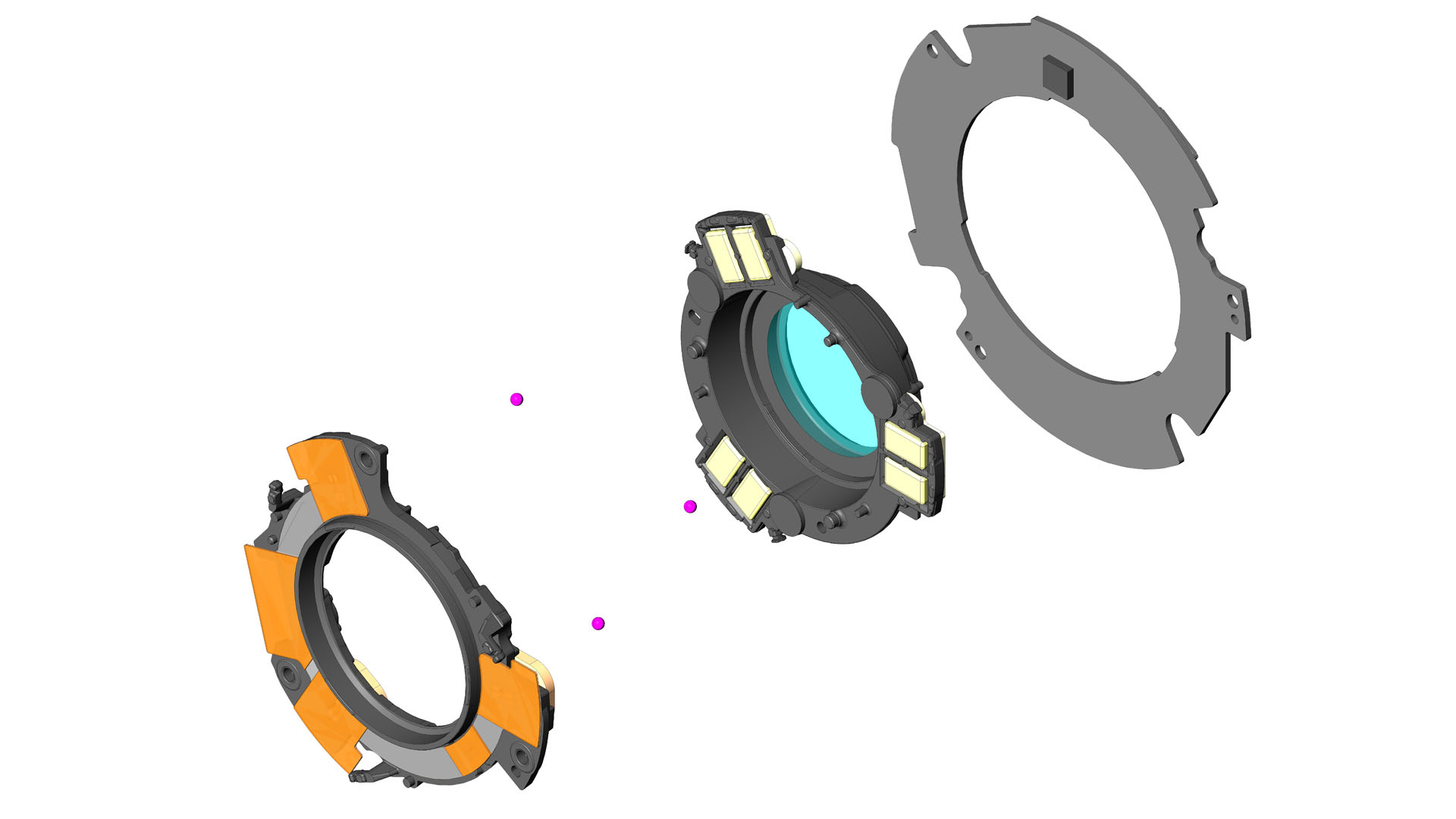 The Tamron 17-70 mm F2.8 Di III-A VC RXD is the first lens in the new Tamron series with image stabilization. Tamron has developed a new stabilization mechanism for the 17-70mm F2.8 Di III-A VC RXD. It is equipped with an MPU that only controls stabilization. According to Tamron, the system uses algorithms based on AI technology. Especially during filming, this system should prove its worth by recognizing and correcting movements even better. We’ve tried it, and the results look good. However, because this is the only modern Tamron with image stabilization; we have not been able to compare exactly what the difference is that AI delivers. 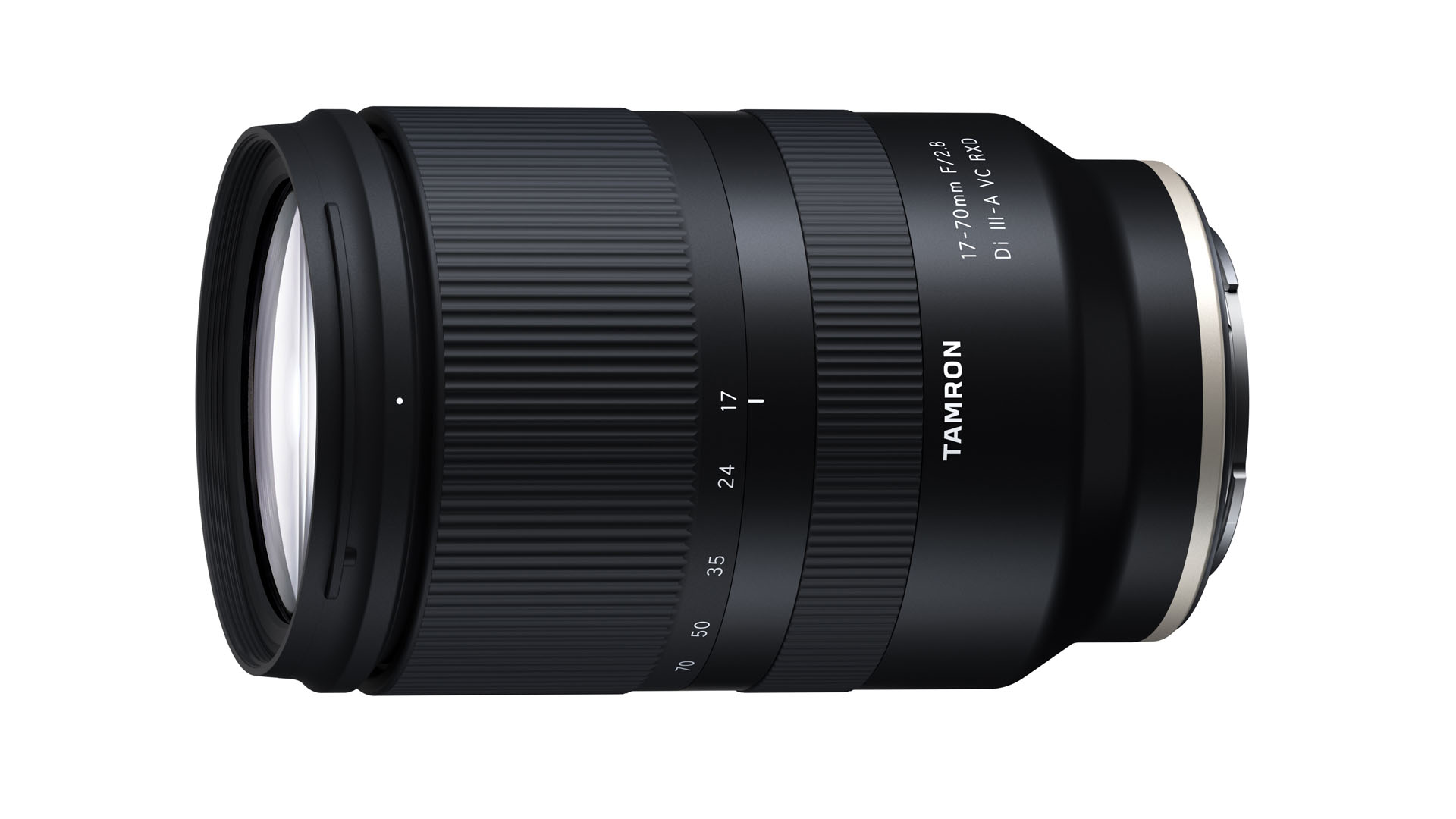 The Tamron 17-70 mm F2.8 Di III-A VC RXD has the characteristic appearance of the recent Tamron lenses. The matte black plastic housing, the wide zoom ring on the front of the lens and the narrower focus ring closer to the body all look very familiar. Like almost all of its stable mates, Tamron 17-70 mm F2.8 has no switches for autofocus or image stabilization. Another common feature is the 67mm filter thread. 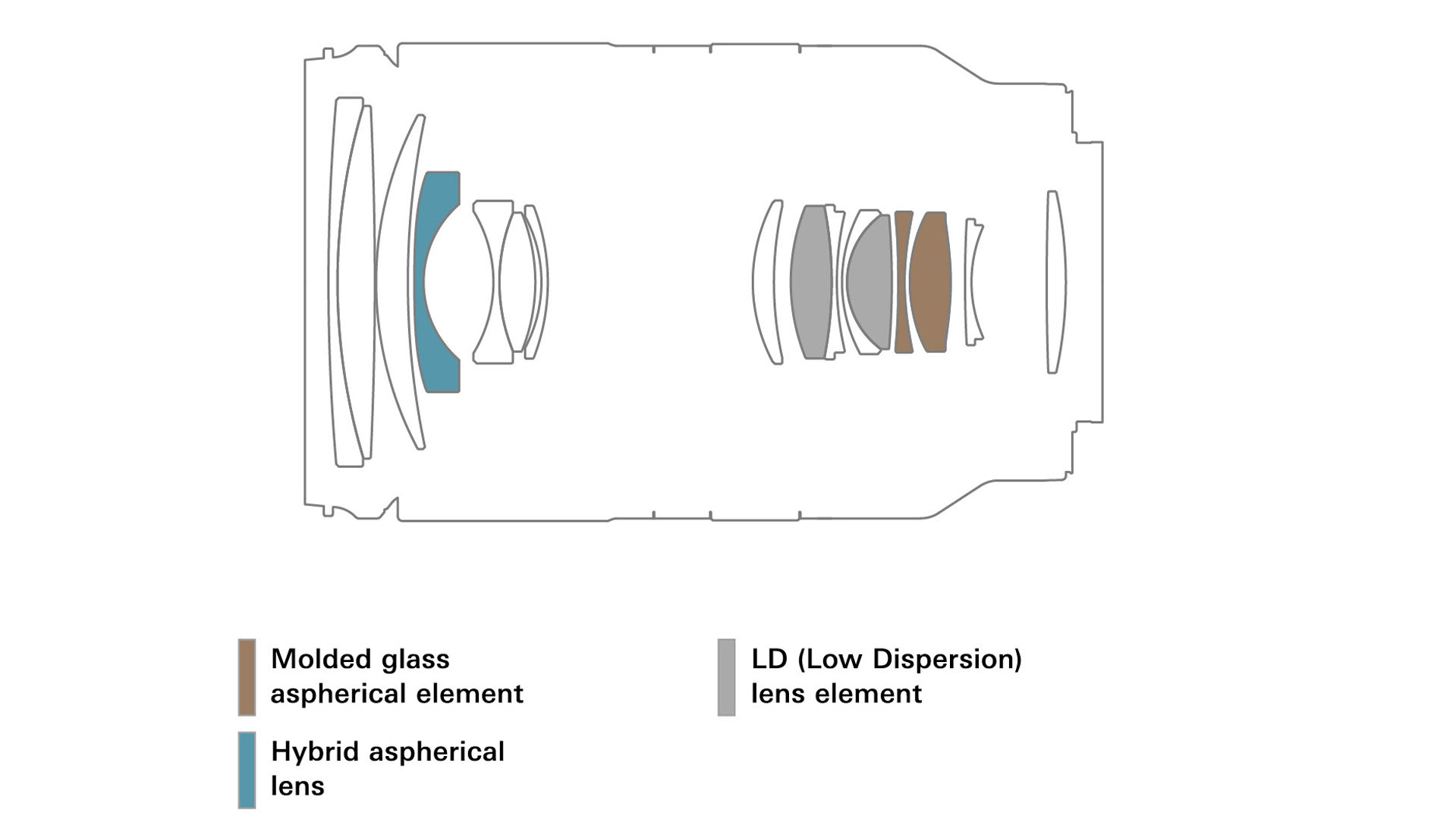 The optical design consists of 16 elements in 12 groups. Three of those elements are aspheric. The Tamron’s aperture has 9 rounded blades for optimal bokeh. The lens is weather resistant and has an extra gasket on the mount. The front element has a fluorine coating to keep the glass clean. 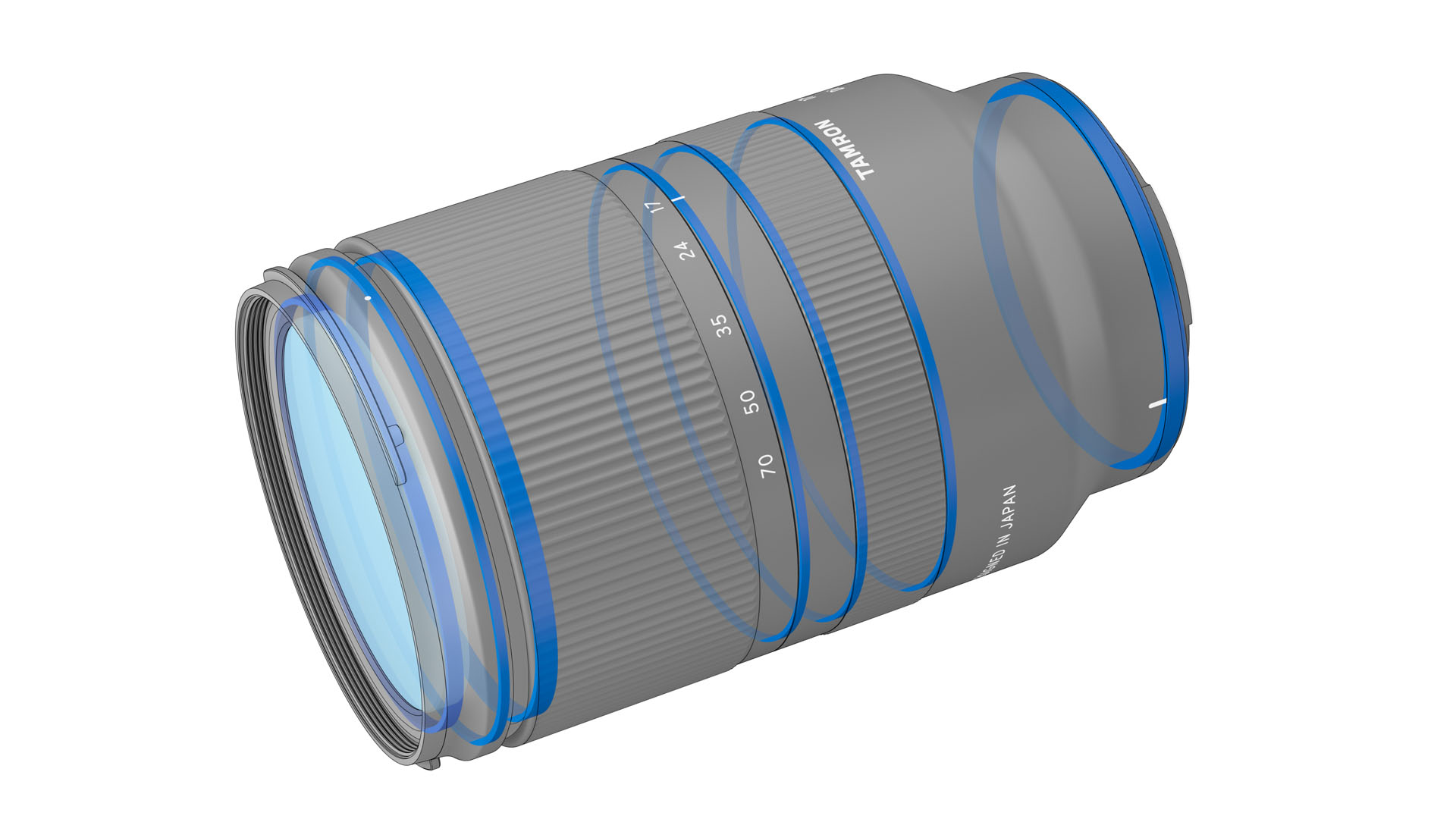 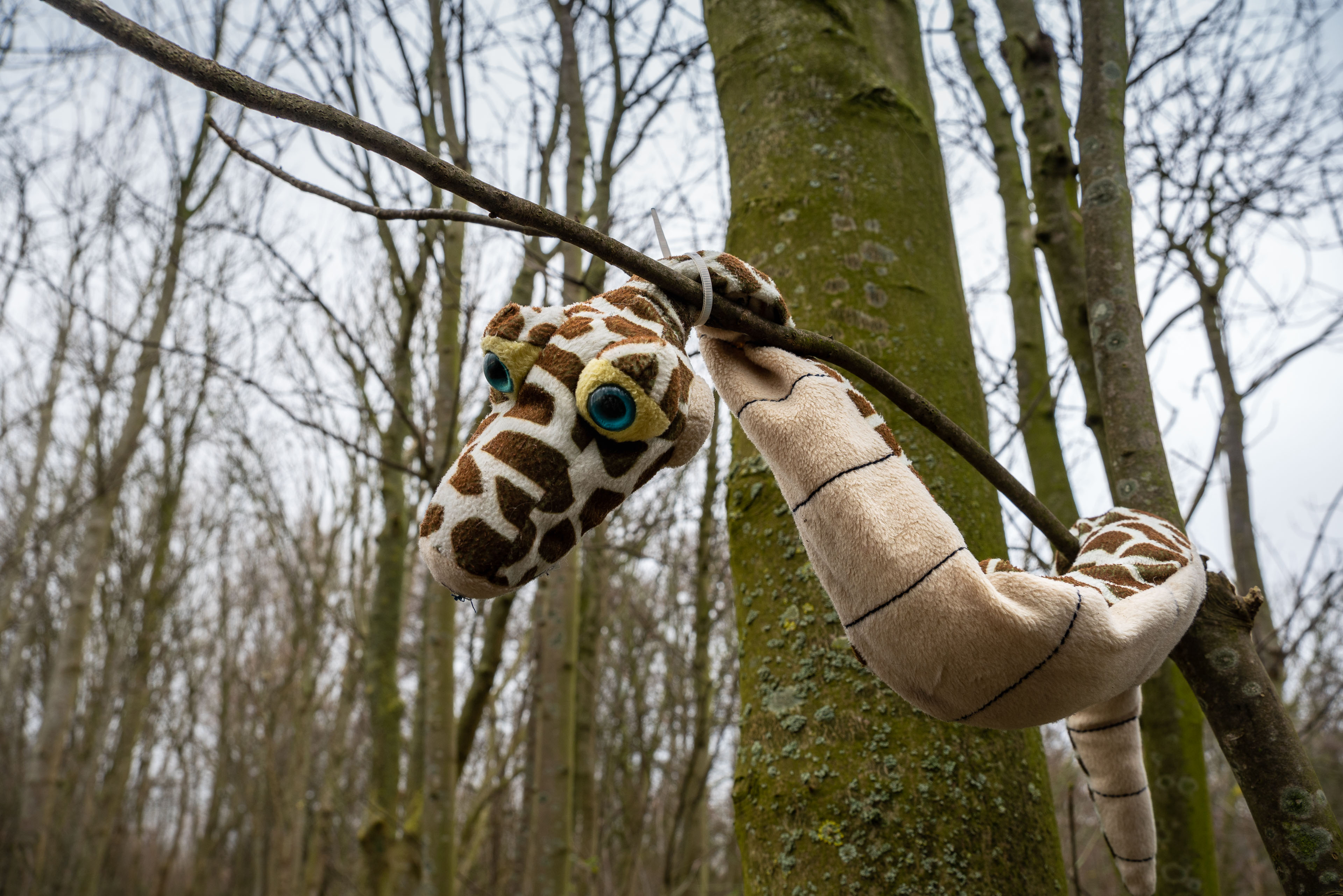 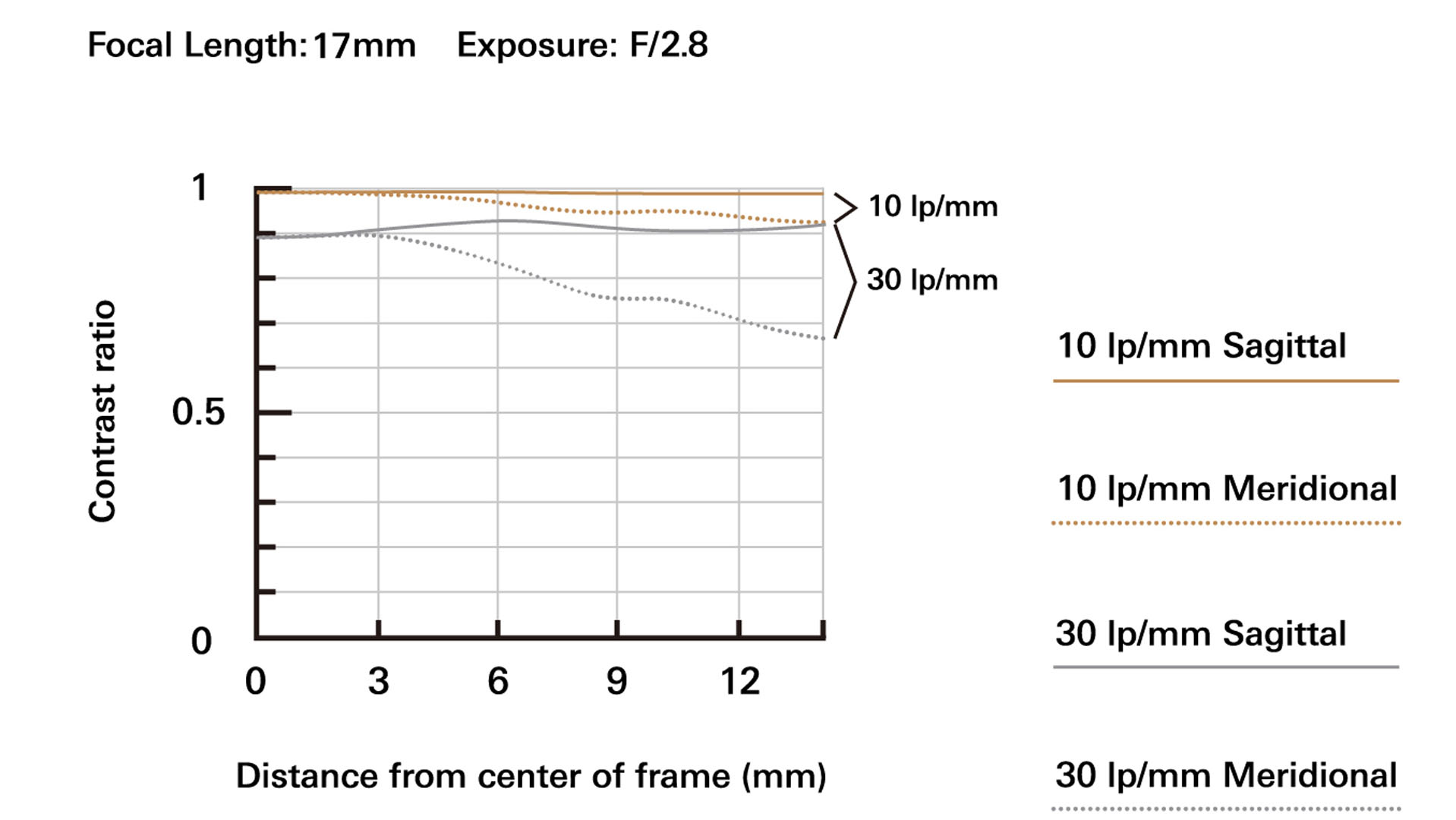 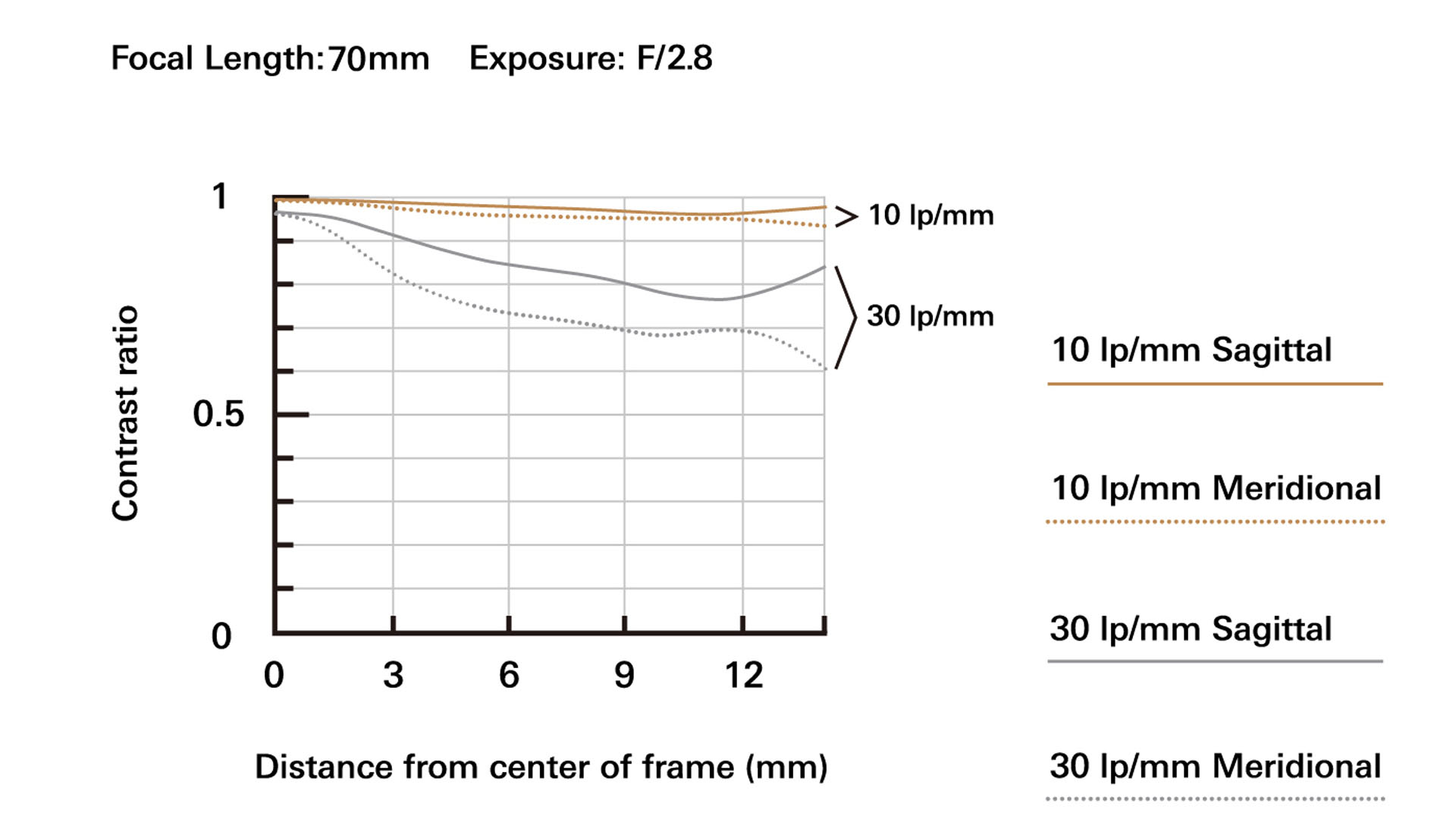 The Tamron 17-70 mm F2.8 Di III-A VC RXD is sharp and not only in the center. In the wide-angle position, the corners also look good, even at full aperture. Stopping down to 17 mm hardly yields any gains. In telephoto mode, the corners at F2.8 lag slightly behind the center. If you want a nice, even sharpness at 70 mm, it helps to stop down by a stop or two. With this performance, the image quality of the Tamron 17-70 mm F2.8 Di III-A VC RXD is clearly better than that of the Sony 16-70 mm F4, which has many more problems in the corners in the extreme zoom positions. 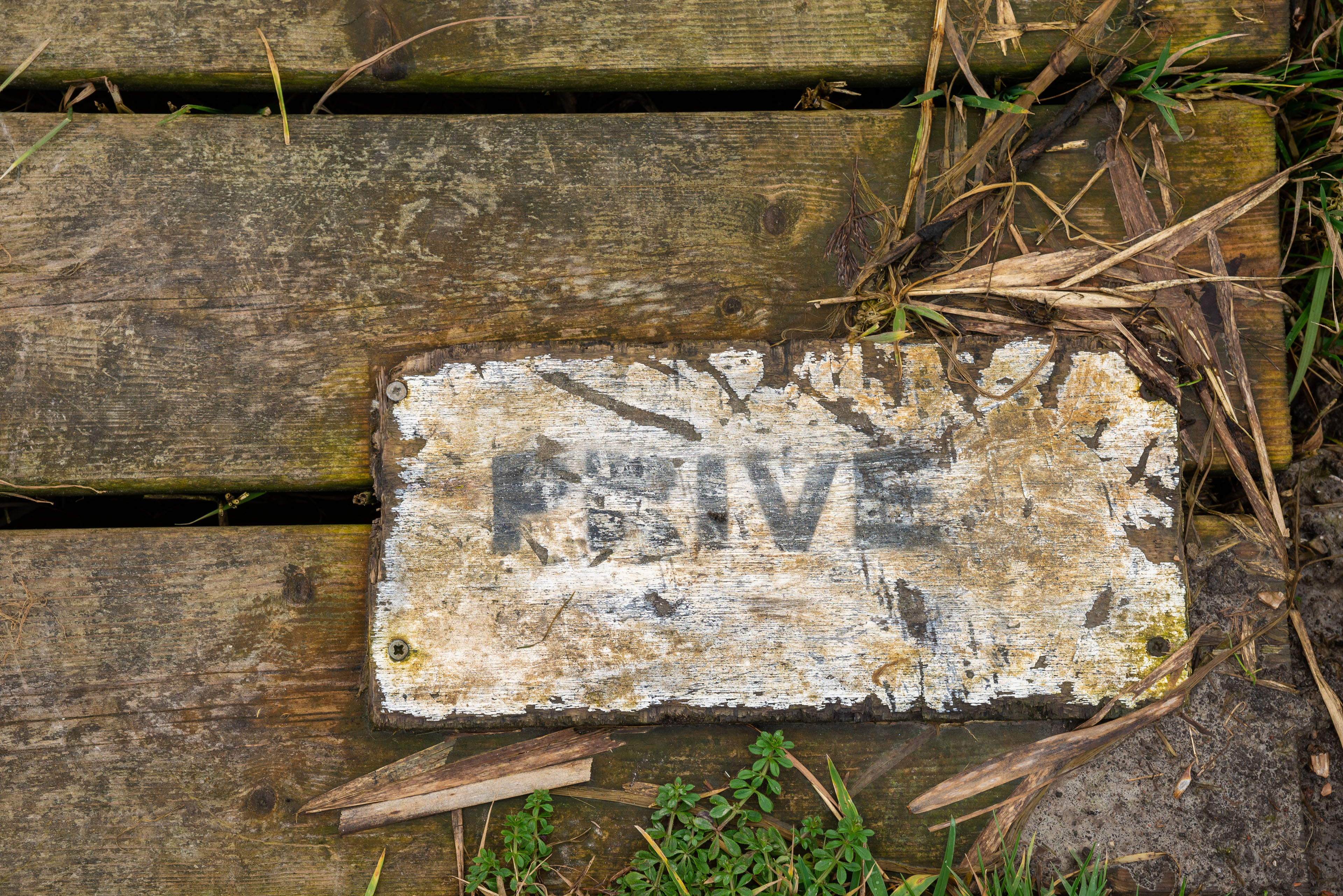 Vignetting is not really a problem with the Tamron 17-70 mm F2.8 Di III-A VC RXD. You can see some of it at full aperture, but it is not very much and is easy to correct if you want. 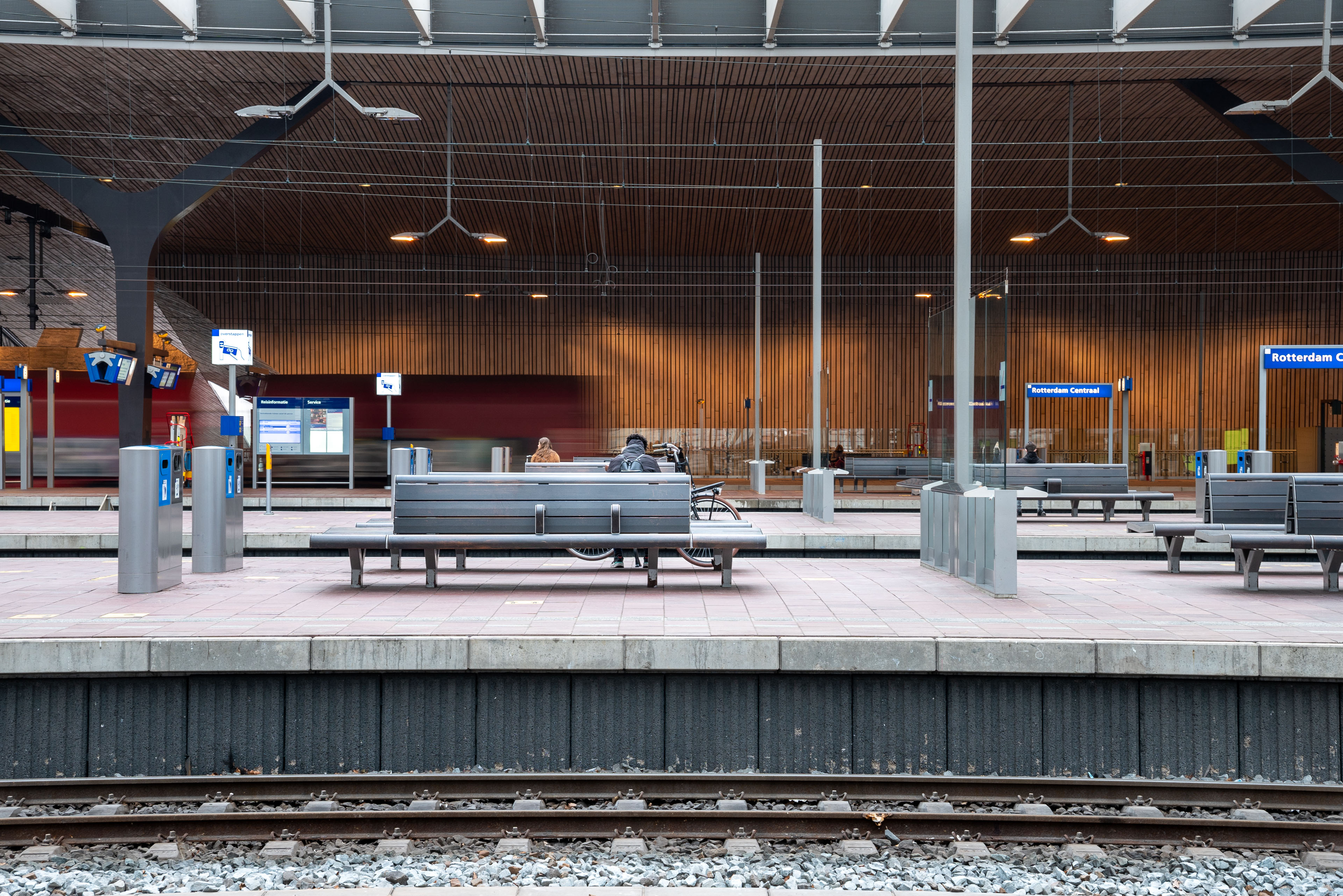 Distortion is visible. Especially in the wide-angle position, the barrel-shaped distortion of the lens is clearly visible in the viewfinder. In the jpeg files, this is corrected in the camera, but that also ensures that small parts of the image that you saw in the viewfinder are not included in the final shot. The RAW files haven’t been corrected in Lightroom yet, but it’s only a matter of time before Adobe adds the correct profile.

The bokeh of the Tamron 17-70 mm F2.8 Di III-A VC RXD is very nice. Thanks to the reasonably high brightness, you can create beautiful blurred backgrounds with this lens. If you have point-shaped light sources in the picture, you will see that the bokeh balls that you get have a hard edge with circles in the middle. That is not optimal, but also not bad for a zoom lens. 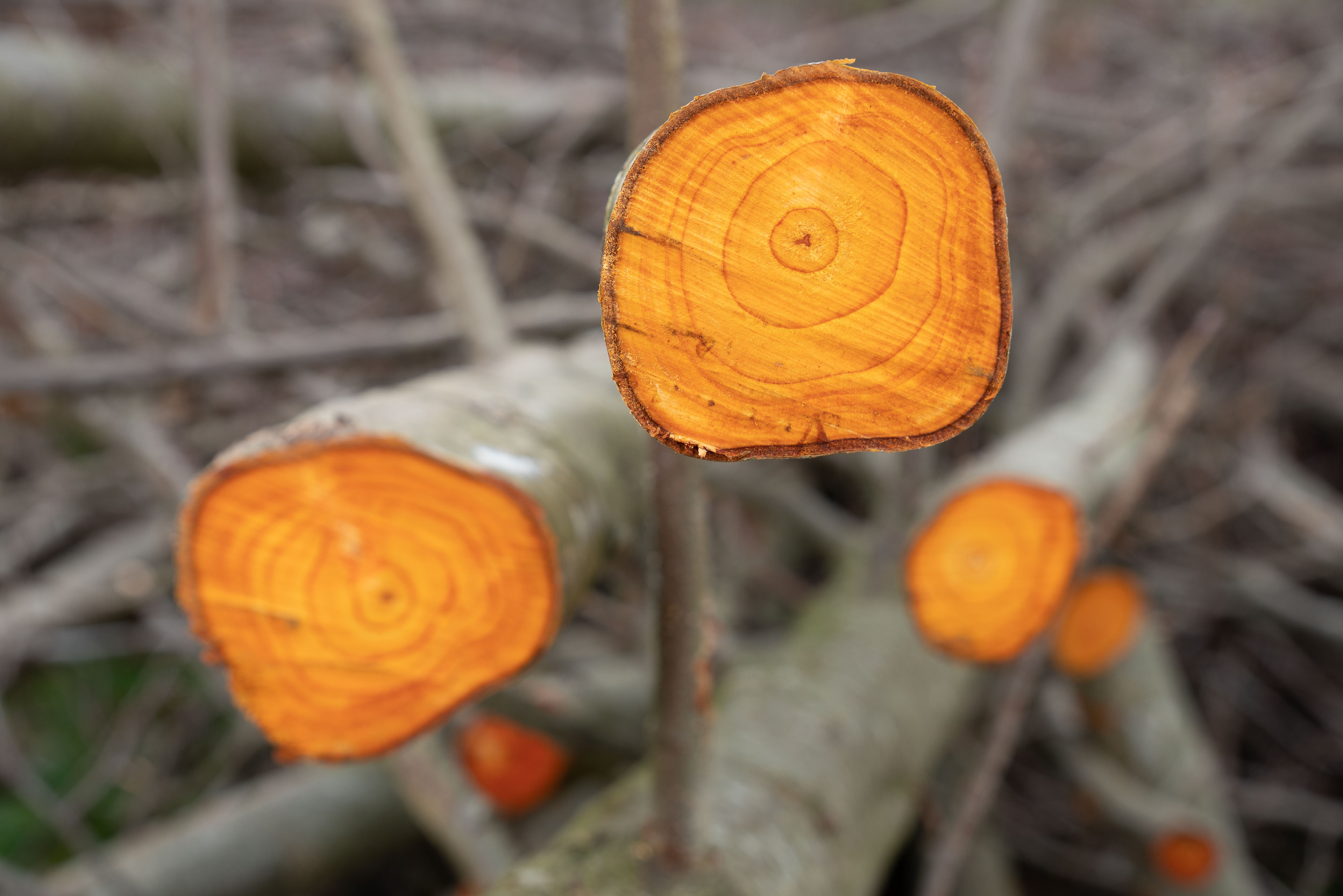 The only real downside is that the lens can sometimes suffer from purple edges when you photograph dark subjects against a light gray background. These color fringes can be removed in post-processing. If you are very critical, then at least shoot these types of shots in RAW.

This new Tamron 17-70mm lens also falls under Tamron’s 5-year extended warranty. To claim this 5-year warranty, owners will have to register the lens within 2 months of purchase. More information about the Tamron 5-year warranty and registration can be found at: www.tamron.nl

The Tamron 17-70 mm F2.8 Di III-A VC RXD is currently the only lens that combines this range, 4.5x zoom, and a fixed, high brightness of F2.8 for APS-C cameras. It also has image stabilization, and the price is a lot lower than optically somewhat comparable lenses from Sony itself. Like all zooms with a large range, there are pluses and minuses, but the pluses of this lens easily beat the few small minuses. This lens is highly recommended for Sony APS-C photographers.