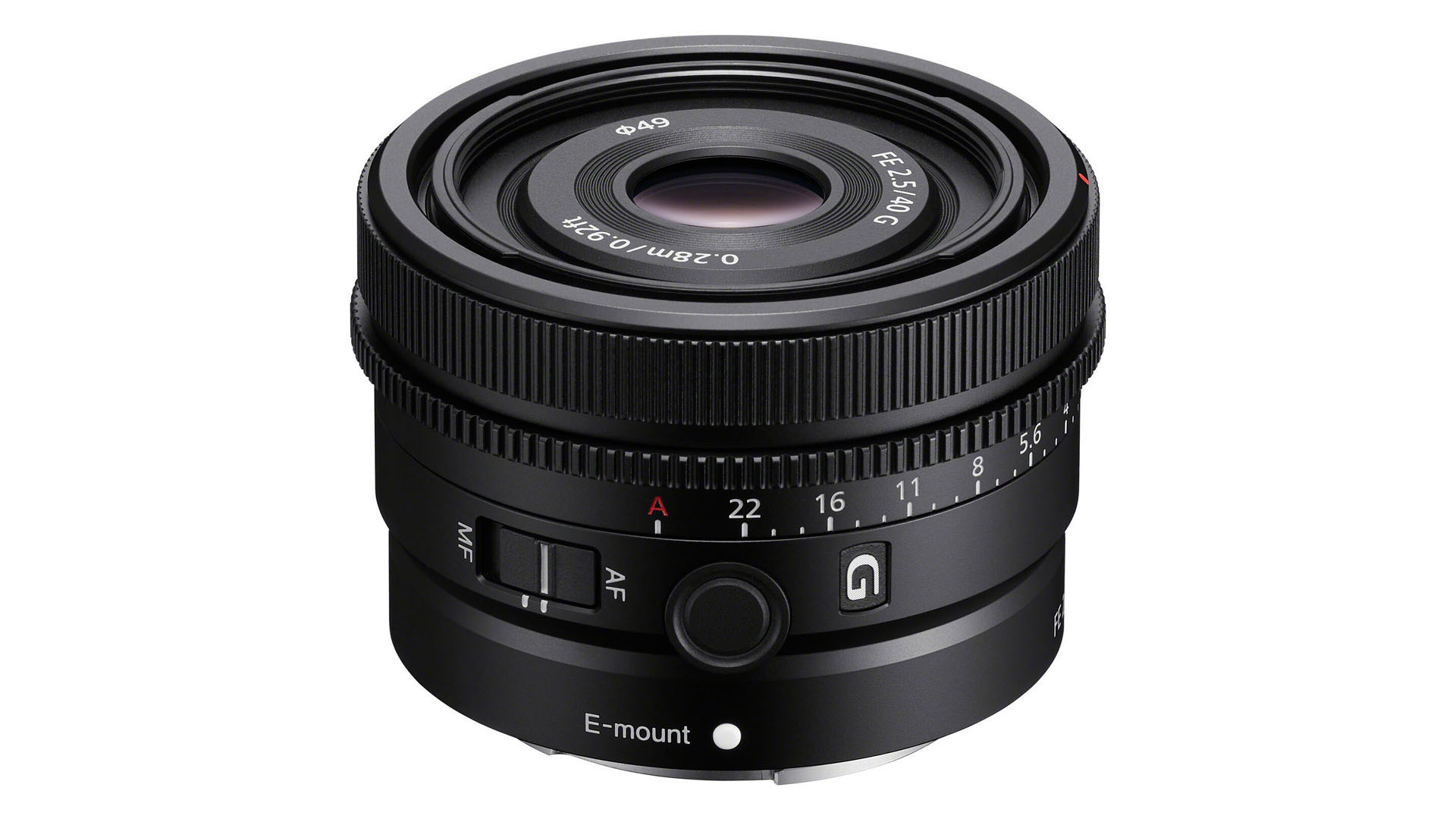 The Sony FE 40mm F2.5 G is a compact fixed focal length lens for Sony full-frame cameras. It is one of three new compact G lenses from Sony, along with the Sony FE 50mm F2.5 G and the Sony FE 24mm F2.8 G. It is light, but not bright. It is a G lens, though. That means that it has additional features such as an aperture ring and an AF/MF switch and that it must also perform optically well. 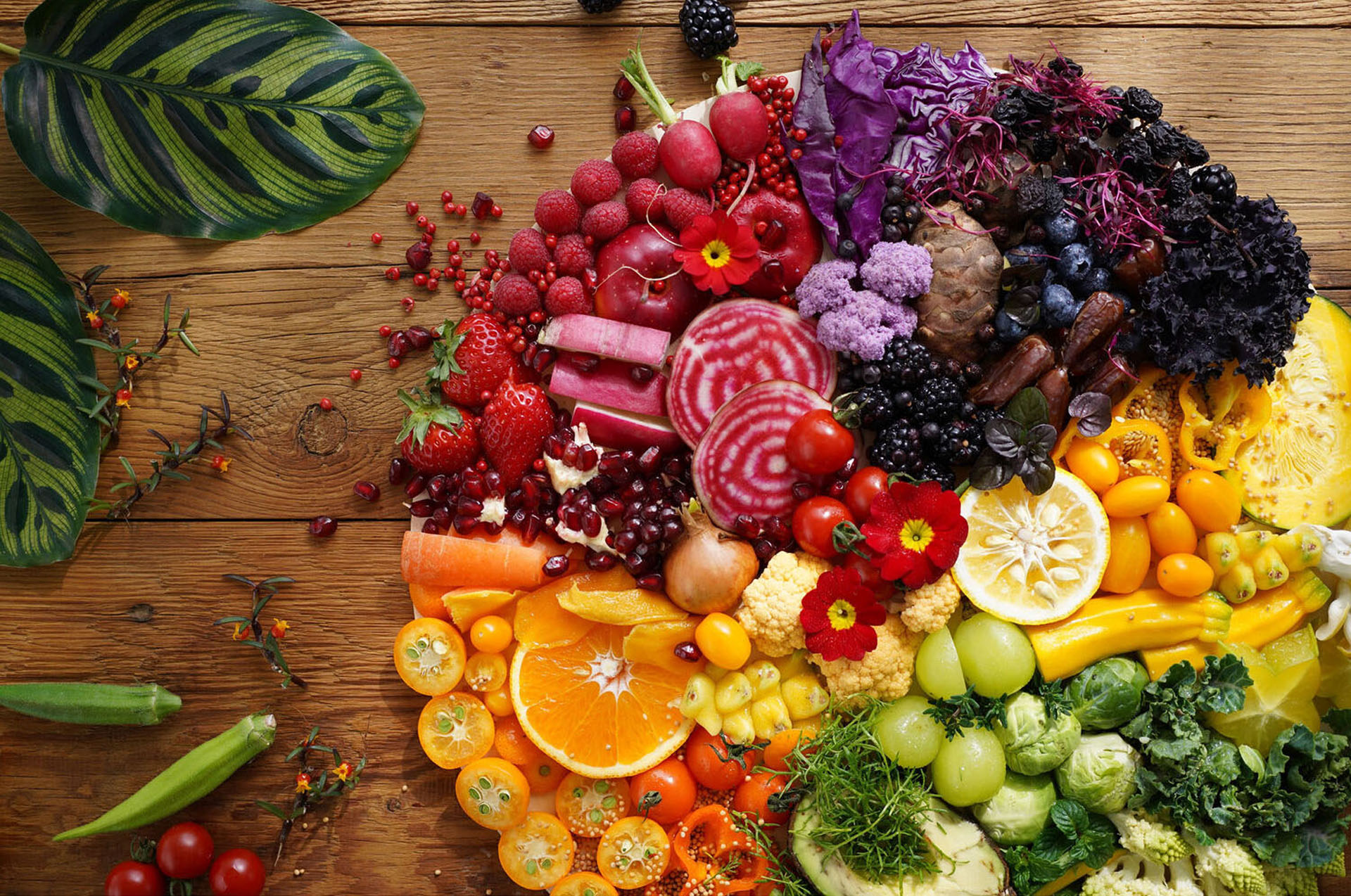 The Sony FE 40mm F2.5 G is part of a series of three fixed focal length lenses with a relatively low brightness. The other two are the Sony FE 24mm F2.8 G and the Sony FE 50mm F2.5 G. The lenses may be the answer to the compact Sigma DG DN lenses such as the Sigma 45mm F2.8 DG DN Contemporary and the Samyang AF 45mm F1.8 FE. They are intended for photographers looking for good image quality in a small package. In this series of three, the Sony FE 40mm F2.5 G is a bit of an odd choice. In addition to a 50mm and a 24mm, a 35mm would have made more sense. The chance that you would want all three is greater then. On the other hand, 40mm’s are hot. Sigma has a bright lens in the ART series, Canon has a compact 40mm for EF cameras, Nikon has recently released a Z model, Zeiss has a 40mm CF and Olympus has just introduced a 20mm F1.4 for Micro Four Thirds that uses the same field of view has as a 40mm on full frame. Whatever Sony’s considerations, there is at least something to choose from for photographers. The 40mm has a 10 degrees wider field of view than the 50mm. You can still use it as a standard lens, but it also looks a bit like a light wide angle. This is a godsend for photographers who think that a 50 mm has a slightly too narrow field of view. 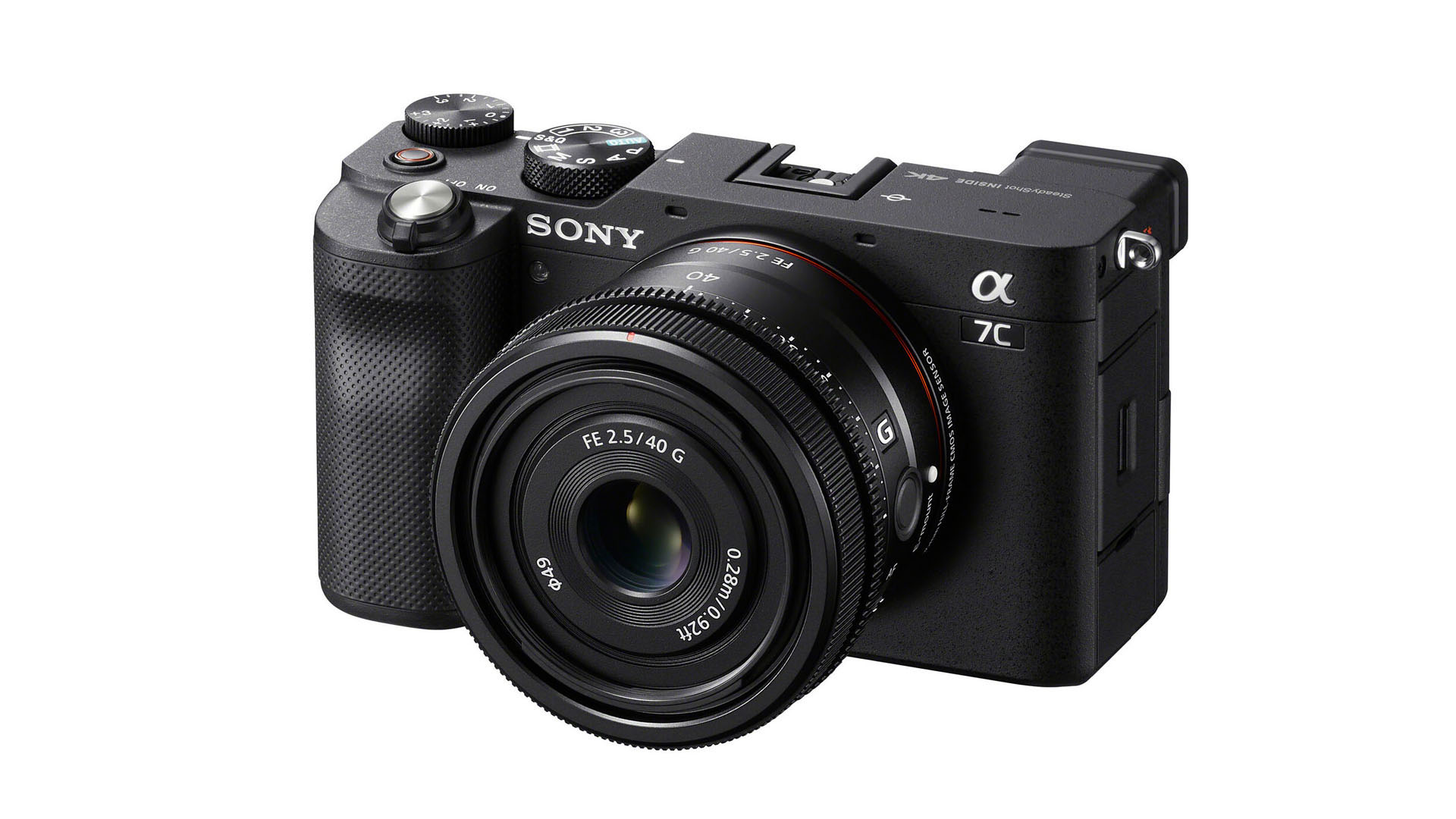 The Sony FE 40mm F2.5 G is a G lens. That says something not only about the image quality that you can expect from this lens but also about the functionality. Despite the small dimensions, Sony has succeeded in providing the new, compact G-lenses with an aperture ring, an AF/MF switch and a button to lock the focus. This comes at the expense of the width of the focusing ring, but the additions are very welcome. The aperture ring is also a solution for photographers who work with a Sony A7C. That camera does not have a front dial. An aperture setting on the lens makes up for that and ensures that you can regulate the exposure on M without problems. The lens is also weatherproof, with a gasket on the back. That also makes this lens widely applicable. 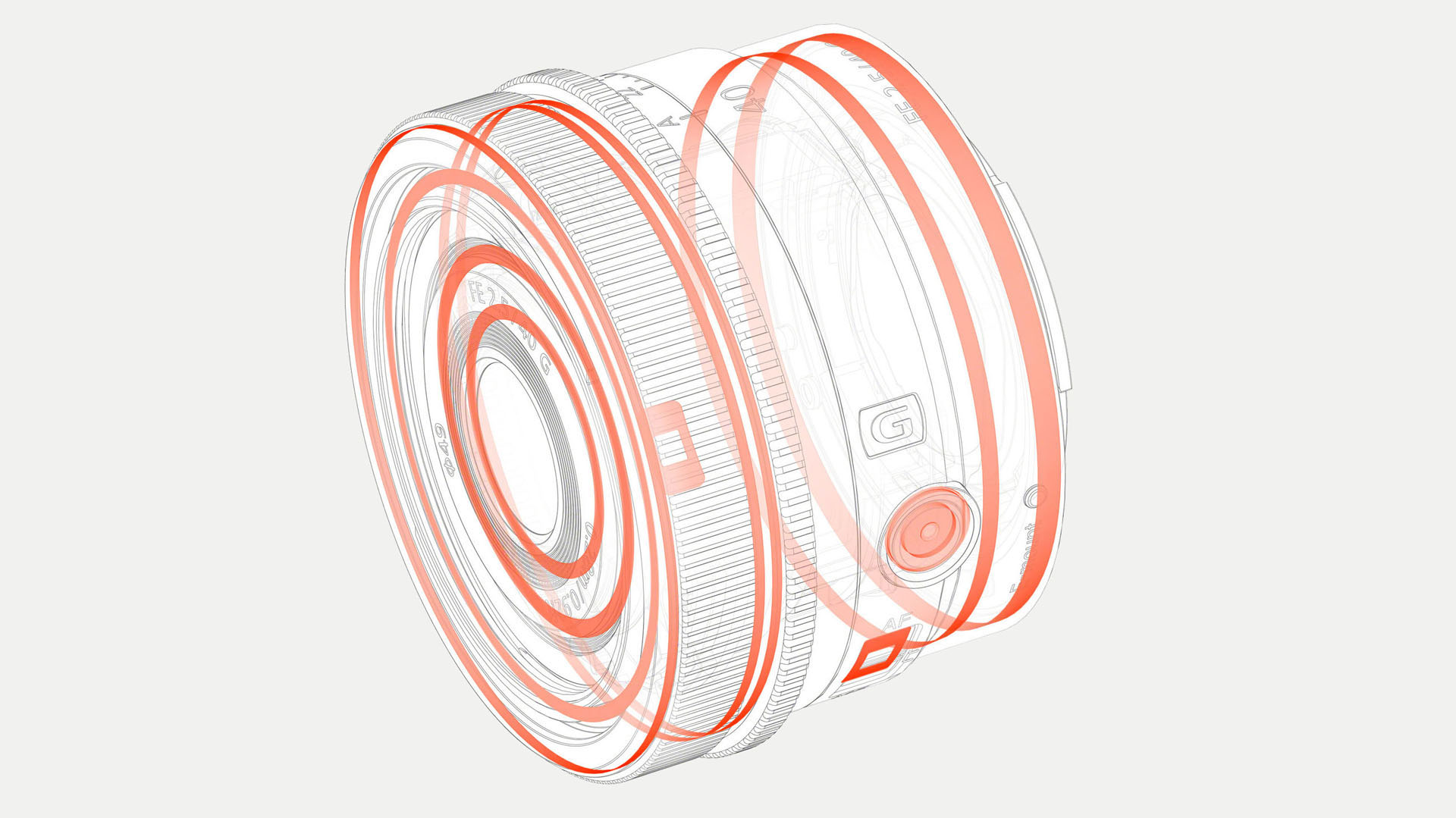 The new lenses are also perfectly suitable for filming. The aperture ring can be made clickless. This means that filmmakers can continuously adjust the exposure while shooting. Because the three new lenses are almost the same size and weight, you can also easily exchange them on a gimbal without having to rebalance the gimbal. 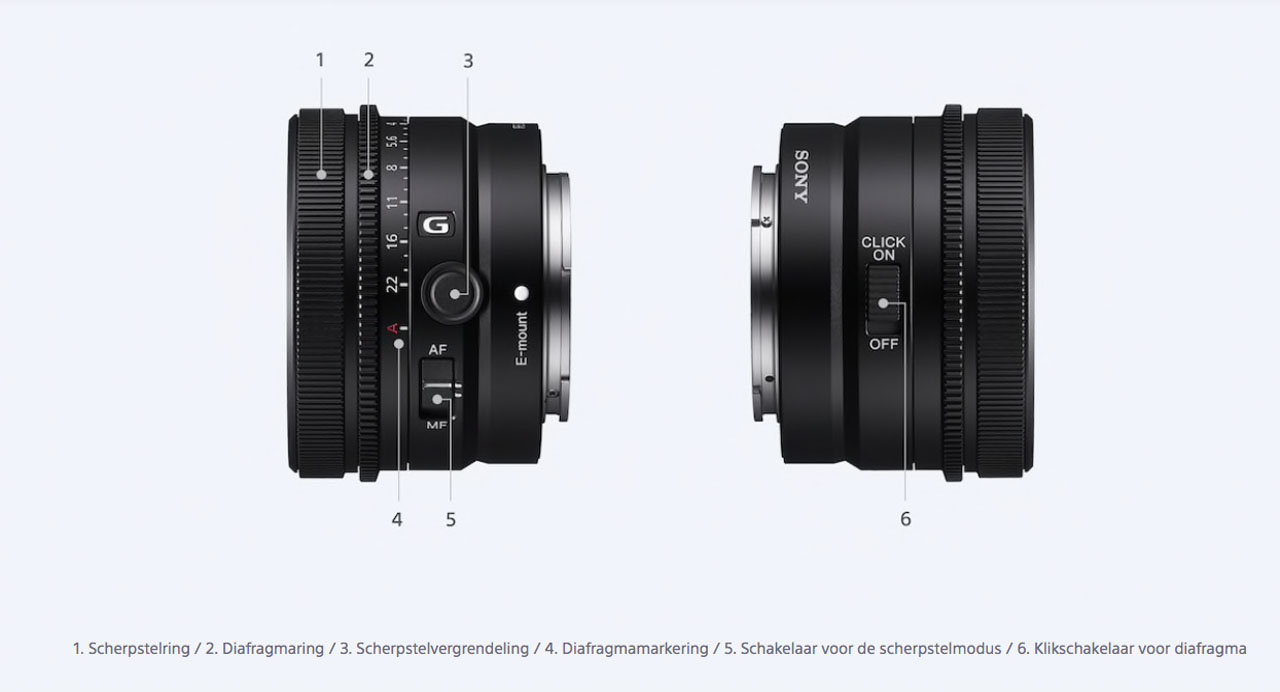 The Sony FE 40mm F2.5 G is exactly the same size and width as the 50mm. So it is very compact. The length is 45 mm, and the diameter is 68 mm. It is even a gram lighter than the 50 mm, with a weight of 173 grams, although you will of course not notice this in practice. That is almost as light as the Samyang AF 45mm F1.8 FE. It is one stop brighter, but does not have the extra options of the G lenses, and the Samyangs cannot be compared with the Sony G series in terms of build quality. The Sony FE 40 mm F2.5 G has a narrow focus ring on the front with an even narrower aperture ring almost immediately behind it. Those rings are so narrow because Sony has created space behind them for an AF/MF switch, a Focus Hold button and a button to make the aperture ring clickless. It means that you sometimes have to look for buttons if you want to operate the lens without looking, but the good news is, of course, that everything is there. 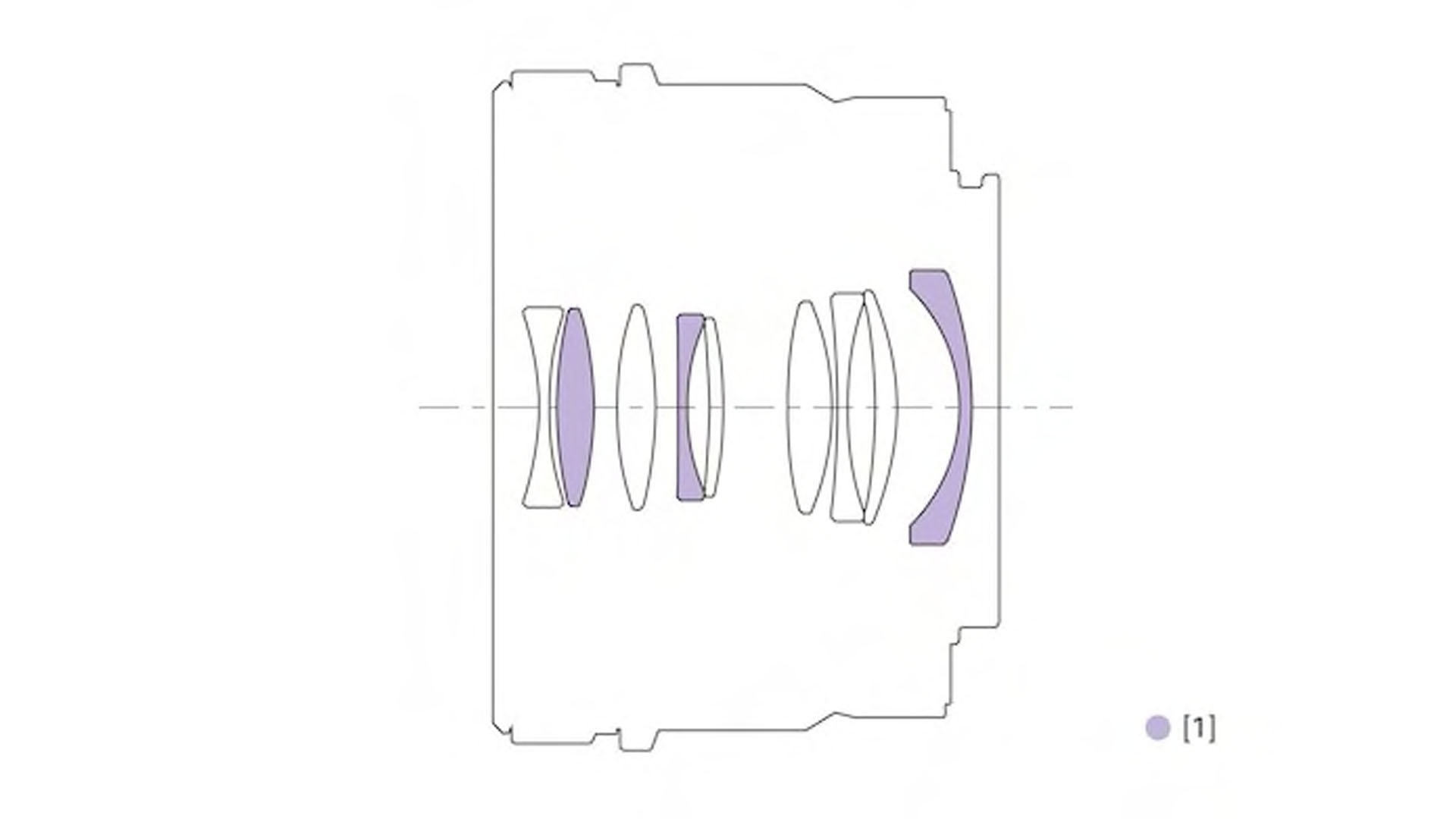 The Sony FE 40 mm F2.5 G is weather-resistant and has a gasket at the rear. This is also a difference with Sony’s cheaper, non-G lenses and makes these lenses a better choice on Sony’s newer, well-weatherproof bodies. As with the Sony FE 50mm F2.5 G, the optical design of the 40mm F2.5 G consists of 9 elements in 9 groups. There are also minor differences between the two lenses. The 50mm has 2 aspherical elements and 1 ED element; the 40mm has 3 aspherical elements but no ED glass. The diaphragm has 7 blades, and the filter size is 49mm. The lens comes with a special lens hood that extends slightly inwards at the end. This also allows 49mm filters to be screwed onto the lens hood. 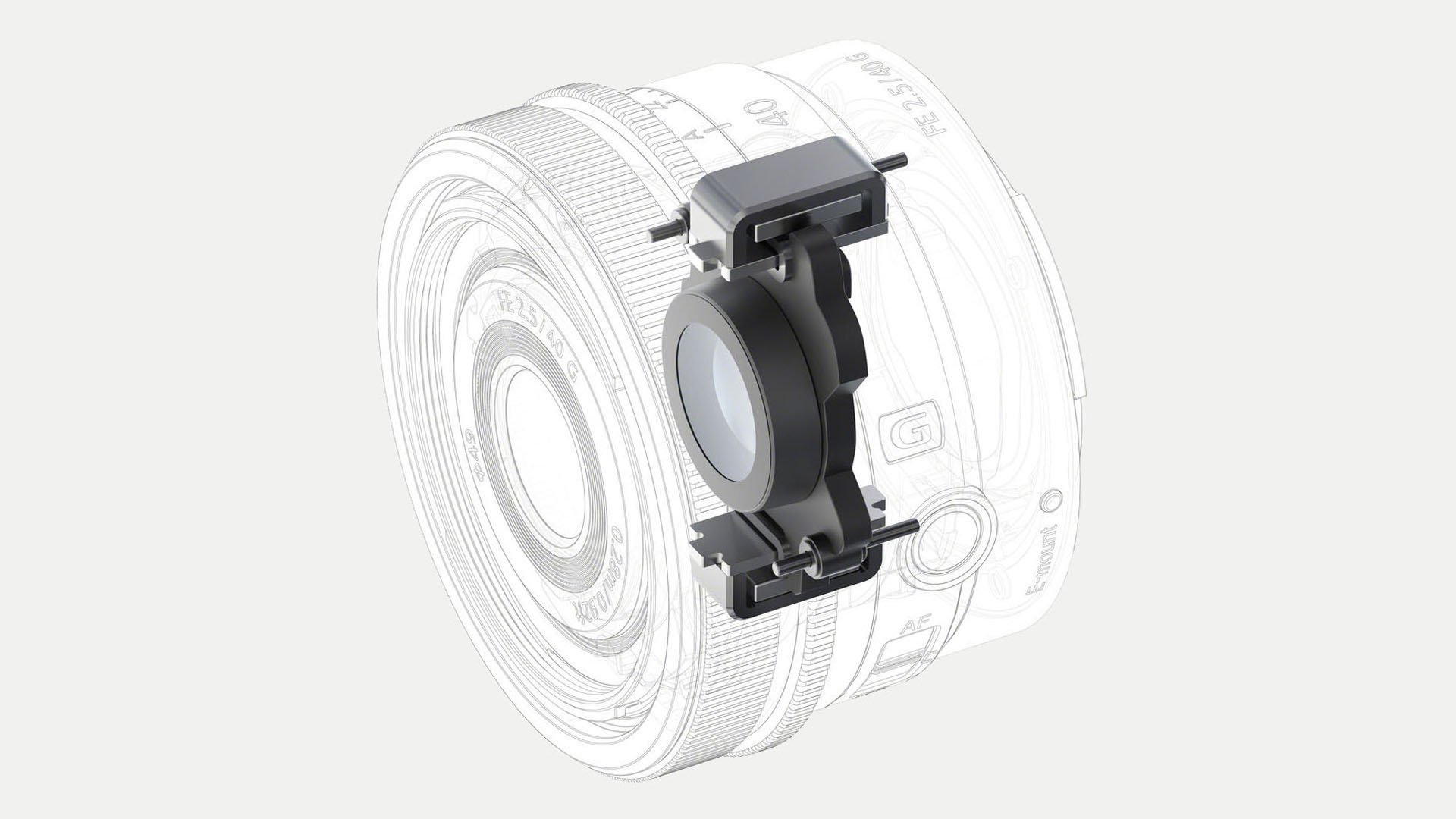 For the autofocus, the Sony FE 40mm F2.5 G uses a double, linear motor. Especially on the latest Sony models with Real-time tracking, fast focusing is necessary in order to make optimal use of this system. We have already been able to test the Sony FE 50 mm F2.5 G with the same focusing motor in practice, and both its speed and accuracy are high. Of course, you don’t have to move much either. For manual focus, the Sony FE 40 mm F2.5 has a focus ring and an AF/MF switch. This allows you to switch easily. The shortest setting distance of the Sony FE 40 mm F2.5 G is 28 cm with autofocus and 25 cm if you focus manually. That is slightly closer than you can get with the 50 mm, but the field of view is of course also somewhat wider. Still, the 40mm’s maximum magnification is slightly higher, at 0.2x with AF and 0.23x on MF. That’s reasonable for close-ups, but obviously not enough for macro work. 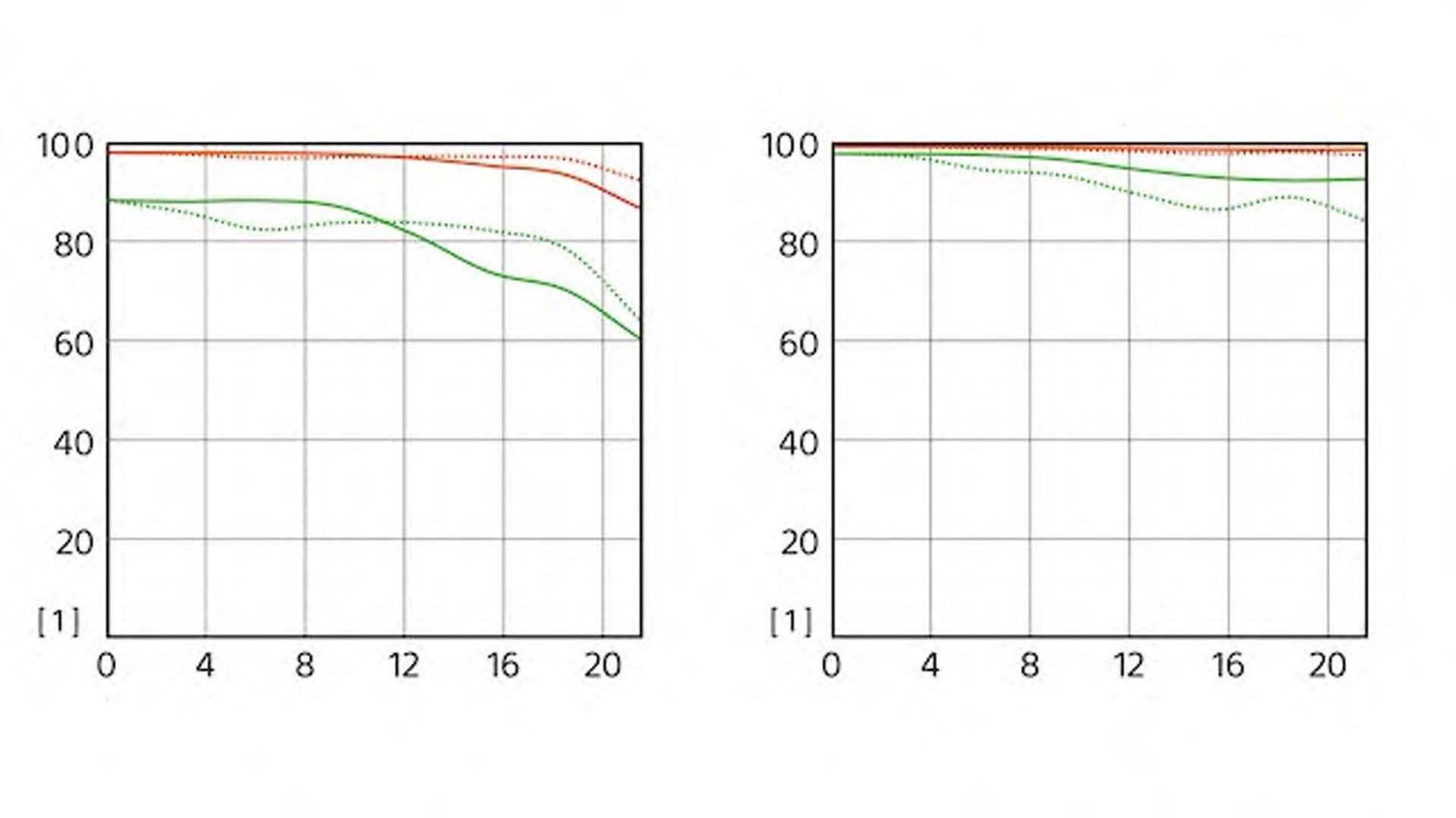 The MTF curves of the Sony FE 40mm F2.5 G are almost identical to those of the 50mm. At full aperture, we see a slight variation in sharpness in the extreme corners and a slightly lesser reproduction of the finest details, and at F8 the results are almost perfect and the sharpness is high over the entire image. The bokeh of the Sony FE 50 mm F2.5 G is quite nice, despite the fact that the 50 mm is ‘only’ F2.5. The results are therefore completely in line with the G-label of this lens and that, together with the extra features, of course explains the price of the Sony FE 40mm F2.5 G. 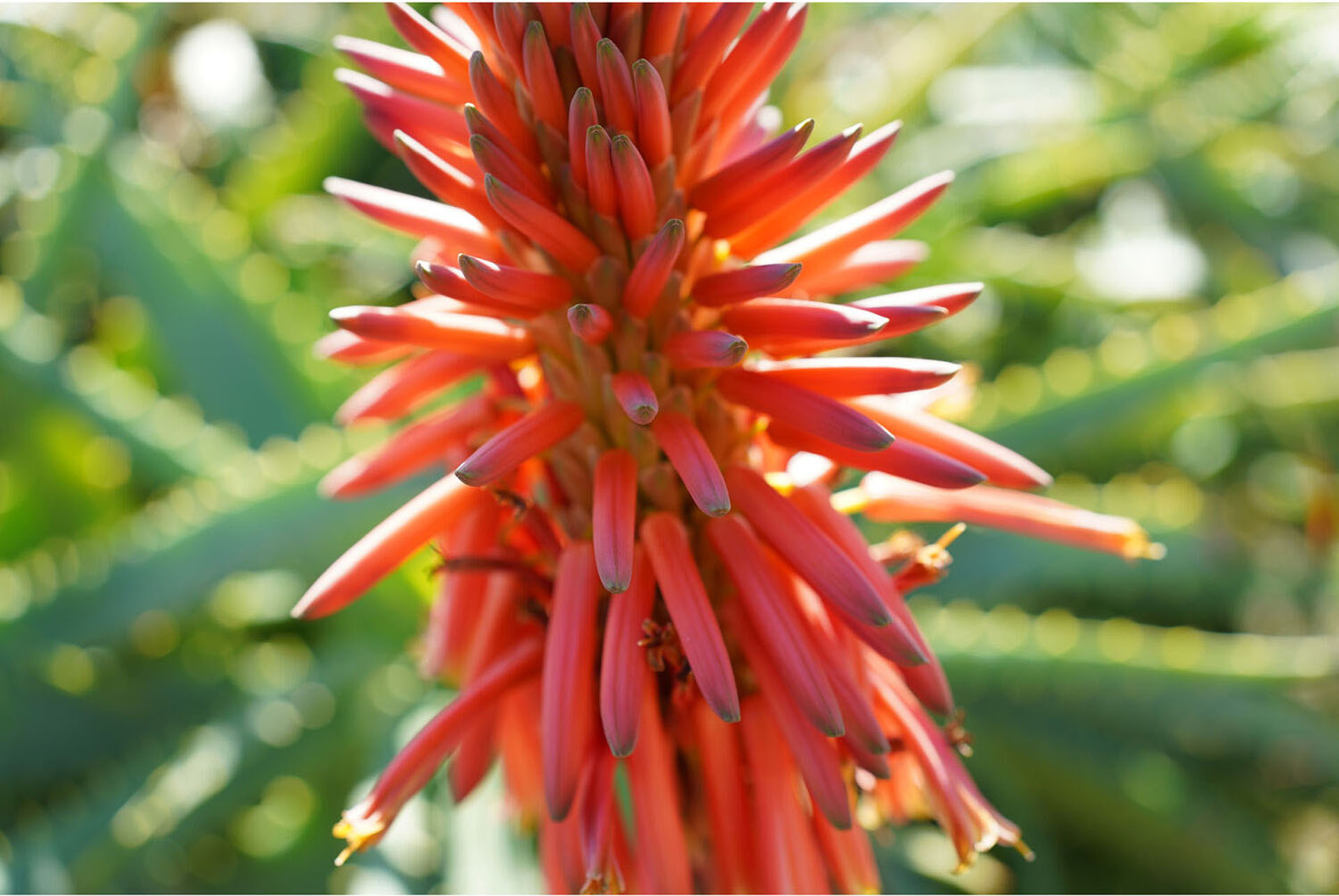 The Sony FE 40 mm F2.5 G is nice as part of a compact set of fixed focal lengths or as an addition to a less bright zoom.

The Sony FE 40mm F2.5 G is a lens that you may have to think about before you buy it. There are now more 40mm lenses for sale, but it is not really a ‘traditional’ focal length like a 35 or 50mm is. The brightness may also take some getting used to. ‘Only’ F2.5 for a 40mm? That relatively low brightness does ensure that this lens can be so small and wonderfully light, so that you can actually always take it with you, as part of a set with other fixed focal lengths or as a supplement to a less bright zoom. The low weight is also nice for videographers, because it allows you to work with lighter gimbals, and you don’t have to rebalance them if you exchange this lens with the 24mm or 50mm from this series. The image quality and construction are also what you can expect from a G lens. The Sony FE 40mm F2.5 G is not cheap, but we think it is well worth the amount.