Today, the testing report for the new Sony FE 24-70 mm f/2.8G, used on the Sony A7R Mark 2 body. For full-frame documentary photography, the 24-70 mm f/2.8 is more or less standard equipment. Every brand has one, both the camera manufacturers and the independent lens manufacturers. The price and the specs, though, vary greatly. The Sony FE 24-70 mm f/2.8 G Master lens is part of a series of 3 new lenses in the high-quality top segment under the name Sony G Master: the 24-70 reviewed here, an 85 mm f/1.4, and a 70-200 mm f/2.8 zoom. According to Sony, the very newest technologies are combined in this series, resulting in exceptionally good optical performance. The 24-70 G Master is not cheap: the list price is € 2400 and the bar can thus be set very high. Sony actually lives up to the claims, as it appears from our test results.

The build quality is flawless, with a beautifully sober and sleek matte black metal housing, as you might expect from a high-end professional lens. We recently reviewed the newest Nikon 24-70 mm f/2.8E, for which we described the enormous length as a minus point. With this Sony, they managed to keep the dimensions and the weight limited. For a (semi-)professional photographer, that seems to us to be a big plus. The Sony 24-70 G Master is 136 mm long and weighs 890 grams. You can comfortably work all day with an A7R body with this zoom hanging around your neck, although the less expensive Sony FE 24-70 mm f/4 Sony A7 will appeal to photographers who prefer an even more compact and lighter zoom lens. The filter size is 82 mm. The setting rings for distance and zoom are wide and coarse and sufficiently dampened not to turn on their own. You can also secure the zoom setting with a slider. The aperture has 9 lamellae. The lens is extra well sealed against dust and splashwater. Focusing and stopping down are done with a fly-by wire mechanism; there is thus no mechanical link. There is an AF/MF switch and an AF lock press button on the lens tube The lens has no image stabilization. With the A7R Mark 2 that we used, that is in the camera body, but not all Sony system cameras have that. There are also no focal length or distance scales on it. Because this body focuses on the sensor signal, you have no trouble with front or back focus. An SSM direct-drive motor is used for focusing. The AF is fast, extremely accurate and as good as inaudible.

This lens consists of 18 lens elements in 13 groups. According to Sony, they make this lens completely themselves, in contrast with many other high-end Sony lenses (including the consumer version of the FE 24-70 mm f/4), which come from Zeiss.

In the jpg files—and RAW files that you open in Lightroom or Photoshop—vignetting is corrected automatically. That means that you have less than 1 stop of vignetting across the whole range. Only at 24 mm is the vignetting not completely corrected, and then it’s a bit more than 1 stop. On its own, 1 stop vignetting for a zoom lens on a camera with a full-frame sensor is not that high. Even so, the corrected vignetting only reaches less than half a stop starting at f/8. That correction could be a bit more, as far as I’m concerned.
Chromatic aberration is also automatically corrected. If you work with RAW files in Lightroom/Photoshop, or if you use the jpg files from the camera, then you will not be bothered by it. How good the lens design is can be seen from the measurement results for vignetting and chromatic aberration where no lens corrections are applied: those are outstanding.

Sony has deliberately chosen a lens design where (with the exception of the ‘middle settings’ of 28 and 34 mm), considerable distortion is present. Move your mouse over the illustration for the distortion in uncorrected RAW files. The distortion is also automatically corrected in the JPEGs and when opening RAW files in Lightroom or Photoshop; you will not be bothered by at any zoom setting. 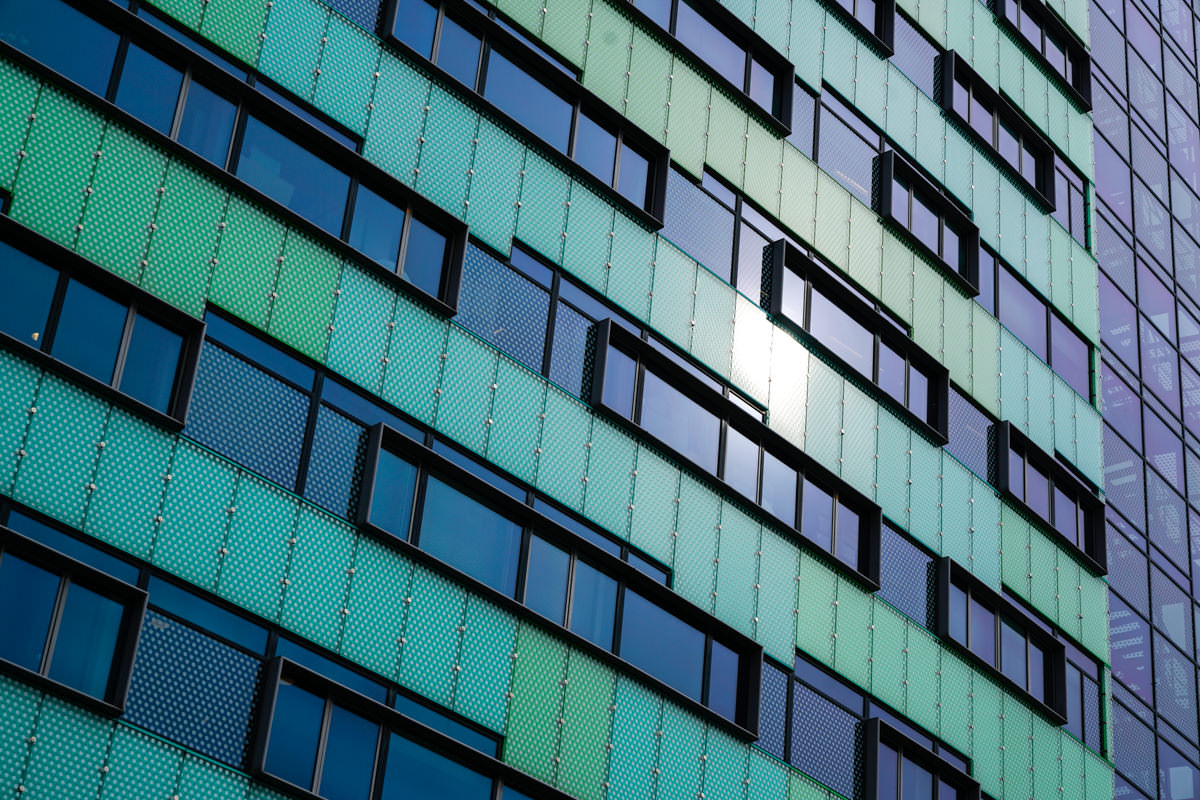 Below you see the MTF results from our Imatest measurements of RAW files without lens corrections, without sharpening or noise suppression. You see the contrast on the vertical, against the distance relative to the center. The higher the line, the better. The blue line shows the sharpness in the center, while the red line shows the sharpness in the corners. As far as sharpness is concerned—just like the Canon 24-70 mm f/2.8 L II—this lens holds its own. In our measurements, the Canon on a Canon 5DsR (with a 50-megapixel sensor) scored marginally higher than the Sony (on a 42-megapixel A7R mk2). In practice, when you shoot by hand, thanks to the perfect image stabilization, you will get sharper images with the Sony 24-70 mm (more about that in a moment) than with the Canon 5DsR/Canon 24-70 mm f/2.8 LII combination, as soon as you choose a shutter time of 1/100 of a second or longer. 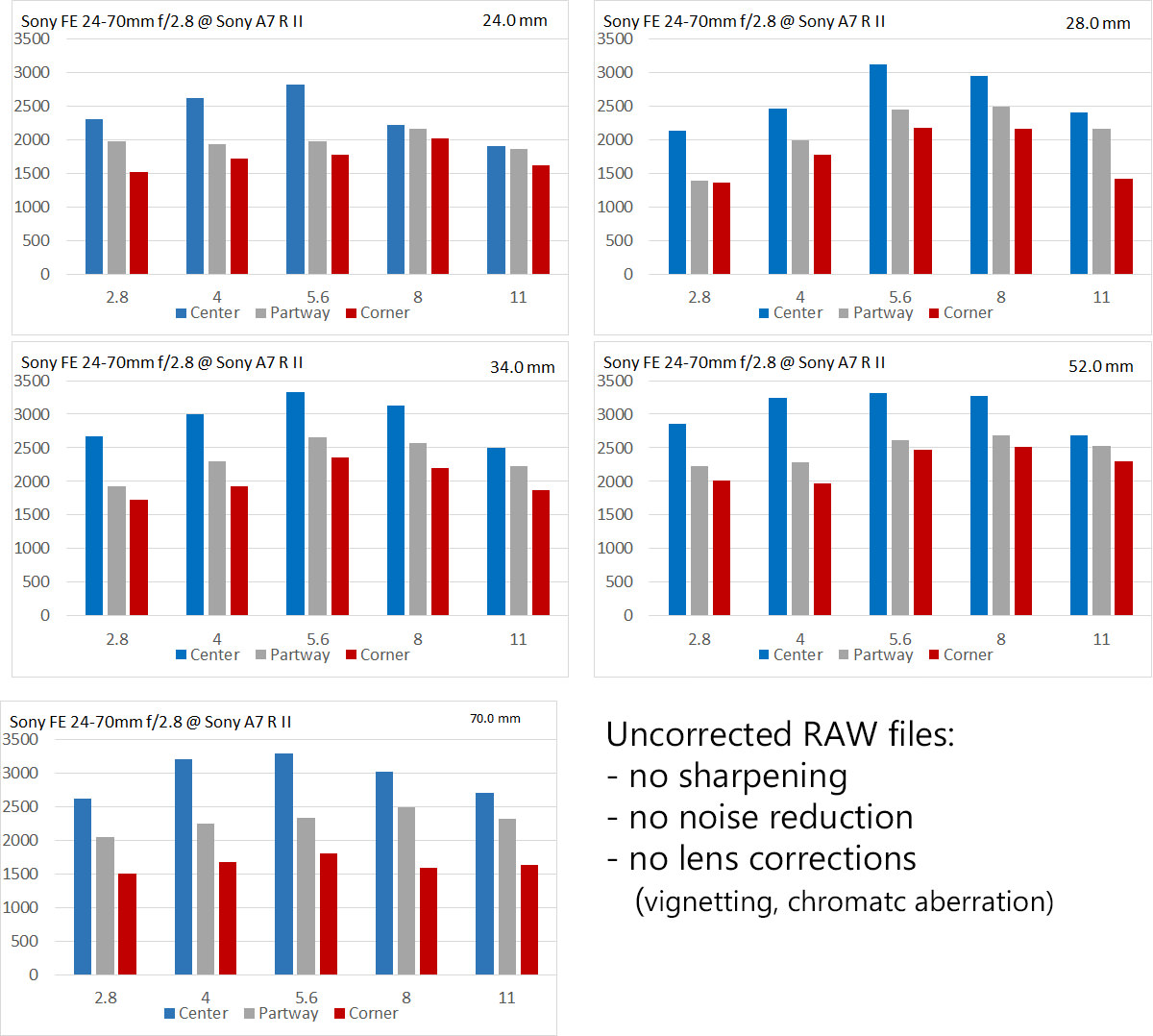 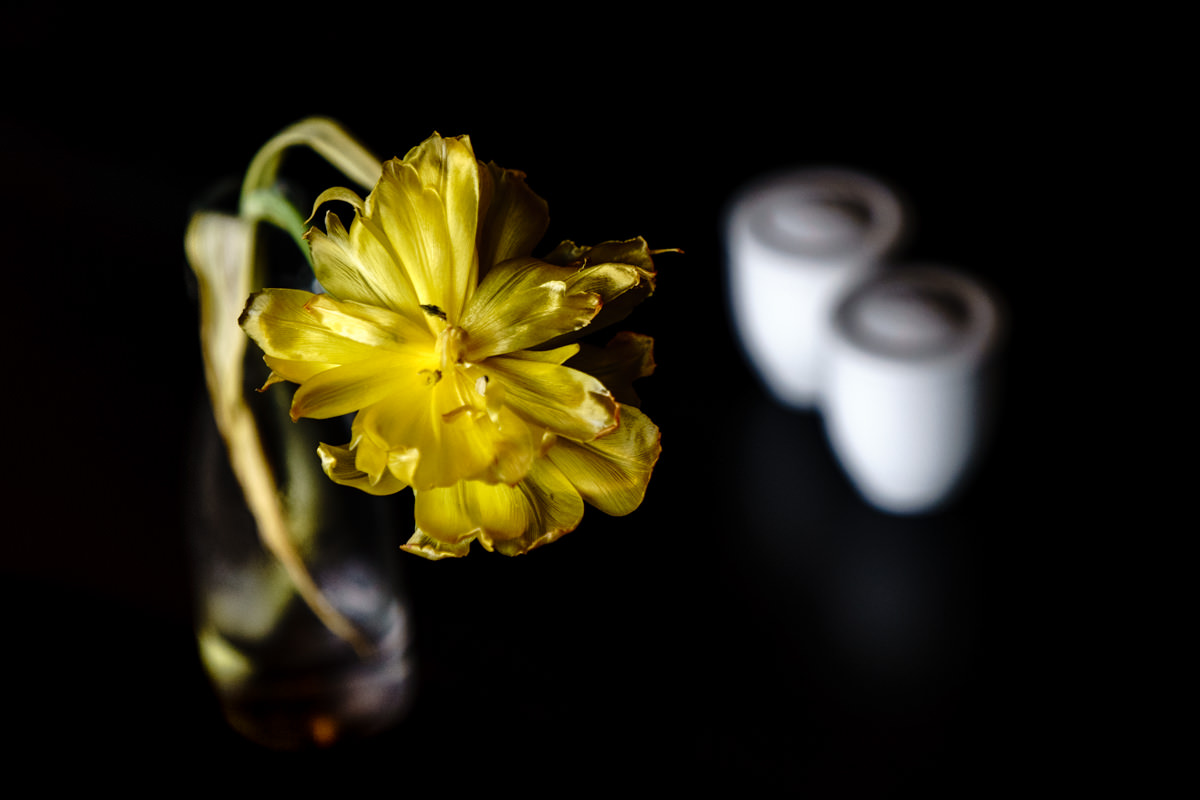 The lens has an aperture with 9 blades, covered in Nano AR coating. Thus suppresses reflections and ensures high contrast and optimal brightness. Sony paid a great deal of attention during production to the apochromatic lens elements to prevent onion-ring bokeh. With success. The bokeh is extremely nice, with a terrifically blurred background, without rings or other artifacts.

Cherry on the cake? Image stabilization with the Sony A7R mk2

The Sony 24-70 mm f/2.8 G Master is a beautiful and welcome addition to the assortment of lenses with the Sony FE-mount (the mount of the full-frame system cameras; the SLRs have a different mount). The optical performance is very good, where in particular the superior bokeh stands out. We were impressed by the sleek and functional construction, without unnecessary frills. That is in part the reason why the lens—for a bright, full-frame, professional standard zoom—stayed compact and usable. In combination with the mirrorless A7R Mark 2 with built-in image stabilization, it was a pleasure to work with. Just as with the most modern 24-70 mm f/2.8 lenses from Nikon and Canon, the Sony FE 24-70 mm f/2.8 G Master has an impressive price tag. But then you get a lot—a whole lot—in exchange.