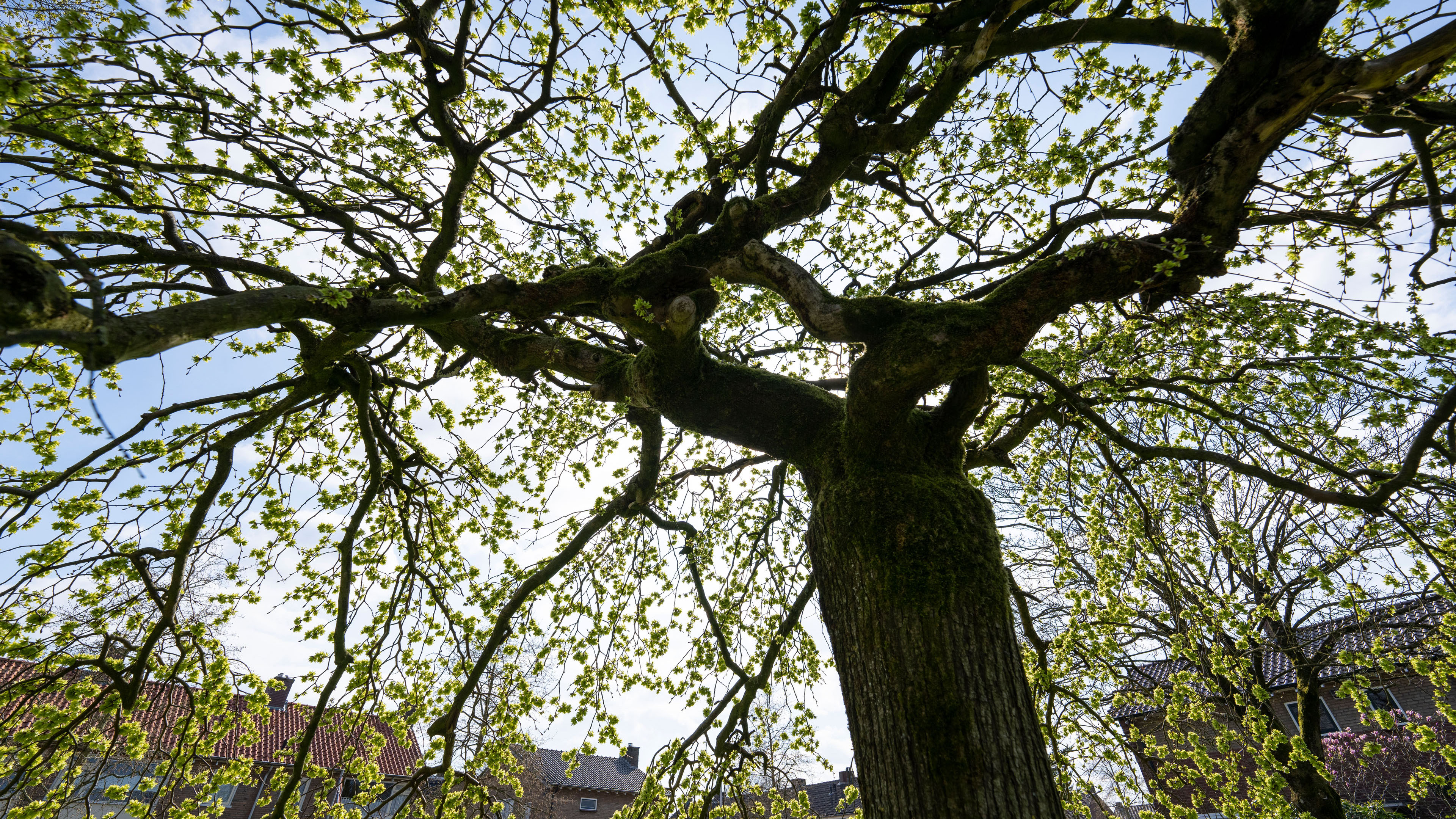 The Sony FE 14mm F1.8 GM is Sony’s most wide-angle fixed focal length lens. It is small, light and bright with a maximum aperture of F1.8. The low weight is an advantage for landscape photographers, and with the high brightness, this 14mm could be a good choice for astrophotography.

The Sony FE 14mm F1.8 GM is the lightest and smallest wide angle with this range and brightness.

How well the designers at Sony have done their best to keep this lens compact and light is clear when we compare it with its only direct competitor: the Sigma 14mm F2.8 DG HSM ART. Not only is it a lot longer, but at 1120 grams (in the Canon version we tested), it is also even heavier than the Sony FE 12-24 mm F2.8 GM zoom. That difference will partly be because the Sony 14mm is designed directly for mirrorless cameras and the Sigma is not, and because the Sony uses an extremely aspherical front element, which means that the total number of lens elements can be kept lower. 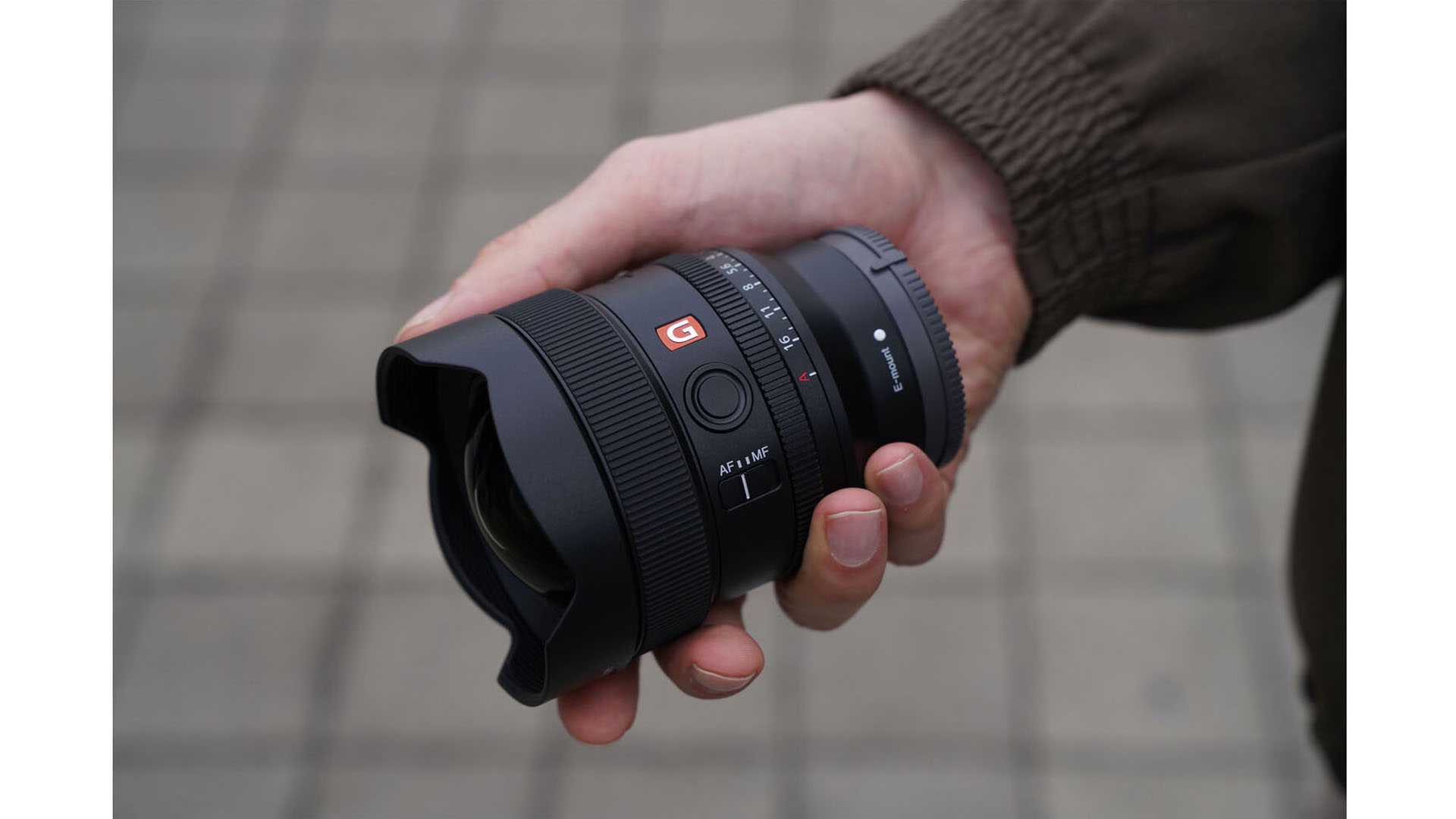 That low weight and small dimensions ensure that the lens takes up less space in your camera bag and is easier to carry. That’s great for photographers who are on the road a lot or who have to walk long distances with their equipment. And that is often the case for landscape photographers. So they will certainly be happy with the new 14mm. The high brightness also makes this lens a good candidate for night and astrophotography, provided the image quality is of course also good enough at full aperture. We will of course test this as soon as possible. Due to the convex front lens and the permanently attached lens hood, the use of screw filters on this lens is not possible, but you can cut small filters and slide them into a filter holder at the rear. This allows you to use ND filters. Videographers can thus prevent their shutter speeds from becoming too fast, and landscape photographers can still use slow shutter speeds to photograph water or clouds in motion. 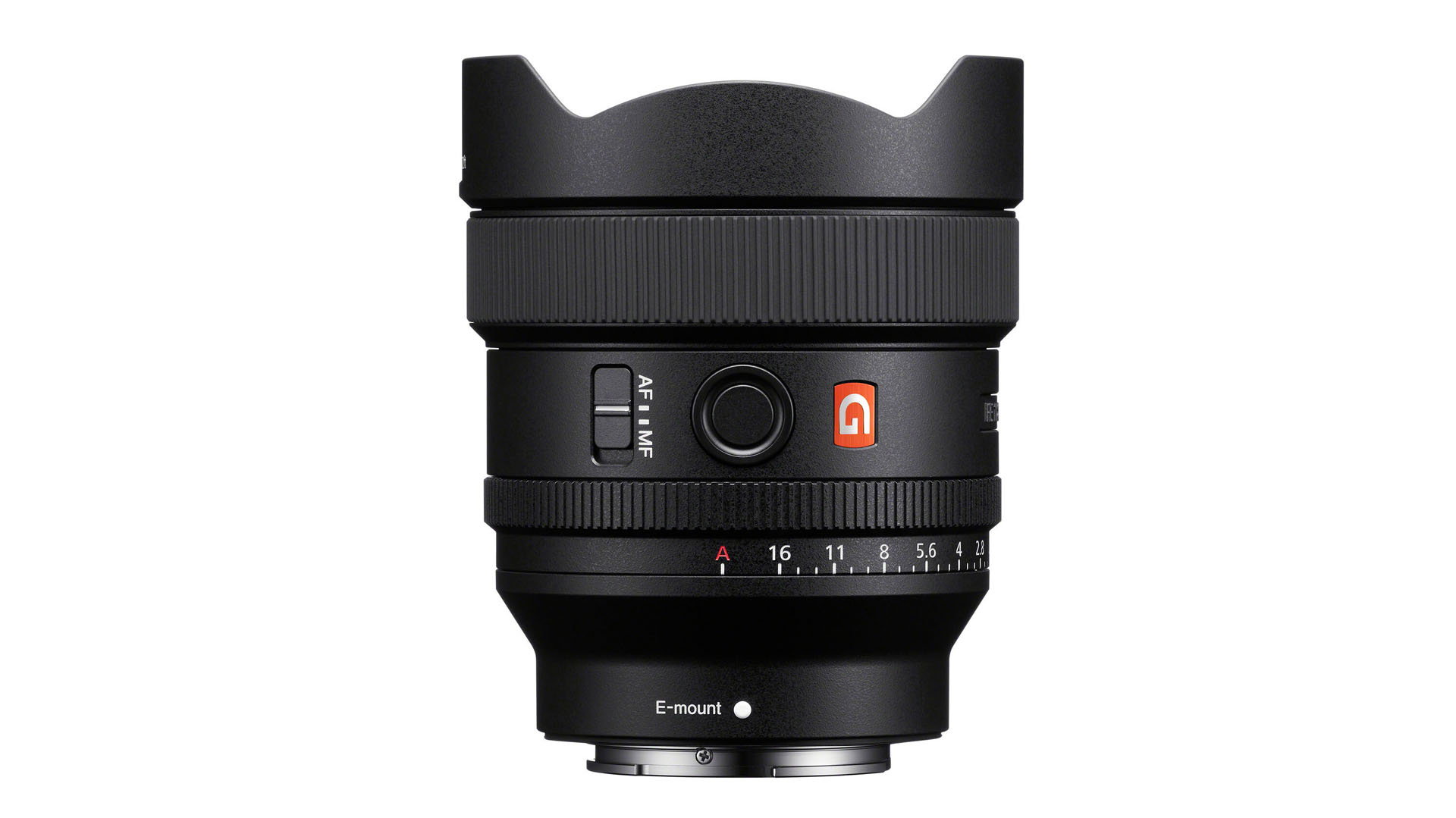 Virtually all recent GM lenses from Sony are built in the same way. The focus ring at the front, the aperture ring with switch to make the ring clickless, the Focus-hold button and the AF/MF switch are now very familiar elements. The aperture ring clicks at 1/3 stops and has an A mode. To go from A to F16, you need to use a little more force; we think that’s a better solution than an extra release slider. The Focus hold key is programmable, for example to control an enlarger for MF. The Sony FE 14mm F1.8 GM is naturally weatherproof, with gaskets around all moving parts and an extra gasket on the back to prevent moisture and dirt from entering through the mount. The lens has a permanently attached lens hood that protects the convex front lens. 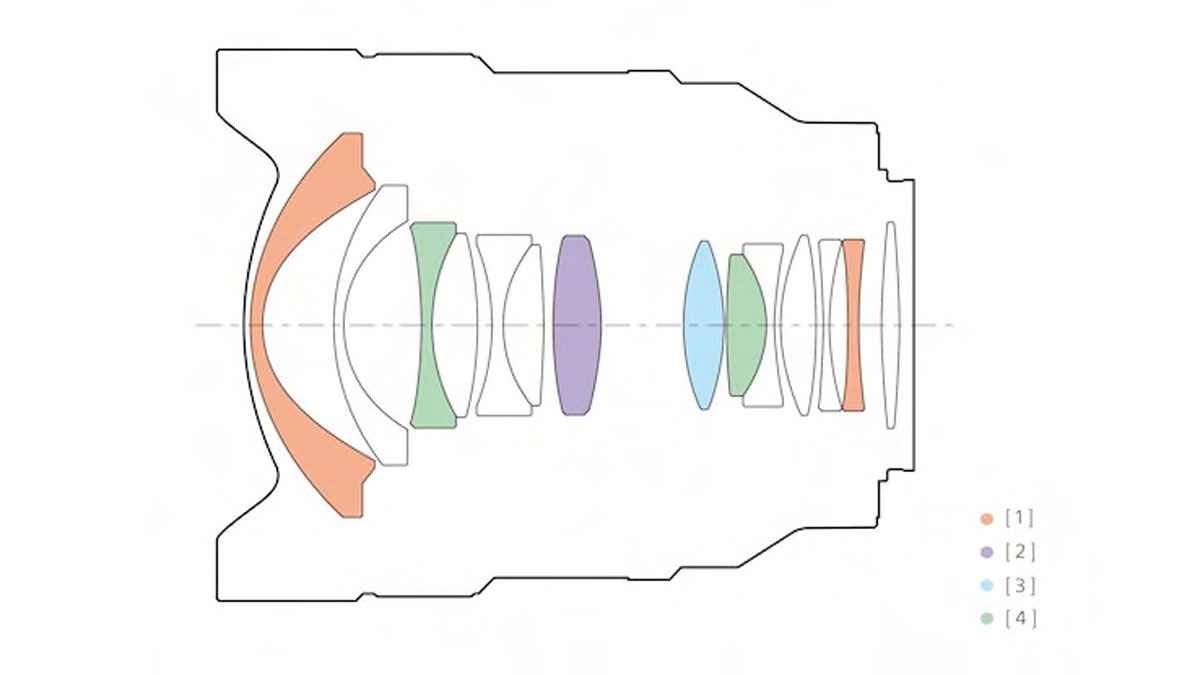 The optical design consists of 14 elements in 11 groups. Two elements (1) are extremely aspherical, which is particularly evident in the front lens element. That front lens element has a fluorine coating. It helps to keep the glass clean and ensures that water runs off easily. Furthermore, the lens contains 1 aspherical element (2), a Super ED glass element (3) and two ED glass elements (4). The aperture consists of 9 blades. Screw filters cannot be used on this lens, but gel filters can be used in a filter holder at the rear. Sony supplies a template to cut it to size. Of course, special adapters will become available soon enough to be able to use 100mm flat filters with this lens. There is no image stabilization, it is body-integrated. 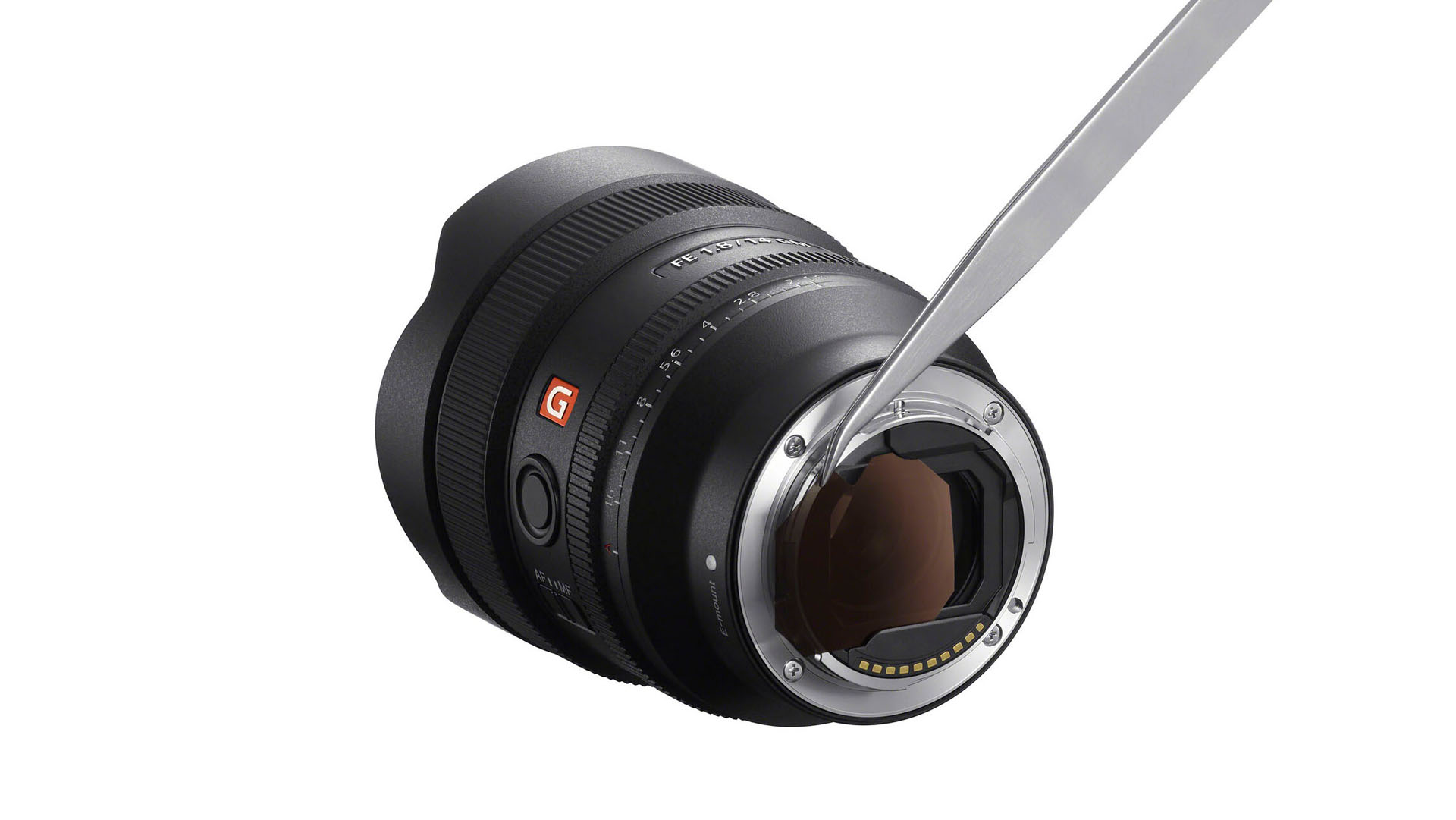 Like the Sony FE 20mm F1.8 G, for example, the Sony FE 14mm F1.8 GM has a double XD (eXtreme Dynamic) motor for focusing. These are linear focusing motors that work very quickly and accurately. The XD motors are an ideal combination with Sony’s Real-time tracking because the autofocus can perfectly follow moving subjects. This not only ensures more sharp photos, but also perfect tracking shots while filming. The only downside that we could discover is that this lens is not completely free from focus breathing. As a result, the lens appears to zoom a bit when shifting the focus. This can be seen in video.

The Sony FE 14mm F1.8 GM has a separate AF/MF switch and an almost linear response during manual focusing. That’s a big improvement over the older GM lenses where the size of the focus stroke was much more dependent on the speed at which you turned the ring. That can provide more accuracy, but repeatably shifting the focus during filming was impossible. When focusing manually, use the viewfinder magnification and/or the other aids, because everything appears to be in focus from front to back.

The close-up view (up to 25 cm sensor plane) is also beautiful, nice for flower fields, foreground objects and so on. The corresponding magnification scale is 0.1x. Not much, but this is of course not a macro lens. Due to that short setting distance, it is possible to get pretty blurry backgrounds at F1.8.

Extreme wide angles traditionally mainly suffer from two things: vignetting and loss of sharpness in the corners. According to Sony, the Sony FE 14mm F1.8 GM is a lens that should also be well suited for astrophotography. That requires good quality in the corners at full aperture without coma or chromatic aberrations and with as little vignetting as possible. Fortunately, Sony has made the full aperture of the Sony FE 14 mm F1.8 GM perfectly usable. The image center is already excellent at F1.8, but the corners are also definitely good, partly helped by the software-based lens corrections. Stopping down does provide some increase in image quality, but is hardly necessary to achieve a higher sharpness. The extent of the influence of the latest sensors and processors became apparent when we also used the lens on a Sony A7 II. The difference in contrast, dynamic range and color reproduction compared to the Sony A1 is really big.

The sun quickly (F11) creates a star. To get bokeh with a 14mm lens, you will of course have to ensure a considerable difference in distance between your subject and the background. The bokeh that you then get is beautiful, also in the corners of the image.

The Sony FE 14mm F1.8 GM is almost completely free of lens errors. There is some vignetting at full aperture, but there is no flare, no coma, no chromatic aberration, not even any distortion to be found in the shots. It is, of course, important to be careful with people and animals in the corners: they are displayed distorted in perspective. But that’s not a lens error. That is the logical consequence of using an extreme field of view. 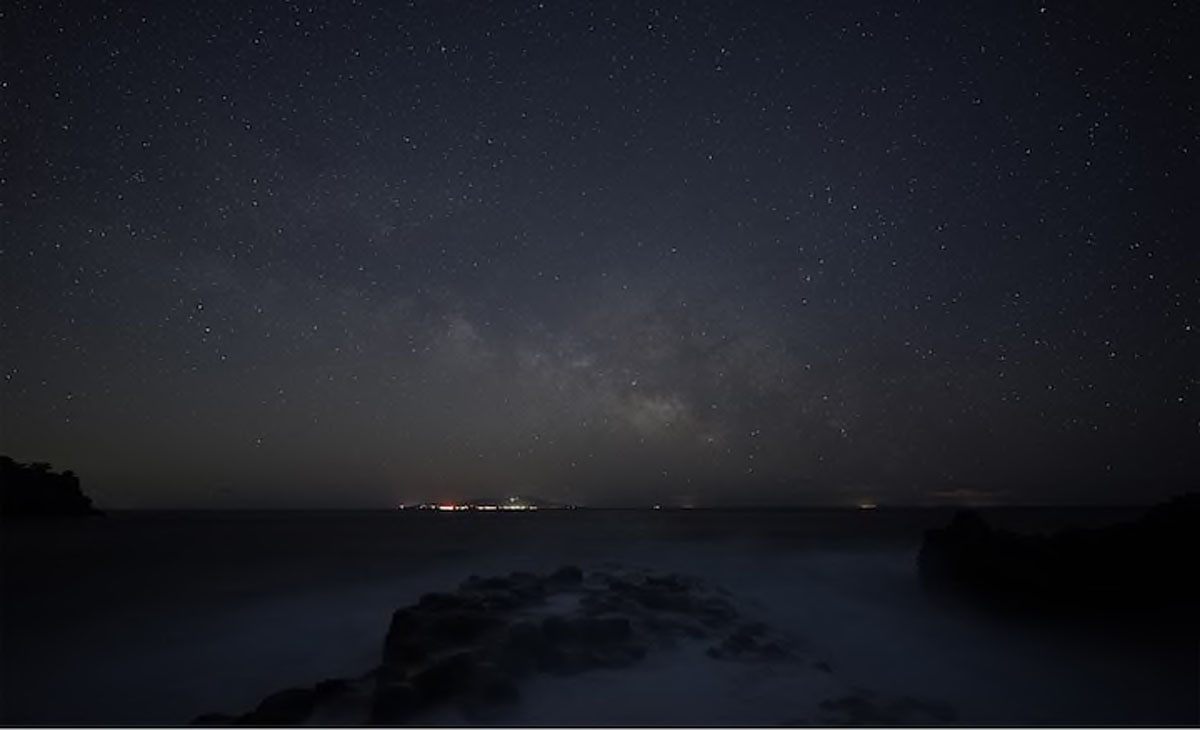 The high brightness naturally offers many advantages in low light conditions. For starters, this allows you to keep the shutter speeds shorter. When photographing starry skies, the aurora borealis and other phenomena in the night sky, exposure times of up to 15 seconds are still feasible: longer exposures give the stars stripes… A lower ISO sensitivity is also desirable because of the better color and contrast reproduction. If an F2.8 lens at full aperture is not quite top in the corners, you have to stop down one stop. That aperture (F4) is more than two stops away from F1.8, with all the unfavorable consequences that entails. Thanks to the good image quality of the Sony FE 14 mm F1.8 GM at full aperture, you can really use that extra brightness for astrophotography.

What a good lens this is! Bright, compact, handy, weather resistant and with excellent image quality. There is one downside: there is slight focus breathing, which can be disturbing for videographers. The Sony FE 14mm F1.8 GM is unique in design, and we think the sales price is fair. It could just be that there will be a waiting list for this lens as well.