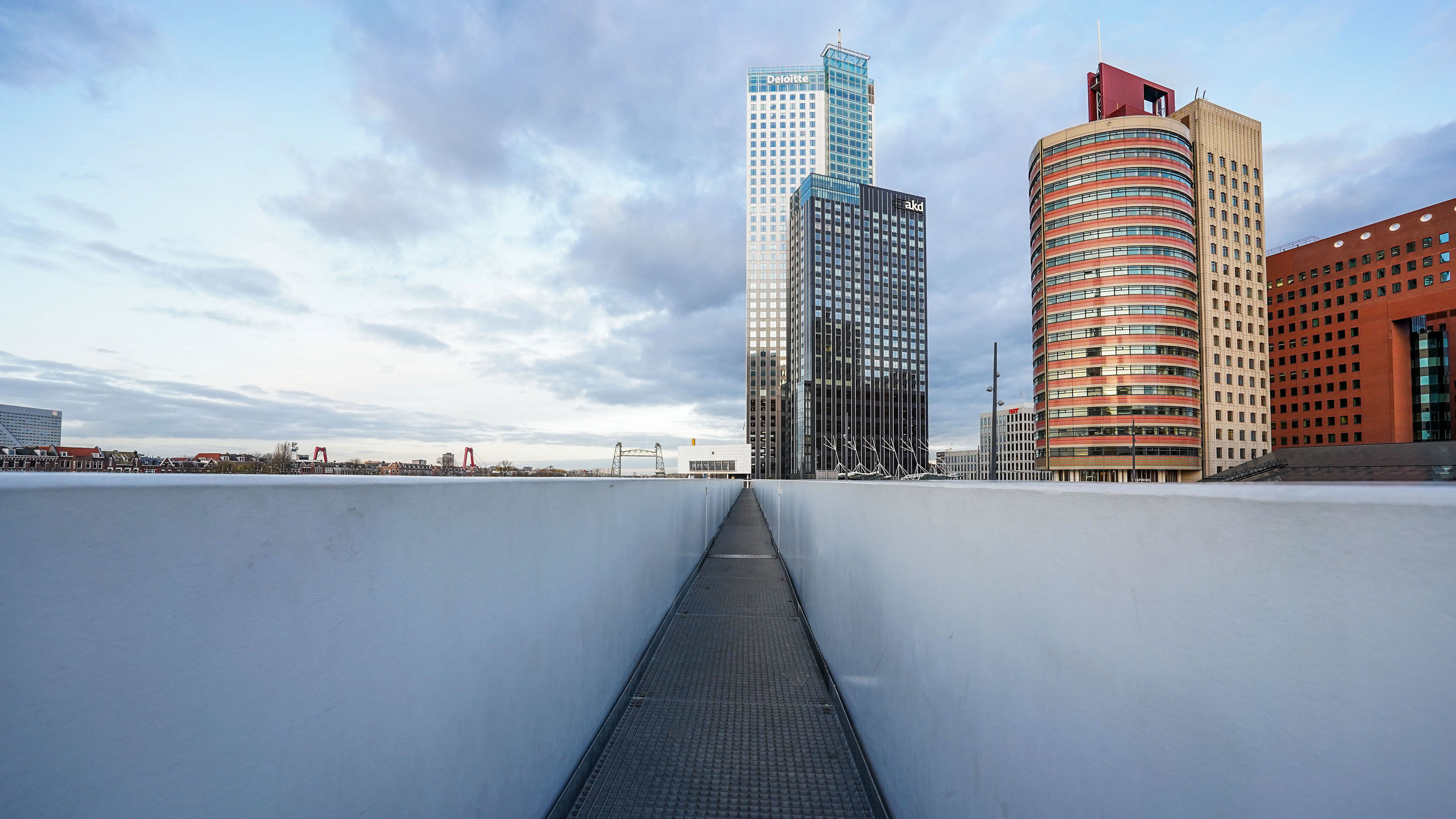 Sony has announced a new, extreme wide-angle zoom: the Sony FE 12-24mm F2.8 GM. Due to the high brightness, this lens is particularly suitable for available-light photography, (indoor) sports and night shots.

The Sony FE 12-24mm F2.8 GM (G Master) is a professional zoom with an extreme wide-angle range. It is even the most wide-angle lens with a brightness of F2.8. With the arrival of this lens, Sony photographers can now work at F2.8 from 12mm to 200mm. However, it is not the first wide-angle zoom from Sony with this range for the E-mount system. There is already the Sony FE 12-24 mm F4 GM. That lens is smaller, almost three hundred grams lighter and one stop less bright. It’s a popular lens among photographers who like to photograph landscape or architecture, where the aperture is more likely to be F8 or F11 rather than F4. But there are applications where you can use a little more brightness. 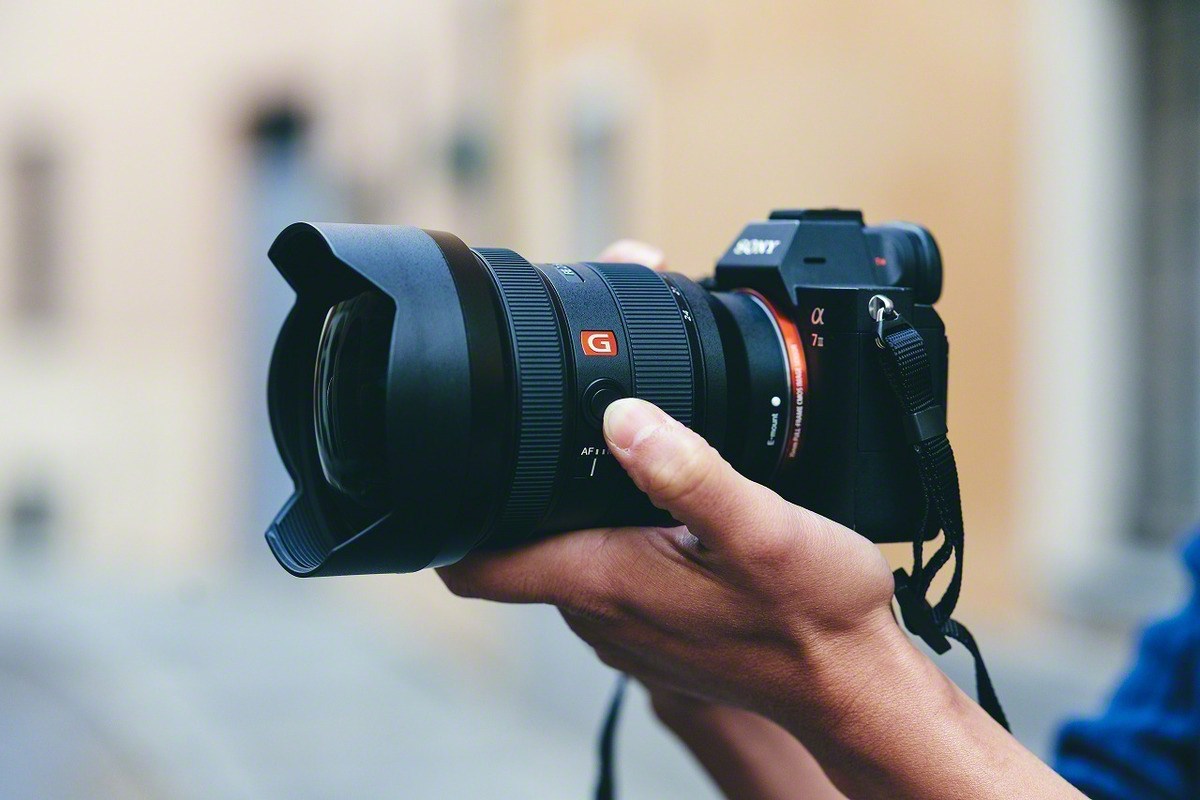 Indoor sports, for example, where you have to work with fast shutter speeds in low light. Astrophotography and low-ISO night and evening shots to get the most sharpness out of your camera. Documentary and wedding photographers can also benefit from the high brightness. Thanks to this brightness, you can work with faster shutter speeds or keep your ISO value lower. And sometimes it’s nice to get some blur in the foreground or background despite the extreme depth of field you get with a 12mm. And then F2.8 is just a bit more better than F4. 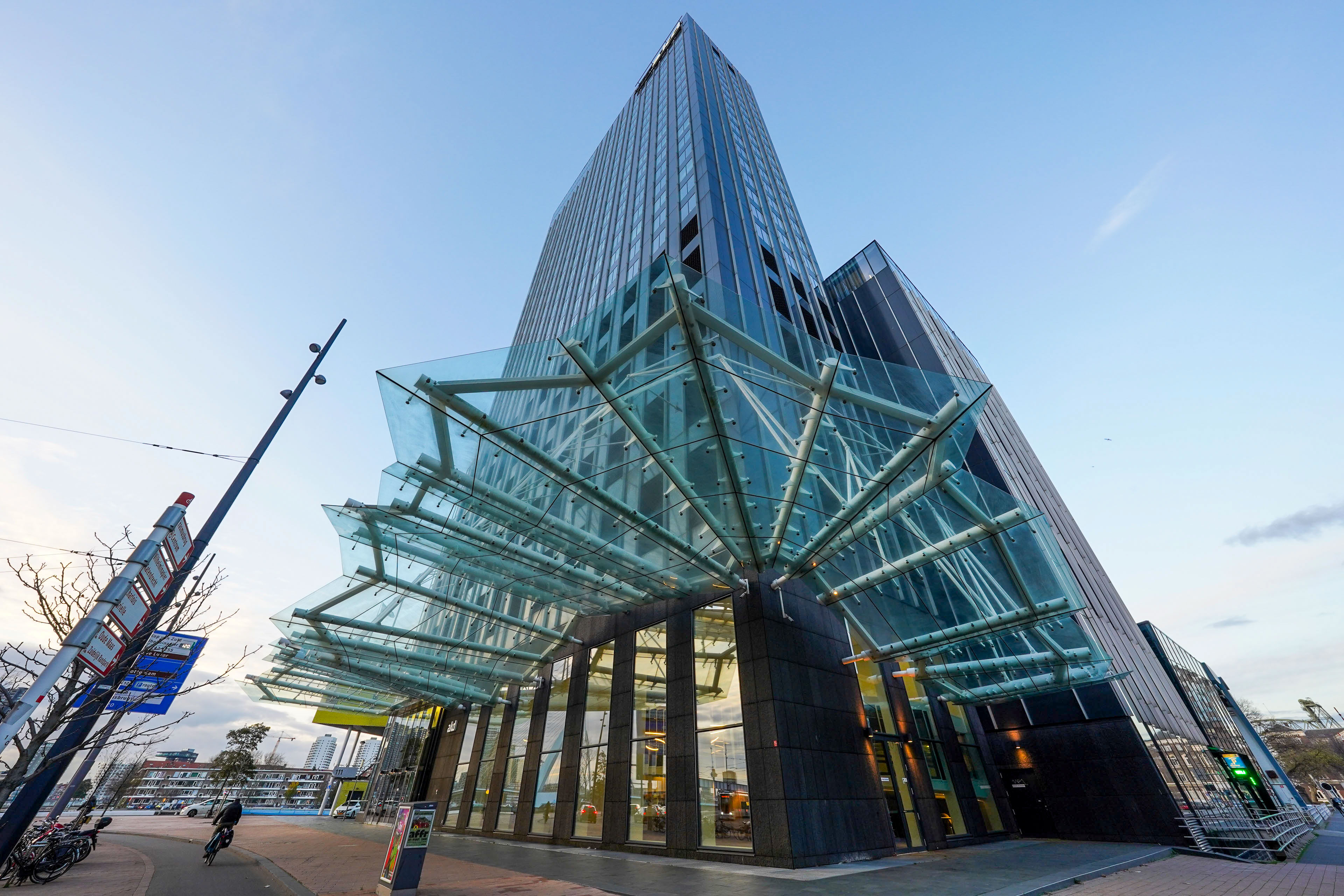 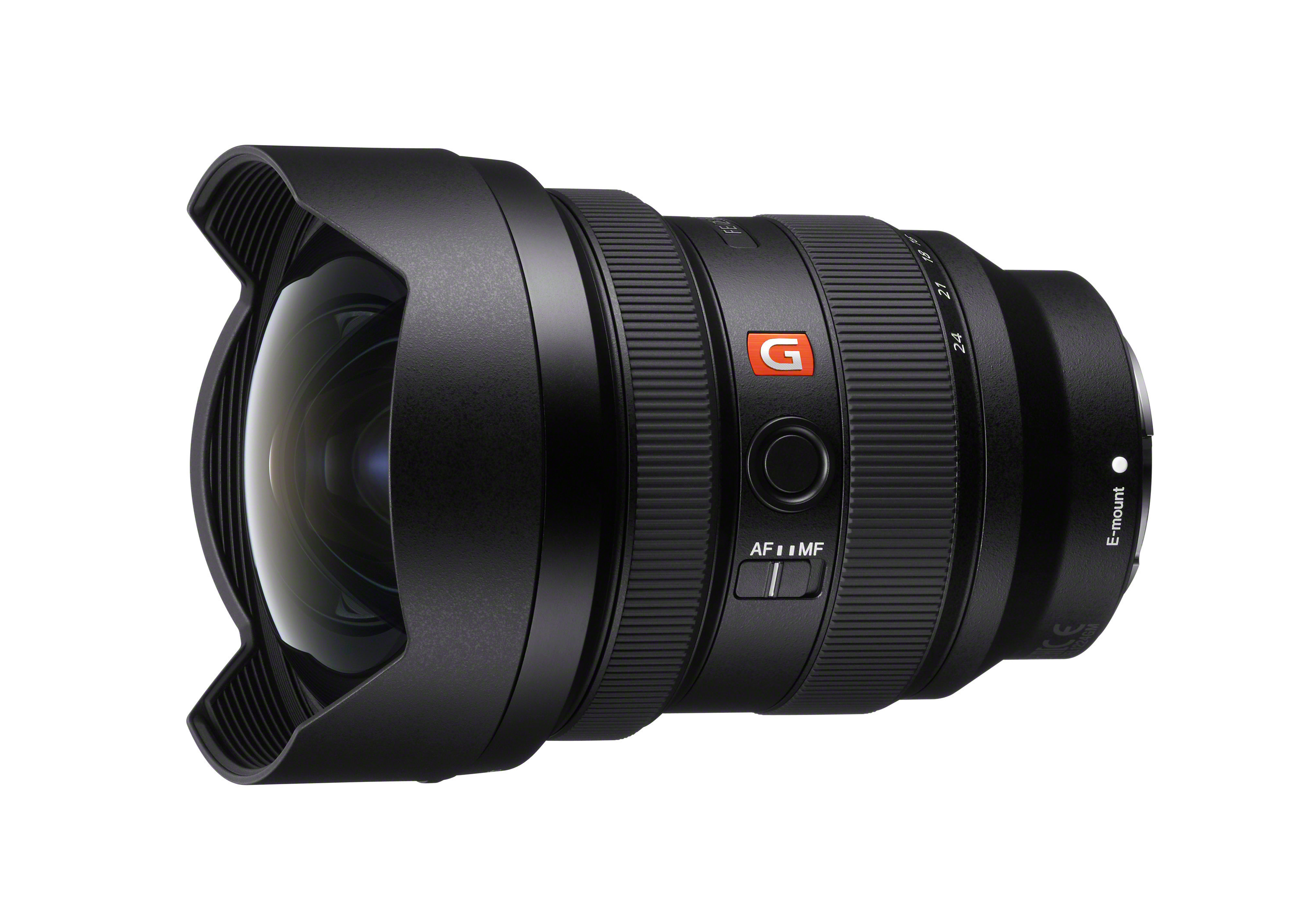 The FE 12-24mm F2.8 GM weighs 847 grams, has a diameter of 93mm and is 137mm long. The optical design includes three XA (extremely aspherical) elements and one additional aspherical element, three ED (Extra Low Dispersion) elements and two Super ED elements. All this should ensure high image quality with few lens errors. Sony has also used the new Nano AR Coating II for the first time for this lens. According to Sony, this coating has the advantage that it is better on extremely curved glass surfaces.

The FE 12-24mm F2.8 GM has the same structure as its less bright stablemate, with a large convex front lens. As a result, the use of screw filters is not possible. However, there are filter holders from, for example, NISI with which you can use flat 150mm filters. The front lens has a fluorine coating to keep the surface free of dust, moisture and grease. The entire lens is weather-resistant. 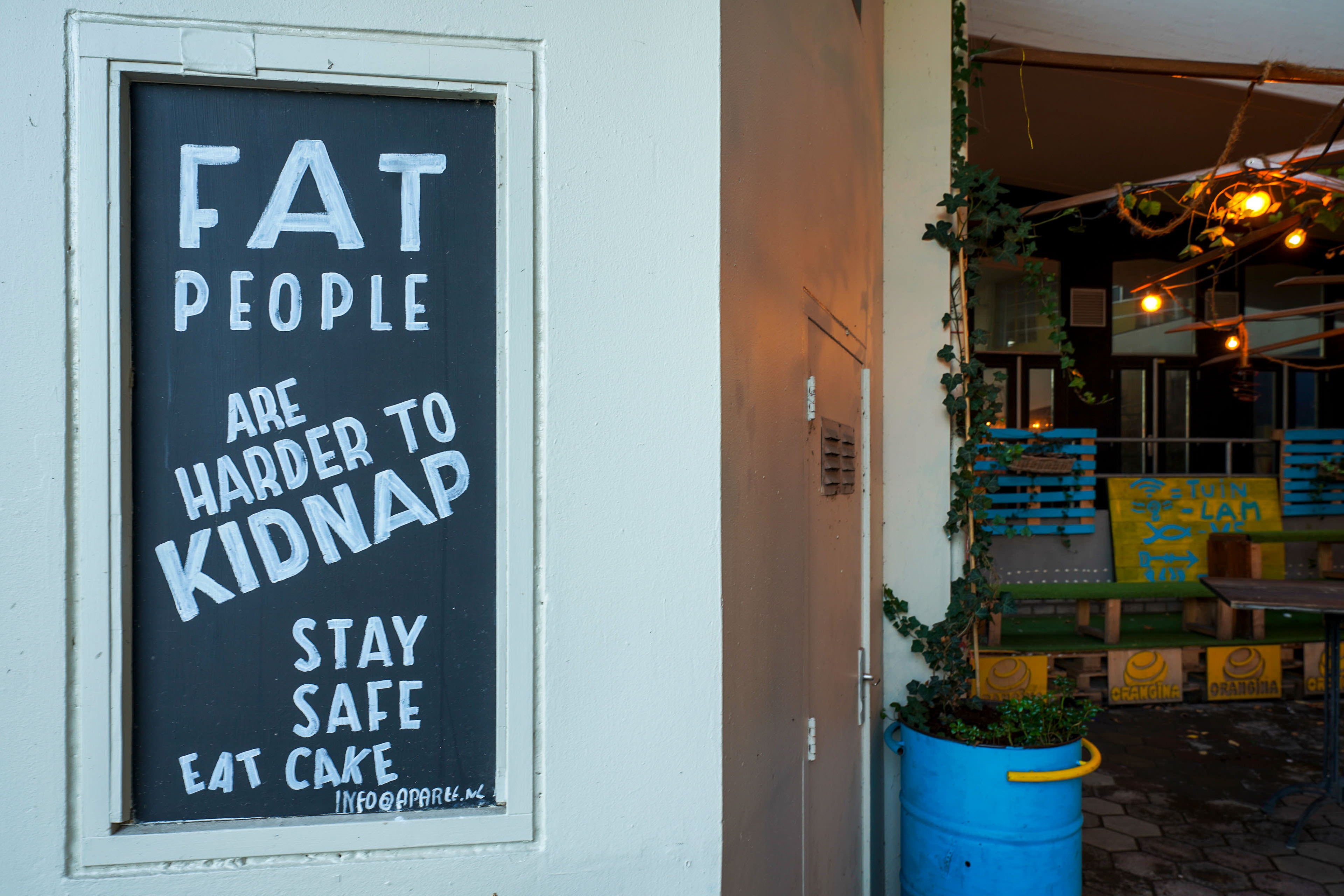 At the rear, the lens has the option of placing flat gel filters in a filter holder. The Sony FE 12-24 mm F2.8 GM has a diaphragm consisting of 9 blades, and it has two buttons on the outside: a Focus Hold button and a switch to change from autofocus to manual focus.

The Sony FE 12-24 mm F2.8 GM has no fewer than four linear XD (extreme dynamic) motors. That number has to do with the floating lens elements so that the motors work two by two in order to be able to move the two different focus groups quickly. The result should be a system that operates with optimal quiet and free of vibrations.  These floating lens elements are there to ensure the preservation of the image quality up to the shortest setting distance of 28cm. 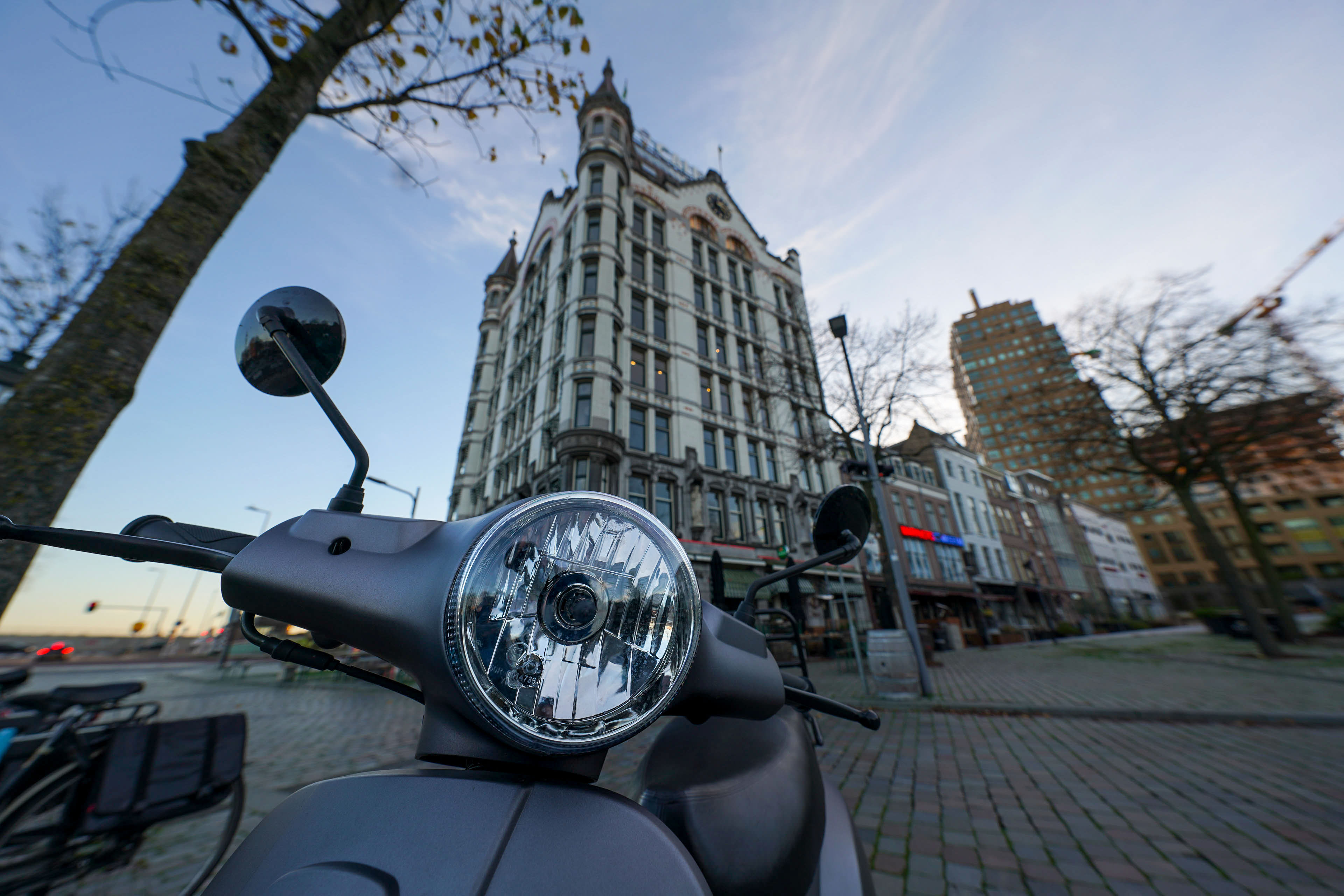 Another advantage of internal focusing is that the lens does not become longer during focusing and the balance is maintained. That’s nice for filmmakers who, for example, want to work on a gimbal with this lens. When you switch to manual focus, then the focus reacts essentially linearly to the turning of the focus ring. Sony calls it Linear Response MF, and it’s another big advantage for filmmakers, and perhaps also for many photographers. 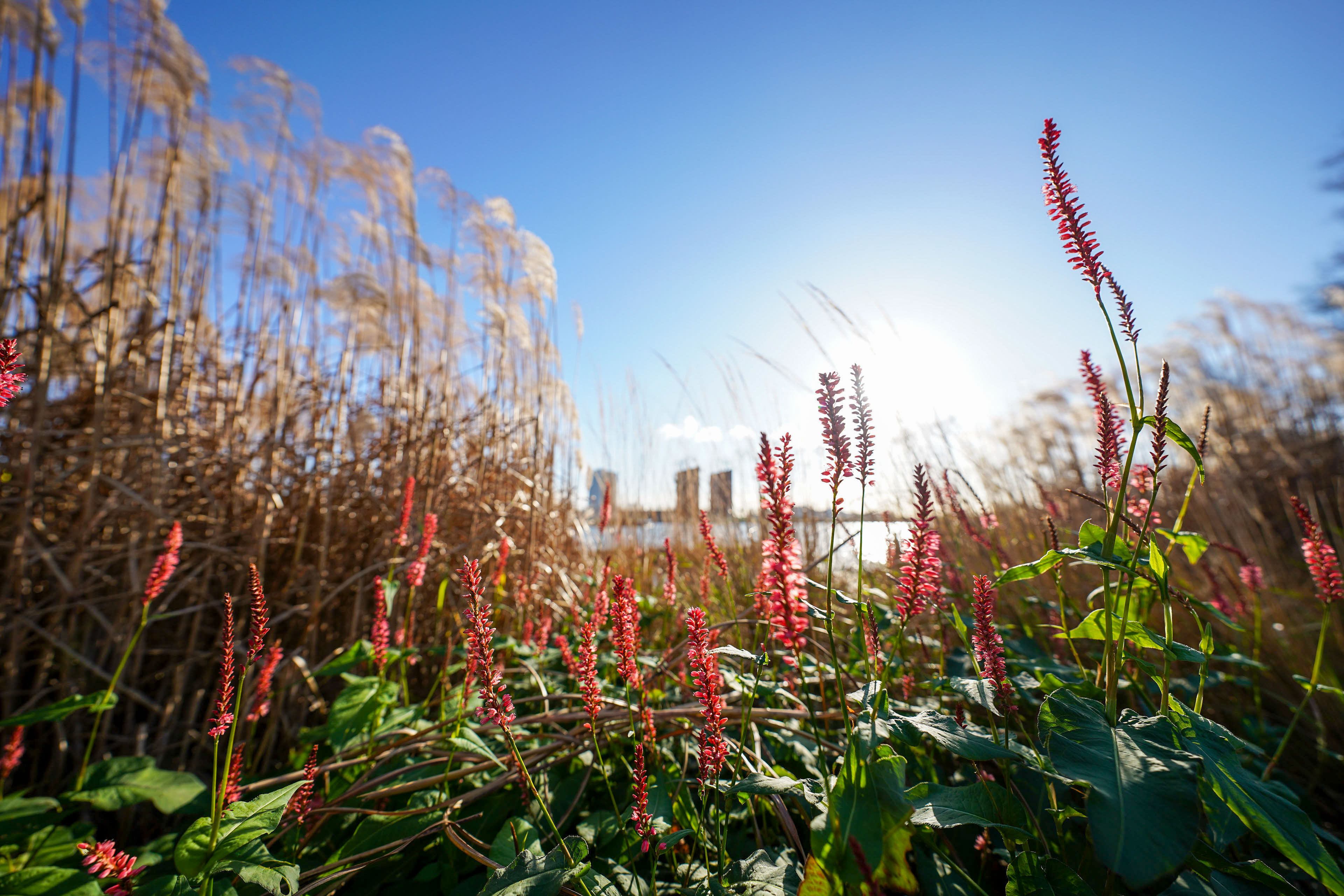 In practice, the autofocus is very fast but not completely problem-free. When working with C-AF and Real Time Tracking, you occasionally see the background jumping in and out of focus at the edges when the camera performs small autofocus corrections. In the extreme wide-angle position this is most visible; at 24mm you hardly see it. It can be disruptive for video. The image quality at the shortest setting distance is still very nice. 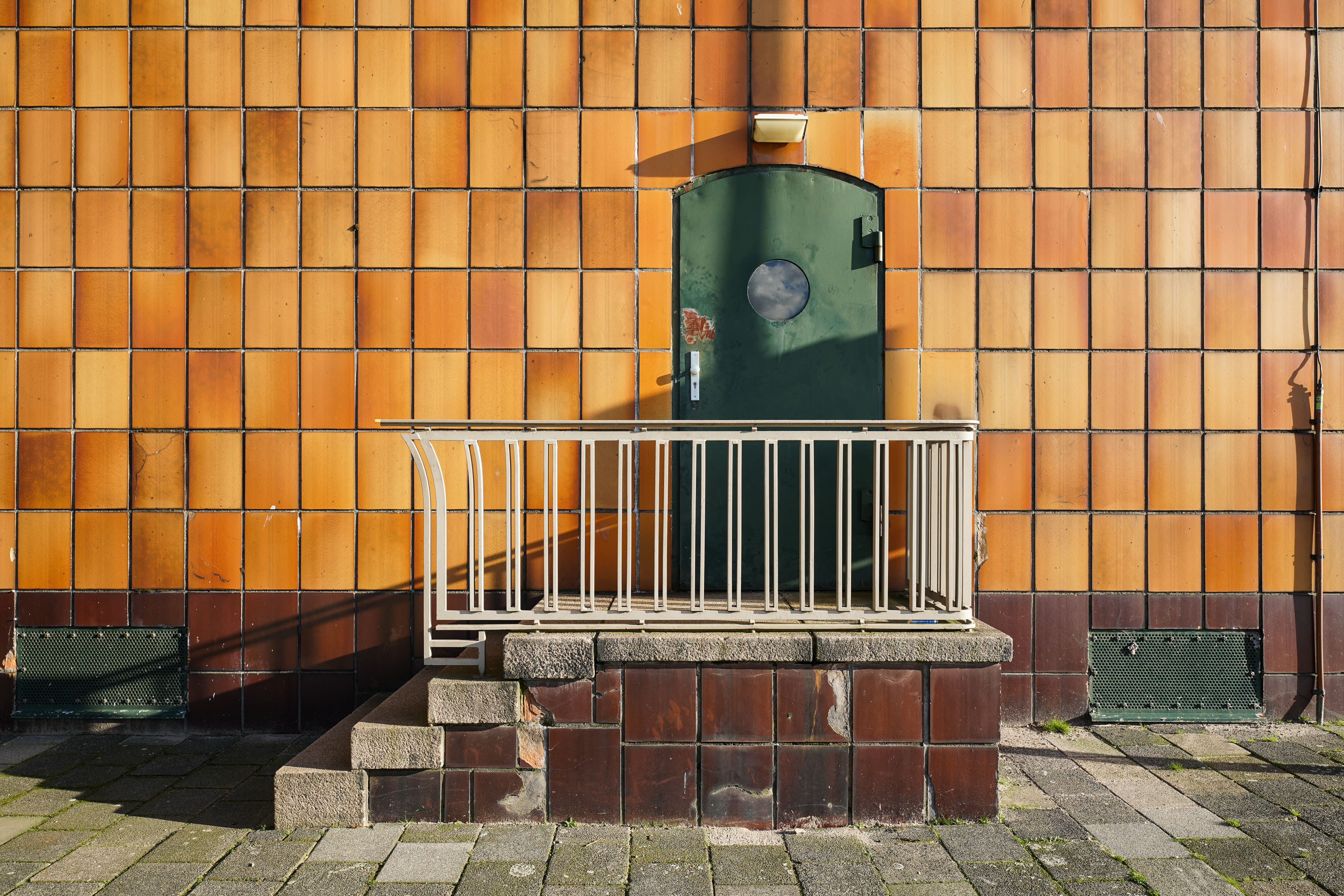 Partly thanks to the lens corrections from the camera, the images that you get with the Sony FE 12-24mm F2.8 GM are virtually distortion-free. As a result, the lens also works well for architectural photography. The fact that the lens has some distortion without corrections is not important given the good sharpness in the corners. Modern lenses for mirrorless cameras are designed to be used with lens corrections, and it works. This combination of freedom from distortion and high sharpness would hardly be achievable purely optically in such an extreme zoom. 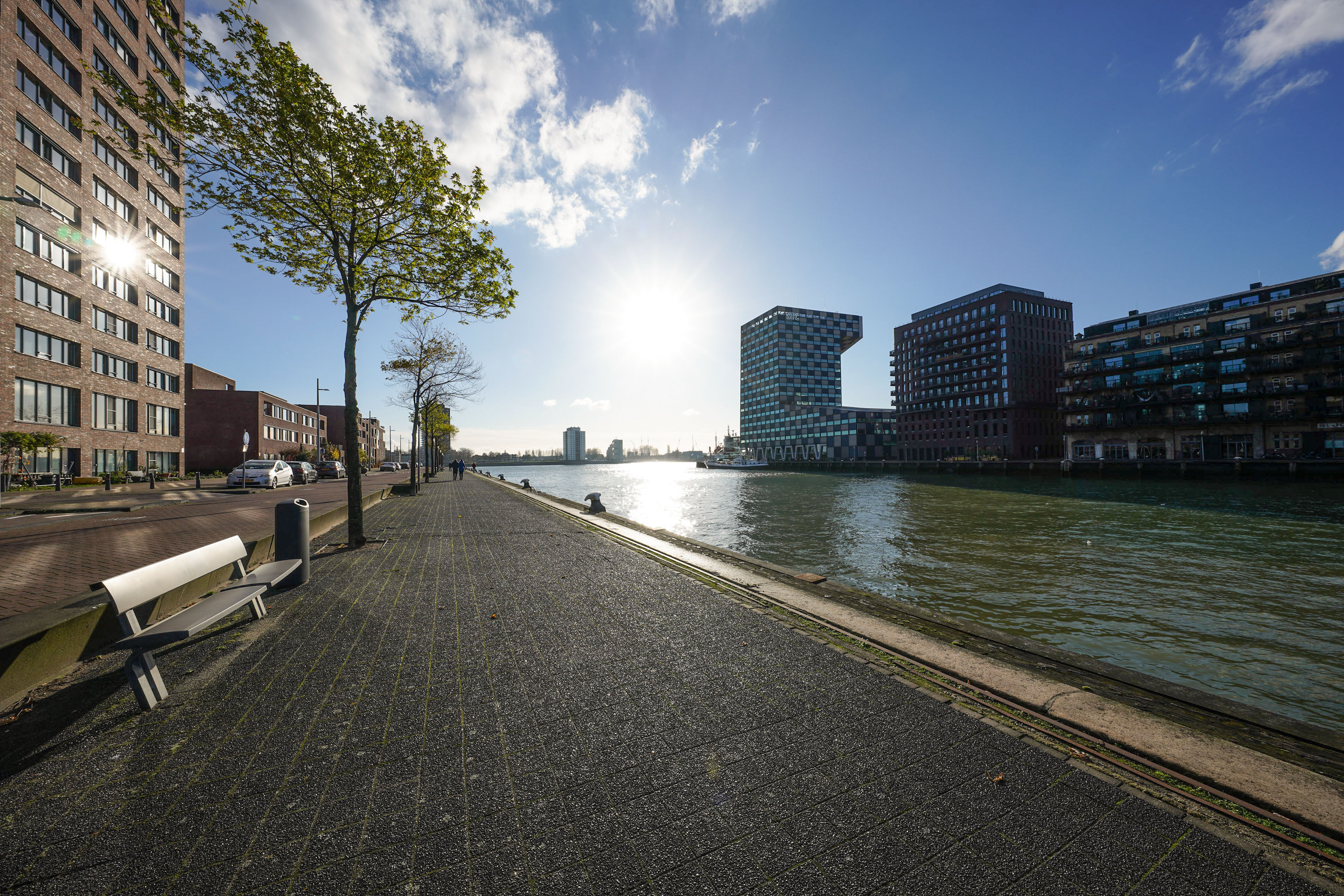 Sensitivity to backlight is also very limited. If you aim this lens towards the sun, you can sometimes get some small spots in the picture, but all in all it’s not much, and the contrast remains very nice. If you stop down to F16 and F22, you can get clean sun stars. Chromatic aberrations are almost completely absent, even on Sony’s high-resolution R cameras.

The only downside of this lens is the vignetting, which is actually present over the entire range at full aperture. Stopping down one stop significantly reduces it, and from F5.6 it is hardly visible in practice. The biggest improvement in image quality, achieved by stopping down from F2.8 to F4, is therefore not due to the increase in sharpness but to the improvement of the vignetting in the corners. 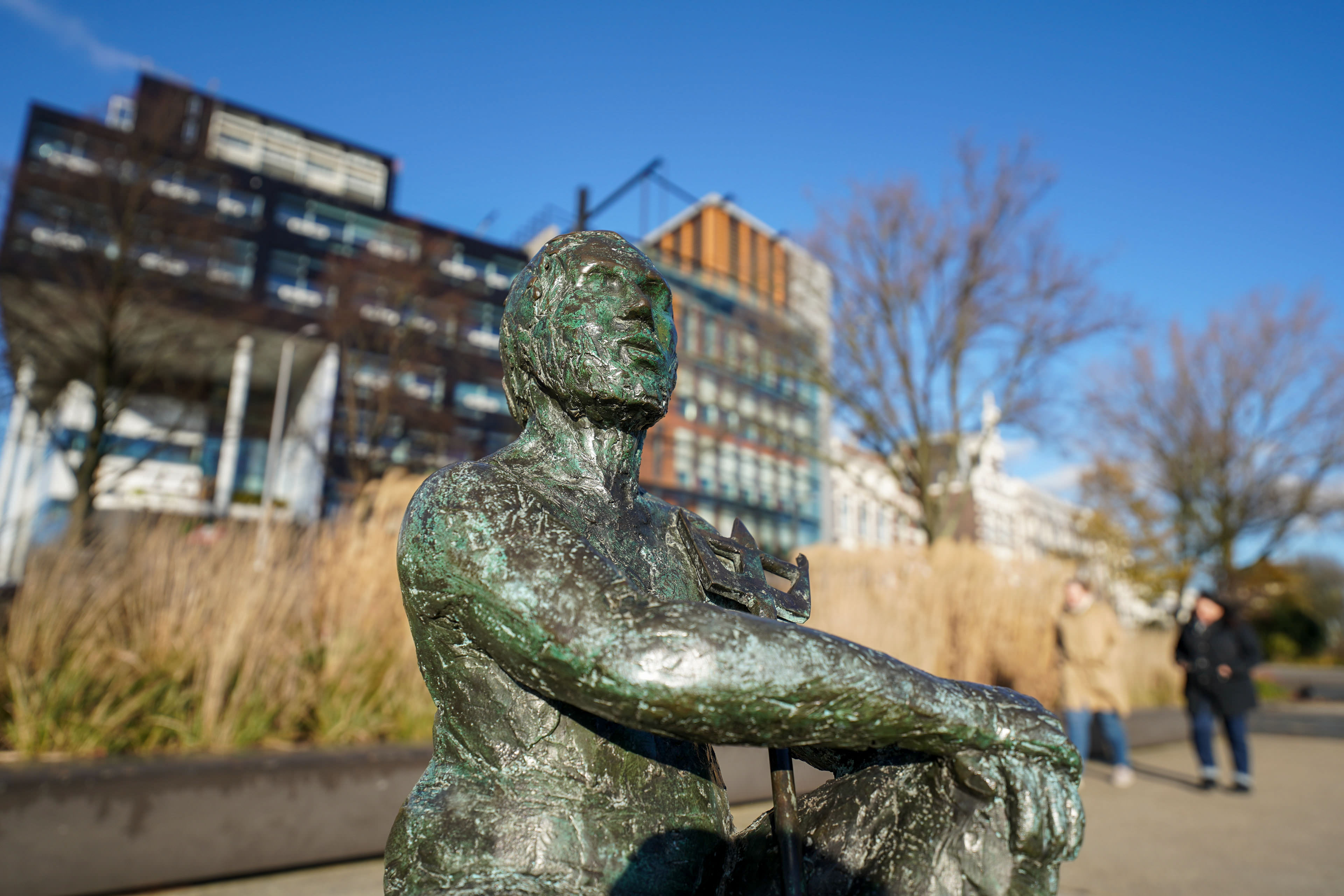 Although you wouldn’t expect it from a lens with such an extreme field of view, the bokeh of the Sony FE 12-24 mm F2.8 GM is quite nice. To achieve it, you have to use the shortest setting distance properly. In this lens, Sony has again used XA lens elements that are manufactured very precisely to prevent the appearance of onion rings in the blur, and that seems to pay off here. 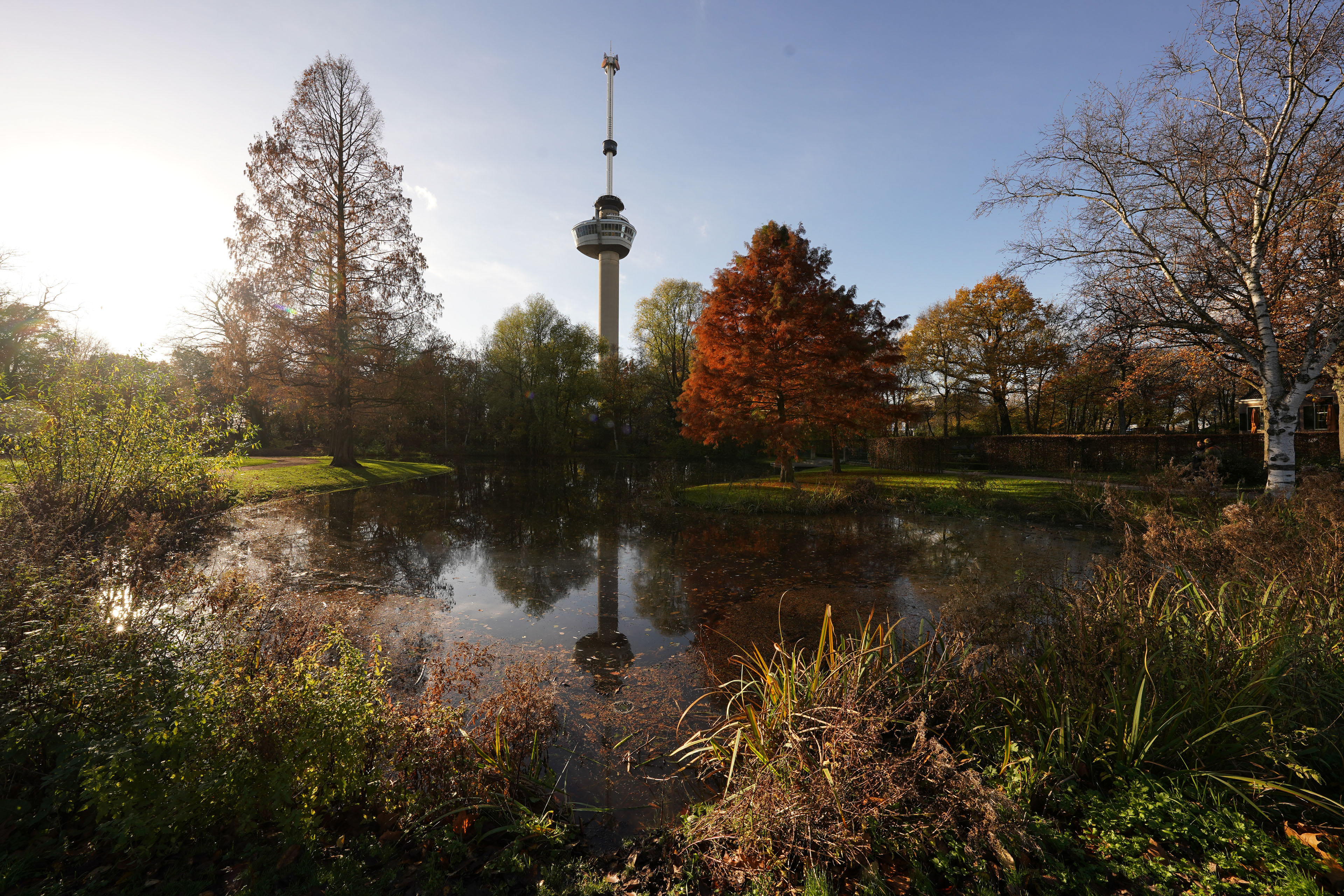 If you want the ultimate super wide-angle zoom, then the Sony FE 12-24mm F2.8 GM is an excellent choice.

The Sony FE 12-24 mm F2.8 GM is a very good extreme wide-angle zoom. The hefty price is fully justified for this unique combination of brightness and field of view. The brightness is not immediately necessary for landscape photography, and this lens may be somewhat large for travel reports. But as soon as you have to work in low light or if as a landscape photographer while traveling you also want to take some night shots, then F2.8 is very nice to have. Using filters on a lens like this is possible, although you have to buy large and relatively expensive flat filters for it. And of course, you always have to be careful with the large, convex front lens, but that’s part of the package. If you want the ultimate super wide-angle zoom, then the Sony FE 12-24mm F2.8 GM is an excellent choice.