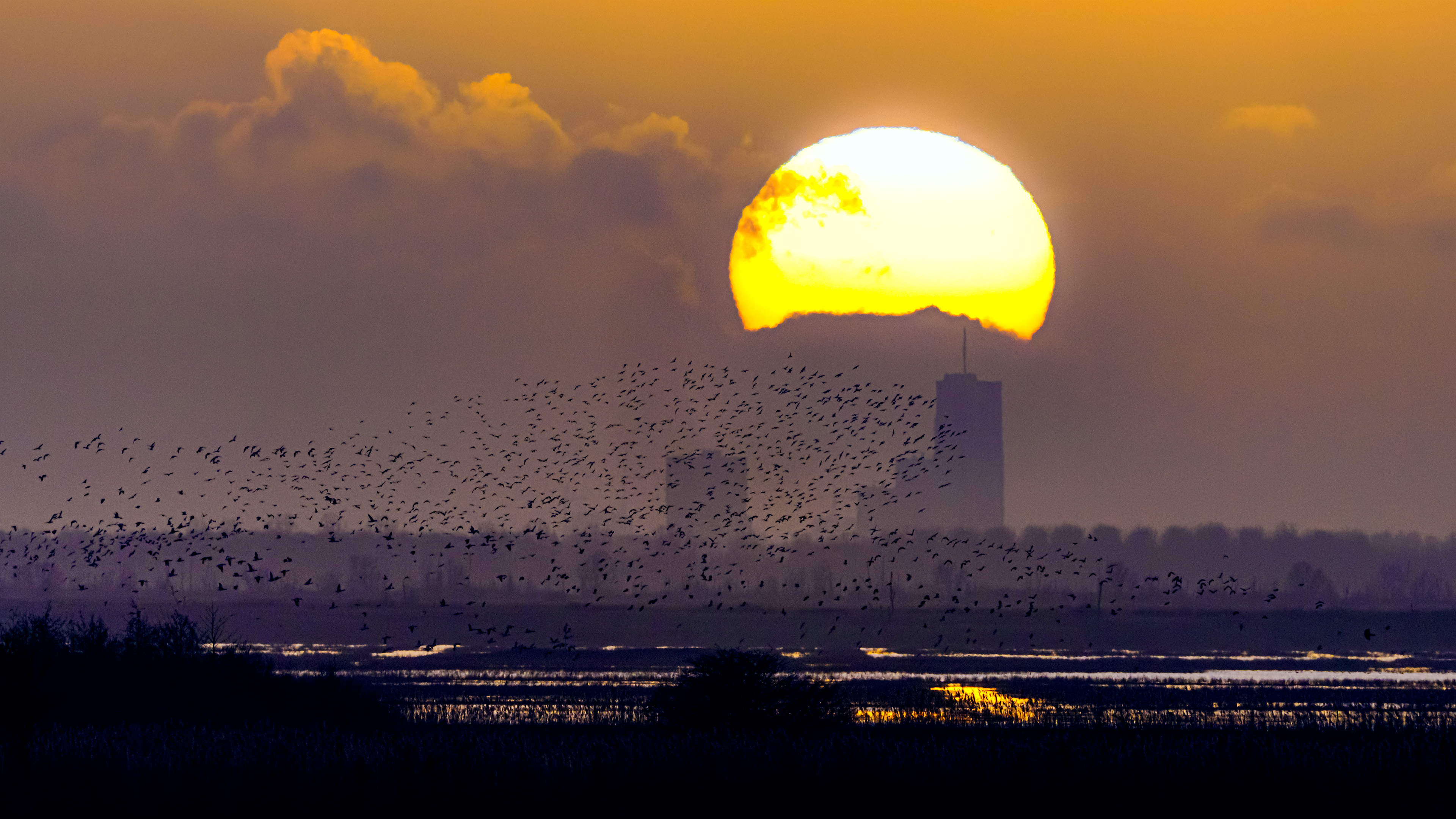 Sony has once again pushed the boundaries for full-frame cameras with the Sony A7R IV. This mirrorless full-frame E-mount camera has a new sensor with a whopping 61 megapixels and a dynamic range of 15 stops, according to Sony. The camera has been improved in many ways and also contains a number of innovations that will appeal to both the high-end photographer and the discerning videographer.

The Sony A7R IV reinforces Sony’s leading position in the field of full-frame mirrorless cameras. The camera offers a higher resolution than any other full-frame camera. In High Res mode, the Sony A7R IV can even create files of 240 megapixels. For this, the camera takes 16 pictures to improve both the resolution and the color depth. You also benefit from the high resolution of this sensor in APS-C. Then you will get a 26-megapixel file. In addition to the new sensor, the camera also has improvements to the body. For example, the weather resistance has been increased by adding extra seals. Finally, the hatch for the battery housing is now also fitted with a gasket. And the camera features a new, deeper grip for improved ergonomics. 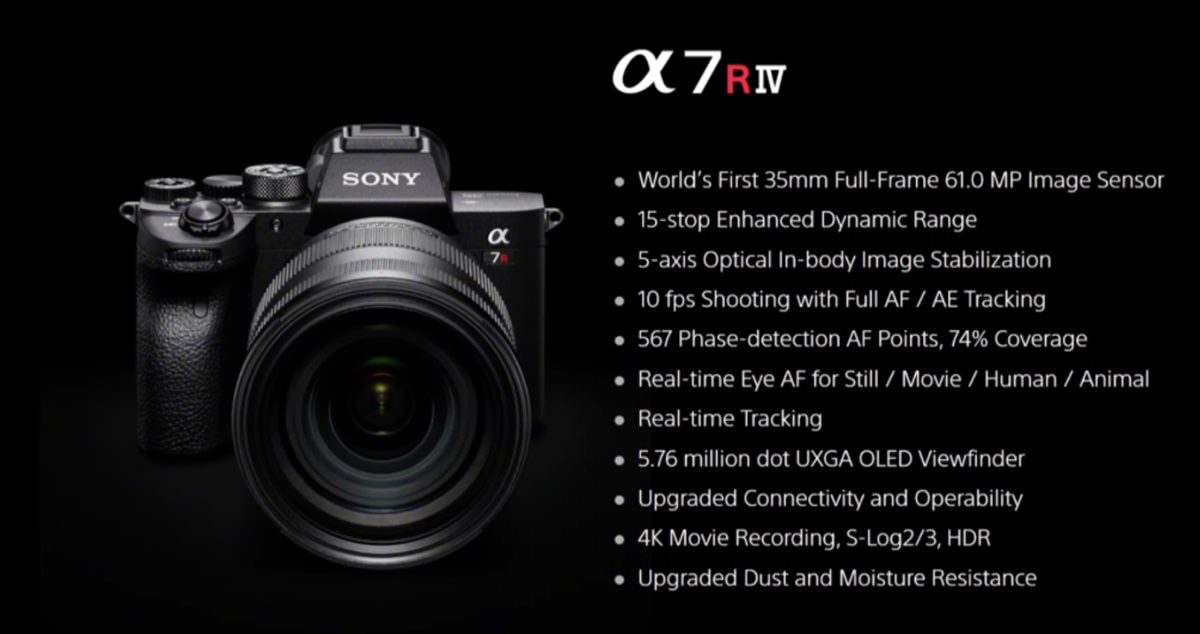 The Sony A7R IV uses the same Z batteries as the A7R III, but takes more shots from one battery charge. For those who find that not enough, there is also a new grip with 2 batteries. The Wifi can use 2 frequencies, 2.4 and 5 Ghz, for better and faster wireless communication, and the Sony A7R IV finally also uses 2 fast SD cards. In its predecessor, you could only use 1 UHS-2 SD card, and the other card slot was for the slower UHS-1 cards. Like its predecessor, the A7R IV has a maximum speed of 10 frames per second and a buffer for 68 frames. 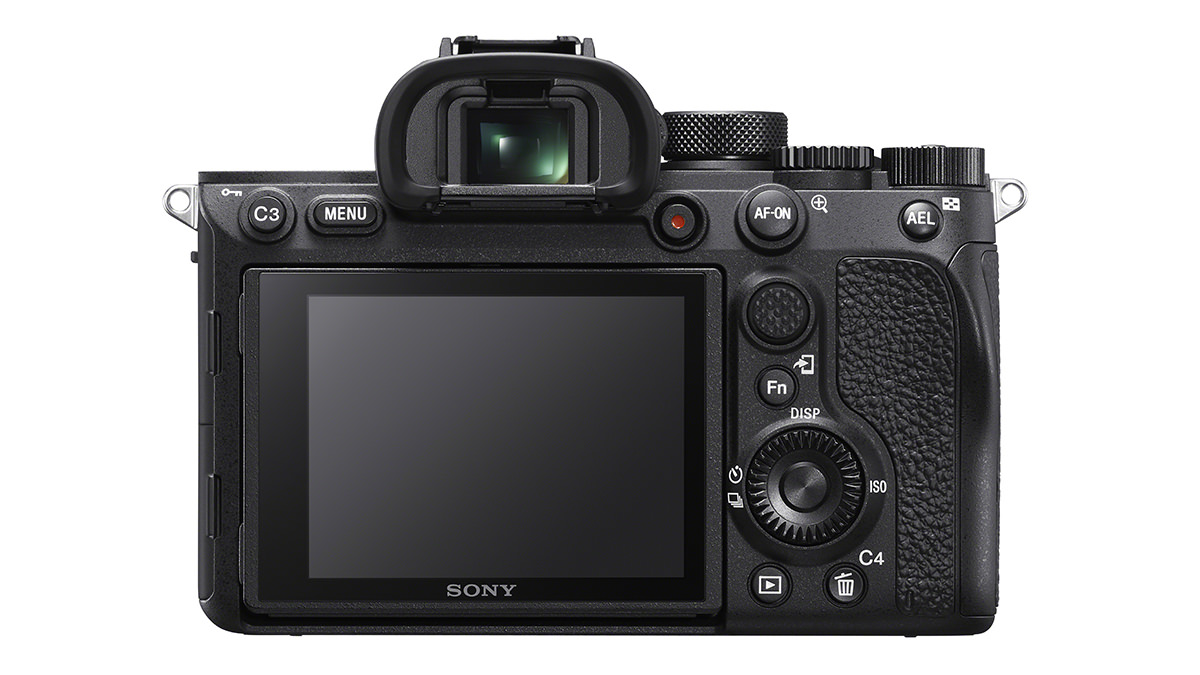 The Sony A7R IV is very similar to its predecessor but has a lot of innovations. The body is more robust and better sealed. The previous generation was also pretty well sealed, but still had a few weaknesses. That has been completely resolved on the new camera. The Sony A7R IV, like other top cameras in this segment, now has the new 5.76-megapixel OLED viewfinder. The camera has also gotten a bigger, better grip. This was one of the recurring criticisms of the Sony A7 cameras. We are very curious about how much better the new grip is. The screen has a resolution of 1.44 megapixels. Unfortunately, it does not turn, and, as far as we know, it still doesn’t have a completely touch interface. The Sony A7R IV does have an improved, larger multi-selector and a new, larger AF-ON button for the autofocus. The exposure correction button has been given an extra button to lock the rotation so that you can no longer accidentally rotate the correction. 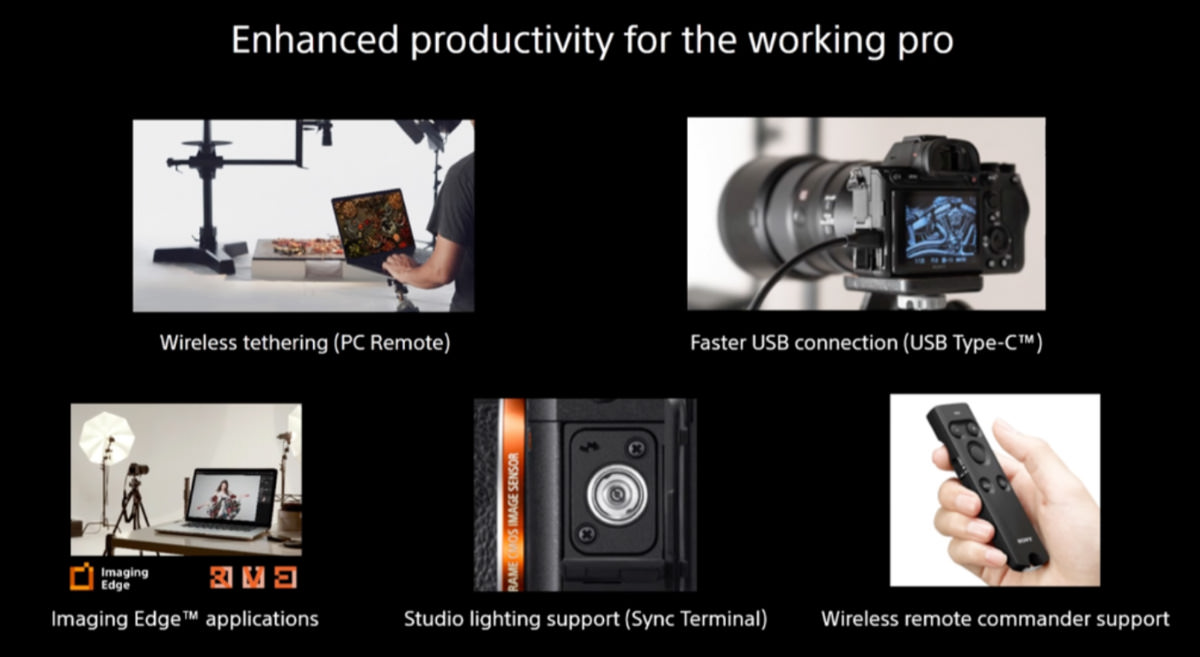 The Sony A7R IV has 567 phase-detection AF points covering 74% of the image. In addition to phase detection points, the camera also has more than 400 contrast detection points.  This gives you almost 100% coverage in APS-C. Only on the 2 short sides will you be just a little short. Just like the A9, the Sony A7R IV has Real Time Tracking and Real Time Eye AF, not only for humans, but also for animals.

The autofocus works reliably, and it is certainly possible to capture fast action with the A7R IV, thanks to the Real-Time Tracking. In portrait photography, Real-Time Eye AF helped to focus on the model’s eyes. That is not flawless: sometimes the camera focused on the front of the lashes and not on the eyeball.

The highest quality JPEG file (JPEG Extra Fine) is 25 to 50 megabytes in size. The high resolution of the sensor ensures shots that are full of details. Every scratch and thread of spider silk can be seen on a shot of an old castle gate. The built-in noise reduction keeps the sharpness well up to ISO 1,600; at higher sensitivities, the sharpness decreases, but remains usable up to ISO 3,200.

Because of the high resolution, that really stands out faster. Eye AF should therefore not be an excuse for sloppy photography. For your model, the high resolution in combination with a sharp lens like the Sony FE 135mm F1.8 GM may be confrontational: you see every pimple, every hair, every fabric…

The Sony A7R IV is not only very good for photography, but also for video. The camera can film in Slog2 and Slog3 and HLG. You can film both in 4K and full HD without pixel binning in Super-35 mode. The 4K image is then generated from an oversampled 6K file. However, 4K still only goes up to 30 frames per second. So 4K, 60p is still not there. The same goes for 10 bit. As far as we know, the Sony A7R IV still films in a maximum of 8 bit in 4:2:2. 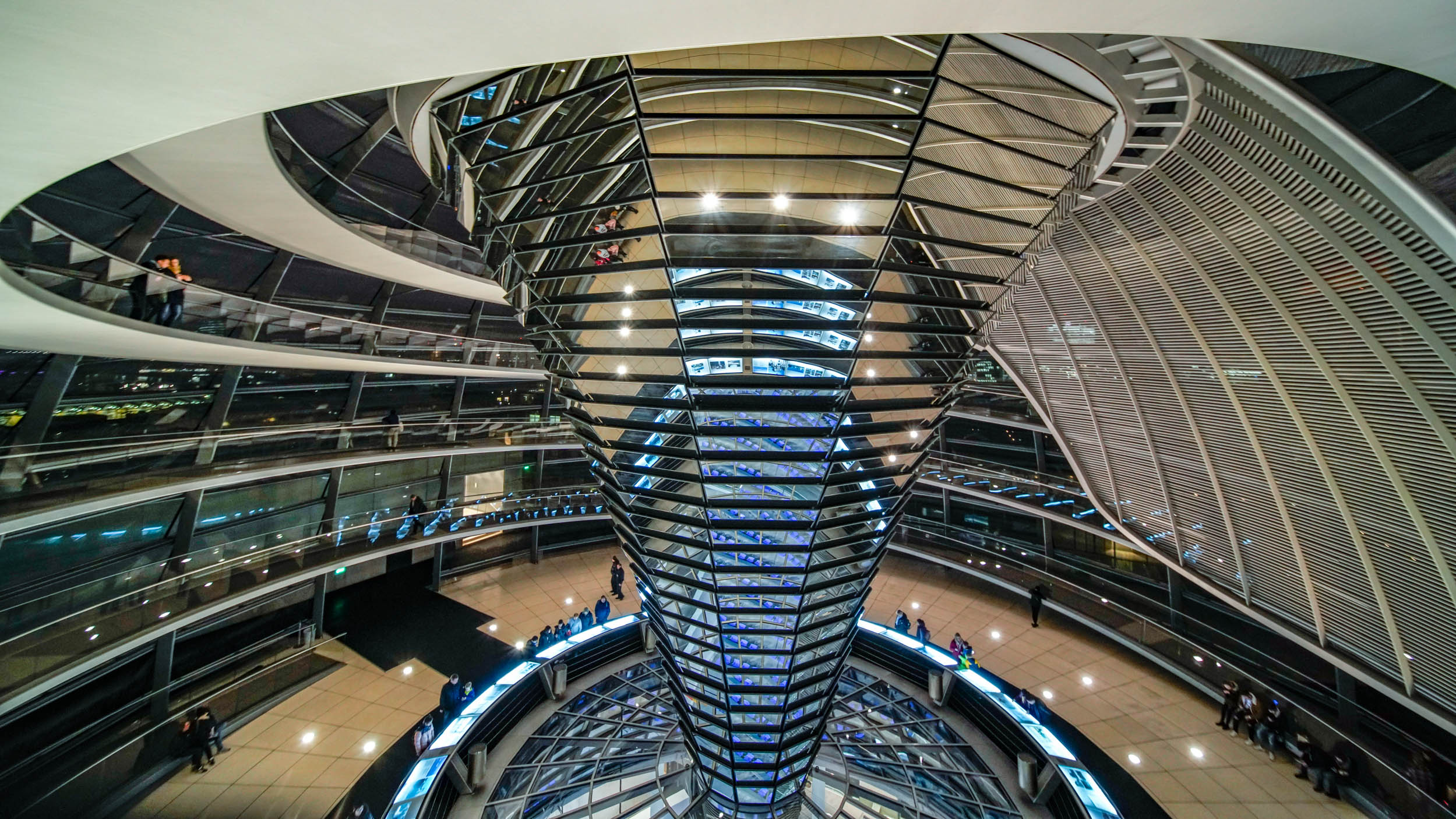 The A7R IV, like the other A cameras, received a hybrid autofocus system. The sensor features 567 phase-detection AF points and 425 contrast-detection AF points – well above the A7R III. As with the predecessor, these autofocus points cover almost the entire vertical dimension, but only 75 percent of the horizontal dimension. In other words, there are no AF points on the image edges on the left and right. Those who often photograph sports or action are therefore better off with the A9, where the AF points cover the entire image.

Within the AF point region, the A7R IV uses Sony’s latest Real-Time Eye AF and Real-Time Tracking technology to recognize eyes (from people or pets) and to track moving subjects. The Real-Time Eye AF now also works in video mode, making the A7R IV more suitable for video use. It can film in 4K resolution without a crop, at up to 30 frames per second. With a Super 35 crop, the camera films in 6K resolution and then reduces it to 4K, for a video image with more detail and fewer artifacts. Videographers also get the Hybrid Log-Gamma (HLG) image profile for HDR footage, and S-Log 3 for a dynamic range of 14 stops. The Multi Interface hot shoe now also has a digital audio interface, making it possible to connect a shotgun microphone or XLR adapter set directly to the camera.

Even in the area of sound recording, Sony has something new. The Sony A7R IV has a new multi-interface hot shoe so that the camera can now also record sound digitally. Sony has developed a whole new microphone especially for this. The new ECM-B1 microphone can record both omnidirectionally and directionally and has its own AD converter. This allows it to output both analog and digital sound to the Sony A7 R IV. However, we do not know whether the new multi-interface shoe is also fully compatible with all existing accessories. 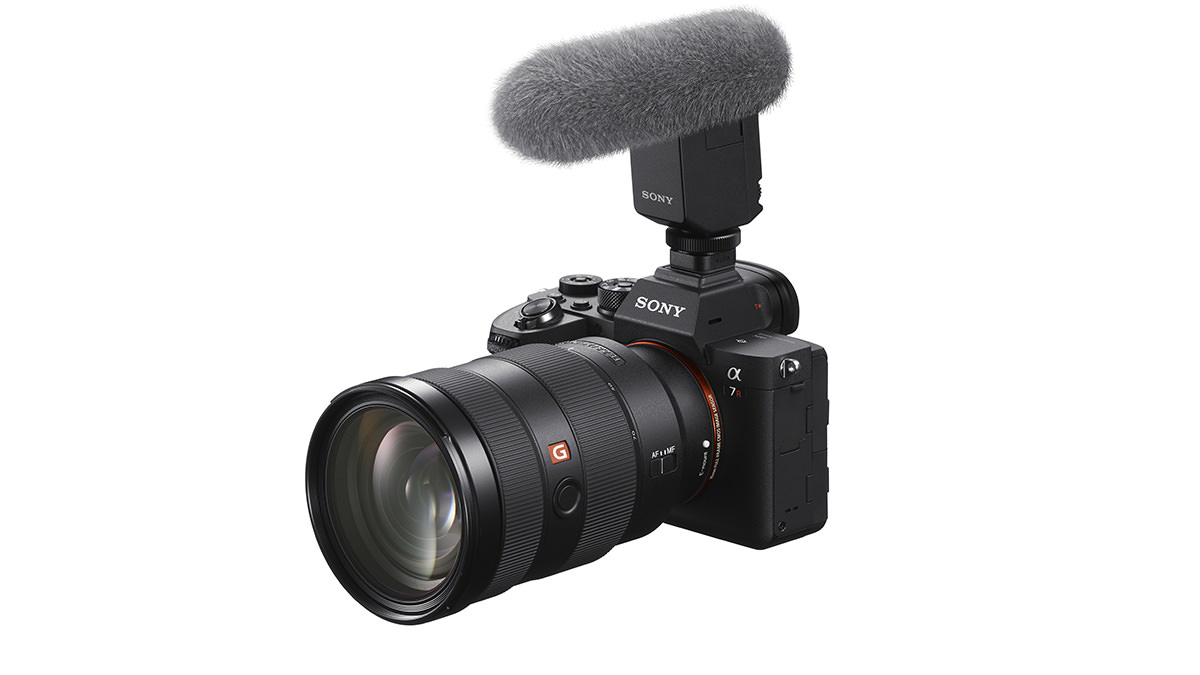 Click on the product for specifications, prices and test results..

With the A7R IV, Sony has pushed the boundaries again. You may wonder if you need 61 megapixels; but that question was also asked when the first cameras with 12, 24 and 42 megapixels came on the market. In any case, it is impressive that Sony was able to increase the resolution without impacting the series speed or performance at high sensitivities. And regardless of whether you need them: it is impressive what you see on an image with so many pixels.

More important than the higher resolution, I think, Sony has – finally – made some much-needed changes to the design and controls, such as the larger grip and the larger AF-ON button. This makes the A7R IV the best usable A-camera for me at the moment. Wait and see if the other models get this facelift…