The Sigma DP2 Quattro is a luxury compact camera with a fixed 30-mm lens and the unique, APS-C format Foveon X3 sensor on which the color-sensitive pixels are not next to each other but on top of each other. The image quality is, particularly at low ISO values, exceptionally good and beats out that of many high-end, full-frame SLRs. The Sigma DP2 Quattro is a camera with which everything is “different,” even the design. This is a model for the real photography enthusiast—a camera that does not shy away from low ISO values to get razor-sharp photos with high resolution.

The earlier DP models from Sigma (DP1 stands for 19, DP2 for 30 and DP3 for 50 mm focal distance; in KB equivalents, 28, 45 and 75 mm) were rather unimaginative square boxes for a limited group of fans: Spartan outfitting, notoriously slow and not very bright. In addition, the battery life was very limited. The successor, with the Quattro tag added, is certainly noticeable in its design, has a new sensor with extra pixels, an improved processor, a longer battery life and higher ISO values.

In almost all digital cameras, the red, green and blue pixels sit next to each other and the right color information is determined by interpolation. 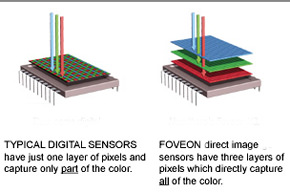 In the Foveon sensor, there are 3 stacked layers, of which the top layer is sensitive to blue, the second layer to green and the bottom layer to red light. The interpolation takes place vertically here, so that greater detail is possible with the same surface area. Where the pixels on sensors of other brands have to leave color information from 2 of the 3 RGB color channels to the neighbors, every pixel on a Foveon sensor registers red, green and blue. An anti-alias filter is unnecessary and left out. With the new Quattro sensor, the top layer (the blue-sensitive layer) now has four times as many pixels as the bottom layer. With the use of a unique, proprietary calculation technique (which Sigma does not share), more image pixels can therefore be calculated. Beautiful RAW files deliver by extrapolation more beautiful images than regular RGB files, because there are no or fewer artifacts in the original. In the RAW mode, the Quattro delivers images with 19.6 megapixels (5424 x 3616), but in JPEG you can opt for a “super-hi” setting, in which all the pixels participate and you get files with no less than 39 megapixels (7680 x 5120).

If you look exclusively at the equipment level, then the DP2Q is a very expensive compact camera. It is rather Spartanly outfitted; what you need for photographing is there, but no more than that. It does not have image stabilization, no built-in flash, no creative menus and it can’t film. Some people will find that unfortunate, but there is also a group of photographers who will find this to be a big plus. As far as the image quality is concerned (and which we will come back to later), you can compare the DP2Q under some circumstances with the better full-frame SLRs, partly thanks to the outstanding lens. There aren’t actually any truly comparable camera. Perhaps Fujifilm with some models from the X series comes closest to this Sigma. 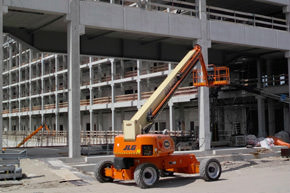 Design and operation of the Sigma DP2 Quattro

We have not previously seen such a uniquely designed body. Because the Foveon sensor is something of a power-eater (we scored a maximum of 150 photos on one battery charge!), the DP2 needs a strong battery. Sigma includes an extra battery with the purchase of a DP Quattro camera. With SLRs, the battery is usually placed in a projection on the front of the body, next to the lens. With Sigma, a very flat body has been developed, on which the battery housing is all the way to the right, stuck on at an angle.

The result is an unusually angled and broad camera (16.5 cm; three centimeters broader than, for example, a Nikon D7100). The breadth should in theory lead to a stable grip, but unfortunately your thumb lands exactly on the focus setting button, and several times it appears that we accidentally changed the focal setting. Something like that can be adjusted in a later model year without much trouble; form appears to be valued over function. The DP2Q is too large for a pocket, it doesn’t even fit in a jacket pocket and perhaps not in every photo bag. It does do a great job at getting noticed, and it’s beautiful.

We have rarely been so quickly at ease with a camera as with the Sigma DP2 Quattro.

The housing is tight and sturdily built; you feel the quality. There are two dials and a mode button on the top, and six push-buttons on the back. A menu button gives access to the settings that you use less often. Because the camera is relatively simple in its setting options, the menus are short and clear. With a Q button, you get a quick menu with the eight most important settings. The aforementioned focus button lets you switch between AF and MF, and you can choose the AF point with it (9 options).

The DP2 has an LCD screen with 921k pixels. There is no electronic viewfinder. There is an attachable viewfinder available, but then the camera becomes even larger and more expensive. The screen is not very bright, and for outdoor shots (the obvious work realm for this model) even at the maximum setting for brightness, it’s difficult to read. With a button, you can switch between a number of viewfinder information options. Below that is a built-in horizon. That is quite handy for landscape photography.

The camera has a hot shoe, but no built-in flash, has an extensive menu for white balance and color settings, has exposure bracketing and a setting to counter overexposure from the lights. You can choose RAW, JPEG or both, and from a range of length-to-width ratios from 1:1 to the extra-long 21:9 format. The ISO range runs from 100 through 6400.

Due to the abnormal sensor design, the RAW files differ greatly from those of other brands. Adobe Camera Raw can’t handle them; you’re dependent on the free, downloadable Sigma Photo Pro 6. This program can execute most edits well, but it takes a good amount of time to do it. Partly due to the enormous file size (up to 60 MB), each editing step takes several seconds, and converting a file into TIFF or JPEG costs half a minute or more. A day of photographing in RAW will give you many hours of photo editing. Happily, the JPEGs that come directly from the camera are high-quality, and you can work with those. The trick is to batch-convert all the RAW files into 16-bit TIFF files, and to edit those TIFF files in your regular workflow, so that you don’t have to wait when you want to open a RAW file. 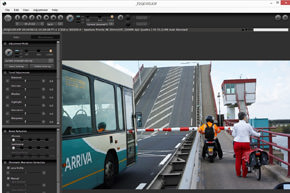 The unique construction of the sensor, on which the light-sensitive layers are stacked on top of each other so that the light has to pass through one layer to reach another, makes the sensor less light-sensitive. We’ve seen that before with other models with the Foveon sensor. The image quality at the lower ISO settings is exceptionally good, and the shots are noise-free. If we raise the ISO, then the noise increases, as expected. With the transition from 800 to 1600 ISO, a sudden worsening appears, and the file size drops in both RAW and JPEG—and not by a little bit. It appears as though the camera combines sensor pixels to gain light sensitivity. At 3200 ISO, the noise is disruptive and the color saturation falls, and at 6400 ISO there is not really any color anymore—the red channel is as good as gone (see the image to the right, 6400 ISO on the left and 200 ISO on the right). The red-sensitive layer sits “at the bottom” of the sensor and gets the least light of the 3 Foveon layers. All in all, we judge the performance at 1600 ISO as moderate, and 3200 and 6400 are only suitable for emergencies. 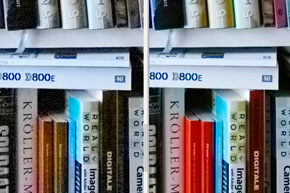 The DP2Q is therefore less suited for action shots in which you often choose short shutter times and high ISO settings. In addition, we encountered with fast-moving subjects a phenomenon that we had never seen before: purple fringing at the edges of the moving object, as though the red-sensitive layer had gotten a head start from the electronic shutter (see the shot to the right—behind the white roof of the truck a sort of purple haze is visible). We only ran into this phenomenon with shots in bright light, of a fast-moving subject with high contrast, photographed with a fast shutter speed. Those are not the conditions under which most photographers would use a DP Quattro. Sigma let us know that they’re working on a solution. 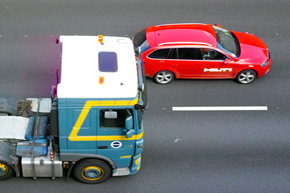 The lens of the DP2Q is high quality—razor sharp and all but free of vignetting, distortion or chromatic aberration. With the “super-hi” JPEGs, the resolution in our lab tests was superior to that of the best APS-C camera, and came close to that of the full-frame Nikon D800.

Because you can’t use the “standard” ACR RAW converter for this sensor, and are dependent on the Sigma Photo Pro 6 converter, we found comparisons with other cameras in RAW useless at this time. 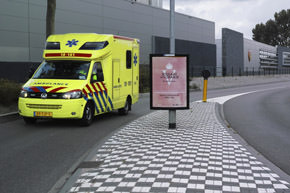 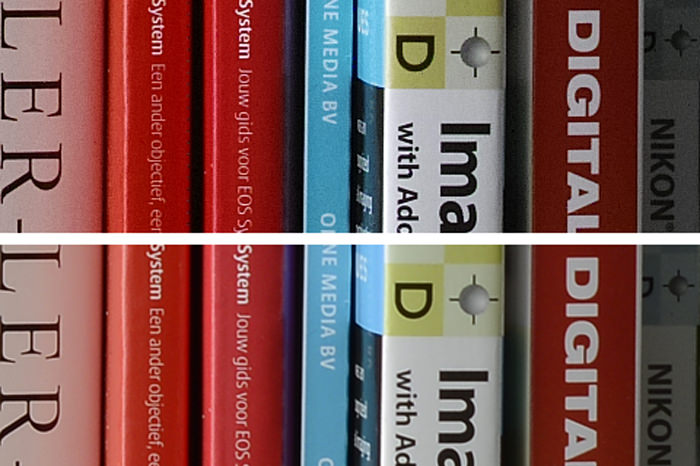 The Sigma DP2 Quattro practice shot above is a detail from a shot of the editorial bookcase. Top half: Nikon D800; bottom half: Sigma DP2Q at 100 ISO with the highest quality in-camera JPEG. They aren’t much different!

The rather disappointing results at high ISO settings are compensated by the really exceptional performance at low ISOs. The images are beautifully detailed and noise-free; the adjectives “soft and creamy” came to us spontaneously. For our review, we brought along a Nikon D810 as a comparison camera and noticed that the DP2Q for outdoor shots came close to this professional SLR star. It’s noticeable that the DP2Q is relatively underexposed. The DP2 exposes in almost all cases one stop lower than the Nikon. The explanation must lie in the fact that the Foveon sensor is sensitive to over-exposure. With less favorable lighting conditions, this underexposure does result in a loss of color saturation.

Sigma DP2Q:High-quality black and white shots straight from the camera

You get the most beautiful black and white shots by converting a color shot afterwards into black and white. But there are also photographers who prefer to shoot in black and white directly. We took a couple of shots in the black-and-white setting, of which one is shown below. On this point, the Sigma DP2Q is a top camera. 1/250 at f/10, ISO 400. The lovely detail rendering and the complete absence of noise reminded us of analogue sheet-film pictures from the last century. Below you see a detail at 300%, sharp and noise-free down to the pixel level. 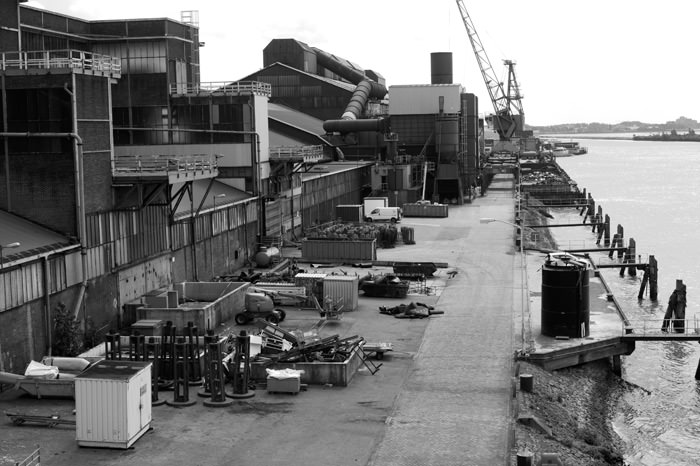 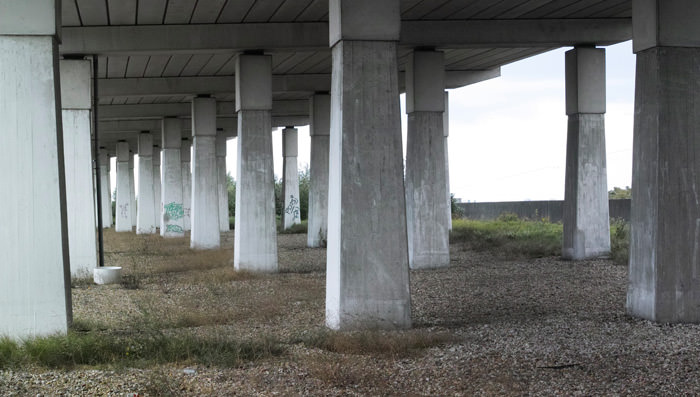 For a landscape photographer who doesn’t want to lug along a full-frame beast, this Sigma DP2Q is a nice alternative.

The Sigma DP2Q is, as we wrote in the introduction, a camera that’s different from all others. The uniqueness is not only in the special design, but especially in the sensor with the color-sensitive layers stacked on top of each other. Black-and-white shots straight from the camera and surprisingly nice. The Quattro sensor has more pixels than previous versions of the Foveon sensor, and the result is a camera with stunning image reproduction, at least at low ISOs. At higher ISO values, the image quality quickly goes backwards. It seems to us for those reasons that this is not an advisable camera for action photographers, also given the high battery use. The fixed lens is of very high quality and makes an important contribution to the high resolution of the Sigma DP2Q.