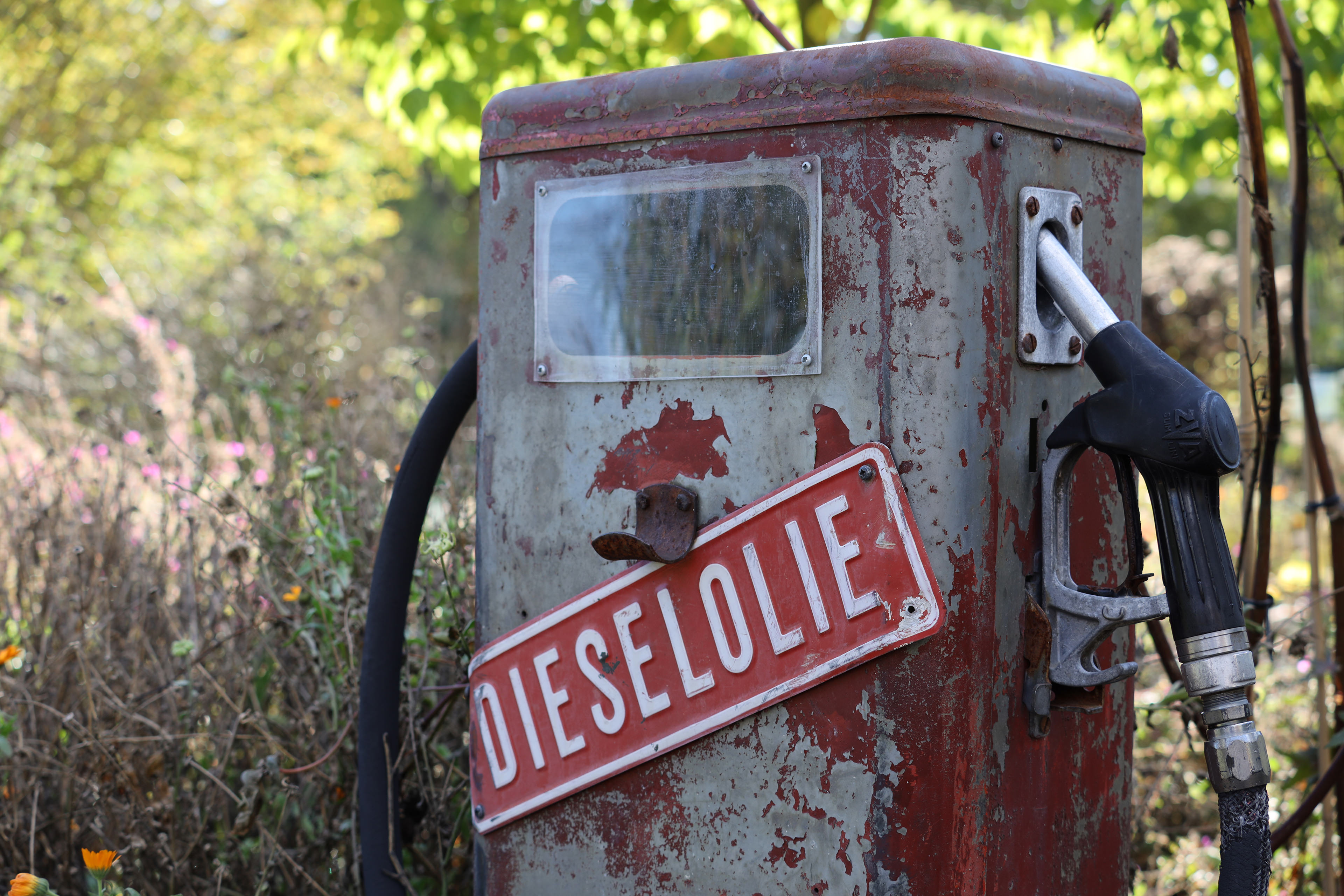 At Photokina 2018, Sigma introduced a new all-round telephoto zoom: the SIGMA 60-600mm F4.5-6.3 DG OS HSM. Telephoto zooms that go up to 600mm have been around for some time, but none of them starts at 60mm. With this 10x zoom range, this is perhaps the only telephoto zoom you need. 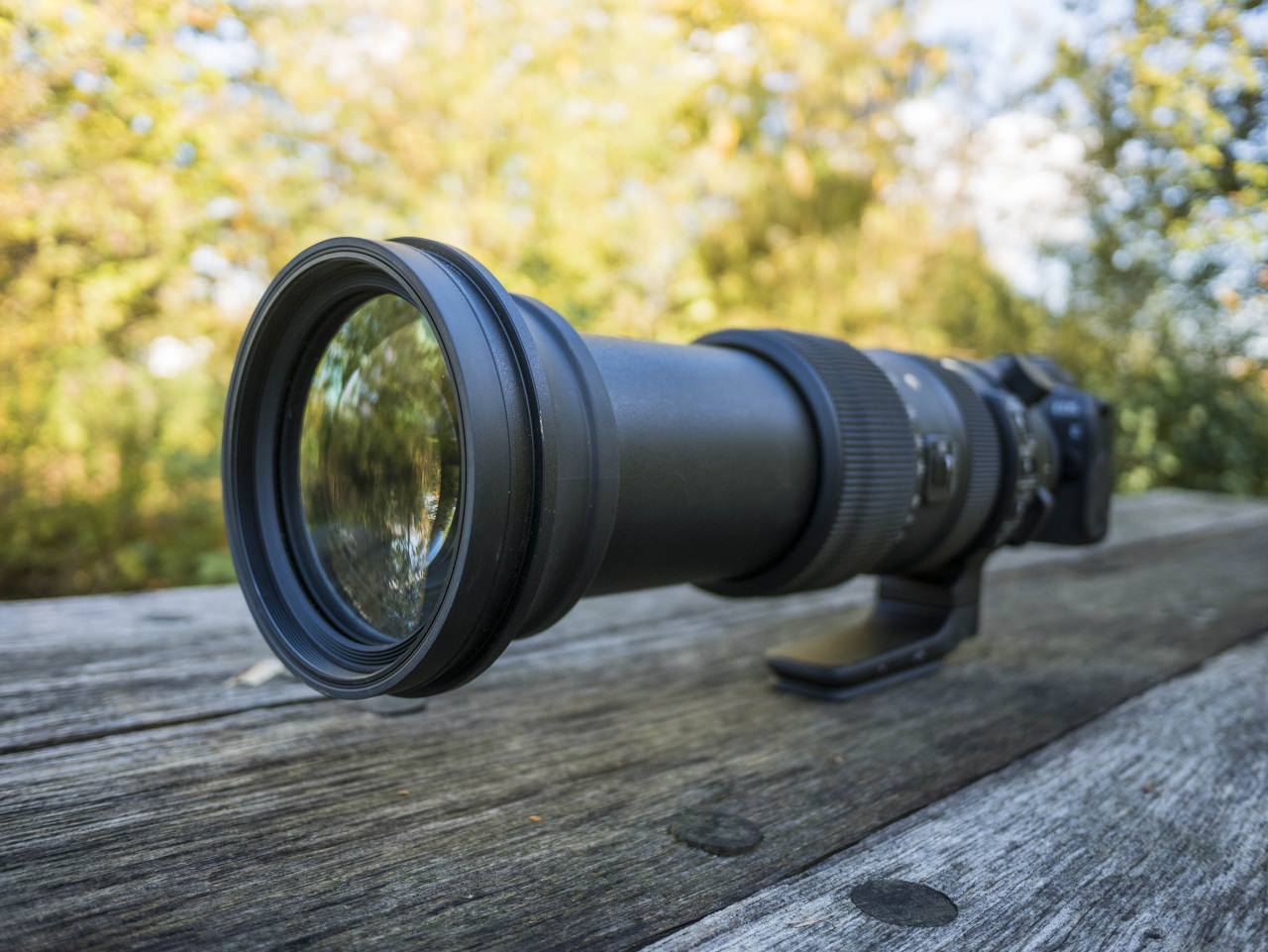 The SIGMA 60-600mm F4.5-6.3 DG OS HSM is a zoom in Sigma’s Sports series. The lenses in this series, compared to the Contemporary series lenses, are more expensive, bigger, heavier, more solid and optically better. The lens has no fewer than 25 lens elements in 19 groups. The image stabilization is now ‘intelligent’ according to Sigma, and that should ensure that the stabilization yields about four stops. At the shortest zoom setting, 60mm, the SIGMA 60-600mm F4.5-6.3 DG OS HSM is a not-so-bright f/4.5 standard lens. The brightness slowly goes to f/6.3 at 600mm, and that is a fairly normal value. The big advantage of this immense 10x zoom range is that you will have to change lenses much less often. If you shoot with a more common 150-600mm, then you still need a 70-200mm to fill the gap between your telephoto zoom and a 24-70mm standard zoom. With this Sigma, you don’t have to. It also ensures that you can zoom out easily if your subject suddenly comes much closer than you expected. Think, for example, of an elephant who suddenly charges your safari car to show dominance. Instead of diving away (to grab your 70-200mm of course), you can now just stand there and zoom out, and you have a shot that others might not have been able to get. 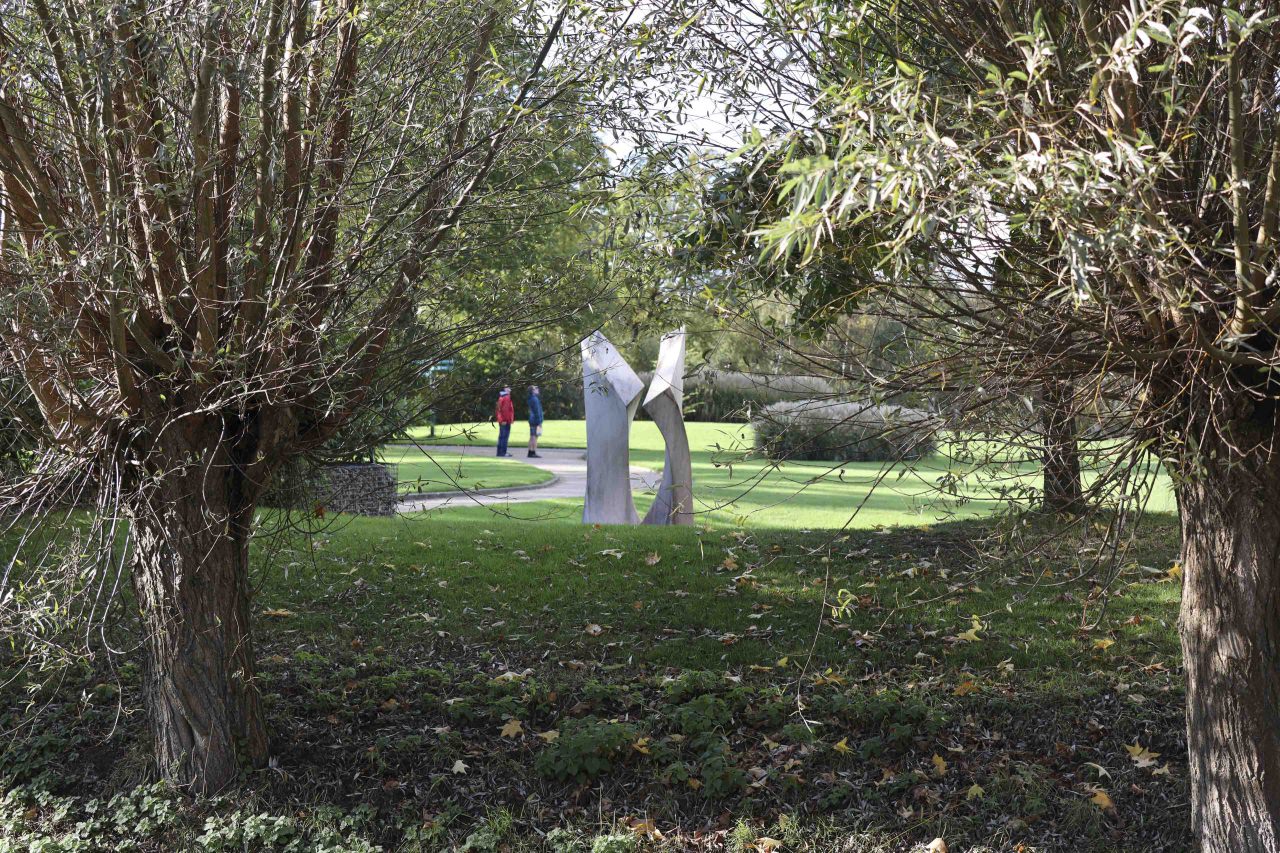 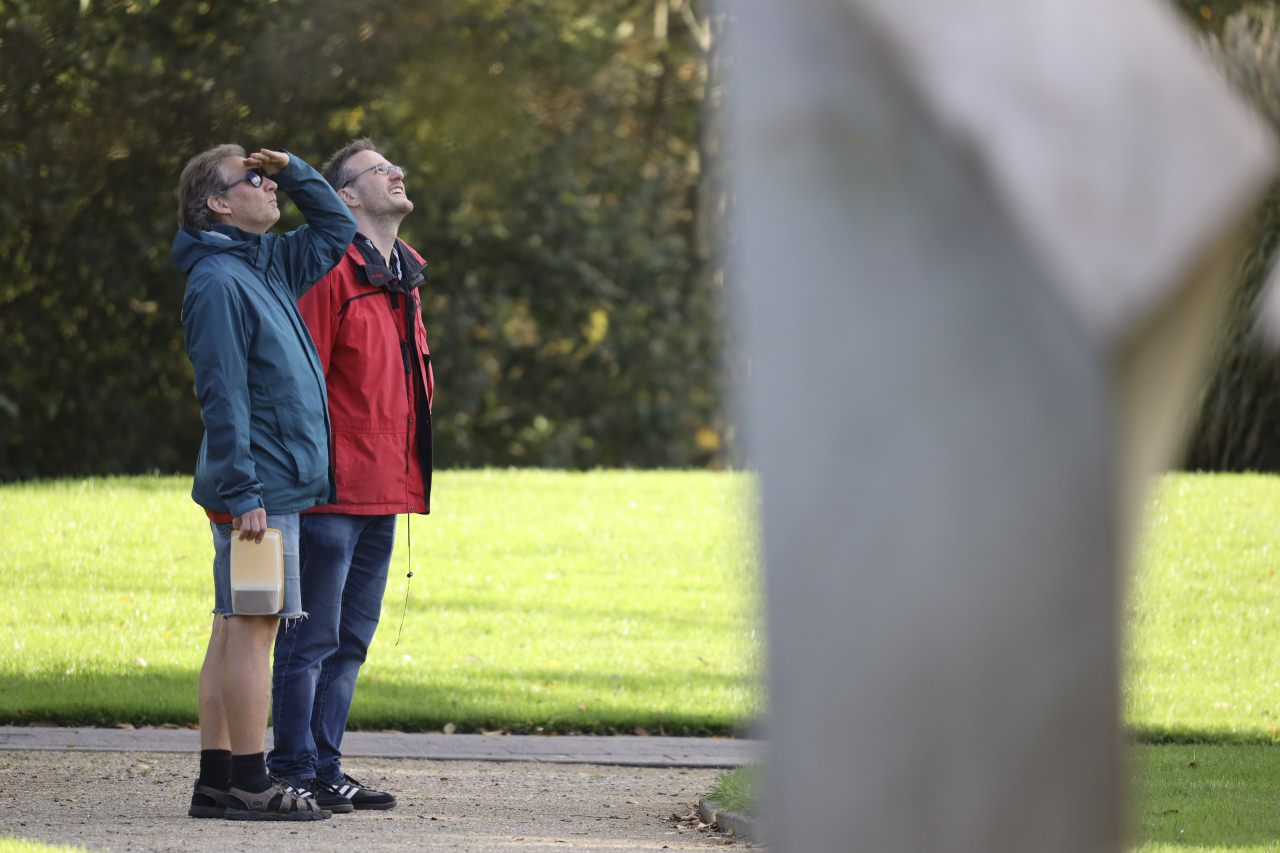 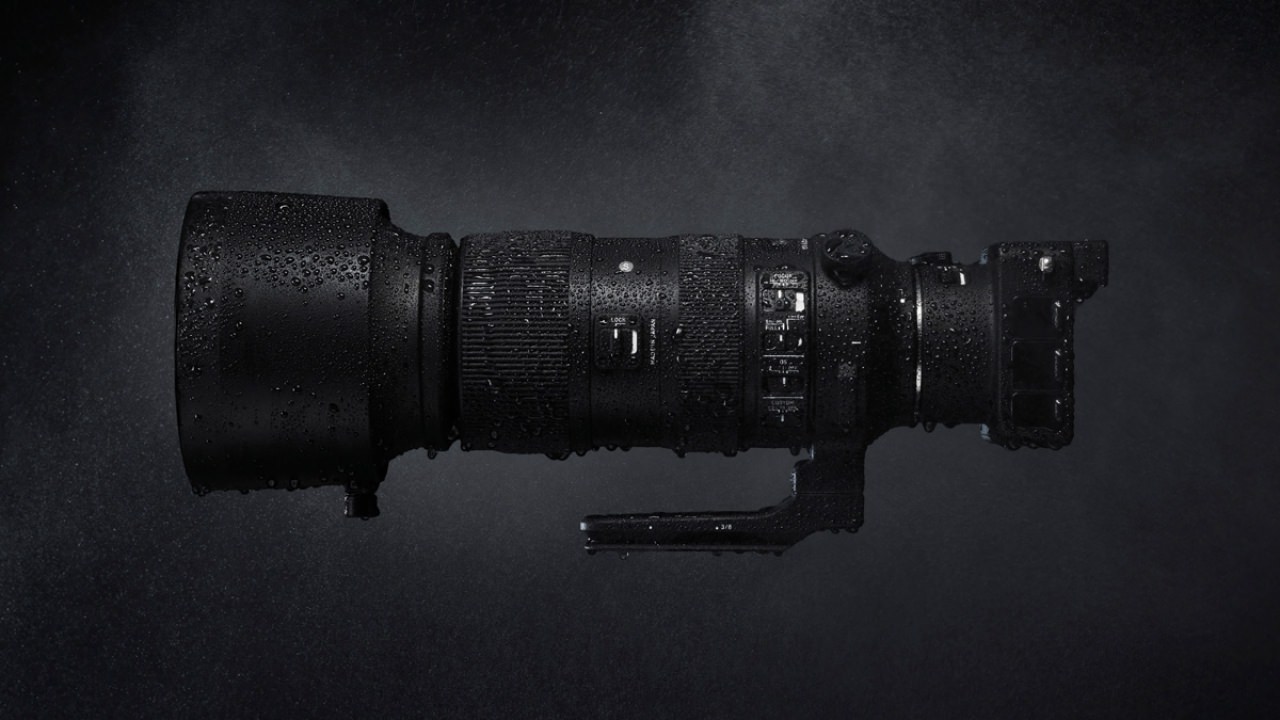 The SIGMA 60-600 mm F4.5-6.3 DG OS HSM is a big boy, although Sigma has done everything possible to limit the weight. For example, parts of the lens and the lens hood are made of carbon-reinforced plastics, and the entire inner tube is made of TSC. That stands for Thermally Stable Composite and is a high-quality plastic. The entire rear part is made of a magnesium alloy, and the same goes for the tripod base. The mount is made of bronze. The lens weighs 2700 grams as a result. Hefty, but for a lens that goes from almost standard to 600mm, that is not surprising. The length is 269mm, and the diameter is 120mm. The filter size is a doozy at 105mm. 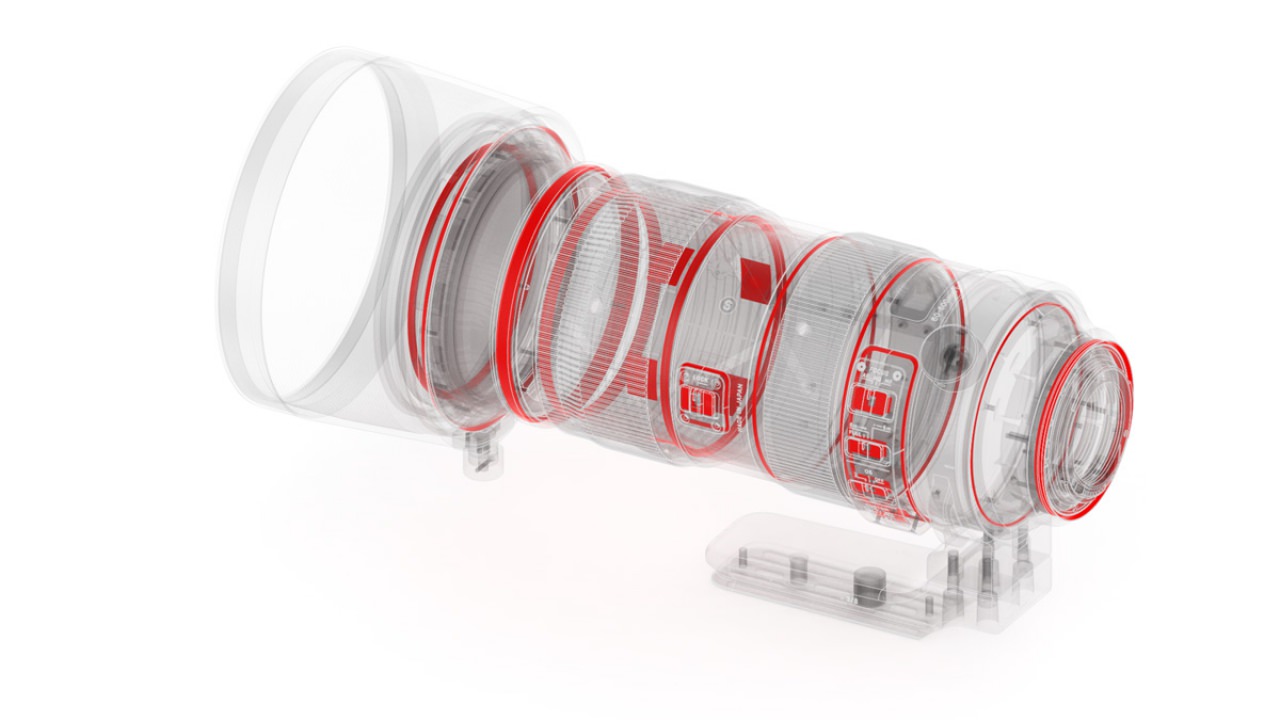 The lens has gaskets around all moving parts to make it weather-resistant, and the front lens element has a coating that is supposed to repel moisture, dirt and grease. The lens has two wide rings, the front of which is for zooming. The stroke for the entire range is about 100 degrees, and it turns smoothly but not very easily. You do feel that you are really moving something. The zoom ring has a lock to secure it in the shortest position. The rear ring is for focusing, and it also turns smoothly and a lot more easily, and that’s nice. The lens has four switches for focus, focal range, image stabilization and two custom modes. You can program these two custom settings with SIGMA’s USB dock. The switch for the autofocus allows you to choose between only AF, only MF or a combination of those two: MO. You can thus adjust the autofocus manually. The range of the autofocus can be limited to from 60cm to 6 meters, from 6 meters to infinity, or you can of course just choose “full”, for the whole range. 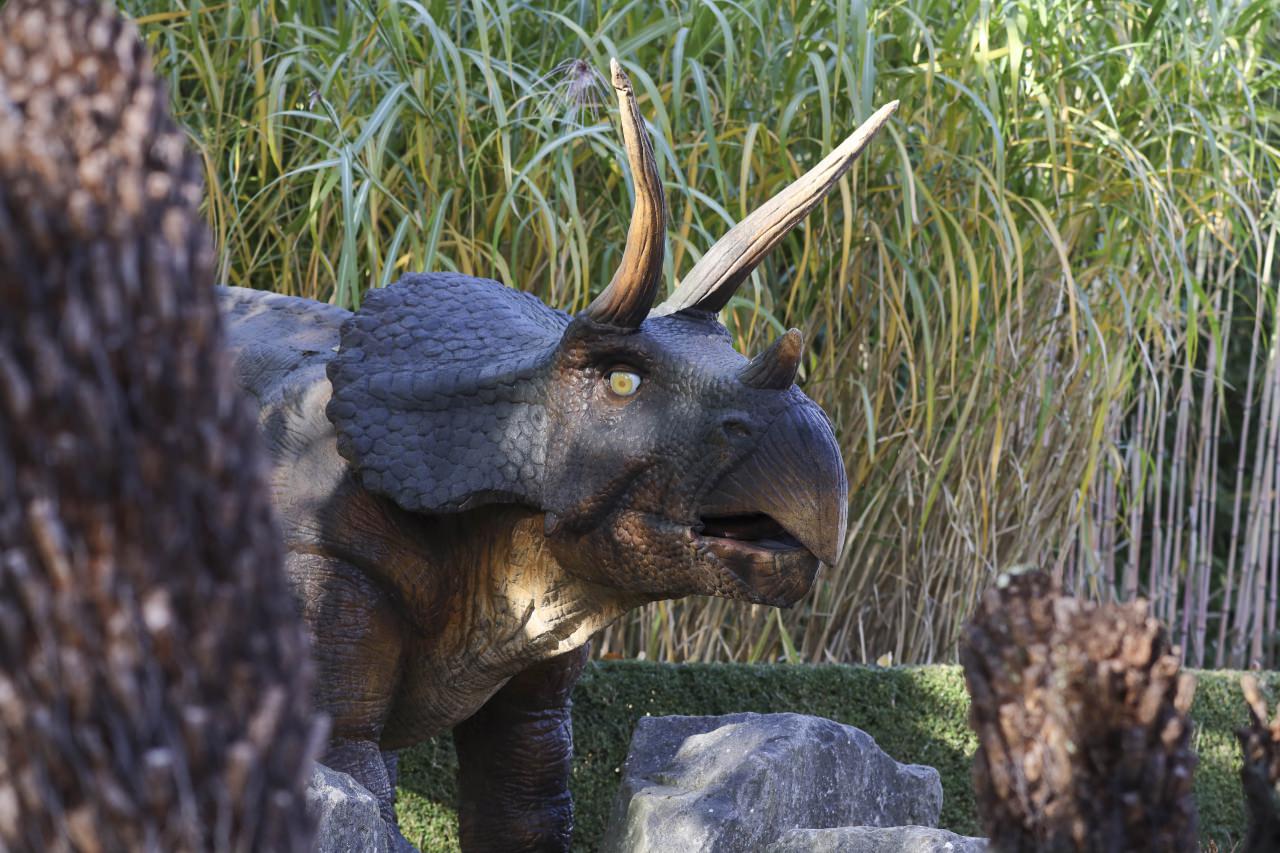 The tripod collar of course turns and clicks at every 90 degrees. The tripod base is replaceable and has an Arca Swiss profile, so you do not need to screw on an additional coupling plate underneath. The ring of the tripod collar also has two eyes where you can attach the included strap. This way, you can carry the camera by the lens instead of the other way around. And that’s how it should be with lenses this heavy. A nine-blade aperture with rounded lamellae should ensure a beautiful bokeh. At 600mm, however, that will not be a problem anyway, we guess. 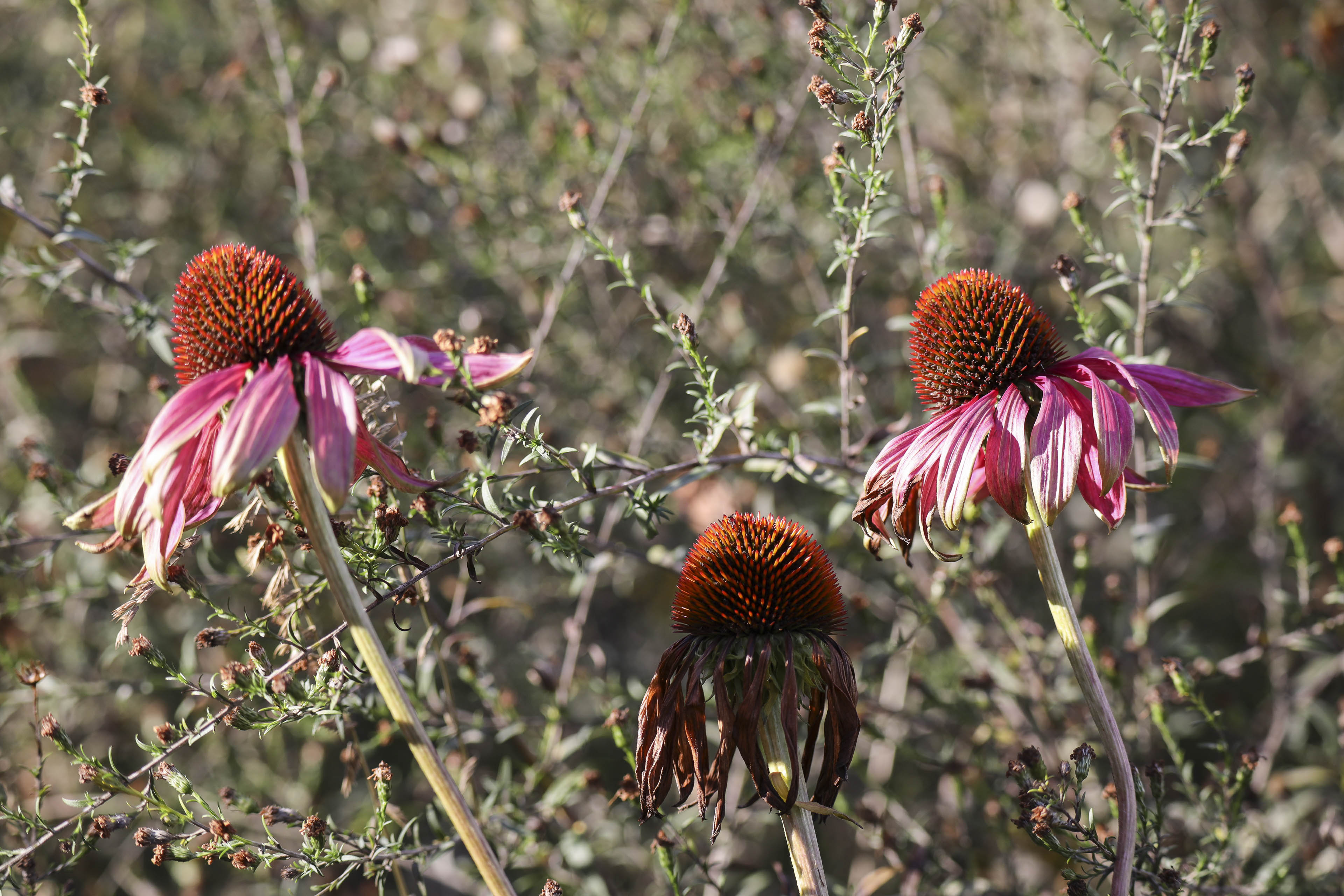 The image quality is very nice in practice. The distortion is low. In jpeg, it runs from somewhat barrel-shaped at 60mm via neutral between 100 and 200mm to slightly pincushion-shaped at 600mm. Only in very critical architectural shots will you perhaps notice it.

Something that stands out in the specifications is that the shortest setting distance is not constant. It varies from 60cm to 260cm. The highest attainable magnification is 1:3.3, and you do not get that at 60 or at 600mm, but at 200mm. The focal depth is of course very small at that shortest distance, and the gradient in sharpness to the corners is visible. The SIGMA 60-600 mm F4.5-6.3 DG OS HSM is not a real macro lens. But it is still great that you can make close ups with it. 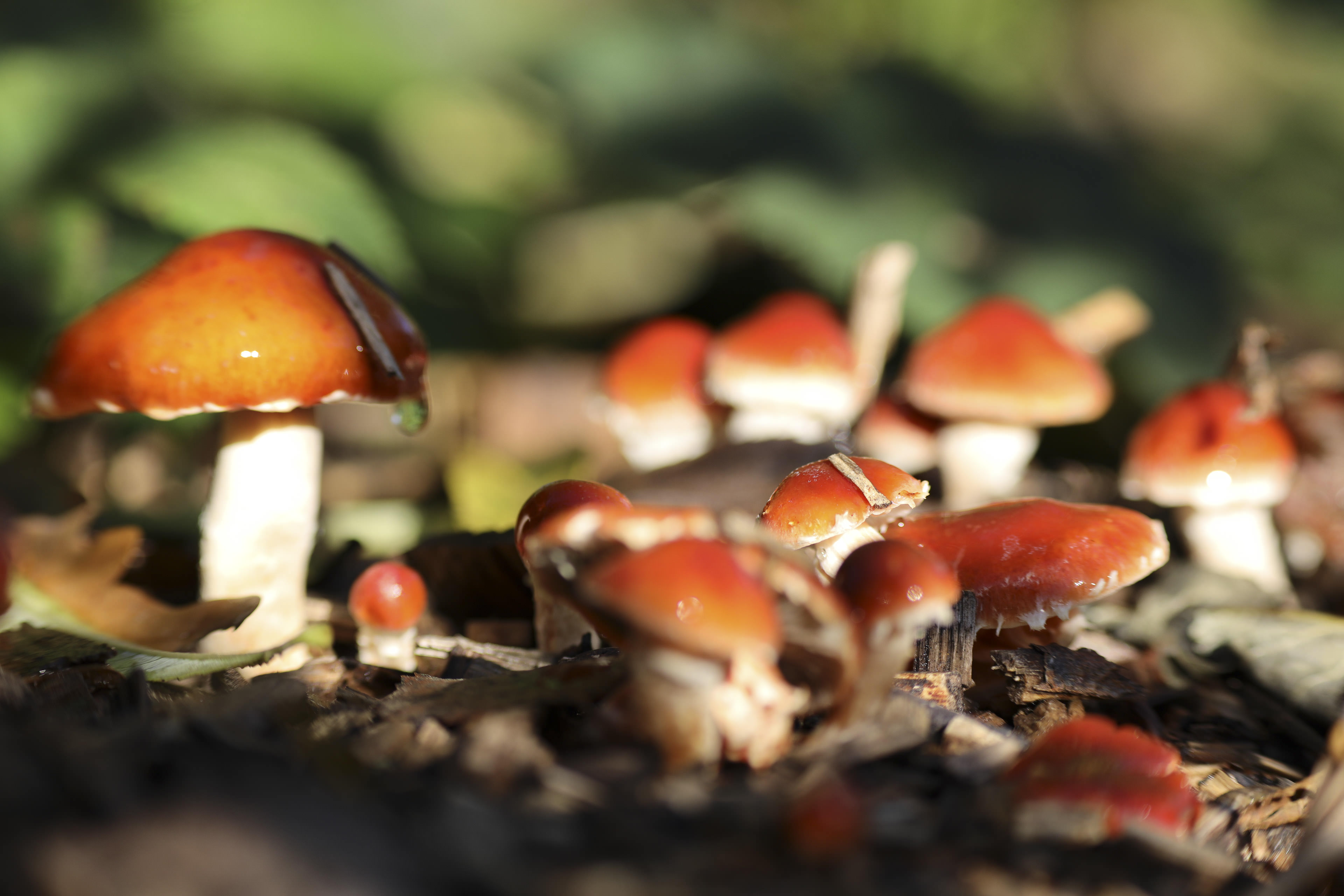 The SIGMA 60-600 mm F4.5-6.3 DG OS HSM is not bothered much by vignetting either. The maximum value of almost 1.5 stops is reached at 600mm, which not entirely coincidentally is when the lens is at its longest. If you look very critically, you will be able to see that in practice, but it is not much, and certainly not very distracting. A little vignetting draws attention to the center of the image, where the subject will also generally be found.

In general, the SIGMA 60-600 mm F4.5-6.3 DG OS HSM does not suffer much with backlighting. If you close the aperture considerably, it is possible to get flare with the sun full in frame. If you change the position of the camera slightly, you can make it just a bit more or less than in the example below. 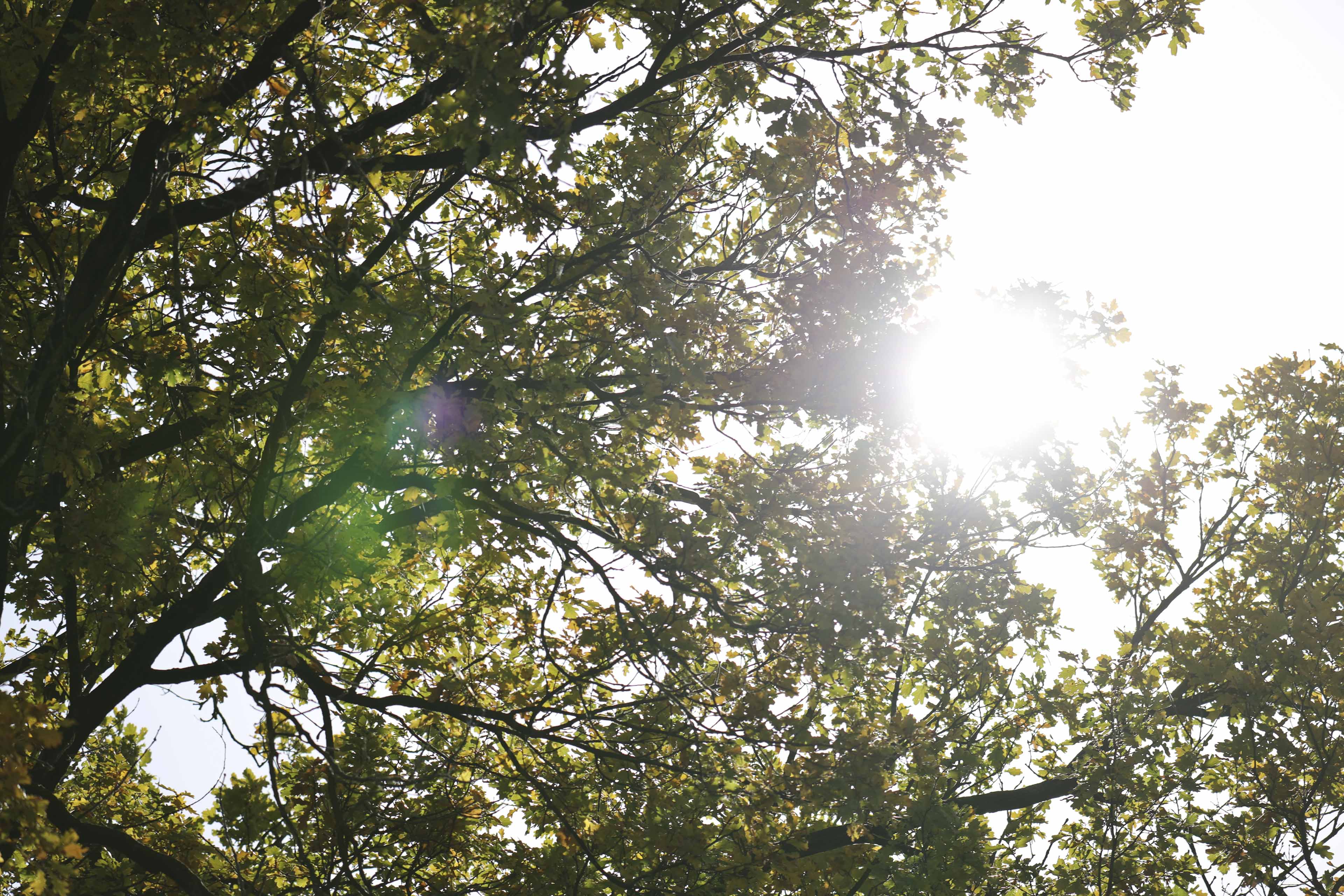 The image quality of the SIGMA 60-600 mm F4.5-6.3 DG OS HSM is, simply stated, good. The center sharpness is reasonable at full aperture, and with stopping down two stops, it is generally a bit better. We tested the lens on the Canon EOS 5DSr, which mercilessly exposes any weakness of lenses with its 50-megapixel sensor. You see that in the corners, which lag somewhat behind the center at the shorter focal lengths. At the longer focal lengths, and that is what you primarily buy a lens like this for, the lens is more even, and the quality is really good. At the extreme zoom setting, the difference between the corners and the center is also small, but the maximum sharpness does drop off slightly. That is not unusual for long zooms. The measured values are still reasonably, and the practice shots look good at 600mm. 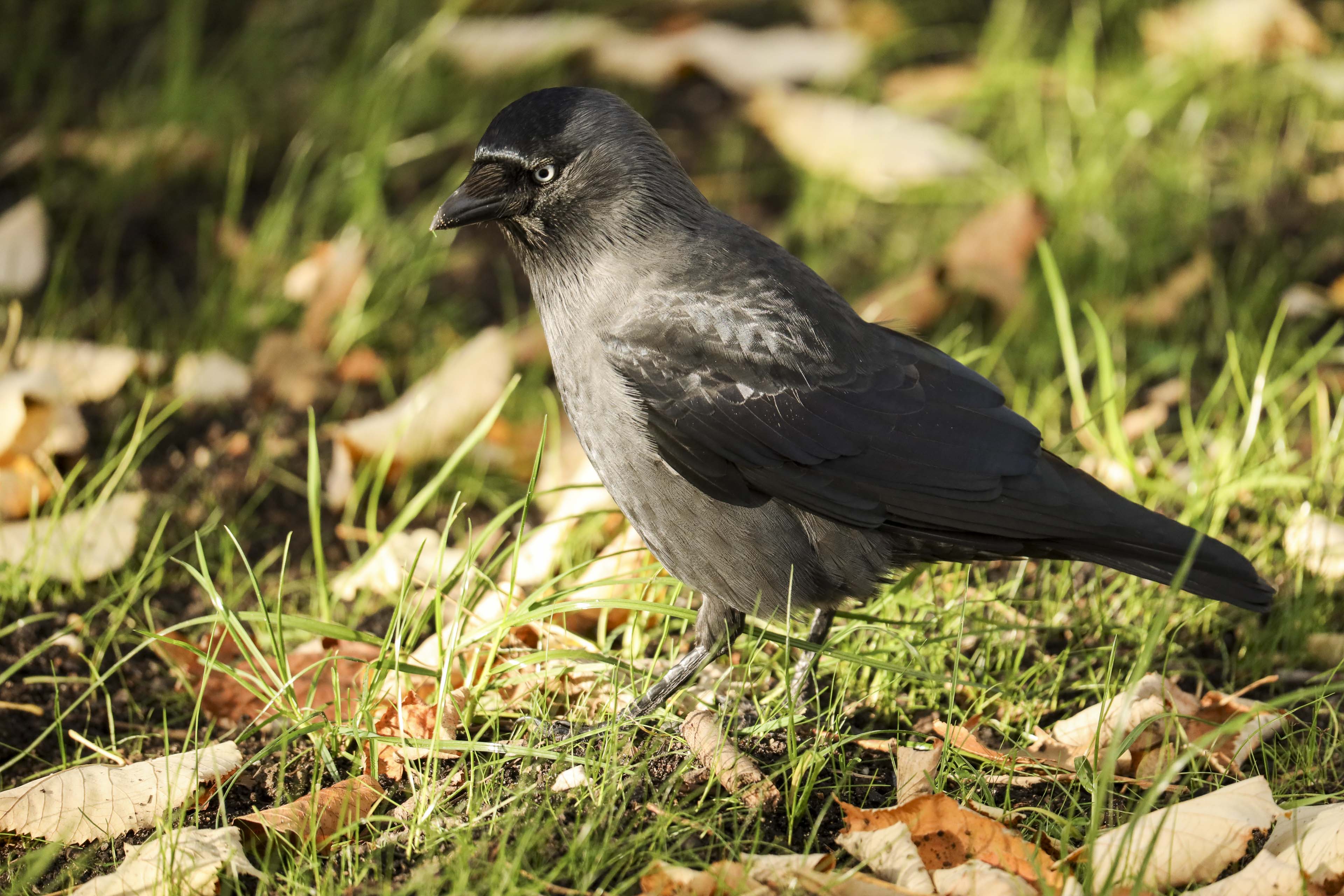 The SIGMA 60-600 mm F4.5-6.3 DG OS HSM obviously also has image stabilization. With a 600mm lens, you cannot actually photograph out of hand without stabilization. The Optical Stabilization (OS) of the Sigma does fine. A profit of four stops is certainly feasible. That is a great result. On the lens is a switch to choose between three modes for image stabilization: off, 1 and 2. In mode 1, image stabilization works in all directions. In mode 2, it takes into account the movement of the lens in a certain direction. This is the mode you need to have, for example, to pan with a moving subject. 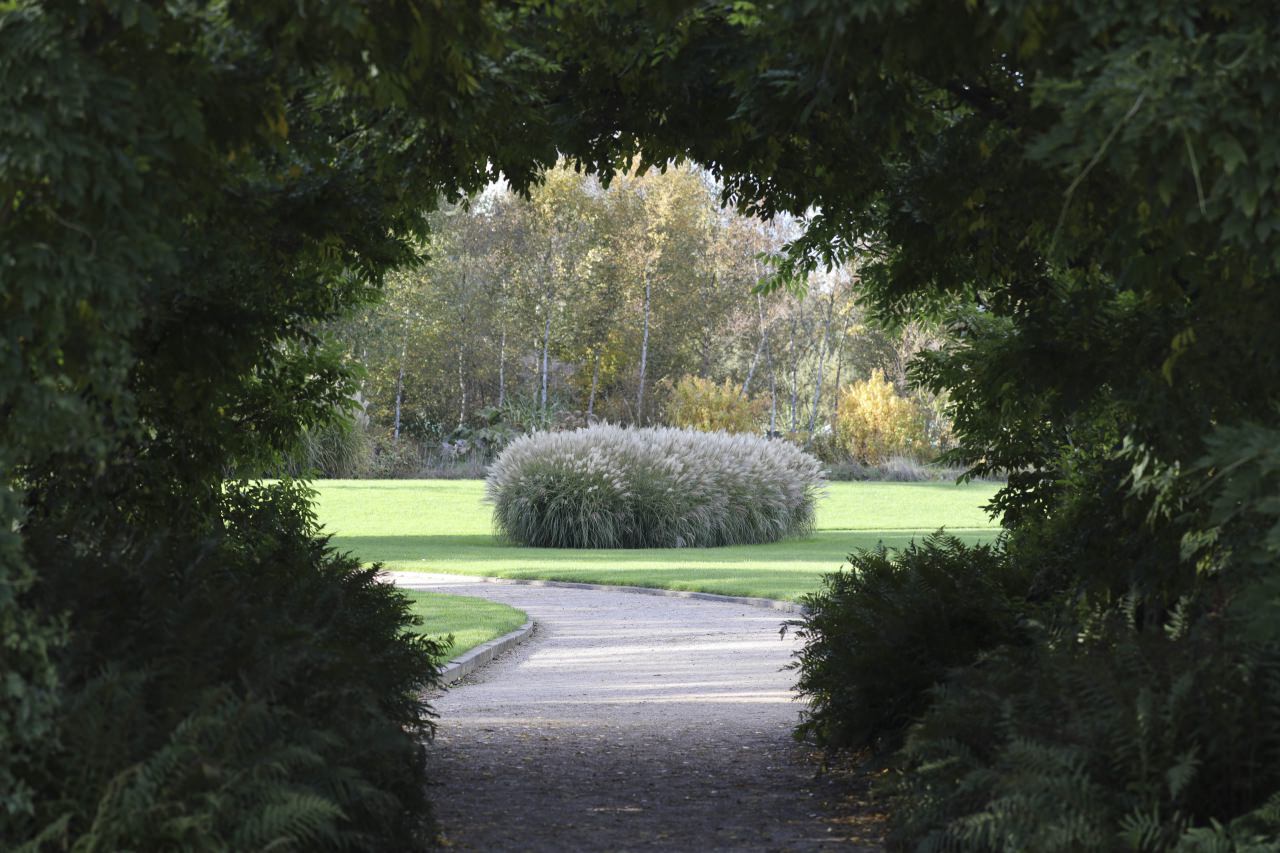 The SIGMA 60-600 mm F4.5-6.3 DG OS HSM can also be combined with the 1.4 and 2.0 teleconverters from Sigma, the TC-1401 and TC-2001. Even with the best AF systems, it means that you will not have autofocus from about 300 mm because the largest aperture opening will then become too small. The SIGMA 60-600 mm F4.5-6.3 DG OS HSM comes with a Canon, Nikon and Sigma mount and can also be used with Sigma’s MC11 on Sony cameras with an E or FE mount. And should you ever change systems, the mount can be switched via Sigma’s Mount Conversion service. 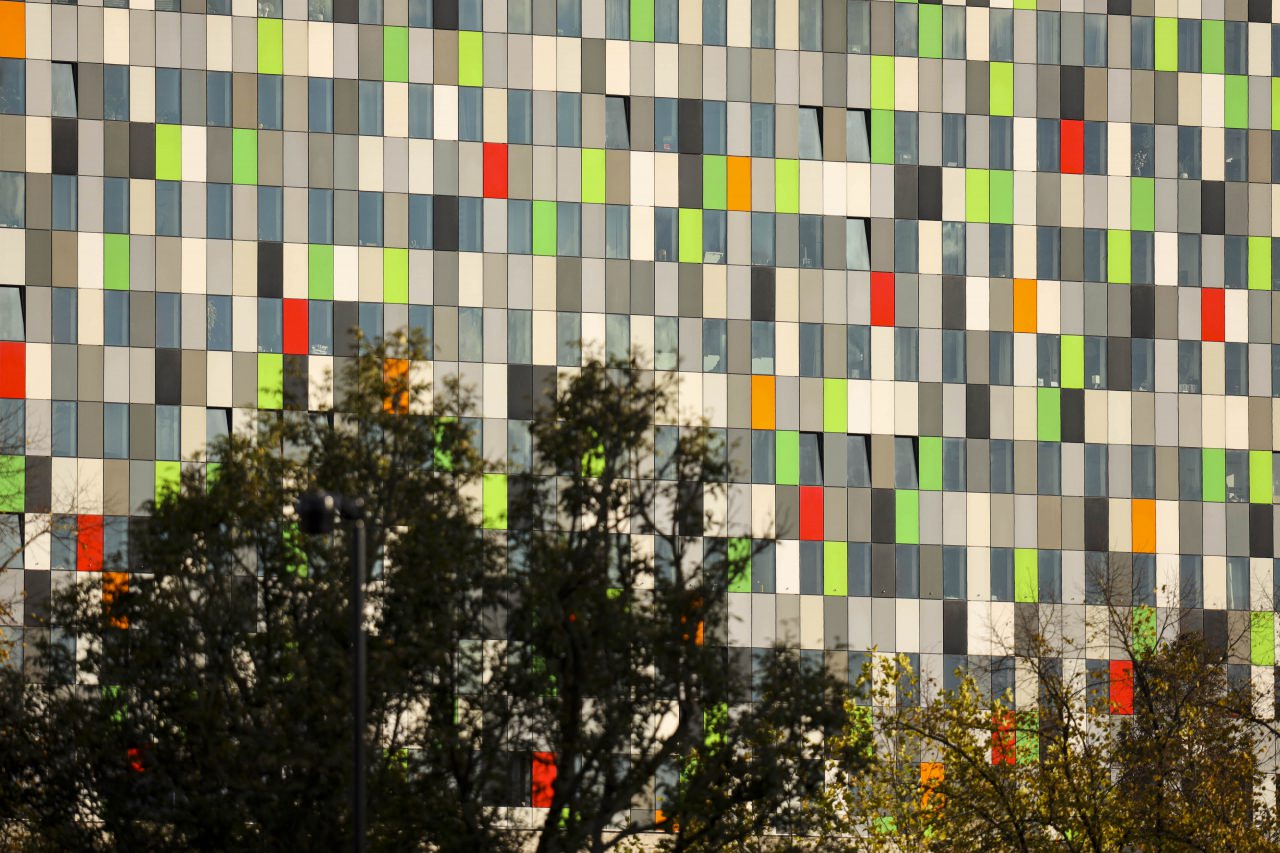 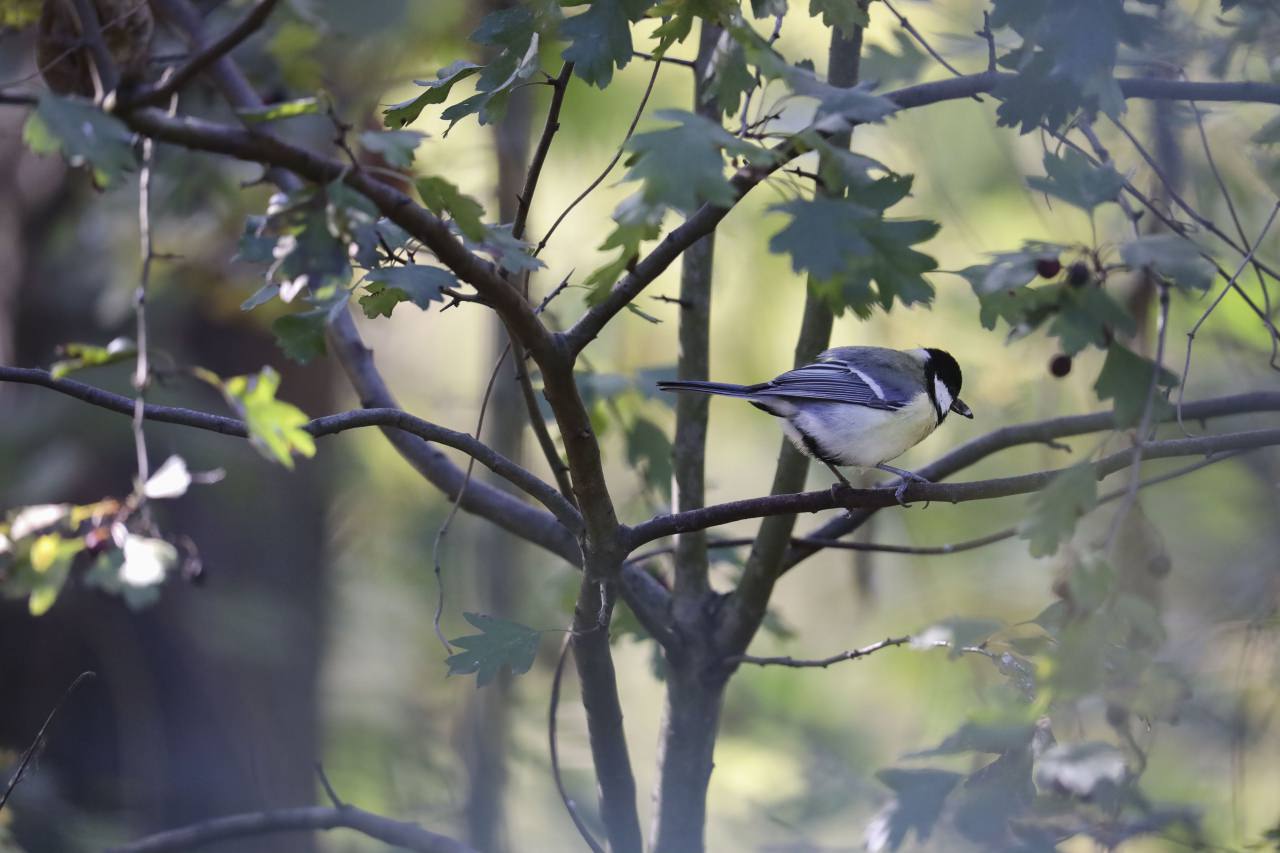 The big advantage of this immense 10x zoom range is that you will have to change lenses much less often.

The SIGMA 60-600 mm F4.5-6.3 DG OS HSM is a unique zoom lens. A zoom range from standard to super telephoto is unusual. At the same time, it is actually a very logical choice for Sigma to make the range so big. A 150-600mm is a real super-telephoto zoom. Fine for subjects far away or small subjects slightly closer, but not suitable for a portrait, for example, a meter away. This is possible with 60-600 mm F4.5-6.3 DG OS HSM. Get a 17-35mm wide-angle zoom as well, and you can actually handle any subject. A range of 60-600mm therefore has real added value. The brightness at 60mm may not be very high, but it does not make much difference, for example, from a 24-70 mm f/4 standard zoom. The picture quality is good, and the lens is built to be used under all circumstances.