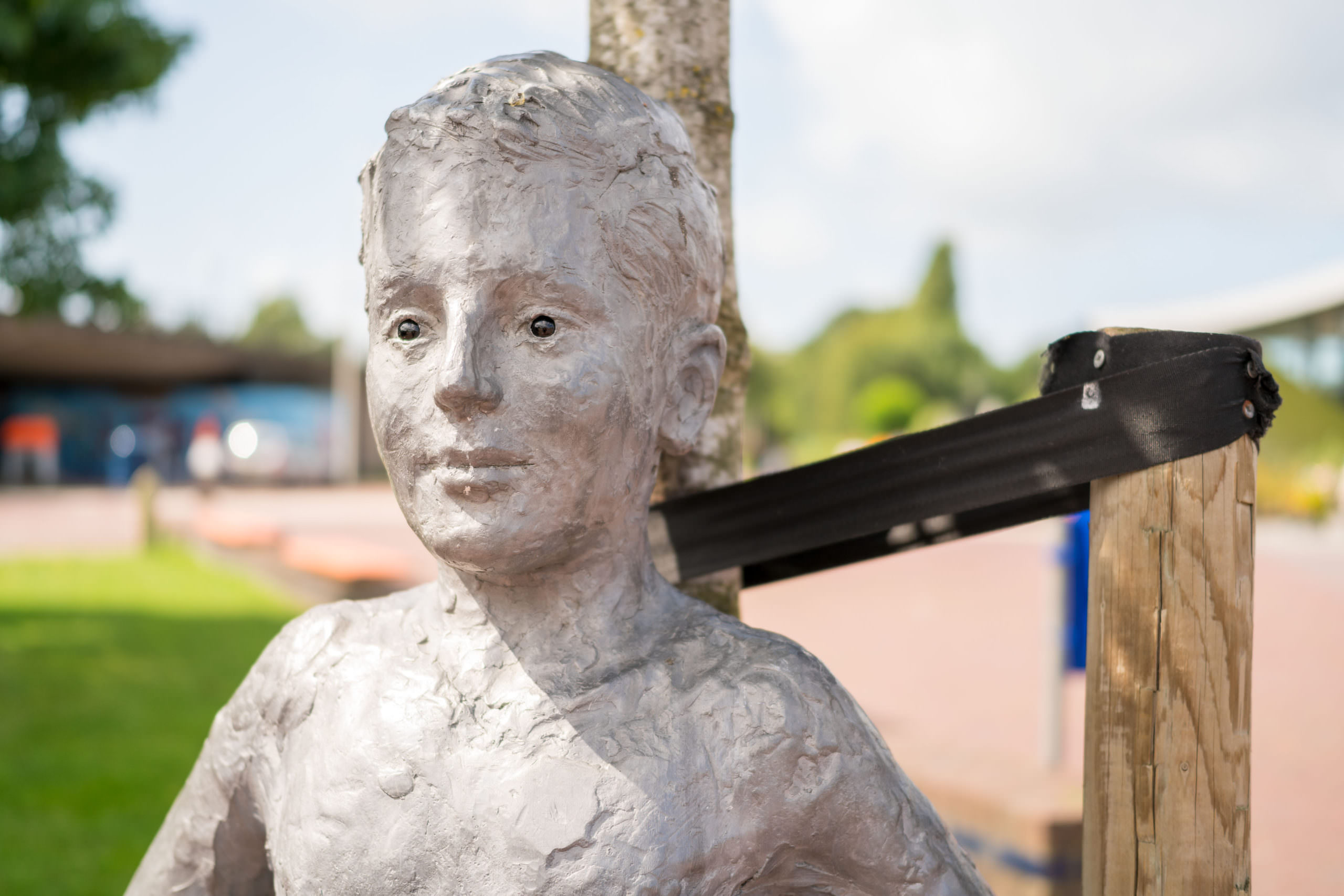 The Sigma 45mm F2.8 DG DN is a new standard lens for cameras with an L-mount or an E-mount. So, for the Sony cameras and for all cameras with an L-mount such as the Leica models, the Panasonic S-series and Sigma’s own, new FP model. The Sigma 45mm F2.8 DG DN is light, compact and weatherproof. It is not very bright, but light and good.
​Click on the product for specifications, prices and test results.

Sigma is a manufacturer that likes to take the path less traveled with unusual designs. Just think of the Foveon cameras, with their unique sensor and design. The Sigma 45mm F2.8 DG DN is not that strange but still quite unique. Recently, we have seen a few new 40mm lenses (including one from Sigma itself), but a new 45mm lens? That’s been a while. That five millimeters does not seem like much relative to the more common 50 mms, but it makes the lens slightly more wide angle. This gives you a slightly more spacious image. The relatively low brightness is even more striking than the field of view. Where f/1.2 no longer seems that unusual today, this lens has a brightness of f/2.8. That of course ensures a compact build, although it is not as small as, for example, the Sony Sonnar T* 35 mm f/2.8 ZA. According to Sigma, this lens has a high image quality that is suitable for 50 megapixels and more. And you can more easily achieve that quality easier if the lens does not have to be that bright. 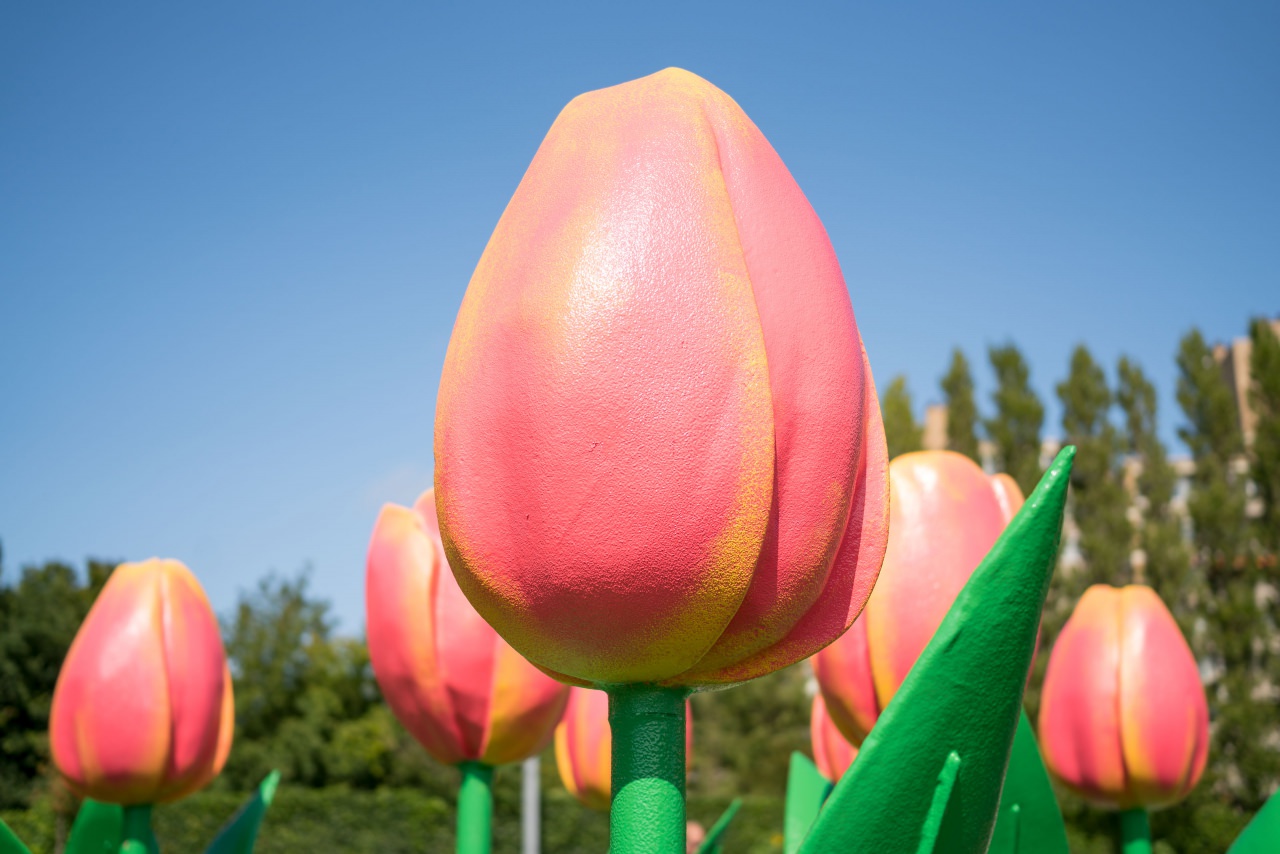 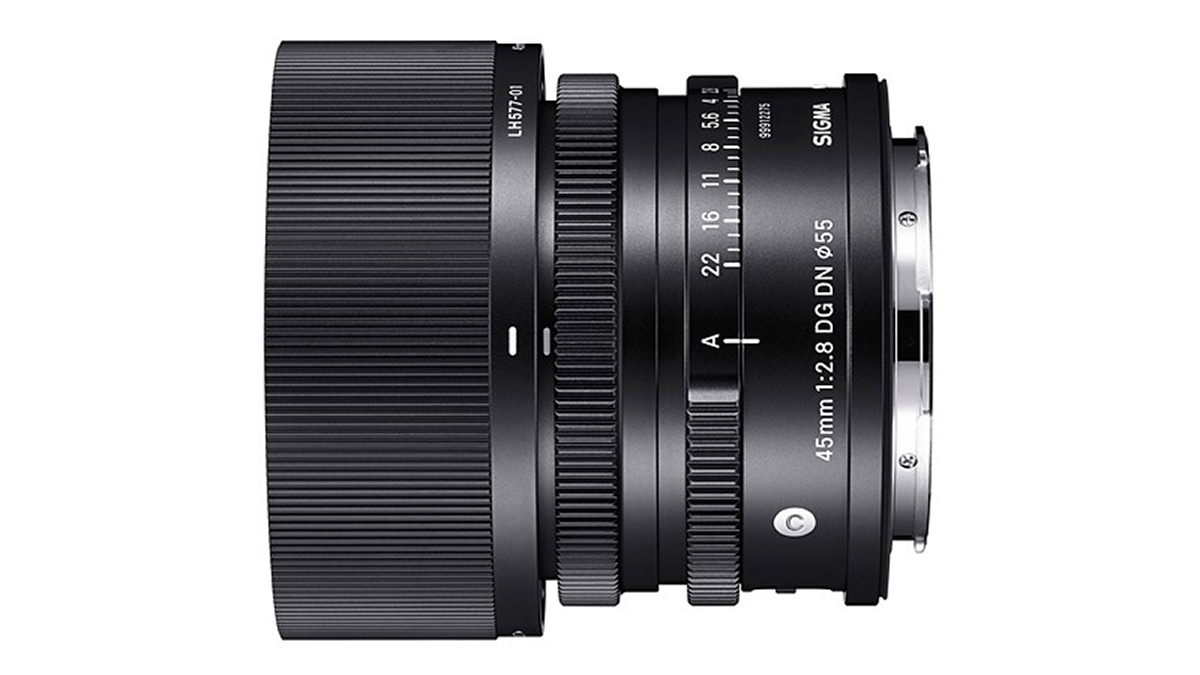 The Sigma 45mm F2.8 DG DN has a body that is entirely made of metal. That makes the low weight of just 215 grams all the more remarkable. Even the lens hood is made of metal. Incidentally, that lens hood can also be mounted backwards on the lens for transport. The optical design is fairly simple with 8 elements in 7 groups. The aperture has only 7 blades. The lens has both a focus ring and a separate aperture ring. Both have teeth that give the lens the appearance of a cinema lens. However, they do not seem intended for follow-focus systems in camera rigs. The manual focus also does not have hard stops at infinity or close up. It would have been extra nice if that had been the case, and it would actually fit well with the “back to basics” look of this lens. The toothed setting rings do make the lens feel robust. The aperture ring is not clickless and cannot be made clickless. That is striking, because that is the case with the new Sigma 35mm f/1.2 DG DN Art, for example. With that switch and a linear manual focus, this could have been a perfect cinema lens. The lens is not only sturdy, but also weatherproof, thanks to the gaskets that keep moisture and dirt out. The lens has an AF/MF switch to switch between autofocus and manual focus and an A-position on the aperture ring. This lets the camera take over the aperture setting. The autofocus is handled by a fast and quiet stepper motor. That’s reasonably fast and, perhaps more importantly, very accurate with hardly any variation (1%!) when you repeatedly focus on the same subject. The shortest setting distance is 0.24 m, which results in a maximum magnification of 0.25x.

Of course, you expect no less than excellent performance from a standard lens with an initial brightness of f/2.8 at full aperture. If we look at the RAW scores, it seems as if that is not the case, but that is mainly because the Sigma gets much better after stopping down to f/4 or f/5.6. The sharpness is already very good at full aperture. And if you stop down one or two stops, the results will even be excellent. With the corrections in jpeg, the Sigma 45mm F2.8 DG DN achieves very high scores at every aperture with hardly any gradient from the center to the corners. An f/2.8 45 mm may not seem like an ambitious design, but if you look at the results, you can see that Sigma has set the bar very high. Any trace of chromatic aberrations is also eliminated in the RAW correction, and the files therefore look very clean.

Some vignetting is visible with the Sigma 45mm F2.8 DG DN, although less than one stop at full aperture is of course not very much in the absolute sense. We are talking, though, about a value that is already corrected in the camera. Stopping down brings that value down a little further, and if you want to get rid of it almost completely, you can turn on the lens correction in Lightroom. Then the vignetting becomes practically zero.

Remarkably enough, the Sigma 45mm F2.8 DG DN also suffers from pincushion-shaped distortion of around two percent. We can measure that the uncorrected RAW file has this distortion, but in practice, you do not notice it as a user. The lens is designed to be used with the lens corrections, and with those corrections, the distortion is virtually 0. Theoretically, correcting the distortion costs a bit of sharpness, but on the other hand, if you can design a sharper lens when you have the distortion eliminated by software, then the end result might be better in the latter case. If we look at the scores of this lens, then we have absolutely no problem with Sigma’s choice.

WHAT DOES DG DN MEAN?

Lens names are usually composed of a large number of abbreviations. Fortunately, that’s not so bad with Sigma:

DG means that a lens is designed for the highest possible image quality on a camera with a full-frame sensor. You can also use them on an APS-C camera with what’s called a crop factor, but lenses without DG cannot work on full-frame cameras.

DN means that a lens is designed for a system camera without a mirror, so that the rear lens element is much closer to the sensor. The Sigma 45mm F2.8 DG DN is a DN lens and is therefore made for system cameras. 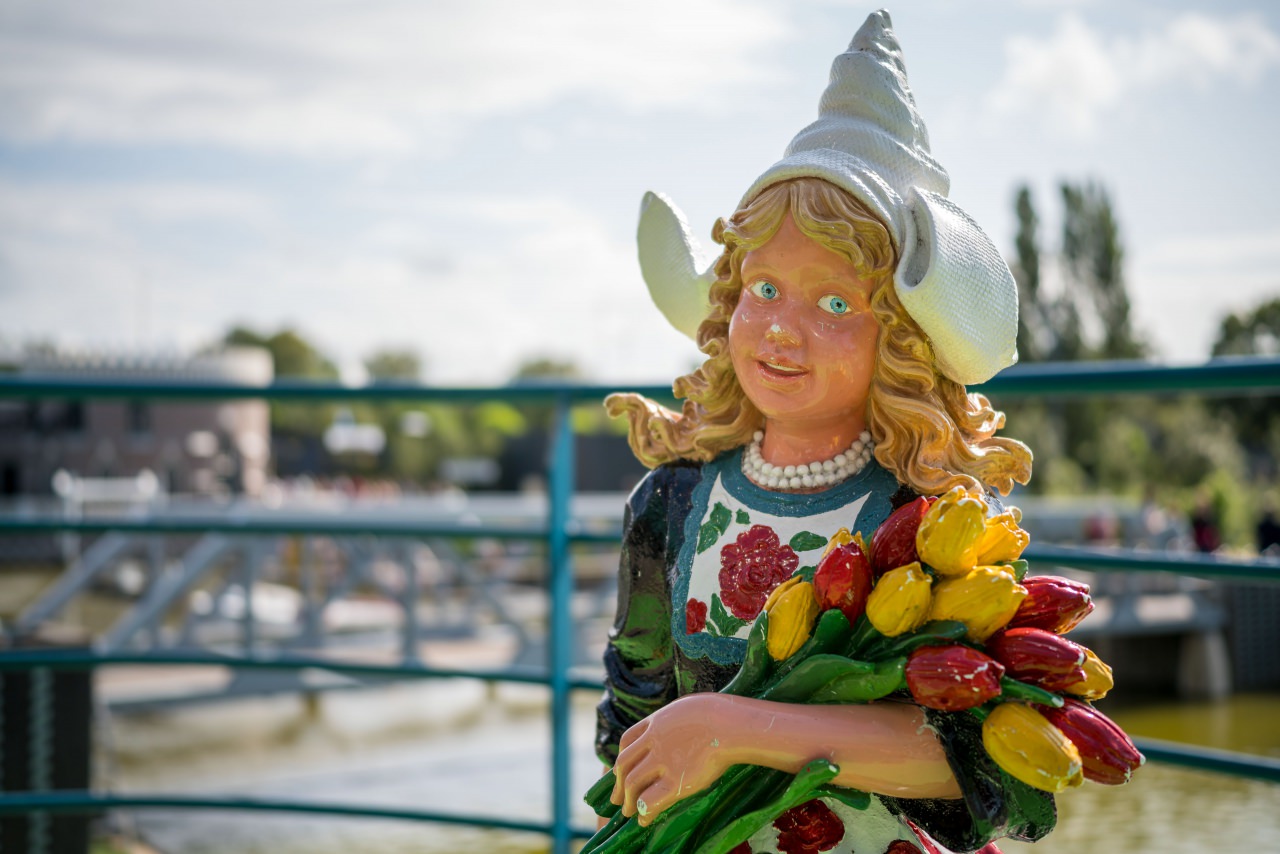 Over the years, camera manufacturers have more or less been playing leapfrog when it comes to popularity and ultimate image quality. Among the photographers who strive for the best of the best, it is relatively common for them to switch to a different camera brand because it has become better than the brand they had originally chosen. How nice it would be if you could continue to use your own trusted lenses! Sigma offers the possibility to convert your lens to a mount from another brand, for a fee. At the moment, the full-frame sensors of the Sony system cameras score very high. Suppose you want to switch to an L-mount camera in a few years: then you can have the Sony FE mount on the Sigma 45mm F2.8 DG DN replaced with an L-mount for a relatively modest fee.

Curious about the performance of the Sigma 45mm F2.8 DG DN in practice? Click on the button below and visit our renewed web gallery with sample images. The images can be downloaded in full resolution to be viewed at 100%. 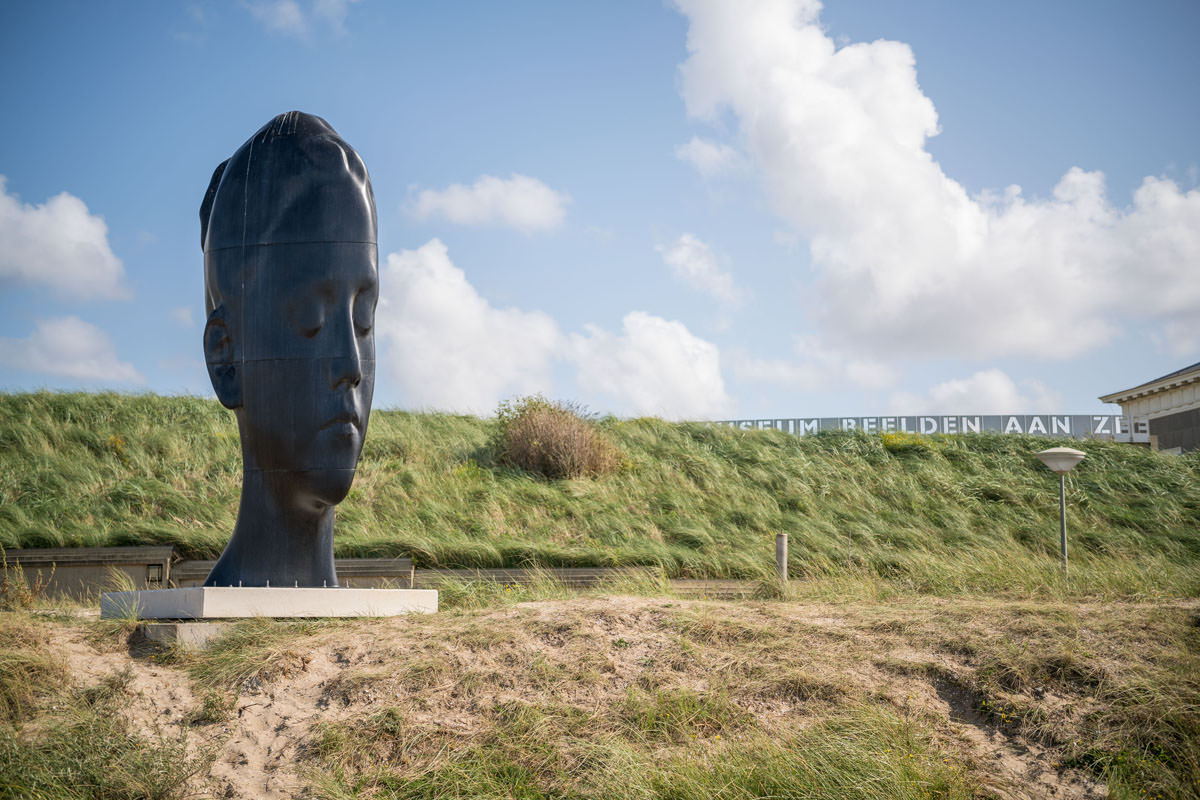 The Sigma 45mm F2.8 DG DN is a lens that allows you to impress with image quality.

The Sigma 45mm F2.8 DG DN is a compact and relatively light standard lens. It is not a lens for which you can brag about the brightness, but it is a lens with which you can impress with image quality. And that is ultimately what counts, we think. Despite the modest brightness, the bokeh is very beautiful, the lens is beautifully finished, and it is a wonderful lens to just take along on picture-taking expedition. The Sigma 45mm F2.8 DG DN is a real lens for purists. The autofocus is fine, but the lens also invites you to take control yourself thanks to the nicely toothed rings for focusing and the inclusion of an aperture ring.