The Sigma 30 mm DN (Digital Neo “) was released in the first quarter of 2012. While Sigma was quick with the introduction of the Four Thirds system, it took a long time before micro-43 Sigma lenses were available. Fortunately change has come. Together with the Sigma 19 mm DN, this is the first lens that Sigma releases for the micro-43 or Sony NEX cameras.

For a few hundred dollars Sigma provides, according to our Sigma 30 mm EX DN test, a well-built lens with the same resolution as the famous Panasonic 20 mm. 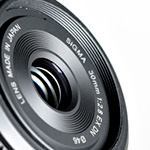 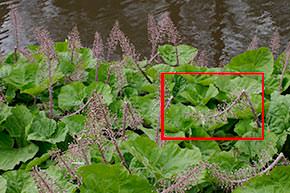 The body is largely made of plastic, so the Sigma 30 mm EX DN is lightweight, but the mount is of metal. There is no distance scale on the Sigma 30 mm EX DN.
Many micro-43 lenses are so small that focusing manually is difficult. But with the relatively broad, ridged focus ring of the Sigma 30 mm EX DN, it is nice to focus manually. For users of polarizing or gradation filters, it is nice to know that the lens does not rotate during focusing.
The Sigma 30 mm EX DN is fitted with a linear autofocus motor, which drives the lens elements directly without gears. This ensures accurate and silent autofocus, which is pleasant when both photographing and filming. Feature of this design is that the internal lenses are loose. If you listen carefully, you can hear it when you shake the lens while it is not connected to a camera.

At full aperture, vignetting is half a stop and sometimes there will be barely visible vignetting. From aperture 4, vignetting is less than a quarter stop. In practice, you will rarely be troubled by vignetting when using the Sigma 30 mm EX DN.

With a barrel-shaped distortion of 0.75%, the Sigma 30 mm 2.8 EX DN scores well. This is not visible to the naked eye in most of the photographs and, if necessary, also controllable afterwards with software. 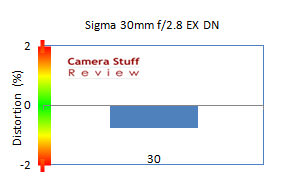 The lens has a rounded 7-blade aperture, which, according to Sigma, creates an attractive bokeh in the blurred areas of the picture.

In our test, the bokeh of the Sigma 30 mm EX DN showed clear rings in the bokeh, which in practice sometimes translates into a troubled background. 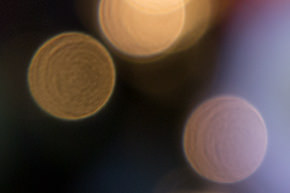 In terms of design, with only 7 elements in 5 groups, you expect little flare. The Sigma 30 mm EX DN therefore comes without lens hood. 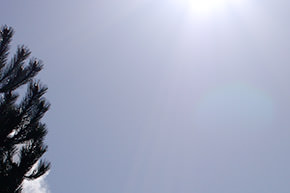 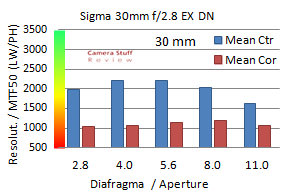 Here is a detail from a photograph taken with the Sigma 30 mm EX DN. 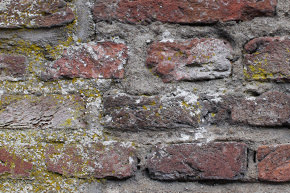 Here is a practical example of chromatic aberration when using the Sigma 30 mm on a micro-43 camera. Left the image with a green dot that indicates the place of the magnification, which is also shown. Software-wise, this is easy to adjust afterwards though. In Lightroom, there is a wide range of lens correction profiles for Sigma lenses (for which ode to Sigma), but during the test no profile was available for this lens yet. 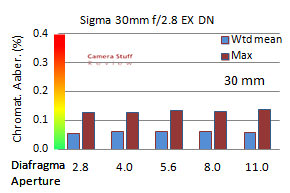 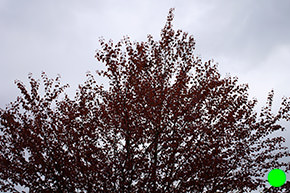 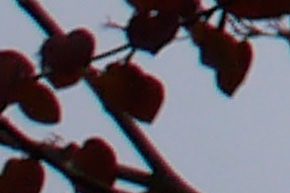