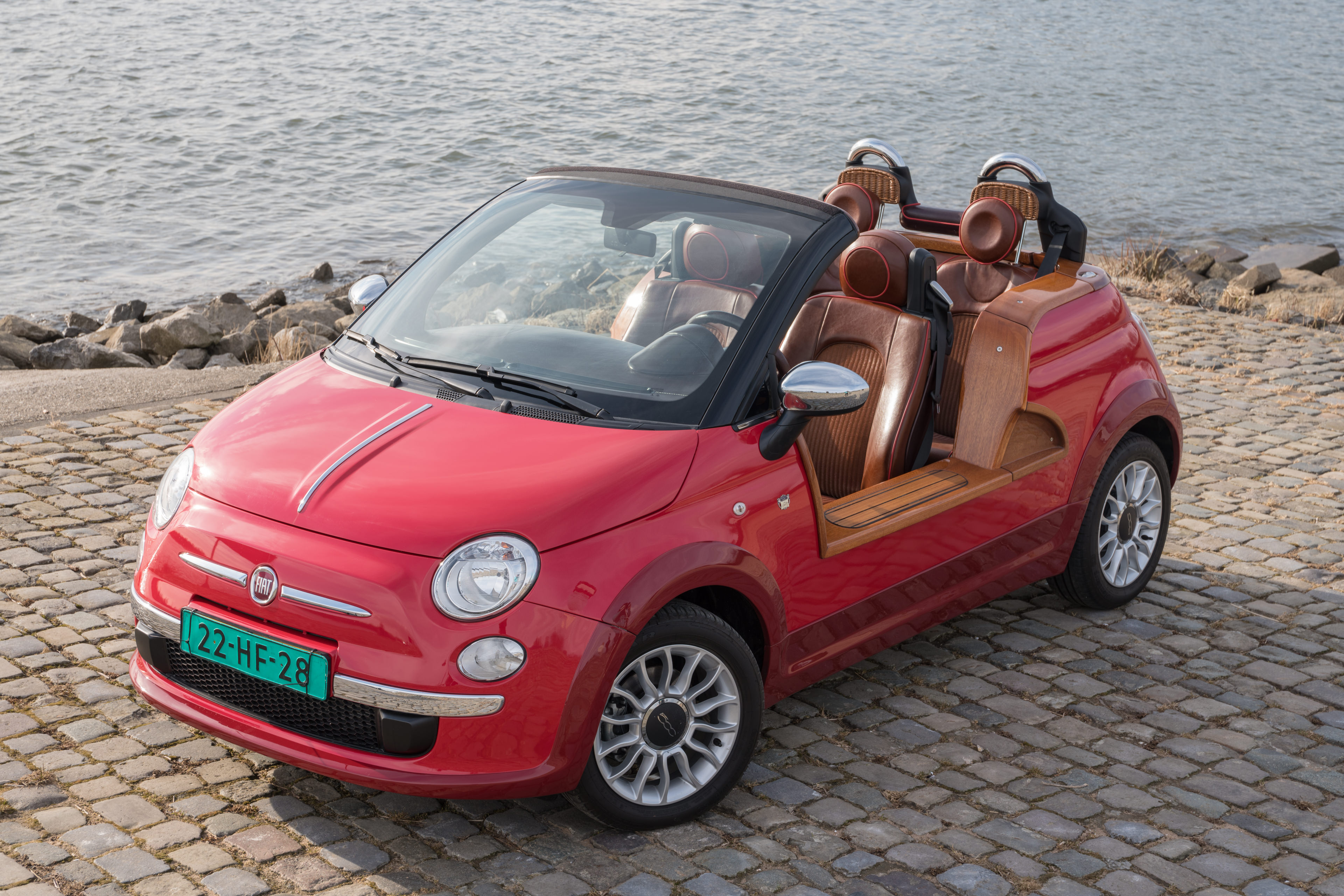 A 24 to 70mm zoom is the standard lens for many photographers. With a range from big wide-angle to a bit of telephoto, you can use this lens for many different types of photography. Especially since it has a high brightness of f/2.8. Then a lens like that is good for almost everything, from landscapes and interiors in the wide-angle position to (travel) documentary, weddings and portraits in telephoto. For many photographers, the 24-70 mm f/2.8 hardly ever comes off the camera. High-quality 24-70 mm lenses with a brightness of f/2.8, however, also carry a stiff price. That’s why many photographers were looking forward to the arrival of the Sigma 24-70 mm F2.8 in the Art series. The Art lenses combine high image quality with a generally very reasonable price. 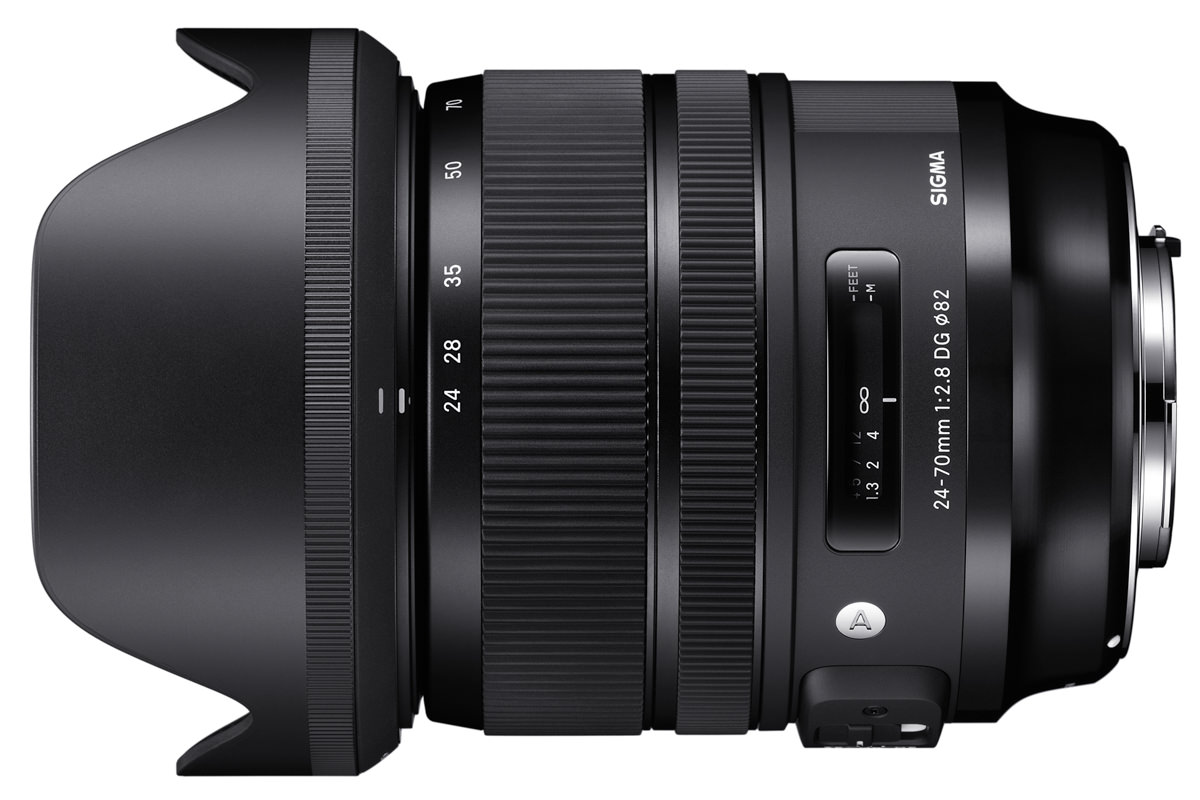 The Sigma 24-70 mm F2.8 DG OS HSM Art is a substantial lens, but that’s pretty much a given for these kinds of lenses. It’s relatively short but quite thick and weighs a little more than a kilo. That makes it one of the heaviest 24-70mms. Only the Nikon 24-70 mm f/2.8 with VR is just slightly heavier. The lens comes with a flower-shaped lens hood. Immediately behind that, you find the broad zoom ring. Behind that, slightly closer to the camera, is the narrower focus ring. Right behind that is a window where you can read the set distance. There are two switches next to the window. One is for the autofocus and has three positions. In AF, only the autofocus works; in MO you can use the autofocus with manual correction, and in MF you can only focus manually. The second switch is for turning the image stabilization on and off. For a long time, image stabilization was an exception on these kinds of lenses, but it’s gradually becoming quite normal, fortunately. The Sigma 24-70 mm F2.8 DG OS HSM Art is weatherproof and has a rubber seal on the mount. That’s how it should be for a lens in this class. 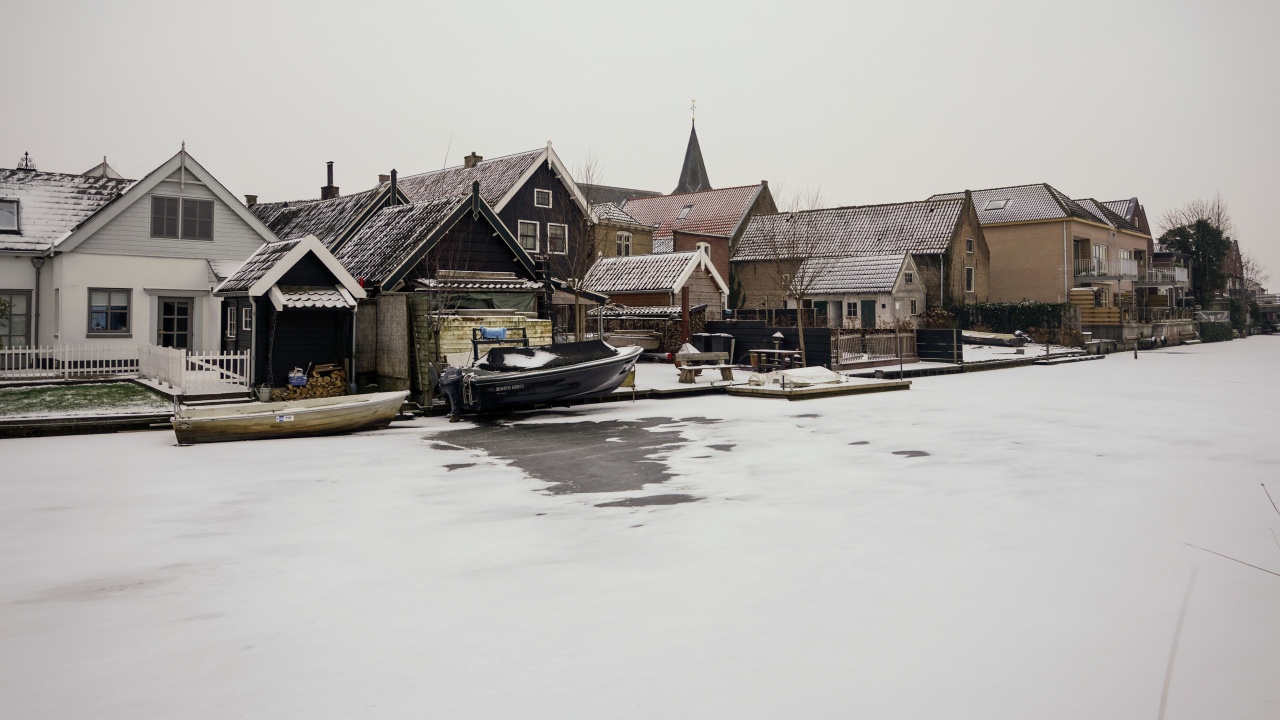 The image quality of the Sigma 24-70 mm F2.8 DG OS HSM Art is generally pretty good. The best this lens can shoot for is the phenomenal quality of the fixed focal lengths in the Sigma Art series. They are almost perfect, so it’s easy to hope that this zoom will come very close to that or at least reach values that are exceptionally good for this type of zoom. However, it’s not as good as the fixed focal points. You see that especially at full aperture. The corners clearly lag behind the center, and that’s actually true across the whole zoom range. Stopping down one stop already brings improvement, and at f/5.6 the lens is just very good over the entire field of view in all zoom modes..

The Sigma 24-70 mm f/2.8 Art benefits from in-camera lens corrections, in any case on the Sony we used for testing this lens. The vignetting is then fairly miinor, with less than one whole stop as the maximum value (at full aperture on 24mm). The same applies for the distortion, and the vignetting is minor. Chromatic aberration is reasonably well suppressed and only slightly visible at the edges of the image in the extreme zoom positions. The 70mm position has a bit more trouble than the 24mm position. But that’s easy to correct in post-processing. In uncorrected RAWS, and therefore in the viewfinder of SLR cameras, you will see a bit more distortion, and there’s some visible vignetting. The vignetting is a maximum of 2 stops at full aperture at 24 mm, and the distortion is 1.5% barrel-shaped in the wide-angle position and ranges to 1% pincushion in the telephoto position. Those are actually pretty great values, but the distortion is certainly visible in shots with straight lines if you don’t make corrections. 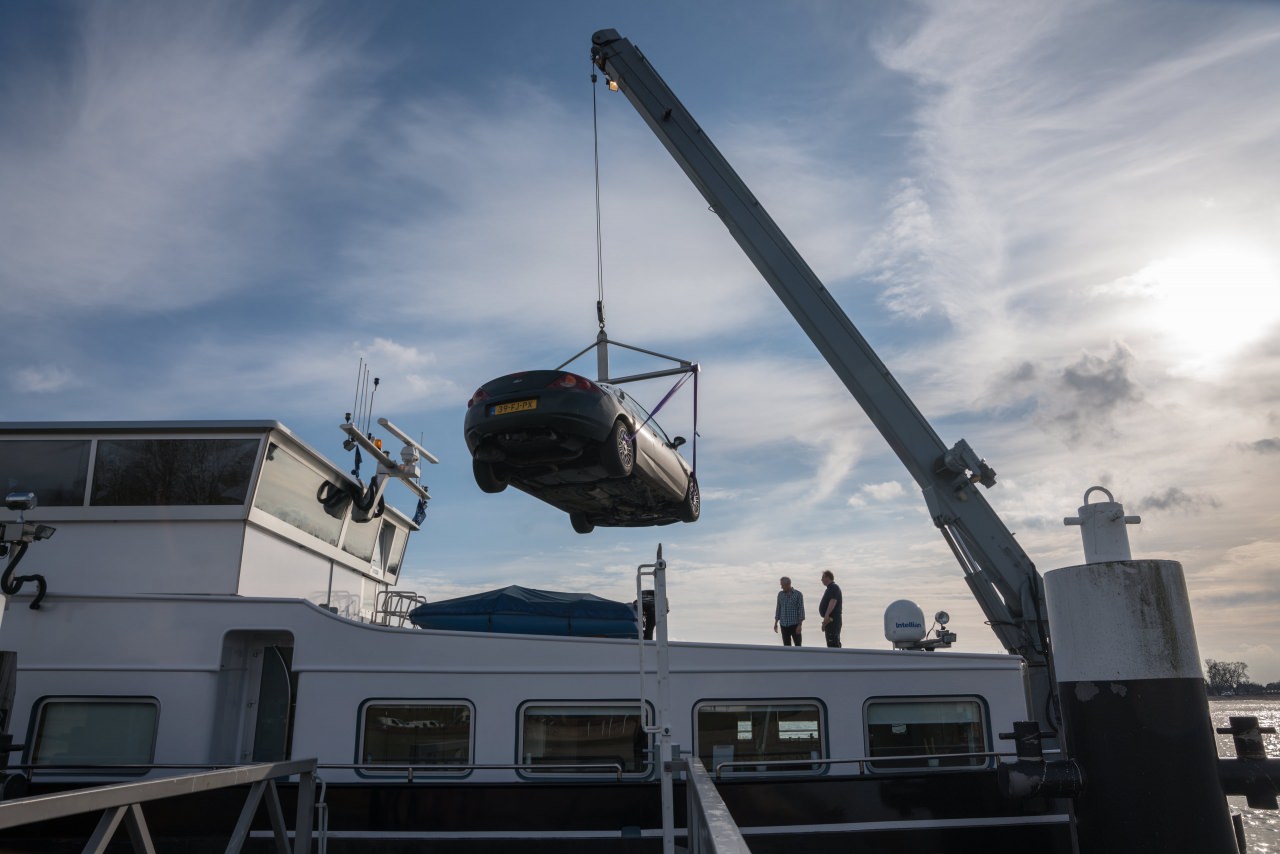 The Sigma 24-70 mm F2.8 DG OS HSM Art has an aperture consisting of nine lamellae. Don’t expect any special bokeh in the wide-angle position, but in the 70mm position it’s not bad. The blur is then fairly soft and nicely even. That is of course helped along by the fact that at full aperture the sharpness to the corners drops off, but every little bit helps. In any case, it’s quite nice for a portrait.

With the older Sigma lenses, the autofocus was sometimes the Achilles heel of otherwise good lenses. The autofocus of the Sigma 24-70 mm F2.8 DG OS HSM Art is fine. The HSM, Hypersonic Motor, has been redesigned and is more powerful than those in the previous generation. The autofocus is quiet, pretty fast and quite accurate. The shortest setting distance is 0.37m, which results in a magnification of 0.21x in the 70mm position. 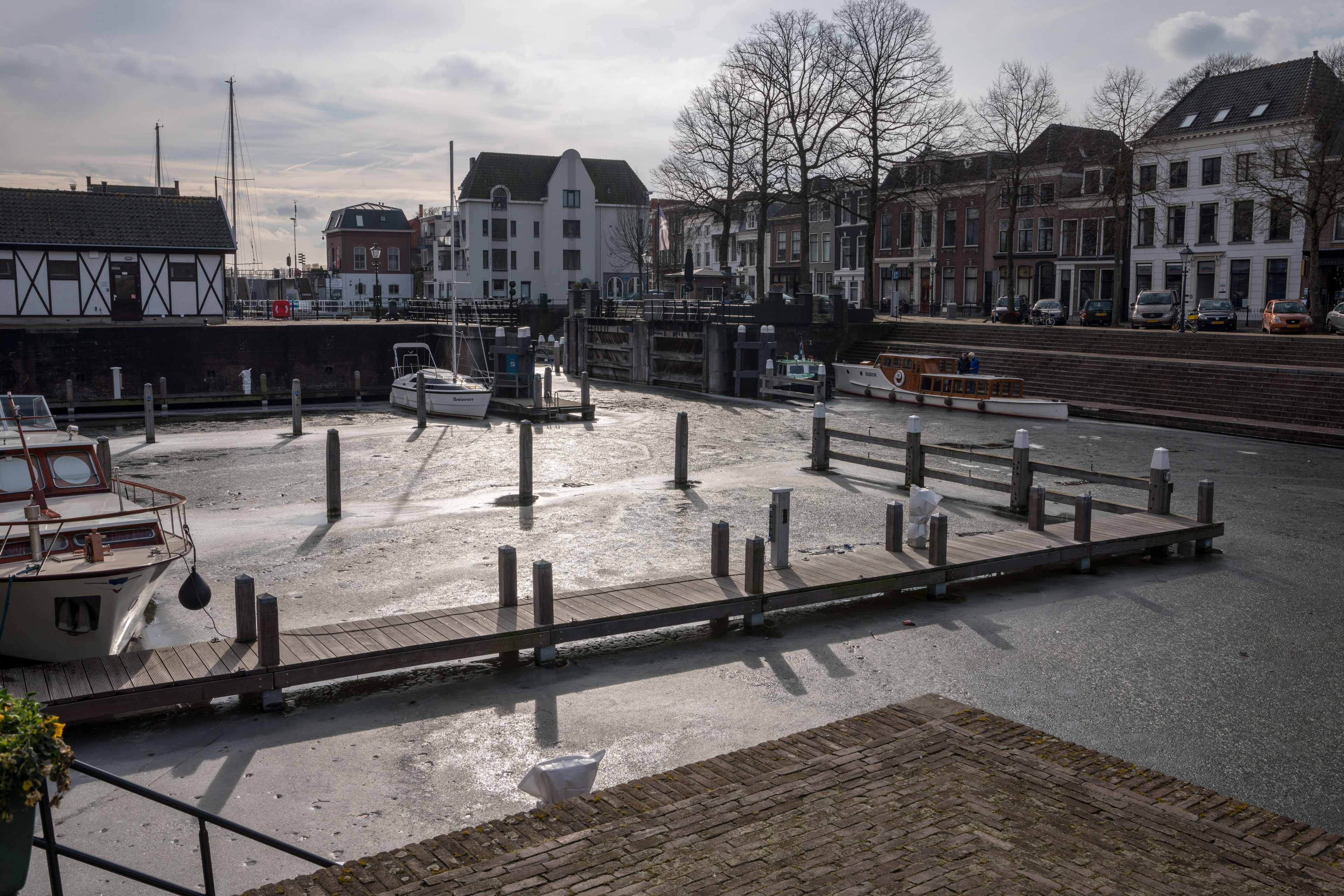 The Sigma 24-70 mm F2.8 DG OS HSM Art is available in Sigma, Canon and Nikon mount, and a version was recently released for Sony E-mount. The Nikon version has an electronic aperture. That works fine on the newer bodies, but not on all older models. You can also use a Canon or Sigma version with Sigma’s MC-11 adapter on a Sony. If you’re considering switching from Canon to Nikon or vice versa, you can also have the mount replaced by Sigma. The Sigma 24-70 mm F2.8 DG OS HSM Art is therefore very future-proof. Sigma also supplies a USB Dock with which you can easily install new firmware and make adjustments to your lens.

The Sigma 24-70 mm F2.8 DG OS HSM Art is a beautiful all-round lens. The sharpness is generally very good, although for the best result you have to stop down one stop. The combination of good image quality, weather resistance and image stabilization ensures that this is an excellent lens for many types of photography and therefore also for many photographers. And that comes at a very attractive price.