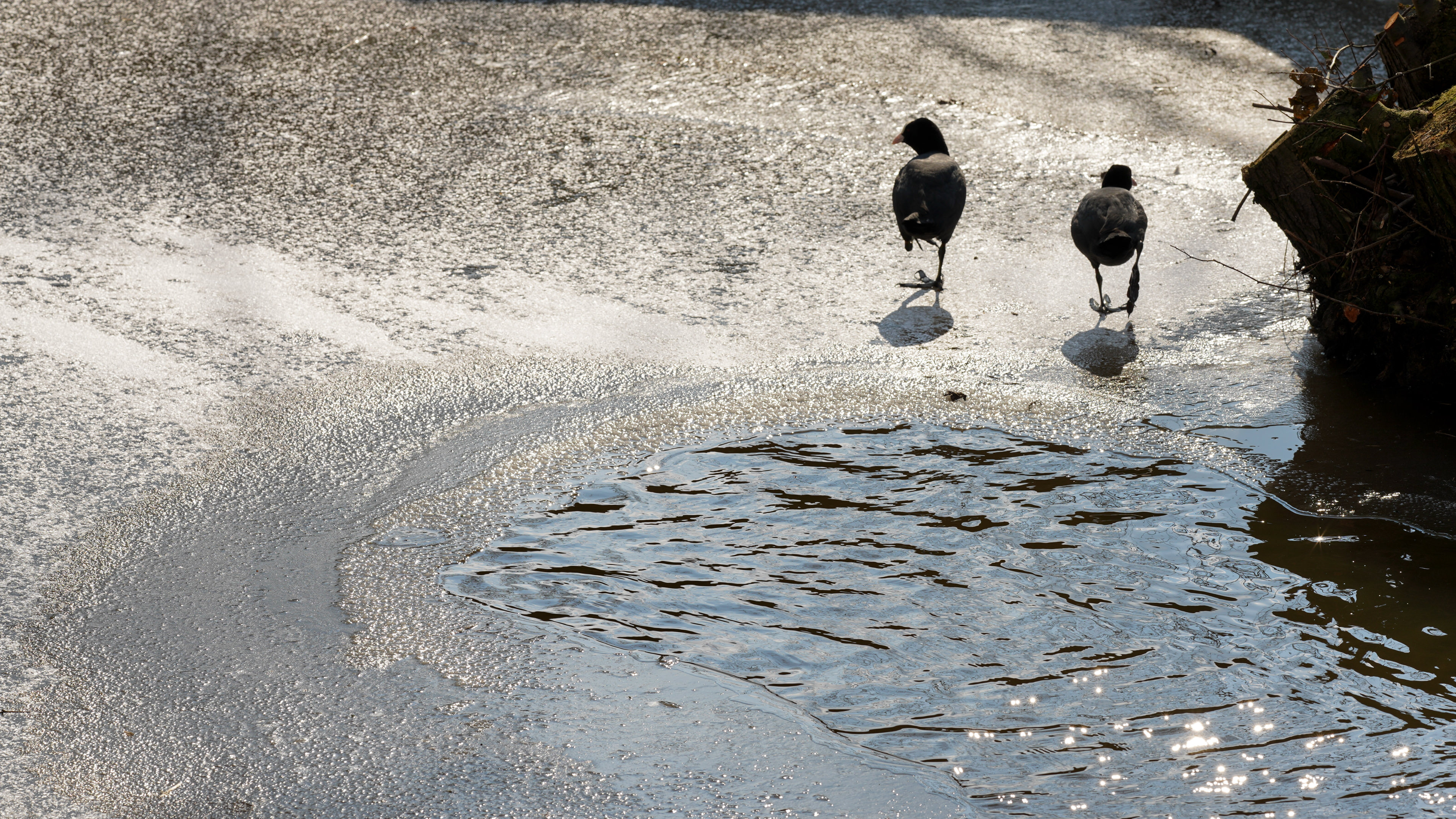 135mm telephoto lenses have a select group of enthusiasts, who enjoy the high image quality of these short telephoto lenses and the corresponding shallow depth of field at f/2.8. The Sigma 135 mm f/1.8 Art raises the bar even higher in terms of brightness. What does that high brightness mean for the bokeh and the image quality? The Sigma 135mm f/1.8 ART is available in Canon, Nikon and Sigma mount. We screwed the latest Sigma Art lens via a Sigma MC11 on a Sony A7R III, to try out this spectacular light giant.
​Click on the product for specifications, prices and test results. 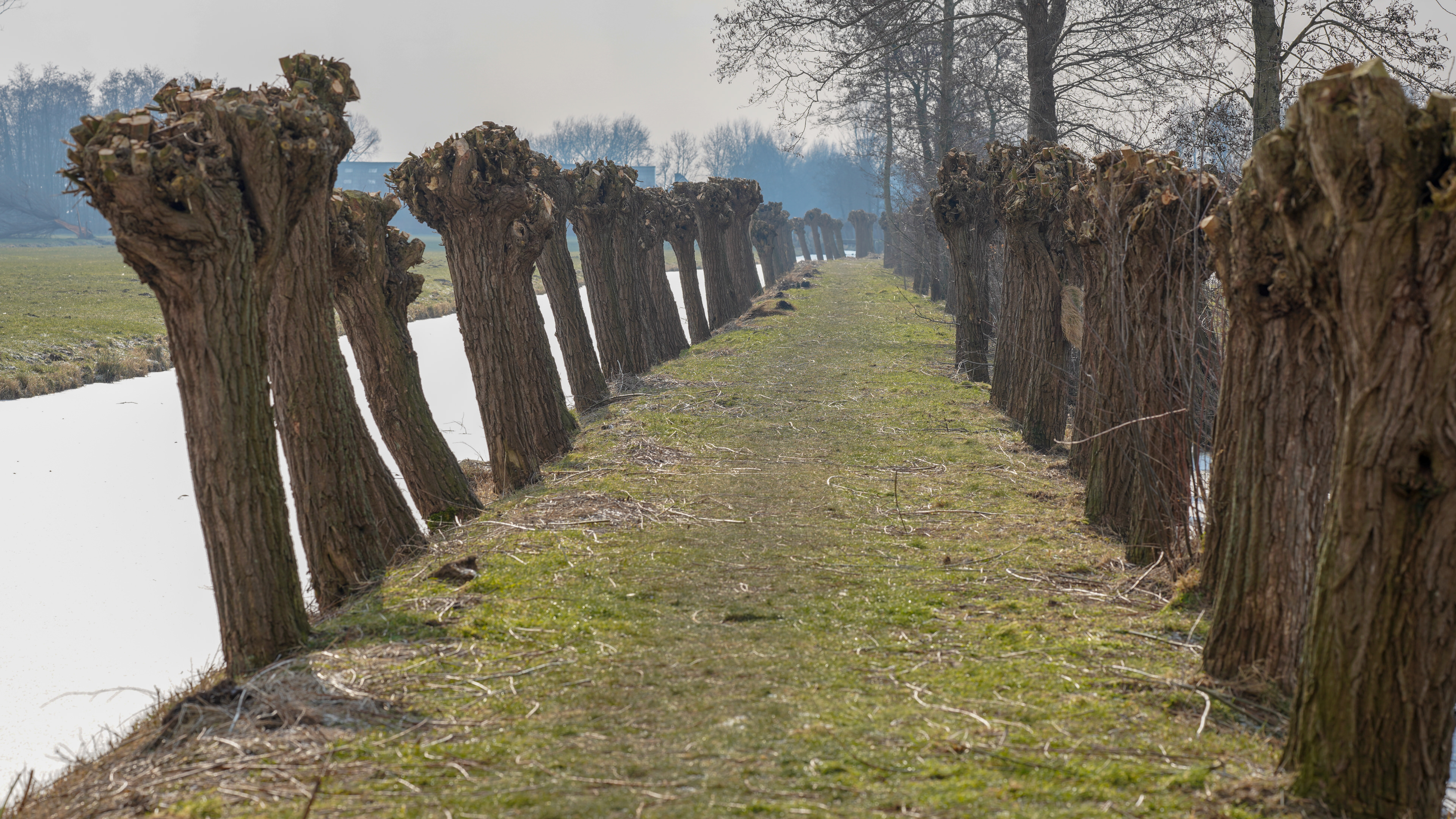 Zoom lenses are getting better. But not as good as this 135mm fixed focal length, which is also much brighter.

With a weight of 1130 grams and an adapter of 2 ounces, the Sigma 135mm f/1.8 is almost twice as heavy as our Sony A7R III test camera. Yet the combination sat quite nicely in the hand. Most likely, that will only get better if you use this Sigma on a professional Canon or Nikon SLR camera. For Sony users, the hand position can still be improved by placing an extra grip under the camera or choosing an A9 with vertical grip.

The reflections in the water show a very limited degree of flare, and if you stop down far enough (this shot was taken at f/8), beautiful sun rays appear around the bright points of light. 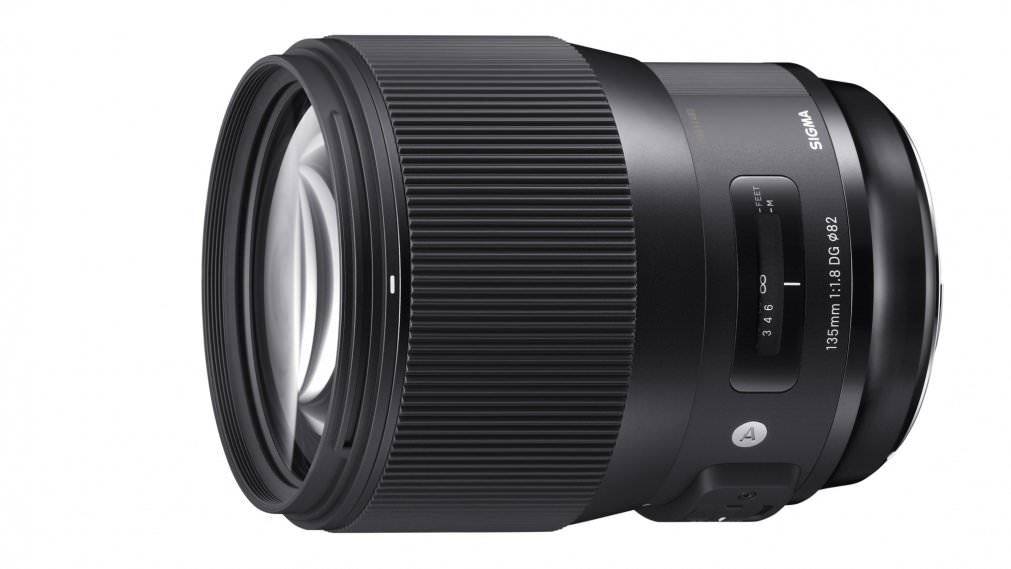 This Sigma 135 mm f/1.8 ART has the same high build quality that we have come to expect from the other Sigma ART lenses. What we are also slowly getting used to is the fact that, especially with the bright versions, the weight and dimensions (82mm filter size!) are not modest. That comes with the package if you want to get the highest quality from modern sensors with lots of megapixels. Everything about the ART lenses is aimed at delivering almost uncompromising picture quality. The lens design consists of 13 lens elements in 10 groups, with 2 high-quality fluorite-like (FLD) lens elements (in yellow) and 2 elements with an extra-high refractive index (SLD in blue). The lens has an HSM (hypersonic) AF focusing mechanism, which – if you want – you can manually overrule and that focuses quickly and accurately. The wide focus ring is comfortable in the hand, and its action is beautifully smooth. Often you won’t even need that, since the repeatability of the focus is better than 5%, which is a very good score. This means that you will hardly have any differences in focus when, for example, you take a whole series of portrait photographs. And that is actually just as important as the maximum image quality. A portrait photo with a very sharp tip of the nose but blurry eyes is really not very useful. The lens also has a window that indicates the set distance. With this you can also check whether the set distance also matches the actual distance. The Sigma 135 f/1.8 ART also has two more switches. One to limit the autofocus range, which is useful if your subject is at a certain, more or less fixed, distance and one to turn off the autofocus so that you can work entirely manually. 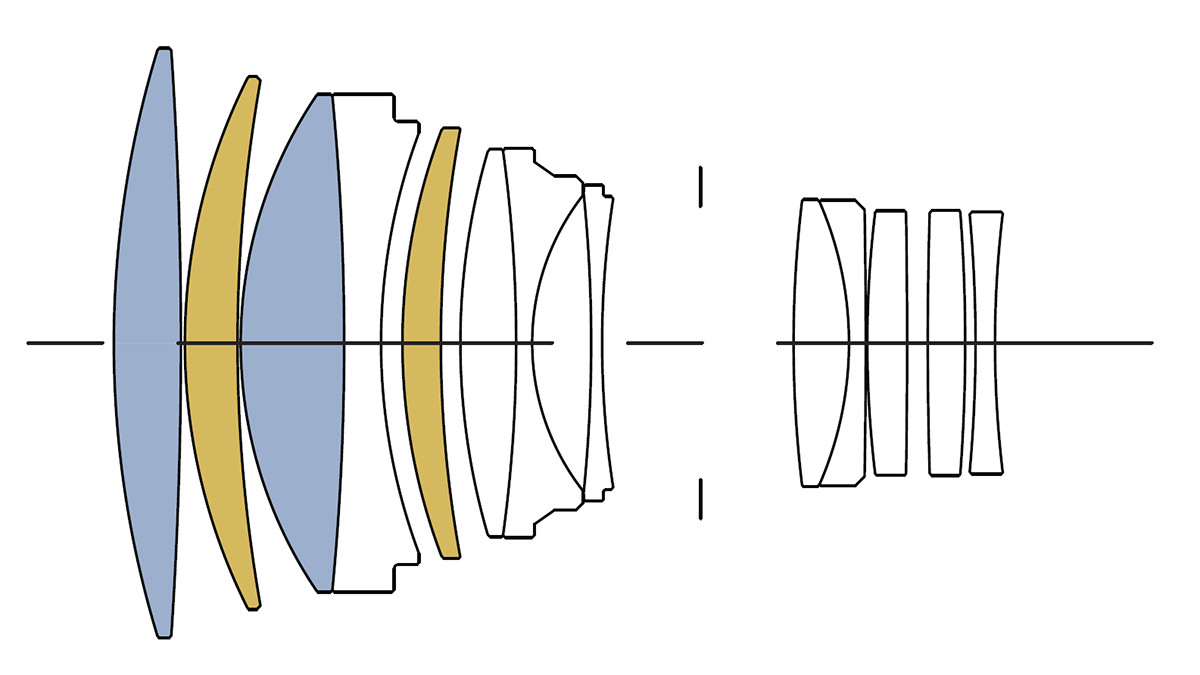 Some manufacturers give a lot of information about the lens design on their websites, such as the calculated MTF charts or the calculated distortion. With Sigma, you can also find such information on the Global Website for the Arts, Sports and Contempoarary lenses. The calculated distortion given on the website corresponds well with the distortion of 0.56% we measured with Imatest. As the picture from Sigma shows, this slight distortion is really only visible in the corners of the image, at more than 20 mm from the center. That’s a nice value.
In practice, even on a camera with a full-frame sensor, you will see even less (read: nothing), because both when opening RAW files in Lightroom or Photoshop and when saving jpg files in the camera, this little bit of distortion is completely corrected. The jpg file of the Sony A7R III showed 0.005%. Even for very critical architectural applications or product shots, this is excellent. 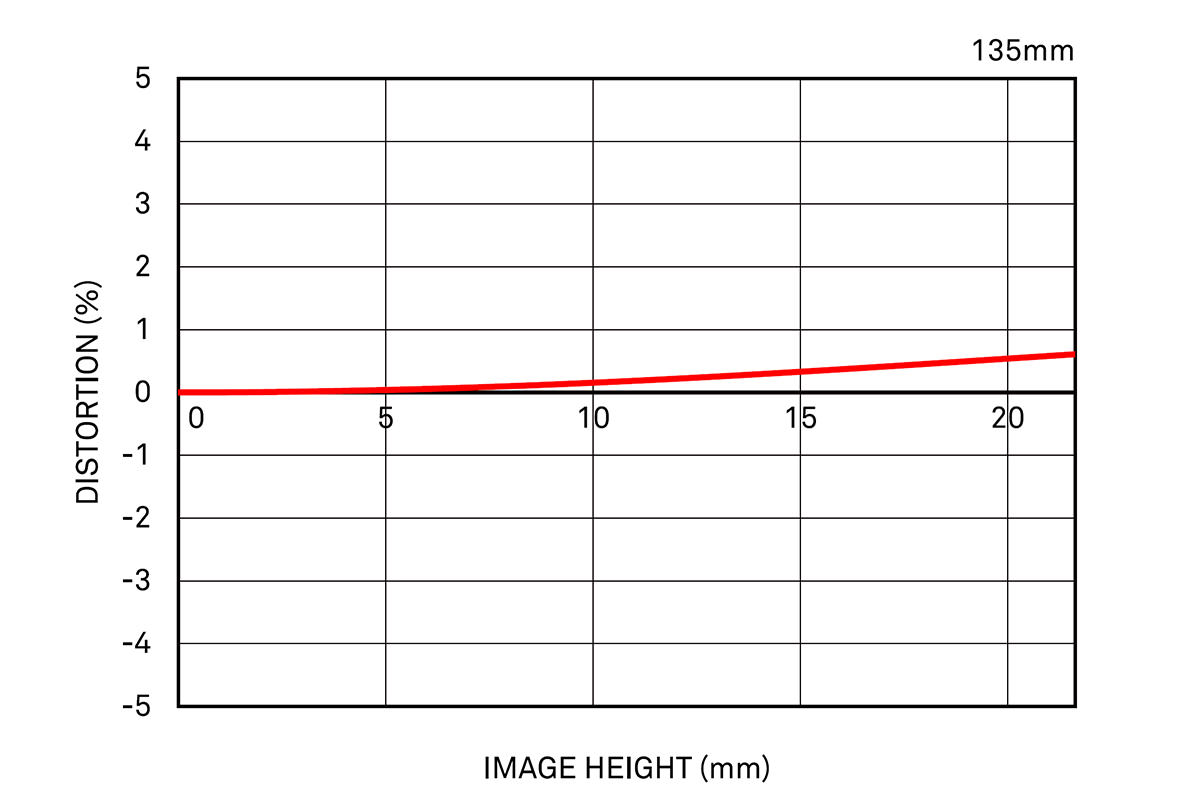 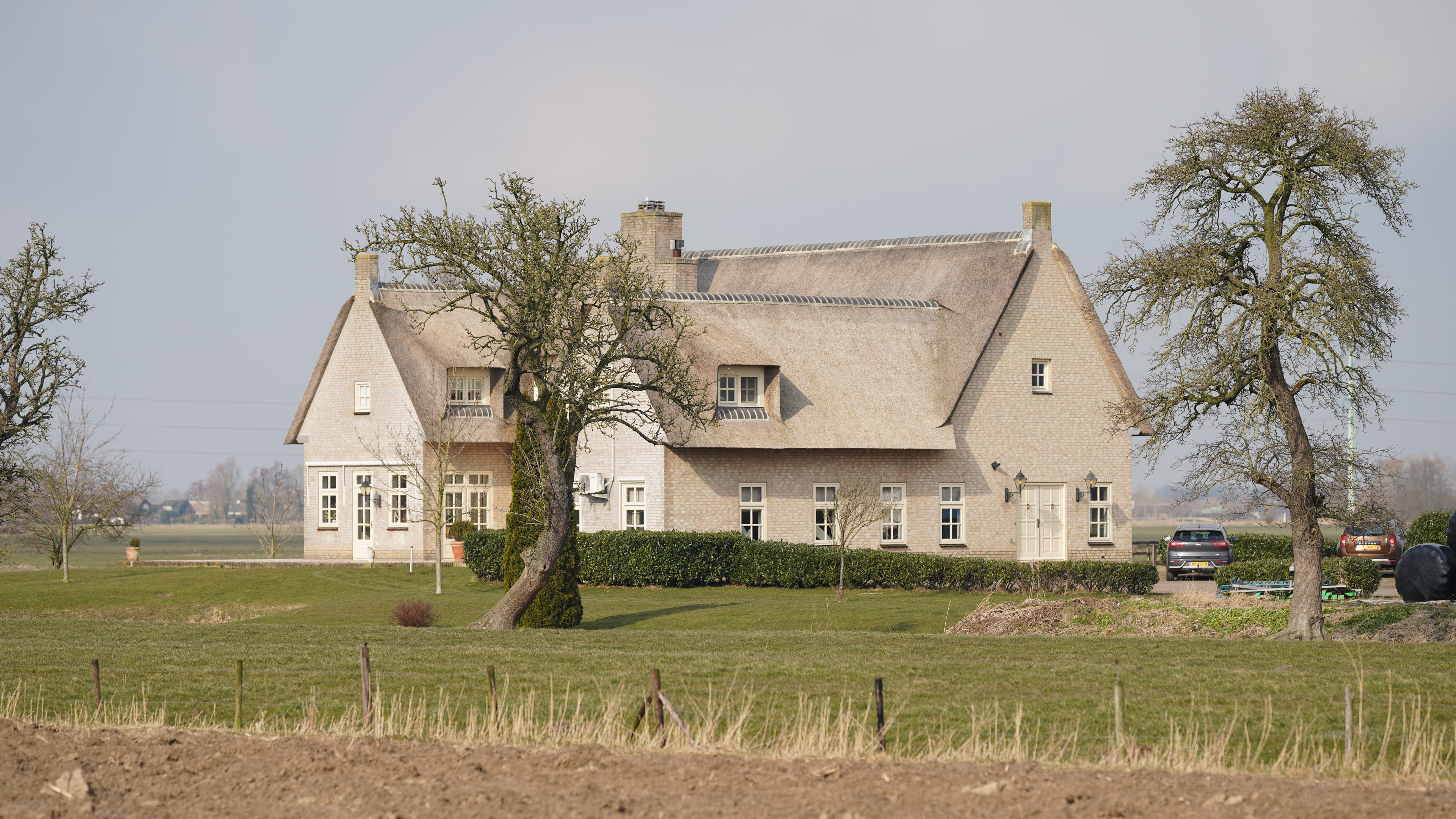 Vignetting in uncorrected RAW files is clearly visible with 1.5 stops at f/1.8, so at full aperture. That is not necessarily a bad thing. Many portrait photographers like to have a natural vignette like that around their subject. If you find it problematic, you can easily reduce it by stopping down. The vignetting has already been halved at f/2.8 and halves again at f/4. In jpg files stored in the Sony A7R III camera, so that some correction has already been done in the camera, the vignetting at f/1.8 was less than 1 stop, at f/2.8 less than half a stop and from f/4 less then a quarter stop. The same applies to RAW files that you open in Lightroom or Photoshop. 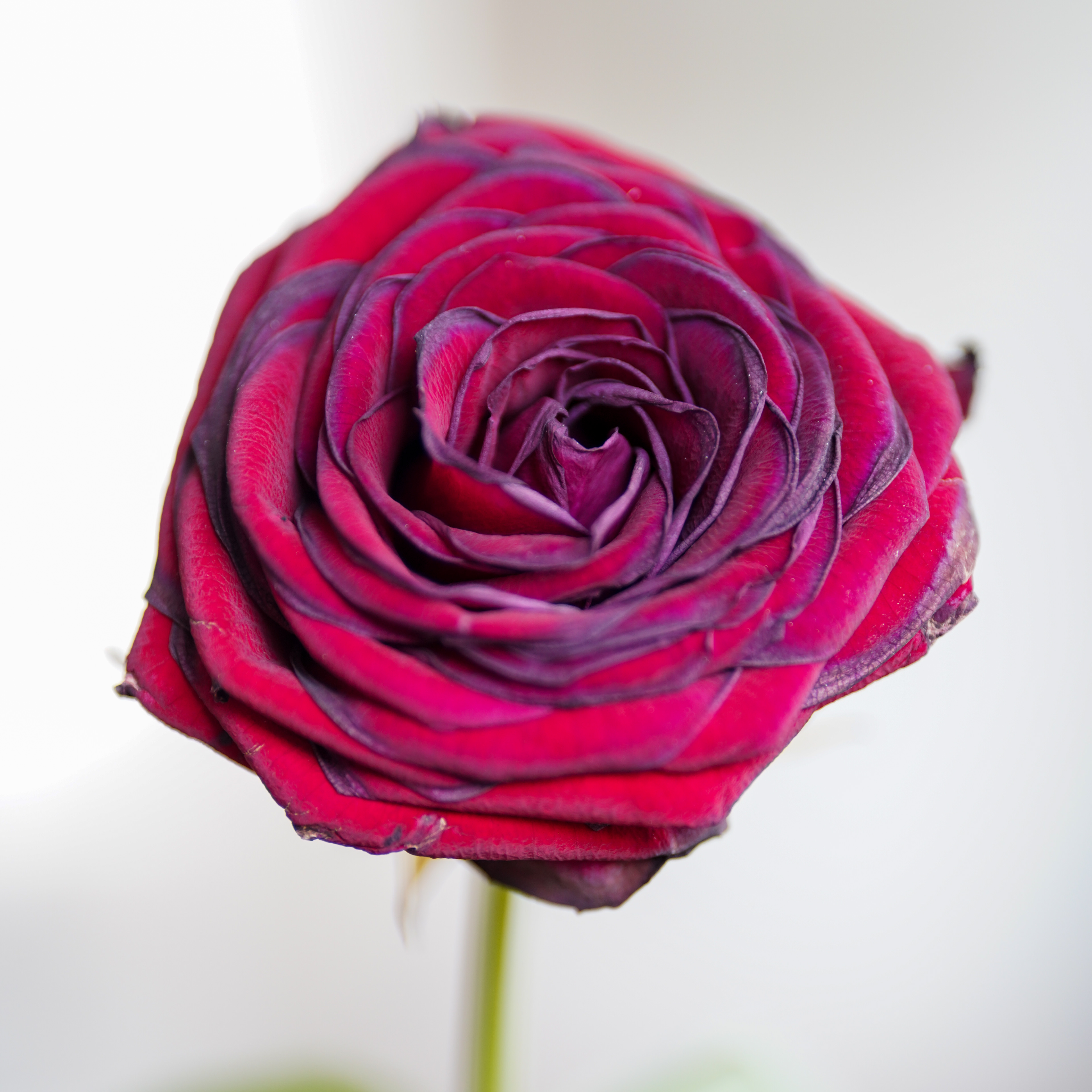 The aperture of the Sigma 135mm f/1.8 Art consists of 9 rounded blades and offers a very, very beautiful bokeh. That applies both in front of and behind the focal plane.

The Sigma 135 mm f/1.8 Art achieves the highest performance of all lenses with a field of view of 135 mm that we have reviewed.

Sigma has in recent years always improved on world records when it comes to brightness. That is remarkable for a manufacturer who, in addition to several high-end lenses with uncompromising optical performance and fantastic build quality (Art series), has also produced a wide range of specialized lenses for action photography (Sports series) and modern, compact, affordable (zoom) lenses (Contemporary series). Perhaps the most remarkable thing is the sublime picture quality at full aperture of the world champions in the field of brightness. First, we were pleasantly surprised by the Sigma 18-35 mm f/1.8 Art (for APS-C) and the Sigma 24-35 mm f/2 (for full-frame) zoom lenses. Over the past year, we have been treated to the Sigma 14 mm f/1.8 Art and the Sigma 135 mm f/1.8 Art. The combination of extremely high brightness and fabulous image quality makes these lenses all highly recommended for those looking for the best. Shots taken at 135mm f/1.8 offer you the ability to go completely nuts creatively and to take pictures with which you can distinguish yourself from everyone else. Buy a Sigma 135mm f/1.8 and indulge yourself.