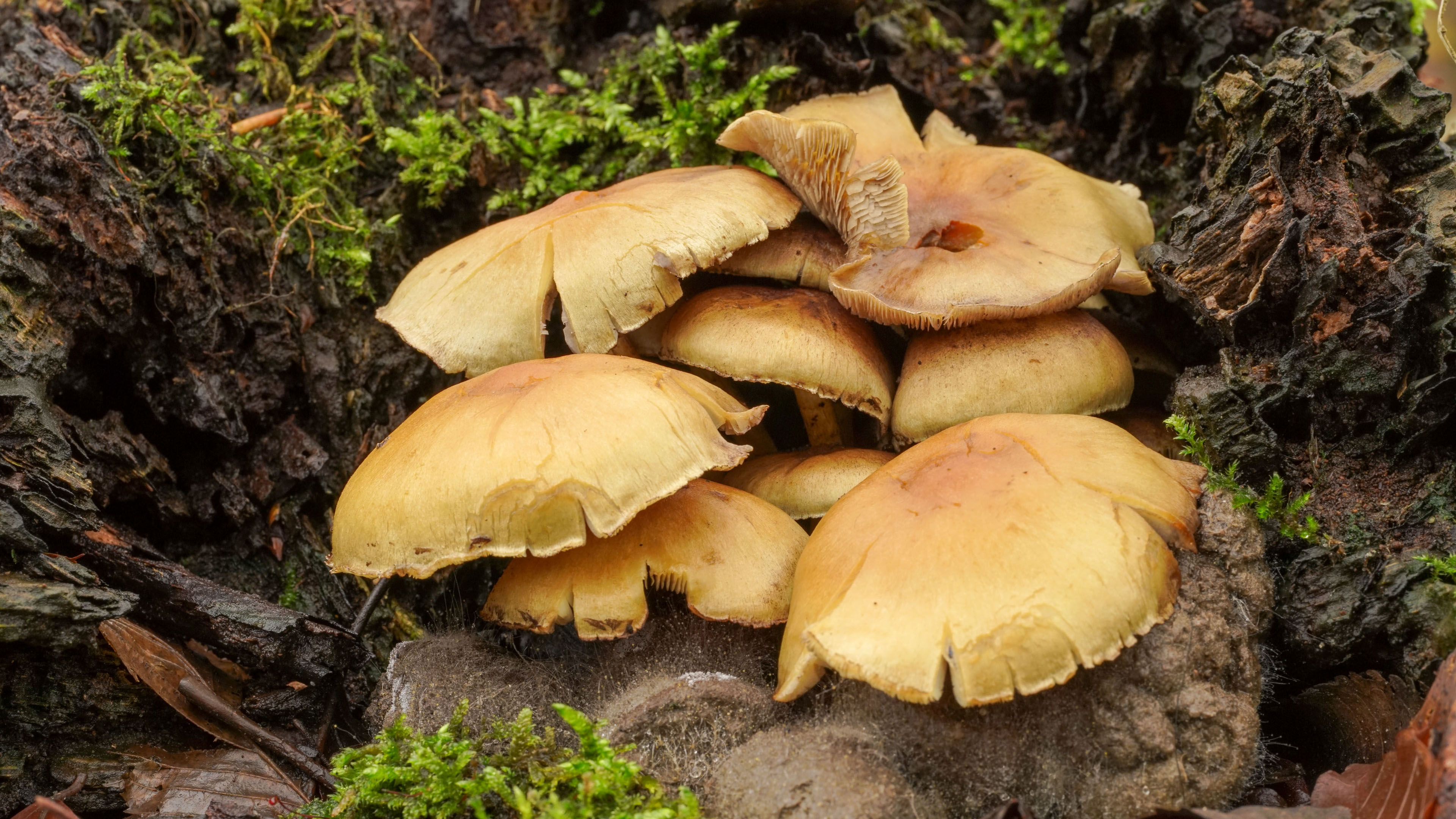 The Sigma 105mm F2.8 DG DN Macro is a new macro lens that has been specially developed for mirrorless cameras with an L- or an E-mount. It is a lens in Sigma’s prestigious Art line. 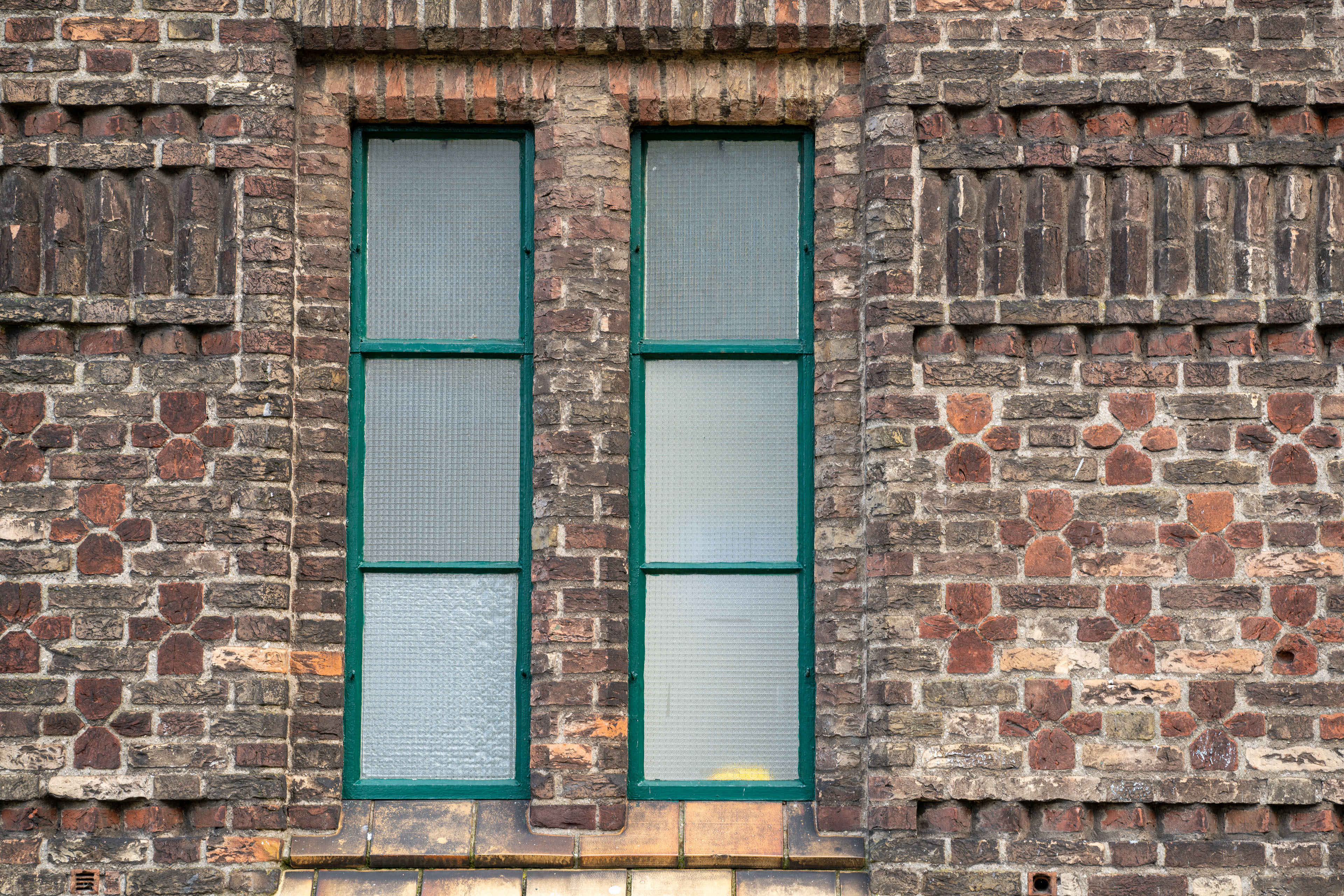 The Sigma 105mm F2.8 DG DN Macro is a new macro from Sigma that is designed for full-frame mirrorless cameras and available in E and L mount. It is available for Sony E cameras and L cameras from Panasonic, Leica and Sigma itself. Incidentally, 1.4x and 2x teleconverters are also available for the L version, which can further extend the range of the lens. The Sigma 105 mm F2.8 DG DN Macro is a lens in the Sigma Art series. That means that it must meet Sigma’s highest optical requirements. That is actually the case anyway with macro lenses. It must also be possible to use a good macro for reproducing photos and documents. That means that it must not suffer from distortion, field curvature or chromatic aberrations. That is only possible if the optical design is very good. 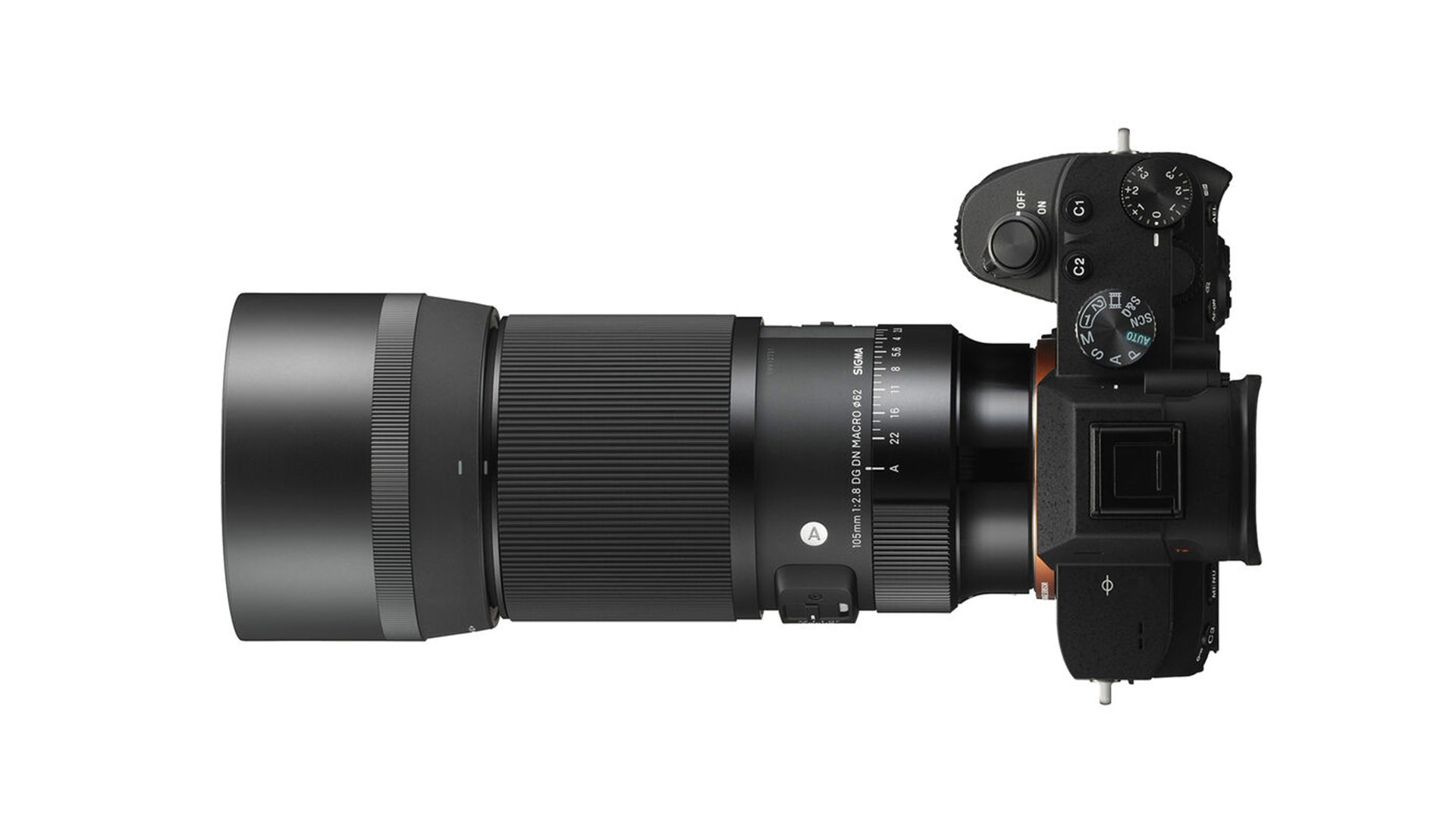 It is a moderate telephoto. For macrophotography, this has the advantage that the working distance in the macro range is still reasonably large. As a result, you will not quickly suffer from screening of the subject, something that is often the case with shorter macros. A 105mm telephoto is also an ideal focal point for portraits. With an F2.8, of course, you will not get as much blur as with the Sigma 105mm F1.4 DG HSM | Art, for example. But even at F2.8, it’s quite a challenge to get a face completely sharp. And everything behind it is already blurred. According to Sigma, the design of the 105mm F2.8 DG DN Macro also pays special attention to the quality of the bokeh. This not only benefits portraits, but of course also when taking macro photos. 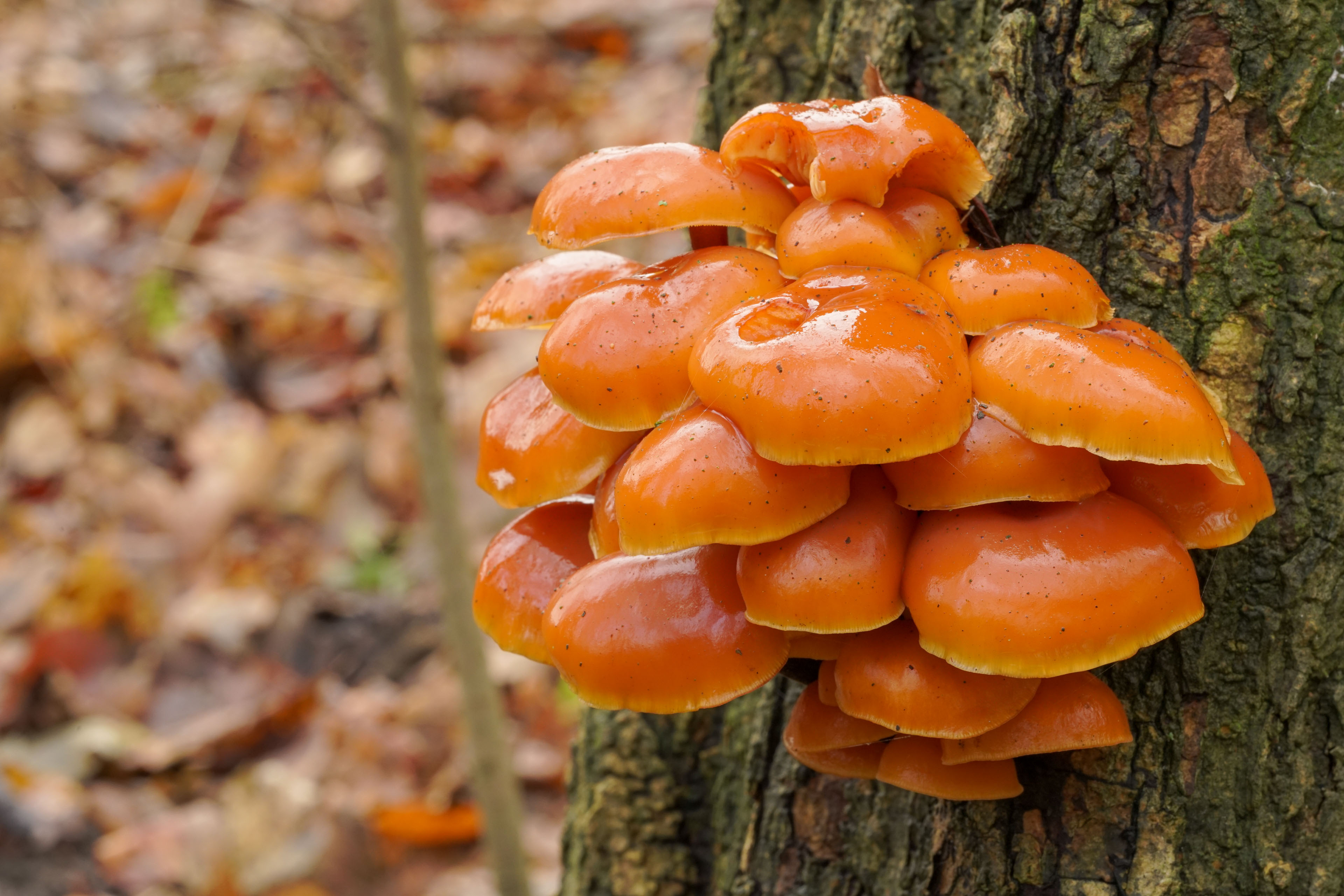 The lens is richly equipped with buttons and switches and also offers a wide focus ring and a ring for the aperture. What it doesn’t have is image stabilization. That was present on the older Sigma 105 mm F2.8 EX DG OS HSM Macro, and the Sony FE 90 mm F2.8G Macro has it. These days, lots of the cameras for which this new macro is suitable do have image stabilization in the camera. Also, traditional image stabilization in the lens is hardly effective at very short shooting distances. It’s a small point, that’s all. On the other hand, the Sigma 105 mm F2.8 DG DN Macro is a lot cheaper than the Sony 90 mm Macro. 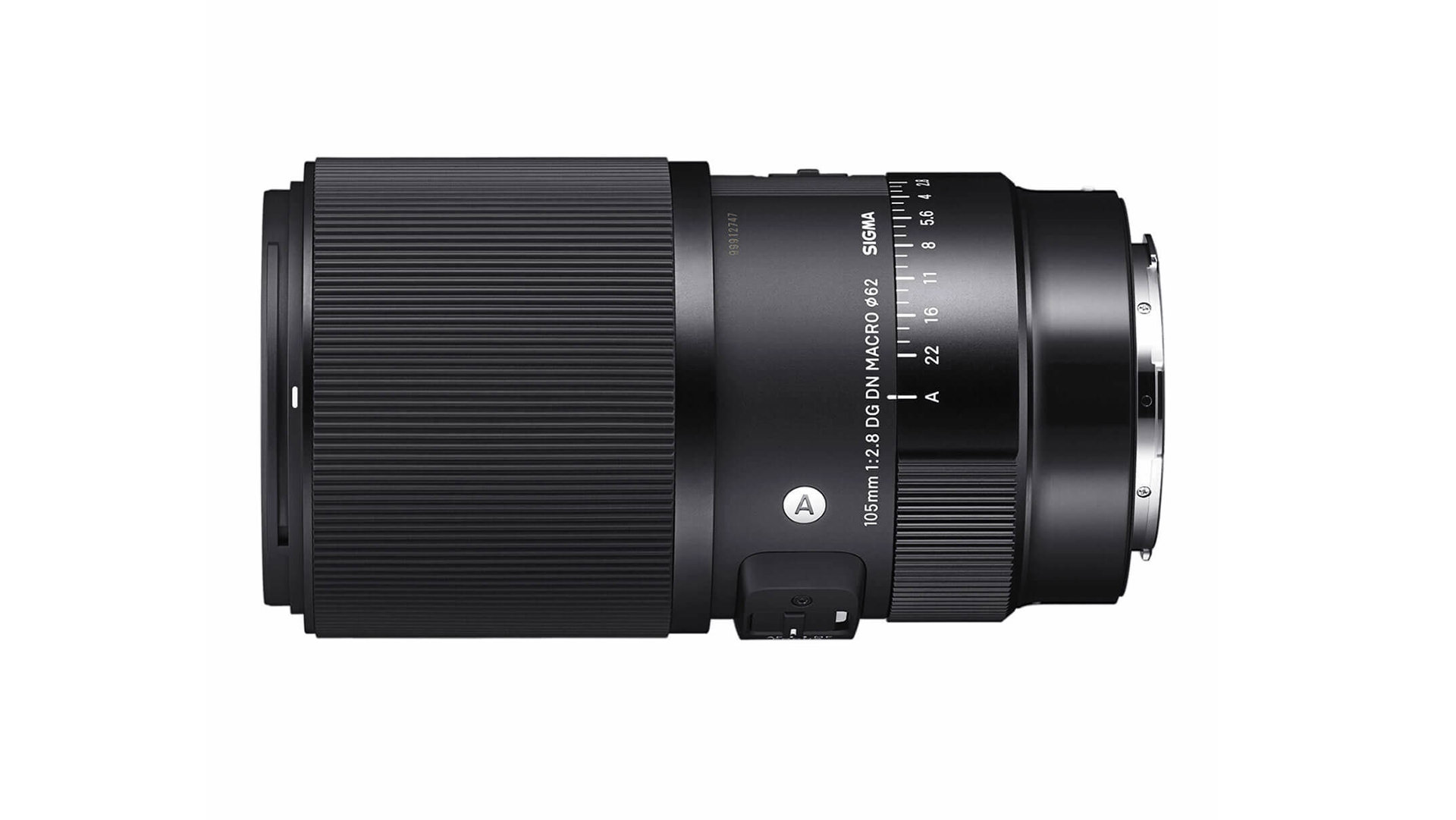 The 105mm F2.8 has a completely new lens design of 17 elements in 12 groups. One of those elements is made of SLD (Super Low Dispersion) glass. At 133mm (Sony E version) or 135mm (Panasonic/Sigma/Leica) in length, the lens is quite big for a 105mm, but that’s not unusual for macros, because they have to have a longer focus arc. The lens fortunately does not get longer during focusing. Compared to the huge Sigma 105 mm F1.4 DG HSM in the Art series, however, it is both a compact and a relatively light lens. It is even quite slim, and the filter size is a not-very-common 62 mm. The Sigma 105 mm F2.8 DG DN Macro is weatherproof, which means that the lens can also be used in bad weather conditions in the field. 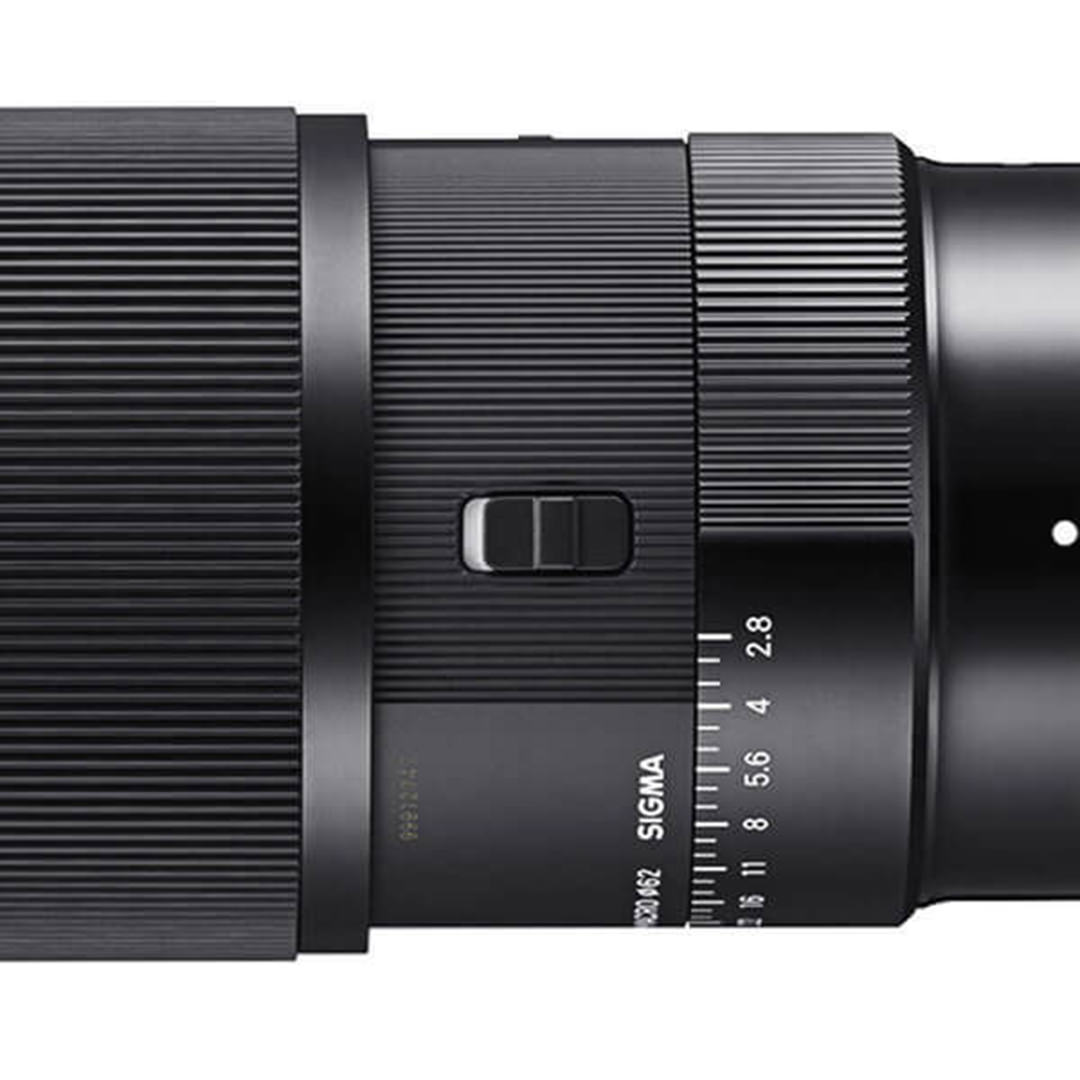 The Sigma 105 mm F2.8 DG DN Macro has a wide focus ring and a relatively wide aperture ring. The aperture can also be set in 1/3rd stops. You can simply adjust the aperture on the camera with the ring in the A position. The aperture ring can also be locked in the A position, which is nice. Another special feature of this aperture ring is that there is a switch on the lens with which it can be made clickless. That’s ideal if you want to film with this lens. In addition to the aperture switch, the lens also has switches for AF/MF and limiting the focus range and a (programmable) AF-L button. The lens comes with a deep lens hood. 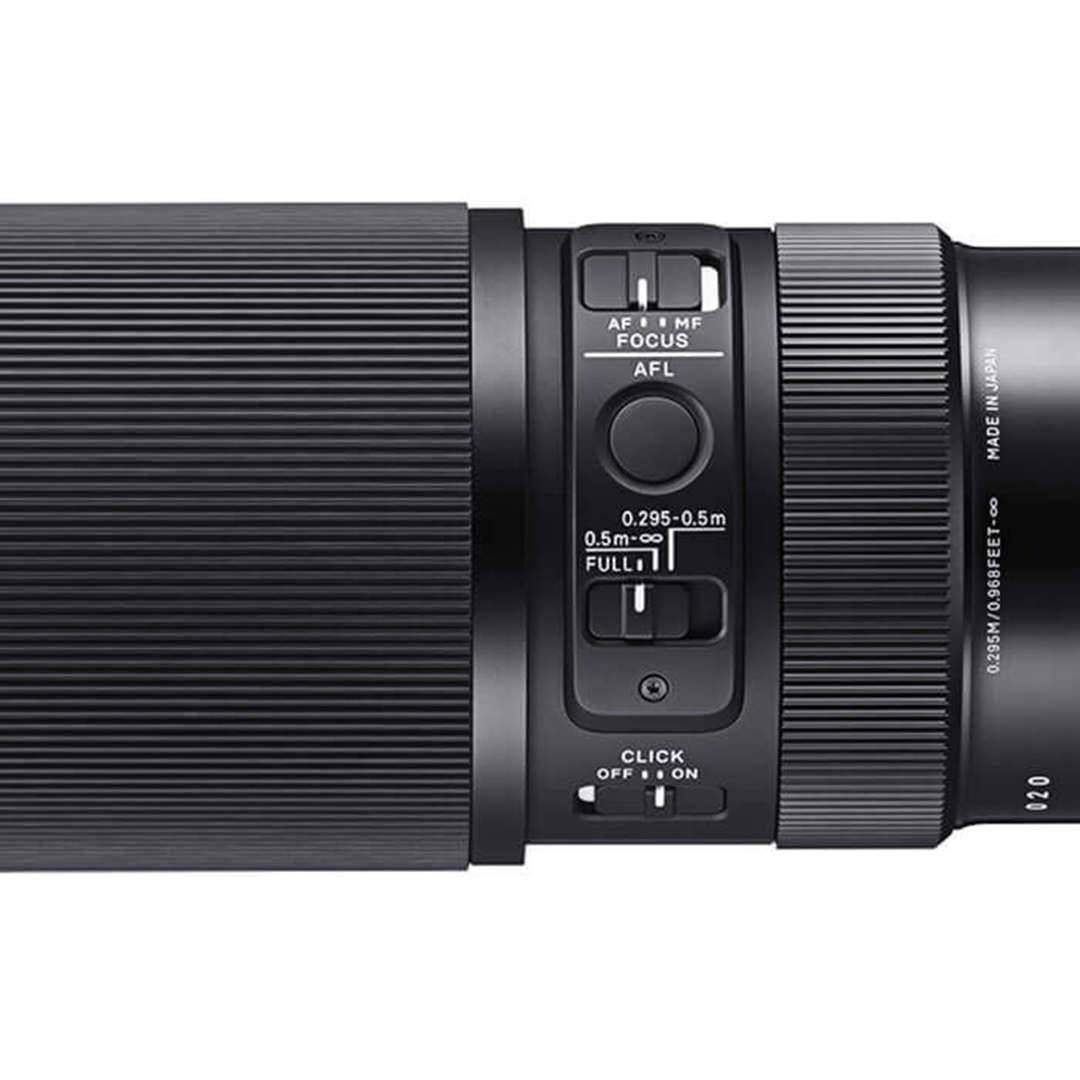 The 105mm F2.8 has an HSM (Hyper Sonic Motor) motor. We know from previous models that they are not completely quiet and that on mirrorless cameras they are accurate and quite fast. The shortest setting distance is 29.5 cm. That’s a wide range. Thanks to the three adjustable focusing zones, you can limit that range. This makes the camera more likely to find the subject and prevents unnecessary searching back and forth. The focus zones are ‘full’, ‘infinity-0.5m’ and ‘0.5-0.295m’. The Sigma also has an AF-L button with which the focusing can be locked. The lens also has an AF/MF switch, so you can easily switch to manual focus. The lens has a very wide focusing ring for this. Manual focusing is entirely focus-by-wire. That means that the focus ring does not directly drive the focus motor; it sends a signal to the camera that you want to focus manually. The manual focus works accurately, but it feels like there is some delay in it. Also, the focus stroke is not linear, rather somewhat dependent on the speed at which you turn the ring. The Sony FE 90mm F2.8G Macro has both a slightly faster autofocus and a focus clutch. This enables manual focus by pulling the focus ring backwards. You then get a direct manual focus with hard stops at infinity and close up. 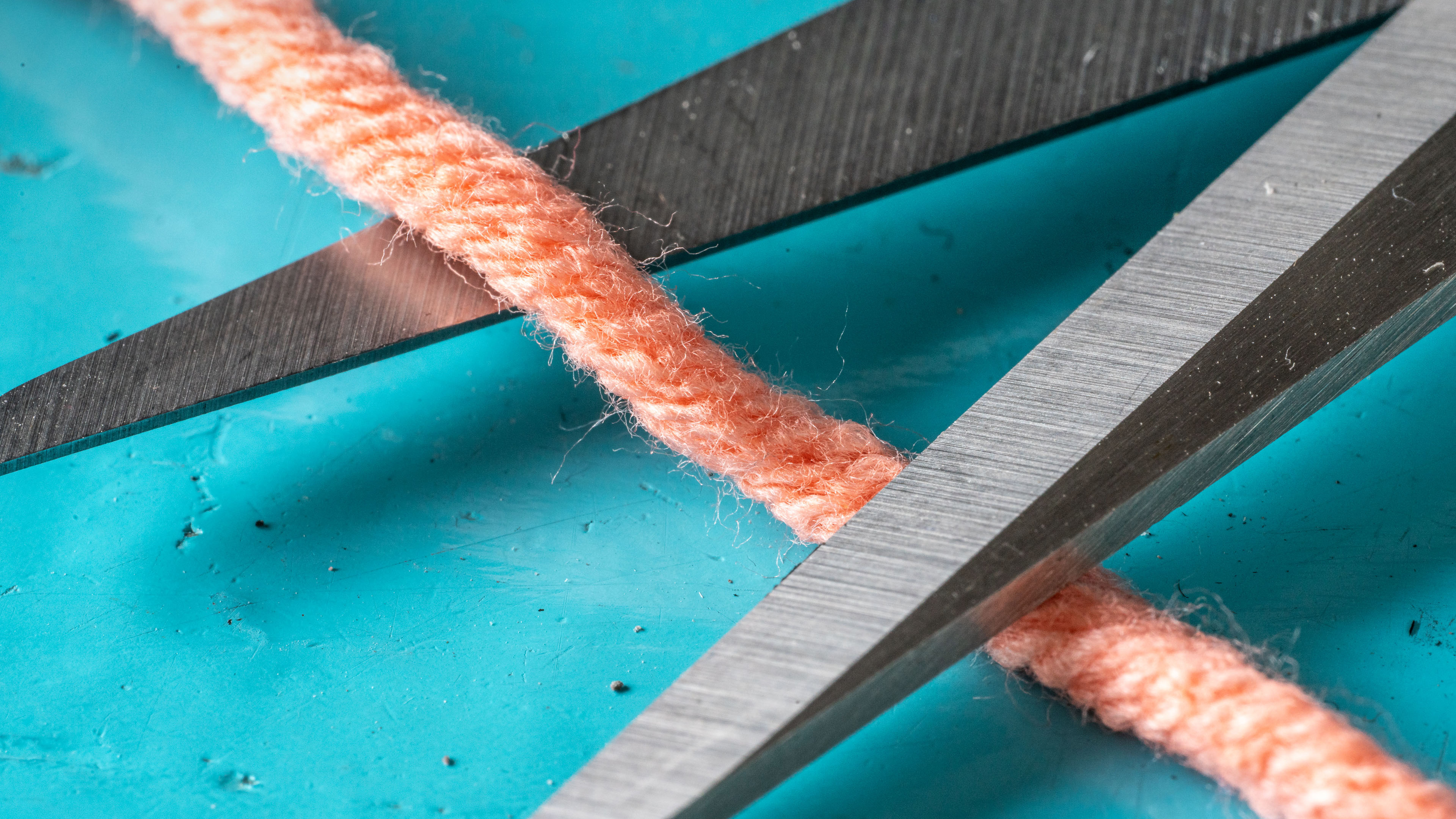 The sharpness of the Sigma 105 mm F2.8 DG DN Macro is high and fully lives up to the Art designation. The lens is already quite good at full aperture and only gets a fraction better with stopping down. The high sharpness ensures that even at F16, where many lenses score significantly lower due to diffraction, you still get good sharpness. And you need those small apertures pretty quickly for macro. The overall sharpness impression is aided by the high contrast and beautiful micro-contrast of the lens. This is one of the best lenses that you can buy for Sony or Panasonic in terms of sharpness. Equally important is that this high sharpness is visible at both infinity and close up. Many non-macro lenses score better at somewhat longer distances than up close, and that is often the other way around for macros. 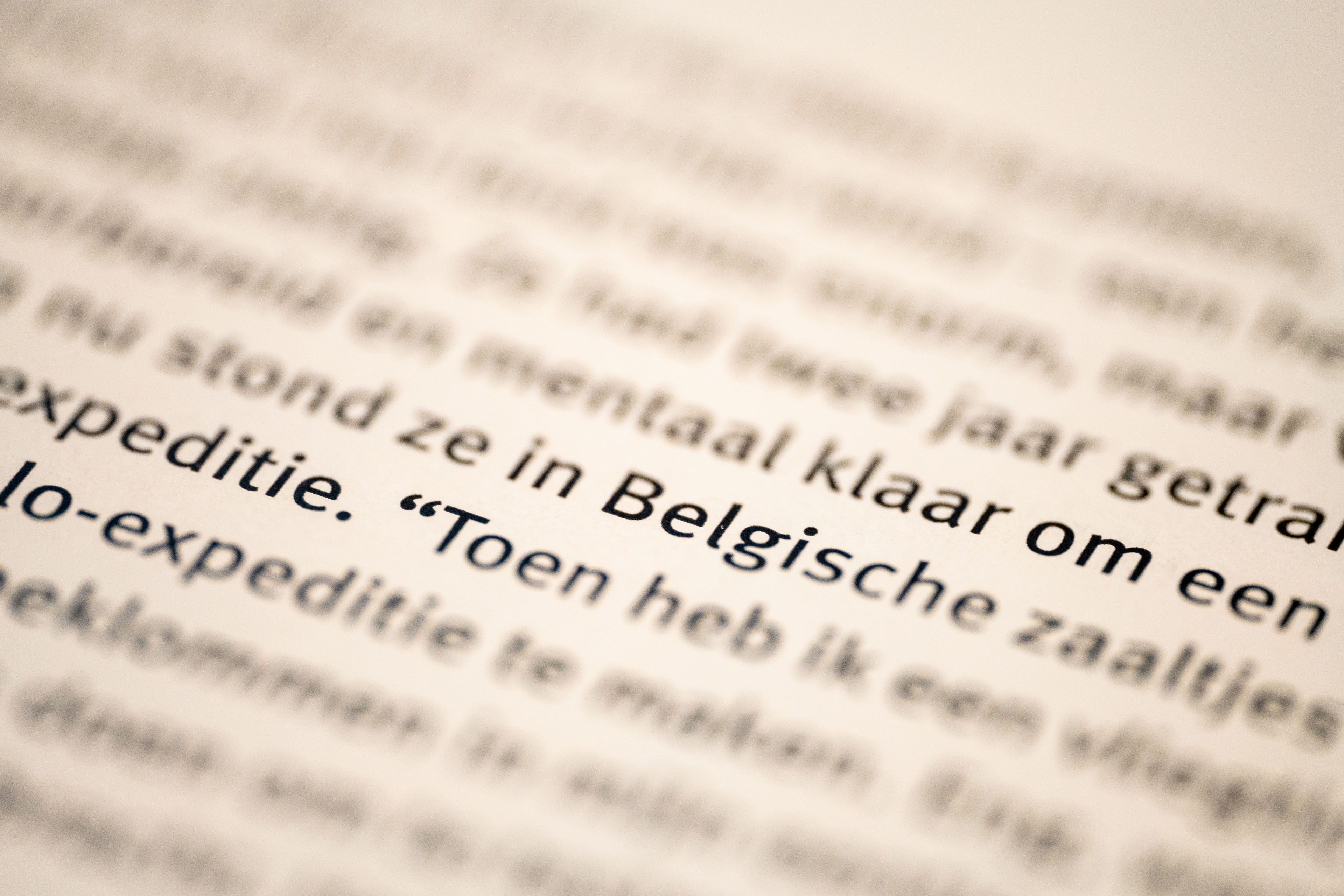 The Sigma 105 mm F2.8 DG DN Macro has little trouble with vignetting and is quite insensitive to backlighting. With the lens corrections on at full aperture, the vignetting is no more than half a stop and barely noticeable after stopping down. Chromatic aberrations are also absent, and the lens does not suffer from longitudinal chromatic aberration, from color casting that you see with smaller lenses in the blurred foreground and background at full aperture. 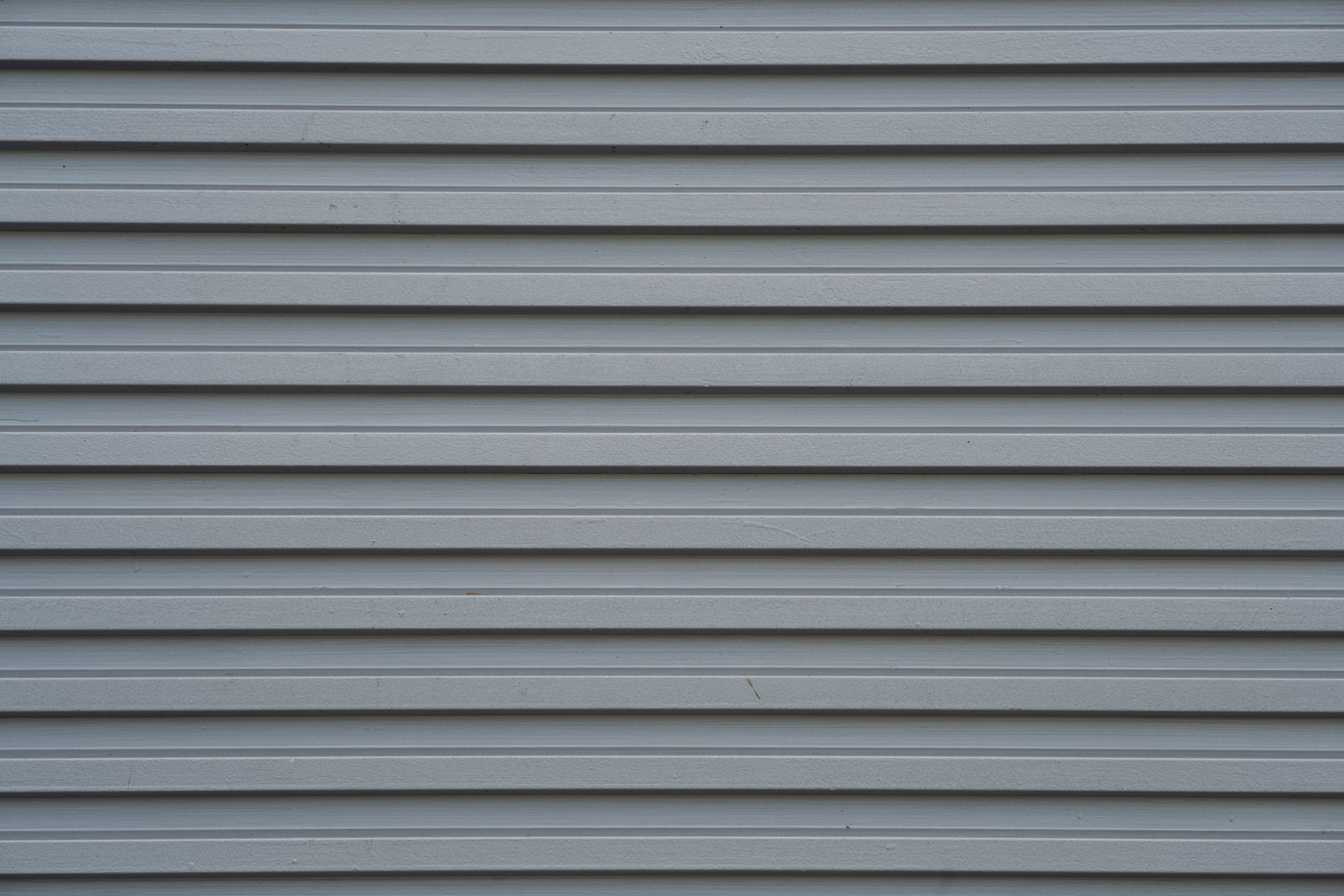 One of the few drawbacks we could find is a bit of barrel distortion. Perhaps this could be solved with a slightly better lens profile. Otherwise, it takes little effort to correct it in the post-processing. Another point where we might have expected a little more is the bokeh. It’s not bad, but there is a bit of a hard edge around the bokeh balls, and the shape of the bokeh balls is actually only round in the center. They take on the shape of cat eyes towards the edges. You also sometimes see a bit of a double shape in the blur. 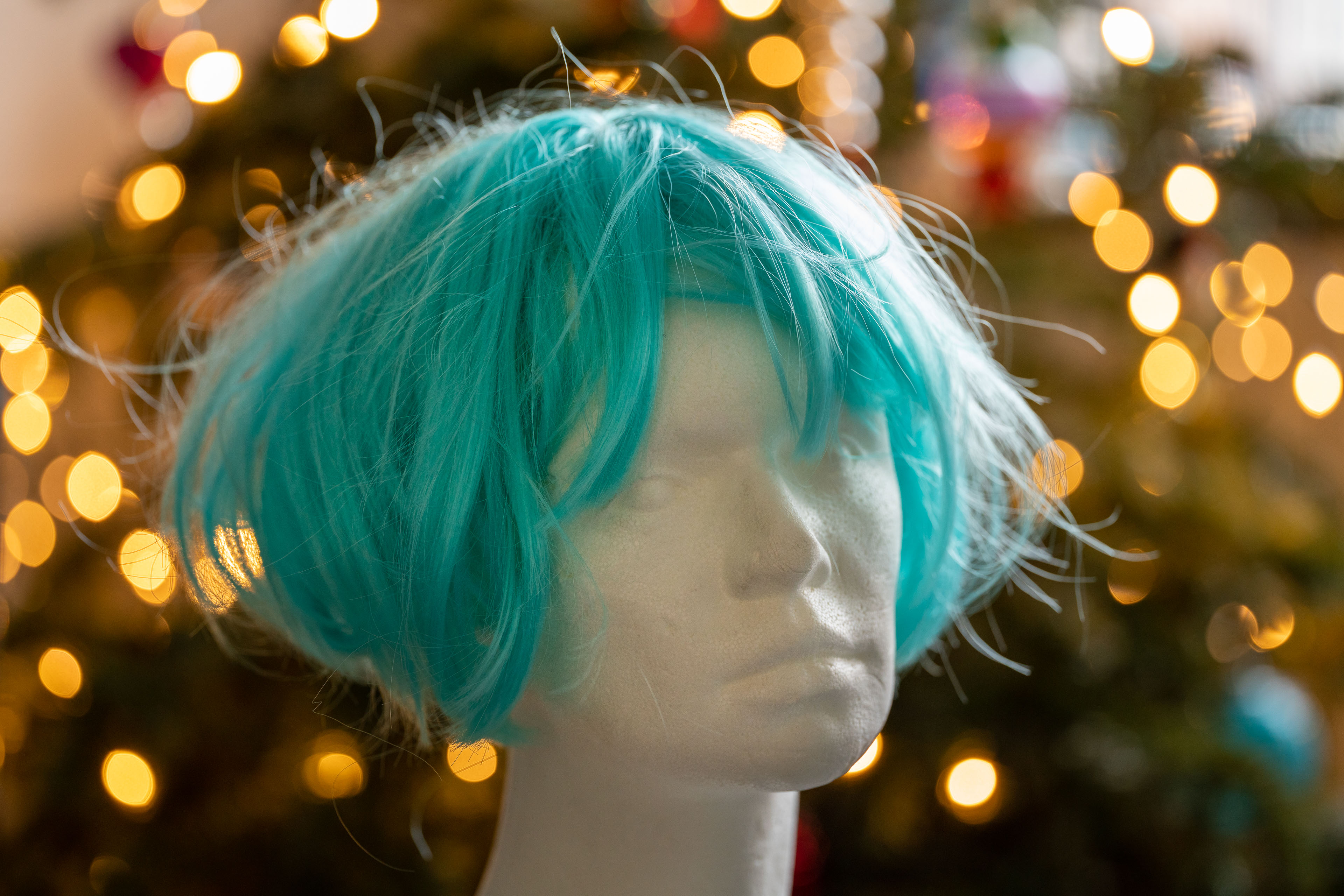 The Sigma 105mm F2.8 DG DN Macro is a macro lens with fantastic image quality. It is also beautifully made, with an aperture ring that you can set entirely to your own wishes. The autofocus and manual focus do not quite reach the high level of the rest of the lens, but on the other hand it is very sharply priced for so much sharpness.