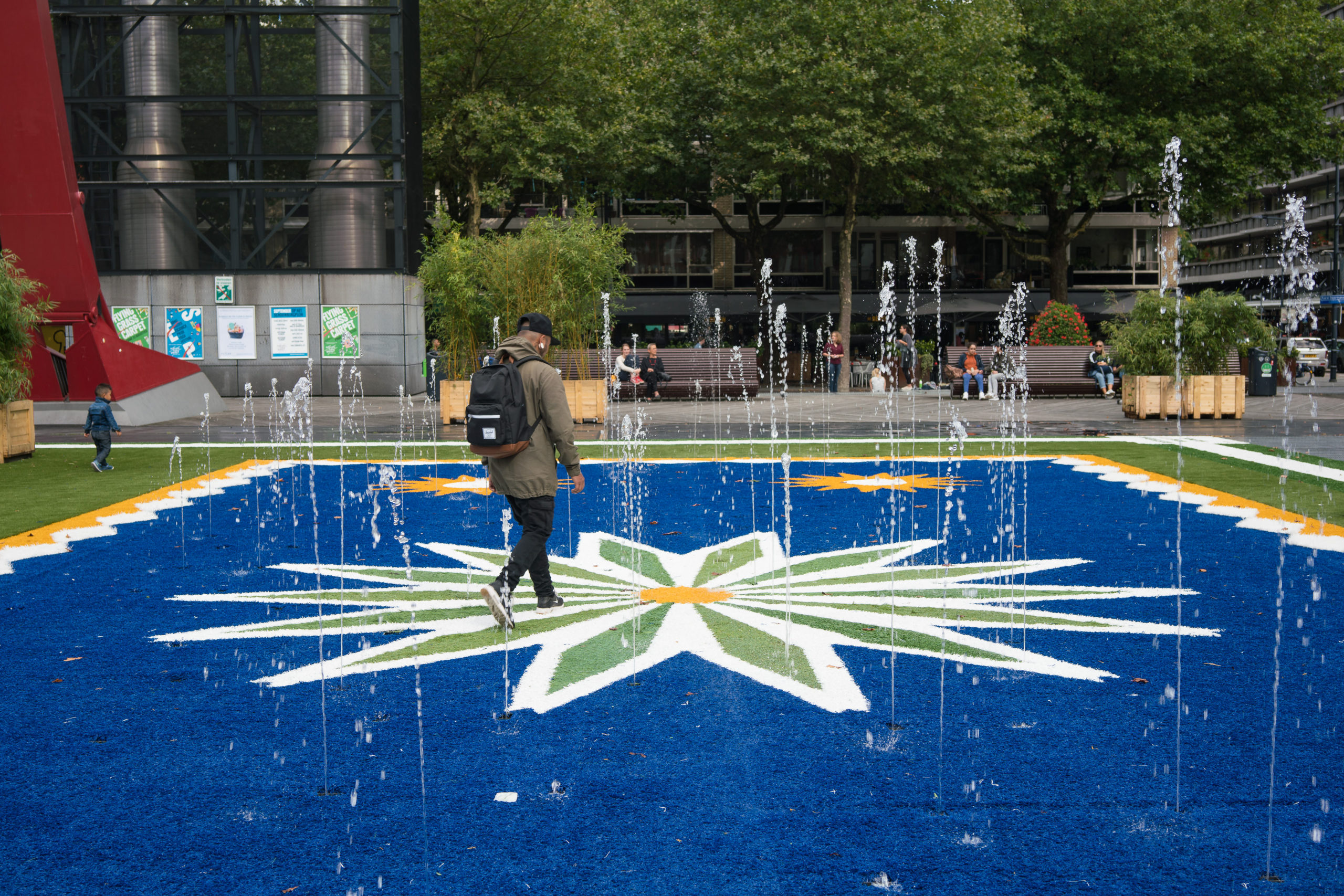 The Samyang AF 35mm f/2.8 FE is a pancake lens for Sony’s mirrorless cameras with FE mount. It can be used as a compact wide-angle on full-frame cameras, but it can also be used as a light standard lens for APS-C models like the Sony A6000 and A6500. 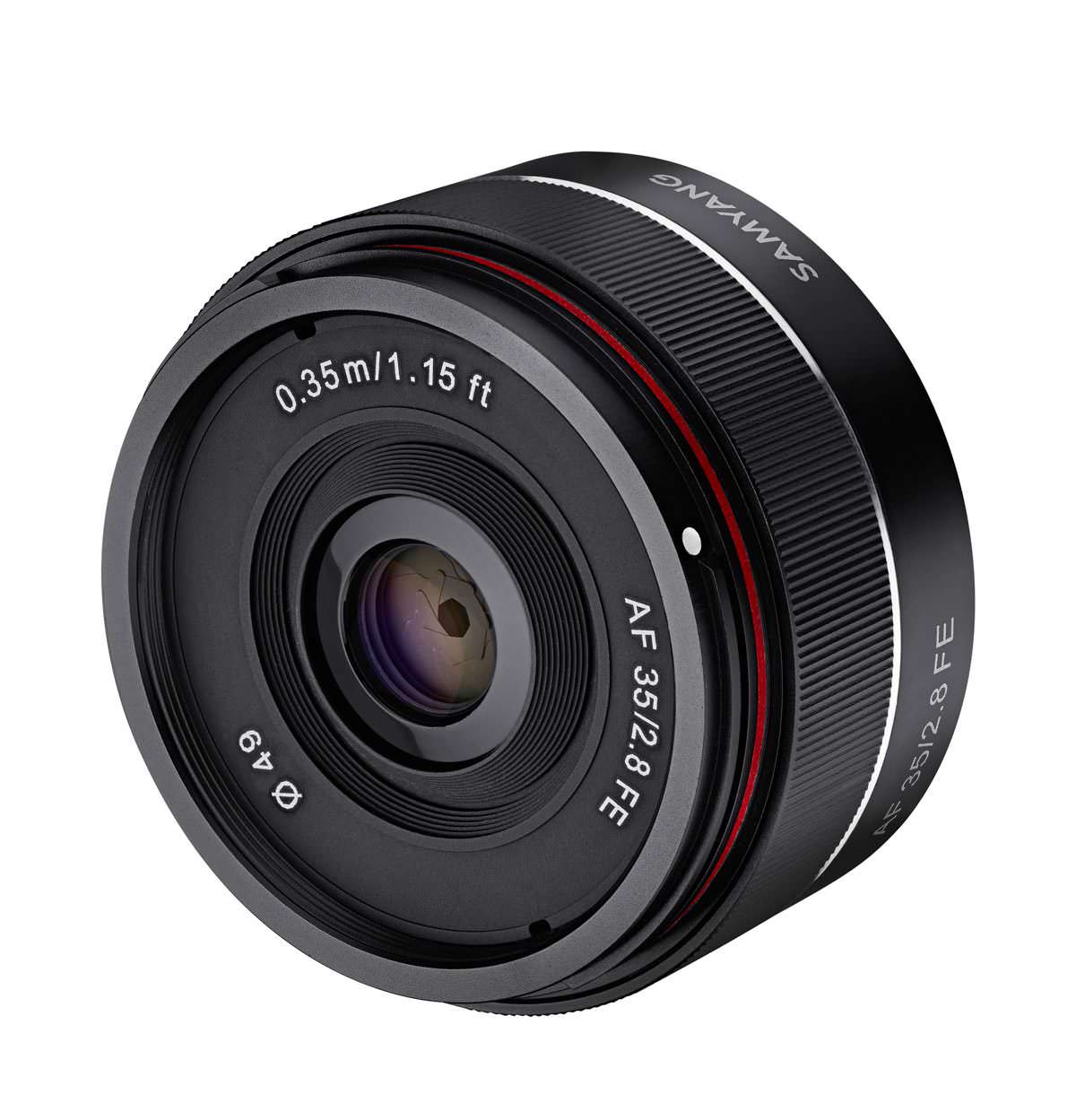 The Samyang AF 35mm f/2.8 FE is a pancake lens for Sony’s mirrorless cameras with FE mount. On full frame, it is a light wide angle, and on the APS-C models like the A6500, it works as a standard lens. The compact dimensions mean that not as much glass fits inside the lens. That has consequences for the brightness. That is of course not especially high at f/2.8. Sony has a (much more expensive) 35mm pancake with the same specifications. But on APS-C, the logical counterpart from Sony is the Sony E 35mm f/1.8 OSS. That costs half as much as the Sony pancake and is just a bit more expensive than this Samyang. With one and a half stops more brightness and built-in image stabilization, the Sony seems like a much better choice than the Samyang. On the other hand, the Samyang is still quite a bit less expensive than the Sony, and the Samyang can also be used with full-frame sensors, while the Sony cannot. Furthermore, image stabilization does not add much on the A6500, with its built-in image stabilization. And finally, the Samyang also wins in terms of dimensions and weight. The Samyang weighs just over 80 grams. When you hold it loose in your hand, it almost seems to be floating, and on the camera you can hardly feel that you have a lens on it.

The Samyang importer for the Benelux, Transcontinenta, offers an extended 5-year guarantee for Samyang lenses in the Benelux. This extends the standard warranty directly from 2 to 5 years! To make use of this, do not forget to register online within 4 weeks of purchase via transcontinenta.nl/garantie. 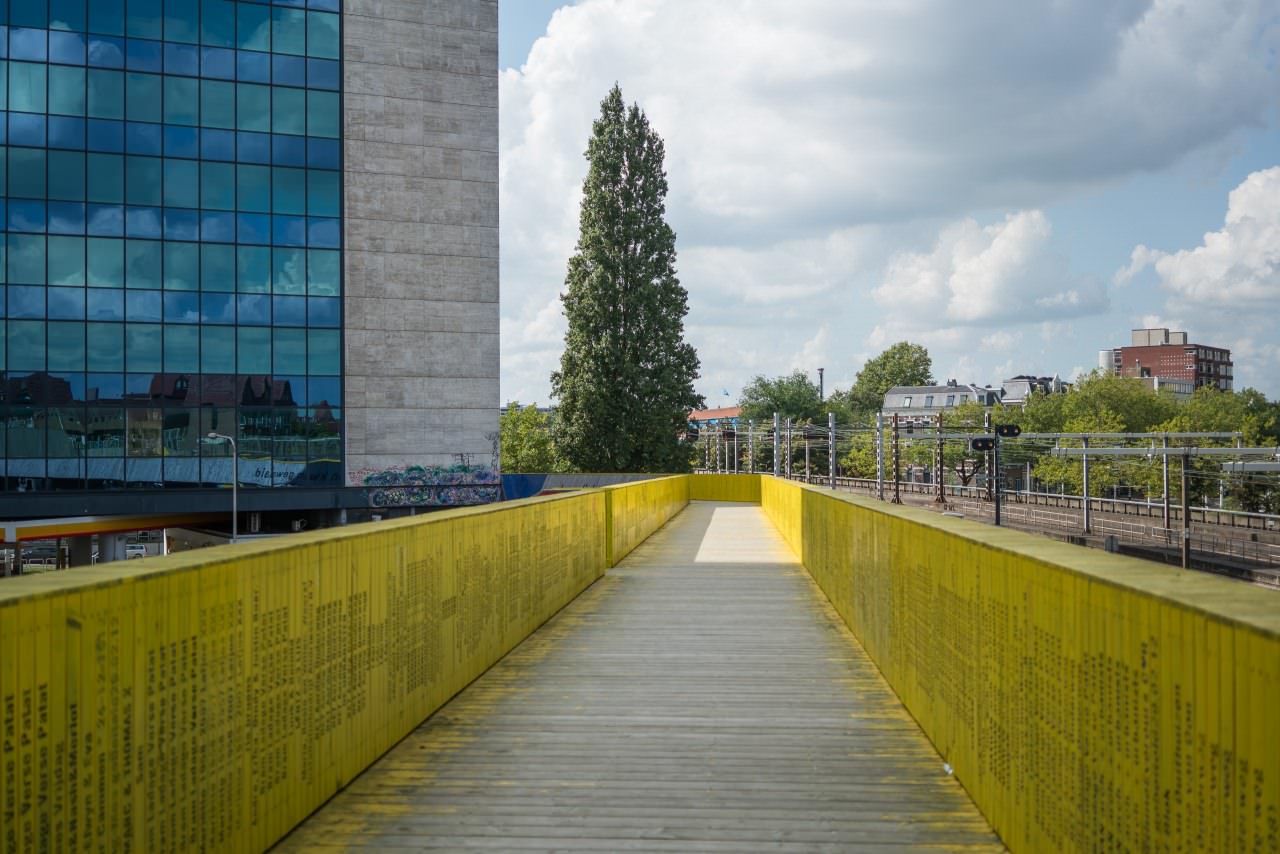 The weight of the Samyang AF 35mm f/2.8 FE at 86 grams (without caps) is really negligible. This is a very light lens. It weighs almost half what the Sony E 35mm f/1.8 OSS does. This is partly reflected in the materials used. The Sony mount is made of steel; that of the Samyang, of aluminum. What that means for wear resistance is difficult to say. Aluminum does not necessarily have to be less good than steel. In any case, an aluminum mount is much better than one of plastic, which you sometimes see with some cheap lenses. And with the low weight of this lens, the forces on the mount will of course never be great. The other materials used are mostly plastic, but that is not a problem. The Samyang feels solid and works well. The lens looks virtually identical to the Sony E 35mm f/2.8 pancake, including the front lens, remarkably concave for a wide angle, and the seven-bladed aperture. Those who look carefully will see differences in the structure of the lens groups. Both have 7 lens elements, but they are ordered slightly differently on the Samyang. So it’s not an exact copy of the Sony. The Samyang is just a bit shorter than the Sony. The smaller dimensions are reinforced by the lens hood, which on the Samyang is really no more than a flat ring with a hole in it. However, the Samyang is not the smallest lens you can get for Sony APS-C cameras. The Sony 16mm and 20mm pancakes are just a bit smaller.

The Samyang focuses quite quickly and precisely. You do notice that there is a different kind of AF motor than in the Sony. You feel that when you try to focus manually. Then the control is somewhat less precise, which leads focus that does not feel terribly precise. You have to search a bit more with manual focus than when using the Sony 35mm f/2.8 or the 35mm f/1.8 OSS. In autofocus, you do not really notice any difference until the light levels drop significantly. When it’s fairly dark, the Samyang starts to search quite a lot, and it does not always manage to focus using the autofocus. The Sony does not have a problem under similar conditions. 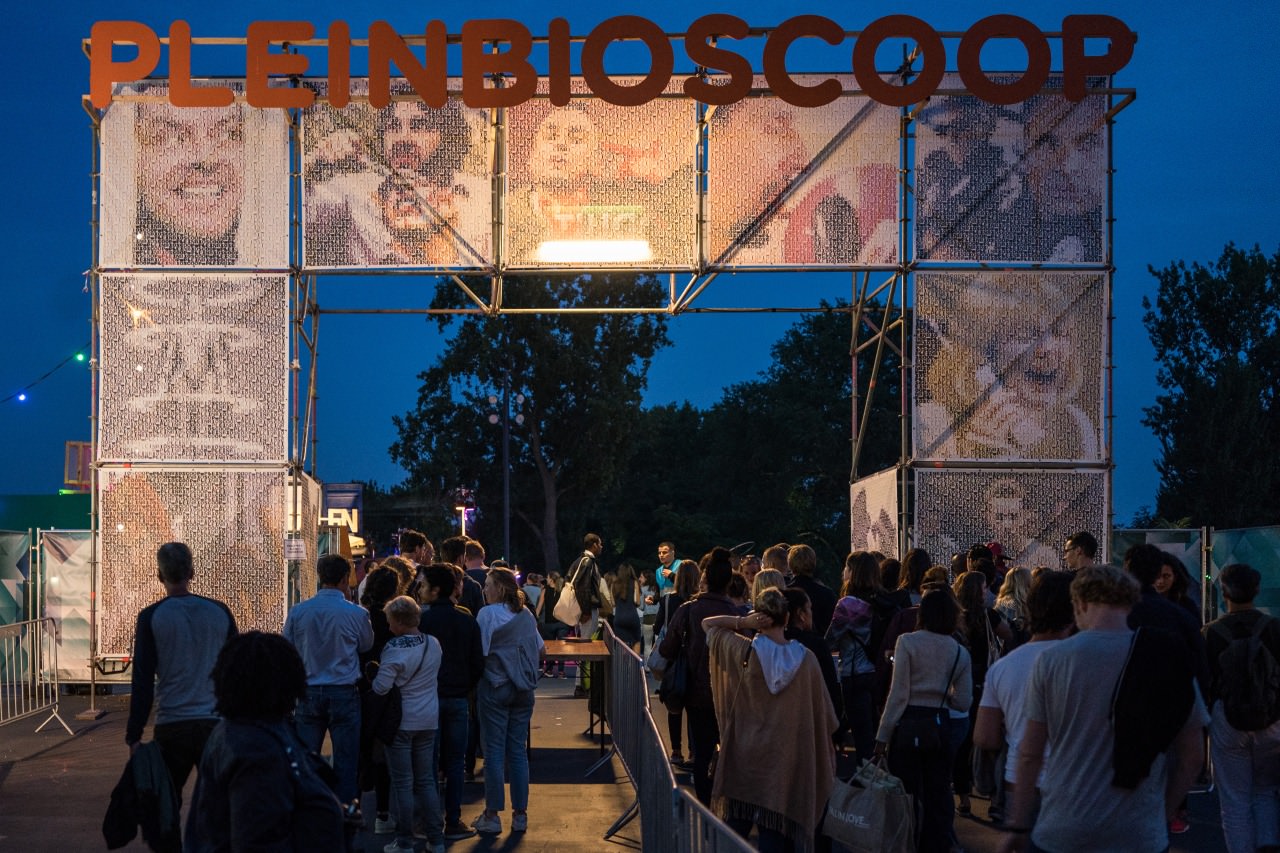 We can be brief about the optical performance of the Samyang AF 35mm f/2.8 FE: it is excellent on APS-C. The lens is already very good at full aperture, both in the center and in the corners. Stopping down does product a measurable increase in sharpness, but it’s so small that you hardly see it in practice. Because you use the best part of the lens’s field of view on APS-C, namely the middle, the gradient between the center of the image and the corners is even smaller than when you use this lens on full frame. The same applies for the vignetting. That’s three-quarters of a stop on APS-C in jpeg, and it is even less after stopping down. That is not really important anymore in practice. We see the same for the distortion. The Samyang has some barrel-shaped distortion on full frame, but in APS-C you have to place really straight lines along the edges of the image to see any of it. For documentary work, it’s so small that it’s not important. And if it does bother you, you can always work in RAW. In RAW converters like Lightroom, you can use the Samyang lens profile and get rid of distortion, vignetting, and aberrations all at once. Due to the relatively low brightness of f/2.8, the background blur is also limited at full aperture. The quality of the blur is quite pretty, with reasonably round bokeh balls when there are light sources in the background. 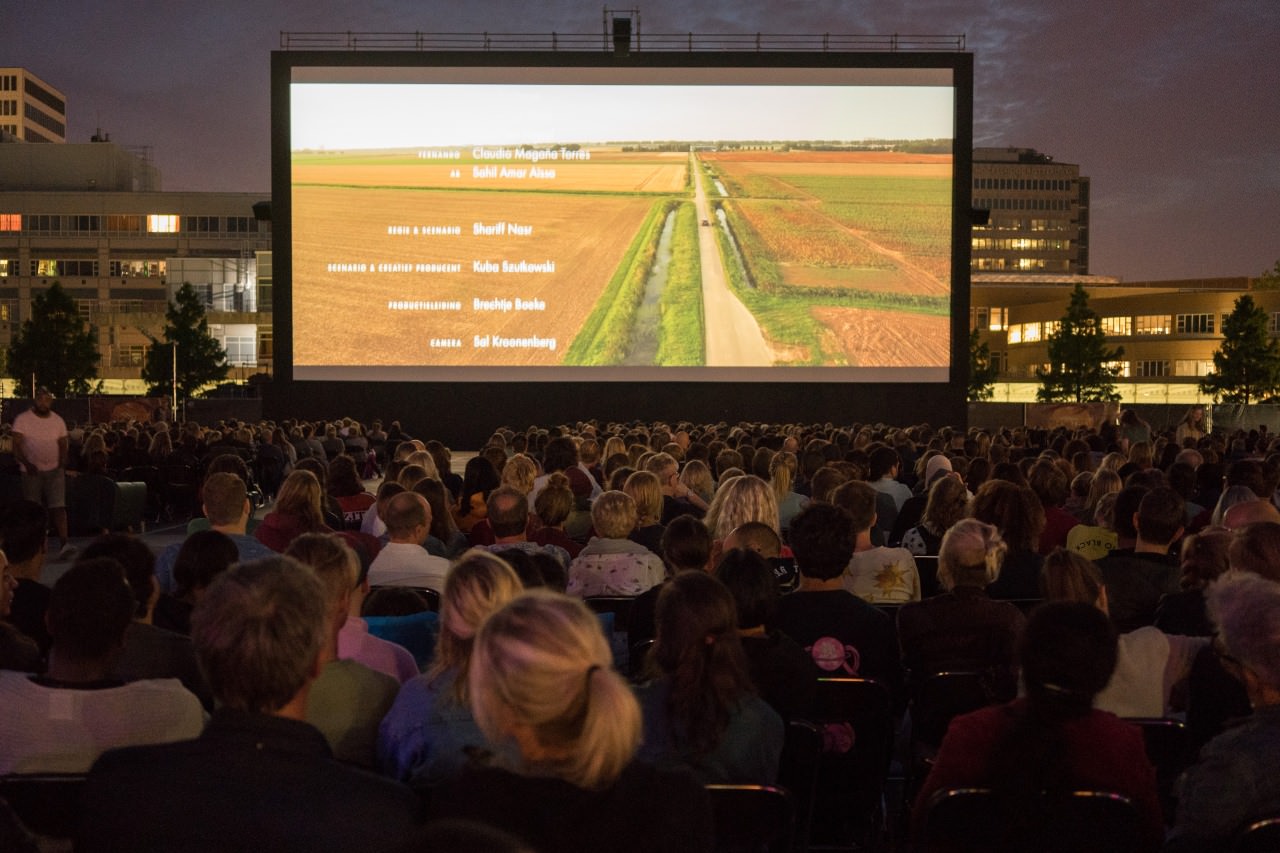 The Samyang AF 35mm f/2.8 FE is a good choice as a standard lens for the Sony APS-C cameras like the A6000, A6300 and A6500. The image quality is excellent, and you can easily get the best from your sensor. Those who only work on APS-C will have to choose between this Samyang and the Sony E 35mm f/1.8 OSS. For an A6000 or A6300 without image stabilization, the Sony is preferred because of image stabilization. If you have an A6500, then the choice is between the more expensive but brighter Sony or the lighter, smaller and cheaper Samyang. And if you are considering buying an A7, or if you already have one, then the Samyang is the most logical choice anyway. Then you have a nicely compact standard lens on APS-C and a pancake wide-angle on full frame.