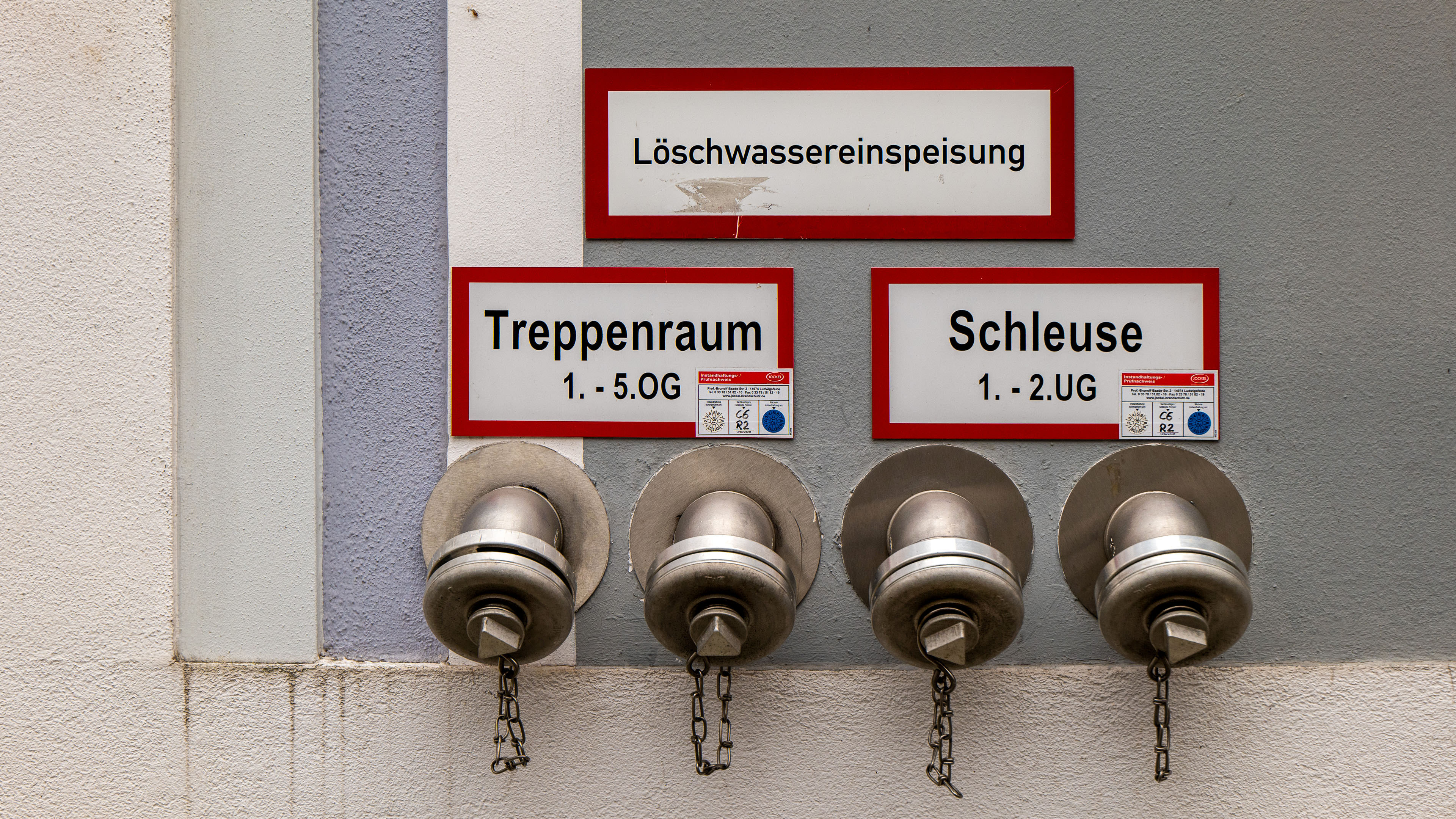 The Panasonic Lumix S1H is even more of a hybrid camera than the other two Panasonic S models are. It has all the good things from the Lumix S1 but also offers the necessary extras. The Lumix S1H (finally) has a turning and tilting screen and extra cooling. The camera can film in 6K in 10-bit 4.2.0 and even in 10-bit 4.2.2. if 4K is sufficient.

When the Lumix S system was introduced, a number of Panasonic camera enthusiasts considered the lack of a turning and tilting screen to be a great loss. It made the S1 and S1R less suitable for filming. Vloggers who already filmed with Panasonic’s Micro Four Thirds cameras and wanted to do that with a full frame had to wait for a model that was more suitable. Now it’s here. The S1H is (almost) as good for photography as the S1, but it is a much better video camera. This is partly due to the fan on the back, a turning and tilting screen and a number of other modifications, such as the big, red REC button on the top cover.

The S1H has a 24-megapixel sensor, just like the S1. But unlike the S1, the S1H has an anti-alias filter. This reduces the chance of moiré, which is nice when you film with it. Moiré is even more disturbing in video images than in photos, and much more difficult to remove. Apart from all the video capabilities that the camera offers, one of the things that makes the S1H so good is the complete separation of menus. You can set the Lumix S1H for photography and video very differently, and you can switch between the two options with a button. The menus also adapt. So you actually have two cameras in one with the Panasonic Lumix S1H.

The Panasonic Lumix S1H looks at first glance a lot like the other two S models, but if you put them side by side, more and more small changes will become noticeable. On the front, you can see that the shutter button stands higher and that the on-off switch is now around it. That means you can turn on and click the camera in one smooth movement. Nikon also does that as well, and that’s how it should be on any camera. On the top, the LCD screen is larger and therefore easier to read. The background can now also be set to black, with the information in white. The three buttons for the white balance, ISO setting and exposure compensation are neatly lined up just behind the shutter button, and next to the screen is a big, clearly visible red button for starting video recordings. Panasonic has been able to adjust the top cover because the camera has become a lot thicker on the back. 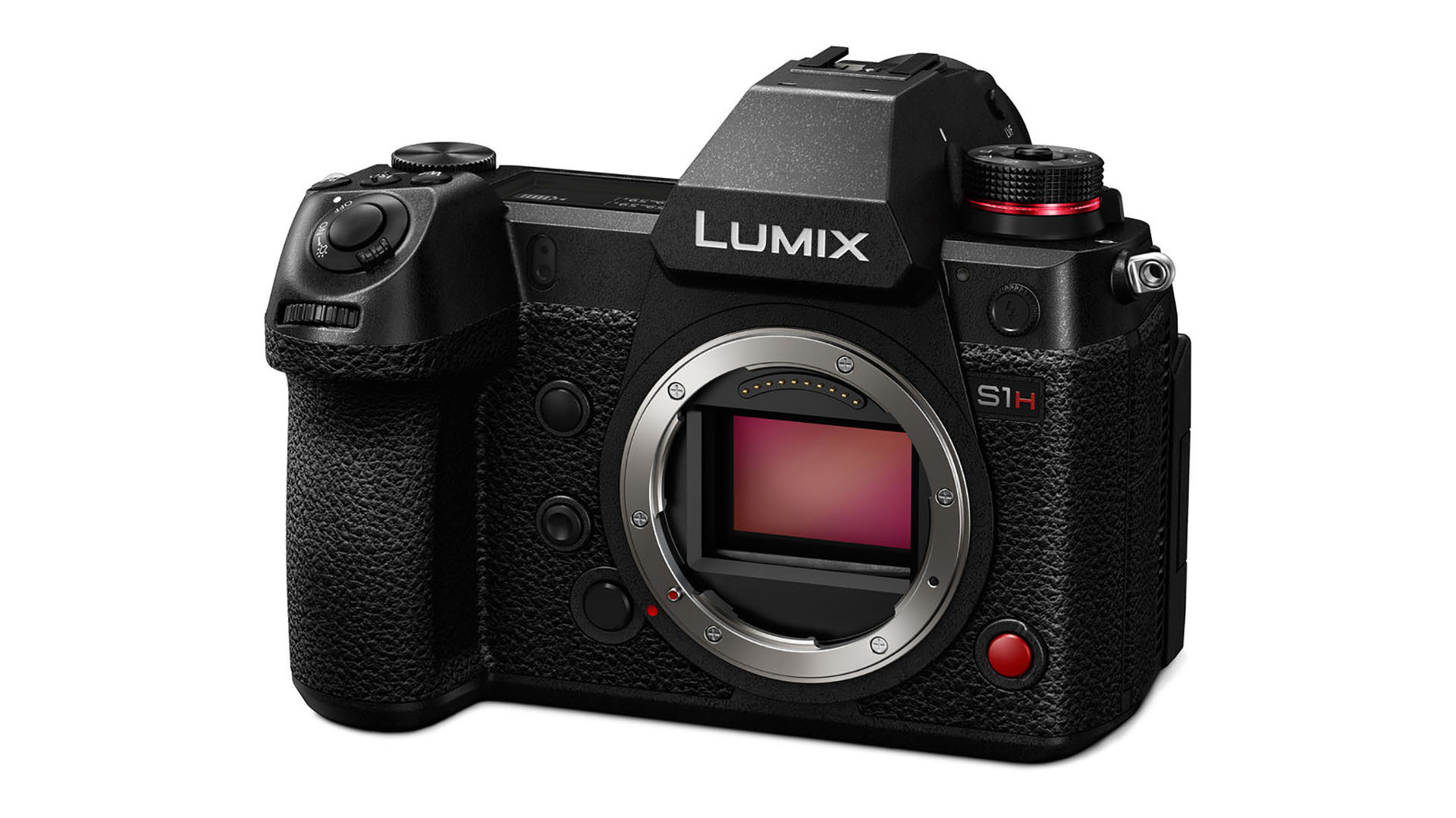 There is not only a turning and tilting screen, but also a large cooling unit. That cooling is quite quiet but can still be heard during longer recordings and with high ambient temperatures. However, that is easy to overcome with a separate microphone. The screen is made so that when you turn it, you can still use the ports on the side. On the right is the door for the two UHS-II SD memory cards. The Lumix S1 and S1R use an SD and an XQD card. The SD cards in the Panasonic Lumix S1H comply with the V90 standard. They reach 720mbps, which is much faster than the highest bitrate of the camera.

SCREEN AND VIEWFINDER OF THE PANASONIC LUMIX S1H 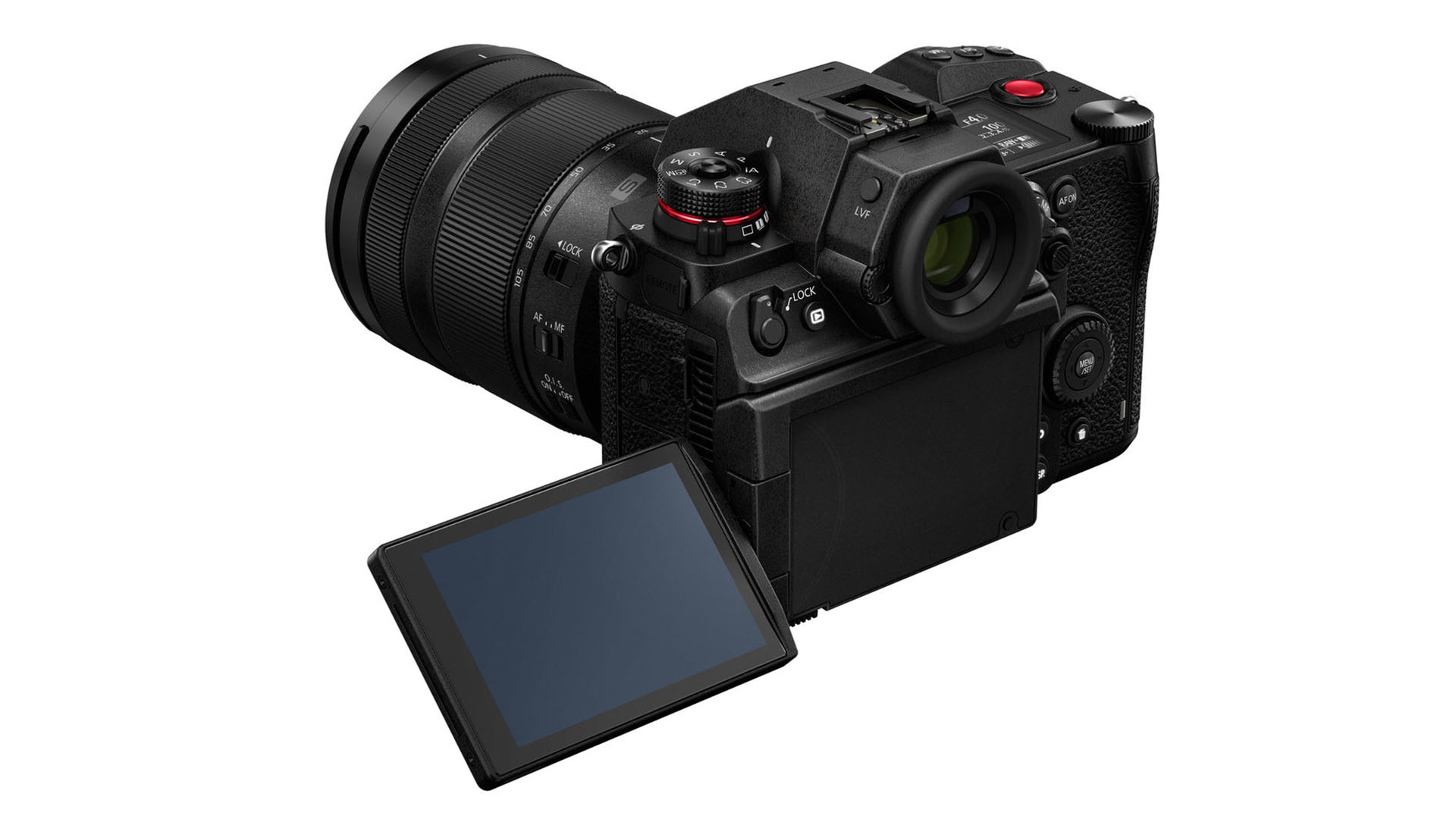 The viewfinder has the highest resolution available: 5.7 million pixels. The viewfinder magnification is not only substantial, at 0.78x, but also adjustable. Glasses wearers can reduce the magnification slightly so that you can see everything well with your eye at a slightly greater distance from the viewfinder. The screen on the back is 3.2 inches, just as on the S1 and S1R. It has 2.3 million pixels. The screen turns, tilts and of course is touch-sensitive. It can now also be turned forward, something that cannot be done with the S1 and S1R. Unique is that the screen can also be tilted further after turning so that the ports on the left side are not blocked. After using both of them, we have a slight preference for the screen construction of the S1 and S1R if you’re only photographing. It works just a little faster, especially if you want to take vertical pictures from a very low or high point of view.  But if you are also going to film, the screen of the S1H is clearly nicer. And you can now also use it for vlogging, although the Lumix S1H remains a rather heavy camera to use at arm’s length. 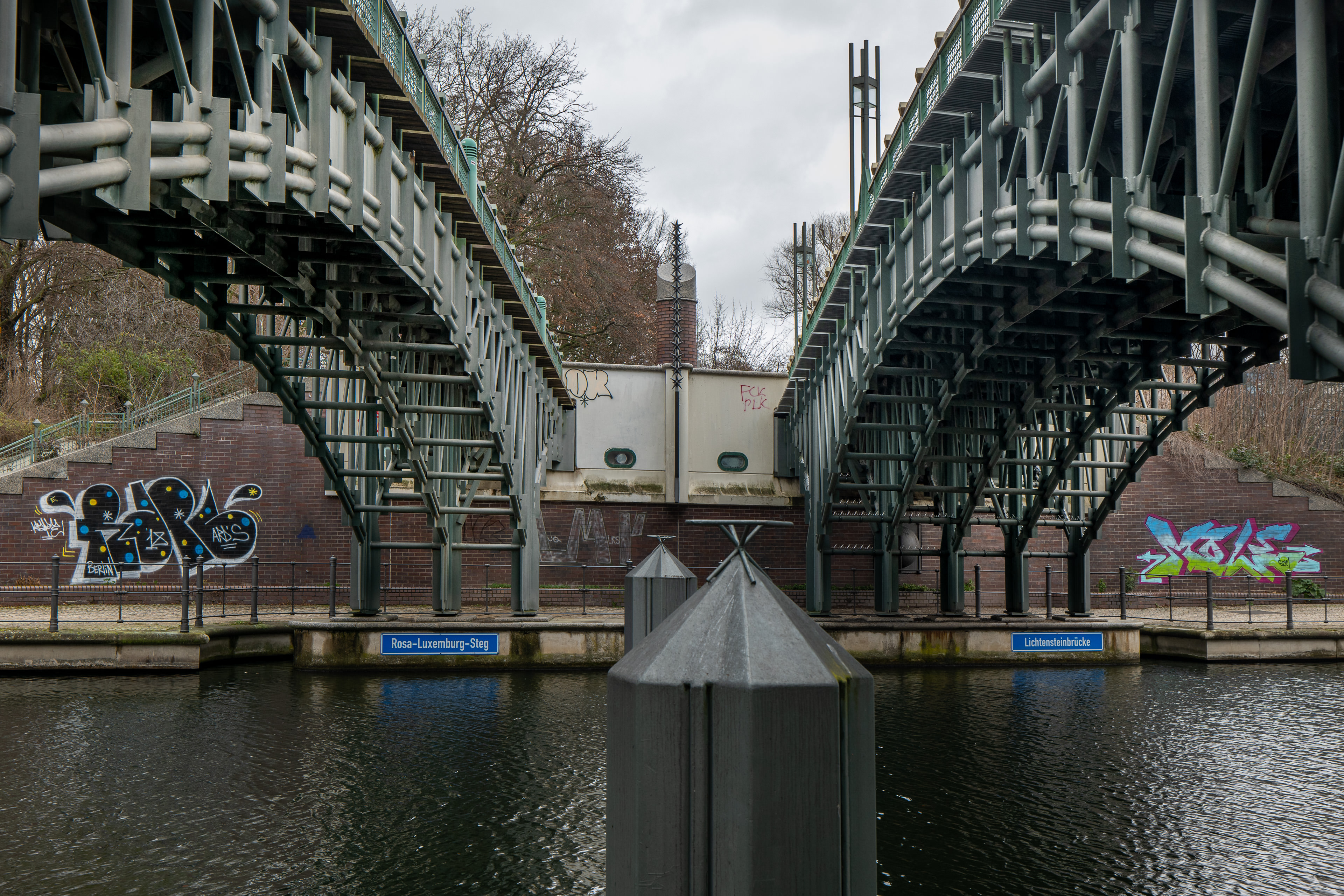 AUTOFOCUS SPEED AND ACCURACY OF THE PANASONIC LUMIX S1H

The autofocus uses Panasonic’s latest-generation DFD technology. It is thus a contrast-detection system, but, thanks to DFD, the camera can interpret the blur and the system knows in which direction it should focus and how much. It looks a bit like a phase detection system in this respect, although you still occasionally see the typical back-and-forth searching as the camera tries to apply the latest corrections. For video, the use of continuous autofocus is less suitable than it is with some other brands. What works very well for video is the manual focus. This is partly due to (adjustable) linear focus and partly because the focus peaking is extremely accurate. In part because of the high resolution of the viewfinder, you can see very well where the focus lies. This makes manual focus pulls very easy to do, especially with the brighter S PRO lenses.

The sensor of the Panasonic Lumix S1H has the same number of pixels as the sensor of the S1, but it does have an anti-alias filter. This ensures a slightly softer image and a fractional loss of details compared to the Lumix S1. For video, that filter is an advantage, because it gives you less moiré. The quality of the video in full frame, DCI 4K is very nice, especially in ALL-I. You can also do 4K filming in Super35. You then use a smaller part of the sensor, but that results in a barely visible loss of quality.  An advantage of filming in Super35 is that the readout of the sensor is a bit faster and you are less bothered by jello if you move the camera quickly. The Panasonic Lumix S1H also has several options for filming in 1080p. But if your workflow allows it, you will get a clearly better result by filming in 4K and downsampling it to 1080p. That is, 1080p straight out of the camera isn’t as sharp as it could be. And if you really want to get the most out of it, there is of course also the possibility of shooting in 5.9K. Then you must of course have a computer good enough to handle the enormous amount of data. 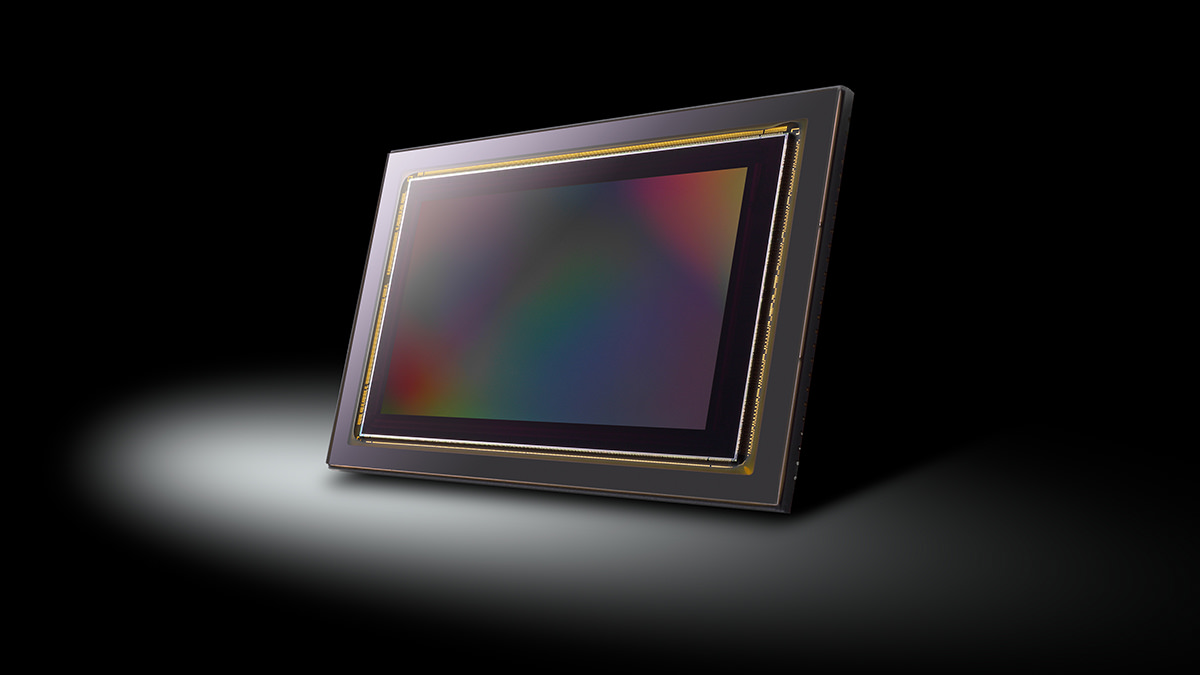 The Panasonic Lumix S1H has a sensor with a Dual Gain. That means that an extra gain of the signal occurs at a higher ISO value. In the case of the Lumix S1H, that is at ISO 640. The result is that the dynamic range gets a big boost and at ISO 640 is equal to that of ISO 100. Of course, at ISO 640 you do have a bit more noise than at ISO 100, but rendering through highlights and shadows is just as good. And the noise at ISO 640 is still very low. After all, it is a full-frame sensor with relatively few pixels. Even ISO 3200 and 6400 look pretty decent. You can go a few stops higher when making photos, but you are better off saving that for emergencies and for shots that you are not going to view very big. 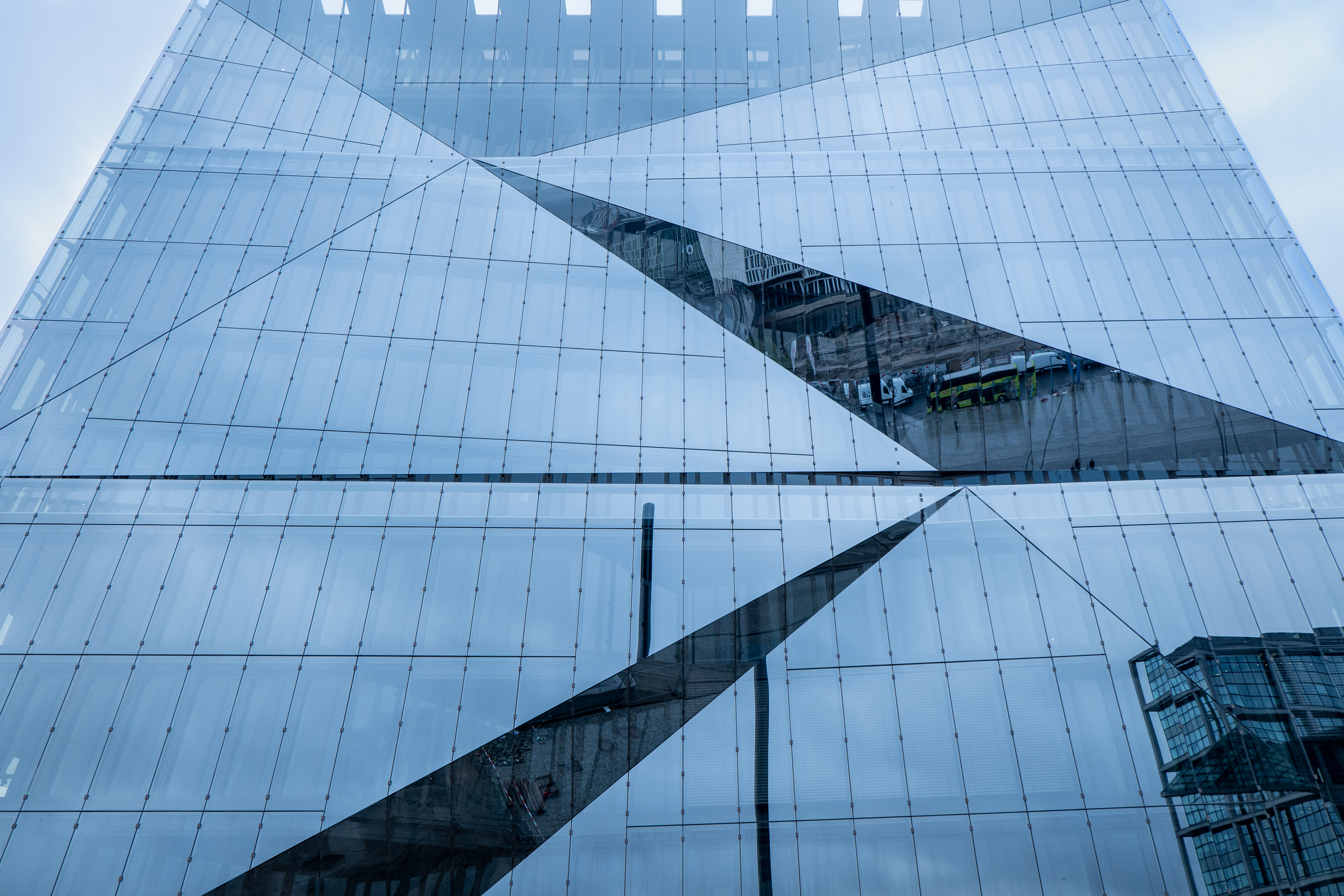 One of the strong points of the Panasonic Lumix S1 is the excellent image stabilization. Panasonic is one of the pioneers of built-in image stabilization and has many years of experience with it in Micro Four Thirds cameras. The image stabilization built into the body works over five axes and stabilizes every lens that you put on it, no matter how old. If you put a Panasonic lens on it that also has image stabilization, the two systems work together for an even better effect, and you can get more than five stops of correction. According to Panasonic, it is the only system for full-frame cameras in which the stabilization of the lens and that of the camera actually work together and reinforce each other. The result is a gain of 6EV according to Panasonic, and that is a lot for full-frame cameras.  In practice, you can easily achieve five stops, and with some effort, even six. This image stabilization ensures that video can be shot by hand easily.  It also works with older, unlinked lenses or anamorphic lenses if you set the focal length and ratio. 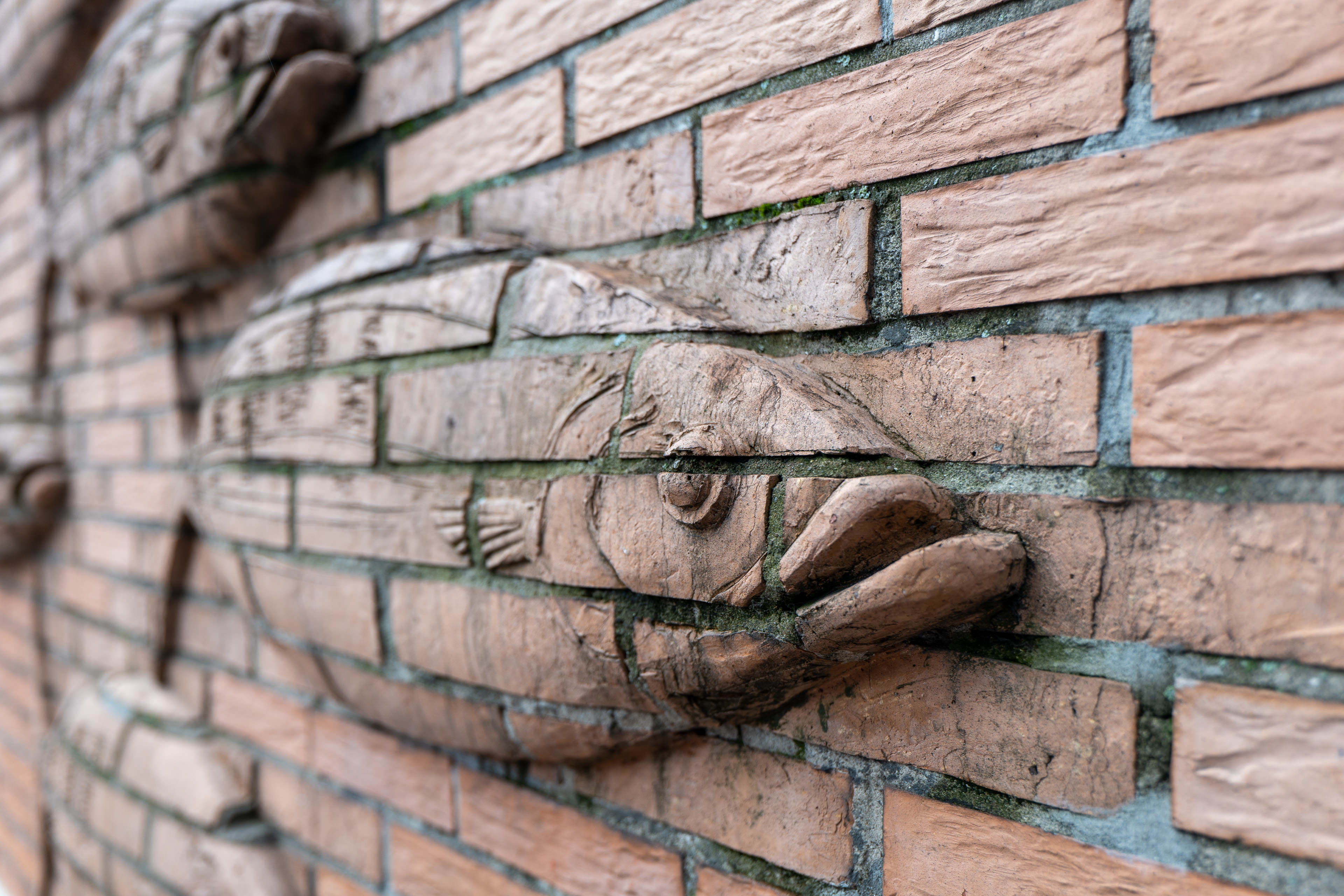 Video is of course the reason you would want to buy a Panasonic Lumix S1H. If you strongly prefer photography, the S1 and S1R are the better choices. But for video, the S1H is better. The Lumix S1H can even use all the pixels on the sensor in 6K. You then have a 3:2 aspect ratio, and that is probably not what you ultimately want as a video format. But you can set masks in the viewfinder in different proportions. The extra that you record can be used later to make pans or a slightly different composition. 4K video is available in full frame as well as in Super35 at different speeds, bitrates and qualities. From 4K in 60 frames per second to 1080p in 180 frames per second. The Lumix S1H can use anamorphic lenses. These different ratios such as 1:1.33 or 1:2 are adjustable on the camera and are then even utilized by the image stabilization. What further distinguishes the Panasonic Lumix S1H from many other system cameras are the extensive tools such as waveform, vector scope and zebras. You can even set zebras for the highlights and skin tones at the same time. Unfortunately, RAW video is not an option. Cameras are very slowly appearing on the market that do offer that, such as the Sigma FP with Cinema DNG, the Blackmagic PCC 6K and now also the Canon EOS 1DX Mark III. With RAW video, the Lumix S1H would have been even more obviously the king of hybrid photo video cameras.

Curious about the performance of the Panasonic Lumix S1H in practice? Click on the button below and visit our renewed web gallery with sample images.

The Panasonic Lumix S1H is one of the best hybrid cameras of the moment. You can shoot with it and the results are (almost) as beautiful as those from the S1. If you switch to video mode, the Lumix S1H is also a very good video camera. The Panasonic Lumix S1H offers a lot of options that you also find on the more expensive, professional Panasonic Varicam cameras, and the image quality is very good. Despite the fact that a camera is not ergonomically built for filming, the operation and menu structure of the Lumix S1H are also almost ideal for video work.