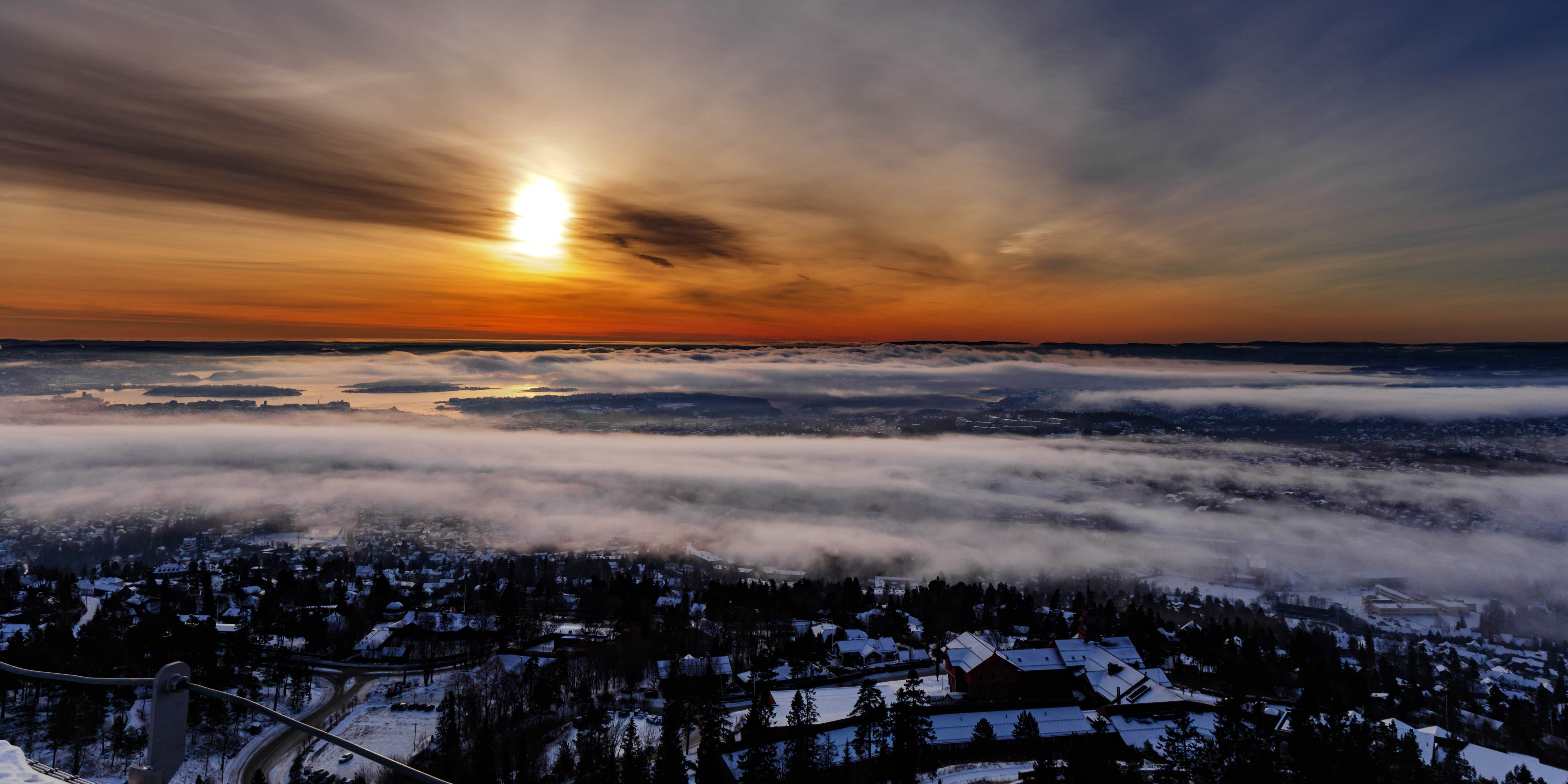 From Portugal to the Arctic Circle (@-25 degrees Celsius), the Panasonic Lumix G9 was my trusty companion for action, sports and nature photography. Both the lightning-fast continuous AF of the Lumix G9 and the fastest single AF of all cameras tested to date were impressive. The weather-resistant body and super-silent mechanical shutter were super. And the specifications of the Panasonic Lumix G9 don’t lie: 4K 60p (150 Mb/sec) video, 4K and 6K Photo, a double UHS-2 SD card slot, 5-axis image stabilization, 40- to 80-megapixel high-resolution shots.

The G9 was missing from this list: a flagship for nature, action and sports photography: a robust, freeze-resistant and dust- and splash-proof camera body with a 20-megapixel sensor (without an anti-aliasing filter), which focuses in a few milliseconds, can take pictures with burst speeds of up to 60 images (RAW and jpg) per second and to 20 shots per second with continuous AF.
Even though the target group for this camera consists of photographers, that does not mean that Panasonic has scrimped on the video capabilities. With 4K in 60 frames per second and Full HD in 180 frames per second, the Panasonic G9 makes video recordings that you cannot make with cameras from other brands in this price range. 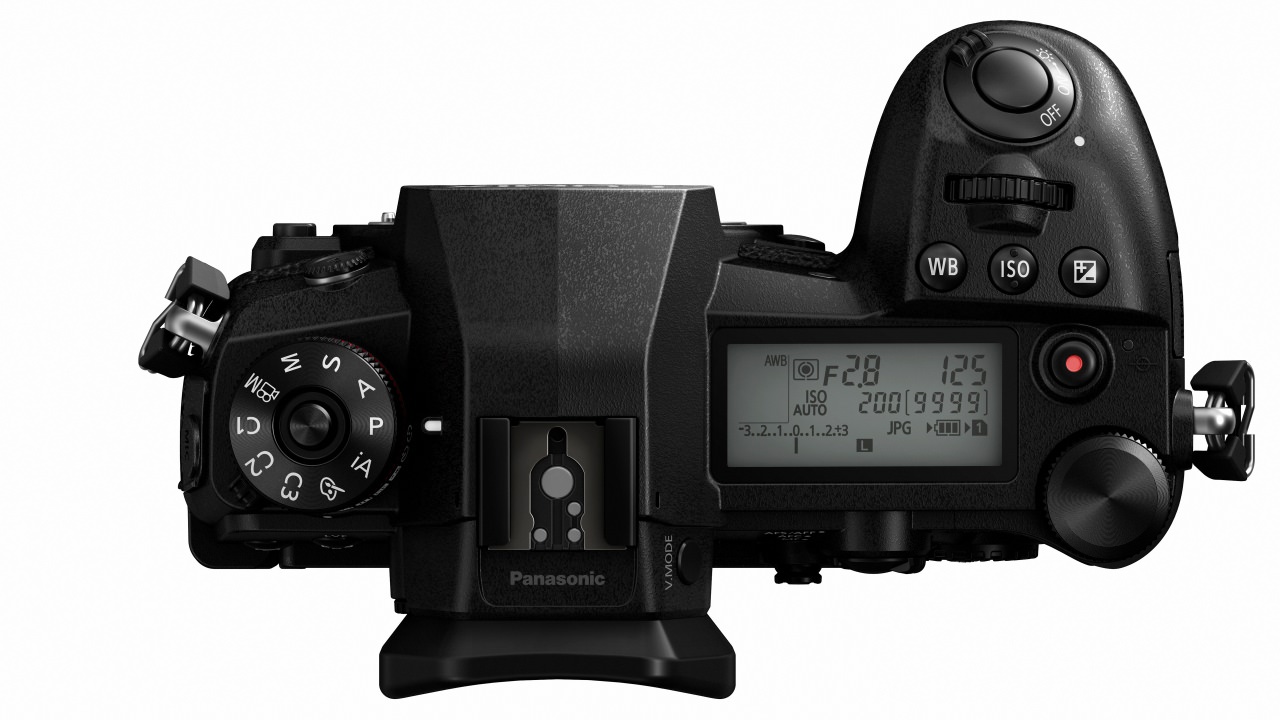 The Panasonic G9 is the first Panasonic Lumix camera with an LCD window on top of the body. Advanced photographers who were used to photographing with a high-end SLR camera appreciate an LCD screen on top of the camera. A nature photographer who works from a tripod, for example, sees the camera settings at a glance without having to kneel down to look through the viewfinder. You could also use the freely turning and tilting LCD screen on the back of the camera for that, although the battery will be used up sooner if you do that for a long time.

The Panasonic G9 is dust-proof, splash-proof and freeze-resistant (guaranteed down to -10 degrees). During a few weeks above the Arctic Circle, there was not a moment when the camera even thought about stopping, even though it snowed occasionally and temperatures sometimes reached -24 degrees. But perhaps the most remarkable thing is the combination of a weatherproof camera with a fully turning and tilting touch screen. You only find that with Panasonic and Olympus.
The Canon 6D is one of the other rare first swallows predicting the summer. This Canon camera with a full-frame sensor is also weather-resistant (but not freeze-resistant) and also has a freely turning and tilting screen. But the touchscreen functionality is limited, while the G9 takes full advantage of the capabilities of the touchscreen.

The Panasonic GH5 and G9 have an equivalent 20-megapixel micro-43 sensor. Although Panasonic indicates that the more modern Venus image processor of the G9 allows a slightly better image quality than that of the GH5, there are other, more eye-catching, differences.
The first obvious differences are the red ring around the transport mode button and the LCD screen on top of the G9. Compared to the Panasonic GH5, the G9 is slightly smaller, but has a larger grip, making the G9 more comfortable in the hand in combination with a 100-400 mm or 200 mm f/2.8 telephoto lens.
The Panasonic GH5 offers higher video image quality (4:2:2 10-bit) and specific video image styles, such as Hybrid log gamma, or (for a small surcharge) V-logL. The Panasonic G9 also offers 4K @ 60p video, but distinguishes itself as a professional photo camera. With continuous AF, the GH5 is no match for the much faster G9. The buffer of the GH5 (unlimited for jpg shots) is larger than that of the G9 (about 50 jpg shots), while with the G9 (60 images per second), the buffer fills up faster than with the GH5 (12 images per second). The Panasonic G9 offers the option of taking high resolution shots from a tripod. That’s not possible with the GH5.
The bigger viewfinder of the (approximately 200 euros cheaper) G9 (0.89x: really unique!) relative to the GH5 (0.76x) is a pleasant surprise, as is the improved image stabilization, which, according to the specifications, delivers 6.5 stops (vs. 5.5 with the GH5) with some Panasonic lenses. 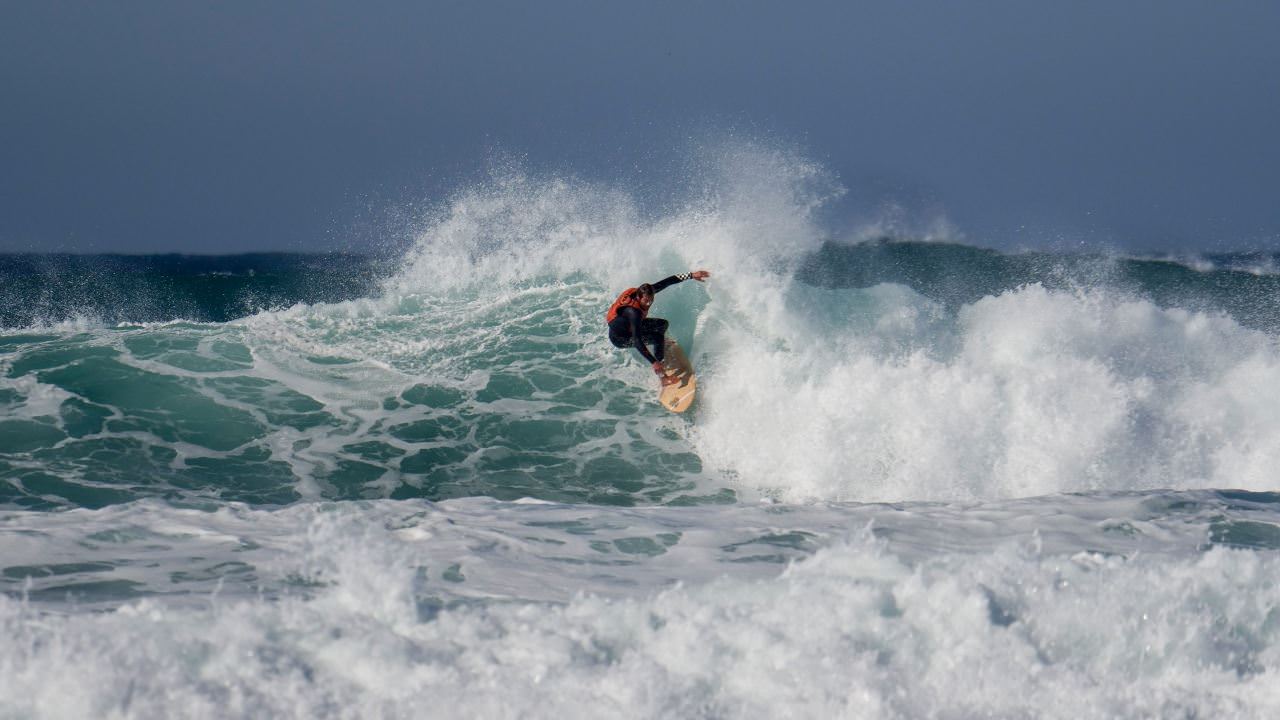 Panasonic cameras only use contrast detection for autofocus and not phase detection, like most other brands. Even so, the AF of the Panasonic G9 is faster. With single AF, the Panasonic G9 offers the fastest AF results of all system cameras (SLR and mirrorless) of all the brands we have tested (more than 50 camera/lens combinations). Because Panasonic focuses on the sensor signal, for both focusing speed and accuracy: Olympus and Panasonic cameras score very high in our tests when it comes to focusing precision.
With continuous AF, Panasonic has so far not managed to focus as quickly and accurately as the competition. But the Panasonic G9 does manage it: it focuses about as successfully in continuous shooting as a Canon 7D mk2. Both cameras are on the heels of the Nikon D500 for the title of best action camera.

The shots above are image excerpts from two consecutive pictures, shot with continuous AF at 20 frames per second, where I moved the central AF point from the white horse (first shot) to the brown horse (second shot). The Panasonic G9 succeeds in keeping these two horses, who are galloping toward the camera, with continuous AF. The performance is extra remarkable, because the shots are taken with a 200 mm f/2.8 telephoto lens, with a limited depth of field.
Another striking feature of Panasonic cameras is that they focus remarkably well in low light, regardless of the aperture you choose. Because a large part of the sensor surface is used for AF, the Panasonic G9 still focuses at -4EV. However, specifications do not say everything. Sony cameras have the same sensitivity according to the specs, but less in practice. Sony cameras focus at the aperture you have set on the camera. If you want to take a picture with a lot of depth of field in low light, then with a Panasonic (like with a Nikon) camera, you have the advantage over a Sony camera.

The Panasonic G9 body is slightly smaller than that of the Panasonic GH5, but it has a slightly larger grip, making the camera sit easier in the hand with a big telephoto lens. The dust- and splash water-resistant aluminum body is very solid and sits comfortably in the hand. The camera is sufficiently large to also provide plenty of space for operating all buttons. What took some time to get used to was that the shutter was set to very high sensitivity. When you press the shutter halfway, the camera will focus. But with the Panasonic G9, I initially took a picture right away when I only wanted to focus. The longer I used the G9, the fewer accidental shots I took.
Personally, I like to set a camera to aperture priority (landscapes or portraits) or shutter priority (action and sports photography) and then to use my index finger for aperture or shutter speed and my thumb for over- and underexposure, while the camera is set to auto ISO (with 3200 as the upper limit).
The Panasonic G9 shoots 60 images per second with pre-focus (AF-S) or 20 frames per second with continuous autofocus (AF-C) when using the electronic shutter. Thanks to a large buffer, the G9 also keeps that up for a long time: nearly 50 RAW + jpg shots in 1 series. 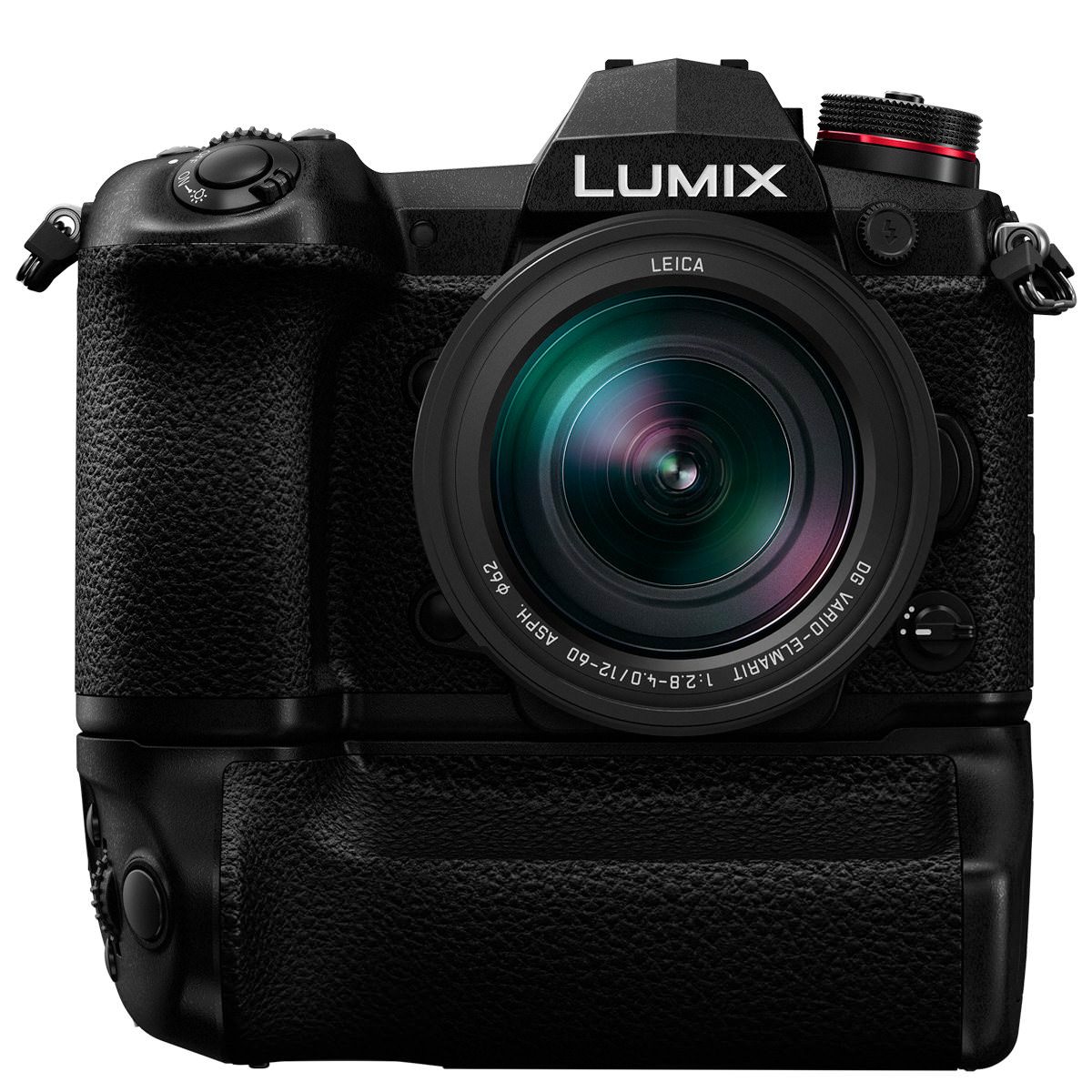 Note the new switch at the bottom right: this switch can be assigned to a series of specific menu functions. During the test, I used this button to quickly switch to night mode.

IMAGE QUALITY OF THE Panasonic G9 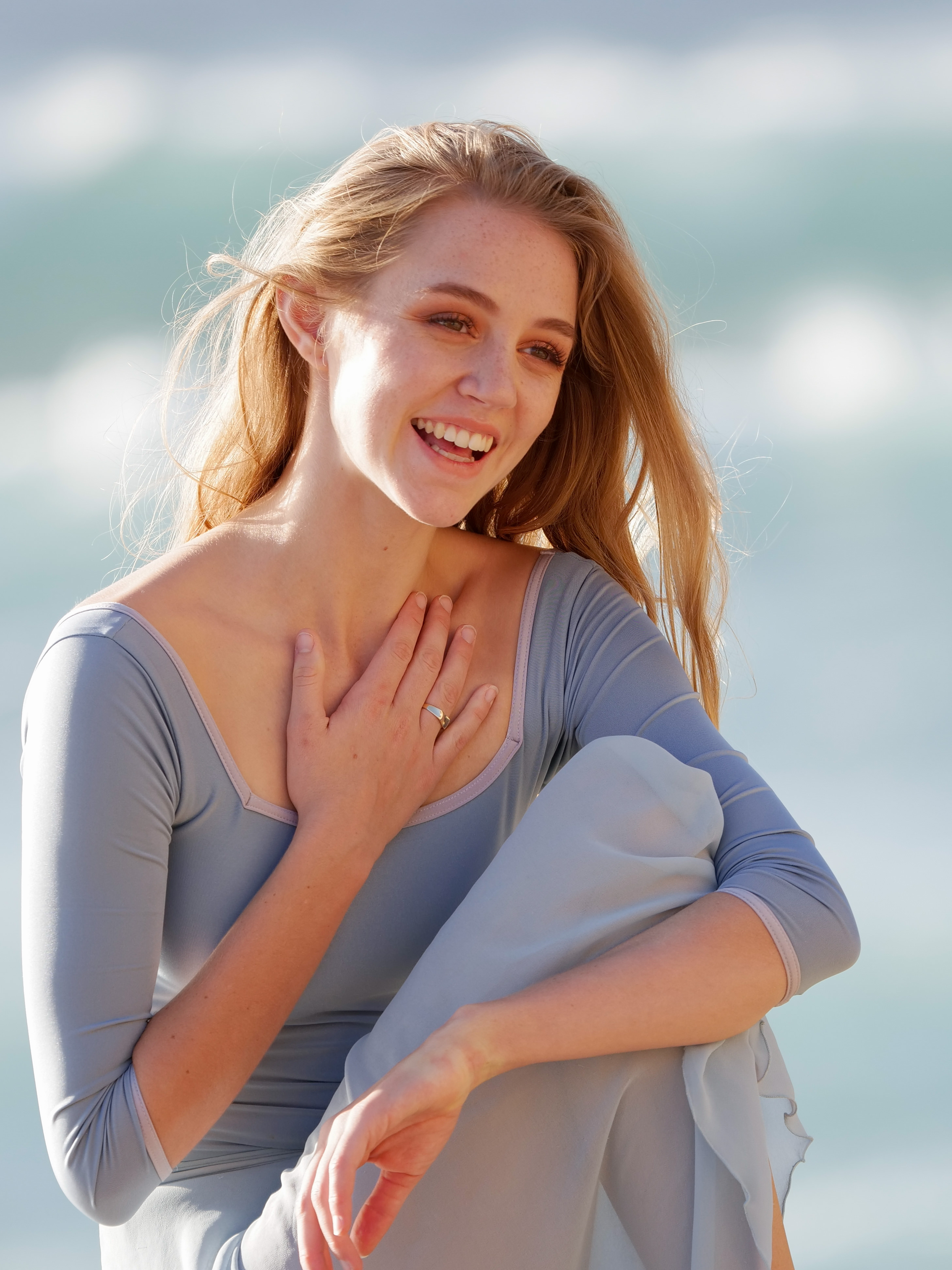 80-MEGAPIXEL SHOTS THANKS TO PIXEL SHIFt

As far as resolution, dynamic range and signal-to-noise ratio are concerned, the Panasonic G9 pixel shift shots are comparable to those taken with a Canon 5DsR, Sony A7R II or a Nikon D810.

Just like the Olympus OM-D EM1 mk2 and the Sony A7R III, the Panasonic G9 can control the image stabilization of the sensor so accurately that it is possible to make a series of shots in which the sensor is shifted by 1 pixel. In this pixel-shift mode, you can take up to 80-megapixel shots with ultra-high resolution. This feature is ideal for table-top and macro photography, where the subject does not move. For a landscape shot, it has to be so still that the leaves don’t move while the series of shots is taken. The results are impressive: thanks to the pixel-shift function, the Panasonic G9 can keep up with today’s very best full-frame cameras in terms of resolution. It is also possible to combine multiple shots into a 40-megapixel image, which is less affected by moiré and whose signal-to-noise ratio is better than that of a normal G9 image. Below you can see a YouTube video from Panasonic Australia with a demonstration of pixel shift on a Panasonic G9. 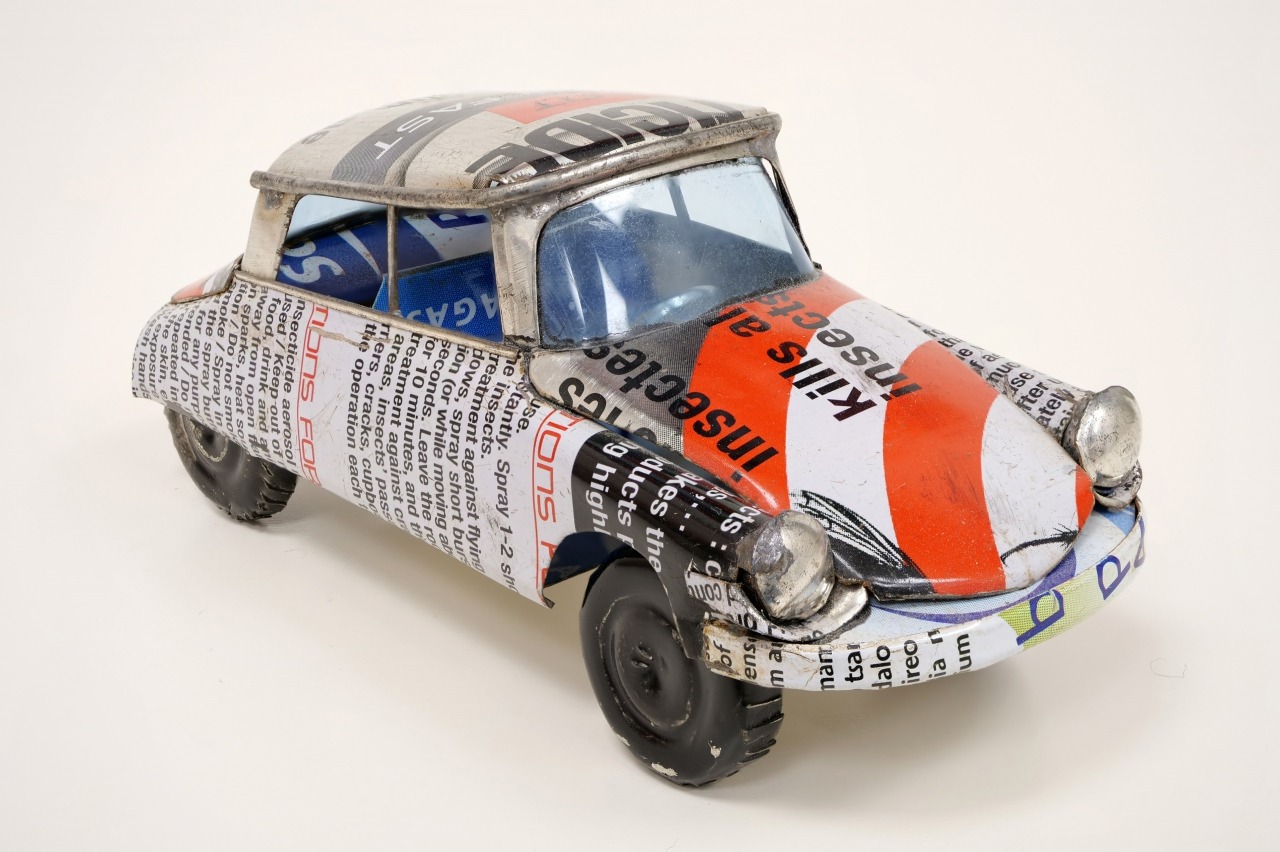 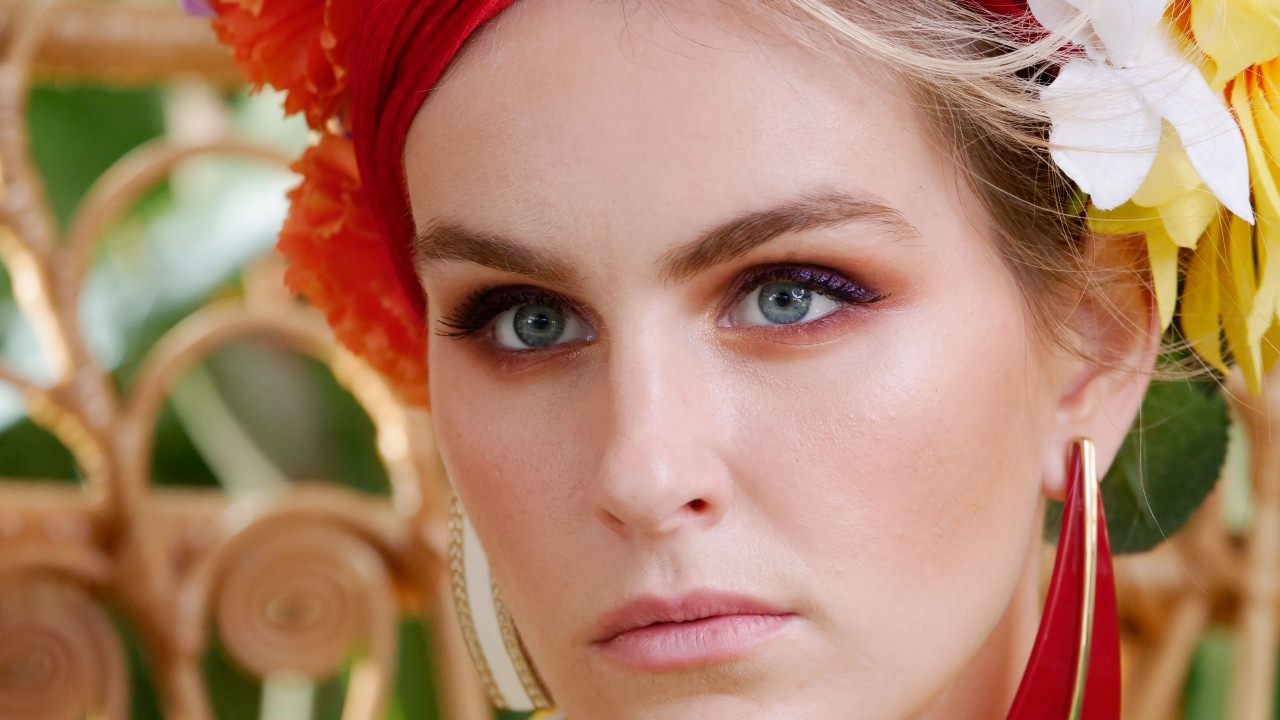 The jpg picture above directly from the camera was made under favorable conditions, with 3200 ISO. You would not think that looking at the image: there is less noise visible than you would expect for a 3200 ISO image made with a micro-43 sensor. With the Panasonic G9, I prefer 3200 ISO as the upper limit, but with some extra editing and/or favorable lighting conditions, you can go even higher.

We started this story with a 3200 ISO shot, made under optimal conditions, and we finish it with a shot made in a worst-case scenario. Under poor lighting conditions, the signal-to-noise ratio at higher ISO values (from 1600 ISO; 6400 ISO in the image below) shows the limits of the possibilities with a micro-43 sensor. 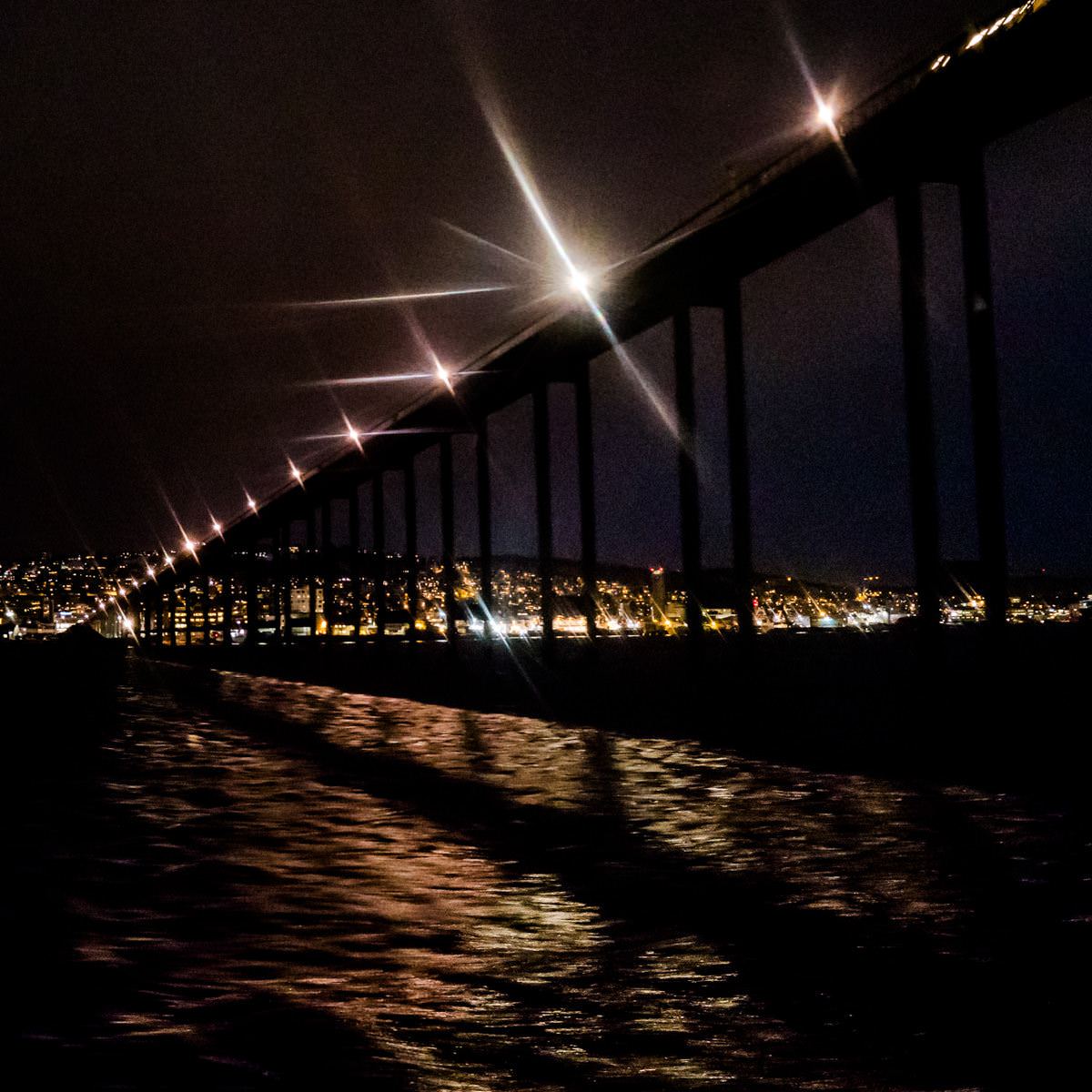 The video quality of Panasonic cameras has been cutting-edge in recent years. There are few cameras with which you can get 180 frames per second (180f) in full HD and 60 images per second in 4K (with a bitrate of 150Mbit/s).

The Panasonic G9 has, like other Panasonic cameras, a very user-friendly timelapse function.

For timelapse shots, an electronic shutter is absolutely preferred.

STABILIZATION IN LENS AND CAMERa

The Panasonic G9 is equipped with Panasonic’s most modern image stabilization (Dual IS 2), where camera and lens work together to keep the image as still as possible. That works even better than the Dual IS from previous Panasonic cameras and is so effective that Panasonic is now sharing the lead with Olympus when it comes to image stabilization. Duals IS 2 is currently only possible with a limited number of Panasonic lenses, where in some cases you first have to do a firmware update before benefitting from Dual IS 2. The shot below is made with the Panasonic 200 mm f/2.8 + Panasonic 1.4x converter (i.e. a field of view corresponding to a 560 mm lens on a full-frame sensor camera) and a shutter speed of 1/40 of a second! 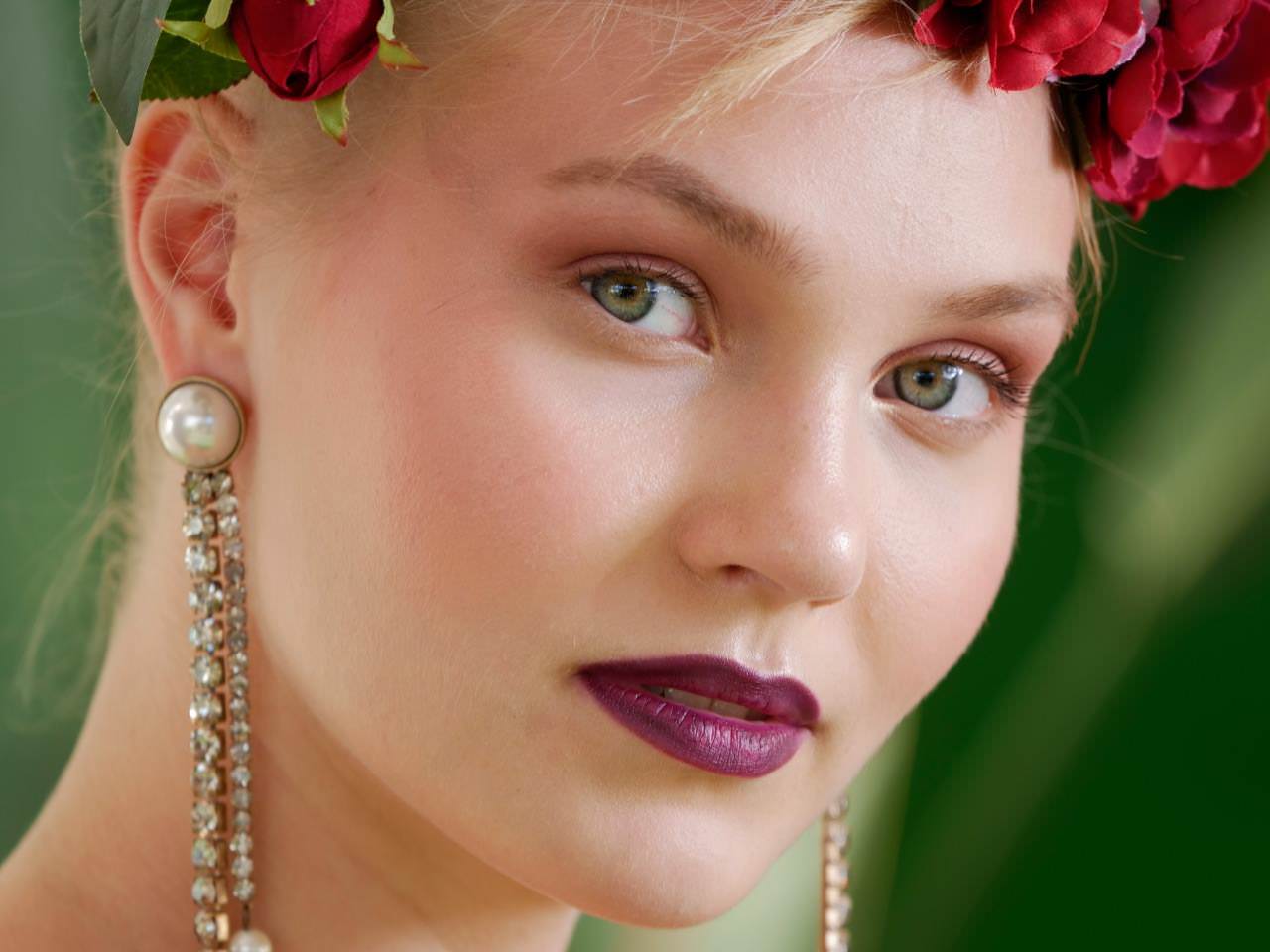 ​Click on the lens for specifications, price & test results.

The good ergonomics and easy-to-use buttons on the Panasonic G9 are important, but they do not make the camera unique in comparison with other professional cameras. The Panasonic G9 does distinguish itself (along with the GH5 and the Olympus OMD EM1 mk2) from the competition with a body that is not only dust- and splash-proof and freeze resistant but also has a freely turning and tilting touchscreen. The viewfinder of the Panasonic G9 (0.83x) is larger than the viewfinder of a Sony A9 (0.73x) or a Canon 1Dx mk2 (0.7x) and much larger than the viewfinder of the Canon 7D mk2. The combination of in-body stabilization with lens stabilization puts Panasonic, along with Olympus, on top when it comes to image stabilization. The video (image quality and capabilitites) of the Panasonic G9 are at least equivalent, but mostly better than comparable cameras from other brands. Finally, a silent shutter with a fastest shutter speed of 1/32,000, night mode, 40- and 80-megapixel high rezz mode, 4K and 6K photo are nice-to-have features that further distinguish the Panasonic G9 from all professional cameras on the market.