The LEICA DG VARIO-ELMARIT 12-60mm F2.8-4.0 ASPH. POWER O.I.S. is a new, high-quality all-around zoom from Panasonic. The lens has a very nice 5x zoom range, can focus very close up and has good brightness. What more could you want? 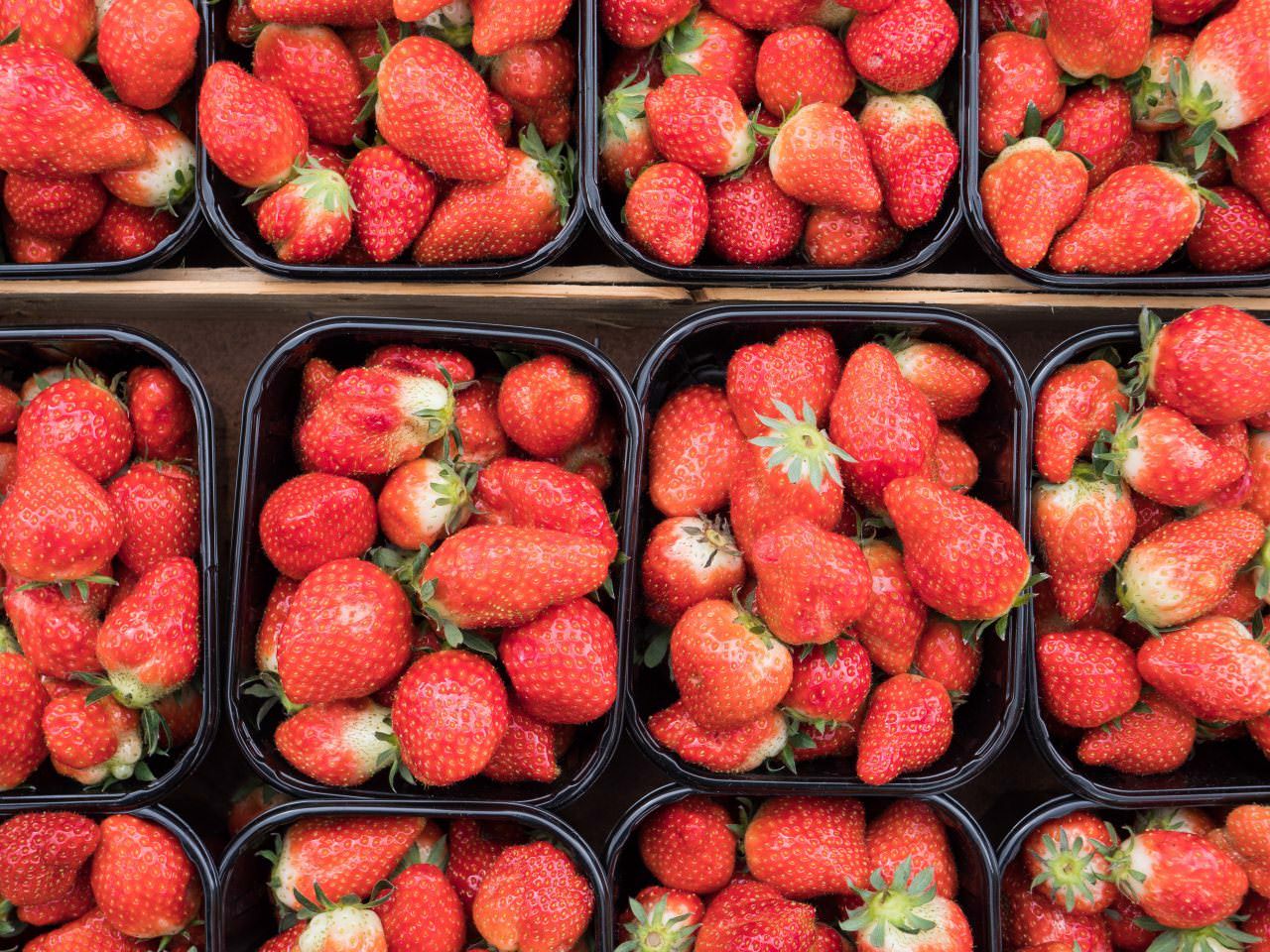 The LEICA DG VARIO-ELMARIT 12-60mm F2.8-4.0 ASPH. POWER O.I.S is the first lens in a whole new series of high-end zoom lenses from Panasonic. Next to the 12-60mm, an 8-18mm has been introduced and a 50-200mm is coming soon. The lenses have been developed in collaboration with Leica and are meant to meet the strictest requirements both optically and mechanically. To keep the lenses compact, they chose a variable largest aperture. The lenses start at f/2.8 and run up to f/4 when zooming in. That is not ideal for videographers, but it fits perfectly with the principles of Micro Four Thirds. Despite the larger zoom range and the better shortest set distance, the lens is only a fraction larger and heavier than the Panasonic Lumix G X Vario 12-35mm f/2.8. 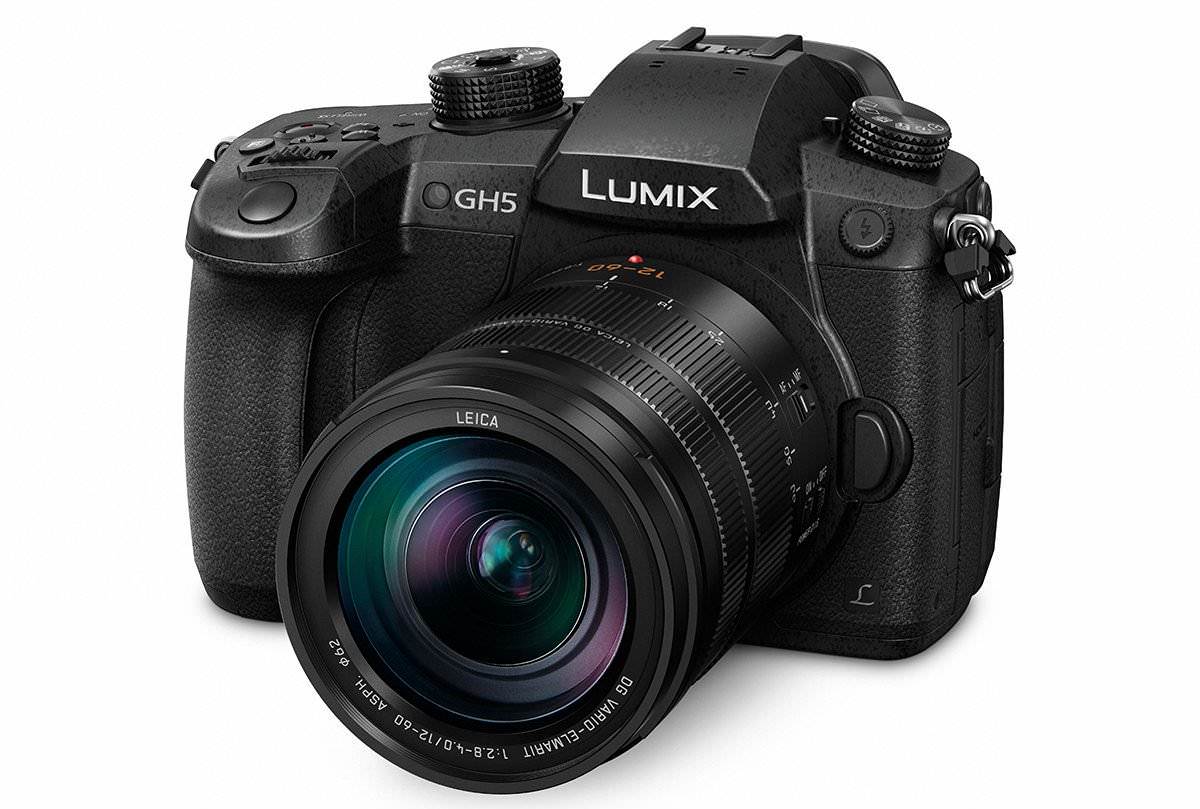 The lens is solidly built, but is not completely made of metal. For a lens that is so light, just 315 grams, that isn’t needed. Everything is nicely free of play and smooth. The engravings are in typical Leica style and colors, and the numbers are clear and easy to read. The lens has two setting rings. The more narrow one is for manual focus; the wider one, for zooming. The diameter of the zoom ring is also a bit larger than that of the focus ring, so that you will not confuse them in practice and can always get the right one by feel. When zooming, the VARIO-ELMARIT 12-60mm gets longer. The zoom is thus not internal, as it is on a number of telephoto zooms from Panasonic. The lens has two switches: one to change between autofocus and manual focus and one for turning the image stabilization on and off. A button for switching to manual focus is absent, for example, on the Lumix 12-35 f/2.8. For users of the top model cameras like the GH5 and the GX8, that’s no problem, but on the models below those, there is no separate button for the autofocus. That makes it nice to have one on the lens. There is also attention to detail in the locking of the lens hood, which will not simply come off. Accidentally removing it, as can easily happen with the 12-35mm, will not happen with the VARIO-ELMARIT 12-60mm. The lens is well-sealed against the elements, is frost-resistant, and has separate padding on the back. On the front lens element, there is also a coating that ensures that moisture and grease will not easily stick to the lens. In practice, the effect of that was clearly noticeable. You can easily wipe off a greasy fingerprint. 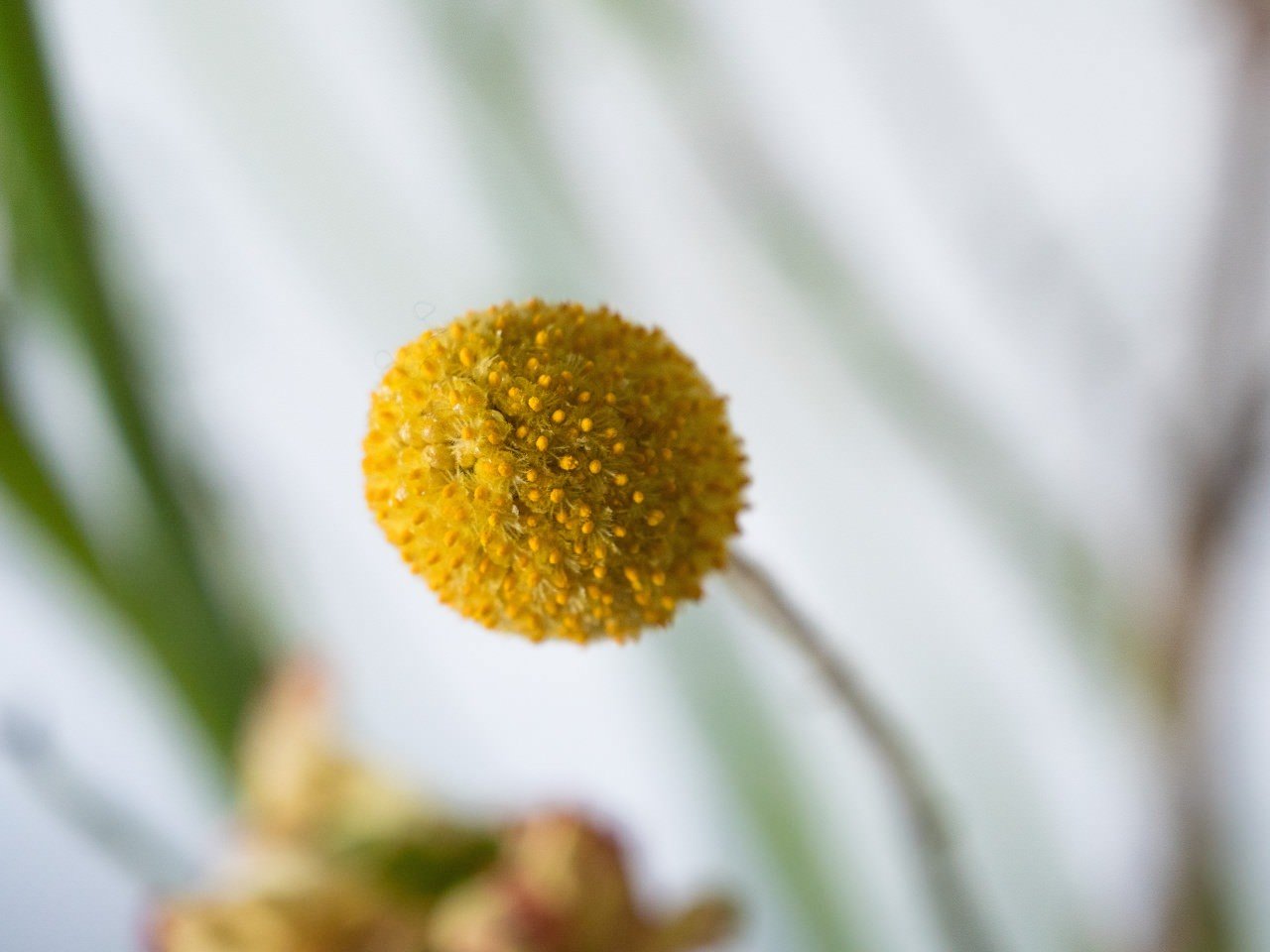 The VARIO-ELMARIT 12-60mm can also focus quite close up. In the wide-angle mode, the shortest set distance is 20cm; in the telephoto mode, it is 24cm. Those are the distances from the sensor. In practice, the distance from the front lens to the subject at 60mm is around 9cm. The 12-60mm achieves a magnification in the telephoto mode of 0.3x. Converted to 35-mm equivalent, that is an enlargement of 0.6x. You can just fit a subject of around 5.5×4 cm completely in frame. With the VARIO-ELMARIT 12-60mm, you can thus also take reasonable macro photos. For the real macro fans for whom 1:1 is a minimum requirement, it will not suffice. But for photographers who want to shoot a quick detail, it works. 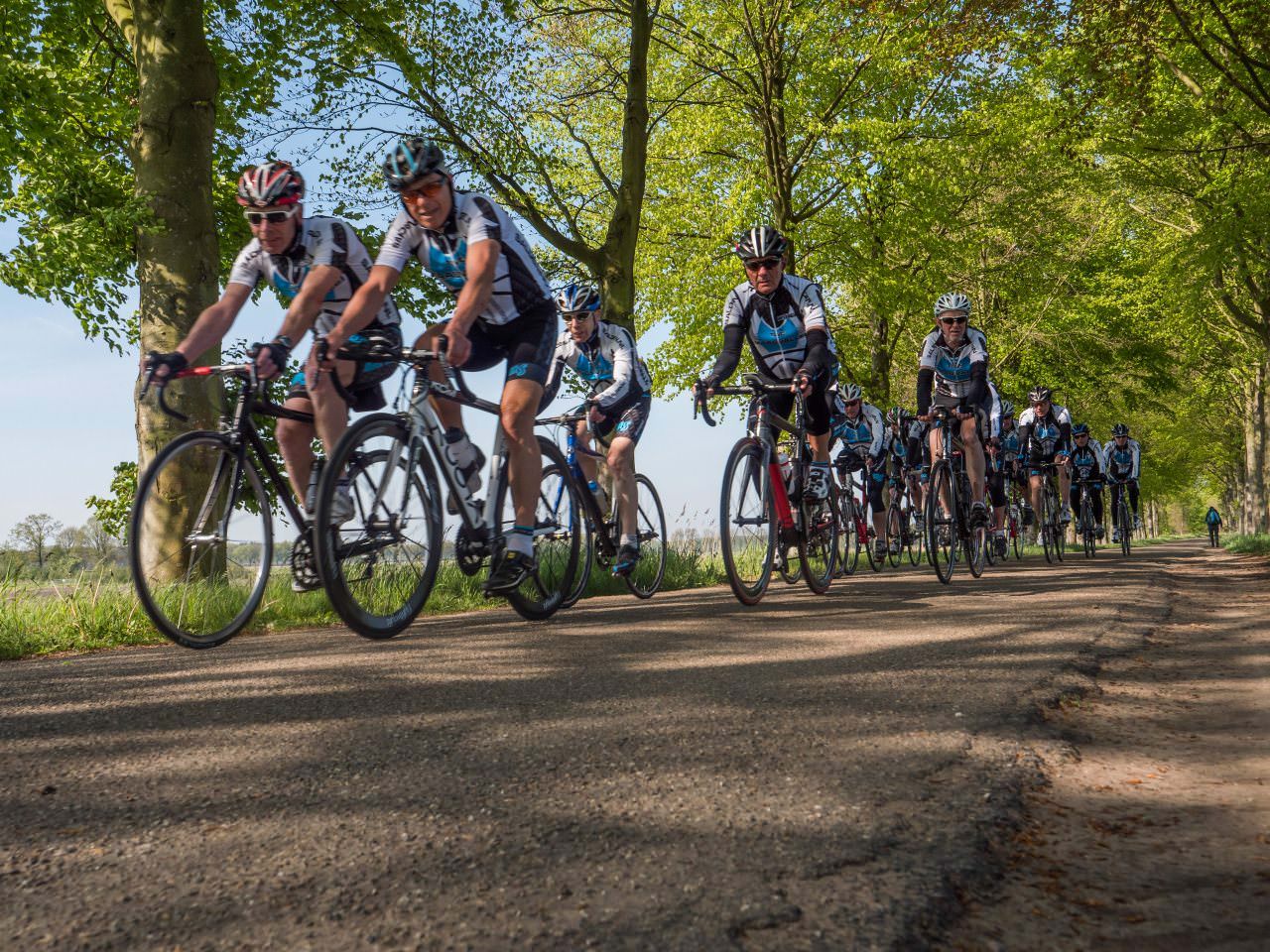 The optical performance of the VARIO-ELMARIT 12-60mm is outstanding. You achieve the highest center sharpness across the whole range at full aperture. The corners lag a bit in the wide-angle mode, but the difference is not great. Stopping down results in general in a small improvement in the corners, while the center sharpness actually decreases a bit. To the eye, however, there will be little difference between everything from f/2.8 to f/8. Even f/11 is still quite usable. With most zoom lenses, the sharpness is generally lower in the longest zoom mode. With the VARIO-ELMARIT 12-60mm, however, that is not, or is hardly, the case. At most we measured a small dip in the sharpness of the corners between 15mm and 25mm. In practice, the lens scores so well and so evenly that you will really only use the aperture to let in more or less light and to influence the focal depth. The old adage of ‘stop down two stops for the best result’ can be tossed out here. That is remarkable, and doubly remarkable for a 5x zoom lens. 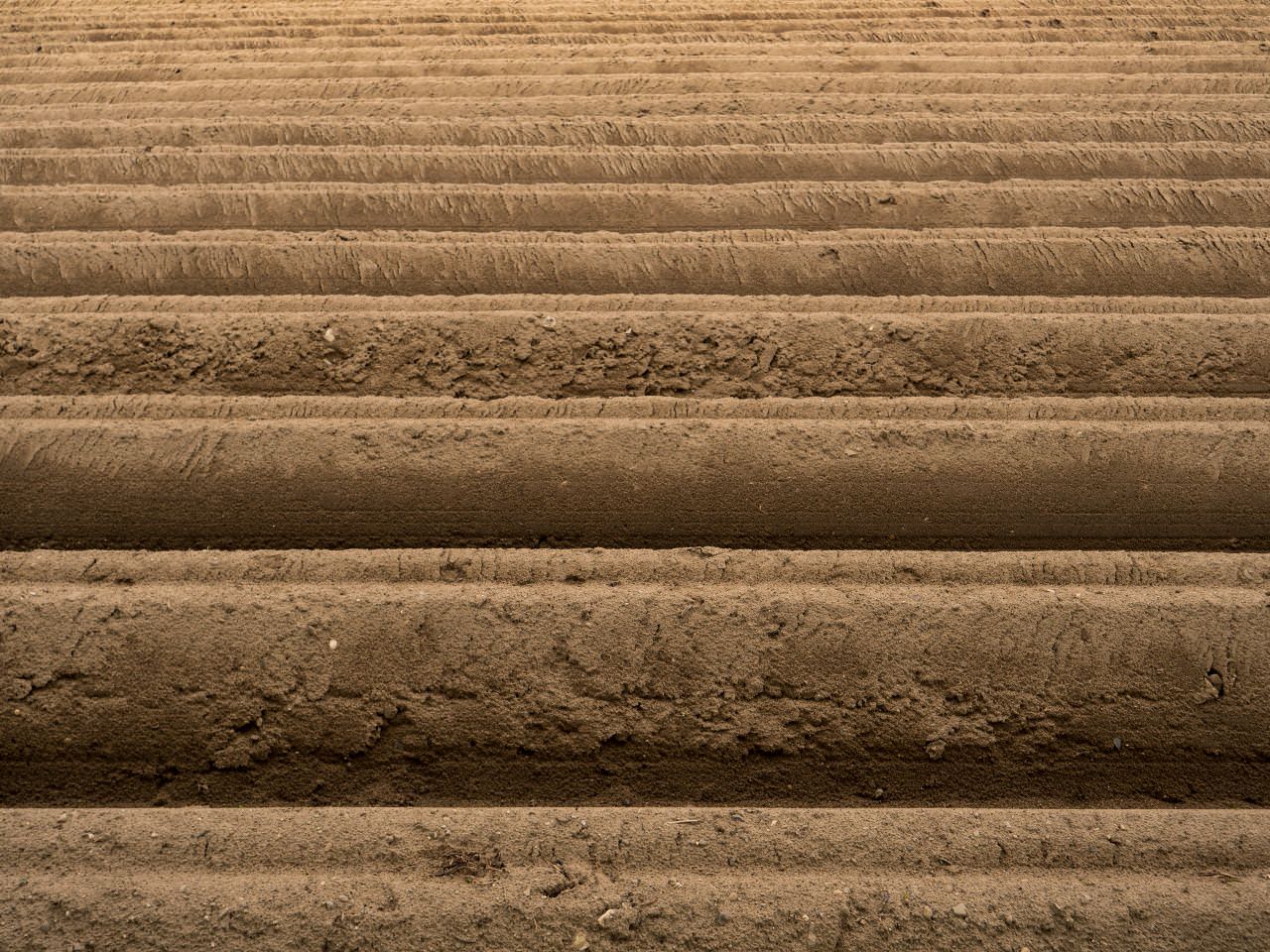 The VARIO-ELMARIT 12-60mm has the newest generation of Power O.I.S. image stabilization. That makes it the ideal partner for the Panasonic GH5 and the G80, for example. The combination of the optical two-axis stabilization of the lens with the five-axis built-in image stabilization of these cameras, DUAL IS 2, ensures outstanding results. You see that in the long shutter times that you can use when taking pictures. But you see it best in video recordings. With DUAL IS 2, vibrations and small movements are effectively dampened. You can even imitate dolly and glider shots when shooting by hand.

In this zoom range, however, there is a lot to choose from. There is, for example, the considerably less expensive Lumix 12-60mm f/3.5-5.6. This lens is also lighter and smaller. On the other hand, the Lumix 12-60mm is not as bright, has less advanced image stabilization and is not as weather resistant as the VARIO-ELMARIT 12-60mm. Optically, the Lumix also has to acknowledge its superior in the VARIO-ELMARIT. You see that especially in the telephoto mode.

Another competitor from its own family is the Lumix G X VARIO 12-35mm f/2.8. A new version of this just appeared with improved image stabilization. The two lenses are about the same size and weight. The magnification of the Lumix is not as good as that of the VARIO-ELMARIT. But the choice between the Lumix and the VARIO-ELMARIT 12-60mm is primarily about the choice between a shorter zoom range with fixed brightness or a longer zoom range with variable brightness.

There are also two lenses from Olympus worth considering. Those are the M.Zuiko PRO 12-40mm f/2.8 and the M.Zuiko PRO 12-100mm f/4. Optically, these are certainly in the same category as the VARIO-ELMARIT 12-60mm. One has a bit shorter zoom range but higher brightness, and the other has a longer range but is f/4 across the whole zoom range. In principle, these lenses can be used without any problems on Panasonic bodies. Panasonic and Olympus, however, have increasingly developed their own technology in recent years, and the differences between the two brands, even though they use the same mount, have increased. With the Olympus lenses on a Panasonic camera, you will not be able to use Panasonics DUAL IS, even though Olympus has a similar system. You will also miss the advanced DFD autofocus of Panasonic. Without DFD, Panasonic’s contrast detection system is considerably less advanced. Those who want to make optimal use of a Panasonic camera will thus do well to use Panasonic lenses, like the VARIO-ELMARIT 12-60mm.