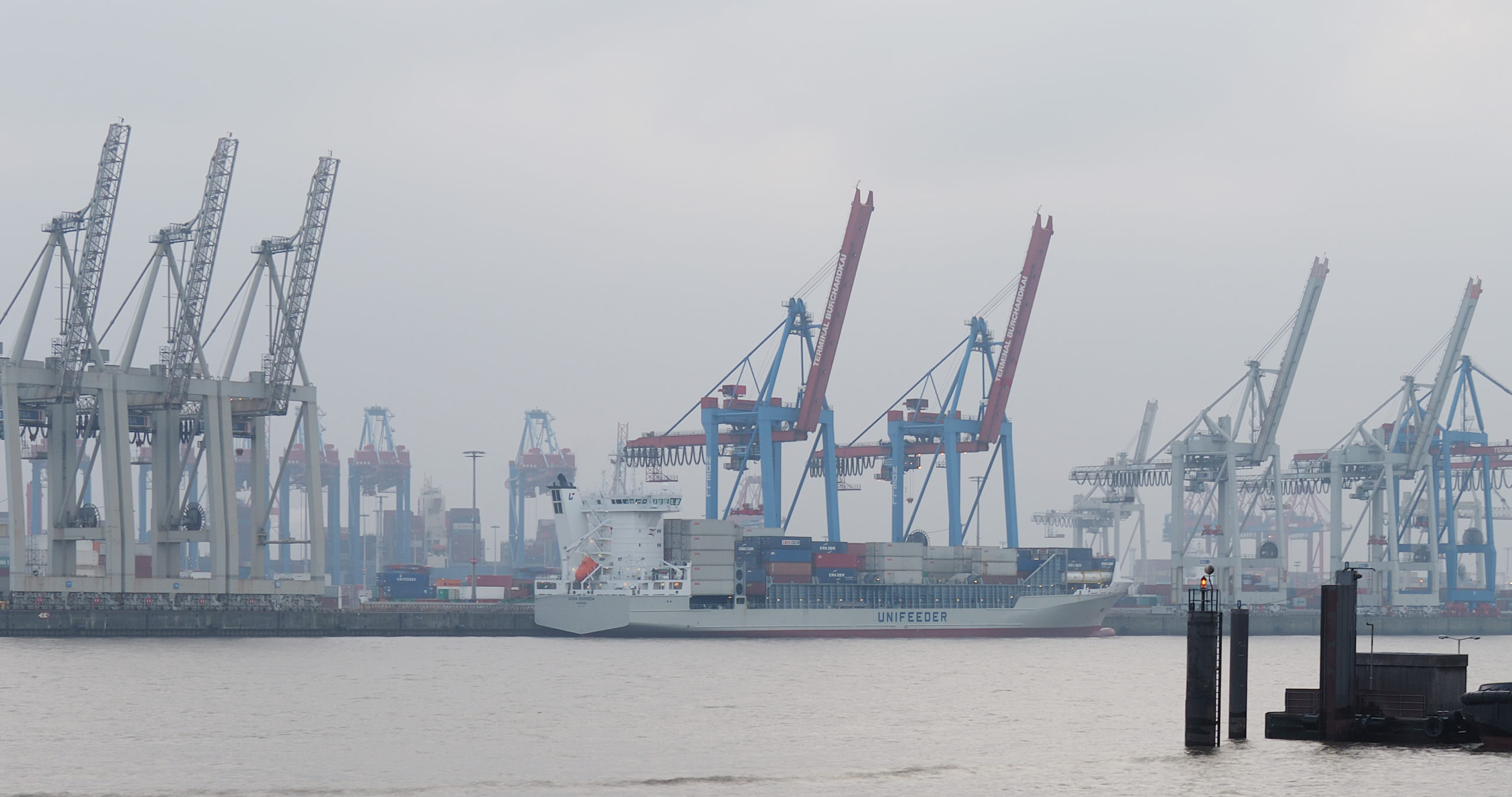 The Olympus OM-D E-M1X looks at first glance like an E-M1 Mark II with a fixed grip.  That similarity is not strange, because it is of course a member of the E-M1 family. But the ‘X’ is a lot more than a Mark II with an extra battery. The autofocus has been improved. The weather resistance, which was already very good on the earlier models, now meets the official IPX-1 standard. And it is the first camera with which you can take high-res multishot shots by hand.

The Olympus OM-D E-M1X is not the successor of the E-M1 Mark II, but an extra model for photographers who want a few more options on their camera. The Olympus OM-D E-M1X can therefore be seen as an E-M1 Mark II in overdrive. It offers everything the Mark II offers, plus a number of extras. Those who want a good overview of the possibilities of Mark II can read the Mark II test here.  A brief overview of the capabilities that the two cameras share: a shooting speed of up to 60 images per second in ProCapture, 18 images per second with the electronic shutter and 15 images with the mechanical shutter. Both have the same 20-megapixel sensor with phase detection AF. 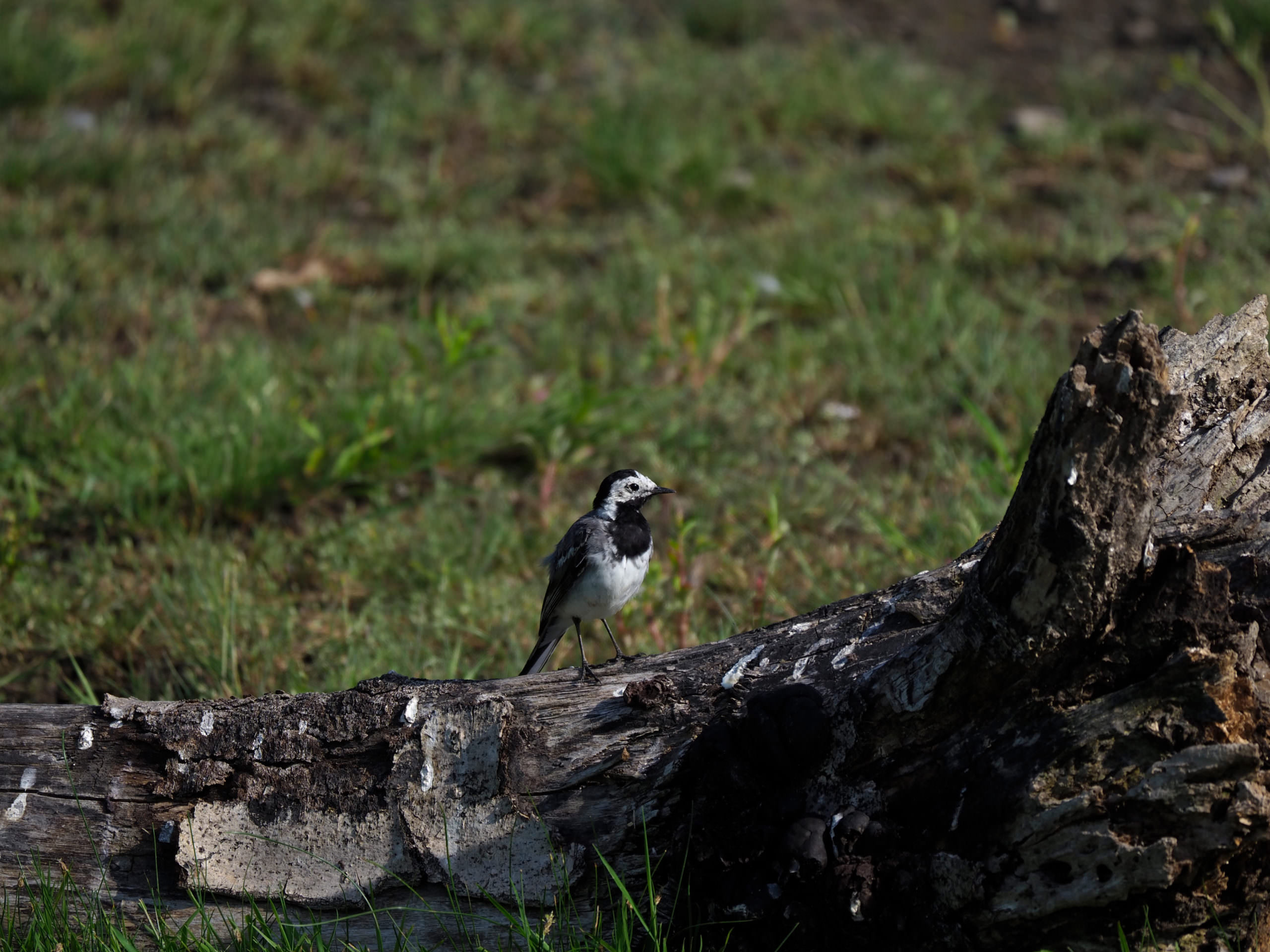 The Olympus OM-D E-M1X builds on those impressive specifications. The 20-megapixel Micro Four Thirds sensor is supported in the E-M1X by no fewer than two TruePic VIII processors. This ensures better functioning of the AF system. That has become both faster and more accurate.  The extra computing power also improves image quality, especially at higher ISO values. The processors have the greatest influence on image stabilization. That is now so good that it is possible for the first time to make handheld shots of 50 megapixels, 2.5x the sensor’s own resolution. Simulating shots with a slow shutter speed is now also possible with the Live ND filter. In both cases, multiple shots taken in quick succession are merged in the camera. 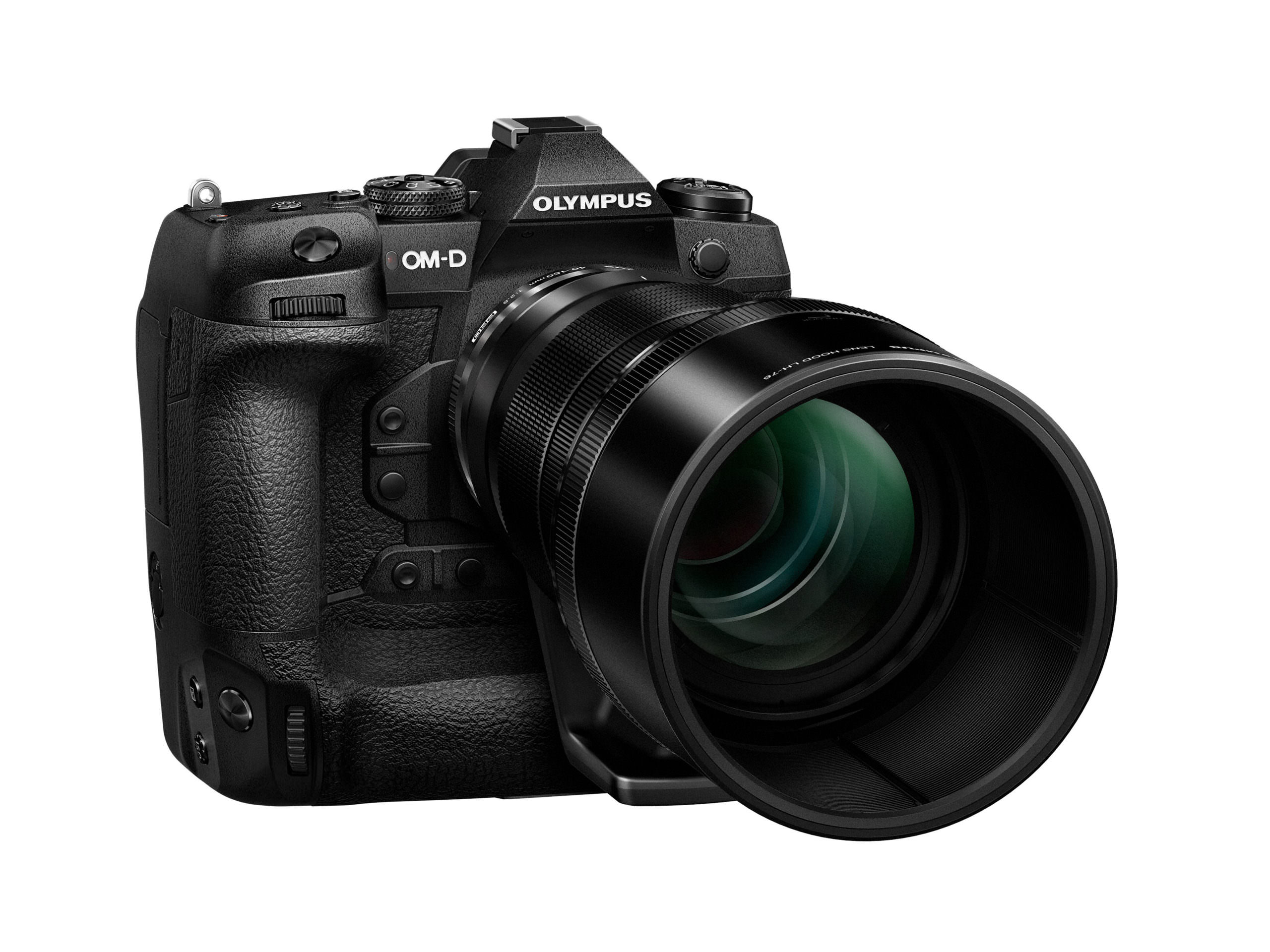 Place your Olympus OM-D E-M1X next to the E-M1 Mark II and then of course you immediately notice the big grip. The grip is – just like on the Canon EOS 1D X and the Nikon D5 – a fixed part of the camera. Two batteries fit in, and the grip has a full set of controls. There is even a second joystick on the back of the camera so that you can operate the camera in exactly the same way, whether you are holding it horizontally or vertically. 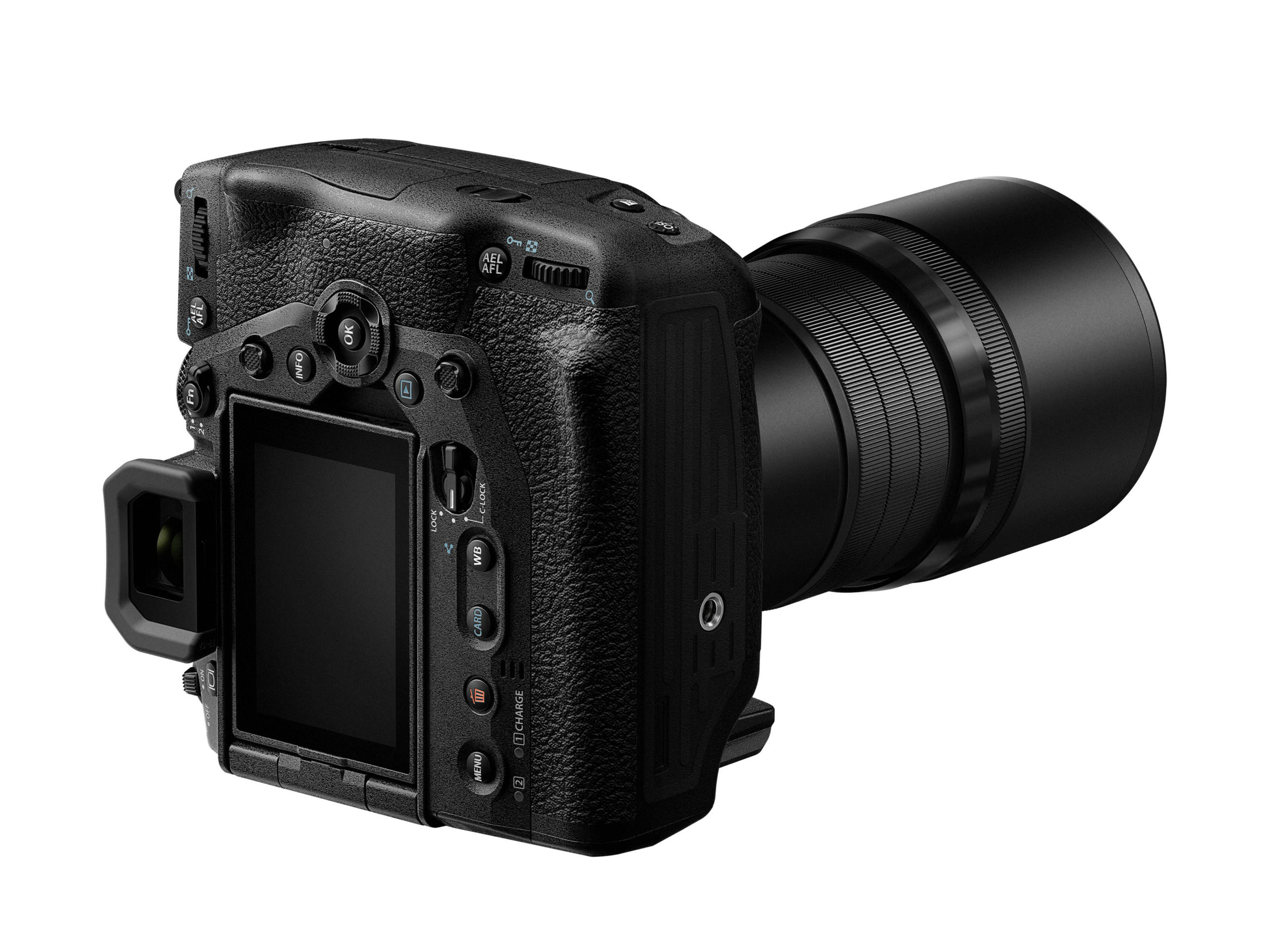 An unusual addition to the camera is a separate heat sink. That prevents the sensor of overheating with fast shooting sequences and video. The Olympus OM-D E-M1X is one of the most robust cameras we have seen. Olympus already has a great reputation for weather resistance, but the E-M1X takes it up another level. The camera has an IPX-1 rating. You can’t quite use it underwater, but the E-M1X withstands rain, snow or sandstorms with ease.

The image quality of the Olympus OM-D E-M1X largely corresponds to that of the E-M1 Mark II (link).  It has the same 20.4-megapixel sensor. That means that the E-M1X has a good dynamic range, excellent detailing at low ISO values and a bit more noise at higher ISO values than cameras with a larger sensor. The Olympus is great for shooting up to ISO 3200, and, with some extra noise reduction, preferably in RAW, also at ISO 6400. We prefer not to go beyond that.

Where the E-M1X clearly offers something more than the Mark II is in high res mode. That works – for the first time- when shooting by hand. Where with all other cameras, you can only use the high res multishot mode on a (sturdy) tripod, the hand-held option on the E-M1X is a real breakthrough. The camera takes 16 shots in this mode, which are merged into a 50-megapixel jpg or 80-megapixel RAW file. Does it work? See for yourself. The picture at the top of this article is a 100% excerpt. From a standing jpg shot. And then the image had to be trimmed on the left and right. The total size of the images in this mode is an impressive 8160×6120 pixels in jpg. It is a nice extra option, although you have to be careful with moving objects in the picture, as with all multi-shot pictures. The Olympus can partly calculate that away, as long as it is not too extreme.

The Olympus OM-D E-M1X is not only a great camera for sports or nature photography but also a good camera for filming. The E-M1X can film in Full HD and 4K. The latter is possible both in UHD (3840×2160 pixels) and in the slightly wider and therefore slightly more cinematic DCI format (4096×2160 pixels), at both 24 and 30 images per second. Unfortunately, no 60 images per second in 4K. In Full HD, you have the option of slow motion, up to 120 images per second. The camera has no crop, not even when filming in 4K. So the field of view that you have when you take pictures is the same when you film. That’s nice, and it makes switching from photography to film easy. The OM-D E-M1X can use a log profile and has both microphone and headphone inputs. The camera can output video via the HDMI port in 8 bit 4:2:2. The image quality is good, although it is not the very best in video. But the good autofocus in video and in particular the extraordinary image stabilization ensure that the E-M1X is a great video camera for the videographer who needs to be very mobile.

While Panasonic insists on contrast detection AF, Olympus has started to apply phase detection more and more, and that is a good thing. It ensures that the E-M1X has the best autofocus of all Micro Four Thirds models for sports and nature photography. The camera has 121 cross-type AF focus points. The tracking is good in continuous autofocus, but not perfect and not yet at the level of the very best full-frame cameras. You can still lose your subject sometimes. Clearly this happens much less with subjects for which you can use the Intelligent Subject Tracking AF, autofocus with artificial intelligence. The E-M1X has algorithms to track trains, planes and cars and motorbikes. And that works very well. It would be nice if Olympus could quickly expand this technique to more subjects.

The Olympus OM-D E-M1X is full of special features that you will not find on many other cameras. Most are already known from other Olympus models. This includes, for example, the unique way in which you can shoot with the Olympus with slow shutter speeds. In Live Time, you see the image slowly build up, and you can interrupt the exposure when it is sufficient. The Pro Capture option mentioned before can also only be found on Olympus cameras. Two options are unique for the E-M1X: hand-held high-res multishot and Live ND. With Live ND, the camera simulates the use of strong gray (ND) filters that photographers use to get slow shutter speeds. The E-M1X does this by combining a number of shots with short shutter speeds into one that precisely shows movement in the image. It is a technique that works very well with running water, for example. With Live ND, you do not see every single wave and every drop of water as if they were frozen, but the water seems to be flowing and moving.

If you look at the speed and functionality of the Olympus OM-D E-M1X, then comparing the camera with the Canon EOS 1D X and the Nikon D5 is an obvious choice. Thanks to its mirrorless design, the Olympus can shoot even more images per second than the Canon and the Nikon, and the Pro Capture capability ensures that you really don’t have to miss a moment. When it comes to robustness, the Olympus is certainly at the level of the two top cameras from Nikon and Canon. The Olympus scores a fraction less on two points. The first is the focus tracking in continuous autofocus. That is good, but slightly less good than on the other two. The other point is the noise at higher ISO values. That is of course not surprising, given the smaller sensor size. On the other hand, with the Olympus you can use lenses that have half the focal length for comparable fields of view. For a shot for which you need a big, heavy 600 mm for the Canon or Nikon, you only need a 300 mm for the Olympus. And that is not only lighter and smaller, but also cheaper and more portable. The same also applies to the camera itself. It is also both cheaper and lighter than the Nikon or Canon. The Olympus is therefore attractive if budget is important. But even if that is not the case, the Olympus is a good choice if you want to take (a lot of) equipment with you to places that are difficult to reach and you don’t want to carry too much weight. For example, because you have to walk a lot with the equipment or can’t take too much on the plane.

Curious about the performance of the Olympus OM-D E-M1X in practice? Click on the button below and visit our renewed web gallery with sample images. The images can be downloaded in full resolution to be viewed at 100%.

The Olympus OM-D E-M1X is a lot of camera. Literally and figuratively!

The Olympus OM-D E-M1 Mark II is already a very good camera. The OM-D E-M1X is the camera for those for whom the Mark II is not enough. It is a camera for photographers with special wishes. If you’re that photographer, you will find the bigger dimensions no problem. Or maybe even a big plus. The camera sits great in the hand, the controls are very refined, and it works always and everywhere, from the Serengeti in the summer to Alaska in a winter blizzard.