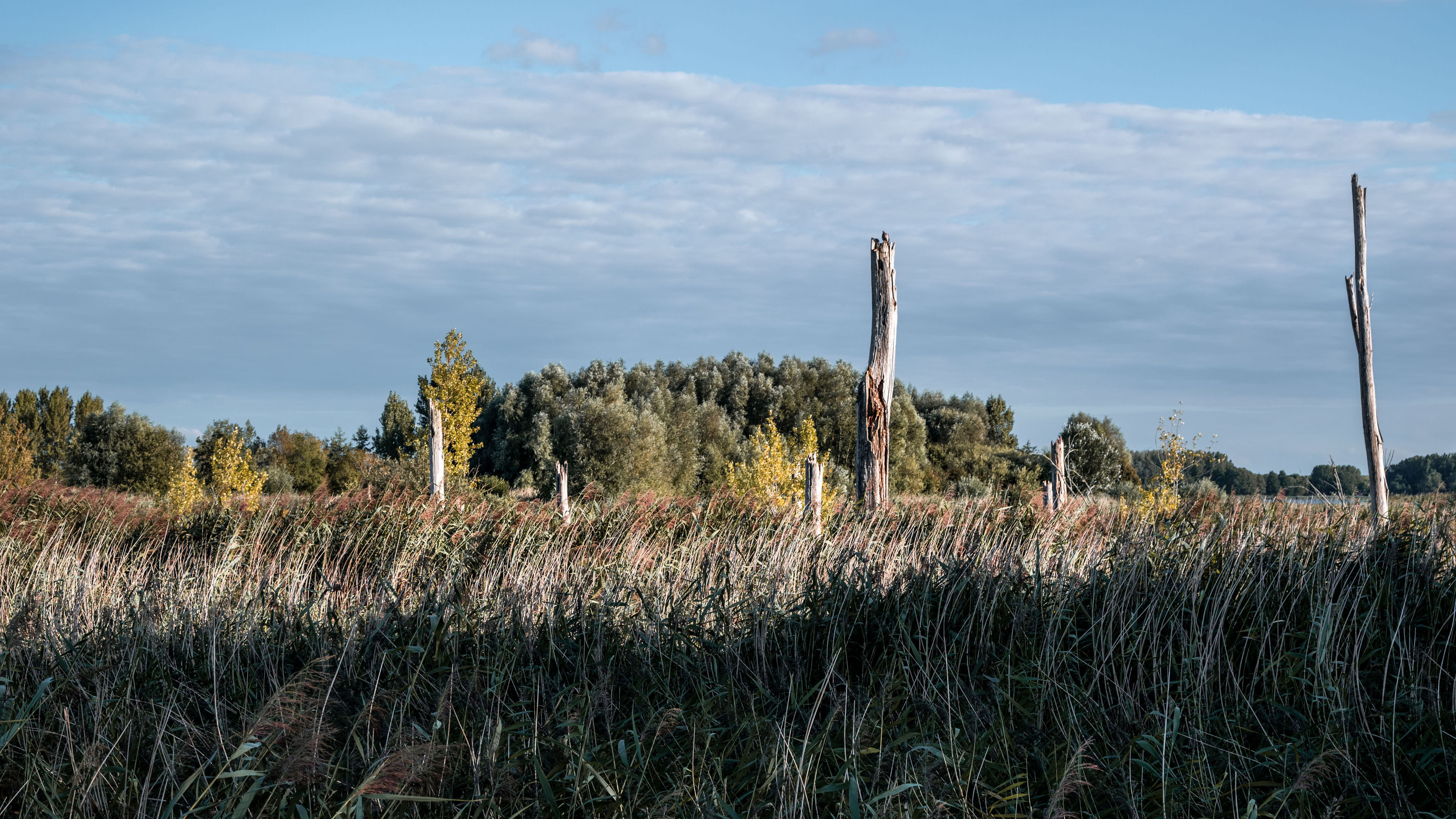 The Nikon Z5 is a competitively priced full-frame entry-level model from Nikon. The camera is slightly simpler than the Z6 and Z7 yet, certainly for photography, surprisingly complete. You can also film with the Z5, although the Z6 and Z7 are really better at that. If you’re looking for a good camera to take photos with, and not a really hybrid device, then the Z5 is a good choice.

For photographers, the Nikon Z5 is a very complete entry-level model with almost everything you could wish for.

The Nikon Z5 is a new “entry-level” model from Nikon, which comes below the Z7 and Z6. Entry-level models are often heavily stripped-down cameras with fewer controls and a lesser build quality. This is not really the case for the Z5. The camera is surprisingly complete and is also weatherproof. 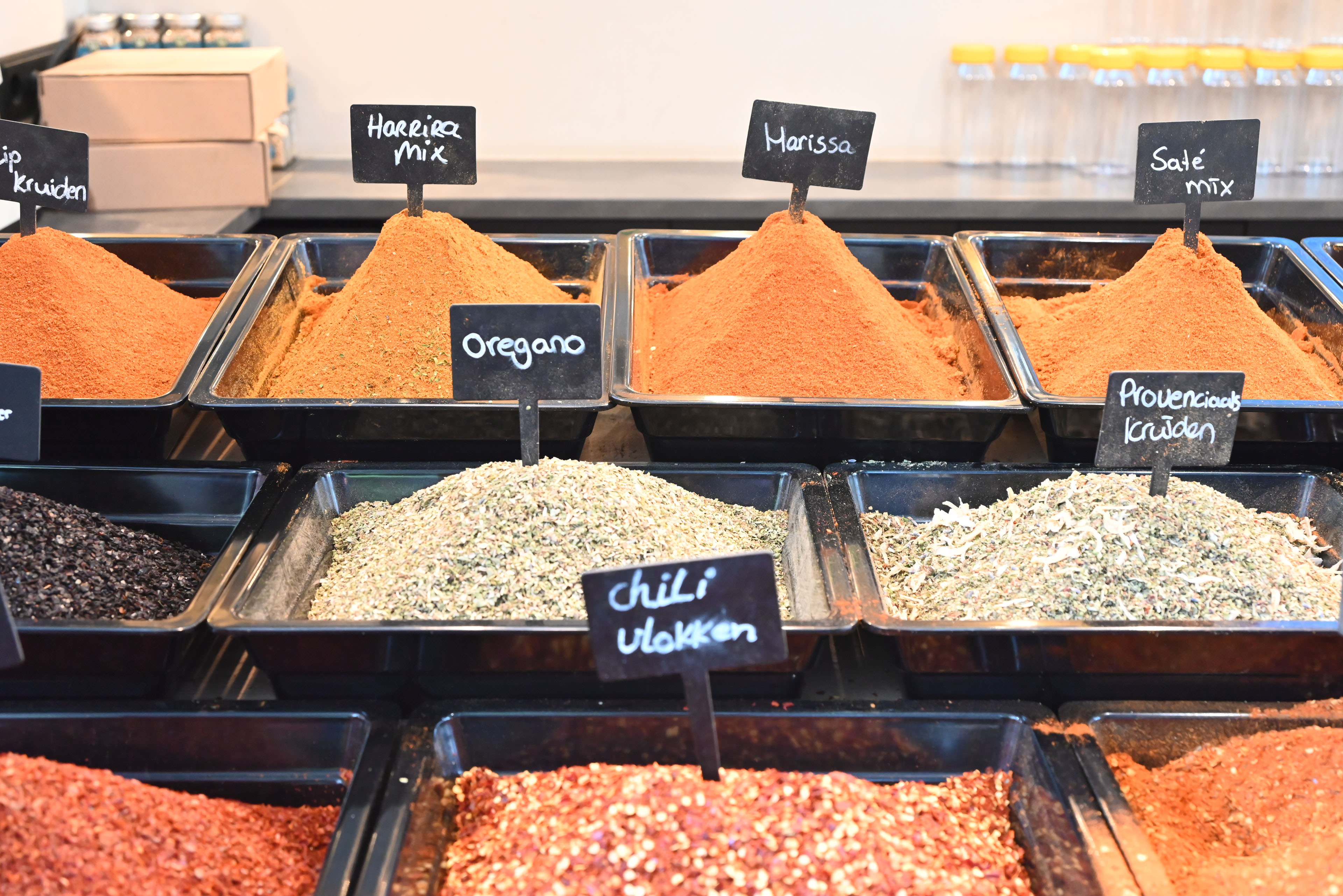 The Nikon Z5 has everything you could want in a camera. Full-frame 24-Mp sensor? Yes. Image stabilization in the body? That too. Phase detection autofocus across the entire image? Touch-sensitive screen, OLED viewfinder, microphone and headphone jack, two card slots, Full HD and 4K video, Time Lapse, WiFi, and Bluetooth? Yes, it has all that. What makes this camera less than the existing models? Mainly the details. A bit more plastic has been used for the body, and the camera does not have an LCD screen on the top. The screen can only tilt and not turn. The speed is also lower, despite the Expeed 6 processor that is also used in the Z6. The camera also lacks some advanced video features. For professionals, these may be reasons to look at a Z6 or Z7. For anyone who just wants to take beautiful photos, the Z5 offers pretty much everything you could want. And if you limit your videos to Full HD, then the Nikon Z5 is also a decent video camera. 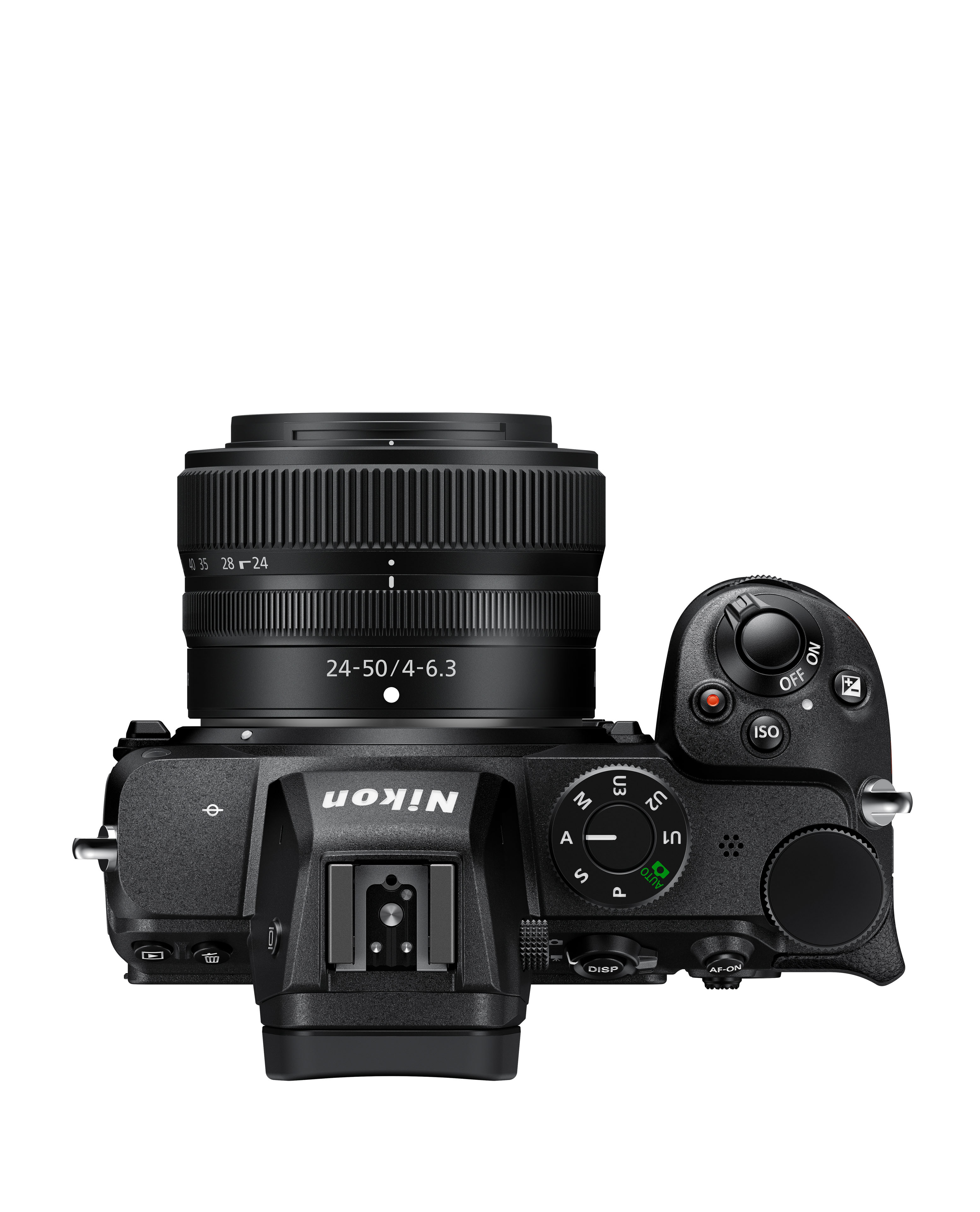 The Nikon Z5 is about the same size as the Z6 and, oddly enough, weighs the same. This is remarkable because the Z5 has a body made of magnesium alloy and plastic, whereas the Z6 is made entirely of magnesium alloy. The two cameras also look very similar, which is a good thing. That means you can easily use them together. There are, of course, differences. The Nikon Z5 does not have an LCD on the top cover, but a traditional selector for the shooting modes. The screen is also different. It does not turn, but it can be tilted. 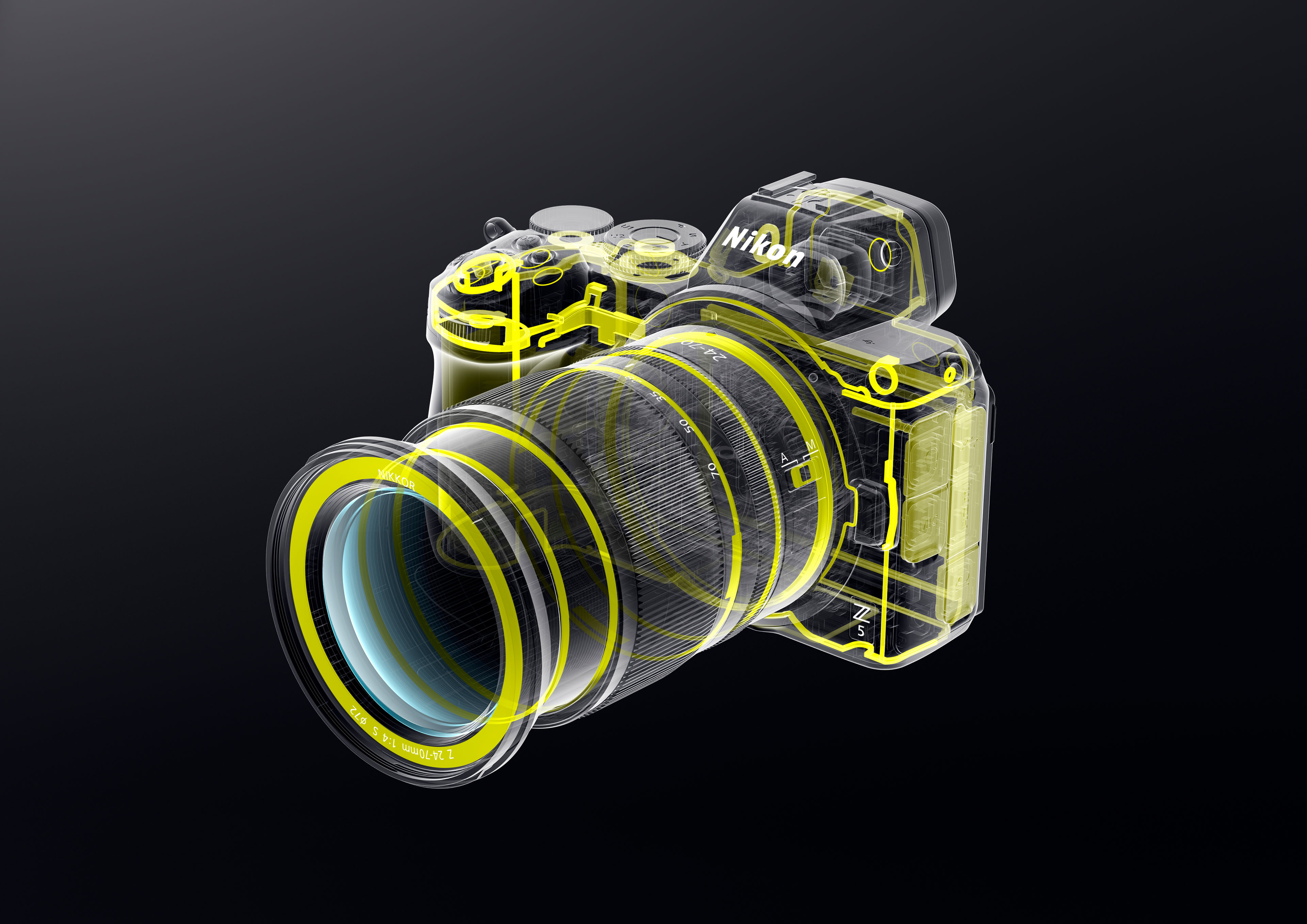 The Z5 is Nikon’s new entry-level model. Even so, according to Nikon, the camera is certainly as weatherproof as the Z6 and Z7, and that is great. What is also great is that the Z5 has two card slots. Both slots are also suitable for fast UHS-II SD cards. The camera has a headphone and microphone input and a USB-C connection. 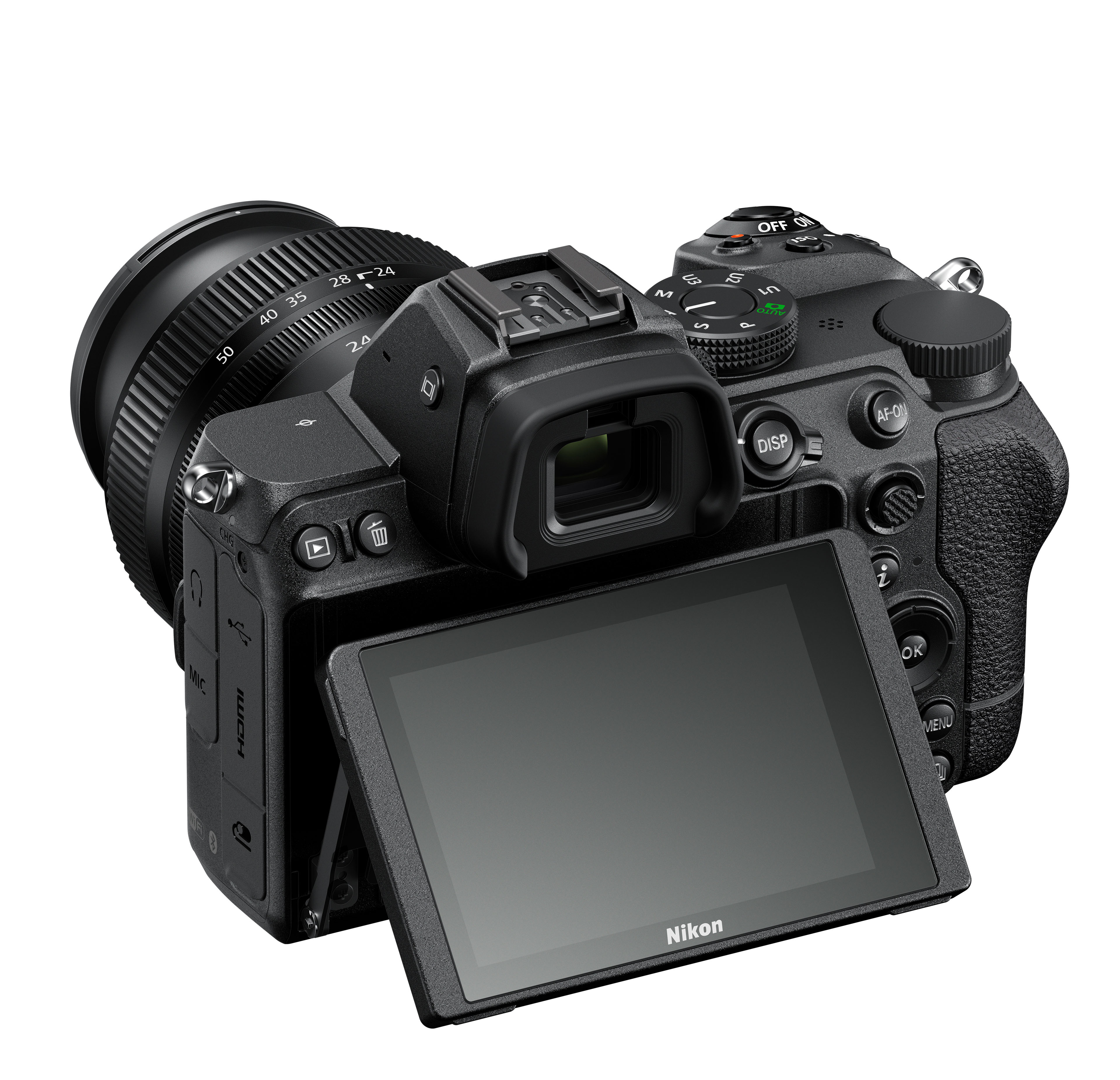 The Nikon Z5 has an OLED viewfinder with 3.69 million dots and a viewfinder magnification of 0.8x. That’s a big viewfinder and the same as on the Z6.  It’s really nice to have a really good viewfinder even on an entry-level model. The TFT screen is 8cm in size and has 1 million pixels. The dimensions are the same as the screen on the Z6, but the resolution is halved. It can only tilt and not turn. It is touch sensitive. 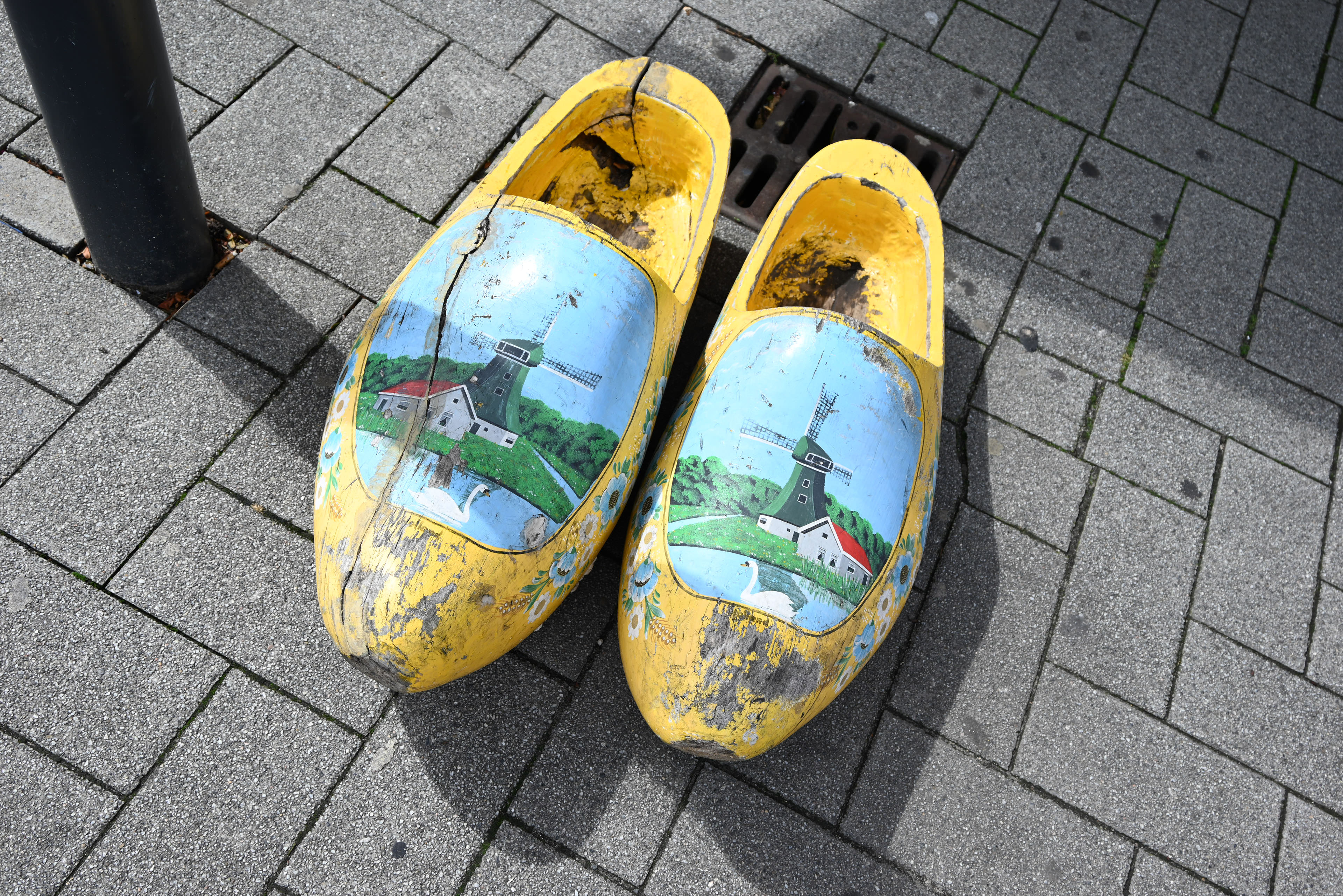 The hybrid AF system has 273 focus points, which cover almost the entire image field. The camera can use eye recognition not only for people but also for cats and dogs. The AF system is thus the same as that of the more expensive Z6. The fact that the Z5 is the same on vital components as the Z6 is what makes it so attractive. The autofocus works quickly and accurately, even when following moving subjects. It should be noted that the speed of the autofocus depends on the maximum aperture of the lens. In combination with the not so bright kit lens of the Z5, the Nikon Z 24-50 mm F4-6.3, you lose some speed in low light. 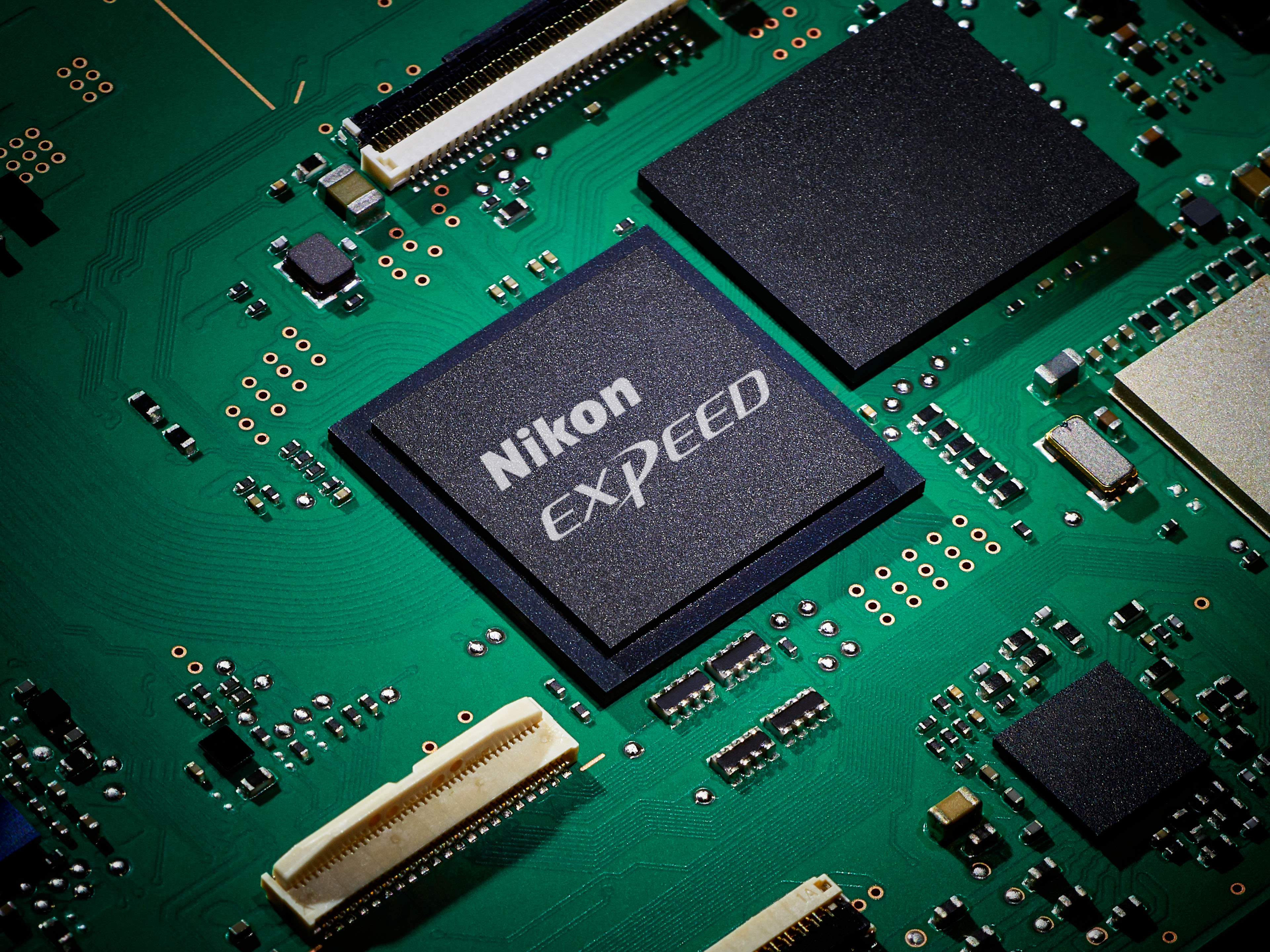 The Nikon Z5 has a 24Mp sensor, just like the Z6. However, it is not the same sensor. The Z6 has a BSI sensor; the Z5 does not. The sensor of the Z5 is more similar to that of the Nikon D750. Where you see a difference between the Z5 and the Z6 is when using the silent, electronic shutter. BSI sensors have a faster read-out speed and therefore less rolling shutter. When using the silent shutter, the Z5 reads out the sensor a little slower, which can be a problem with fast-moving subjects.

Apart from the rolling shutter, the image quality of the Z5 is almost the same as that of the Z6. The sharpness is high, and the dynamic range of the sensor is good. Incidentally, the latter is something that has been a strong point of Nikon cameras for several years. The fact that the Z5 does not have the last new sensor is therefore no reason for concern when it comes to things like dynamic range. Especially at the lowest sensitivity, you can brighten shadows considerably without suffering much from noise or banding. With high sensitivities, you may see a fraction more noise than with the Z6, but it’s not very much. 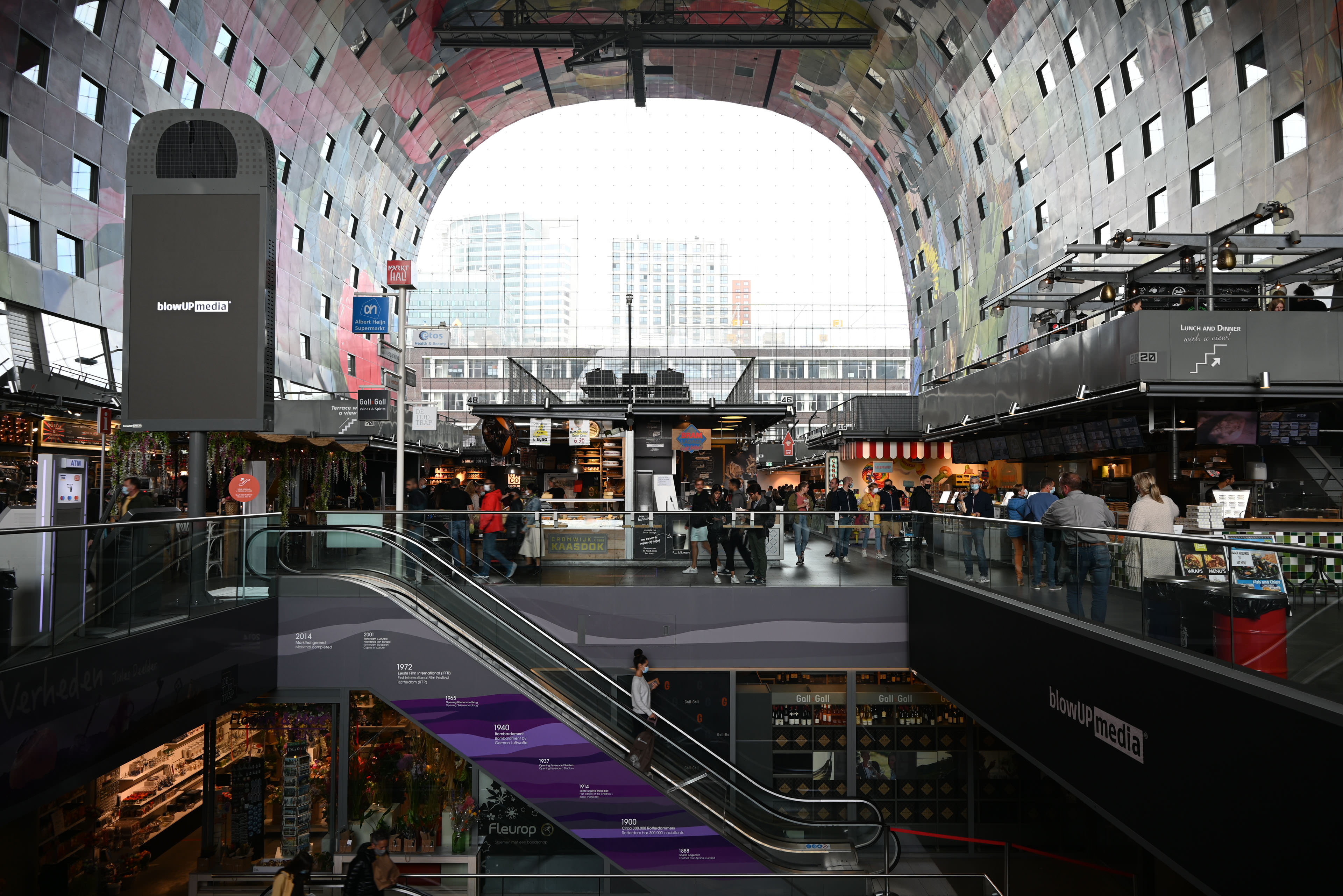 Like the Z6 and Z7, the Z5 has built-in image stabilization. That makes the Z5 perhaps more interesting as an entry into the Z system than the APS-C model, the Z50. That camera does not have image stabilization (and has a limited range of lenses). That means that you can also shoot and film by hand with the Z5 with lenses that do not have VR (Vibration Reduction) with slower shutter speeds. That applies to Z lenses as well as Nikon F lenses that you use with an adapter on the camera. The image stabilization should be good for a gain of 5 stops, and in practice we get quite close to those values. For a full-frame camera, that’s pretty good, especially in this price range.

The Z5 can film in 4K and Full HD, as is actually inescapable these days. In 4K, you can film in 24, 25 and 30 frames per second. In Full HD, there is also the option of filming at 60 frames per second. In Full HD, the camera uses the full width of the sensor. In 4K, you have to deal with a 1.7 crop. For vlogging, it means that you fall quite a bit short in terms of field of view with a standard zoom in 4K. And even with a 14mm, the largest wide-angle in the Z system, the field of view is still not very wide in 4K. Of course, the Z5 is not an ideal camera for vlogging anyway, because you cannot turn the screen. The image quality in 4K is also clearly less good than with the Z6. The Z5 clearly suffers from rolling shutter in 4K as soon as you pan the camera or subjects move quickly. 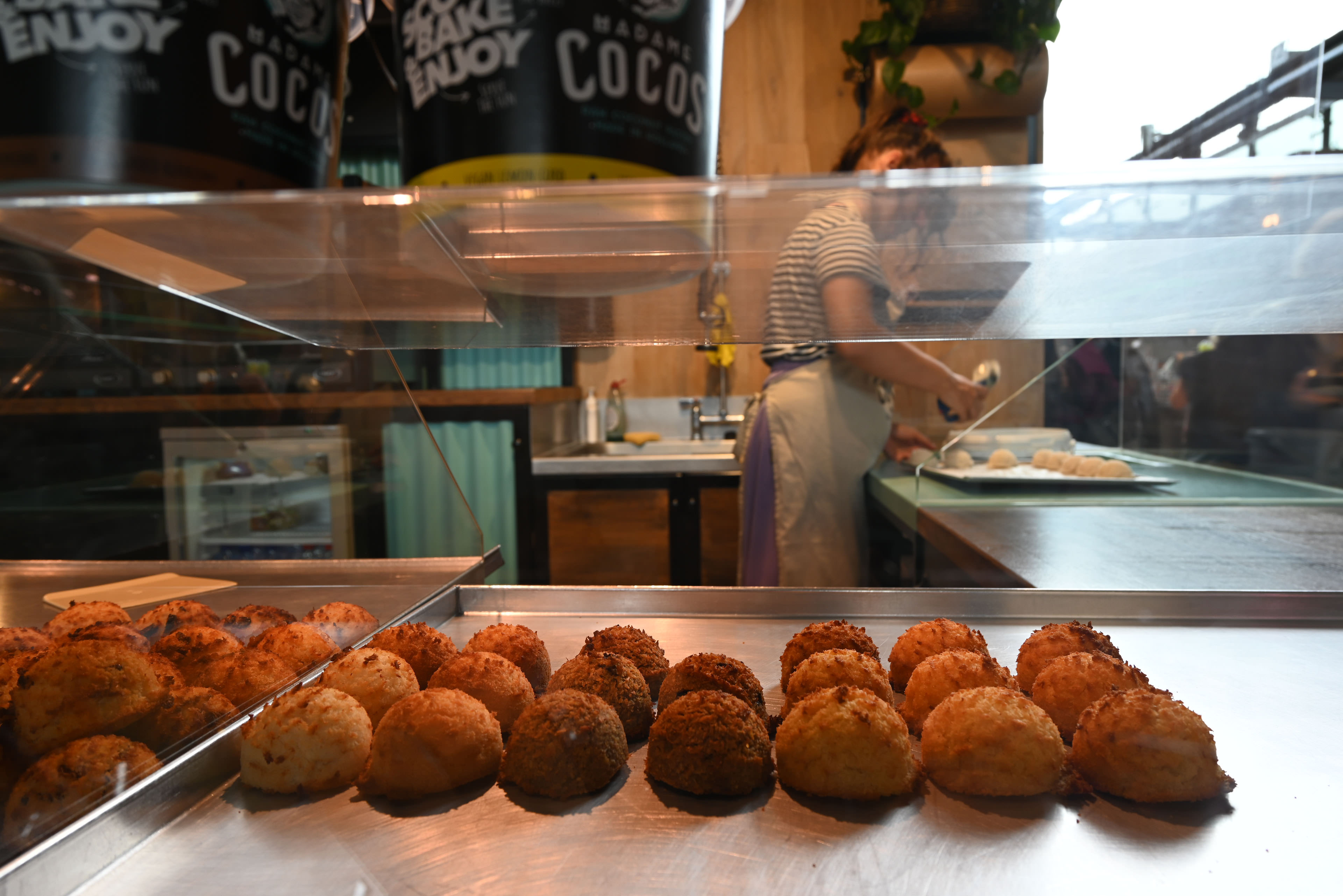 In Full HD, the Z5 delivers excellent image quality, which can compete with the better models in this class. The sharpness is high, the rolling shutter is a lot less and by using the entire sensor, you can make optimal use of the angle of view of your lenses in Full HD. The Z5 does not offer RAW video, which is not really that surprising. But it does offer good autofocus and image stabilization and has both a microphone connection and a headphone connection. You can also use warnings against overexposure and focus peaking during filming.

The camera has both a microphone and a headphone input. The camera is also “webcam” ready. That means that you can connect it directly to a computer via the USB-C port and use it as a webcam. That saves the purchase of a separate HDMI capture card. 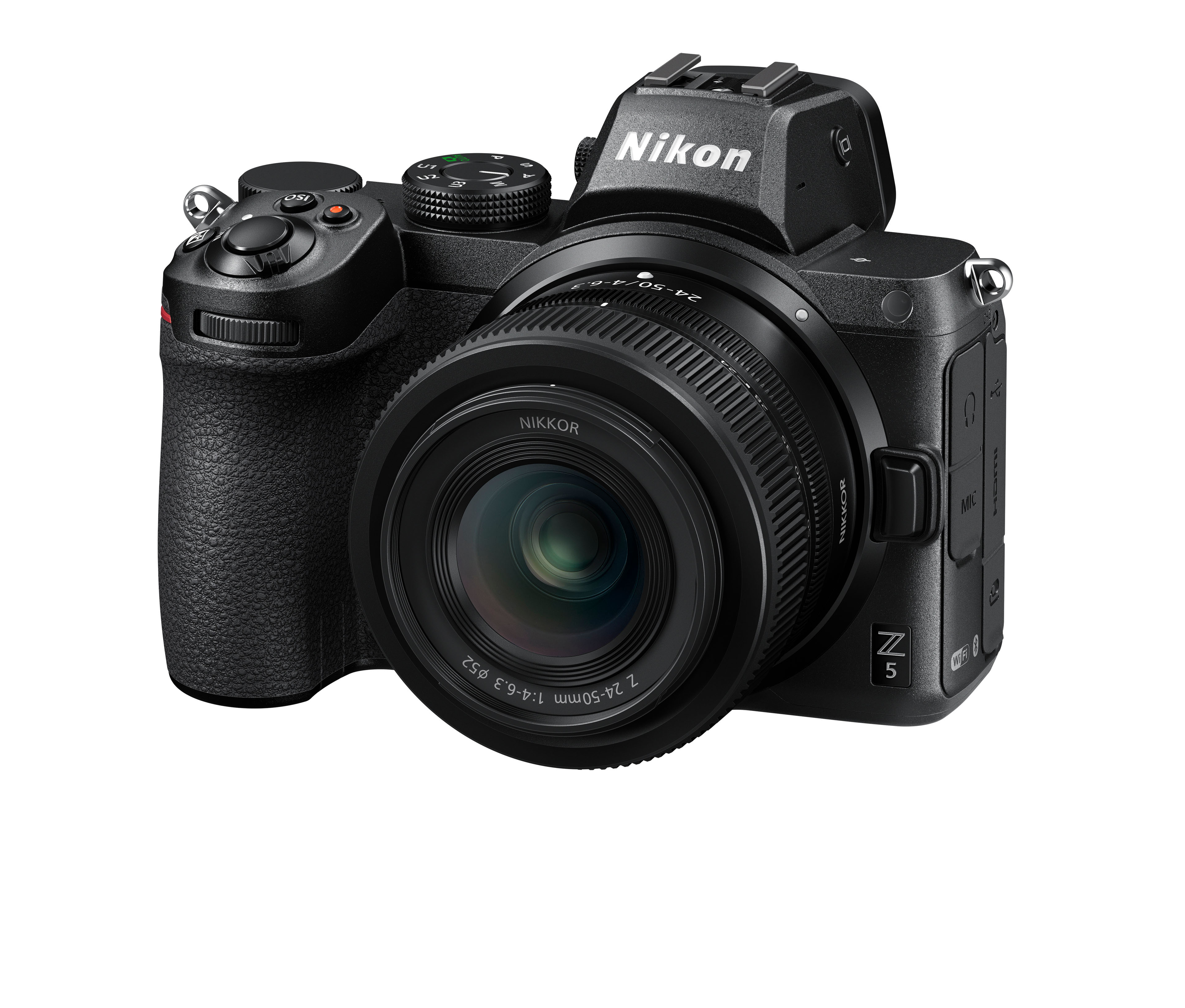 The Nikon Z5 is not only one of the best full-frame entry-level cameras available today, but also a great changeover camera if you want to get rid of your SLR.

The Nikon Z5 is a very good entry-level camera for a competitive price. The Z5 offers photographers almost everything you could want in a camera in 2020. The only exception to this is actually if you want to do sports photography with the Z5. Even for beginners, the camera actually offers quite a lot of capabilities. For photos and Full HD video, the image quality is high, and the fact that you can also use Nikon F lenses with an adapter on the Z5, even using image stabilization, makes the Z5 not only a good entry-level, but also a good changeover.