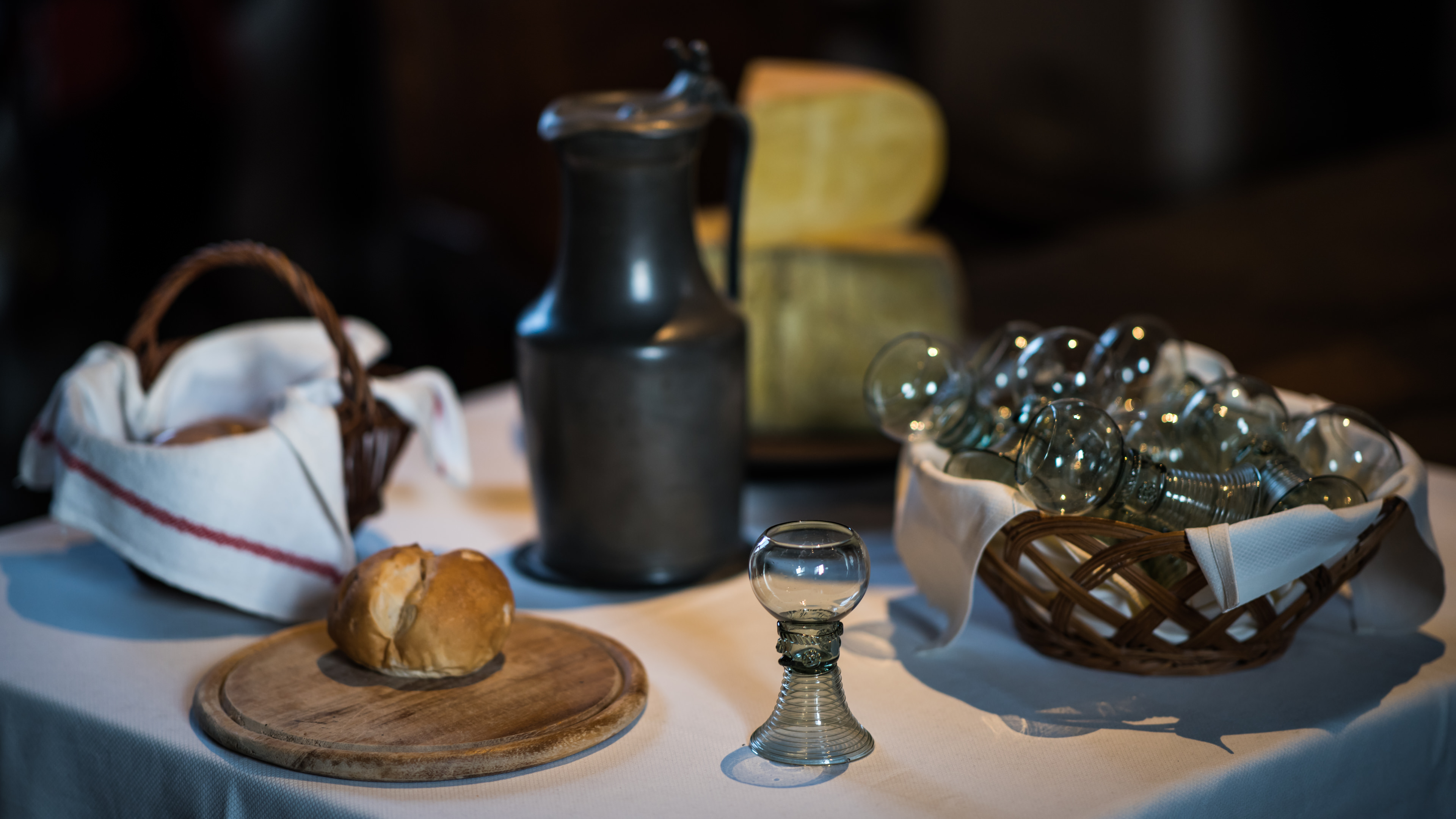 The Nikon D850 is more than just a top model from Nikon. Ease of use, build quality and image quality are absolute tops. This is a camera with so many features and options that it may be the only camera you need.

The Nikon D850 is, of course, a continuation of the series that started with the Nikon D800. That was the first 35mm SLR with a 36-megapixel sensor. Not only was the resolution unique, the dynamic range was as well. The quality of the D800 was more often compared with medium format than with other full-frame cameras. The D850 goes one step further, with a 46-megapixel sensor. The D850 also has a true low ISO value of 64. This enables the camera to capture two-thirds stops more light than virtually any other digital SLR camera. As a result, the signal-to-noise ratio is even better, which you see in a better dynamic range. The D850 thus again offers the highest resolution and highest dynamic range of all digital small-format cameras. But the D850 offers even far more than high image quality. The camera has autofocus system of the Nikon D5. And that might be the best AF system available today. The D850 is also fast, with 7 frames per second with autofocus and auto exposure. The D850 can also shoot in DX crop and then still offers nearly 20 megapixels, almost as much as the D500. In DX mode, the autofocus points cover a very large portion of the image, which is ideal for fast action sports. Do you prefer filming? That’s also an option. The D850 can film in 4K and even offers 4:2:2 8-bit uncompressed output. It’s very difficult to find a reason to not buy the D850. He is not only an all-around; it also excels in many different areas.

The Nikon D850 is built like the proverbial tank. It is also just as big and heavy, even though the D850 is still quite modest compared to, for example, a D5. That weight and those dimensions are naturally related to the quality and the capabilities the camera offers. 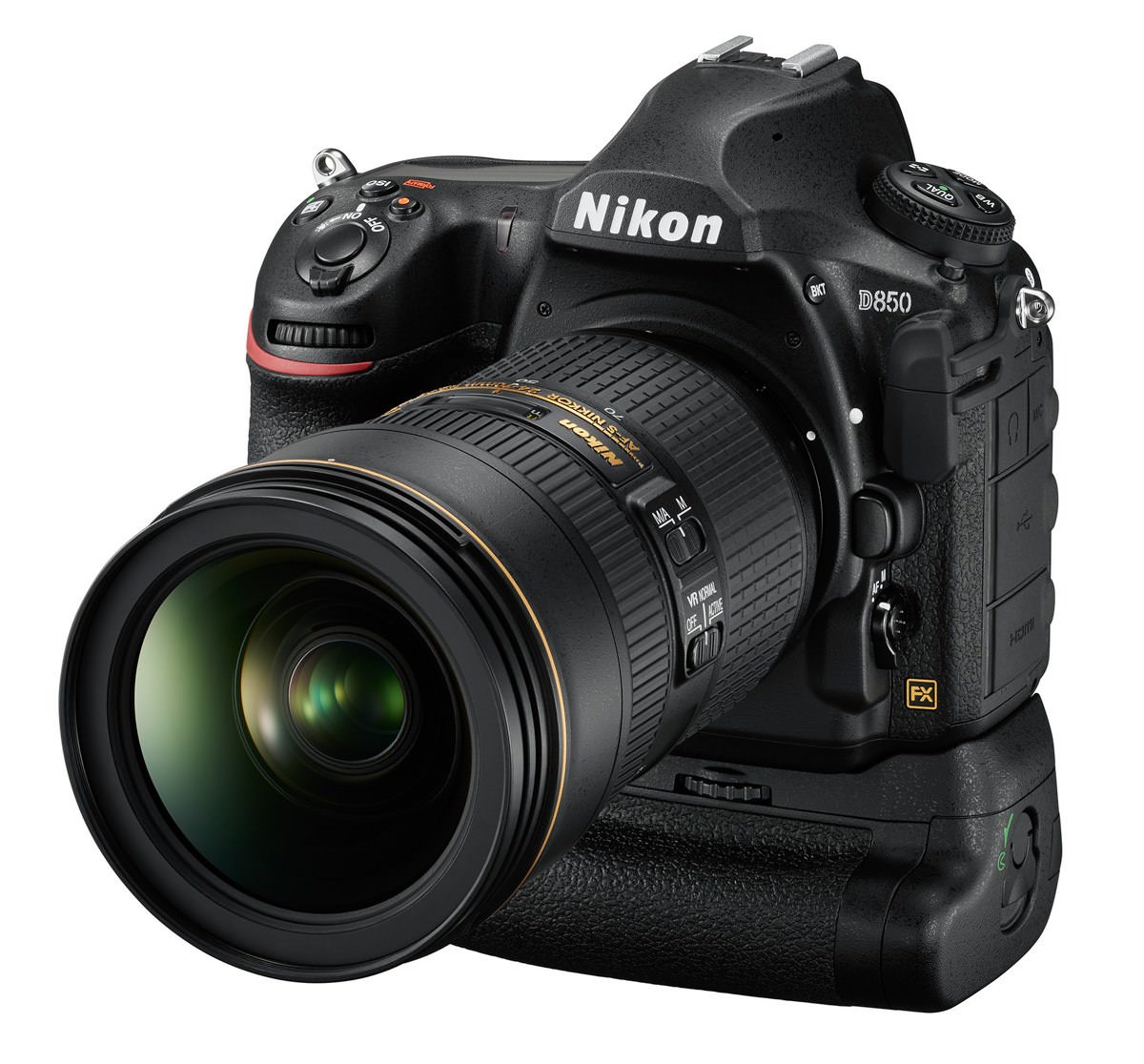 The camera has two card slots, one of which is suitable for fast XQD cards and the other for fast UHS-II SD cards. The screen tilts and is touch sensitive. The resolution of the screen is high, at 2.36 megapixels. The D850 has a large EN-EL15a battery that according to the CIPA norm is good for 1840 shots. The large pentaprisma viewfinder shows 100% of the image and has a magnification of 0.75x. All ports, flaps and buttons on the D850 are excellently sealed and feel extremely solid. The D850 no longer has a built-in flash. Some people will regret that. With a flash like that you could easily provide a fill-in flash, but you could also use it to wirelessly control other flashes. Changes have also been made internally. The mirror and shutter have been modified to cause even less vibration. With such high resolution, that is of course necessary. The D850 can also do its work completely silently. For the first time, there is a fully electronic shutter on a model in this series. The grip on the Nikon D850 has also changed slightly from previous models. It is a bit slimmer and deeper, which benefits the ergonomics. The viewfinder, with a magnification of 0.75x, is the largest of all Nikon DSLRs. The exit pupil of the viewfinder is large enough so that you can still see the entire viewfinder while wearing glasses.

The D850 is also fast. With continuous autofocus, you achieve 7 images per second, and, thanks to the fast XQD card and a large buffer, that speed only slows down after 3 seconds when storing RAW = jpg in the highest resolution. The combination of the large buffer and fast XQD card is so effective that the camera no longer stops because the buffer is full: after half a minute, the camera still carried on cheerfully at 2.5 images per second.
The Nikon D850 is not yet as fast as the Nikon D5. But the D850 has a trick with which you can increase the speed by two images. When you use the extra grip and fit it with the large EN-EL18 battery, the speed increases to 9 images per second. That is more than enough for a lot of sports photography. With the larger battery, the number of images you can get out of a single battery charge also increases to over 5000.

The Nikon D850 has the Nikon D5’s autofocus system. The D850 has 153 autofocus points, 99 of which are cross-type. The middle autofocus point still works at -4EV; the others at -3EV. The number of measuring cells is also doubled relative to the D810. The D850 now has just as many as the D5. As a result, the D850 is better, for example, at recognizing faces. The new autofocus system, in principle, gives the D850 the same autofocus performance as the D5. This means that the camera is not only fast in S-AF, but also focuses fast in continuous autofocus, and it is excellent at tracking fast-moving subjects. For sports photography, this is what you want. But with a 46-megapixel sensor, not only is speed important, but also accuracy. With very bright lenses, and Nikon has some very good ones, you can get it wrong even with the fantastic AF system of the D850. Fortunately, the D850 has an automatic AF fine tune capability. This allows you to calibrate the center focus point of the camera for a certain focal length and a certain focal distance. It works simply, but it is also somewhat limited. You cannot calibrate a zoom with it for multiple focal points, and it does not guarantee that the focus will be perfect at a different distance. Of course, there is also the option of working in live view. Then focus is done on the sensor. That’s very precise, but then you only have a contrast autofocus. And that is not yet very fast with Nikon.

The image quality of the D850 is almost obviously phenomenal. Not only because of the high resolution of 8256×5504 pixels, but also because of the high signal-to-noise ratio and the big dynamic range. The sharpness is high due to the lack of an anti-alias filter. You could get the Nikon D800 with or without such a filter, just like the current Canon 5DS. But Nikon has dropped that model and chosen a type without an anti-alias filter and with the highest detail rendering. 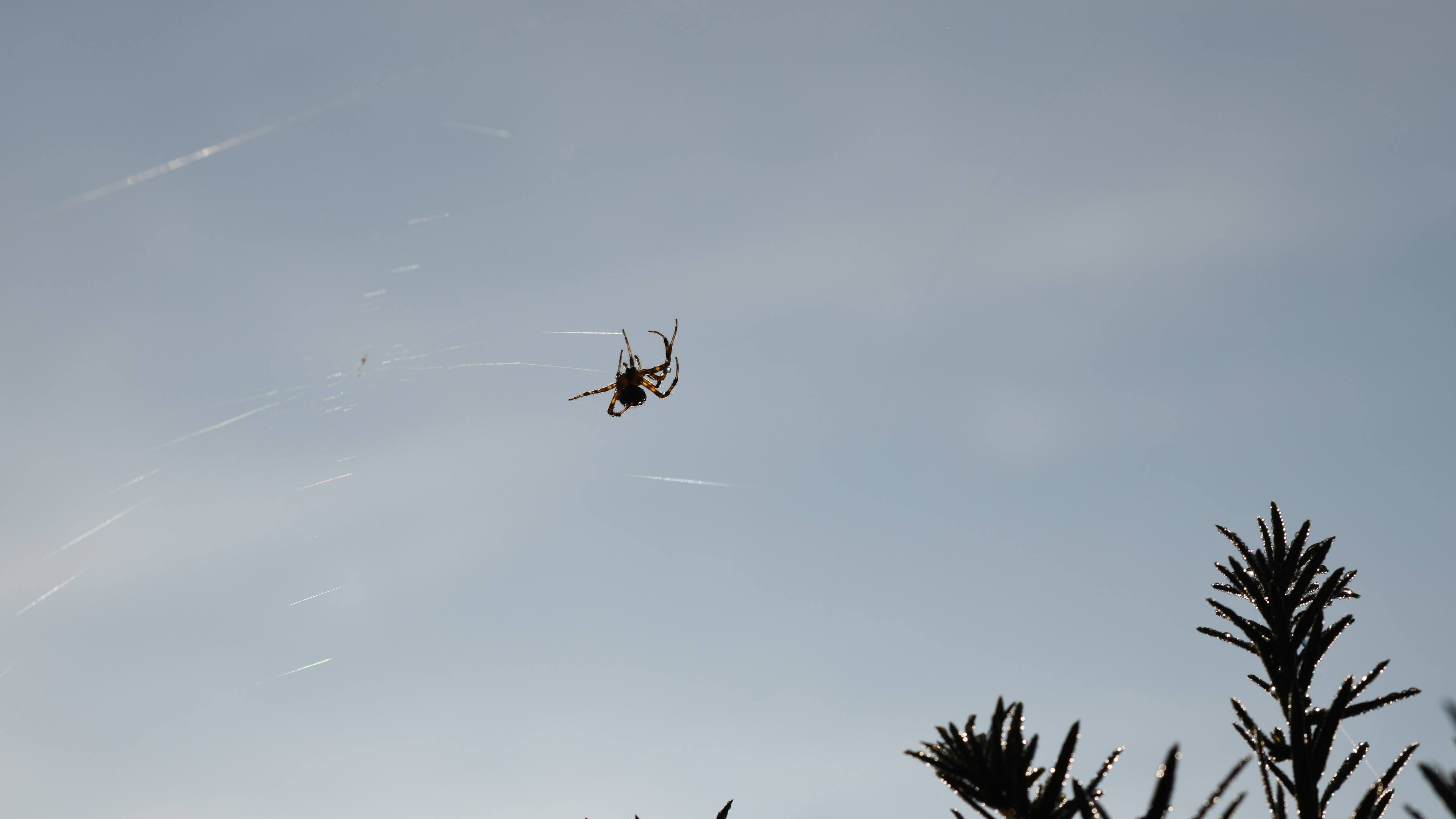 The sharpness is high due to the lack of an anti-alias filter. You could get the Nikon D800 with or without such a filter, just like the current Canon 5DS. But Nikon has dropped that model and chosen a type without an anti-alias filter and with the highest detail rendering. What distinguishes the D850 from the only other SLR with similar resolution, the Canon EOS 5DSr, is the huge dynamic range. Nikon is a leader in this field. The BSI sensor was designed by Nikon itself, but is built by Sony. So it’s not so strange that there is also much of the technology in it that we also see in a camera like the Sony A7R II. However, where the A7R II does not go beyond ISO 100, the D850 offers a true ISO 64. The camera can thus handle two-thirds stops more light than other cameras, which provides a better dynamic range. On the other side of the ISO scale, the D850 also performs remarkably well. That is also characteristic of the latest generation of sensors, that high pixel numbers and good performance at low ISOs do not come at the cost of noise and sharpness at high ISO values. 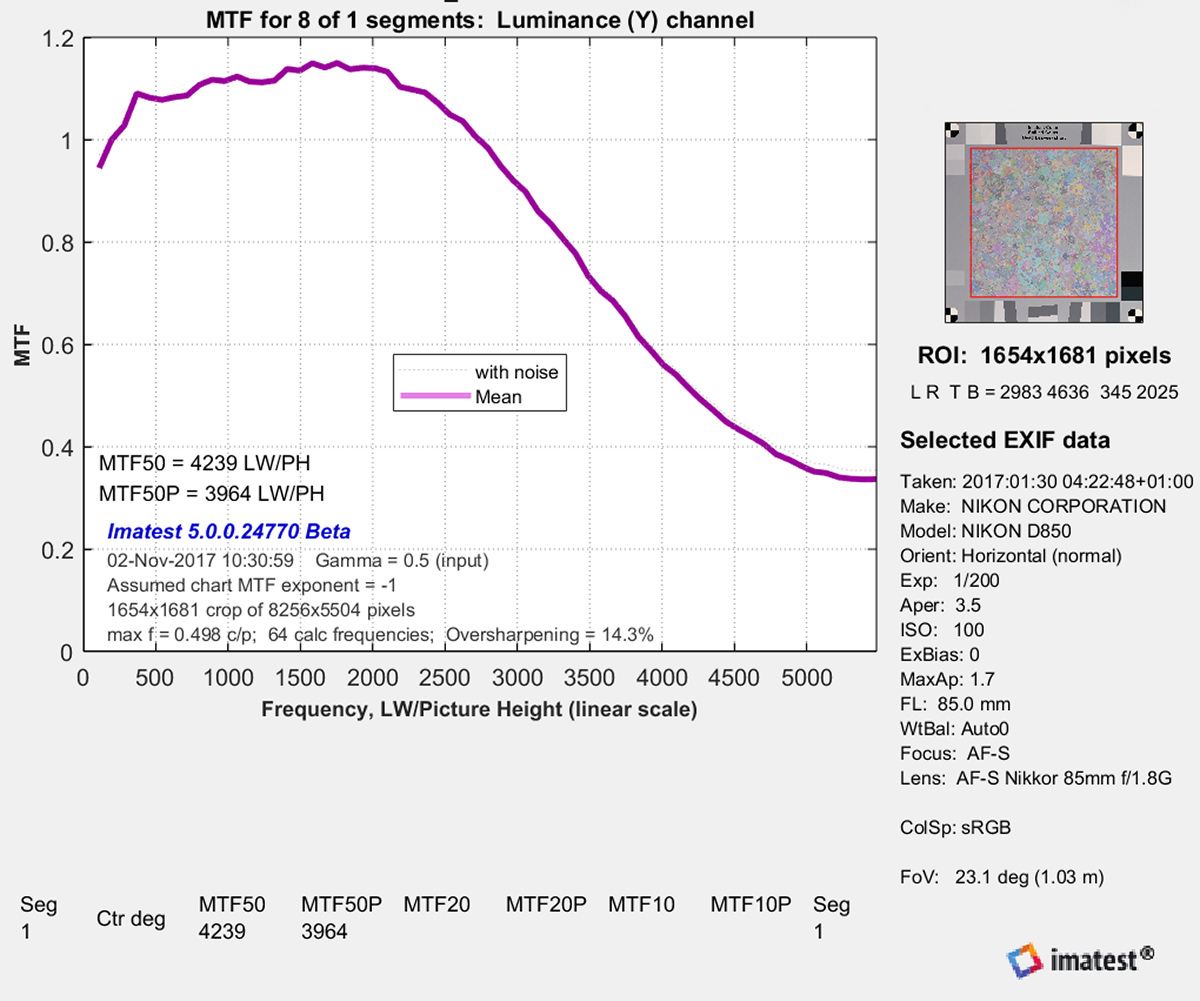 Nikon and Sony cameras currently have the highest dynamic range. If you compare Nikon cameras with each other, the differences are small. The Imatest results and the practice shots are no surprise. 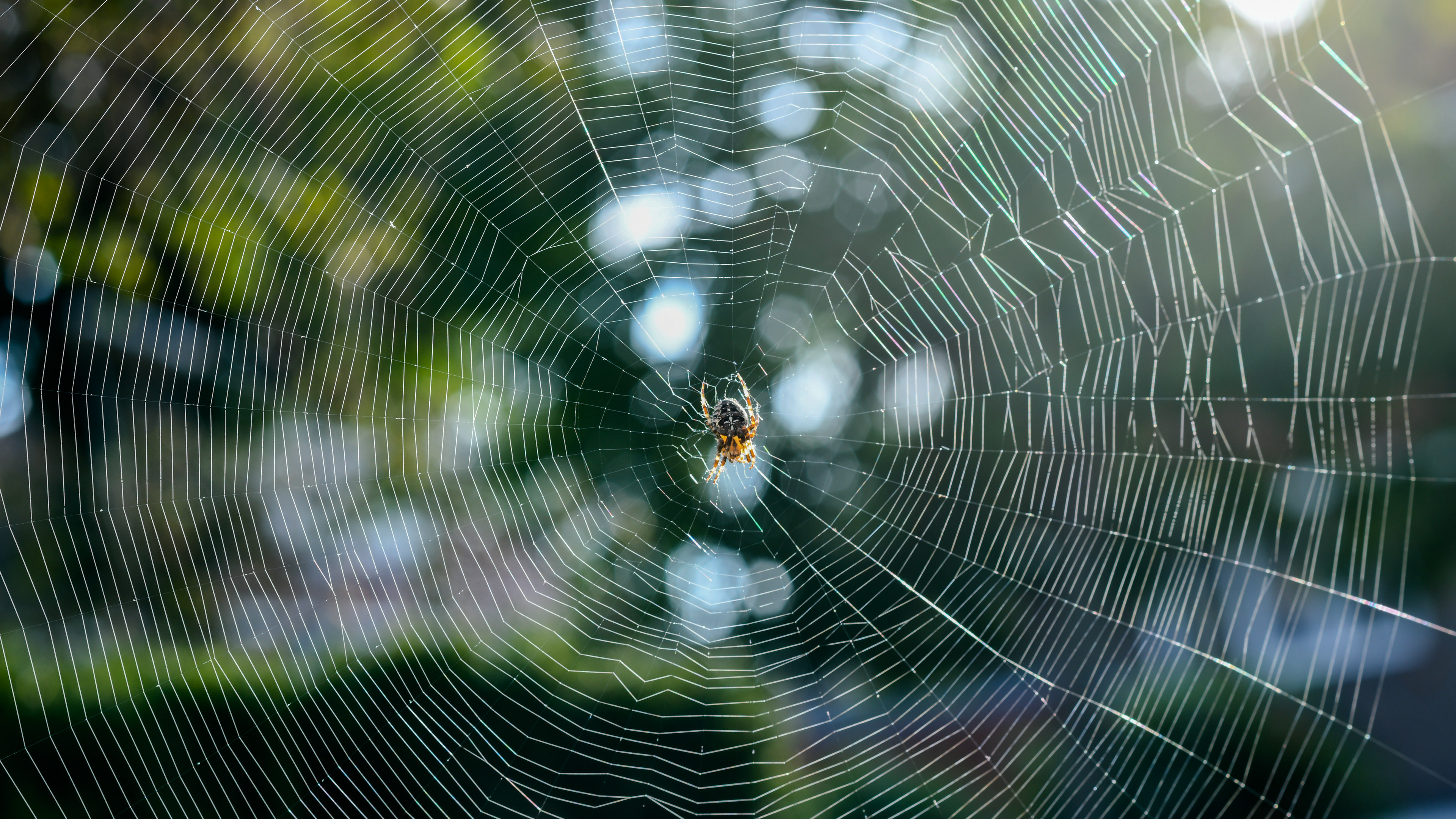 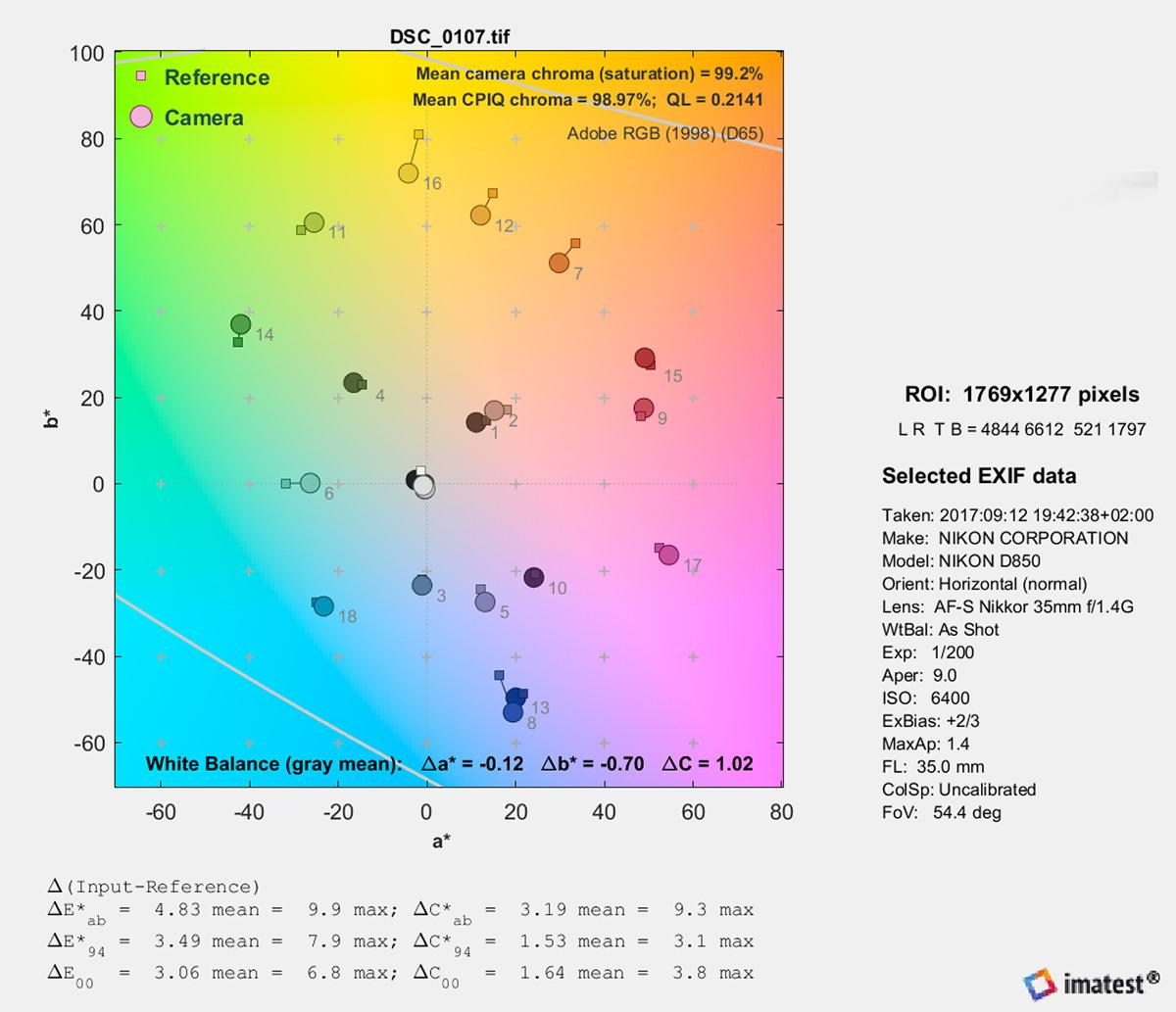 The D850 is also one of the better video cameras from Nikon. The camera can shoot in both full HD and 4K. In 4K, the D850 can record at 30, 25 and 24 frames per second. In full-HD, 60 frames per second is also an option, so that you can create slow motion. In both modes, you can choose to use the full width of the sensor as a DX crop. In full-HD and DX mode, you can stabilize the image electronically, and there is an option to record at 100 or 120 frames per second. In this slow-motion mode, images are displayed immediately slowed down. Nikon does not use oversampling, but presumably uses line skipping or pixel binning instead… Something about quality Log profiles are not available on the D850, but it does have a very flat profile that gives you some extra dynamic range in the video recordings.

The Nikon D850 has a touch-sensitive screen that can also tilt. You can also use the touchscreen capability to focus in video. The D850 also has an excellent Time Lapse mode with built-in interval meter, which we also saw in other Nikons. You can have the images processed instantly into a 4K time lapse or save them as single shots to make your own 8K time lapse later. The D850 also has a Focus Stack capability. You can set how many images you want to make and how big the steps between the images should be. However, to merge the images you will need to use additional software and post-processing. The camera cannot do that internally. Like all modern Nikons, the D850 also has Snapbridge on board. It works via Bluetooth and offers the option of sending files in full resolution or as a small 2MB file. Sending 46-megapixel files via Bluetooth is not something we recommend, and that limits the options with Snapbridge anyway.

The Nikon D850 is the best and most versatile SLR camera of the moment.

The combination of high resolution, high signal-to-noise ratio and high dynamic range cannot be found with any other SLR. Couple that with one of the best phase detection autofocus systems and high shooting speed, and you get a nearly perfect camera. In the past, the professional needed a separate body for action photography (big buffer and lots of images per second) and studio or landscape photography (high resolution and dynamic range). The Nikon D850 offers it all in one body.
The only point of improvement may be the video AF. The image quality of video is quite good, and the options are decent, but Nikon still lags a bit behind competitors in the area of focusing in live view. Furthermore, nothing but praise for the impressive performance that Nikon has delivered with the D850. At DxO, the Nikon D850 achieved the highest score of all cameras with a full-frame sensor. It’s the same for us.