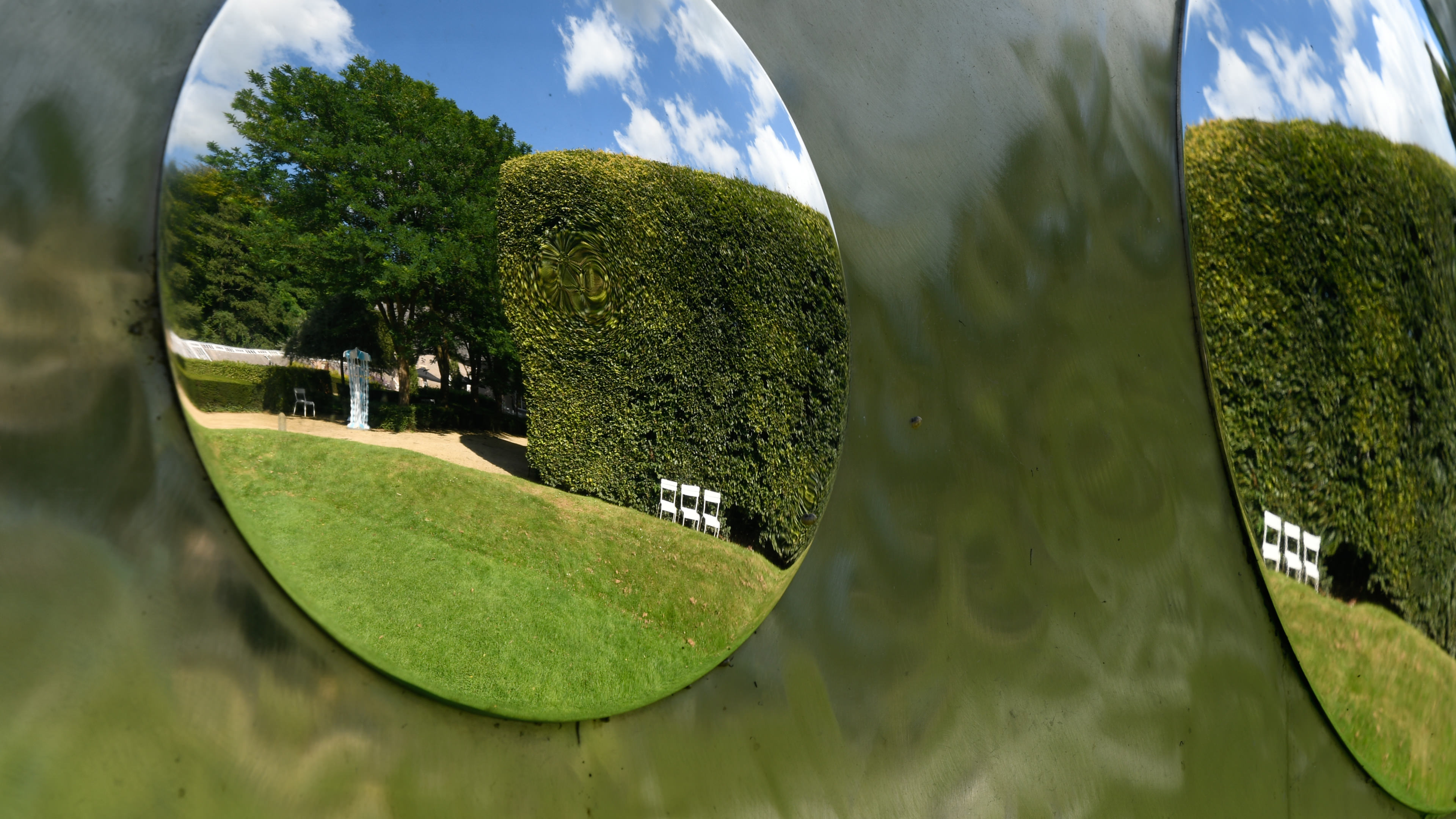 The Nikon D7200 is, despite its age, like the Nikon D810, perhaps the best camera in its price range when it comes to image quality. Then why would you release a successor that has a sensor with fewer pixels? Partly because the Nikon D7200 left room for improvement when capturing action. The buffer of the Nikon D7200 is not intended for series shots. That’s why the Nikon D7500 got part of the package from the Nikon D500, perhaps the best action camera around today. Slightly improved ergonomics, more ease of use (tilting touchscreen), 4K video, Snapbridge and a more modern look complete the picture for the Nikon D7500. The Nikon D7500 can be seen as the little brother of the D500, who itself is the little brother of the D5. That’s a great pedigree. The D7500 offers a lot of speed and capabilities in a compact and affordable body.

With the D7500, there hides under the familiar appearance of a camera from the Nikon D7000 series the sensor and the light measurement of the professional Nikon D500. The sensor has a resolution of 21 megapixels. That is slightly less than the 24 megapixels of the D7200, the predecessor of the D7500. You see no difference from that in terms of sharpness. But it is a sensor that can be read out much faster, and that opens the door to capabilities that the D7200 did not possess. For example, the highest shooting speed has increased by 2 frames per second, and the D7500 can now film in 4K. The autofocus system has the same number of AF points as the D7200, but is now supported by the 180K RGB sensor from the D500. This allows the camera to better recognize and track subjects. Because the video capabilities have been expanded, the D7500 now also has a tilting and touch-sensitive screen. That is also nice for photographing from high or low perspectives. If you, as an amateur or prosumer, are looking for an affordable camera with which you can also do sports or nature photography, then the D7500 is a very good choice.

As we write this test, the price difference between a Nikon D7200 and a D7500 is almost 500 euros: a Nikon D7200 costs around a thousand euros, while the D7500 body is one and a half times as much. The two cameras have screens with the same number of pixels. (The D7200 has more dots, but that does not translate into more pixels.)
For whom is that price difference worth the effort? We have a list of the differences in specifications:

As we write this test, the price difference between a Nikon D500 (click here for our Nikon D500 review) and a D7500 is almost 500 euros: a Nikon D500 body costs almost two thousand euros, while the D7500 body is 500 euros cheaper. Current prices can be found below. For whom is that price difference worth the effort? Both cameras have the same 20-megapixel sensor and offer full HD (60p) and 4K video (30p). Both cameras have Bluetooth and Wi-Fi. We have listed the differences in specifications:

For the landscape photographer who works from a tripod, the LCD screen on top of the Nikon D7500 (pictured) or Nikon D7200 is an important plus compared to the cheaper Nikon camera bodies.

The Nikon D7500 is very similar to its predecessor, the D7200. But there are several important differences. The camera has a touch-sensitive and tilting screen. It is not suitable for making selfies, but it does help when making videos and shooting from high or low perspectives. The touch capability can be used to operate the menus, for focusing and even for releasing the shutter. You just can’t use the touch screen to select the focus point when looking through the viewfinder. That only works in live view. The camera is better protected against dust and moisture than its predecessor and has a deeper grip, so that it sits a bit nicer in the hand. On the other hand, it only has room for one SD card, while the D7200 has two card slots. Also, the D7500 cannot be extended with a vertical grip. Whoever wants one will go directly for a D500. Despite the fact that the D7500 is quite different internally from the D7200, little has changed in the operation. Those who are accustomed to one of the other Nikon cameras from this class will be immediately familiar with the D7500. The same applies for the viewfinder, which is identical to that of the D7200.

The Nikon D7500 is a fast camera at 8 images per second. It is only two frames per second slower than the D500, which is used by many professional sports photographers. It also has a deep buffer, for a full 100 images in jpeg, so you can, for example, record a 100-meter sprint from start to finish if the athletes are in good shape.

The image quality of the new sensor is the same as that of the D500. Despite the loss of 3 megapixels compared to the D7200, the image quality is excellent. Both the dynamic range and the performance at high ISO values are good. It is not without reason that the D500 is very popular among professional photographers. 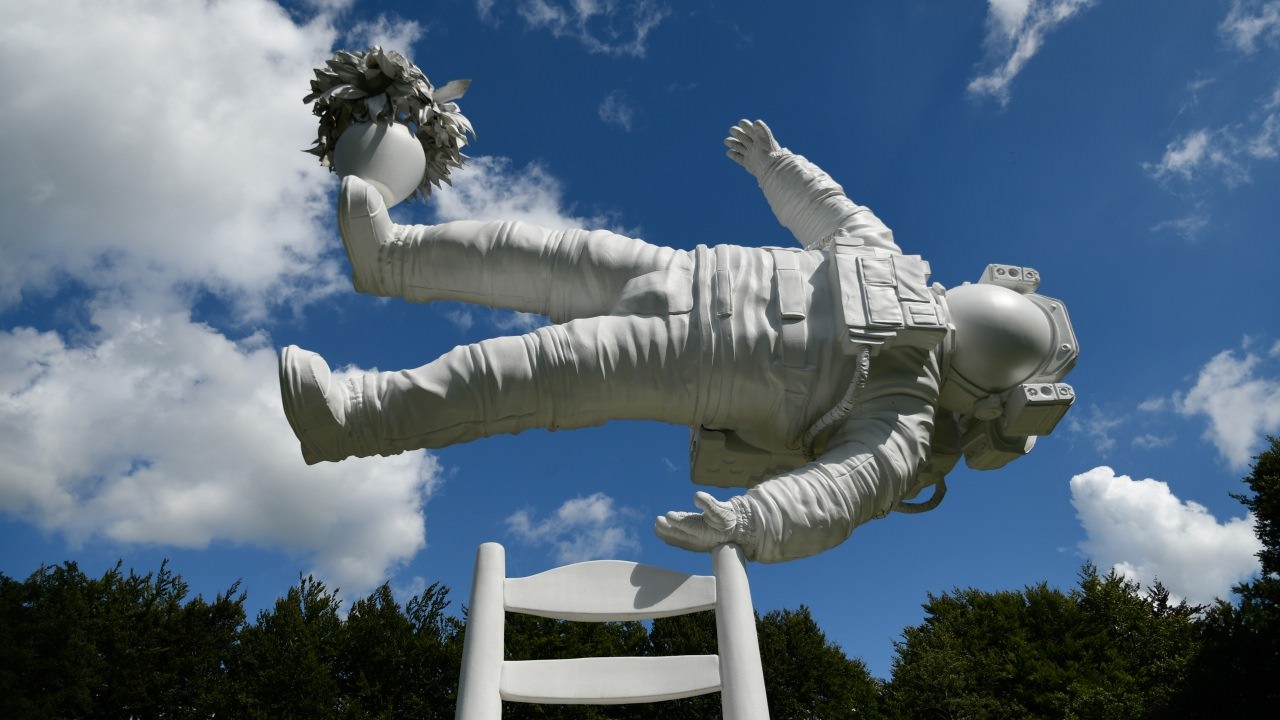 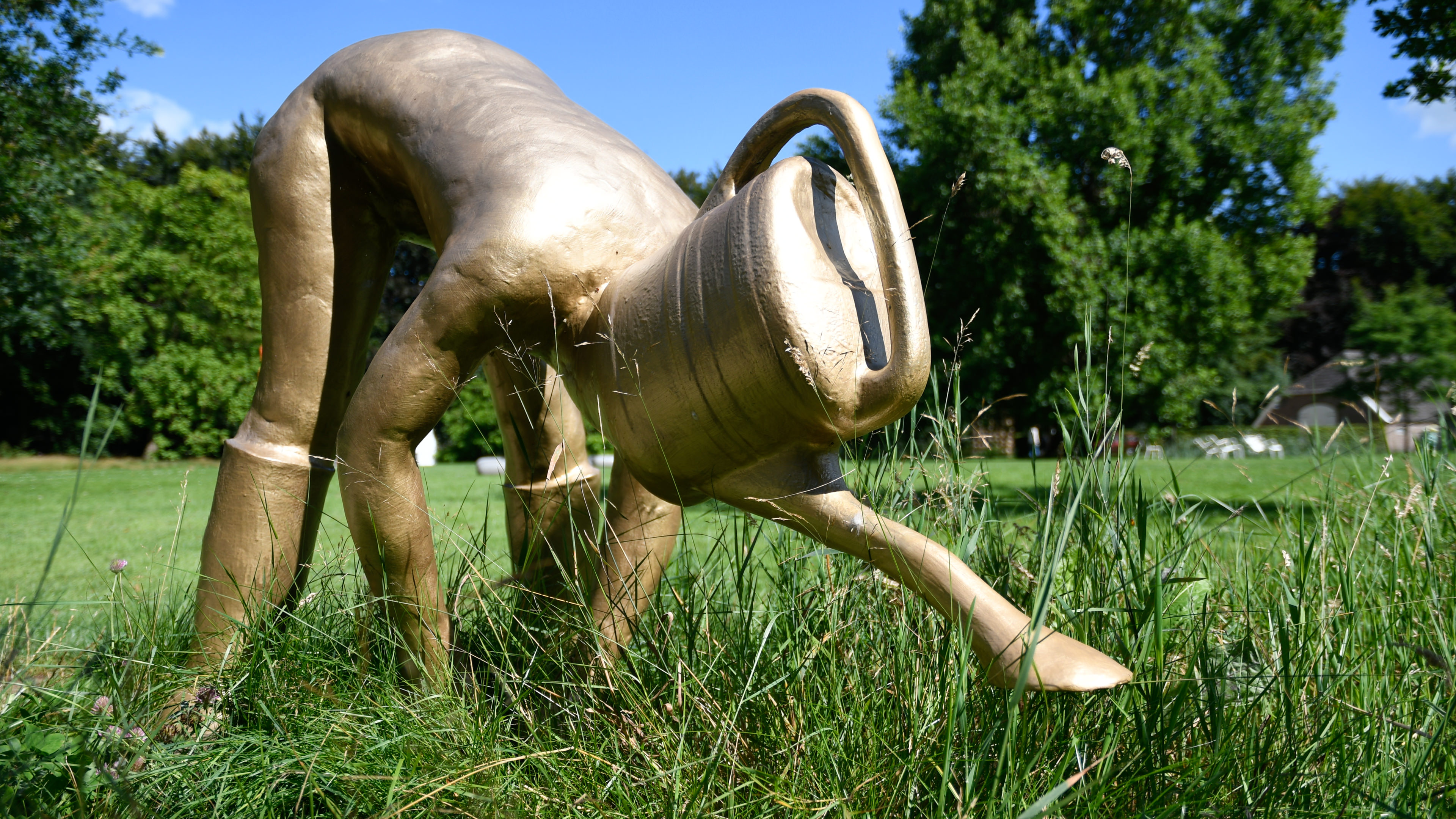 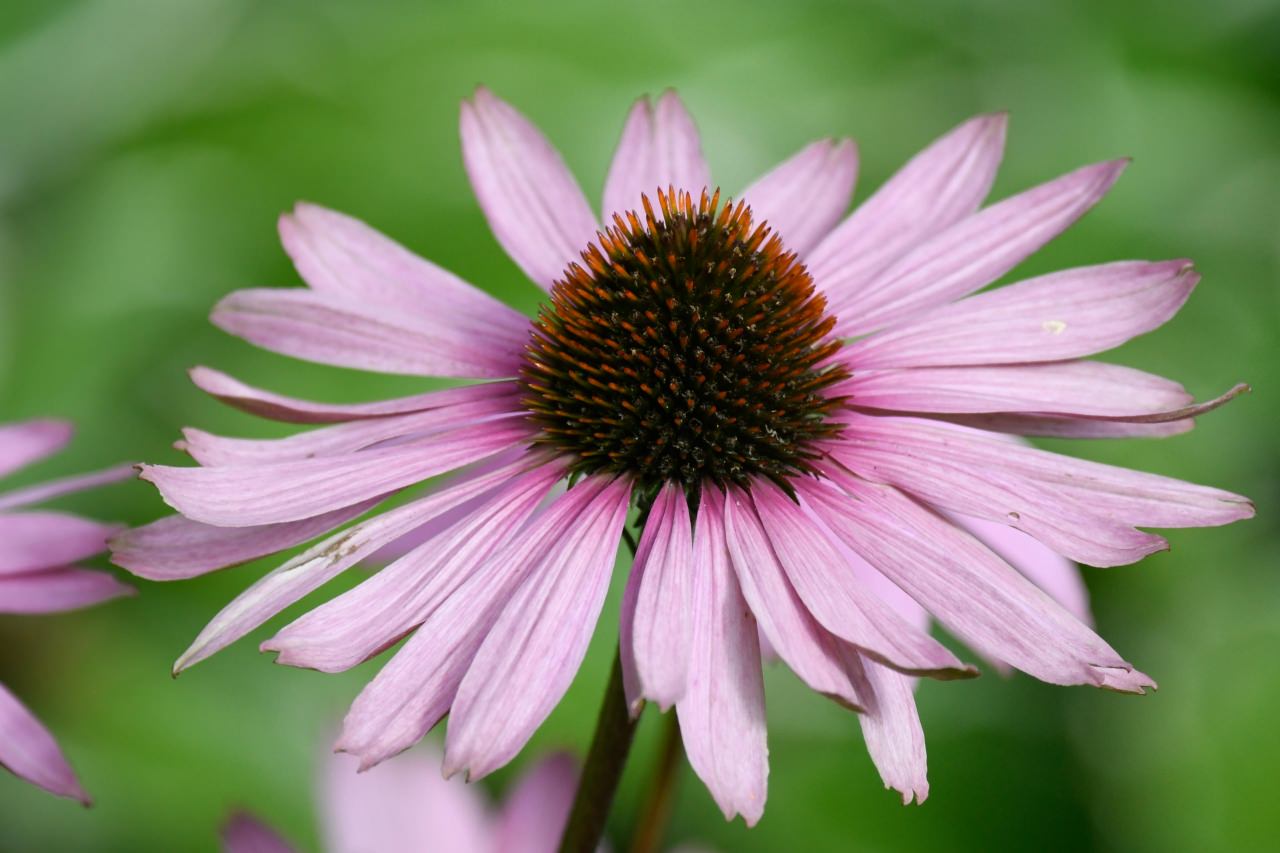 The ISO range of the D7500 can be expanded to below 100 ISO. That produces a measurably higher signal-to-noise ratio, but you really have to put the shots next to each other to see the difference.

The D7500 now also offers the option of filming in 4K at 30 frames per second. In 4K, however, you use only a part of the sensor, giving you an extra crop of 1.5x. If you film with the 16-80 mm, for example, then in the wide-angle mode you have a field of view that corresponds to that of a 35mm on full frame. In Full HD, there’s no problem with this. The image quality of the video from the Nikon D7500 is good. That is less true for the autofocus. If you want to film, you are best off doing that with manual focus. Unfortunately, there is no focus peaking or the like to help you focus manually. The camera also has no built-in image stabilization. Therefore, preferably use lenses with image stabilization if you want to film a lot. In the HD mode, you can then link the stabilization to electronic image stabilization in the camera. The image is slightly cropped as a result, but it makes shooting by hand a lot quieter. What the D7500 does have is zebras. This allows you to quickly see which parts of the image are overexposed in the shot. You can also use an extra flat Picture Profile, which gives you a little more latitude in post-processing. Advanced videographers will certainly appreciate these functions. 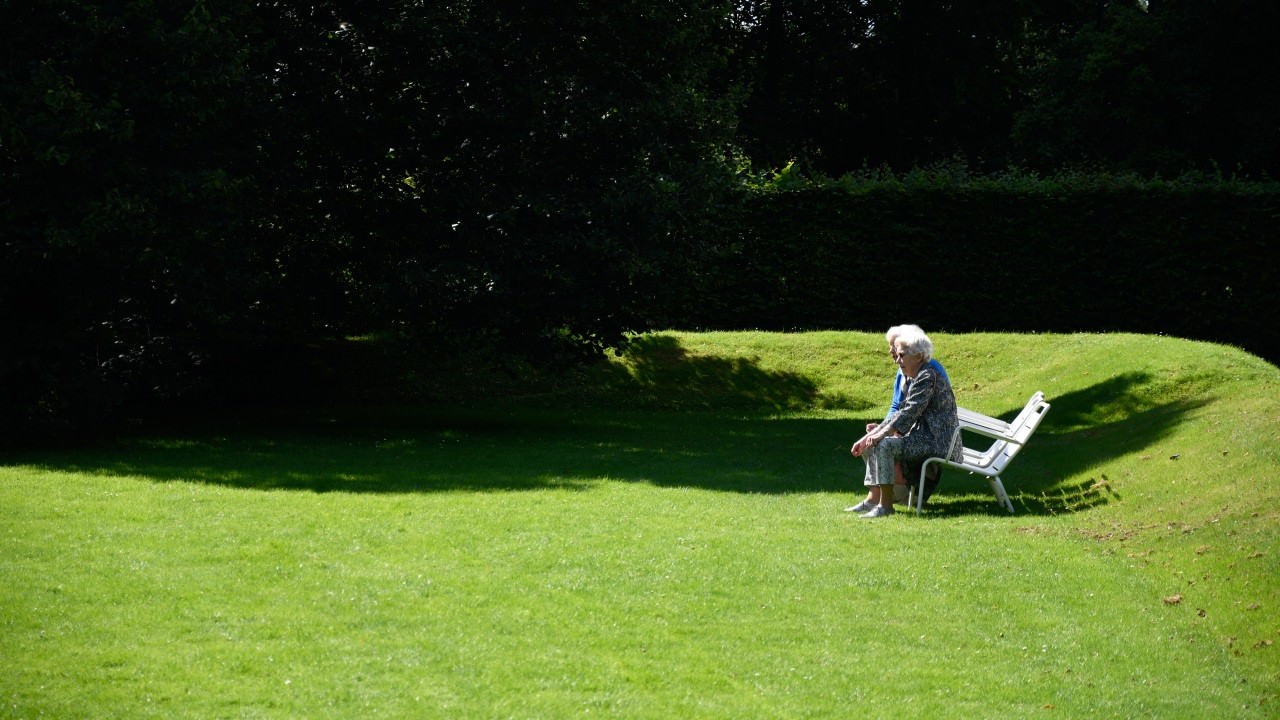 The Nikon D7500 does not have the autofocus module of the D500, but it does have the light meter with 180,000 points in RGB. This high resolution ensures that the AF system, which is in fact the same as in the D7200, is much better able to recognize and track subjects. Thanks to this 3D Tracking, the D7500 can follow better moving subjects like athletes or animals in nature. You can also use it to let the camera focus on a subject, after which you move the camera to change the composition. As long as the subject remains within the area covered by the autofocus points, the focus will stay on the subject. The autofocus itself is fast and reliable.

If needed, you can also use Nikon’s automatic AF Fine Tune feature on the D7500, with which you can calibrate a lens at a certain distance. Unfortunately, this only works with zoom lenses at one focal point. 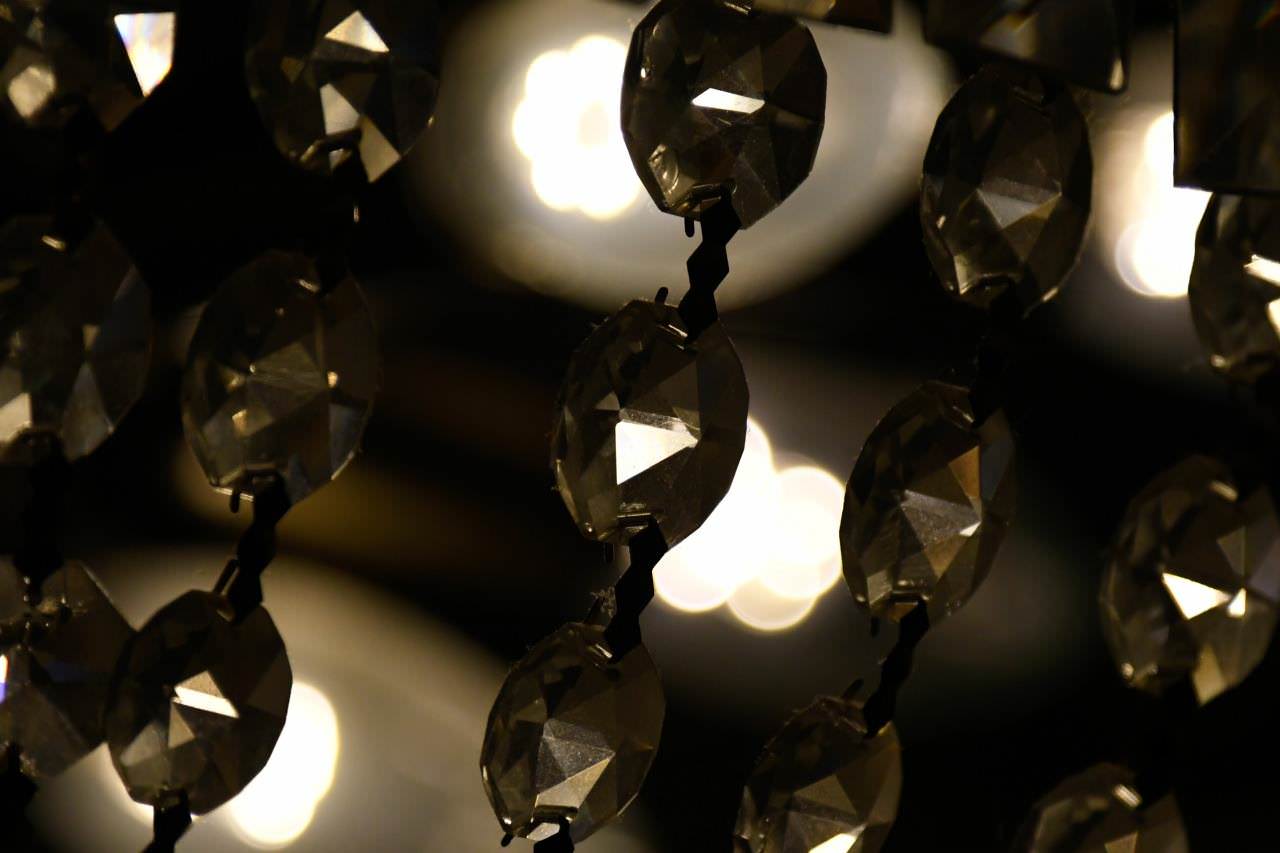 The Nikon D7500 is a very attractive camera. The better autofocus performance and the ability to shoot fast series make this camera a budget version of the D500. With this camera, you can perfectly capture your children on the sports field or flying birds. For those kinds of things, you needed a much more expensive camera or a great deal of luck five years ago. That does not mean of course that the D7500 is only good for fast-moving subjects. The image quality is excellent, even if you only take one picture at a time. The somewhat more extensive video options make this D7500 truly all-round. Even an exceptionally good camera with an APS-C sensor like the Nikon D7200 is beaten once. In this case, not by placing more pixels on the sensor, but fewer. With a fantastically high signal-to-noise ratio and video recordings in 4K as the most important plus points.

lens advice Nikon cameras
Nikon lens (p)reviews
Nikon camera (p)reviews
​Click on the product for specifications, prices and test results. The larger buffer and the higher shooting speed make the D7500 much better-suited for recording action, even though the Nikon D500 is even better on that point, thanks to a more modern and extended AF system. 3-D AF works very well on both the D500 and the D7500 (perhaps the best of all cameras at the moment) when following a fast-moving subject. The tilting touch screen and SnapBridge for sharing photos on social media greatly increase ease of use.
Tags: Amateur, Nikon