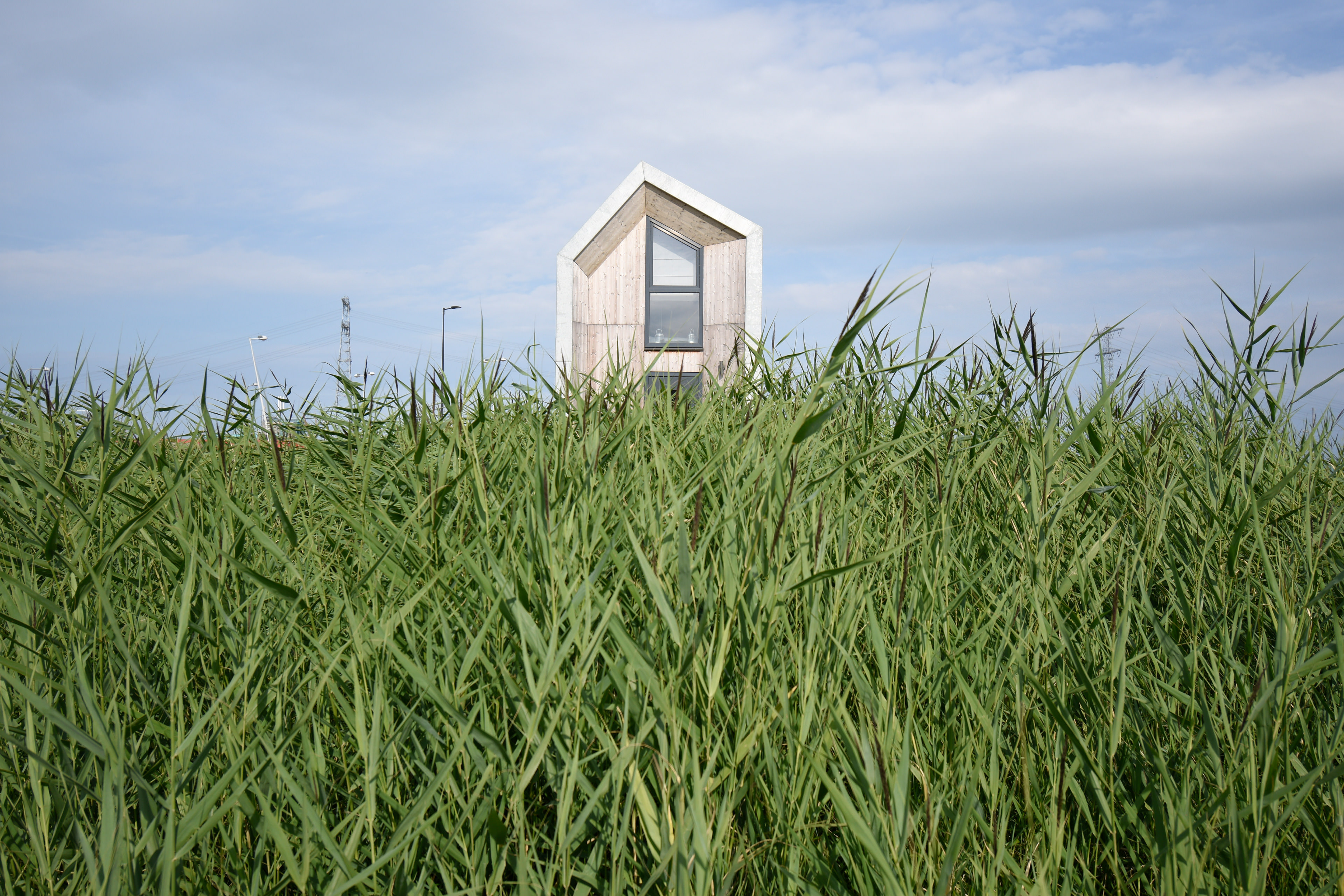 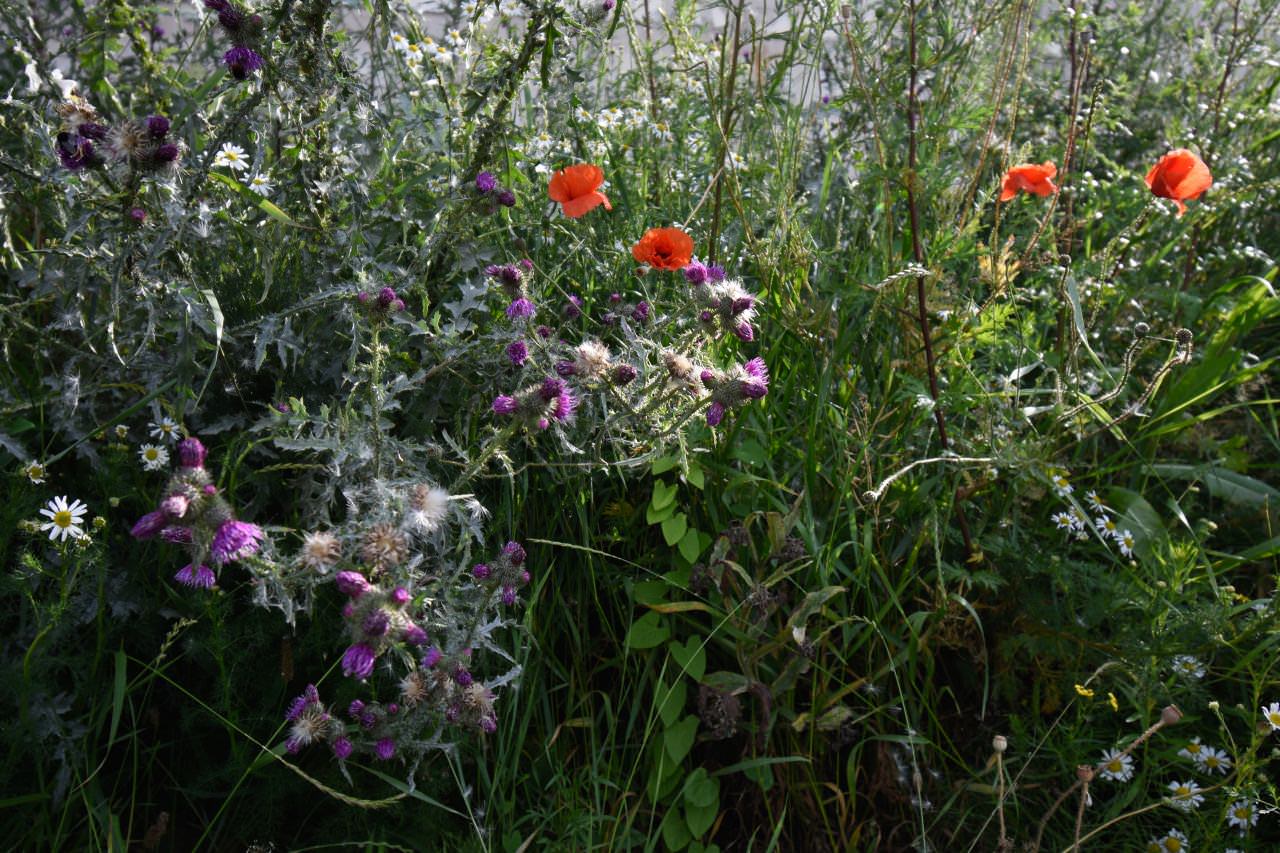 The AF-P DX NIKKOR 10-20mm F/4.5-5.6G VR is a lightweight and compact super-wide angle for Nikon DX cameras. It is an alternative to the more expensive and bigger Nikon AF-S DX 10-24MM F/3.5-4.5G ED. The 10-20mm has just as many glass elements as its bigger brother, although the 10-24mm makes use of some more exotic glass. The range of the 10-20mm is slightly smaller. Converted to full frame, it corresponds to a 15-30mm. The time that a 15mm objective was something very exotic is not that long ago. 10-20mm is still a nice range that has a good overlap with, for example, an 18-55mm lens. Another difference that in part explains the lower price and the lighter weight is the use of a plastic mount instead of a metal one. It is therefore not a lens for photographers who plan to change lenses a lot. But the 10-20mm does have VR, Nikon’s image stabilization. And that ensures, under poor lighting conditions, that you’ll probably get more sharp shots with the 10-20mm. 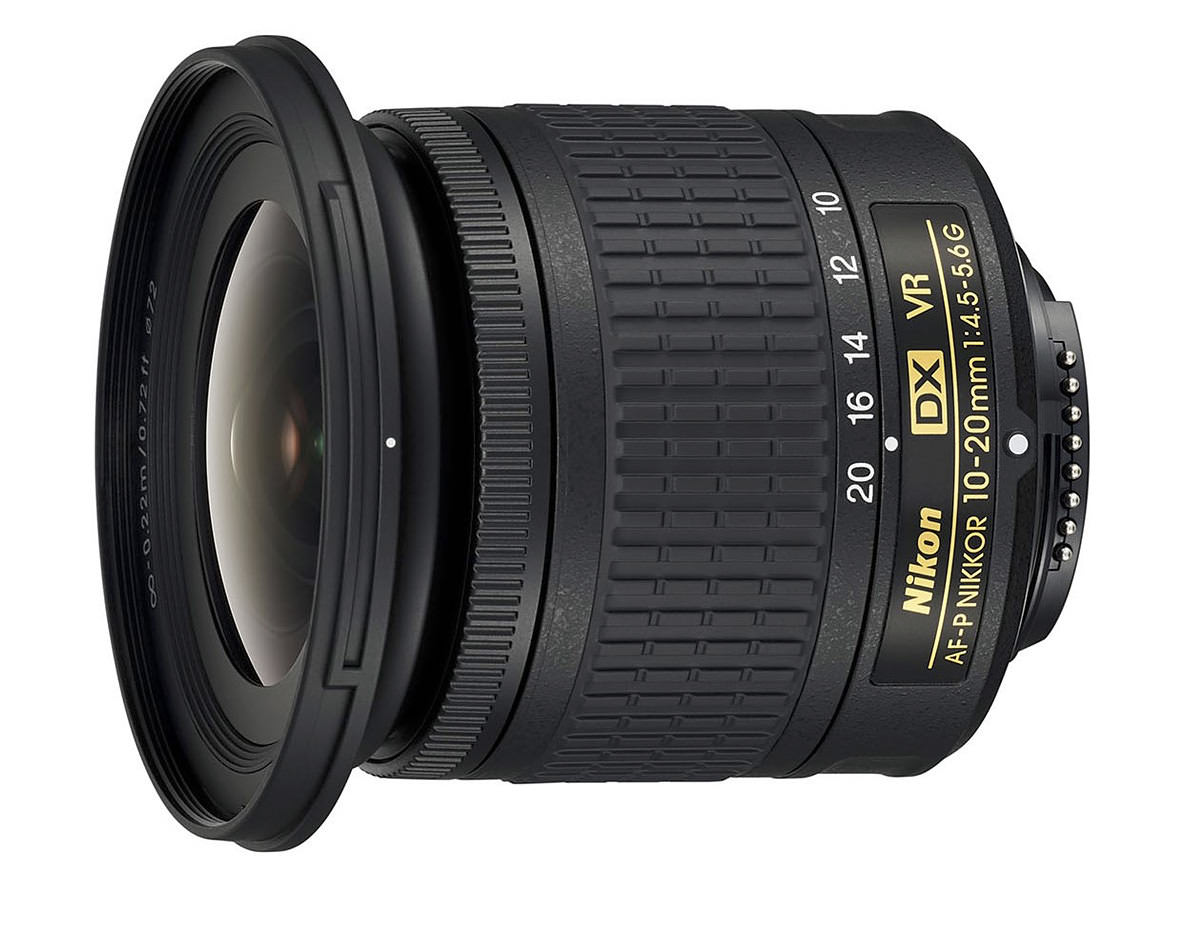 You do not expect superior build quality from lenses in this price range, and of course, the Nikon 10-20mm does not offer it. The lens has a plastic mount, and it has no extra seals against moisture and dirt. But it is otherwise a nicely finished lens. The focus ring for manual focus is somewhat thin and not terribly sensitive, but it will probably not be used often on such an extreme wide-angle with so much depth of field. The much more important zoom ring is big and feels good. The lens becomes slightly longer during zooming, but there is not much difference between the extreme zoom positions. It always stays nicely compact. The autofocus is very fast and also very quiet. The shortest setting distance is 22 cm. Of course, the 10-20mm is not a macrolens, but you can get pretty close up for unique perspectives. The lens also has a screw thread for filters. That means you can use polarization filters or graded ND filters with this lens. For landscape photographers, that is a big plus.

A unique feature of this lens is that it has VR. With Nikon, that stands for Vibration Reduction. So, image stabilization. According to the old rule, you can still shoot by hand at 1 divided by the focal length; with this lens, you should then be able to get sharp pictures at 1/10 second. But on DX, this lens works in the extreme zoom position like a 15mm. So you should actually be able to work with at least 1/15 second, and for sure at 1/30. The brightness is not particularly high, and you will need that time in low light. Fortunately, the image stabilization offers some extra wiggle room. Those who take a bit of time for it, thanks to the VR, can still get sharp shots even at times up to a 1/4 second. As a result, you can keep the ISO value lower for higher image quality, for example. Or you can use it to stop down a little more. That also improves image quality. Image stabilization is therefore useful, even on a lens with such short focal lengths. 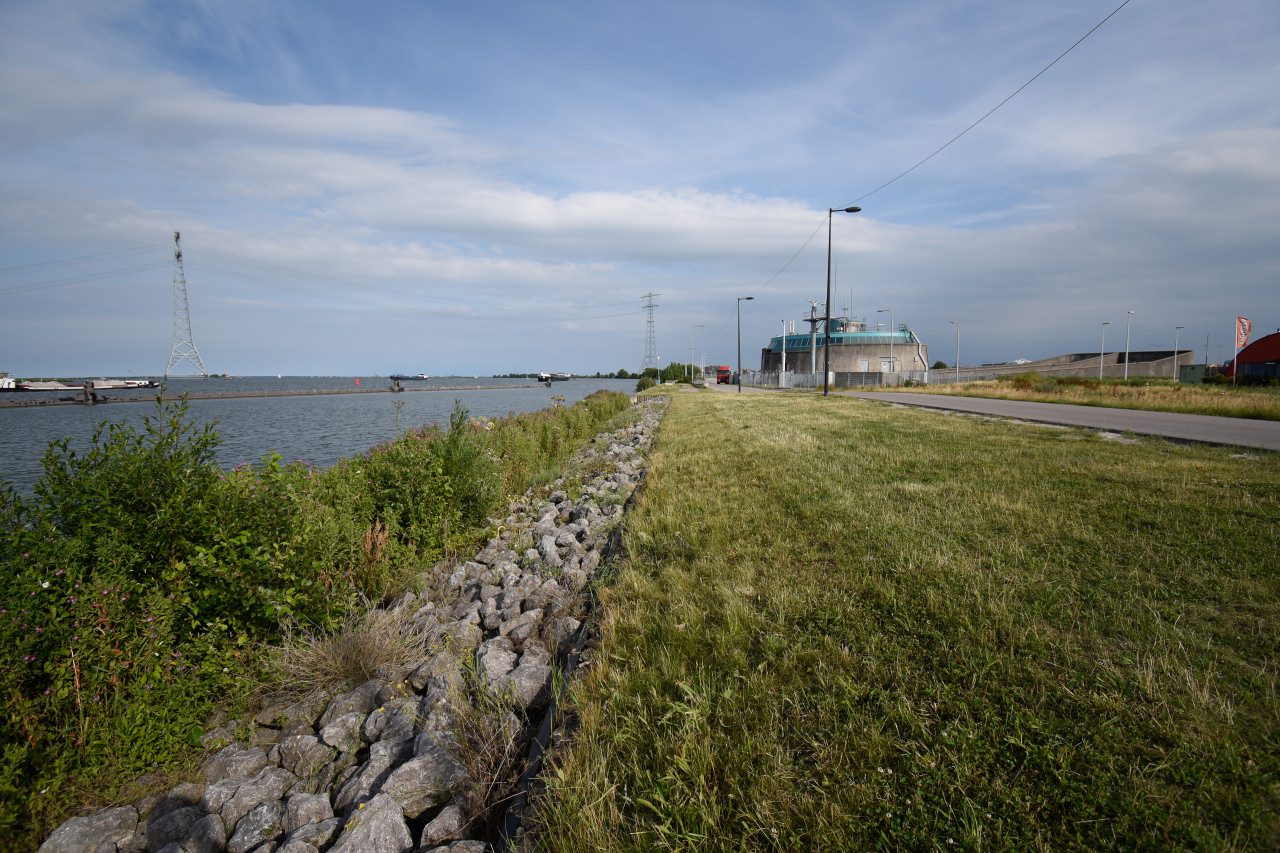 In general, the NIKKOR 10-20mm VR performs quite well. Those who shoot in RAW and do not correct (But why would you do that?) can detect vignetting, chromatic aberration and distortion. The vignetting is of course the strongest at 10mm at full opening. But even at f/8, it is still visible without corrections. At the other zoom positions, it is less, but still present. The barrel-shaped distortion is also significant in the 10mm position. With zooming in, it decreases until at 20mm it becomes slight pincushion-shaped distortion. 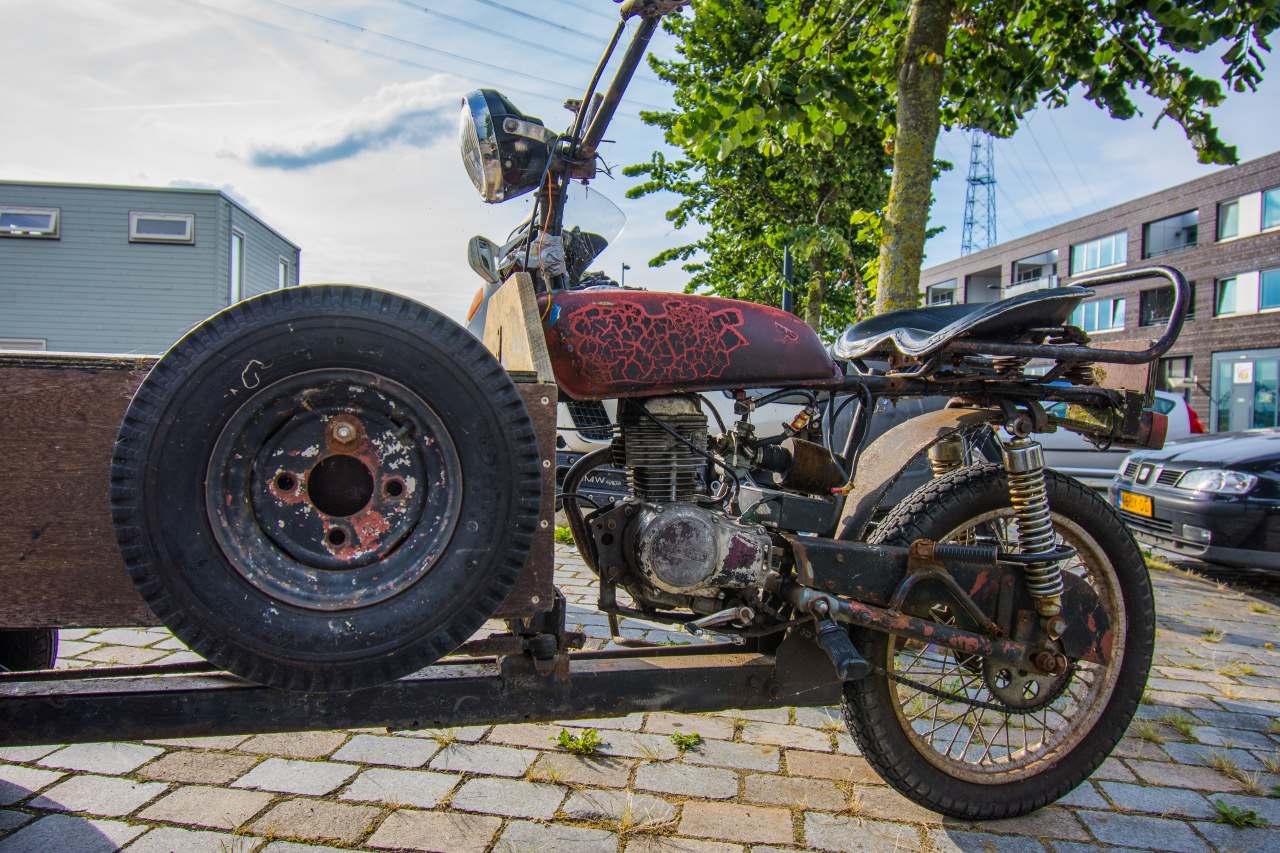 In the corners, you can find chromatic aberration and in the extreme zoom positions, 10mm and 20mm, the sharpness in the corners at full opening clearly lags behind the center. The lens is thus not perfect. But you see that only if you shoot in RAW without any corrections. And that’s not a realistic scenario. We assume that most users are starting photographers who will generally work in jpeg. And the results look very different in jpeg. The corrections made by Nikon cameras internally are very effective, and do a good job handling the distortion, vignetting and chromatic aberrations. The pictures that you then take with the DX NIKKOR 10-20mm F/4.5-5.6G VR already look good at full aperture. Stop down one or two stops, and you reach the maximum quality that you can get from this lens. And if you work in RAW, you can of course correct as much as needed. And even then you get great pictures. With some digital help, this is thus a fine lens that is worth much more than its price.

The low weight and compact dimensions of the Nikon AF-P DX 10-20mm F/4.5-5.6G VR ensure that this lens can always find a place in your bag, and the performance, especially if you stop down a stop, is just fine. For starters looking for an ultra-wide angle, this lens is a logical choice. But also for advanced photographers who want to fill their set with a wide angle for occasional use, this is a great option.