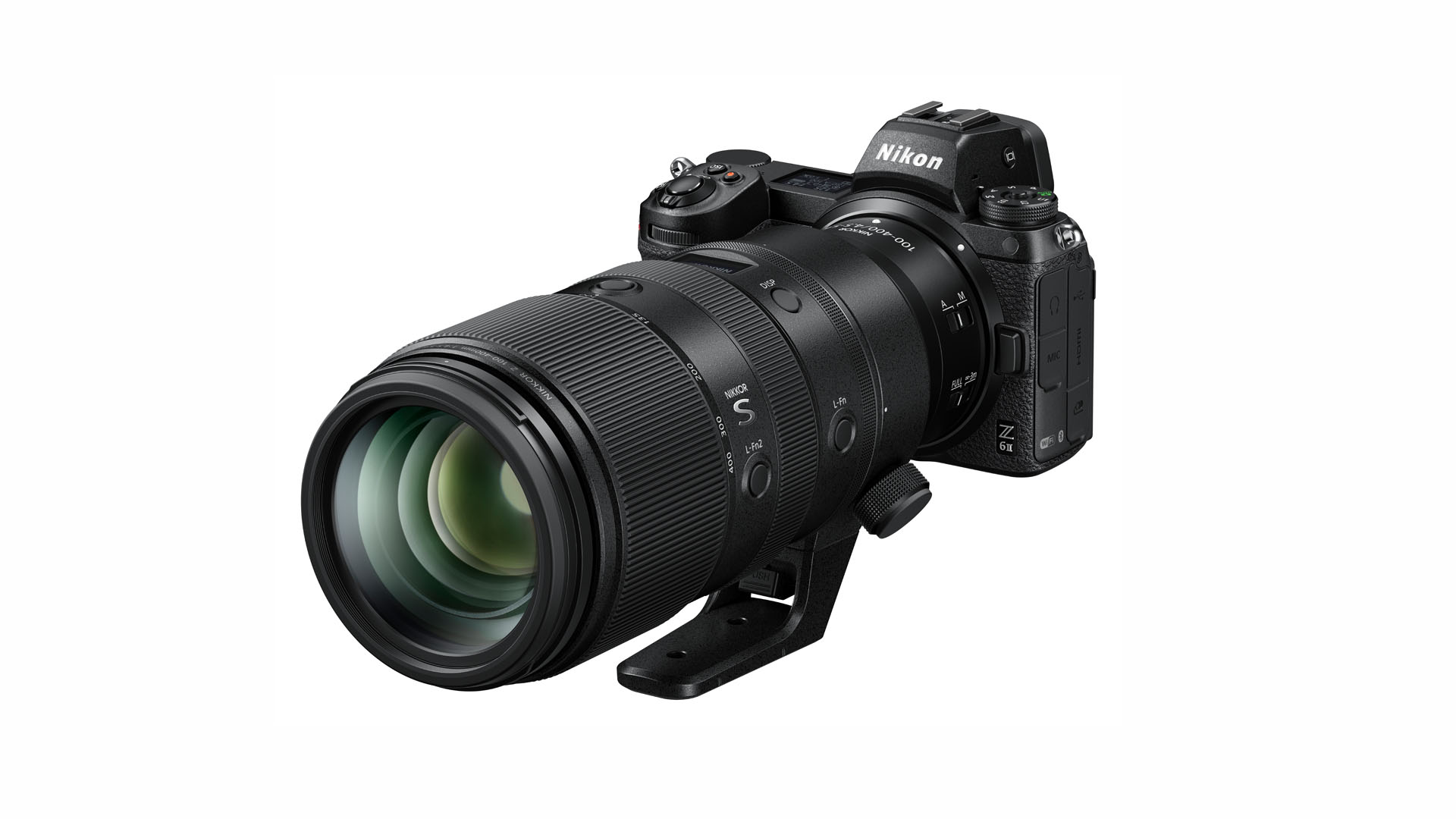 The Nikkor Z 100-400mm F4.5-5.6 VR S is Nikon’s long telephoto zoom for the Z system. The lens is relatively light, and the range can be expanded even further with teleconverters. 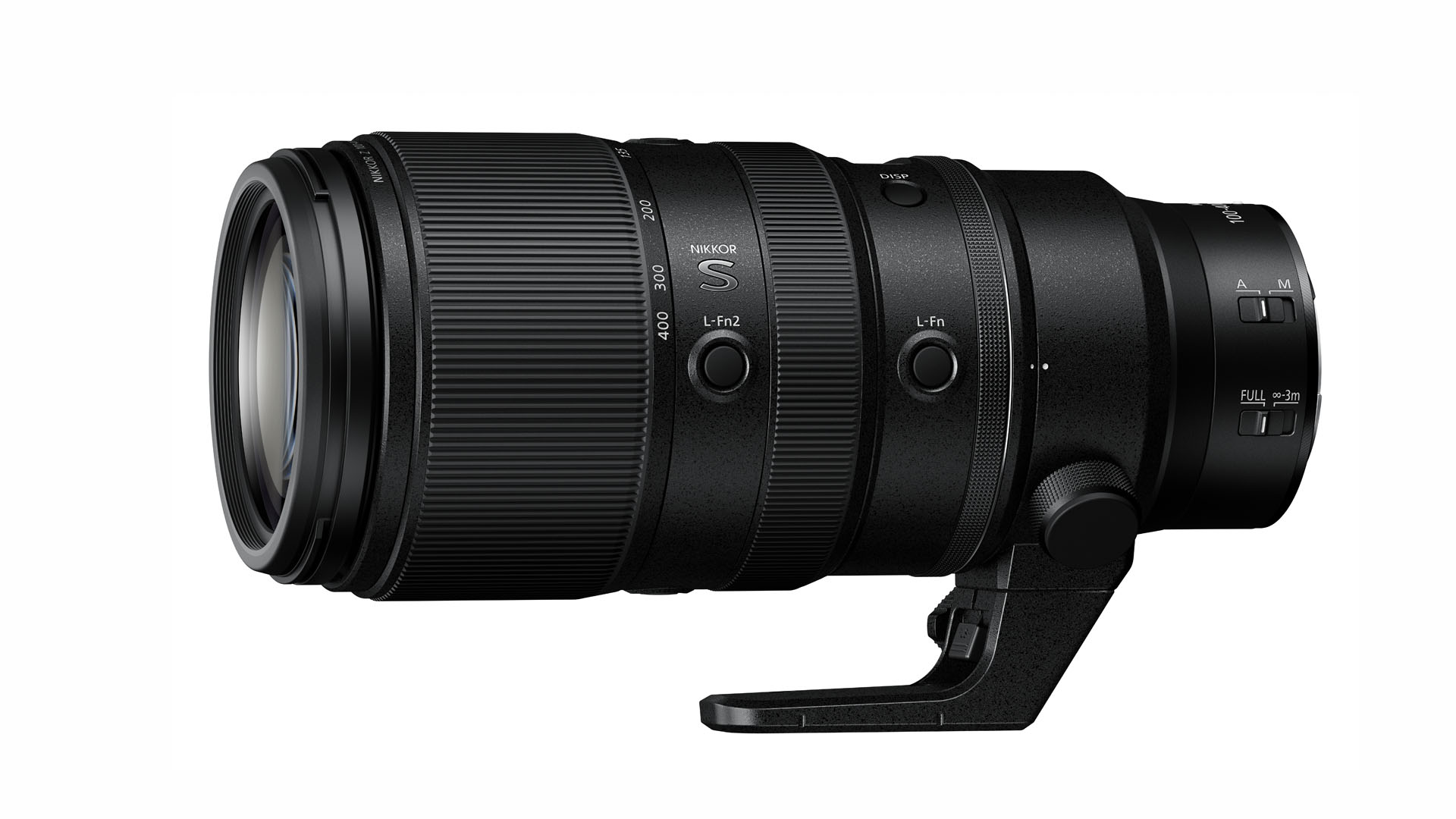 For users of Nikon’s Z system, there isn’t much choice yet when it comes to long telephoto lenses that can be used without an adapter. That’s why it’s good that there’s now the Nikkor Z 100-400mm F4.5-5.6 VR S. That lens has twice as long a range as the Nikkor Z 70-200mm F2.8 VR S. It can also be used with Nikon’s 1.4 and 2x converters, with which the range can be increased to 800mm. The Nikkor Z 100-400mm F4.5-5.6 VR S is a lens in Nikon’s S series. Those are the highest class of lenses. This is reflected in the options and extras. The 100-400mm has a programmable setting ring that can be used to, for example, set the aperture, the sensitivity of the sensor or an exposure compensation. There is also an OLED screen on which the set focal length, aperture or depth of field can be read. 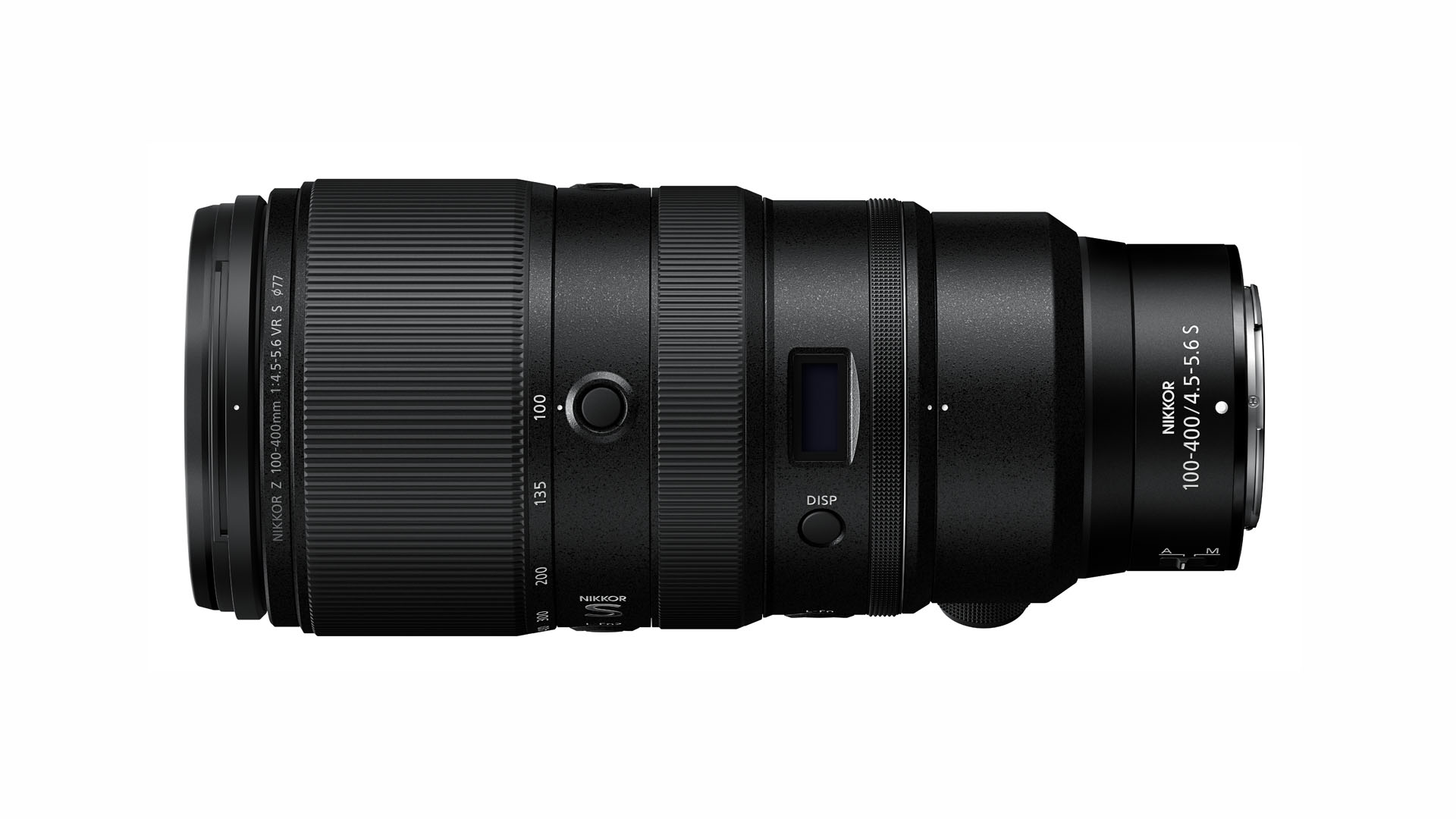 The lens has several adjustable function buttons, and it is equipped with image stabilization. It is also weather resistant. This lens is therefore suitable for demanding photographers who want to use their equipment under all conditions. This comes with a hefty price tag, but the lens is no more expensive than similar top-quality lenses from Sony or Canon. The 100-400 mm F4.5-5.6 VR S is about 1355 grams without a tripod collar, which is quite light for a lens in this class. The Sigma 100-400 mm f/5-6.3 DG DN OS Contemporary is slightly lighter, but that lens is also one-third stop less bright over the entire range. The 100-400 mm F4.5-5.6 VR S is also about 100 grams lighter than the Nikon AF-S 80-400 mm f4.5-5.6G ED VR. And that must also be used with an FTZ adapter on a Z-camera. 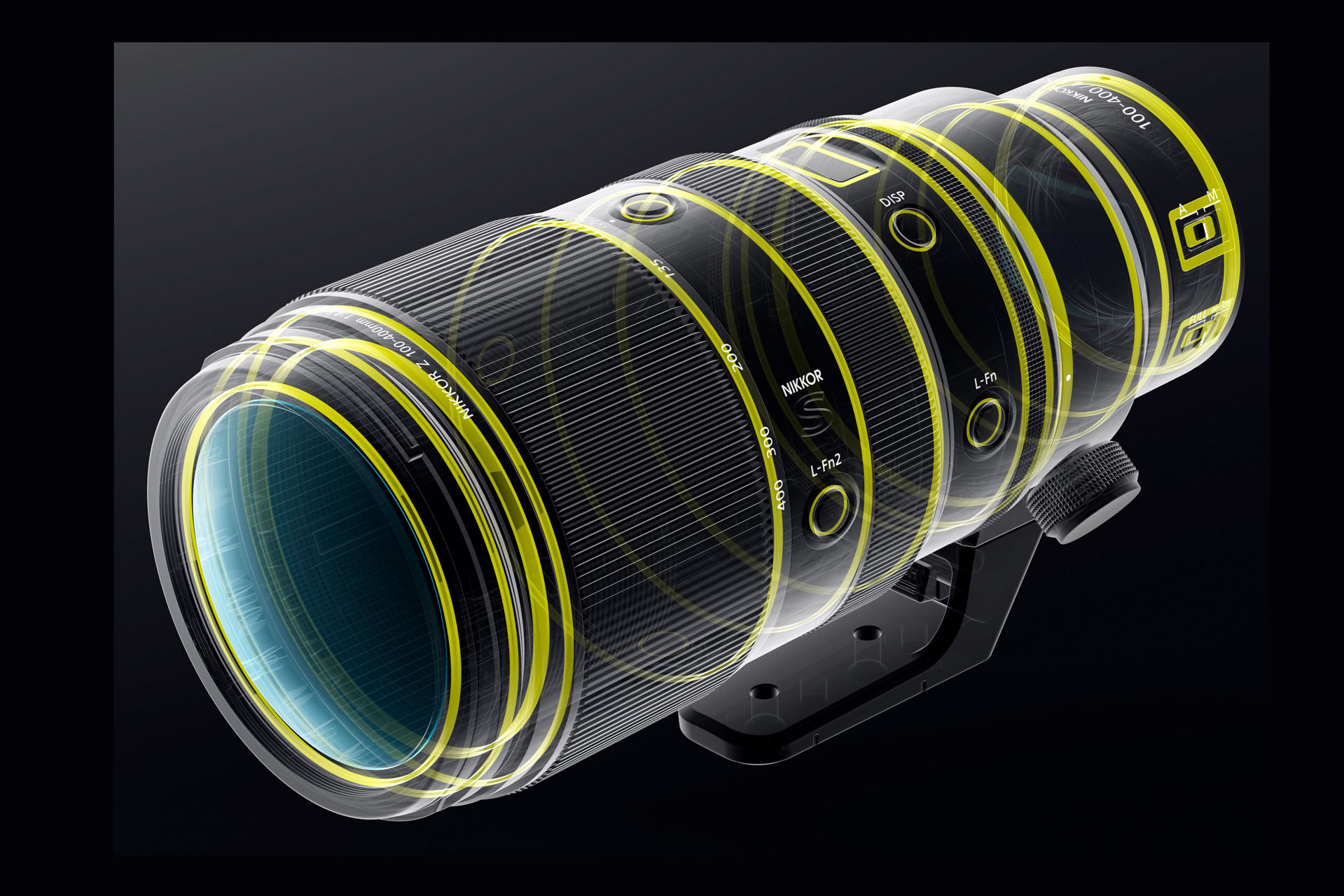 The Nikkor Z 100-400mm F4.5-5.6 VR S is a solidly built lens with a light metal housing. It is weather resistant and fitted with gaskets around all moving parts. The front lens has an extra coating to keep the lens clean and free of moisture. The lens has three setting rings. The broad zoom ring is at the front. In the middle is a narrower focus ring. Between the zoom ring and the focus ring are four programmable buttons, with the button on the left labeled L-fn2. Behind the focus ring are the L-fn1 button and the OLED screen, and behind that is a programmable setting ring. Close to the mount are switches for the autofocus and manual focus and for limiting the focus range. 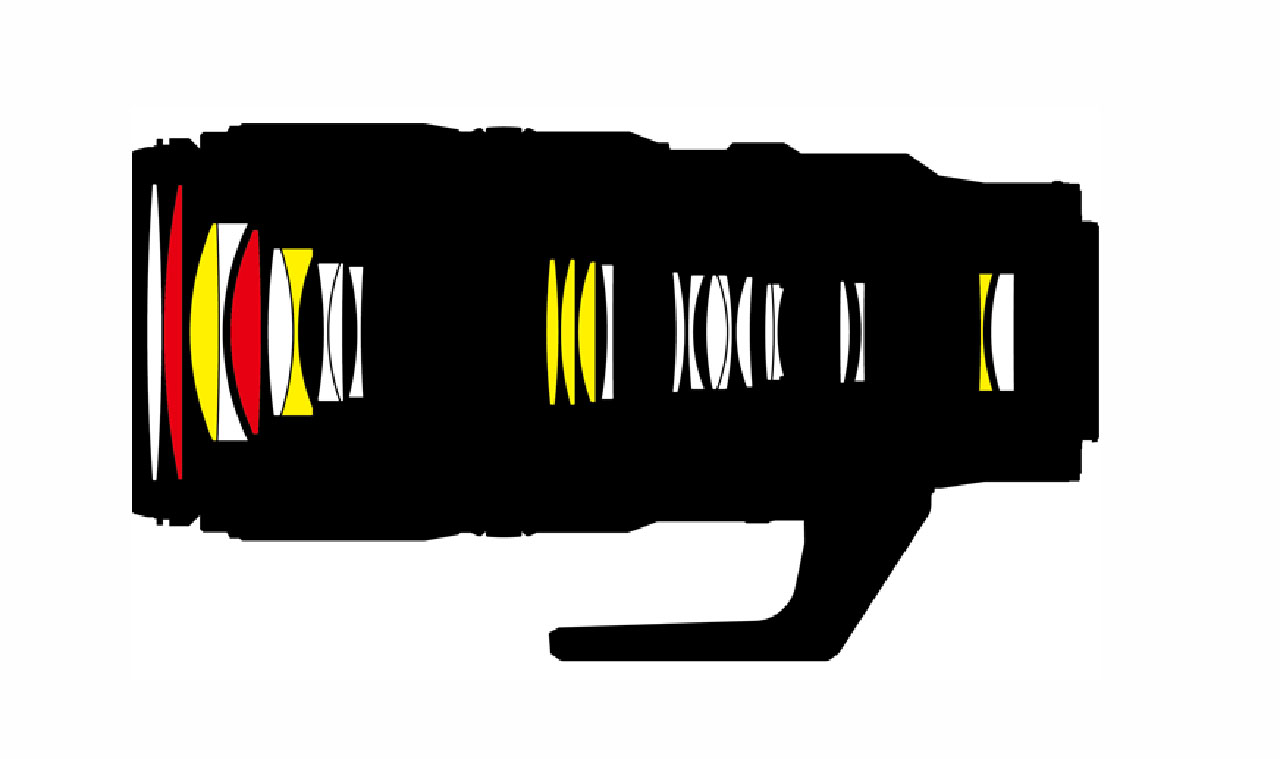 The optical design is 25 lens elements in 20 groups. There are 6 ED and 2 Super ED elements. The diaphragm has 9 blades, which should ensure a round aperture. The filter size is 77 mm. The lens has a detachable tripod collar. Without the tripod collar, the weight drops from 1435 grams to 1355 grams. The 100-400mm F4.5-5.6 VR S comes with a lens hood.

The Nikkor Z 100-400mm F4.5-5.6 VR S uses two stepper motors for focus. They provide quiet and smooth focusing, and by using two, the speed will also be high. The focus can easily be taken over manually by turning the focus ring. The shortest setting distance varies from 75 cm at 100 mm to 98 cm at 400 mm. The maximum magnification that can be achieved is 0.38x, which is quite reasonable. With a teleconverter, the shortest setting distance remains the same, but the field of view becomes smaller. This increases the maximum magnification. 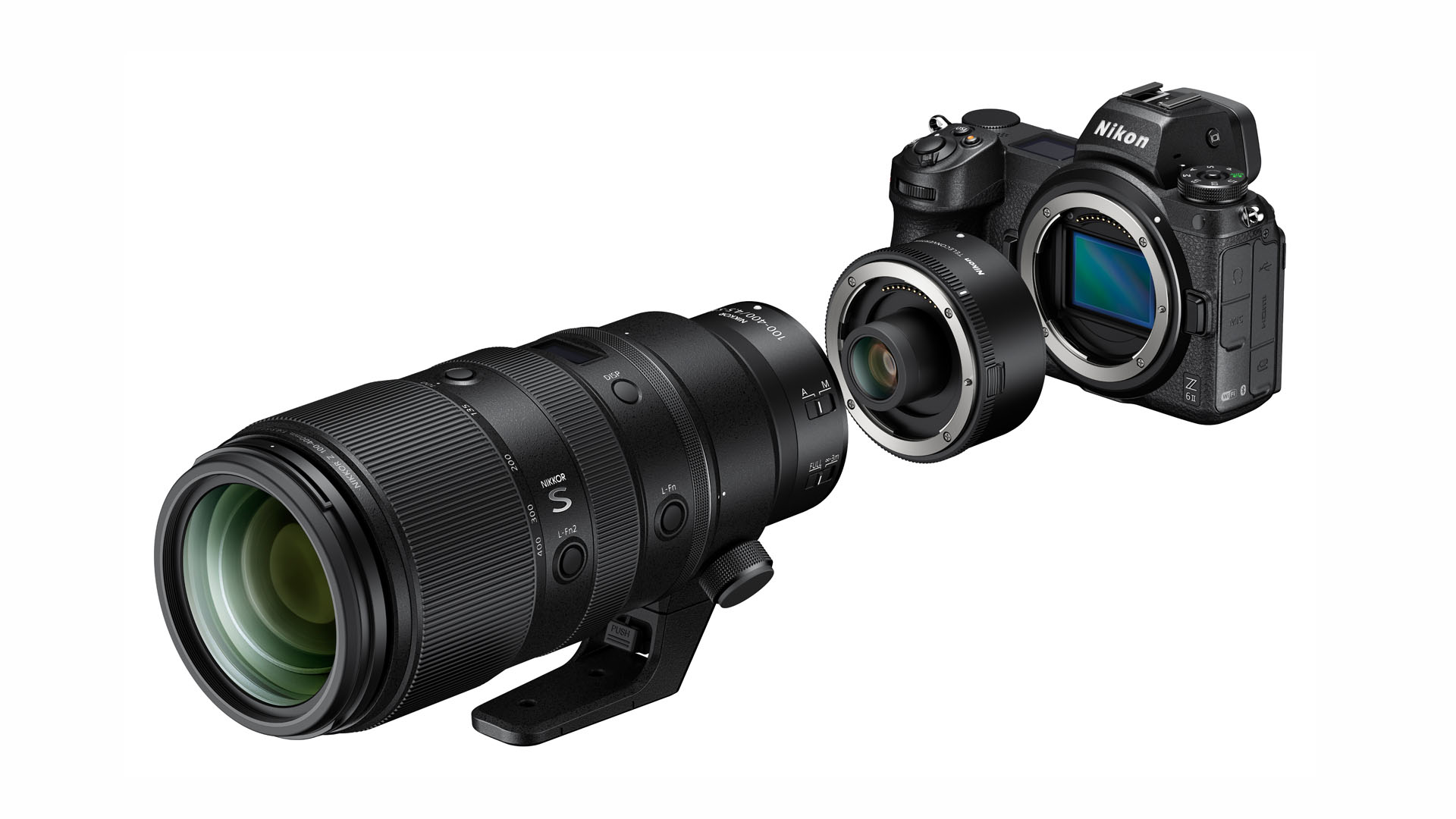 The MTF curves show a lot of good things. To start with, the sharpness is good both in the center and the corners at full aperture and over the entire range. The gradient of sharpness to the corners is quite minimal. It is also nice that the image quality at 400mm seems to be even slightly better than at 100mm. That is good because you will mainly buy a long telephoto zoom because of the 400 mm position. If you don’t often need that, you would be better off with the Nikkor Z 70-200mm F2.8 VR S. The MTF curves of the Z 100-400mm F4.5-5.6 VR S are also slightly better than those of the Nikon AF-S 80-400mm f4.5-5.6G ED VR. That lens can of course be used with an FTZ adapter on the Z cameras, but the new Nikkor Z 100-400mm F4.5-5.6 VR S offers both functionally and optically more than its predecessor.

The Nikkor Z 100-400mm F4.5-5.6 VR S is a beautiful and indispensable addition to the lens series for the Z system. It is a popular lens for sports and wildlife photographers. The ability to use teleconverters increases the flexibility and usability of the lens. With a 2x converter you get to 800mm, which is already a decent range for bird photographers, for example.

Optically, this lens is just a step better than the AF-S version for SLR cameras, and it is also more versatile thanks to the programmable setting ring and the extra function buttons. It will therefore come as no surprise that all this quality comes with a hefty price tag. But if you have the budget, this Nikkor Z 100-400 mm F4.5-5.6 VR S is a good buy.