The Laowa 7.5 mm f/2.0 MFT is a tiny wide-angle lens for the Micro Four Thirds system. Don’t be fooled by its size. This lens has an especially big field of view and high brightness. It is a great super-wide angle for wandering photographers who want the capabilities but not the weight or size that usually go hand-in-hand with such a lens. And it is the ideal lens to put under drones. 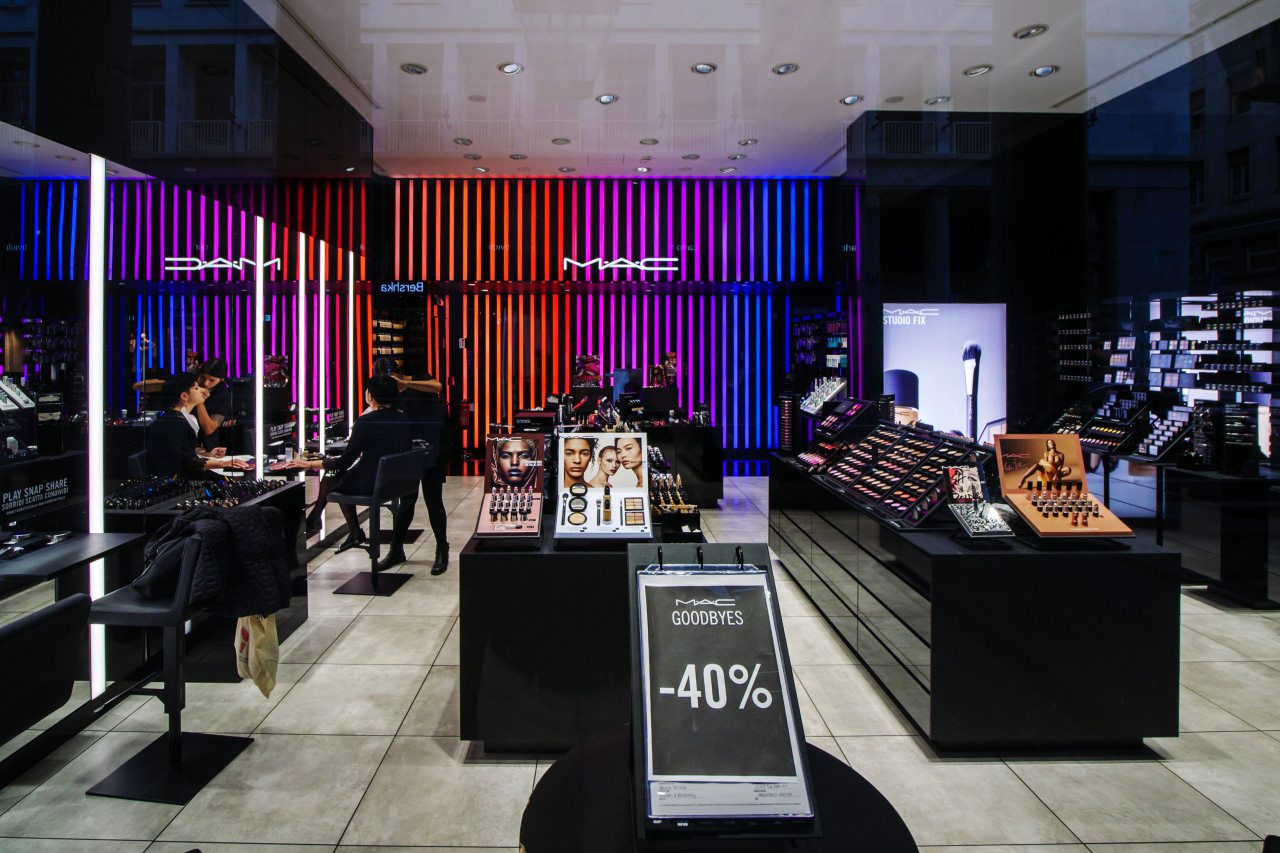 The Venus brand has so far been known to only a small group of enthusiasts, but if this 7.5 mm is a sign of what’s coming, then that will soon change. The brand has previously released special lenses, like a 15 mm macro lens with shift capability and a 105 mm with apodization filter for a unique bokeh. This Loawa 7.5mm is a more typical lens for which we predict a great future. Why? Because there are few alternatives to this lens. The Laowa 7.5 mm is available only for the Micro Four Thirds system. The field of view of the 7.5 mm corresponds to that of a 15 mm on 35 mm. Both Panasonic and Olympus have 7-14mm zooms for this system. Panasonic’s has a brightness of f/4; the 7-14 mm zoom from Olympus is an f/2.8. Both are bigger, heavier and more expensive than the Laowa, and you can’t use filters with either of them. With the Laowa, you can, which is a big plus for landscape photography. Another special feature of the Venus Laowa 7.5mm f/2 is that the lens is available in two versions. The regular version weighs about 170 grams and the light version is another 20 grams lighter. The latter is meant especially for use under drones and on gimbals. DJI has Micro Four Thirds cameras that can be used with a limited number of light and compact lenses from Olympus and Panasonic. Think, for example, of the 12 mm f/2.0 from Olympus or the 15 mm f/1.7 from Panasonic. The Venus Laowa 7.5 mm f/2 is about the same size and weight as these lenses, and it works just as well. With bigger lenses such like the 7-14 mm zooms, the gimbal can no longer stabilize the camera properly. That doesn’t mean that the Light version can only be used under a drone. It works, of course, just as well as for landscape or interior photography as its slightly heavier brother. 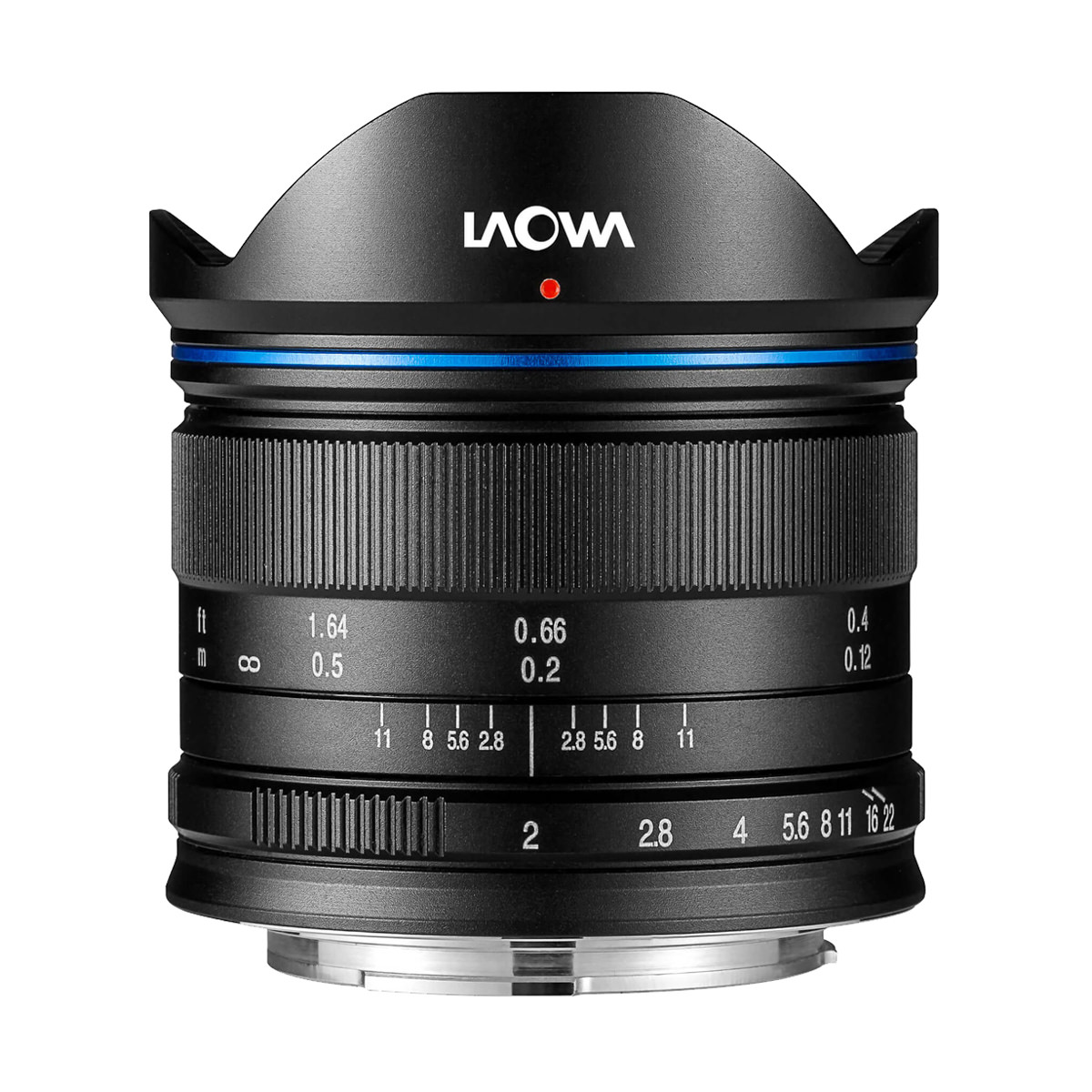 Next to the regular, 170-gram version, there is a light version that is 10% lighter. Handy for drone use.

The Venus Laowa 7.5mm f/2 is a fully mechanical lens. The focus and operation of the aperture are completely manual, and there is no coupling between the camera and the lens. That means that no automatic lens corrections take place and that you have no EXIF information about the lens. On the front of the lens, two things stand out: the 46mm filter thread, allowing you to use thin 46mm screw filters or a filter system and the surprisingly convex front lens. The Laowa 7.5mm f/2 also comes with a small lens hood, and when you aren’t using use filters, it’s recommended that the lens hood be left on. It prevents flare and possible damage to your front lens. The front lens also has a coating called Laowa FEC, Frog Eye Coating. This coating is supposed to repel water and grease and thus prevent dirt from sticking Further, you’ll find a broad focus ring on the Laowa, at least as wide as possible on such a small lens, a depth of field scale and an aperture ring. The indications on the focus ring go in meters directly from infinity to 0.5m and 0.2 meters. That already indicates that even at f/2.8 you will already have a lot of focal depth. The back consists of a metal mount, also in the lightweight version. The lens is not extra weather resistant. The lens itself does not have any electronic contacts, so it can handle a drop of water or two. You do have to be careful that no water runs through the mount into your camera when it rains. 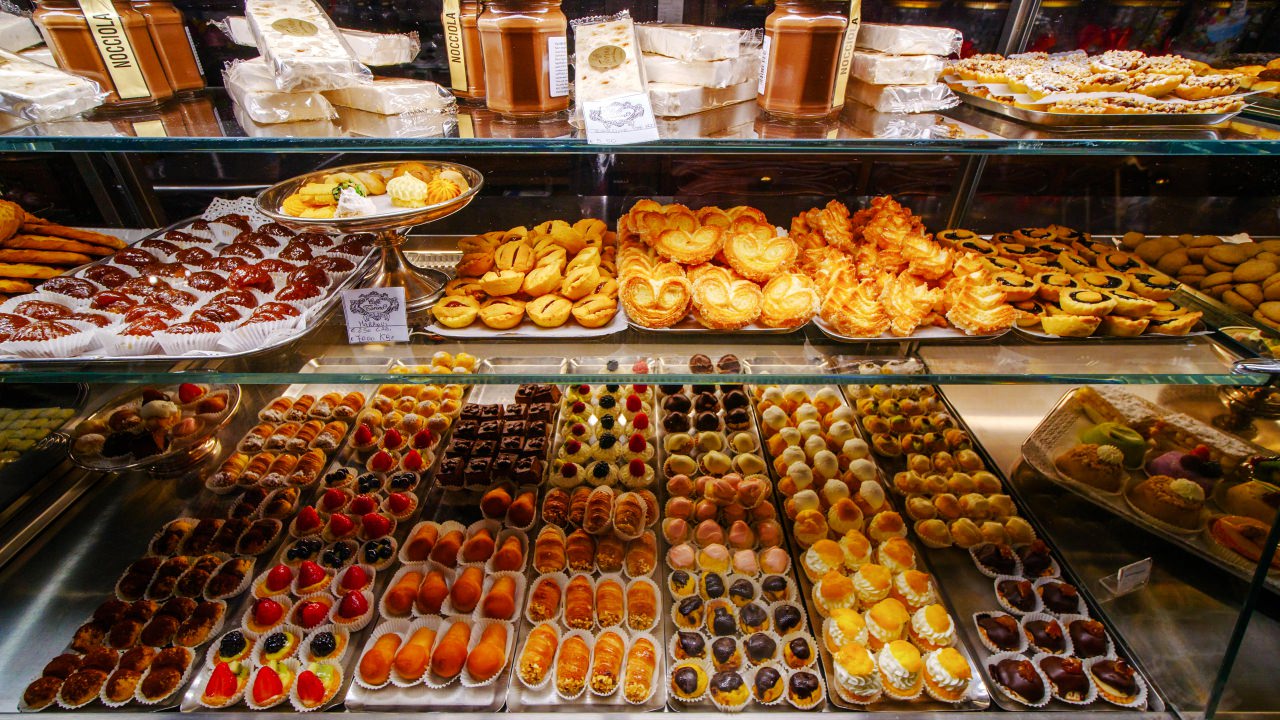 As small as this lens may be, it still consists of 13 elements in 9 groups, and it has a number of special lens elements. The optical quality is therefore pretty good. It has quite a bit of barrel-shaped distortion of just over 1%, but the 7-14mm zooms for Micro Four Thirds have that too. Only the zooms are corrected directly in the camera, and that doesn’t happen with this Laowa. Fortunately, it’s fairly simple distortion without a wave pattern, and you can easily correct it in post processing, if you like. The same applies to the vignetting. At nearly 3 stops at full aperture, that’s clearly present and only becomes acceptable at f/4, although it remains more than one full stop at any aperture. Again: If you want to completely get rid of vignetting, you have to correct it in post processing. The sharpness in the center is already good at full aperture. The corners lag well behind: f/2.8 shows a clear improvement in the corners, and at f/4 and f/5.6, the lens performs at its best and the image is sharp from corner to corner. Chromatic aberrations are reasonably well suppressed. In the corners, you can see a bit of it in high-contrast shots, but here too a little correction in the post-processing can do wonders. All in all, this little Laowa performs excellently. 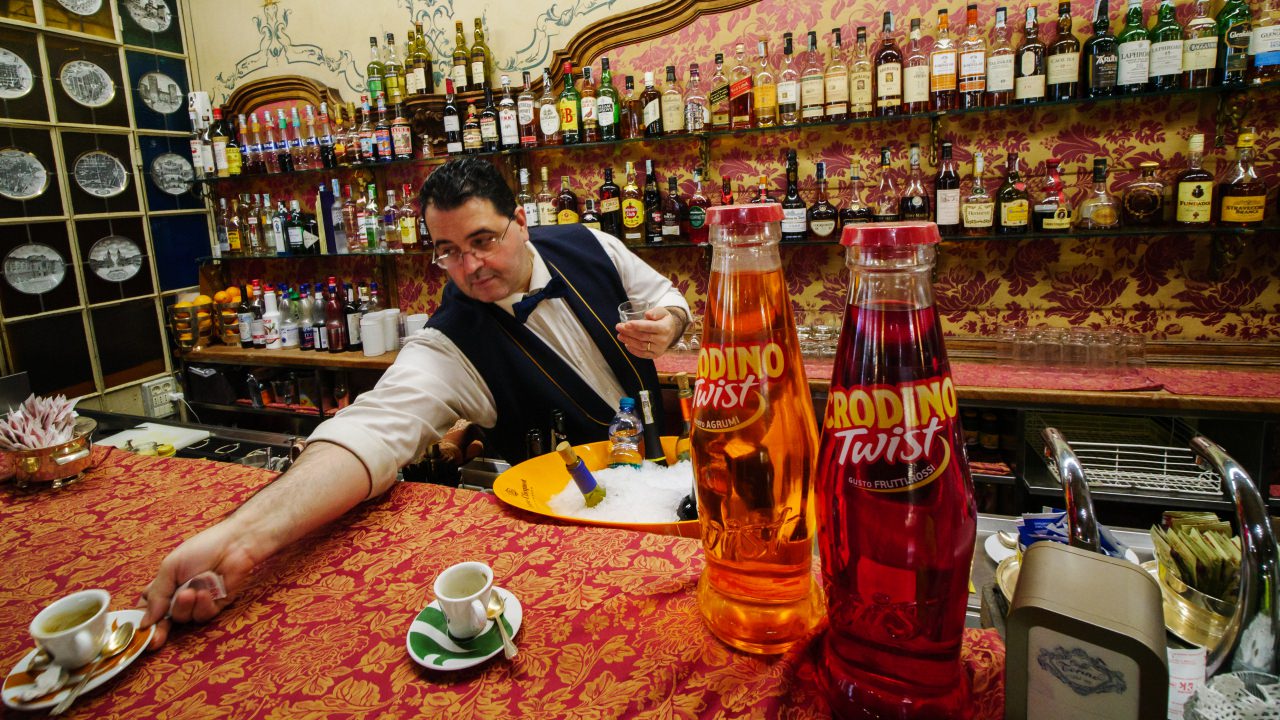 With a focal length of 7.5mm, it seems strange to talk about bokeh. But with a brightness of f/2.0, it’s possible to get a bit of a blurred background. Your subject must be very close, and the background must be a long way away from you to make it happen. The fact that the corners are already soft at full aperture contributes to the impression of a gradient from sharp to blurred.

The Venus Laowa 7.5mm f/2 is both a great ultra-wide angle lens for traveling or just for anyone who wants to have a lens like this in their bag without it taking up much space or weight. But where this lens really is indispensable, is on the Zenmuse cameras, the Micro Four Thirds cameras from DJI. Those are specially designed to work DJI’s own gimbal. A gimbal is a kind of image stabilization system that consists of small motors that correct the movements of the camera. You can use them both under a drone and by the hand to make videos without shocks. To be able to work properly, the camera has to be nicely balanced in the gimbal. That means that you can’t put just any lens on the camera. In fact, for the DJI camera, only a limited number of lenses are small and light enough. And until the arrival of this Laowa, none had such a big field of view. With the Laowa 7.5 mm f/2, you can now get super-wide angle pictures with a professional DJI drone and the Zenmuse cameras. That’s not only useful in small spaces, but also ensures that you can fly closer to your subject and get a wider perspective.

Bright super-wide angles are the favorite tools of astrophotographers. You can photograph the entire Galaxy in a single shot with a super-wide angle. If the brightness is high, you can also do that with reasonably short shutter speeds and an ISO value that’s low enough to not get too much noise. Because of the somewhat soft corners and the considerable vignetting at full aperture, you’ll have to stop down to f/2.8 with the Laowa to get a really acceptable picture. 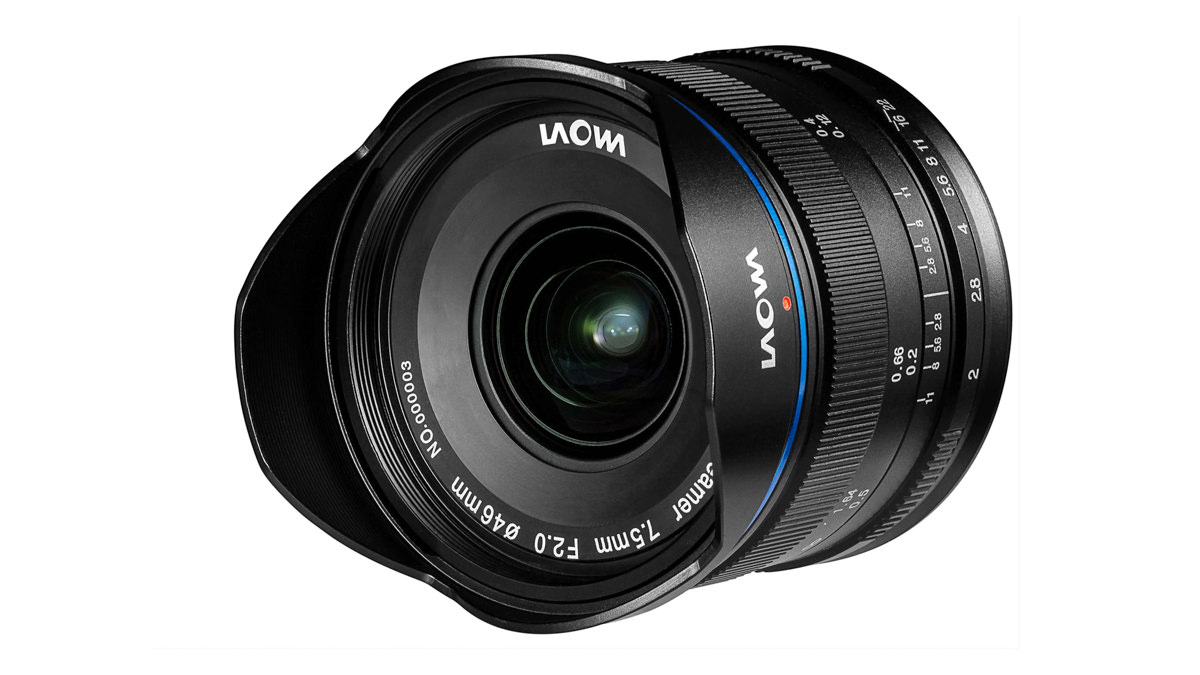 All in all, this little Laowa 7.5mm f/2 performs excellently.

The Venus Laowa 7.5 mm f/2 lens is a particularly attractive little lens. It is the smallest ultra-wide angle you can buy for Micro Four Thirds. It’s also the brightest and most inexpensive ultra-wide angle for this system. The image quality is excellent, and you can use filters on it. The fact that this lens doesn’t have autofocus is actually no problem. With such a short focal point, you really don’t even have to focus for landscape photography. Set it to f/8 and a bit short of infinity, and everything is sharp from front to back. The Laowa 7.5 mm f/2 is actually the perfect ultra-wide angle for the compact Micro Four Thirds cameras.