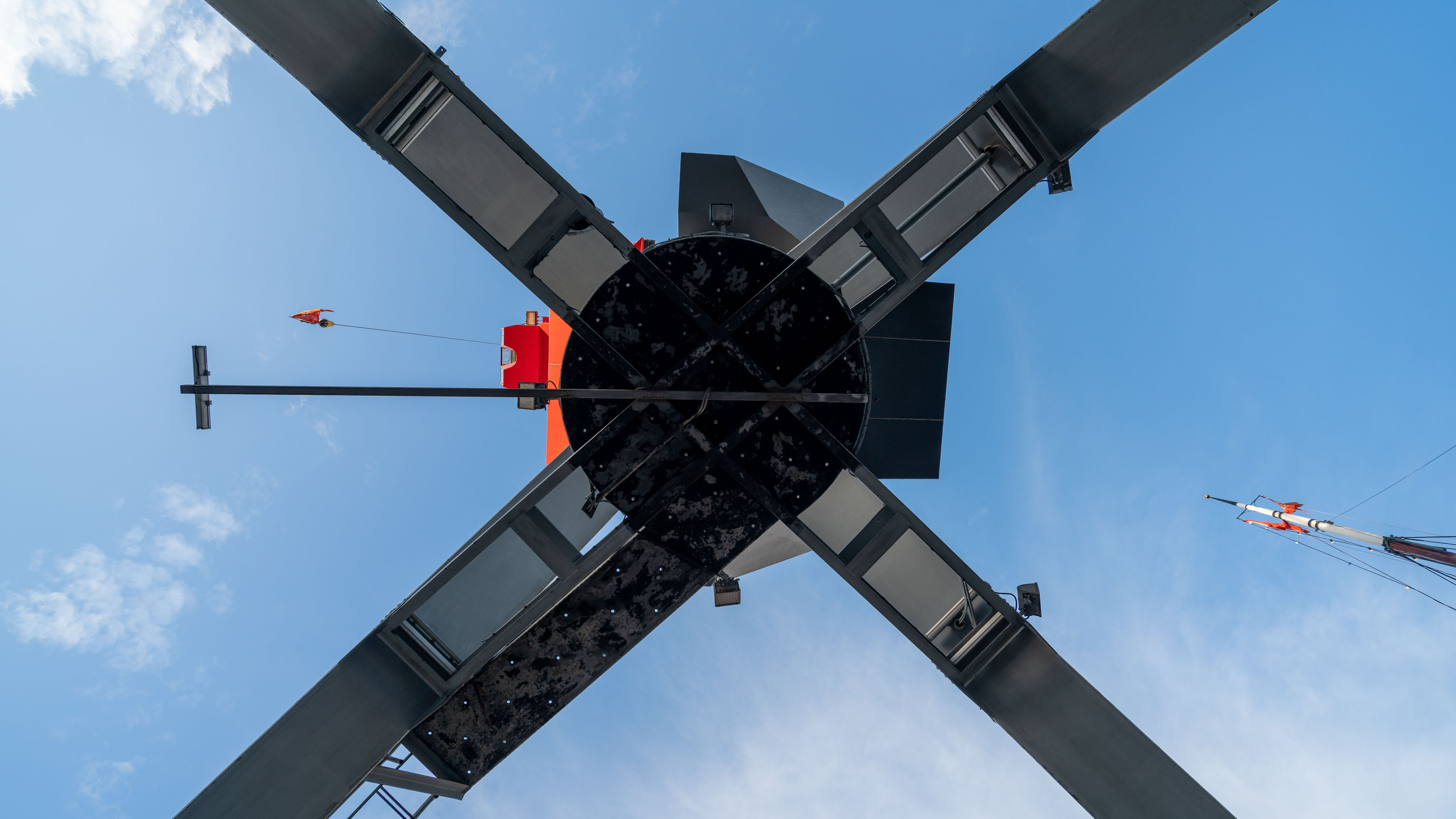 The Laowa 15mm F2 Zero-D is a bright super-wide angle from Laowa. It is the brightest 15mm in the world, and it is also quite distortion-free. For a 15mm wide angle with this brightness, it is surprisingly small and light as an extra plus.

The Laowa 15mm F2 Zero-D is one of the few super-wide angles with which you can still play with the depth of field. Due to its high brightness, it is also ideal for low-light shooting and astrophotography. 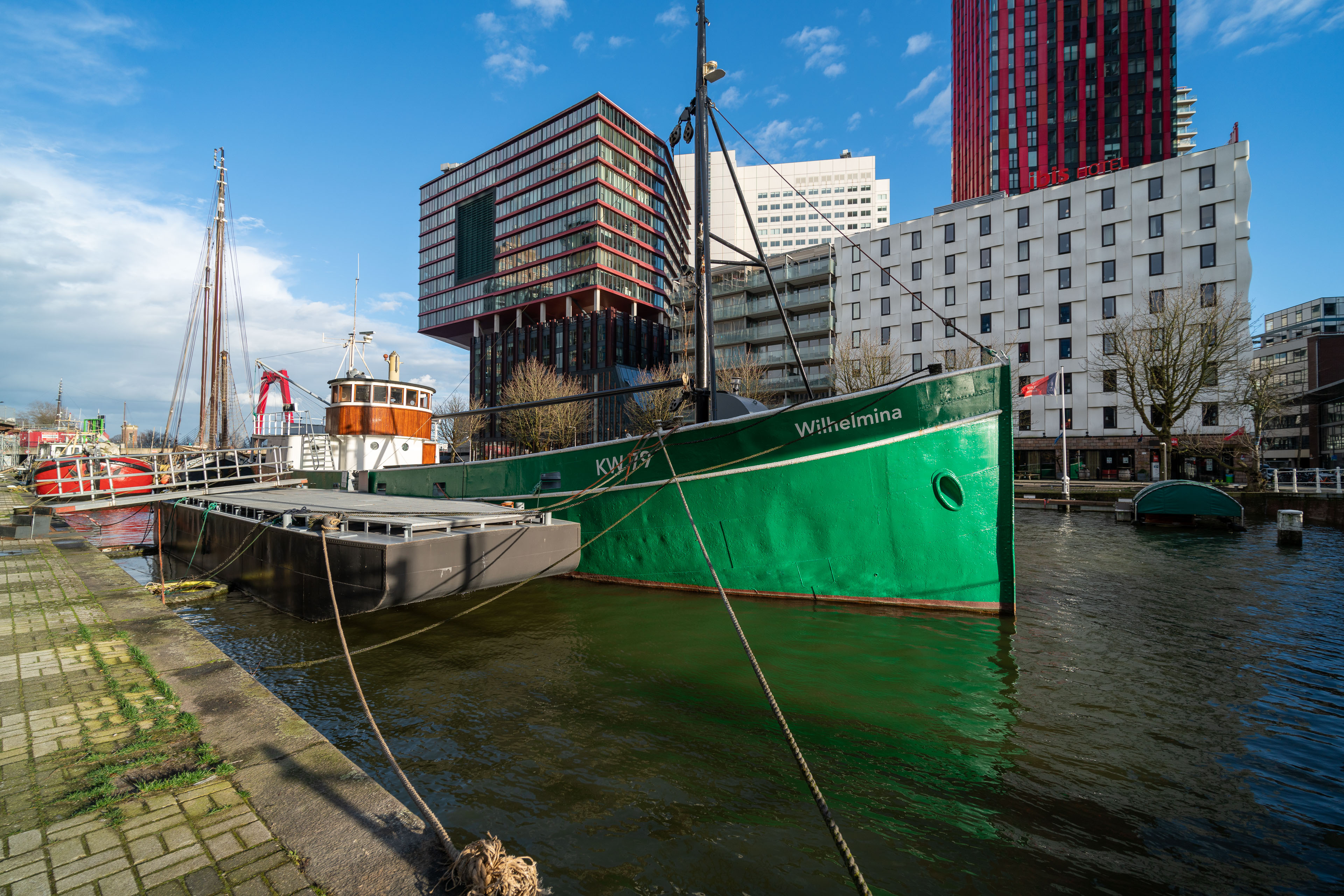 The Laowa 15mm F2 Zero-D is one of Laowa’s three 15mm full-frame lenses. If we add the new Laowa 14mm F4 FF RL Zero-D, we even get four lenses with almost the same field of view. Yet they are all different. The Laowa 14mm F4 is the most compact and is the ideal choice for gram misers or photographers who don’t use a lens too often. Since it is small and light, the temptation to leave it at home is not that great. The Laowa 15mm F4.5 Zero-D Shift  is, as the name implies, a shift lens that is ideal for architectural photography. The most unique is perhaps the Laowa 15mm F4 Macro 1:1 Shift. This lens can focus to a magnification ratio of 1:1 and shift simultaneously. So it is a super-wide angle with macro. With this lens, you get a lot of background in the frame at 1:1, and the shift option ensures that you have extra control over what you want to show from the background. 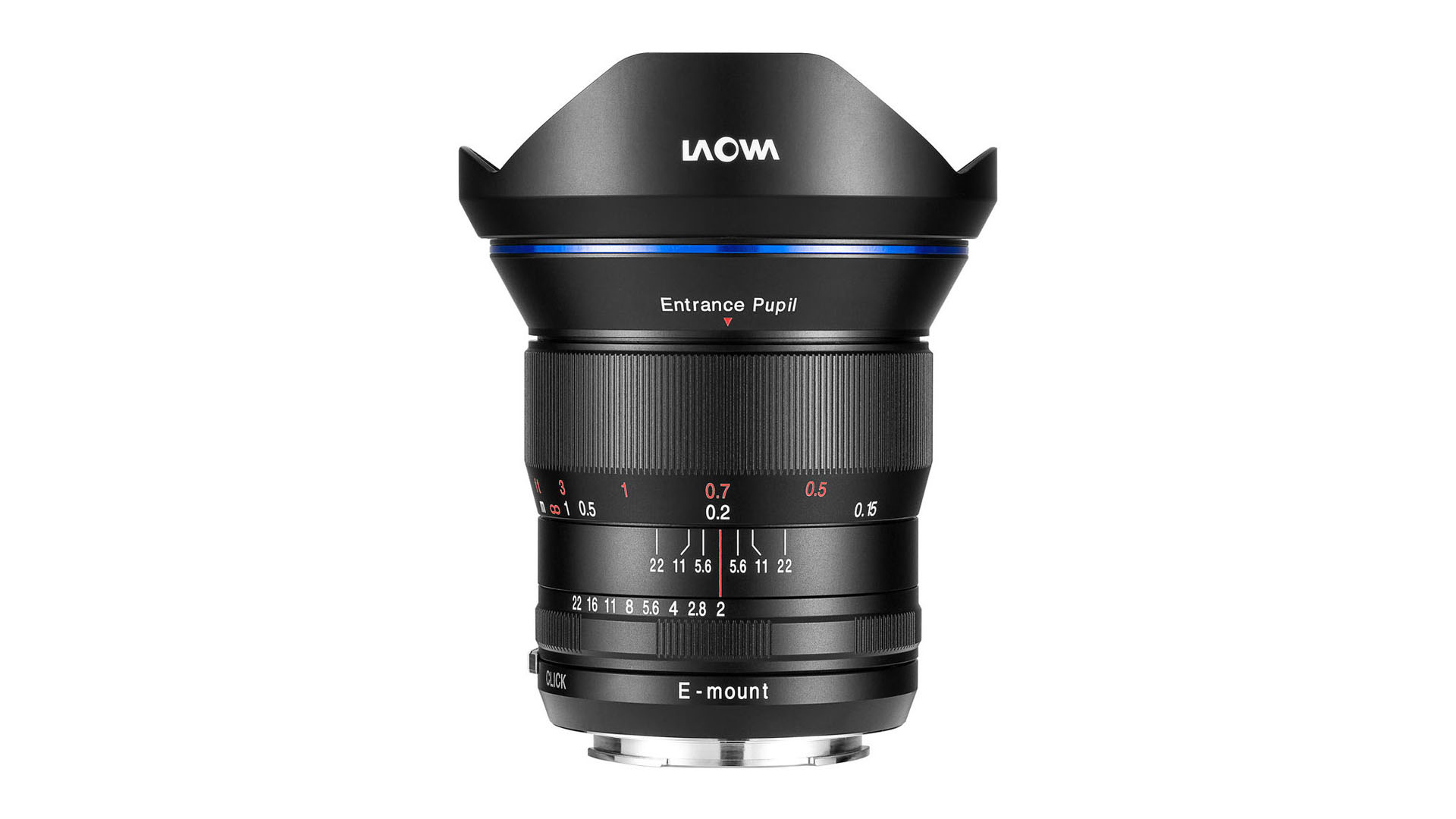 However, none of these three lenses has a higher brightness than F4. This is no problem for landscapes, architecture or macro. But if you are looking for a super-wide angle to photograph something by hand, even in low light, or if you want to photograph stars, for example, then more brightness is nice. Then you soon turn to the Laowa 15mm F2 Zero-D. According to Laowa, this is the brightest 15mm in the world.

Sigma has an even brighter super-wide angle with the Sigma 14mm F1.8 Art. That’s not 15 mm, although it won’t make much difference for most photographers in practice. What will make a difference are the weight and dimensions. The Sigma has a diameter of 95mm and a length of 126mm and weighs 1120 grams, without an adapter for mirrorless cameras. The Laowa 15mm F2 Zero-D can only be used on mirrorless cameras and has a diameter of 77mm, a length of 82mm and a weight of 500 grams, a perfect example of the advantages of mirrorless systems. It can also focus much closer and can be used with 72mm screw filters, where you have to use a special filter system for the Sigma. 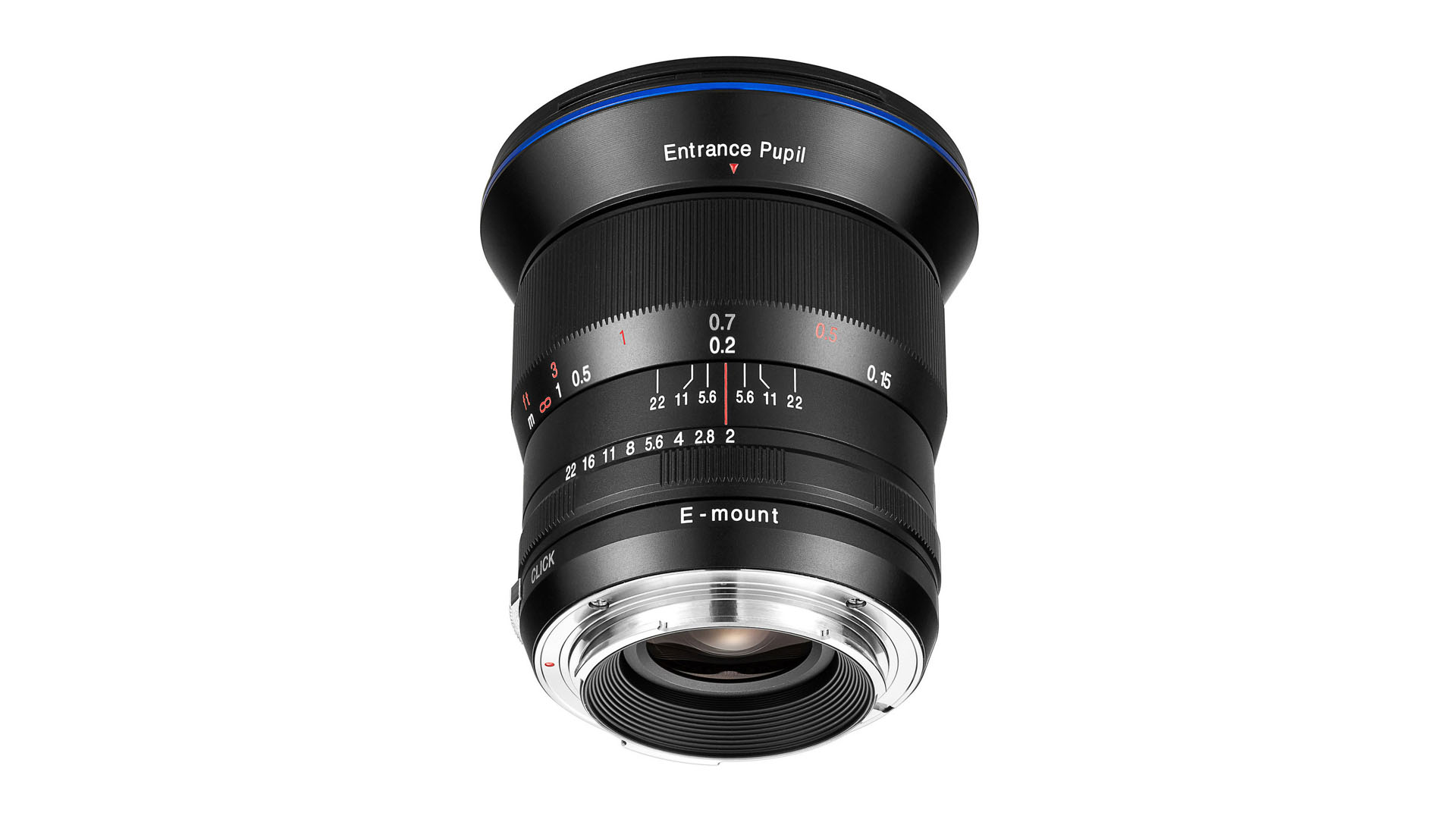 The Laowa 15mm F2 Zero-D, like most Laowa lenses, is made entirely of metal and glass. It has a wide focusing ring with fine grooves and an indication for the set distance in meters and feet. A classic depth of field scale has been applied to the housing so that you can easily make a preset of the focus. Near the mount is the aperture ring, which clicks in full stops. Between the aperture ring and the mount is another switch with which you can also make the aperture clickless, for video work for example. 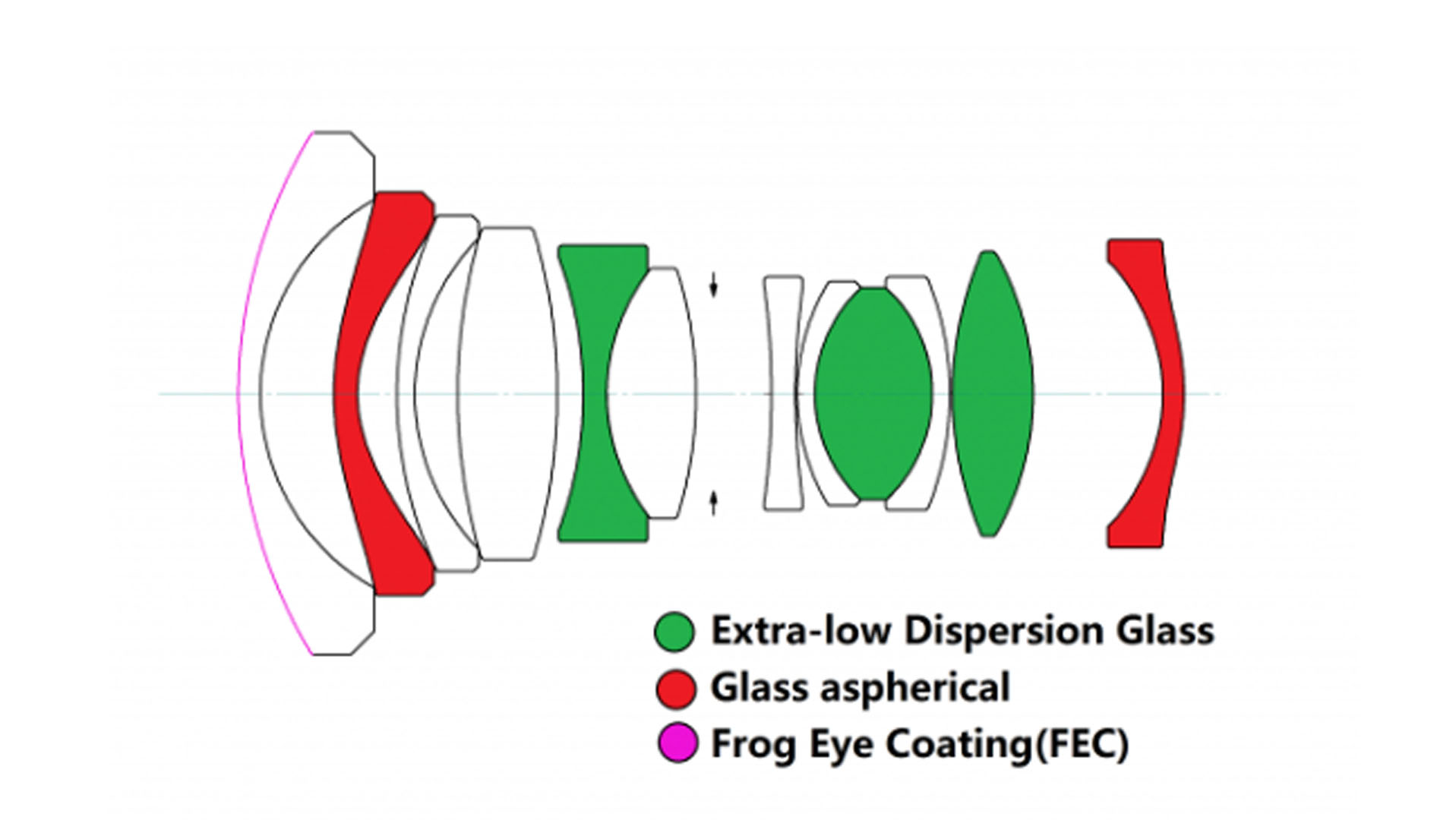 The optical design consists of 12 elements in 9 groups. The lens has 3 ELD elements and 2 aspherical elements. The front lens element has Laowa’s Frog Eye Coating (FEC) to help keep the glass free from moisture and dirt. The lens is not weather resistant. For a fully mechanical lens, that is also not that important, only this may allow some moisture or dust to enter the camera past the mount if you are not careful. The lens comes with a removable, flower-shaped lens hood. This makes it easy to use both 72mm filters on the lens and filter systems with 100mm filters. This is a difference with the 14mm F4 Zero-D from Laowa, on which you can only put 52mm screw filters on. This allows you to use gradient filters on the 15mm and not on the 14mm. 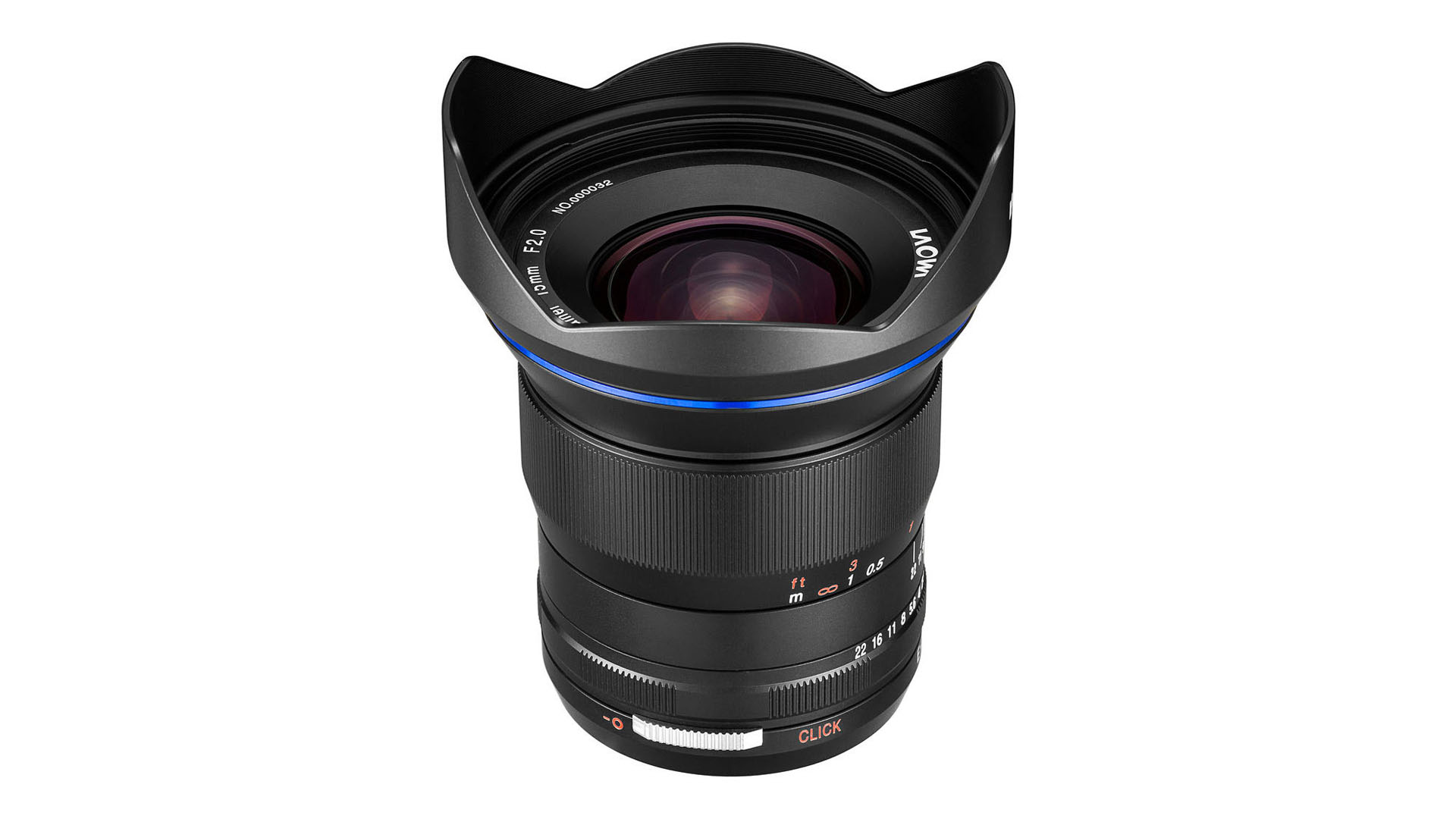 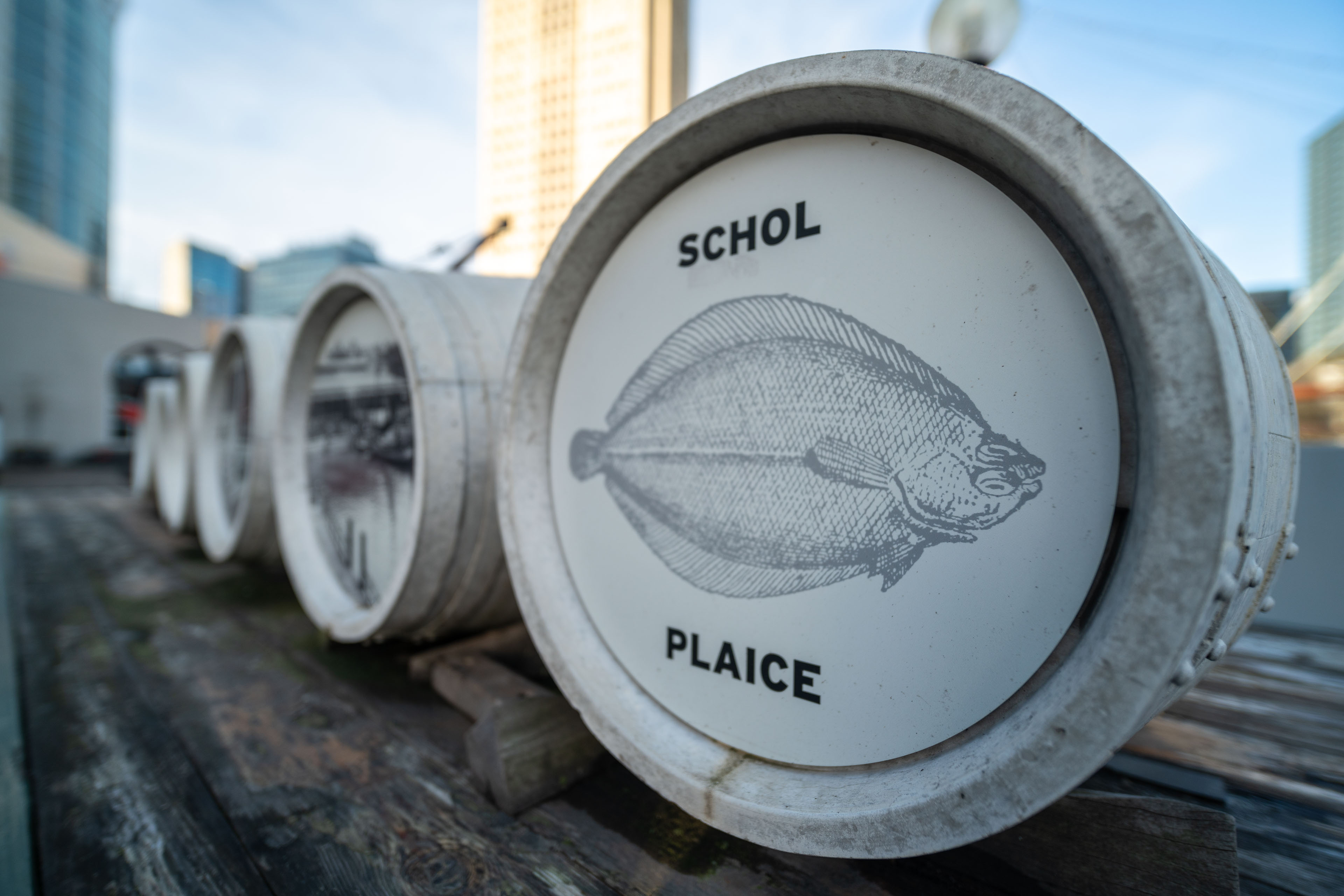 The Laowa 15mm F2 Zero-D is a fully mechanical lens, and that also applies to the focus. The focus arc is about 90 degrees, but most of that is for the close range. That’s where you need it most, because the depth of field, despite the short focal length, is still quite shallow at 15cm at F2, and you have to set it accurately. That shortest setting distance of 15 centimeters ensures that you can sit very close to a subject, and if you do that, you will see that at full aperture you do get a pretty blurry background.

The Laowa 15mm F2 Zero-D’s MTF curves look good, with a gradual gradient of sharpness to the corners. In practice, the quality corresponds well to the (computer-generated) MTF curves. The Laowa 15mm F2 Zero-D is already sharp in the center at full aperture. This does not yet apply to the corners. They are reasonable but can really be even better. From F4, they are good, and at F5.6, the whole picture is at its best. From F11, the sharpness decreases again due to diffraction. The contrast is also good at full aperture, but stopping down one stop makes it just a bit nicer. 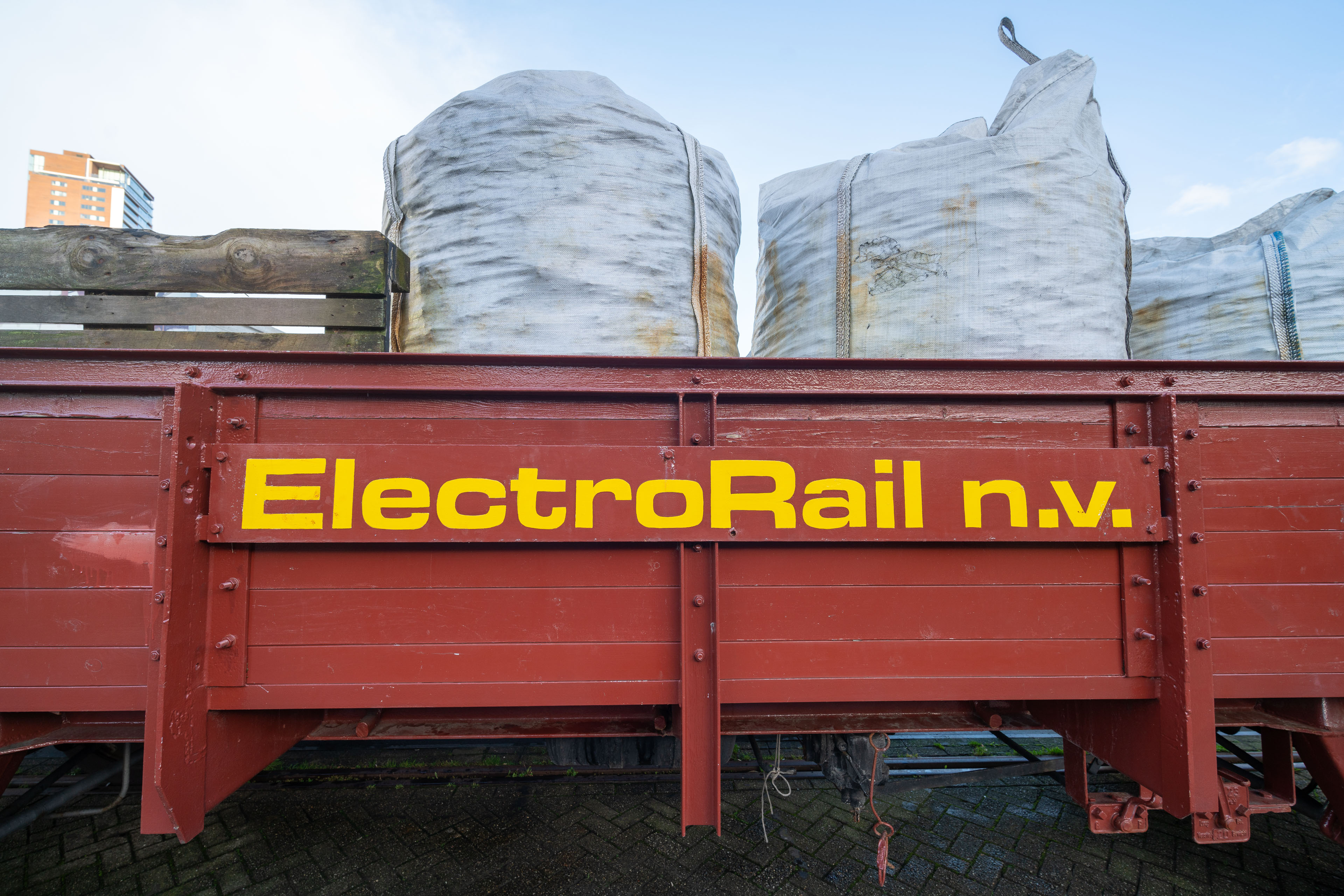 The distortion is not quite 0%, as the name implies. A little bit of barrel distortion is visible. This will not be visible in nature shots, but it will be in critical architectural shots. You can correct the distortion manually, but in Adobe Lightroom or Camera Raw you can also use the profile for this lens.

Vignetting is clearly present in the shots with the Laowa 15mm F2 Zero-D. At full aperture it is close to three stops, and even at F2.8, there is still a lot visible. It only gets a lot milder from F4. You can also use the lens profile in post-processing for vignetting. 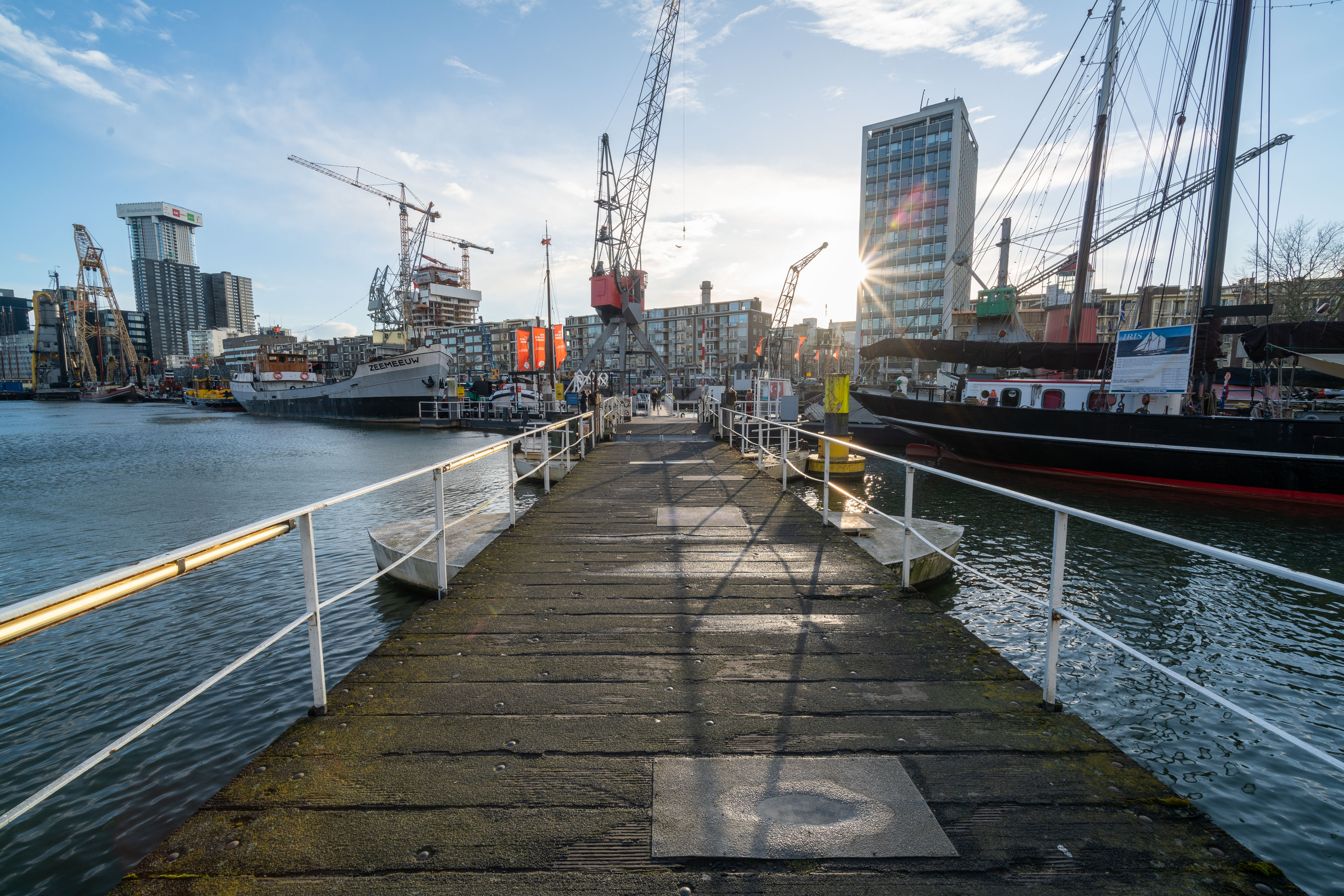 It’s easy to make sun stars with the Laowa 15mm F2 Zero-D, and you don’t have to stop down a lot to do it. Thanks to the angular aperture, you get nice sharp rays. 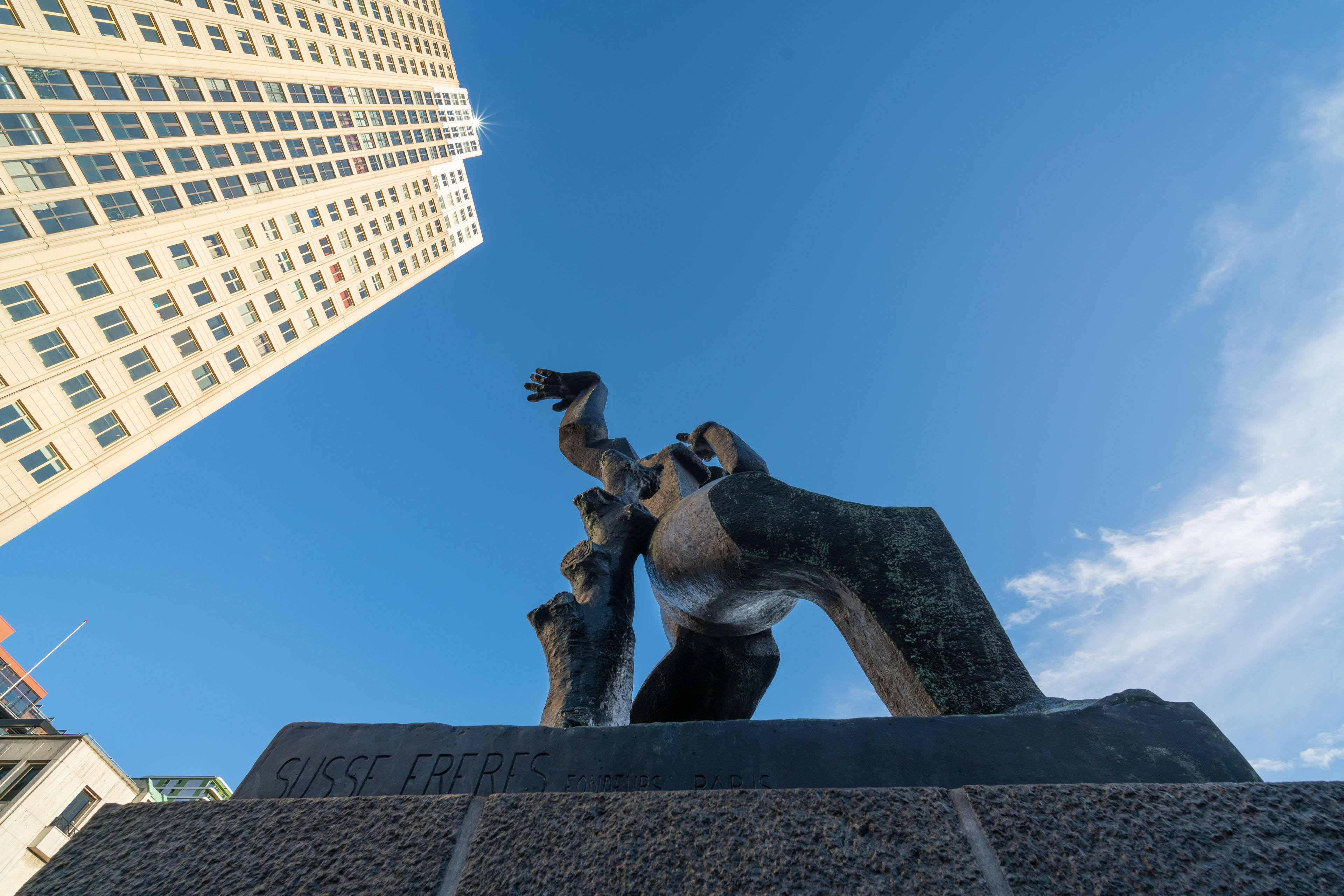 The Laowa 15mm Zero-D delivers excellent results for an extreme wide angle. In addition, it is also a lens that takes up little space and that does not weigh very much. And you can also use very standard filters on it. So it is a lens that you can easily take with you and that you can easily work with. The high brightness is also a bonus for astrophotography and other night shots and ensures that you can play with the depth of field. All those factors together make this 15mm unique. The 15mm is slightly more expensive and bigger and heavier than Laowa’s 14mm, but the extra image quality, higher brightness and the option to also work with gradient filters are well worth the extra price.