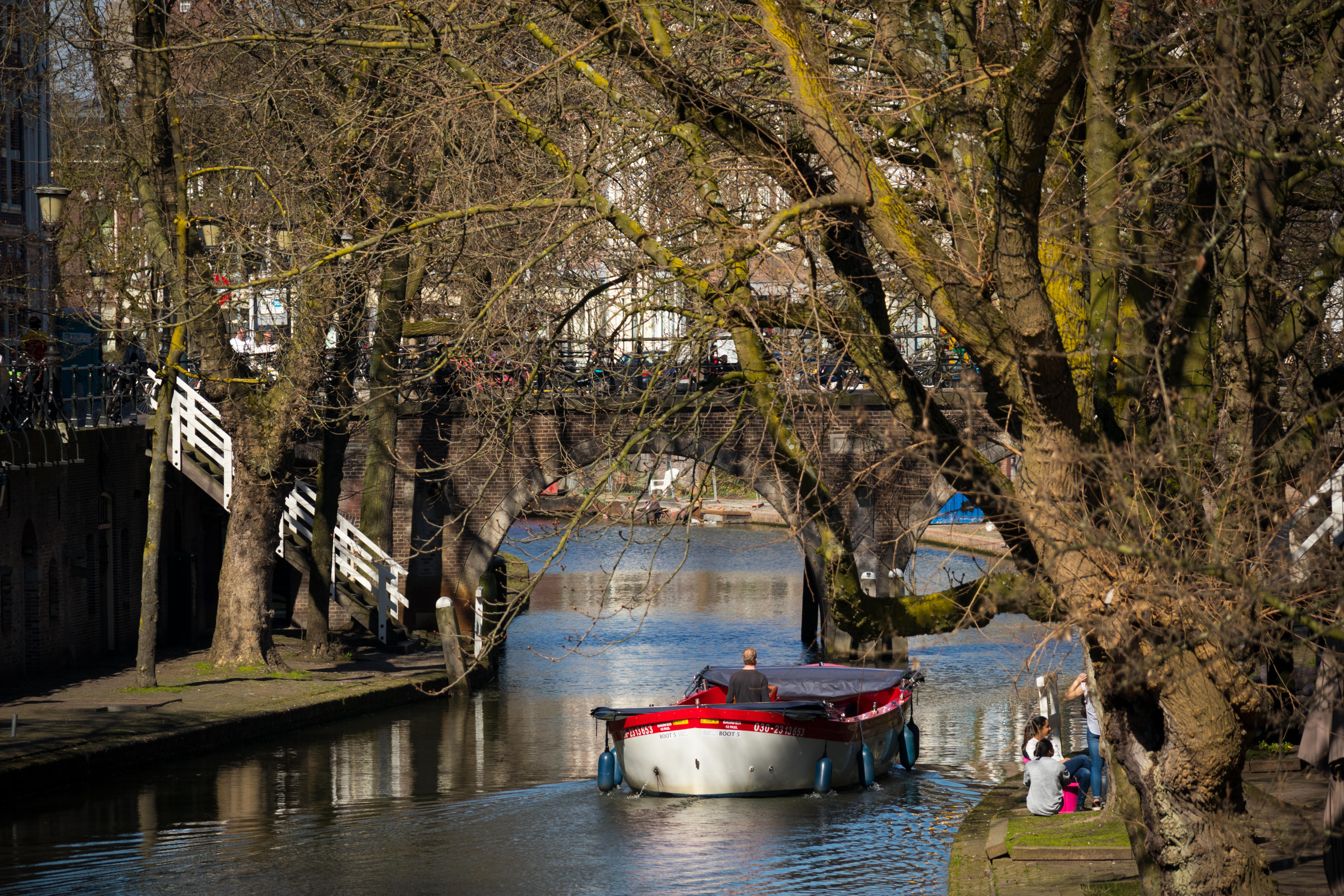 The Canon M5 is Canon’s new top model in the mirrorless M series. With this camera, Canon shows that they are taking the development of mirrorless cameras seriously. The M5 is an outstanding choice for Canon photographers who are looking for something an ounce lighter. 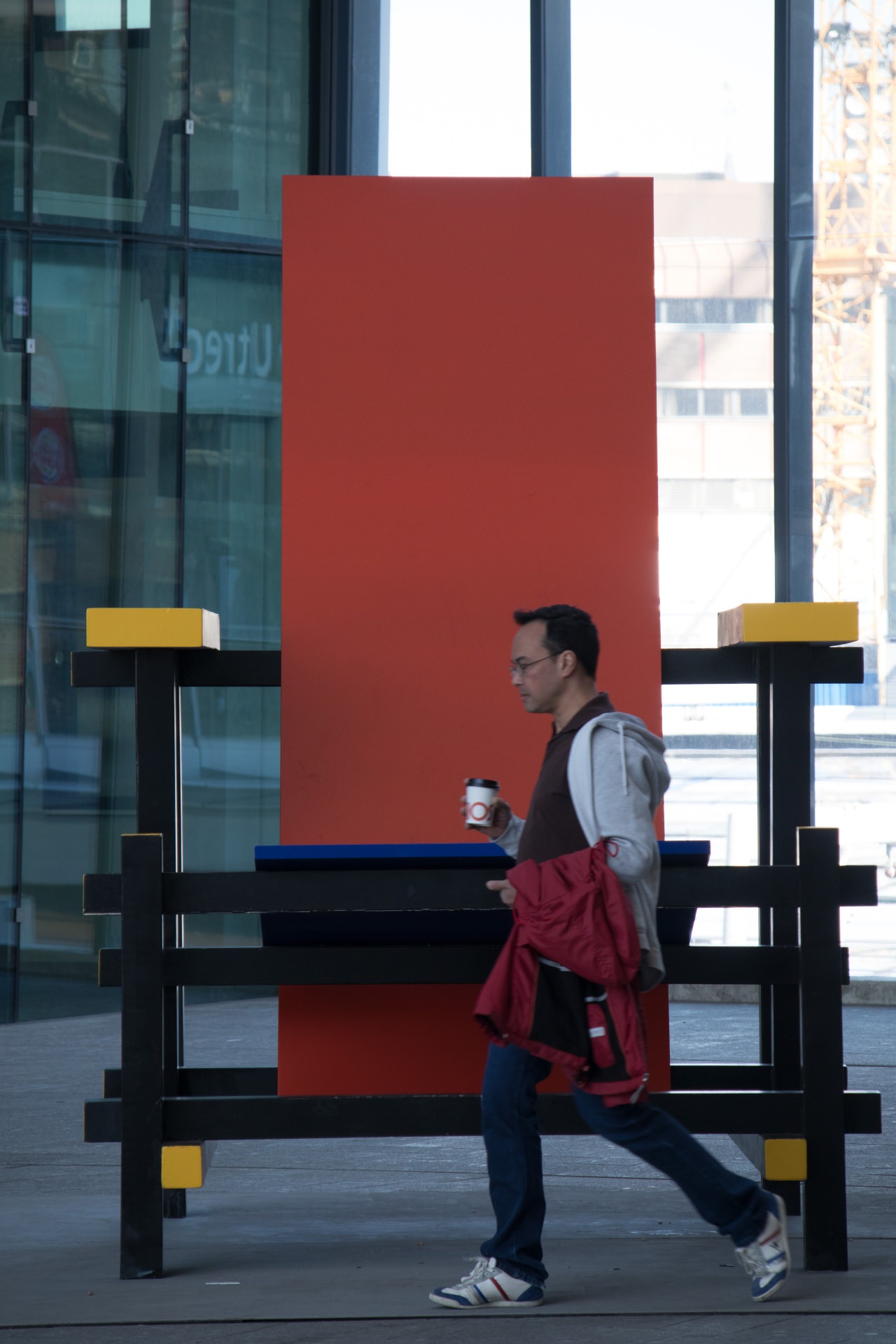 Canon didn’t join the market for mirrorless cameras until all the other brands were already working on their second or third generation. That first EOS M was not a bad camera, but it did lag behind the competition on a number of points. With the EOS M5, Canon shows that they have left that era far behind and are taking mirrorless seriously. It is the first EOS M with a built-in viewfinder. The camera also has Canon’s newest sensor technology and Dual Pixel autofocus. The M5 is a big step forward. As good as the camera is, Canon still lags behind its mirrorless competitors on one point, and that is the selection of EF-M lenses. To make up for that, Canon delivers the M5 as standard with an EF adapter, so that the enormous selection of EF and EF-S lenses can be used on the M5 without any problem. 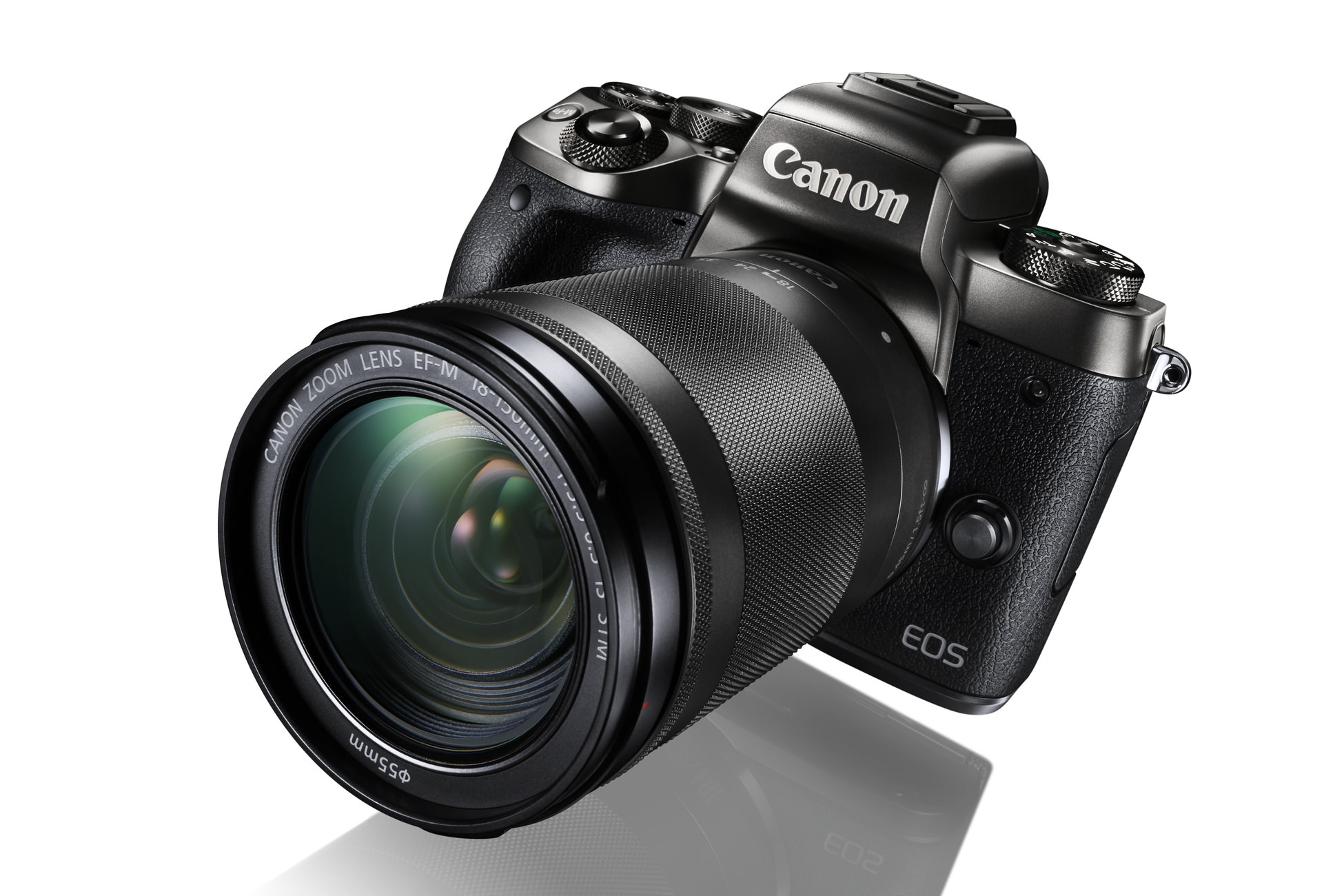 What the new sensor also delivers is Dual Pixel AF. This means that in fact nearly every pixel is simultaneously part of the phase-detection autofocus system. The active area covers nearly 2/3 of the total surface of the sensor. The autofocus works as it should and is noticeably faster than previous M models. The autofocus is not yet as fast as on the best mirrorless cameras, from Sony and Olympus for example. But then we are talking about equipment in a whole different price class than the M5. For everything except real sports photography, the autofocus of the M5 works great. It does seem to take a bit longer before you get your viewfinder image back after taking a shot, in comparison with many other mirrorless cameras. For typical use, no problem, but if you want to shoot a bit more action, then that becomes a bother. Where the Dual Pixel AF is really in its element is when tracking subjects for video. Certainly in combination with face recognition, the phase detection system is not easily fooled. If there are multiple faces in frame, you can change faces by tapping a different green square on the screen. What distinguishes the Dual Pixel AF from practically all other mirrorless AF systems is the smoothness with which the focus glides precisely from one subject to another. It seems almost as though there is a human professional focus puller built into the camera.

The camera is built like a small SLR. You only notice how small it is when you see the M5, for example, next to an 80D. Both have the same sensor and many of the same parts. The omission of the mirror and the use of an electronic viewfinder make a clear difference. The small body is overloaded by Canon with buttons, so that you can change most of the settings without having to use the menu. On the top left is the program button, three separate setting wheels on the right, one of which handles the exposure correction. On the back there is another setting wheel. That makes the camera easier to operate than, for example, the more expensive Sony A6300 and A6500. It is incidentally not a chore when you do need to use the menu. The menus are clear, and the touch capability ensures that you can make choices easily. The screen tilts. For selfies, it can even fold down 180 degrees. The viewfinder has the typical resolution of 2.36 megapixel. It is a fine, sharp viewfinder. Despite the small dimensions, the M5 feels solid. The jagged buttons and the fake viewfinder housing give the M5 a bit of a retro look. For people with big hands, the grip will be a bit on the small side. It could have been a bit thicker, but then Canon would have had to make the camera bigger or shift the lens more to the side. And that would have come at the cost of the styling. Fortunately, the camera is nice and light, so that the narrow grip is quite manageable. On top of the viewfinder is the hotshoe and a built-in flash. The flash pops up reasonably high, although when using longer or fat lenses you will get some screening from the lens. Even so, it’s not to have a little flash like that to brighten up the shadows sometimes or to be able to take a picture in the dark.

The screen on the M5 is touch-sensitive. This means with the tap of a finger you can choose something in the menus, swipe through your pictures, or choose a focus point while looking through the viewfinder. The latter is something that Panasonic, for example, has already had for a number of years, but Canon has made a couple of refinements to it. You can set up the camera so that you only use part of the screen as the focus area. For left-eyed photographers who often work with their nose against the screen, that’s a solution. On the M5, you can deactivate half or even three-fourths of the screen as a focus area. That means you don’t have to worry about constantly moving the focus point with your nose. Another refinement is that you can also slide your finger across the screen to move the focus point.

The EOS M5 has a 24-megapixel sensor with anti-alias filter and Dual Pixel AF. The results of that are easily comparable with those from the Canon 80D, which seems to have the same sensor. The sharpness is high, as you might expect from a sensor with so many pixels. When testing the 80D, we noticed that Canon had made a lot of progress relative to previous models in the signal-to-noise ratio, and we also see that in the M5. The new sensors from Canon are a significant improvement on this point, in comparison with the previous generation. They no longer give (almost) anything up to the best that the competition has to offer on this point. The M5 is not quite as good as the best cameras in this area (Sony A6500, Nikon D7200 and D500). But the difference is so small that it shouldn’t be a reason to choose one camera over the other.

This is really a sensor from a new generation, relative to the older 60D and 70D and even the 7D Mark II, which is still available. You can clear up dark areas in post-editing without any problems, where you would soon have trouble with noise and develop banding with older models. That also results in a bigger dynamic range. 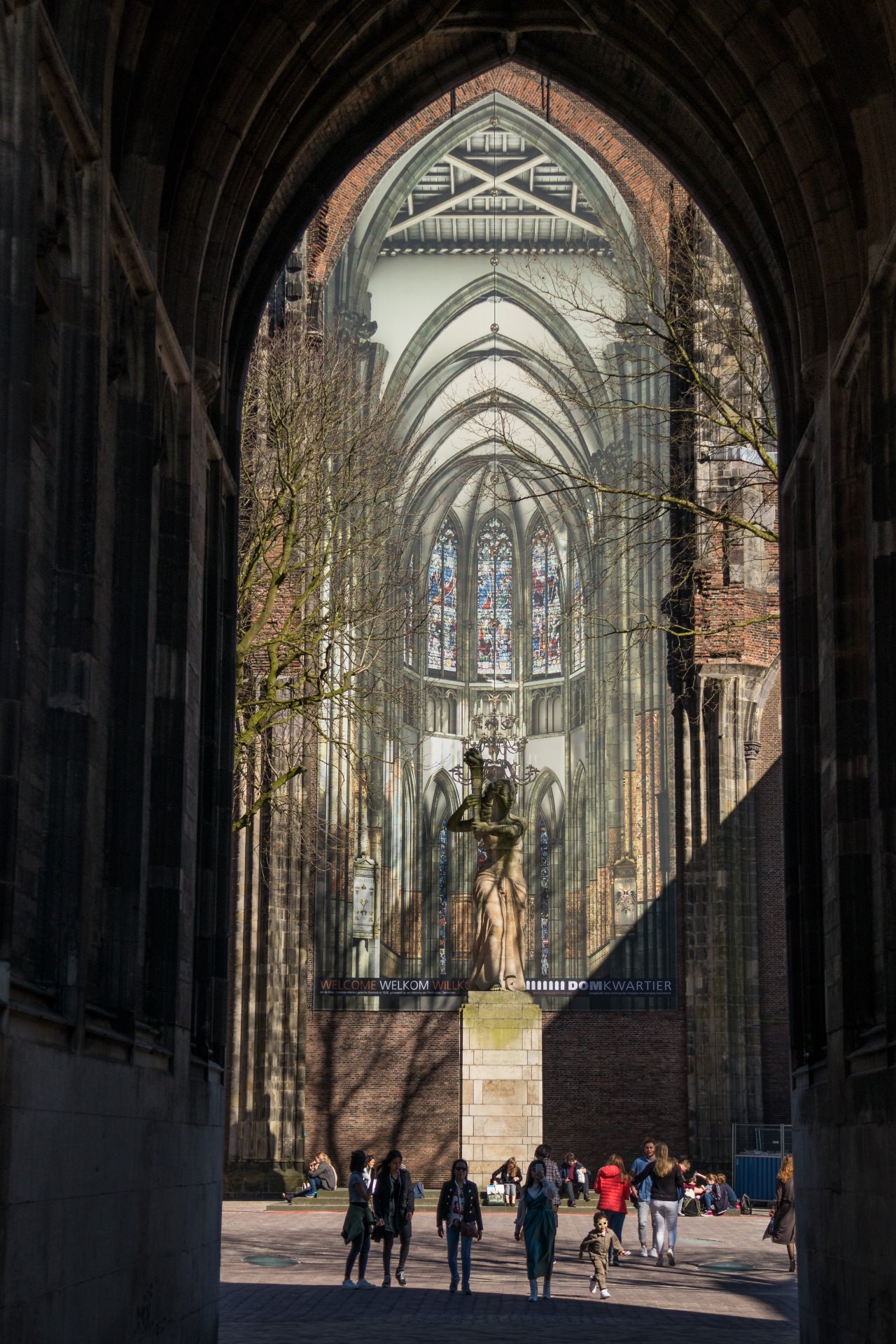 The accuracy of the color reproduction depends on the image style that you choose for jpg files that you save in the camera or, for the RAW files, the setting that you choose under the camera calibration tab in Photoshop or Lightroom. The colors of the standard image style appeal to many photographers, but they are less accurate than those of the Faithful image style. 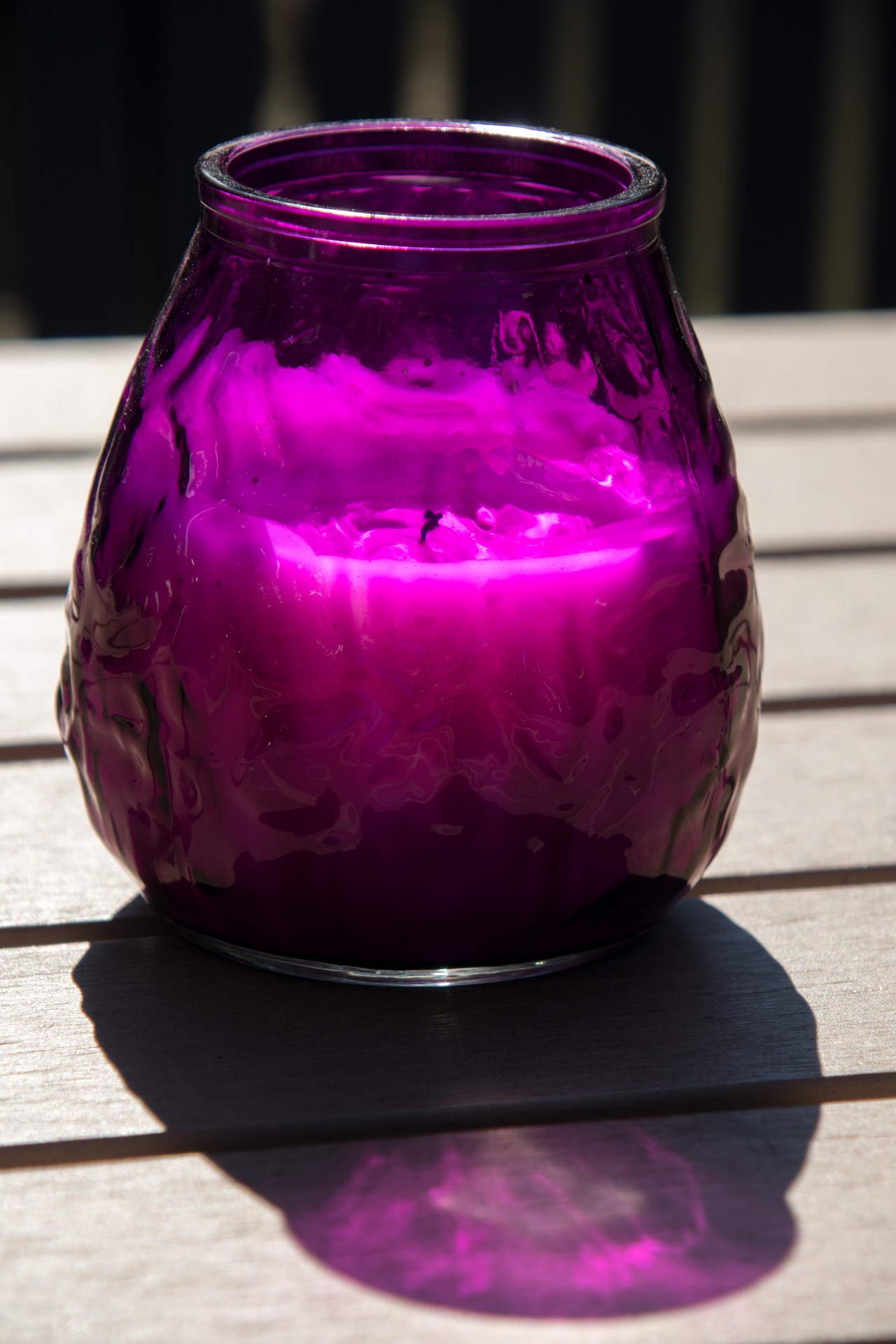 The M5 does not offer 4K video. Those who are looking for that can now go read a different review. According to Canon, the intended user of the M5 has no great need for 4K. 4K is beautiful, but it chews up a lot of memory, is more difficult to edit, and you cannot yet see it in its full glory on most TVs. Whether those are sufficient reasons to omit it as an option is what we wonder. The M5 does offer good Full HD video up to 1080/60p. The quality is great, with good sharpness and beautiful colors. And the files are reasonably compact. You can leave the settings to the camera or set everything manually. The camera is equipped with a microphone input, but it does not have a headphone connection. The M5 does not show any warnings for overexposure (zebras), but it does have focus peaking for manual focus. The M5 is thus not a camera for photographers who have more than an average interest in video. But it is a good camera for people who like to shoot a nice bit of moving images next to their photos. 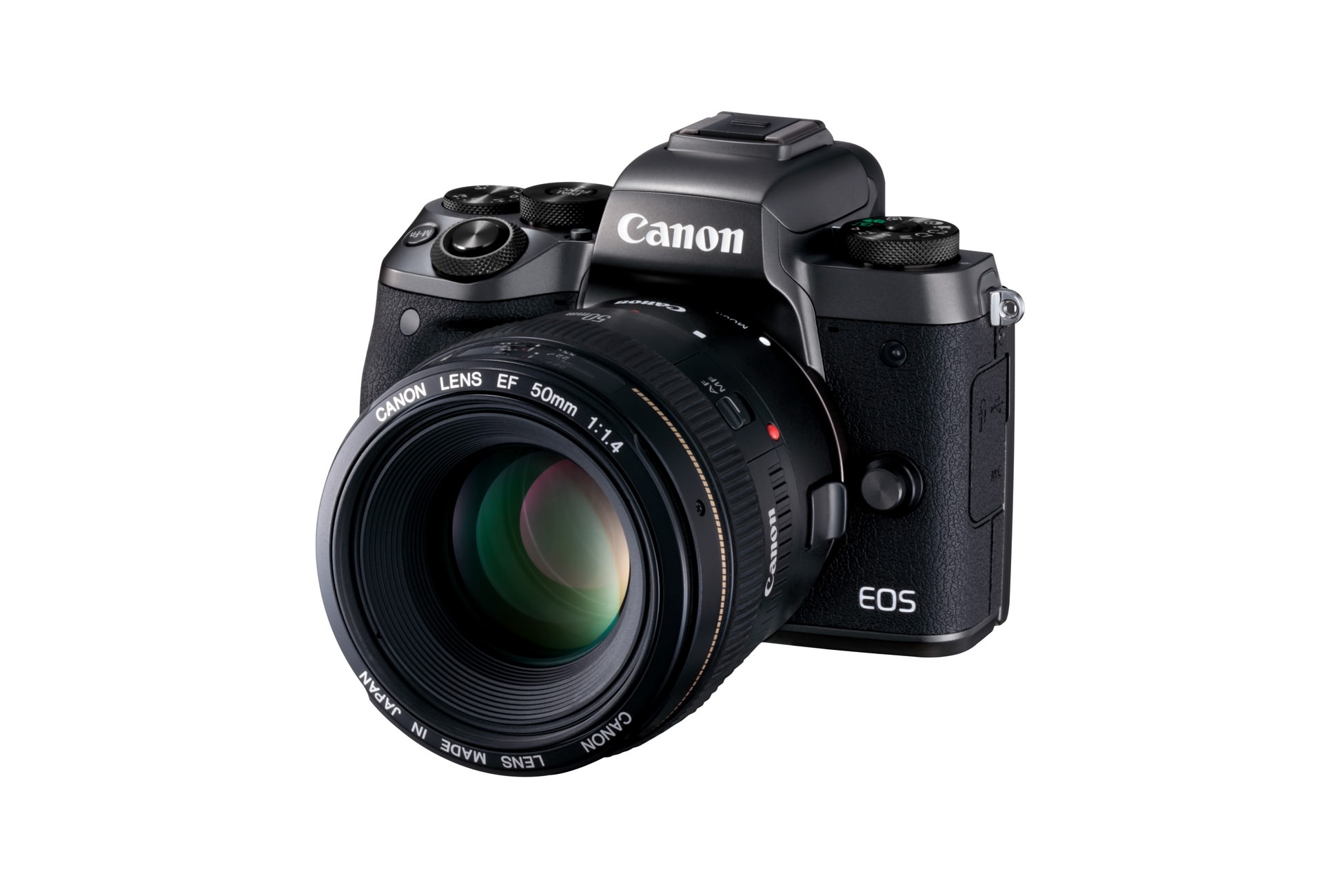 The Canon M5 is a serious mirrorless camera and the best that Canon has made to date. The viewfinder is great, and the extensive control options will certainly appeal to enthusiastic hobbyists. The camera is small and light, and that invites you to always take it with you. The image quality is perfect and gives little or nothing up to the best APS-C cameras. The sensor is so good that it actually requires top-quality lenses. Only then do you see what you can get out of those 24 megapixels. That quality can be found in the EF-S and certainly in the EF lenses, but then you do give something up in the portability of the M system. It’s a matter of hoping that Canon will quickly expand the selection of EF-M lenses, preferably with a couple of bright, really good zooms. The M5 is primarily a logical choice for photographers with a Canon SLR and Canon lenses. Then you will be able to make the switch from SLR to mirrorless without an adjustment period. The menus, the controls, the quality and even the lenses remain pretty much the same. Just less weight and smaller dimensions.