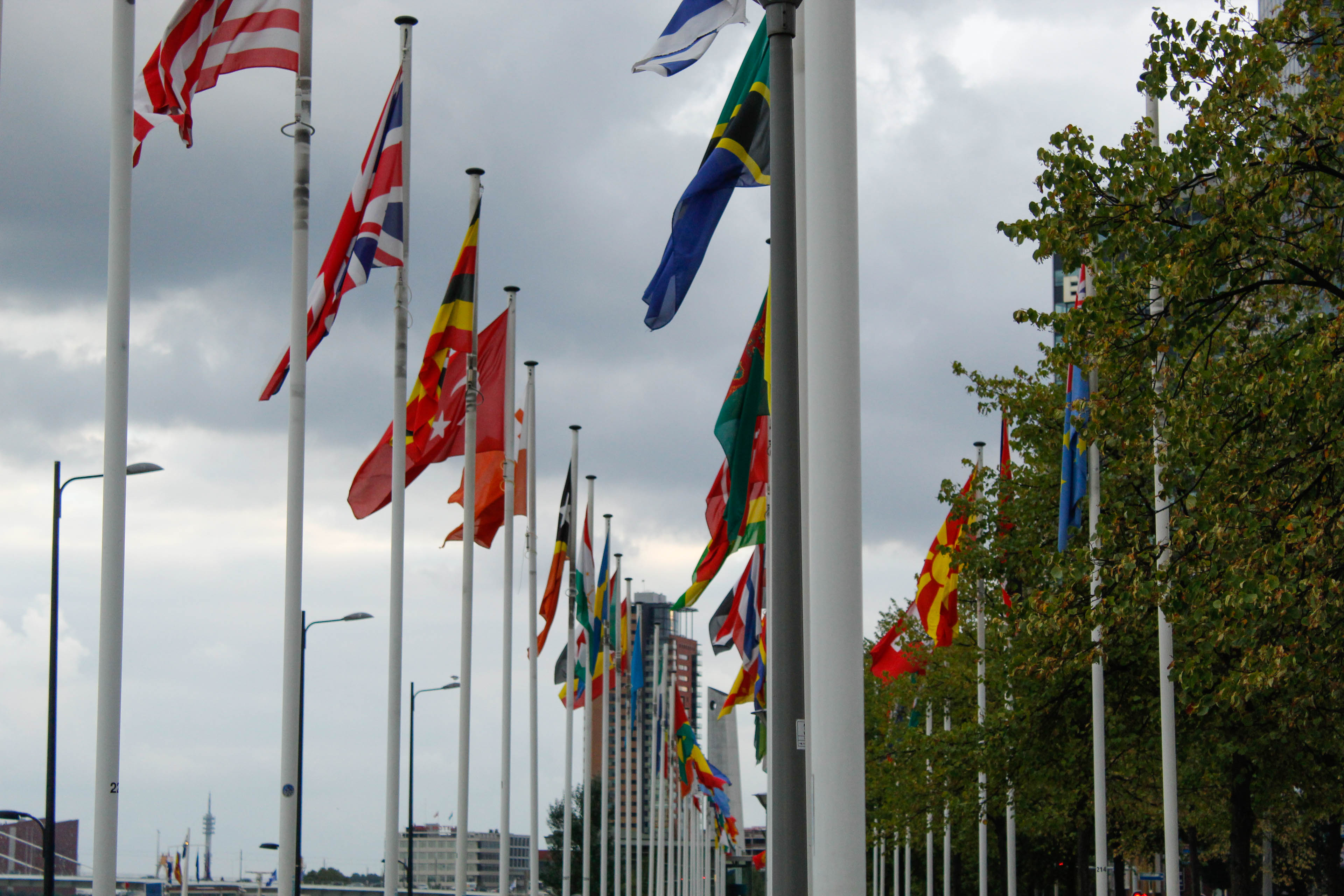 The Canon EF-S 18-55 mm f/3.5-5.6 DC III is a standard zoom lens that you cannot purchase separately in the Canon store but can buy in the photo trade. It is a kit lens that is only delivered with the Canon EOS4000D. In the photo trade, these kinds of kits are often split, so you can nab this lens for very little money. What do you get for a zoom lens below 100 euros?

The Canon EF-S 18-55 mm f/3.5-5.6 DC III is a standard zoom lens without frills. A full plastic housing and no image stabilization is a step back in time, just like the Canon EOS 4000D is in some ways. That it has no image stabilization is a pity, especially for the target group. Novice photographers often do not have the best shooting technique, and a mistake in keeping the camera steady or selecting the correct shutter speed is then easily made. Without image stabilization, that is punished immediately because you have a blurred photo. Hopefully you will learn quickly from that, but it does take away some of the fun of shooting. Certainly when you go to a workshop and see the person next to you shooting effortlessly in low light with almost the same lens, but with ‘IS’ on it. 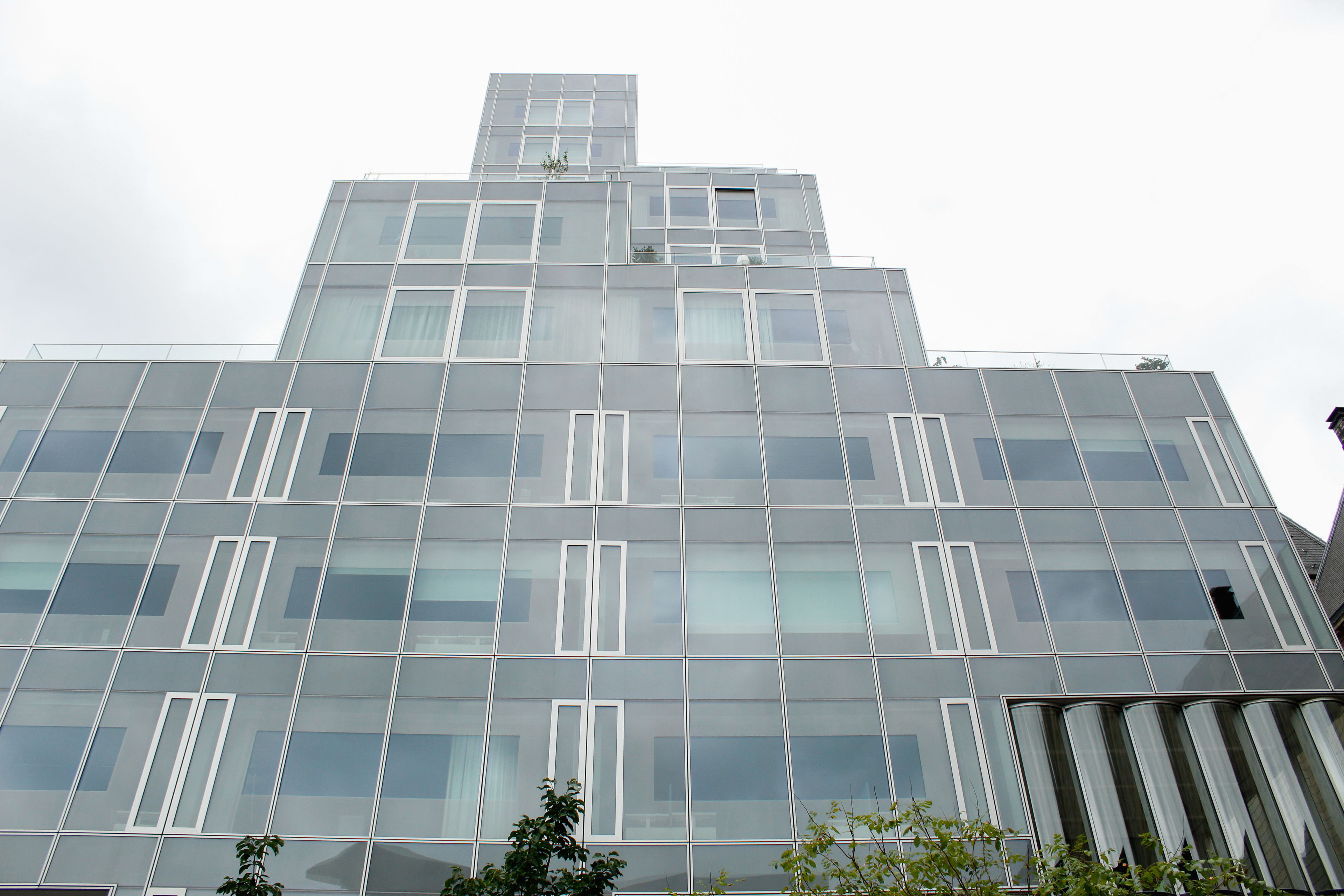 Everything about the Canon EF-S 18-55 mm f/3.5-5.6 DC III breathes cost savings, or – if you want to put it more positively – efficiency. The housing of the lens is entirely of plastic, up to and including the mount. The focus ring is actually not a focus ring, but just a ribbed thickening of the front of the lens, so you can grab the tube and twist it a bit. The lens does have a nice wide zoom ring and has one switch: for changing between autofocus and manual focus. It’s pretty well put together, although the play in the tube at 55mm is actually a bit bigger than we would like to see. The lens does not have image stabilization. 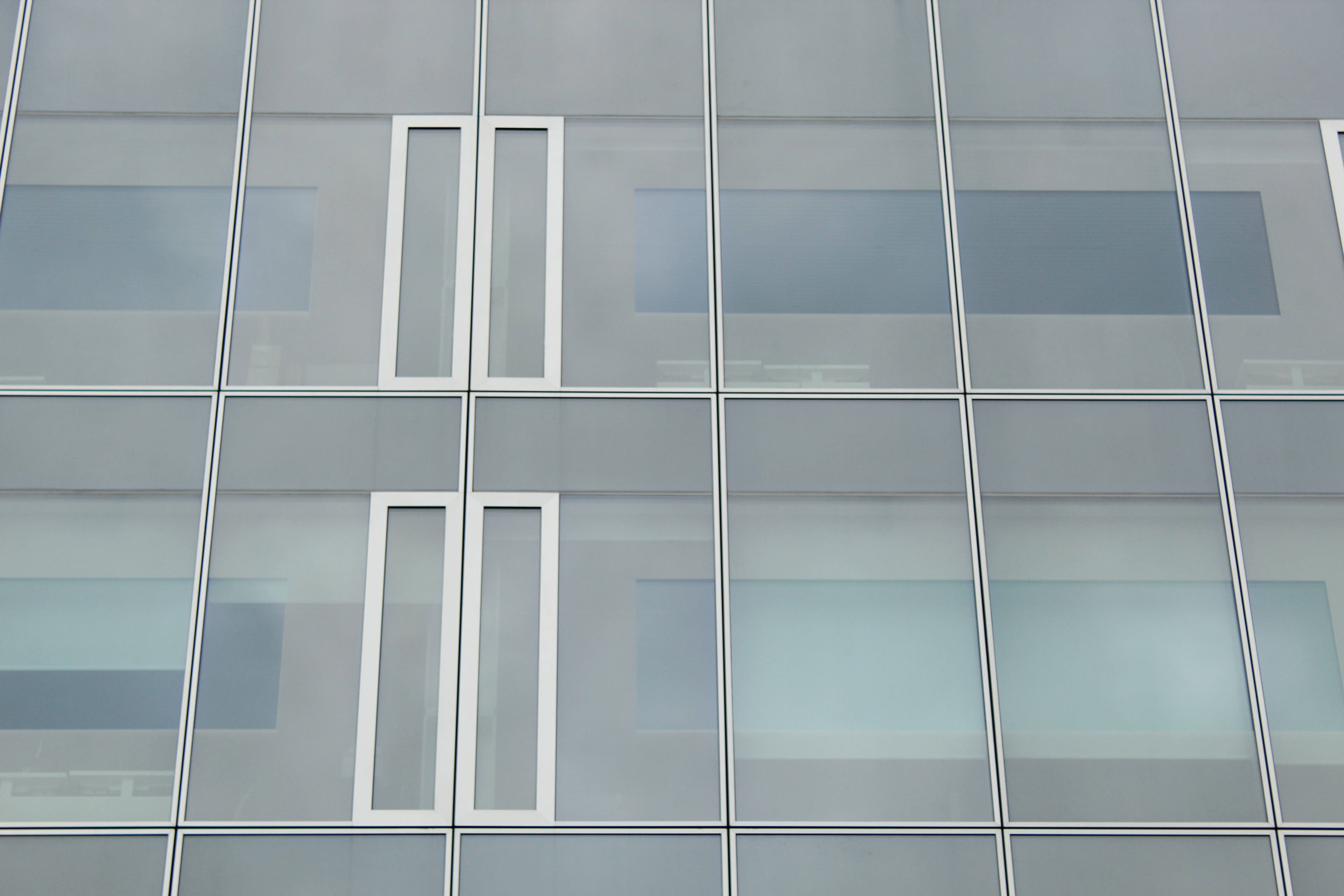 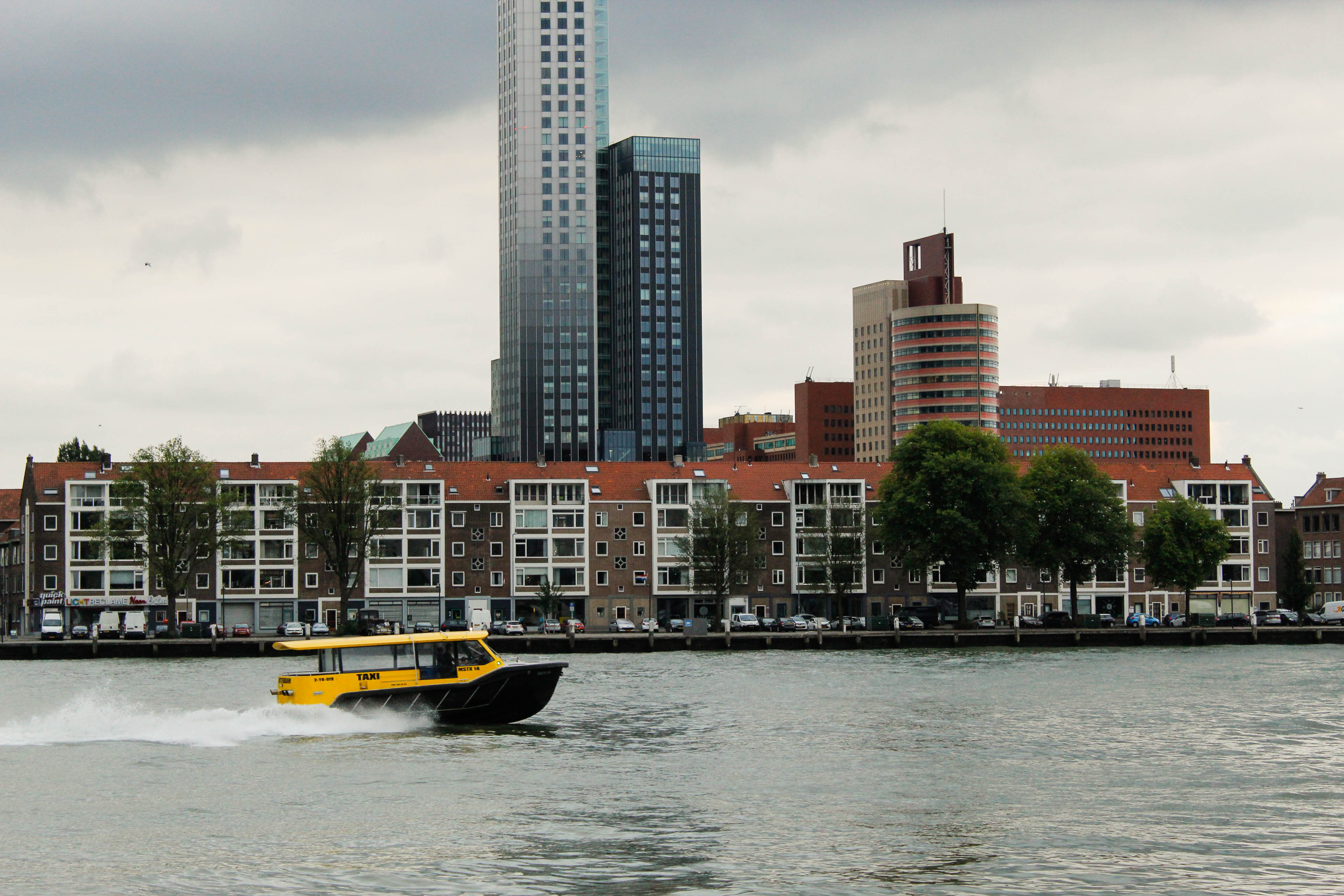 The image quality of the Canon EF-S 18-55 mm f/3.5-5.6 DC III is not even that crazy when you compare it to the price. We have reviewed Canon’s 18-55 mm lenses that score better, but they cost a lot more. There are 11 elements in 9 groups, one of which is an aspherical element. The sharpness is reasonable, especially at the shorter focal points. At 55mm, the sharpness at full aperture is significantly less. Stopping down one stop, to f/8, makes a big improvement. It may have to do with our specific test copy or with the extra play that is in the tube when you zoom all the way out. In the wide-angle position, the distortion is 1.5% barrel-shaped, and that suddenly turns into a very minor pincushion distortion in the telephoto position. The vignetting is as expected and at its highest in the wide-angle position. At 0.8 stops at the full aperture, it is not that bad at all in jpeg. If you stop down a bit or zoom in, the vignetting decreases. The numbers are less good in RAW, with two stops at 18mm at f/3.5. But that halves after stopping down one stop. If you systematically stop down this lens one stop, then the results are generally pretty good. What was noticeable was that the chromatic aberrations were slightly higher than with the version II of the same lens. We cannot say to what extent this is due to a different lens design or is caused by the ‘sample variation’. 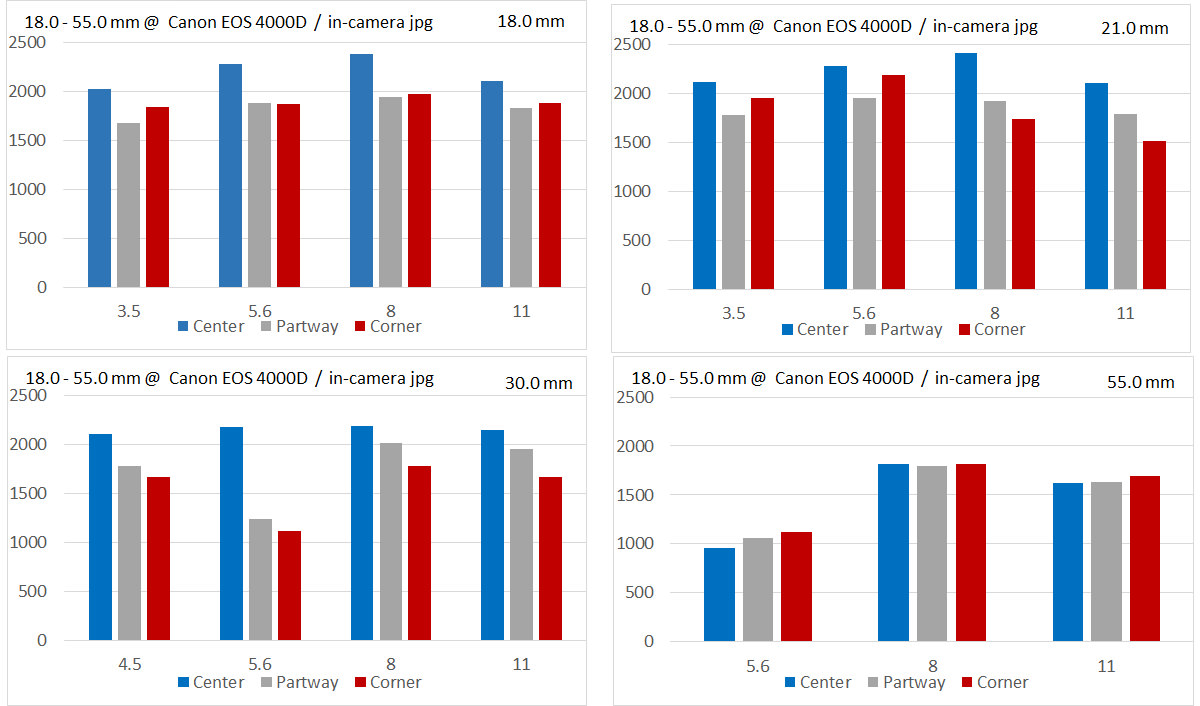 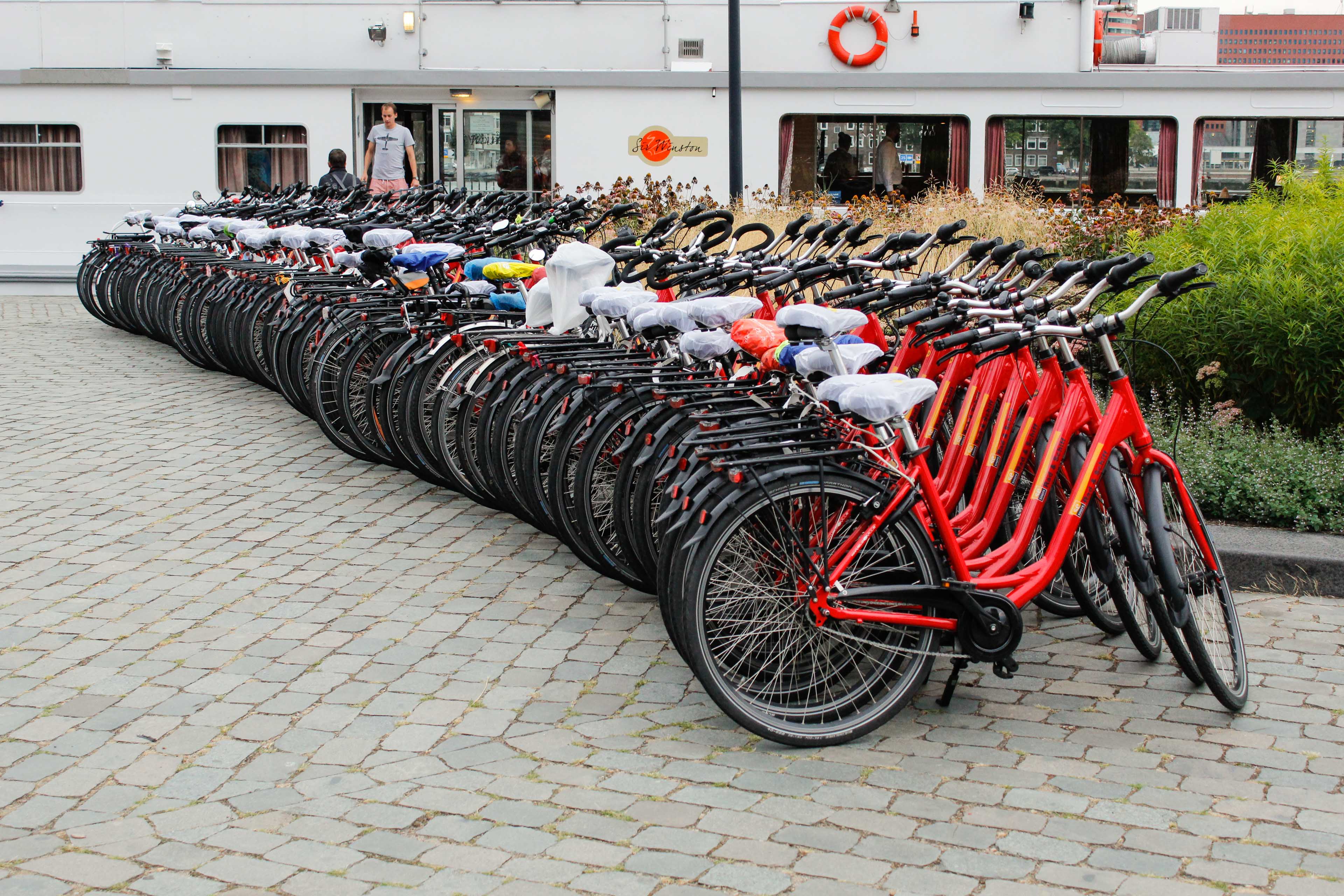 The Canon EF-S 18-55 mm f/3.5-5.6 DC III is a very cheap standard zoom. Thanks in part to this zoom, Canon can keep the price of the EOS 4000D under 300 euros, including lens. The lens does not even perform that badly. Our test copy was only a bit disappointing at 55mm, but then especially at full opening. Otherwise, you can work with it, and it performs reasonably on the 18-megapixel 4000D. If you need a standard zoom lens and your budget is very tight, then this is a good option. This lens is also a great choice for projects where you run the risk that your equipment will not survive (car chases, explosions). However, if you have a few more dollars to spend, do yourself a favor and buy one of the versions with image stabilization. They are not only stabilized, but also optically better.