A bright 16-35mm zoom is a lens that many documentary photographers cannot do without. The Canon EF 16-35mm f/2.8L III USM was introduced in 2016 simultaneously with the Canon 5D mk4. The large field of view and the high brightness ensure that you can still get your subject in frame well in small or busy spaces and in poor lighting. The time that documentary photographers were satisfied with less sharp corners is over, however. High requirements are also set for these kinds of documentary zooms today. To respond to that, Canon has released a third version of this popular lens. 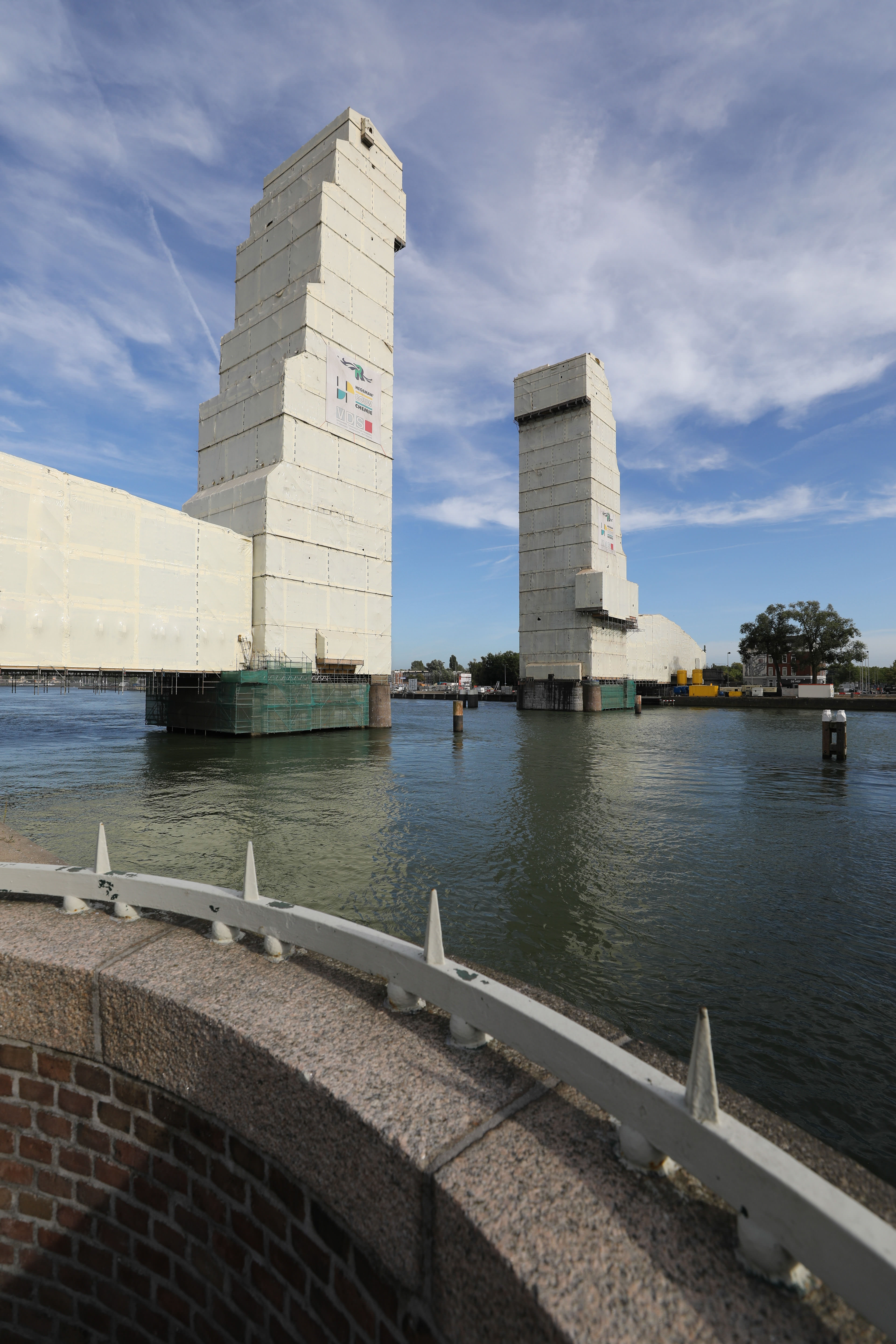 The Canon EF 16-35mm f/2.8L USM is already the third generation of Canon’s 16-35mm ultra-wide angle zooms. It is the first to follow the EF 17-35mm f/2.8, which was the successor of the EF 20-35mm f/2.8. It is thus a lens with a long history. You would expect that these kinds of lenses have thus long have reached a certain degree of perfection. That was not the case until recently. While the zoom range has grown, sensors have also gotten ever-more pixels. In combination with the high brightness, that ensures that the designers had difficulty making the perfect wide-angle zoom. The previous generation 16-35 f/2.8 had trouble with corners that were never really sharp. Recently, a 16-35mm from Canon with a brightness of f/4 has appeared that in terms of optical quality resembled the brighter lens. This EF 16-35mm f/4L IS USM is the perfect wide-angle zoom for photographers who find the weight and dimensions (and price) more important than the highest brightness. Those who are not satisfied with f/4, however, still have to make do with the less optically good but more expensive f/2.8 version. It was thus high time for an upgrade. The new 16-35mm f/2.8 L III is a big step forward. 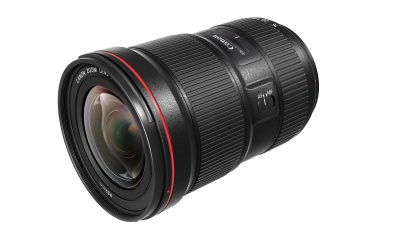 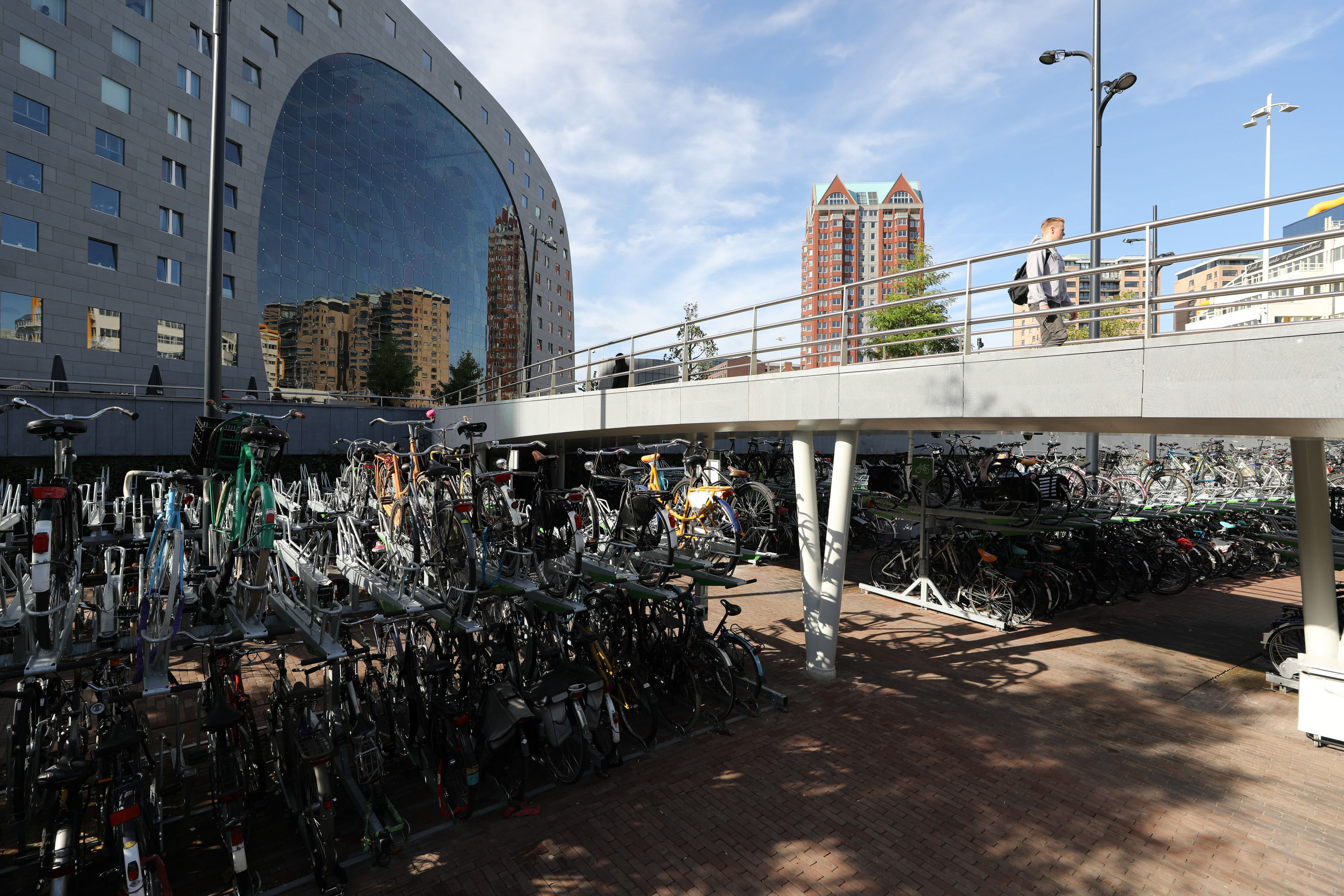 The new EF 16-35mm f/2.8L III scores very well in our tests. Especially in jpeg, there is only a very small decline in sharpness from the center to the corners. In RAW, the graphs show a bit different picture. There, the corners, especially at 16 mm and full aperture, seem to score less well. That is because in RAW we test without lens corrections.

The vignetting that is present in the RAW files creates reduced contrast in the corners. And that in turn creates a lower score on the test card. Those who correct the RAW files for vignetting get more brightness and thus more contrast in the corners. And that produces a higher impression of sharpness. The removal of the vignetting naturally comes at a price. By brightening the corners, the noise increases. The scores for the sharpness in jpeg are thus high and nicely even. At 16 and 24mm, those values are the highest, and at 28 and 35mm, they are a fraction lower. The lens is thus at its best where you will probably use it the most.

Vignetting in jpeg is actually only visible at 16mm and at the three largest aperture openings. Especially at f/2.8, it is significant even when corrected, with more than 1.6 stops. In RAW, it is clearly visible across the whole zoom range with two to one and a half stops from 16 to 28mm. 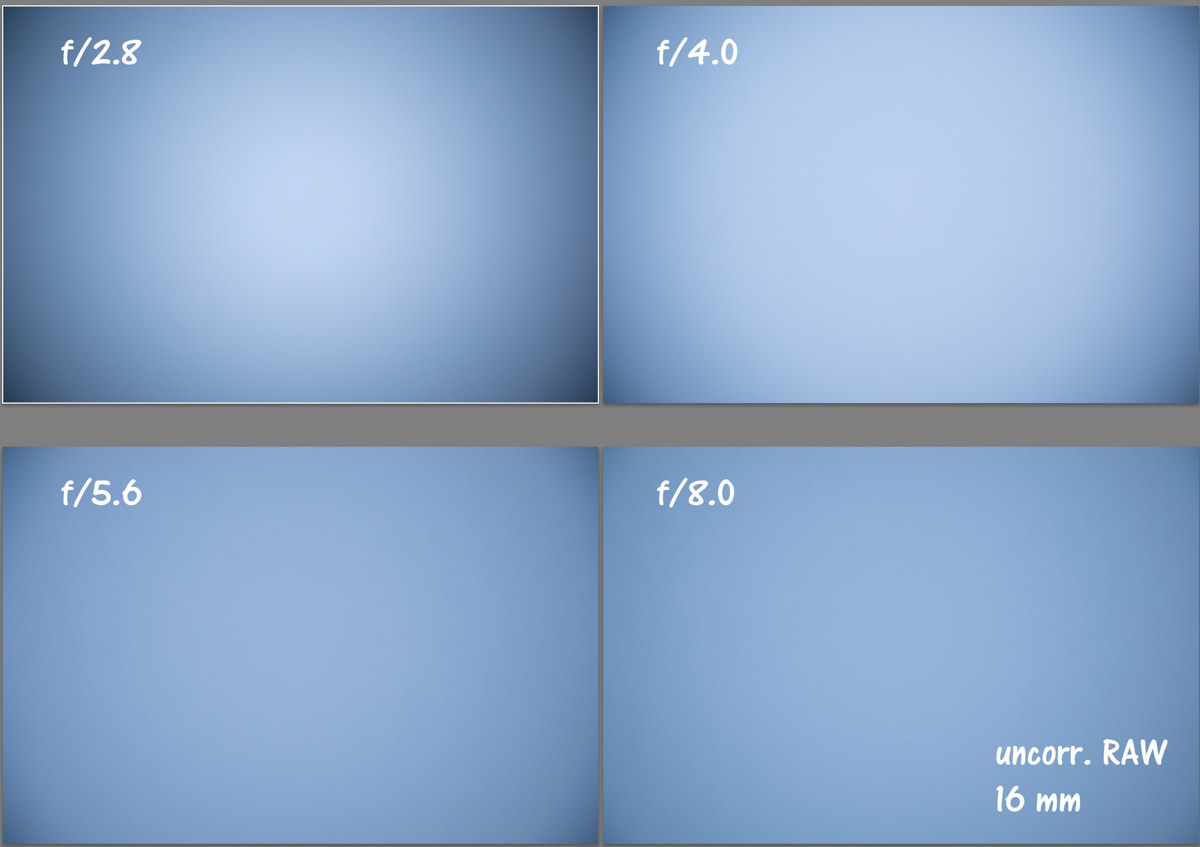 Now, not every photographer finds vignetting to be a problem. It can also be a great means for drawing the attention to the center of the photo. But if you want to correct, then it does help to have a modern sensor with a big dynamic range. You currently find that in the EOS 80D and the EOS 5D Mark IV. Distortion is also present in the lens. In RAW at 16mm, more than one percent barrel-shaped distortion to one percent pincushion-shaped distortion at 35mm. The jpegs with correction have about half a percent of pincushion-shaped distortion across the whole zoom range. That is not really important in practice. 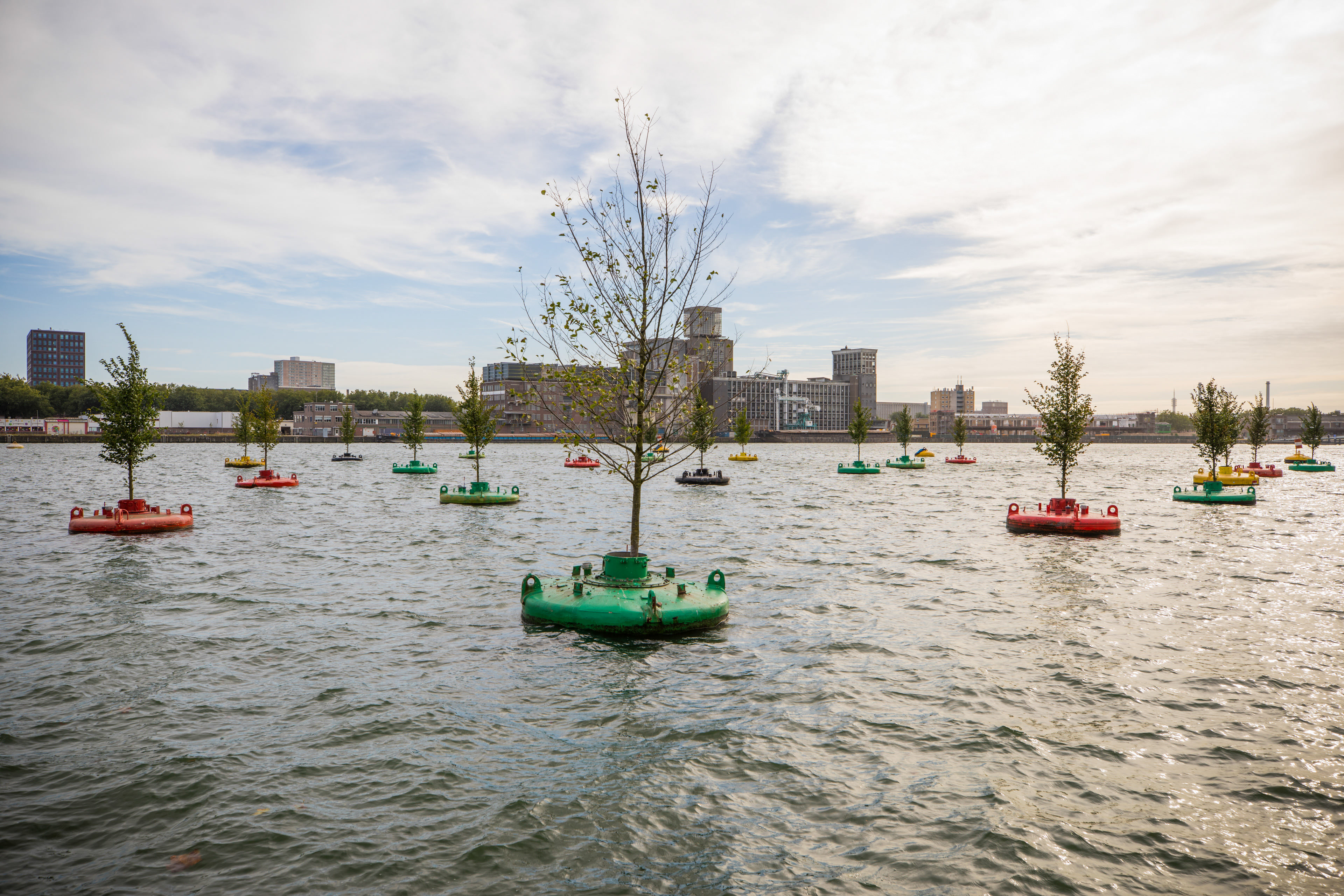 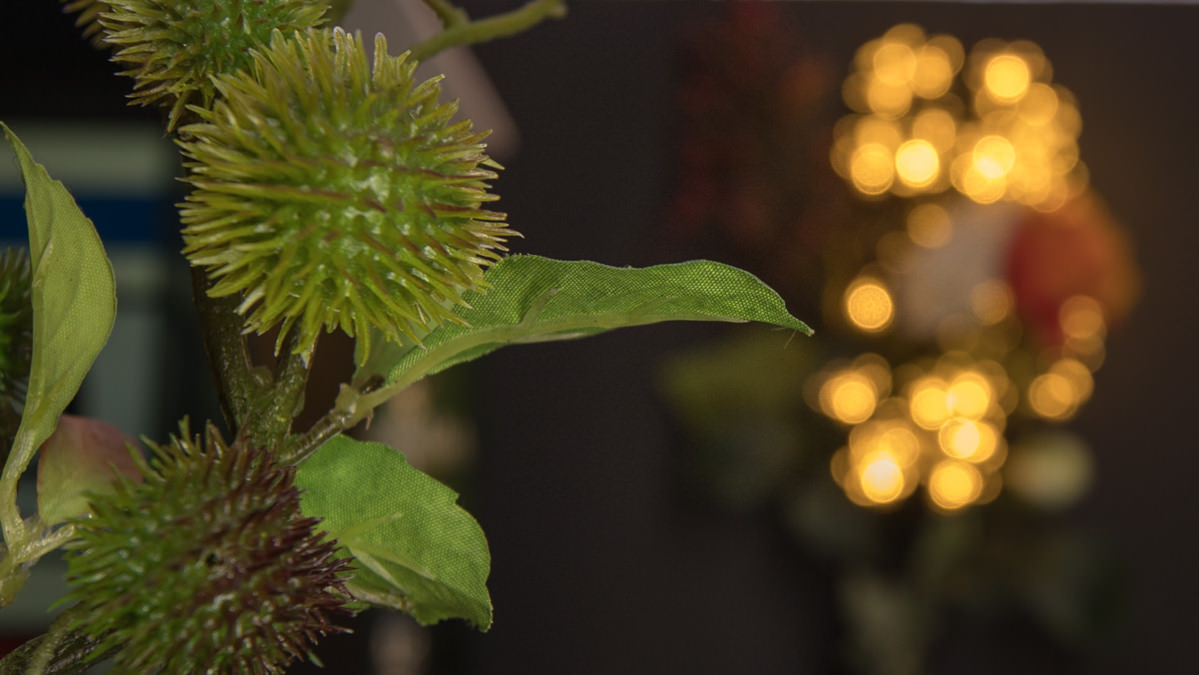 The 9 aperture blades ensure round bokeh balls in the background. The edges are fairly sharply limited and they are a bit noisy in the center. It is not the greatest bokeh in the world, but for a super-wide angle lens, this is not a bad result. 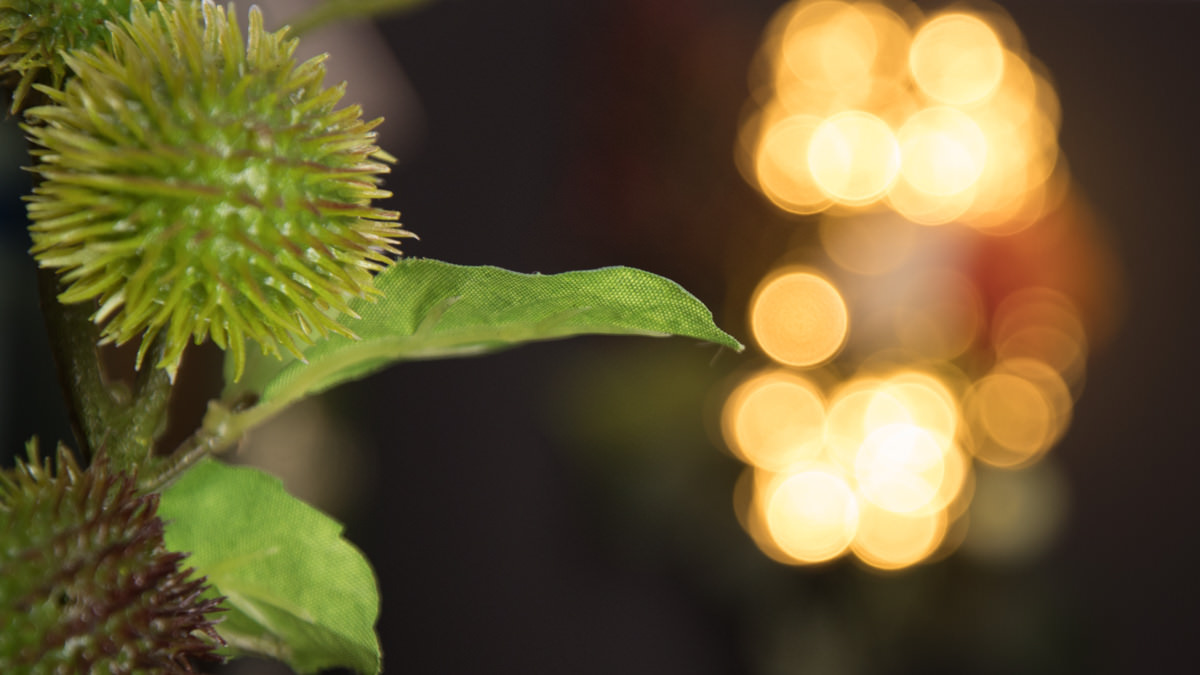 The optical performance of the Canon EF 16-35mm f/2.8L III USM is now so good that it is comparable with lenses with fixed focal lengths. Where the previous lens was always recognizable from a bit of blur in the corners, especially at full aperture, the new lens stands out positively due to good center sharpness that decreases little in the corners. There is clearly some vignetting present if you do not turn on the lens correction in the camera, and there is still some distortion to be seen. But the latter is not very much, and it is easy to remove. A great deal of progress has (again) been made in the area of coatings. The nano coatings that were introduced a few years ago clearly work even better than the multi-coatings that were used before that. Even lenses with convex front lenses today have hardly any trouble with flare or ghosting. The new EF 16-35mm f/2.8 L III is so resistant to flare that it is very difficult, even nearly impossible, to get light spots in your picture, even with the sun directly in the photo. You do pay a hefty price for all that. The new 16-35mm f/2.8L III is going to cost a great deal more than the old f/2.8. We recommend the EF 16-35mm f/4L IS USM to those who are looking for the best price-to-quality ratio. This only has one stop less brightness and image stabilization, and it costs less than half as much as the new f/2.8. But those who are not satisfied with that brightness and per se want a f/2.8, or those who simply want the most beautiful and the best only have one real choice.