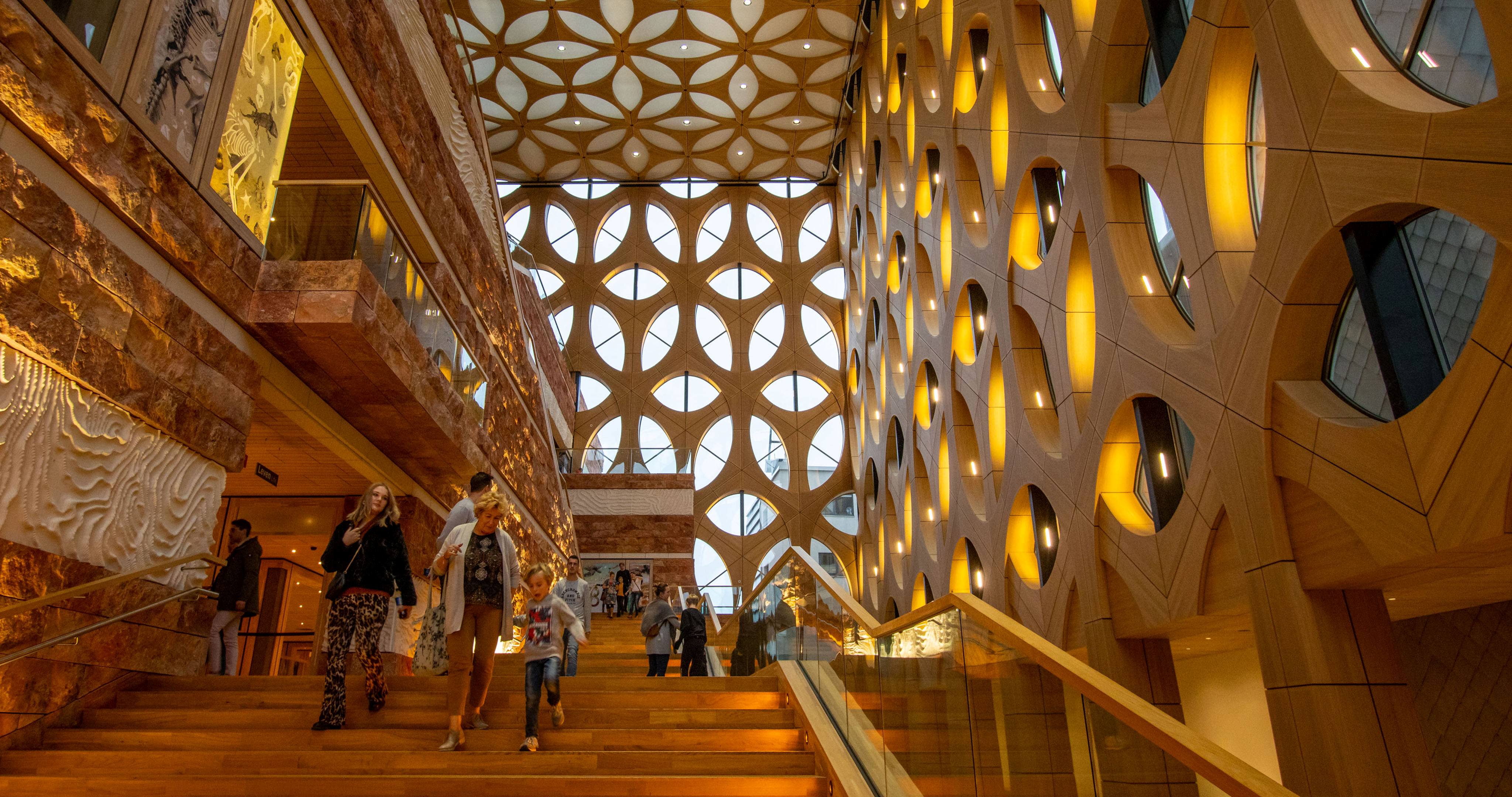 The Canon EOS 90D has a completely new sensor with the highest resolution of all APS-C cameras. Together with a large number of other innovations and refinements, this is Canon’s newest asset if you are looking for an APS-C SLR.

The Canon EOS 90D is a camera that looks very familiar. It looks like its predecessor, the EOS 80D. If you put them next to each other, then there appears to be only 1 clear difference, and that’s the new joystick on the back of the EOS 90D. Under the skin, more has changed. The most important thing is of course the new 32.5-megapixel sensor. That gives you 25% more pixels than on previous Canon APS-C models, and you can see the difference. At least if you use lenses that are sharp enough. The camera also has a new light metering system that uses 220,000 measuring points. That is considerably more than the 7560 of the EOS 80D. Thanks to this extra information, the EOS 90D now also has autofocus with face recognition when you use the viewfinder. And that’s an important improvement, because it also allows the camera to compete with modern mirrorless cameras. 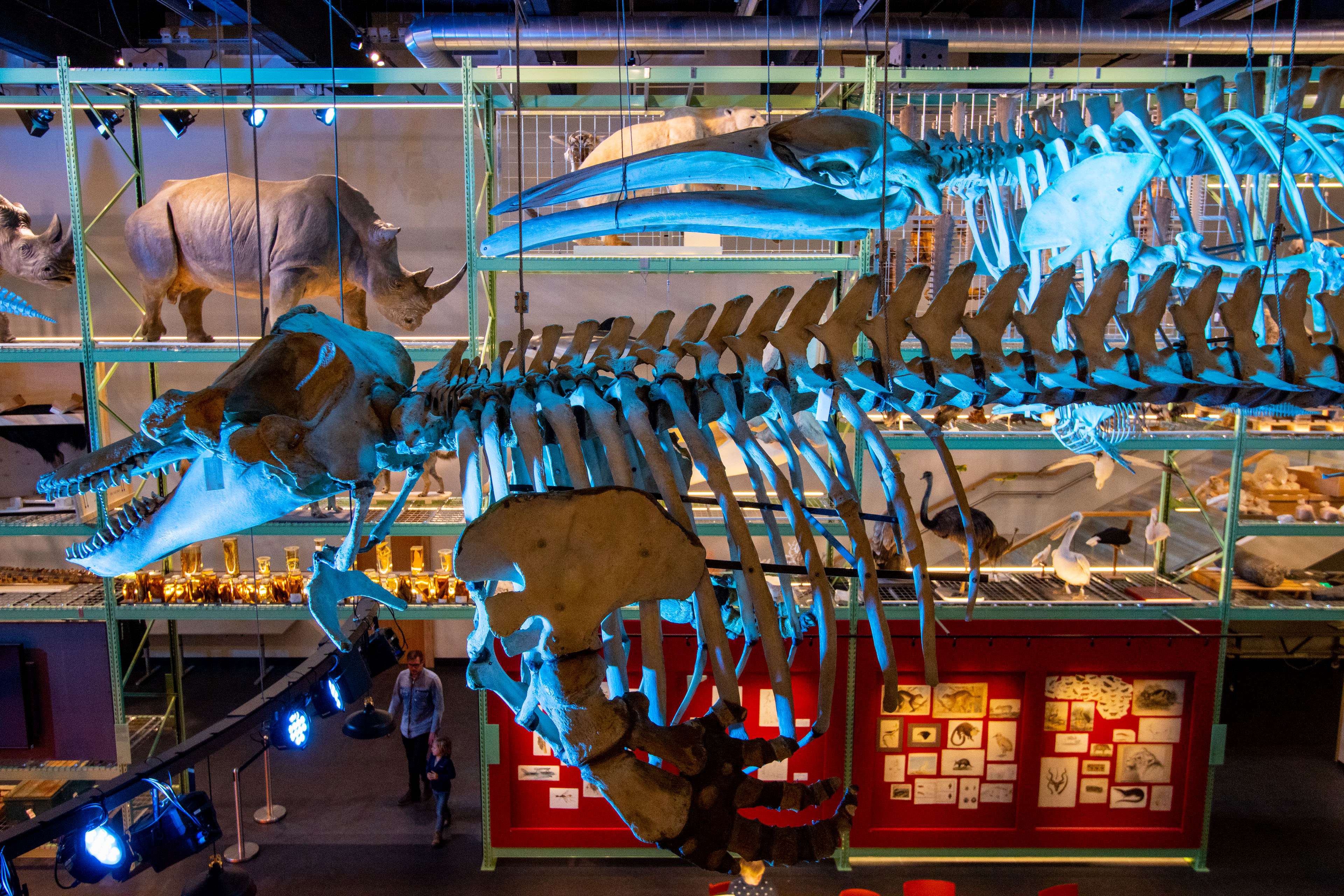 The EOS 90D comes from a long line of Canon EOS APS-C cameras. The EOS models with two digits in the name are more advanced than the three-digit models and are officially in the same class as the one-digit models. The only APS-C model that could surpass the EOS 90D is the Canon EOS 7D Mark II, which is still available. But despite its robust body and bigger viewfinder, with its 20-megapixel sensor, it’s no longer a match for the Canon EOS 90D. The EOS 90D will simply be more interesting for many photographers. The Canon EOS 90D is simple enough for beginners to use. At the same time, it also offers more than enough options for advanced amateurs and prosumers. If we look at the price, that is clearly the target group for this camera. 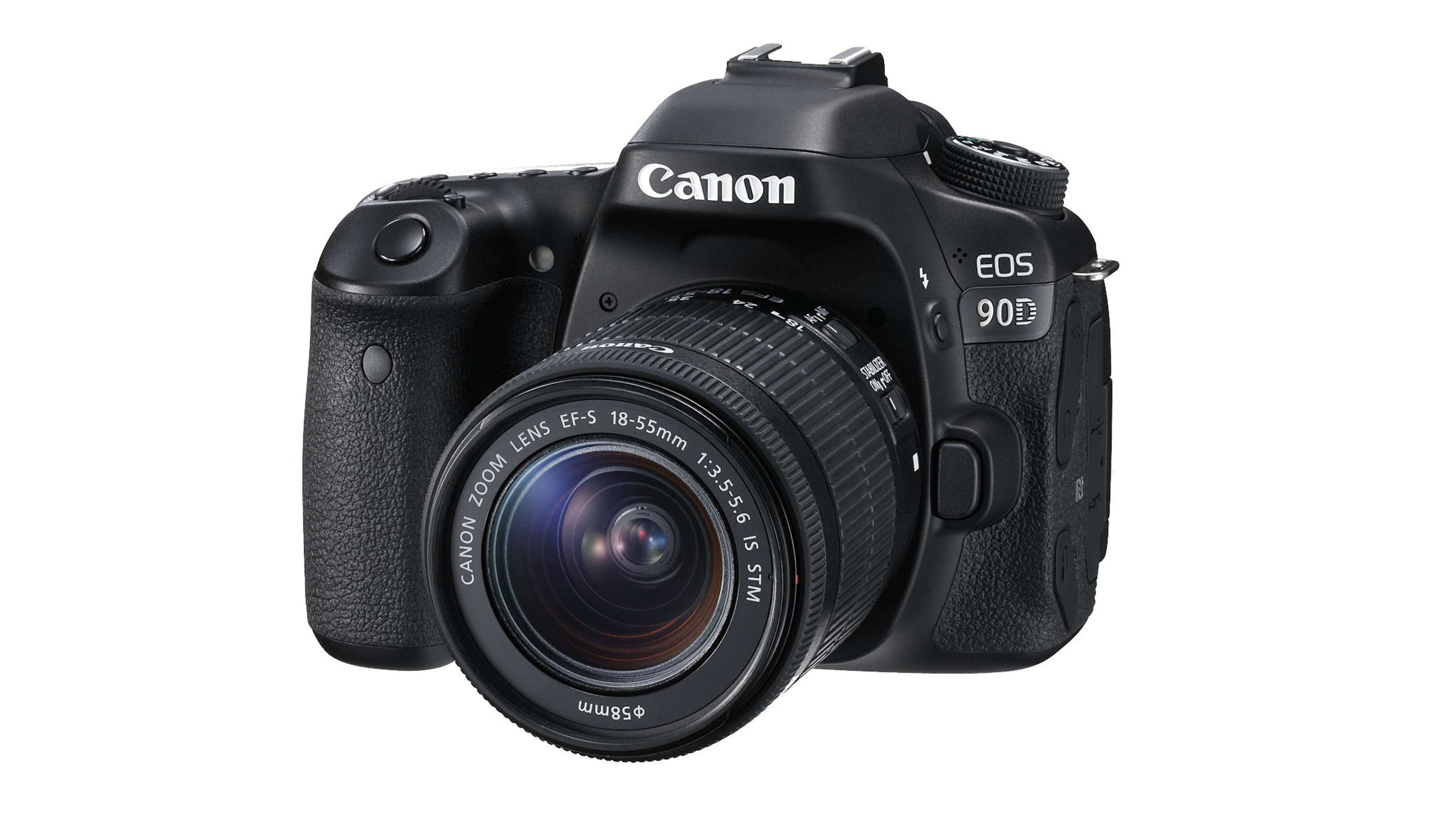 The Canon EOS 90D is very similar to the EOS 80D. It’s almost the same size and is a bit lighter than the 80D, but it’s more weatherproof. The EOS 90D also has an extra joystick. Functionally, it can do whatever you can with the control wheel on the rear, but it’s in a better place for ergonomics. That makes selecting an autofocus field a lot easier. The EOS 90D has the same pentaprism viewfinder with a 0.59 magnification (full-frame equivalent) as the EOS 80D and also shares the same turning and tilting screen. That is 3″ or 7.7 cm in size, and it has 1.04 million pixels. It is also touch sensitive and can be used both to operate the menus and to select a focus area. 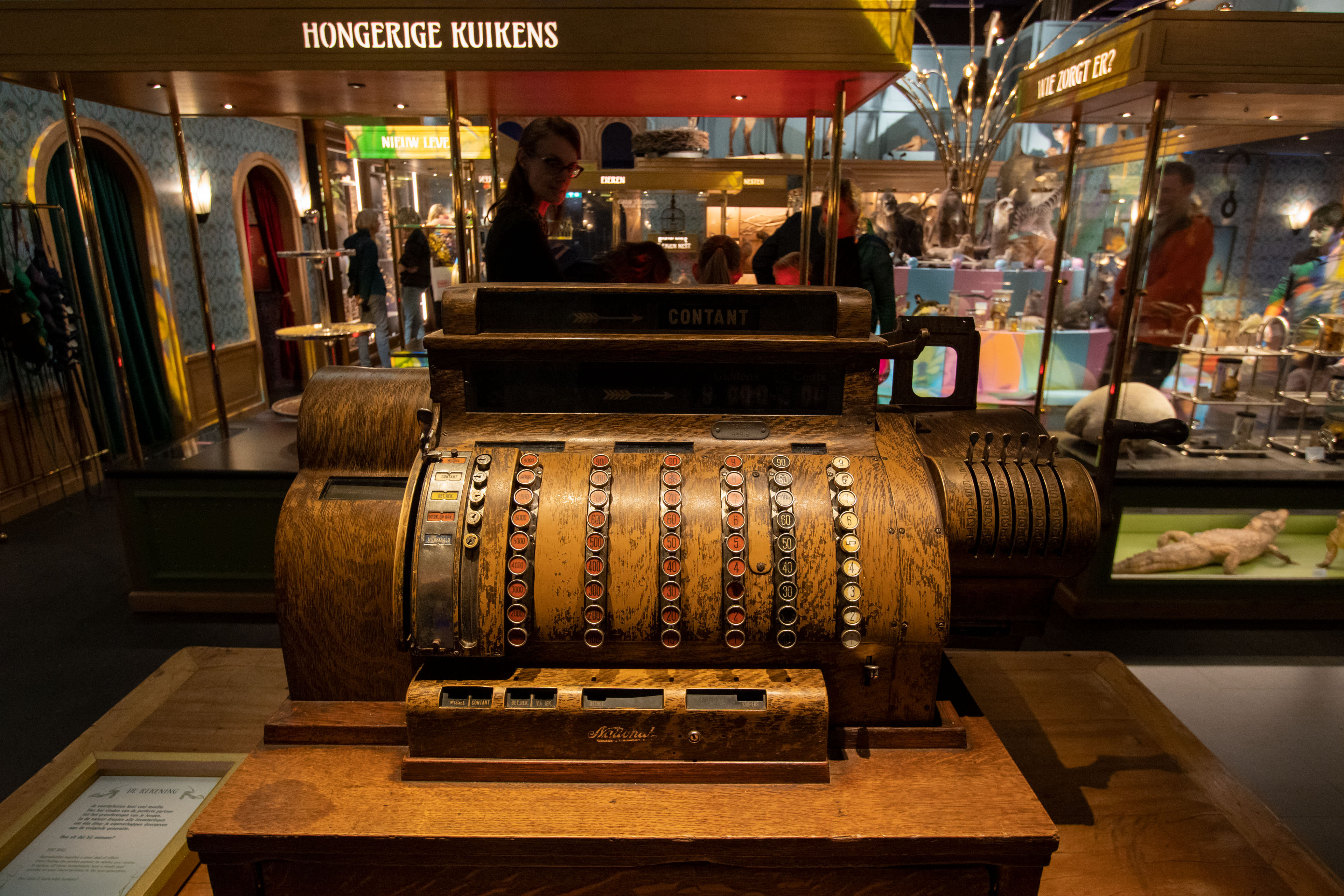 The EOS 90D has connections for both a microphone and a headphone. It also has a connection for a remote control, an HDMI port and USB. Unfortunately, that’s a USB 2.0 port, so a micro-USB connection. That isn’t nearly as fast as the USB-C ports that more and more cameras have. You also can’t charge the EOS 90D via USB. Another thing that hasn’t changed is the familiar LP-E6N battery, and that’s a good thing. Without live view, the battery is good for around 1300 shots, and with live view, 450. 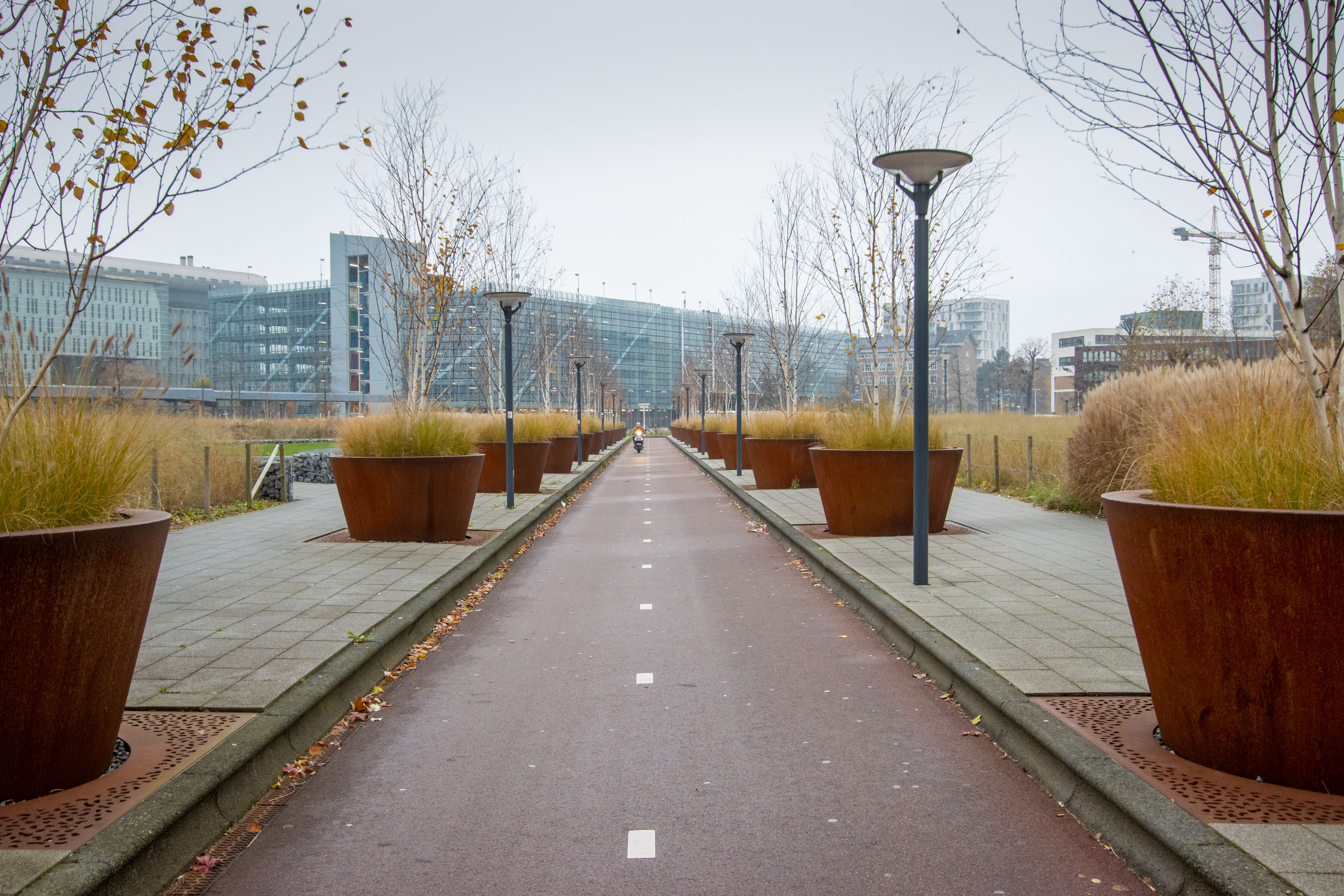 The most important aspect of the EOS 90D is probably the 32-megapixel sensor. Canon has thus broken through the 30-megapixel barrier in APS-C cameras. And the best thing is perhaps not even the resolution but the fact that the dynamic range and performance at high ISOs are also very good. Noise at high ISO values is even slightly lower than on the EOS 80D, certainly if you convert them into RAW yourself. The dynamic range is hardly inferior to the best-performing APS-C cameras. That’s great, because they all have (a lot) fewer pixels than the EOS 90D. The sensor has an anti-alias filter or, as Canon calls it, a low pass filter. That ensures that you will have almost no problems with moire. It is slightly at the expense of maximum sharpness, but you can capture plenty of details thanks to the 32 megapixels.

With the Canon EOS 90D, you can film in 4K and Full HD up to 30 images per second. 24 frames per second isn’t possible with either of them, and true film lovers will find that a shame. In Full HD, you can also film at 120 frames per second, but the camera doesn’t record sound then. The Full HD images look good, but the 4K isn’t as sharp as with some competitors. The EOS 90D does not have a stabilized sensor. Canon offers two solutions for a stabilized image. The first is of course to use stabilized lenses. The second option is digital image stabilization. The EOS 90D can film in 4K using the entire sensor. If you use the image stabilization, then that results in a crop. The sharpness is slightly reduced with the electronic image stabilization, but vibrations are also greatly reduced. 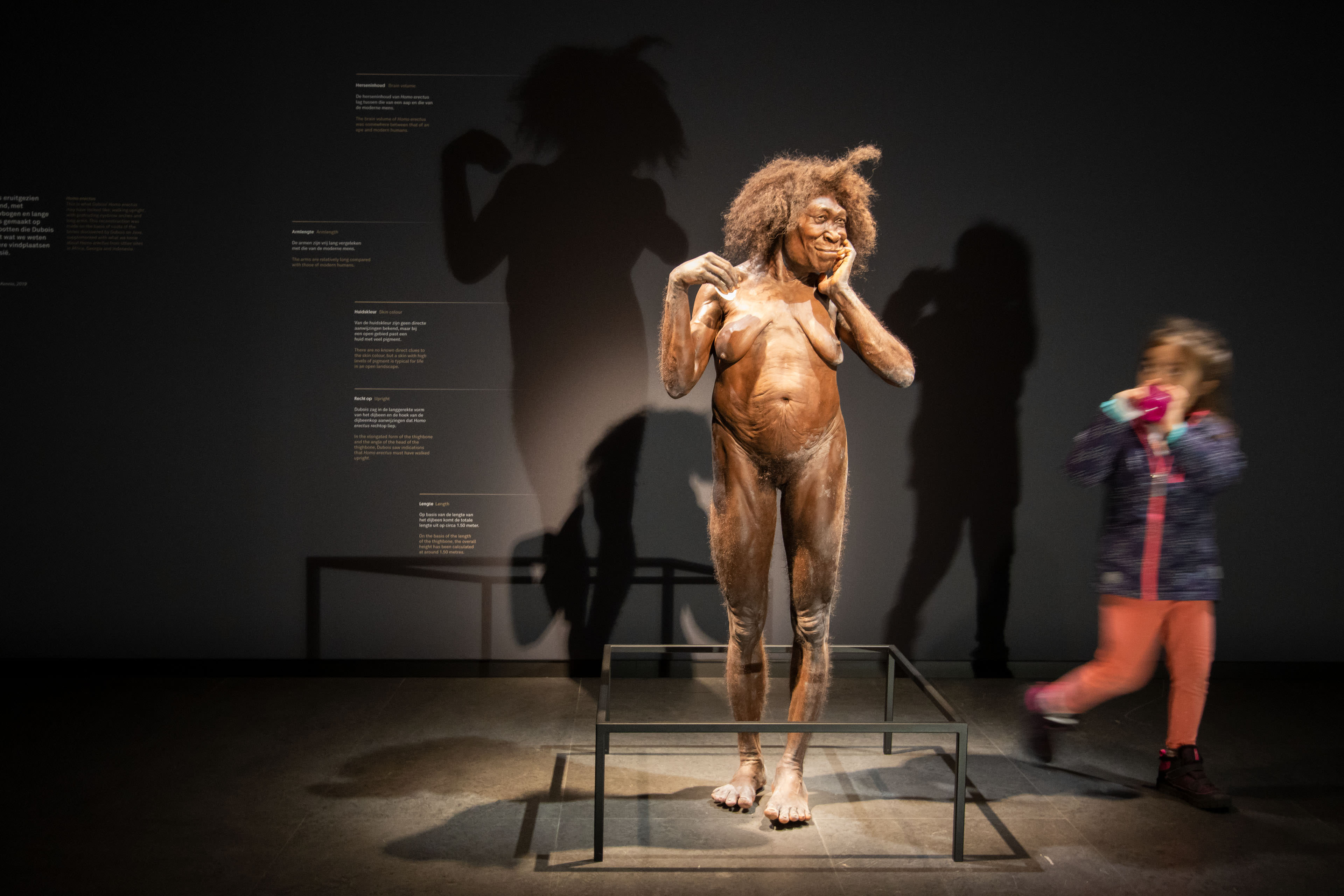 The Canon EOS 90D is a decent video camera in itself and could be ideal for vloggers, due to the turning and tilting screen and the ability to connect both a microphone and headphones. The face recognition in video also works great. The only thing that is a little less attractive is the relatively high weight, which reduces the time for which you can hold the camera at a distance.

The Canon EOS 90D is actually two cameras in one, and you notice that especially in the autofocus capabilities. When you take pictures while looking through the viewfinder, you use an AF system with 45 phase detection points. When shooting in live view, you can do that with Canon’s Dual Pixel AF system that uses both phase detection and contrast detection. In live view, the AF points cover a larger part of the image. If you try to follow moving subjects, the auto focus in live view is a lot better than the auto focus in the viewfinder.  In live view you have a lower shooting speed than when you use the viewfinder, namely 7 images versus 10. But the number of sharp shots in live view with moving subjects is a lot higher. That has to do with both the more advanced AF system and the larger coverage, so you lose your subject less quickly. 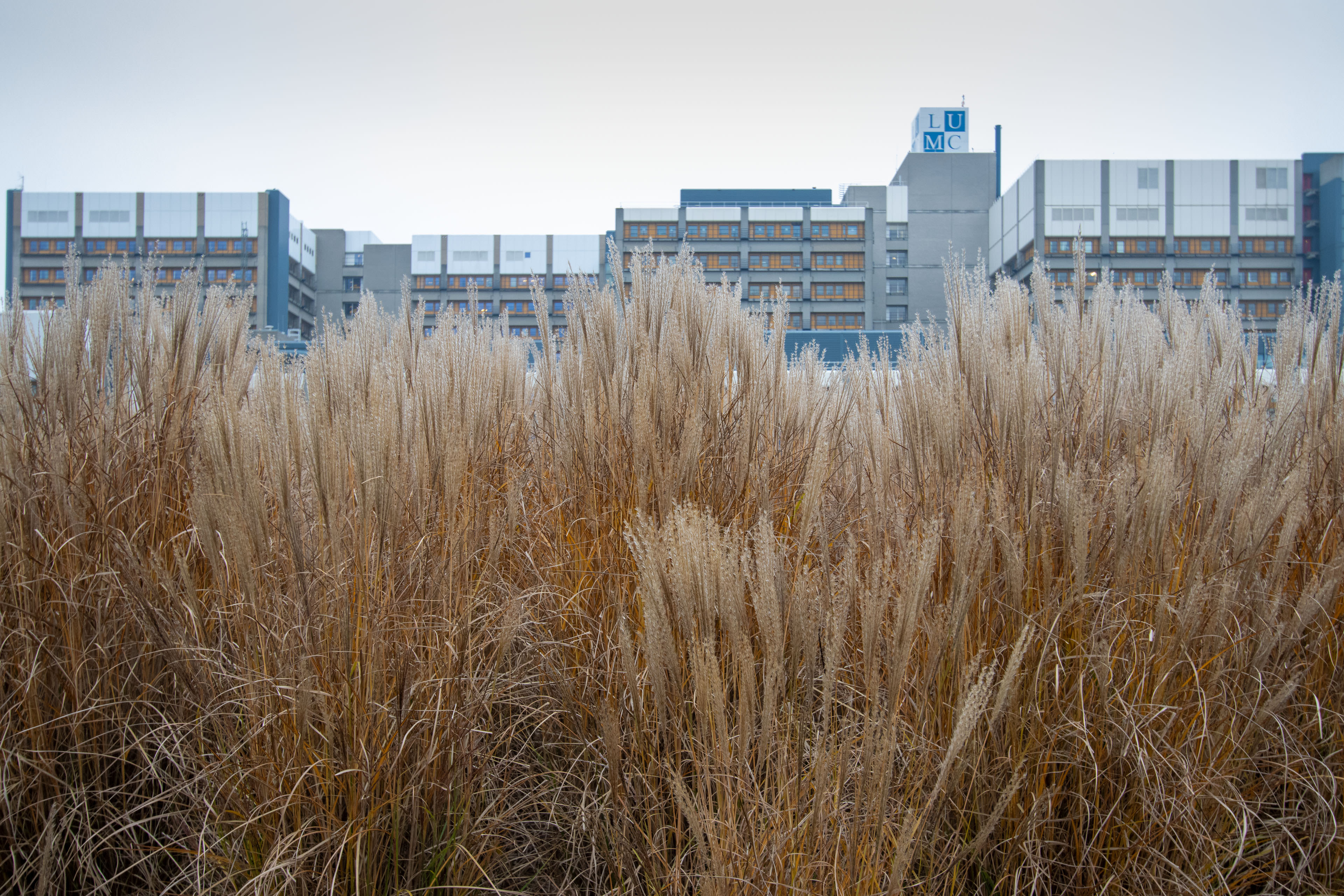 The accuracy is another reason for making frequent use of live view autofocus. That is higher in live view, because the camera focuses on the sensor, so at pixel level. With the high resolution of the 90D sensor, you can see every inaccuracy in the focus. The EOS 90D has more pixels per square millimeter than the Canon EOS 5Ds. That requires a lot from the phase detection system that you use when you shoot through the viewfinder. If you still want to use that and want to get the most out of your camera, at least have the lenses and the camera properly aligned. Or do it yourself with the Autofocus Microadjustment option of the EOS 90D.

The Canon EOS 90D has more to offer than a high resolution. The camera is also fast. Until the arrival of the 90D, the now-outdated EOS 7D Mark II was the camera you needed for sports or nature photography, for example. It achieved 10 images per second. The EOS 90D also achieves that speed when you use the viewfinder. And it does that while maintaining continuous autofocus. In live view, that speed decreases with the use of autofocus to 7 images per second. Without autofocus, you get 11 images per second in live view. The EOS 7D Mark II is still available because it is just a little more robust and has double card slots. The EOS 90D works with a single SD card slot. 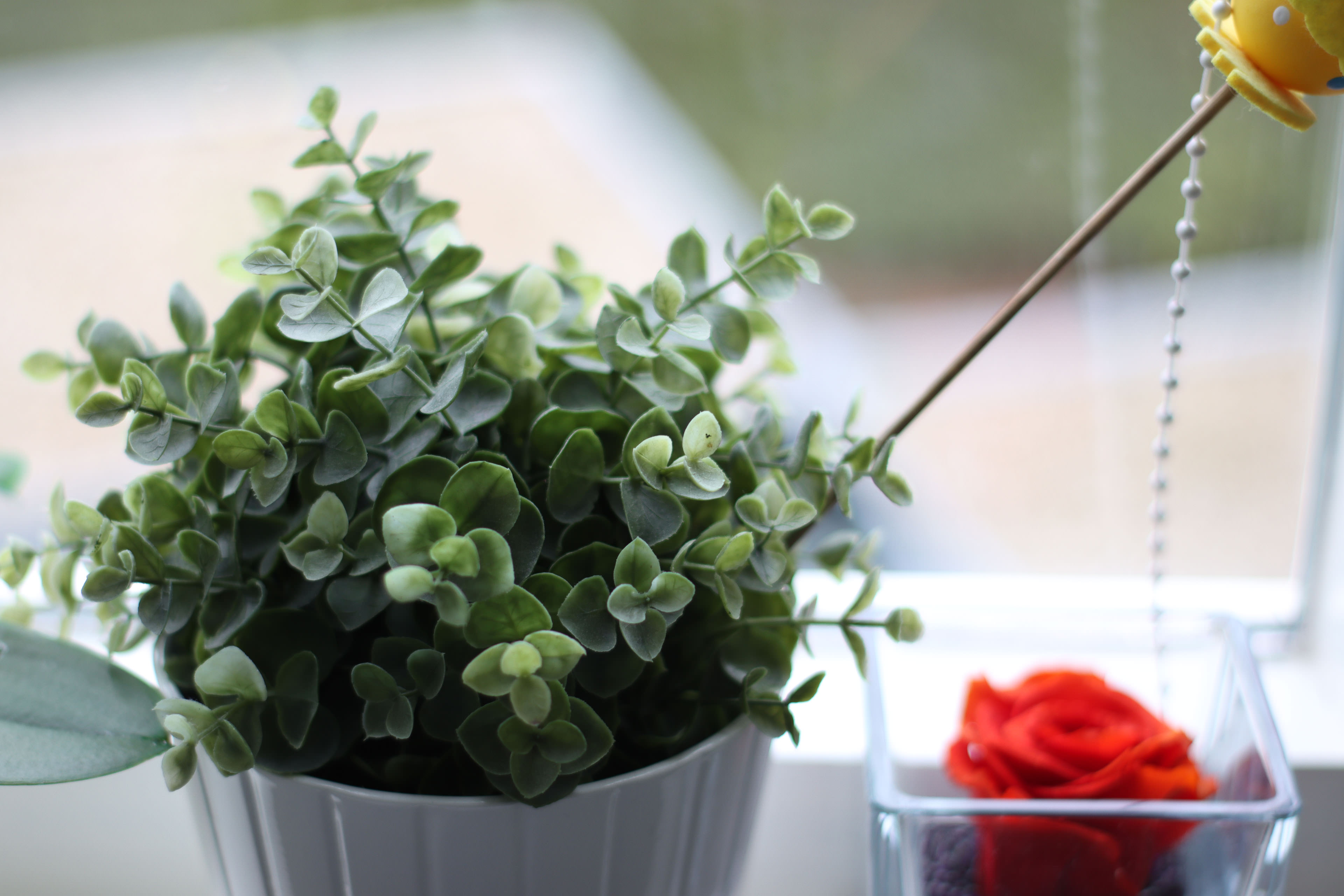 The EOS 90D also has WiFi and Bluetooth. These work well together with the Canon Camera Connect app. This allows you to control the camera remotely and download images for editing or sharing on your smartphone or tablet. You can also edit images in the camera. You can apply filters to shots that have already been taken. For example, you can convert images to black and white or, as below, give images a selective sharpness with the miniature effect filter. 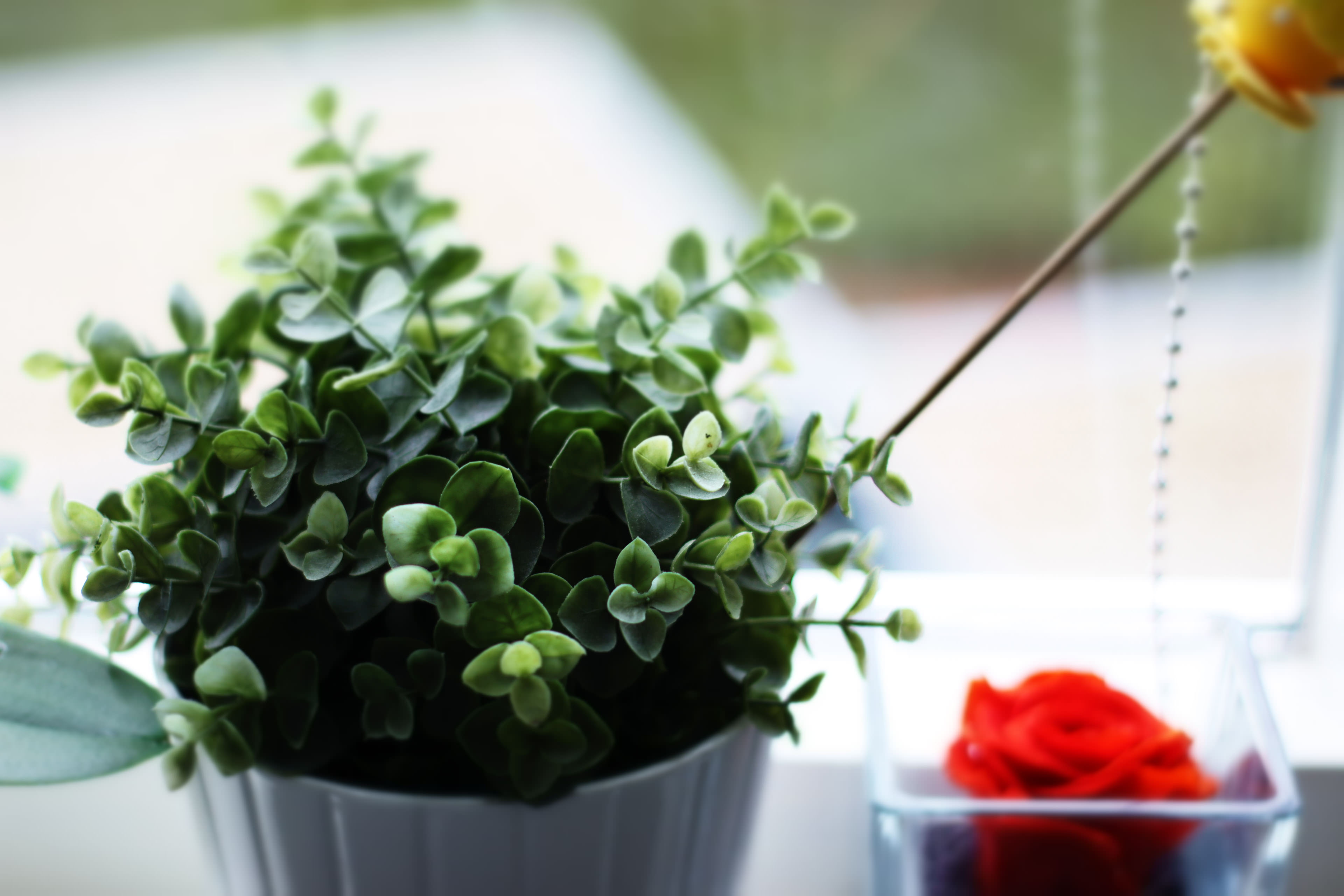 The Canon EOS 90D is the best APS-C SLR from Canon as far as we’re concerned. It’s similar to the EOS 80D on many points, but the better sensor and autofocus make the 90D really worth saving for. The D7500 is Nikon’s offer in this segment and a worthy opponent for the EOS 90D. The Canon has better image quality, and it’s a lot better in live view thanks to Canon’s Dual AF. The Nikon offers slightly better video, but those who mainly photograph have a better camera with the 90D.

Curious about the performance of the Canon EOS 90D in practice? Click on the button below and visit our renewed web gallery with sample images. The images can be downloaded in full resolution to be viewed at 100%.

If you already have a lot of EF lenses or you like an optical viewfinder, then the EOS 90D is a very good camera and a good choice.

The Canon EOS 90D is the best APS-C SLR from Canon. If you already have a lot of EF lenses or you like an optical viewfinder, then the EOS 90D is a very good camera and a good choice. Only the SLR is no longer the only choice you have as a photographer nowadays if you’re looking for a seriously good camera. The Canon EOS M6 Mark II, for example, has the same sensor and is a lot smaller and also slightly cheaper. But that of course has no (optical) viewfinder. And ergonomically, the EOS 90D is a nicer camera if you like a bit of weight. If you have trouble deciding, for example, between an EOS M6 Mark II and an EOS 90D, you can simply opt for the 90D and use it as a mirrorless camera in live view.