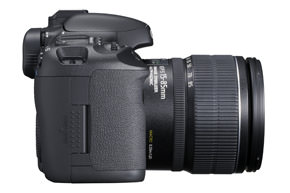 The bright viewfinder offers an effective magnification of 0.63 and a 100% viewfinder coverage: “What you see is what you get.” For users of a camera with an electronic viewfinder, a 100% viewfinder coverage is not special, but compared to the Canon 50D or Canon 60D, this is progress. Pleasant is the facility to display a grid in the viewfinder. This way, you do not get a crooked horizon quickly. For Nikon users, such a grid is nothing new, but for Canon users it is. The Canon 7D also happens to have a level that you can display in the viewfinder and on the LCD screen. The 3-inch “Clear View II” LCD screen has 920,000 dots (= 306,700 RGB pixels), is bright and works really well. 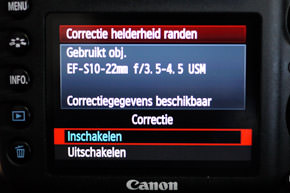 With a standard Lightroom editing of the RAW files or the in-camera jpg files, the Canon 7D delivers a resolution of 1750 or 1500 LW/PH. That is roughly comparable to the performances of the Canon 60D. 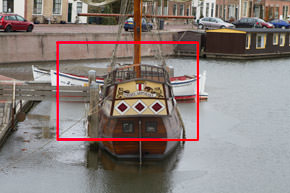 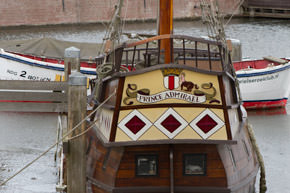 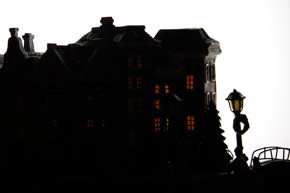 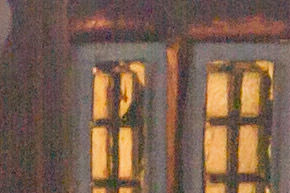 In terms of noise, the Canon 7D scores just as well as the Canon 5D Mk2, a camera with a full-frame sensor. The test results are listed in the Canon 7D test report. Here, you see an example of a 100% image cropping of an ISO 100 image jpg image. The ISO 3200 images are, after a bit of noise reduction, still very useful. 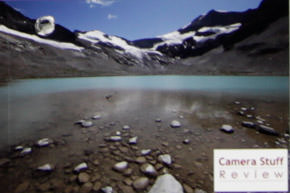 During testing, the sun has not shone, which has yielded beautifully gray images as shown. We have not encountered color bias in all those gray skies. But in the studio we have subjected the Canon 7D to more critical color reproduction tests. And it is good, as we expect from Canon. In terms of white balance, the Canon 7D belongs to the best cameras that are now for sale and in terms of overall accuracy of the color reproduction, the Canon 7D scored the highest of all cameras that we have tested so far. 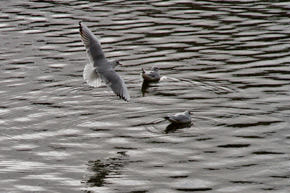 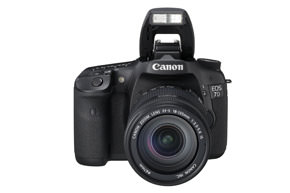 Thanks to a fast processor, the Canon 7D can take images with 8 frames per second. And thanks to a separate processor for the autofocus, focusing is very fast. If you shoot in RAW, you are over your buffer within 2 seconds. When testing a car that comes driving at the photographer in 10 seconds, you will soon have 80 shots or more. That is why I have taken a few bursts, each of approximately 8 images, at the autofocus tracking instead of continuously keeping the shutter button pressed down. The result is shown below. In sufficient light, the Canon 7D succeeds to get sharp the vast majority (but not all) of the shots of a fairly fast moving subject coming right at you. Bottom right, you see, in reverse chronological order, a 100% image cropping of the car from the image bottom left that has a red box. 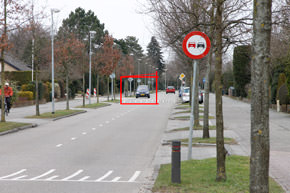 There are a lot of positive things to say about the Canon 7D. The camera and autofocus are fast. The picture quality is comparable to the Canon 5D MK2. The viewfinder and the screen are very pleasant to work with. We have not tested it, but the camera is also very suitable to make full HD videos with in terms of specifications. Why would you choose a Canon 7D instead of a Canon 60D or a Canon 5D MK2? The Canon 7D is in many respects almost equivalent to the Canon 5D MK2, but offers more modern video capabilities, while the price is much lower. The crop factor of 1.6 and the rapid image processing makes the Canon 7D more suitable for sports and wildlife photographers than the Canon 5D MK2. The Canon 5D MK2 has nicer bokeh and a higher resolution in the RAW files. The Canon 60D is cheaper than the Canon 7D and uses the same 18-megapixel sensor. The bright viewfinder and larger viewfinder magnification of the Canon 7D is a major advantage over the Canon 60D. But the Canon 7D also offers several features that are normally only found on professional cameras, such as the extra seal against dust and water, and the built-in wireless control of flash. And that is something the Canon 60D does not have.
Tags: Canon, Prosumer