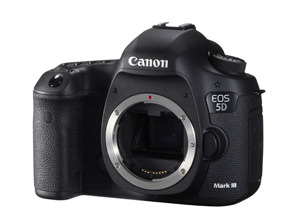 The design, think of the somewhat rounded shape of the pentaprism, is familiar. Nevertheless, the Canon 5D MK3 is just a little better in the hand than its predecessor. Perhaps because of the slightly rougher coating. The buttons and knobs all feel more solid and the Shutter durability is increased. Conveniently, the battery for the Canon 5D MK2 is also usable on the Canon 5D MK3. What is new is that 2 memory cards now fit in the camera: 1 CF card and 1 SD card.

In many details it appears that Canon has listened well to users. Thus, the PASM mode button is locked against unintentional turning and the on/off button is now much easier to operate. The readability of the non-rotating but slightly enlarged screen is improved. Very clever is that you can immediately zoom in on the piece of picture on which you focus. That saves a lot of scrolling. The shutter is just a tad noisier than the shutter of the Canon 5D MK2. But there is also a separate setting on the Canon 5D MK3 with which the shutter makes less noise. 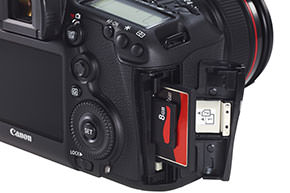 Those many improved details and the appearance of increased reliability ensure that you get the impression that you are dealing with a totally different camera. But that also means that the familiarization time is a bit longer.

Canon is, rightly or wrongly, seen as the driver of the megapixel war. But with the Canon 5D MK3, Canon has opted out of a lot of extra pixels and has chosen for better video abilities, lower noise and higher usable dynamic range. For many applications, about 20 megapixels is enough and if you want more pixels, you switch to a medium format camera, Canon might have thought. The Nikon D800 and Nikon D800E are also an alternative for that of course. And that ruins the Canon 5D MK3 party a bit. 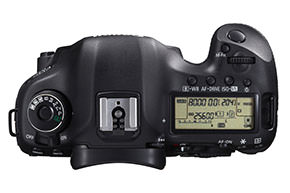 Measurements for this test have been carried out with the aid of Imatest.

If you are used to an APS-C cameras, the large and bright viewfinder of the Canon 5D MK3 is very refreshing; carefully making a composition is made much easier. The viewfinder accuracy is 100%, a slight improvement over the Canon 5D MK2. The magnification is 0.71, so the total magnification is 0.71. The indication of shutter speed, aperture, etc. is more readable than with the Canon 5D MK2. Very useful is the ability to turn on a grid in the viewfinder. Leaning horizons are therefore of the past. The screen on the back of the camera is not rotated or tilted; especially macro photographers will experience this as a shortcoming. 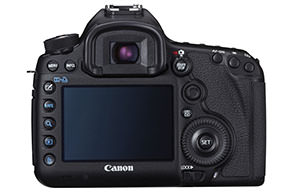 The net size of the screen is a bit increased. The menu has been thoroughly worked on by Canon’s engineers. You now have 5 tabs in width and each tab has its own color. Some tabs have a breakdown so you never have to scroll. Once you are used to it, it is very useful. 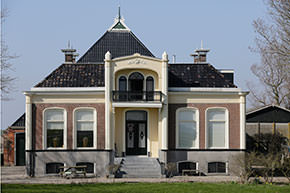 Here you see an image cropping of the above picture taken during the day with the Canon 5D MK3, set to ISO 200.

Move your mouse over the image for an enlargement of a jpg file at 100%. 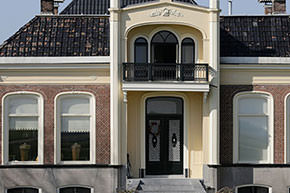 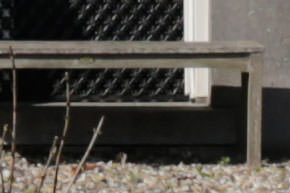 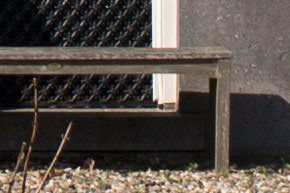 This bench is a small detail from the above picture of a house. The difference in sharpness between a jpg file directly from the camera with a resolution of 2000 LW/PH (left image) and a RAW file developed in Lightroom 4.1 RC1 and a resolution of 3000 LW/PH (right) is clearly visible. See for example the gravel under the bench or the stones in the wall.

The total dynamic range is 13 stops for a RAW file over the entire dynamic range. That is the maximum of what we can measure with our test setup and what a 14 bit sensor can get. The Canon 5D Mk2 reached this value in our last test too.

The usable dynamic range of a Canon 5D MK3 RAW file at ISO 100 is up to 2 stops larger than of a 5D MK2 file. That is a big difference. In practice we found that the correct exposure in bright sunlight with the 5D MK3 was much easier than with the Canon 5D MK2. On both sides of the histogram, we always had ‘space’ left, which is the way it should be! 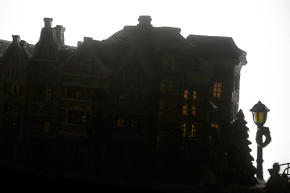 An A3 + print with a base of 12,800 ISO, RAW or jpg, file looks very good. Many details and noise, even in flat surfaces, is not visible. Above that you will have to devote more attention to noise reduction. 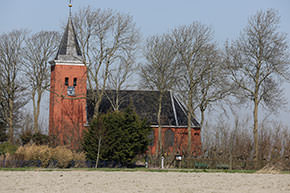 The Canon 5D MK3 delivers RAW files with a very good color reproduction throughout the entire ISO range (Delta E 94 = 6 for RAW and JPG) in daylight. Previously, the saturation of the colors became lower if you set a digital camera to high ISO values. That is no longer the case. At the RAW files (developed in Lightroom RC 4.1), the saturation remains constantly 105% throughout the entire ISO range. At the jpg files, the highest ISO files are about 10% less saturated. Here is a image taken at 25,600. 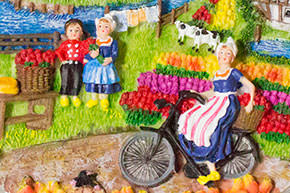 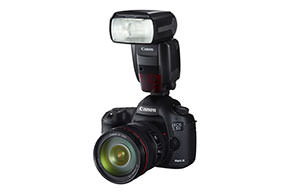 The autofocus system of the Canon 5D MK3 is taken from the Canon 1DX, except that the Canon 1DX has an additional AF processor. The system consists of no less than 61 AF points that are scattered well over the viewfinder for a full-frame camera. That distribution area is 2.5 times as large as with the Canon 5D MK2. As a result, it is much easier to choose an AF point that is in the right place in the image with the Canon 5D MK3. Many AF sensors are extra sensitive cross-type sensors and the menu lets you adjust the autofocus. This way, you can opt for a static subject or for a moving subject followed by the AF system. An accelerating subject needs a different setting than a subject of constant speed. You can also set some things so that there no focusing on an object coming between the camera and the subject. And to make it complicated, with 3 parameters, each setting can be fine-tuned. To make the story even more complicated, as a photographer, you can also choose which AF points are used. Quite reassuring is that you can configure the camera in such a way that you can select the used AF point with a simple button.

We have taken many series of about 18 shots of cars coming towards the camera at 80 km/h. The central AF point was used and 6 frames per second were taken. Of the 18 shots, 17 were usually sharp, in some cases 16 or 18. In short, this works well.

In a variant on this test set-up, we had a car between the camera and the car intending to drive in the opposite direction with a speed of 80 km per hour. See the pictures. The AF system was thus briefly bewildered, as it were, by the car that was momentarily between camera and subject. Once there are no car anymore between the camera and the car which is in focus, the Canon 5D MK3 needs about 2 or 3 frames to return to getting sharp pictures. 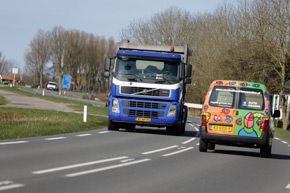 Of course we are very curious whether the Canon 5D MK3 can follow a moving car driving into the image at an angle. The camera then needs different AF points. The speed of the oncoming cars was about 50 km/h and we manually selected 1 AF point. We had configured the camera in such a way that automatically other AF fields were chosen to be able to follow the car. Of the 10 series, it worked well in 9 cases. In 1 series, the car was not properly followed. This result too gives us cause for satisfaction.

The Canon 5D MK3 has become a worthy successor to the Canon 5D MK2. The number of pixels is barely increased so that the maximum resolution at low ISO values has not become higher. From ISO 6400, the resolution decreases more strongly at the Canon 5D MK2 than the Canon 5D MK3. The noise performances of the Canon 5D MK3 are better, the profit is between 1 and 2 stops, depending on RAW or JPEG. A major advancement, about 2 stops at ISO 100, is made in the usable dynamic range. In addition, the camera body is greatly improved. The frame rate is increased and the grip is improved. The AF system meets high expectations and makes the Canon 5D MK2 bite deeply in the dust. The enhanced video capabilities of the Canon 5D MK3 compared to its predecessor will also appeal to many photographers. After familiarization, it is a pleasure to work with the 61 AF sensors, the AF speed is high and fast moving objects are properly followed. The cheaper Nikon D800 / Nikon D800E do have many more pixels. But if 22 megapixels are enough for your type of photography, there is little to criticize on the Canon 5D MK3.