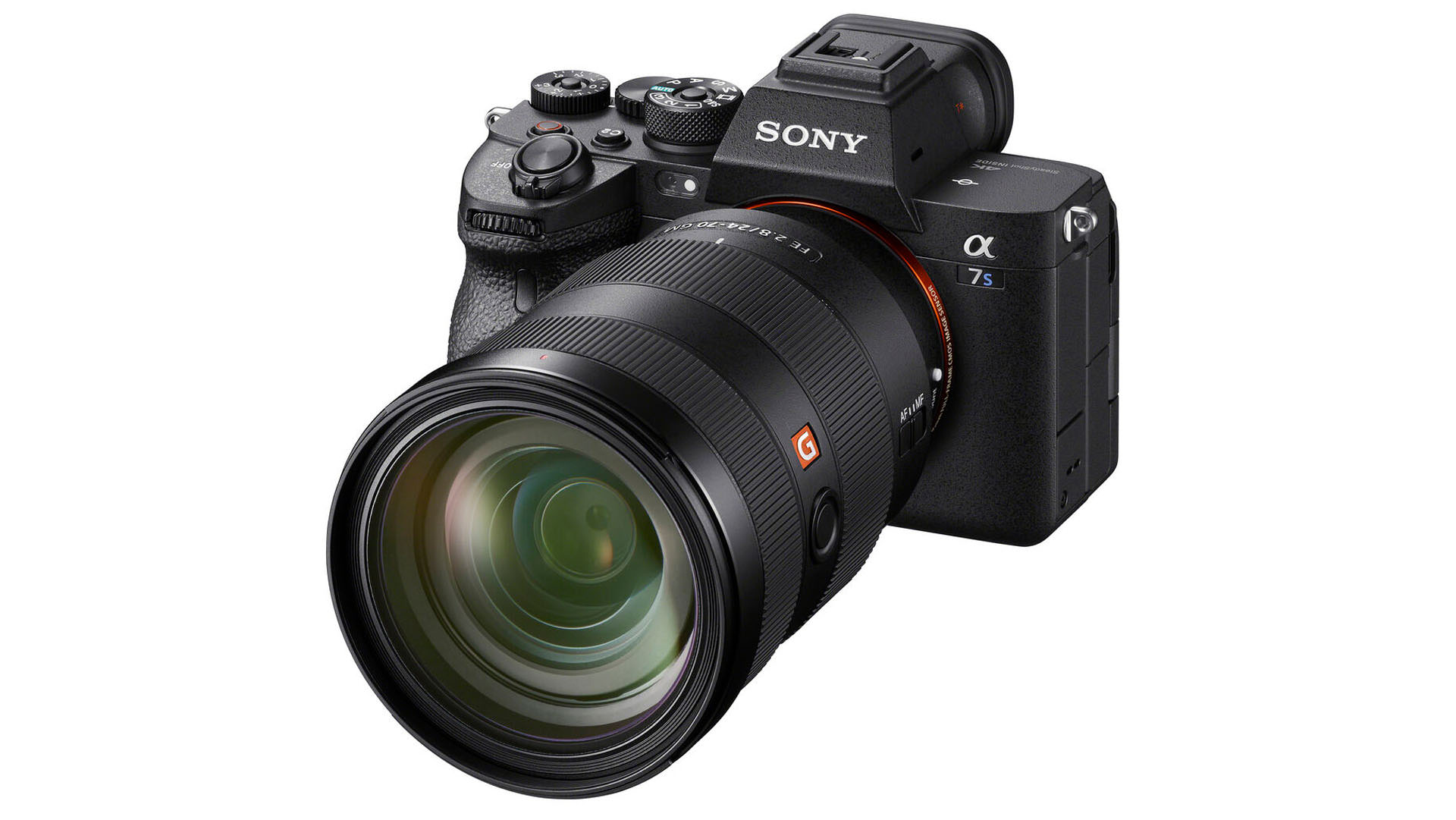 It took almost four years for a new Sony A7S to arrive, but finally the time has come. The Sony A7S III retains all the good things of the previous A7S models but also offers many radical innovations that many Sony users have probably been waiting for a long time.

The A7S III offers impressive specifications, but what makes the camera really special is its usability.

The Sony A7S III took so long that the camera took on an almost mythical status. After a period in which Sony introduced a new generation of cameras about every two years, many wondered whether – after four years of waiting – there would be a successor to the A7S II at all. The market has changed a lot. With the A7S II, Sony had the market to itself when it came to mirrorless full-frame cameras with excellent video capabilities. Today, the Z models from Nikon and the Panasonic S1H compete with the A7S II. Those cameras are more all-round, with two to nearly four times as many pixels and better video options. The arrival of the Canon R5 and R6, with 8K RAW video internally, fed the rumor mill even more. What would Sony offer in return? Would there still be room for a camera with “only” 12 megapixels? According to Sony, there is, and the A7S III is meant to prove that.

Sony has therefore made good use of the long gap between the A7S II and the new A7S III, and they have clearly listened to users’ wishes. The A7S III still has a sensor with “only” 12 megapixels. But it is certainly not the same sensor. For photographers, 12 megapixels might not be much, and you cannot film in 6K or 8K with it. But it is a BSI sensor, just like in the A9, for example. The smaller number of pixels (and the lower number of lines) ensures an even faster read-out speed, making rolling shutter a thing of the past with the A7S III. The camera also has a dual new Bionz XR processor. This allows the A7S III to film in 4K up to 120 frames per second. In 10-bit 4.2.2! The large pixels should ensure the best quality in 4K, even in extremely low light. 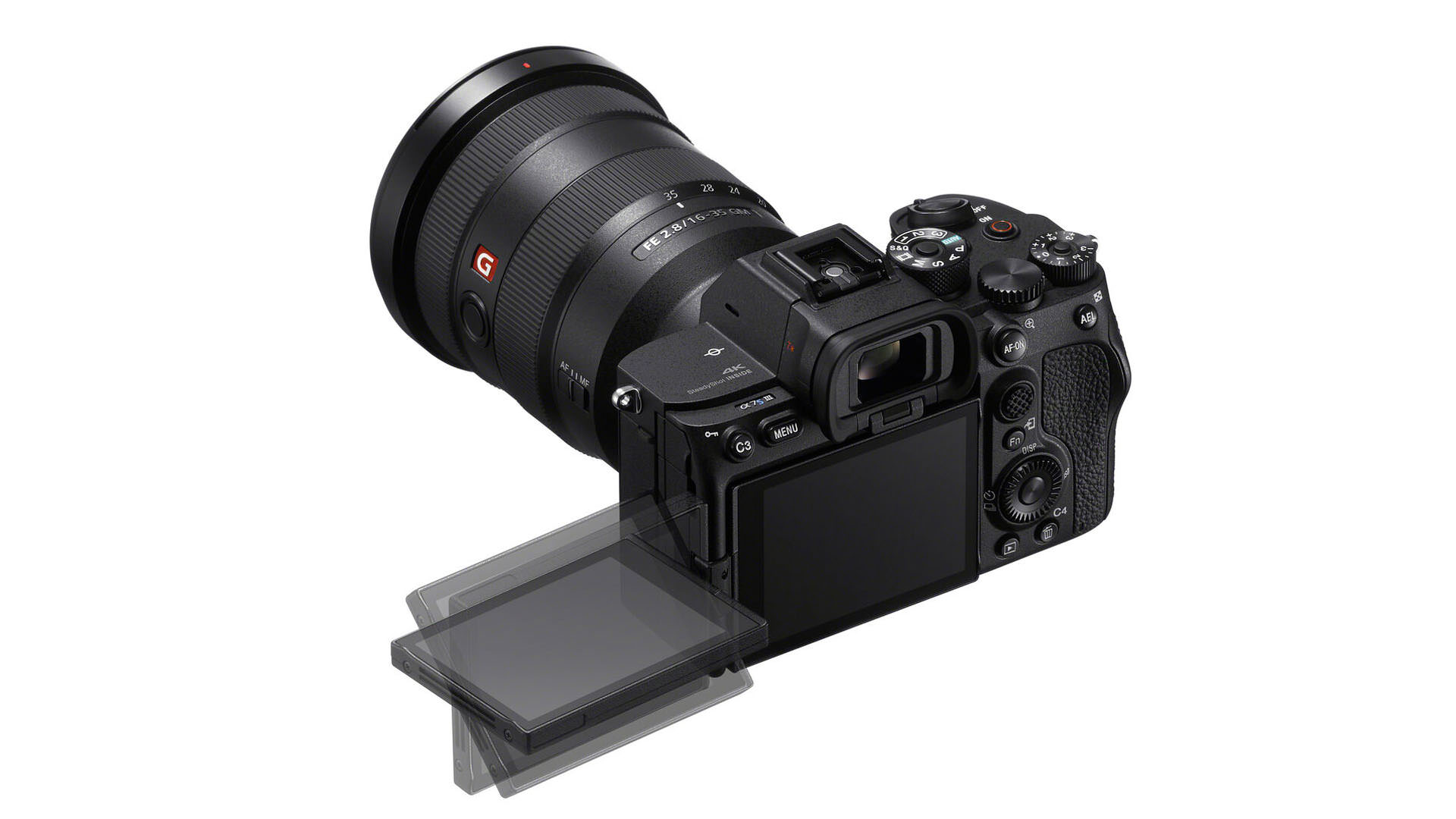 In terms of operation, there were two things that Sony could no longer ignore. These were a fully turning and tilting screen and touch controls. Sony has gone a step further and has adapted the entire menu. That will take some getting used to for loyal Sony users, but it’s a welcome change. 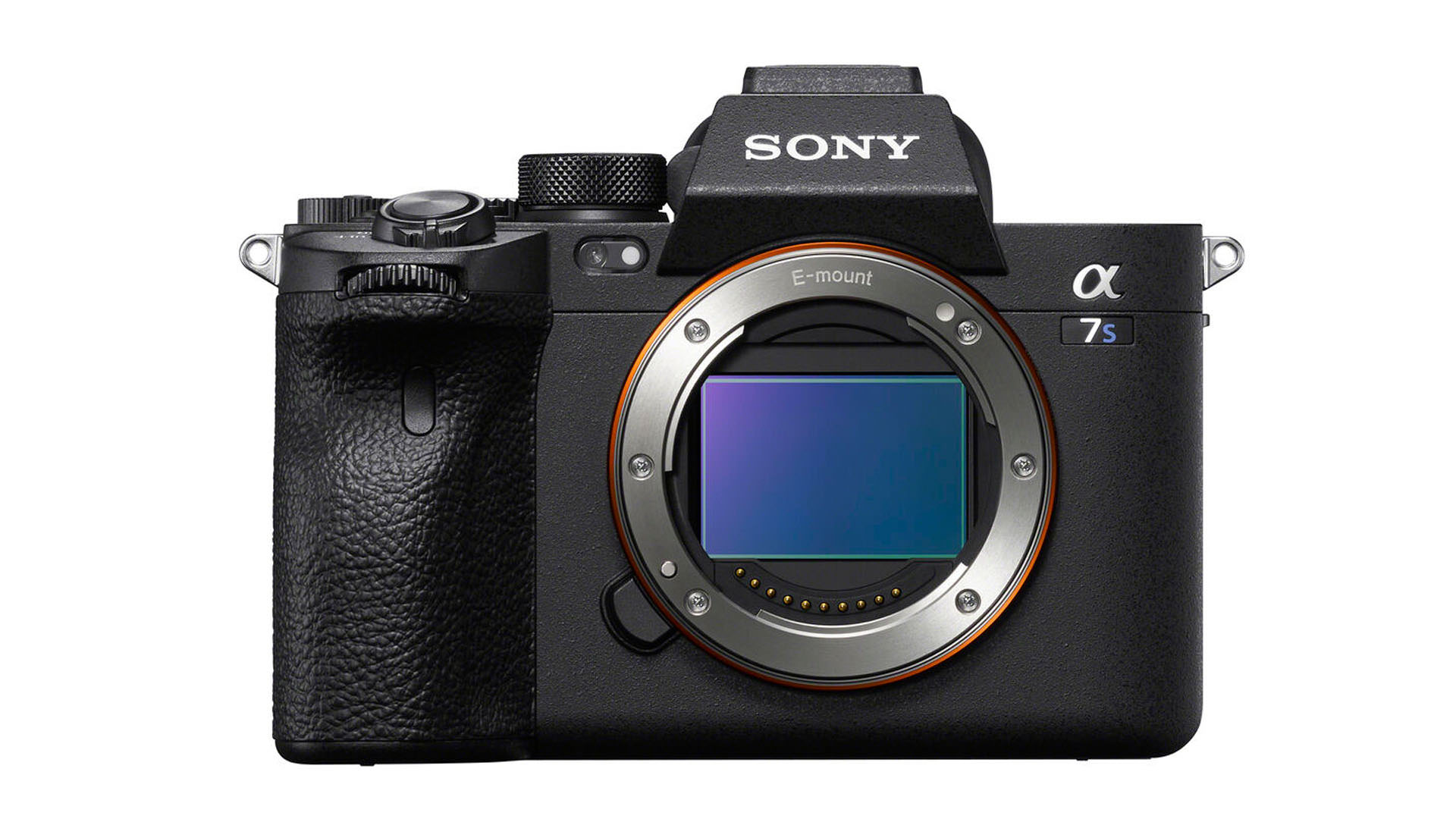 The Sony A7S III is very similar to the Sony A7R IV at first glance. The dimensions and the weight are almost the same. Like the A7R IV, all the controls, including the large record button, are on the top cover on the right, and the left shoulder is virtually empty. But there are also clear differences. For example, on the front is a sensor for the white balance, which is very unusual. The viewfinder is also a bit larger, and at the back there is – finally – a turning and tilting screen. 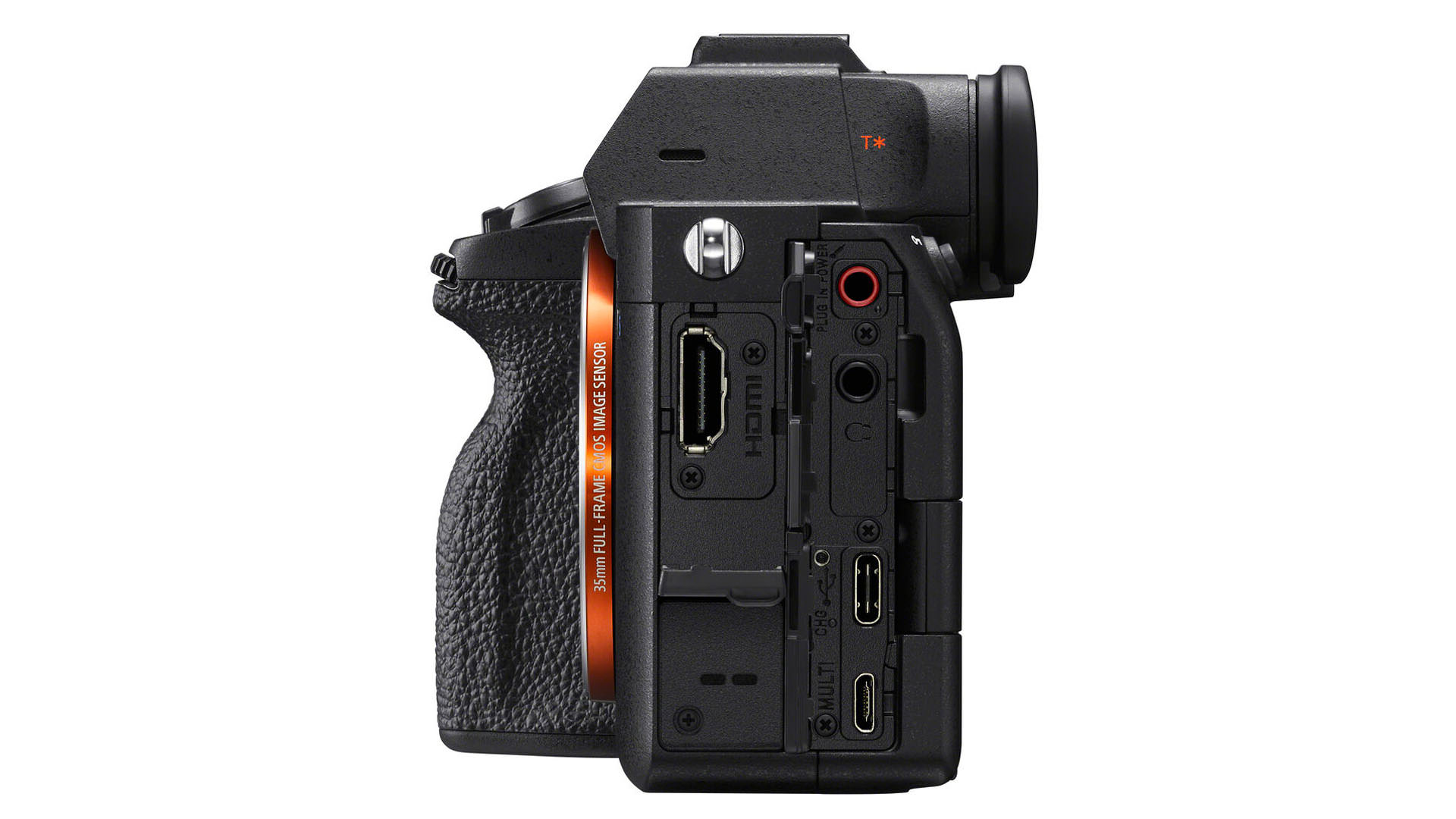 On the left side, you will find a USB-C port, the full-size HDMI connection and a microphone and headphone input. The HDMI is placed in such a way that it does not get in the way of the screen when it is turned. This applies less to the other inputs. There are two double card slots on the right side. Double because each card slot can accommodate either a UHS-II SD card or a Type A CFexpress. This unusual solution has two advantages. First, you can continue to use the SD cards you probably already have. And if you want to switch to the new, faster cards, you can also store two of them in the camera. It prevents you from having to mix two different cards with different writing speeds, as with some other brands. 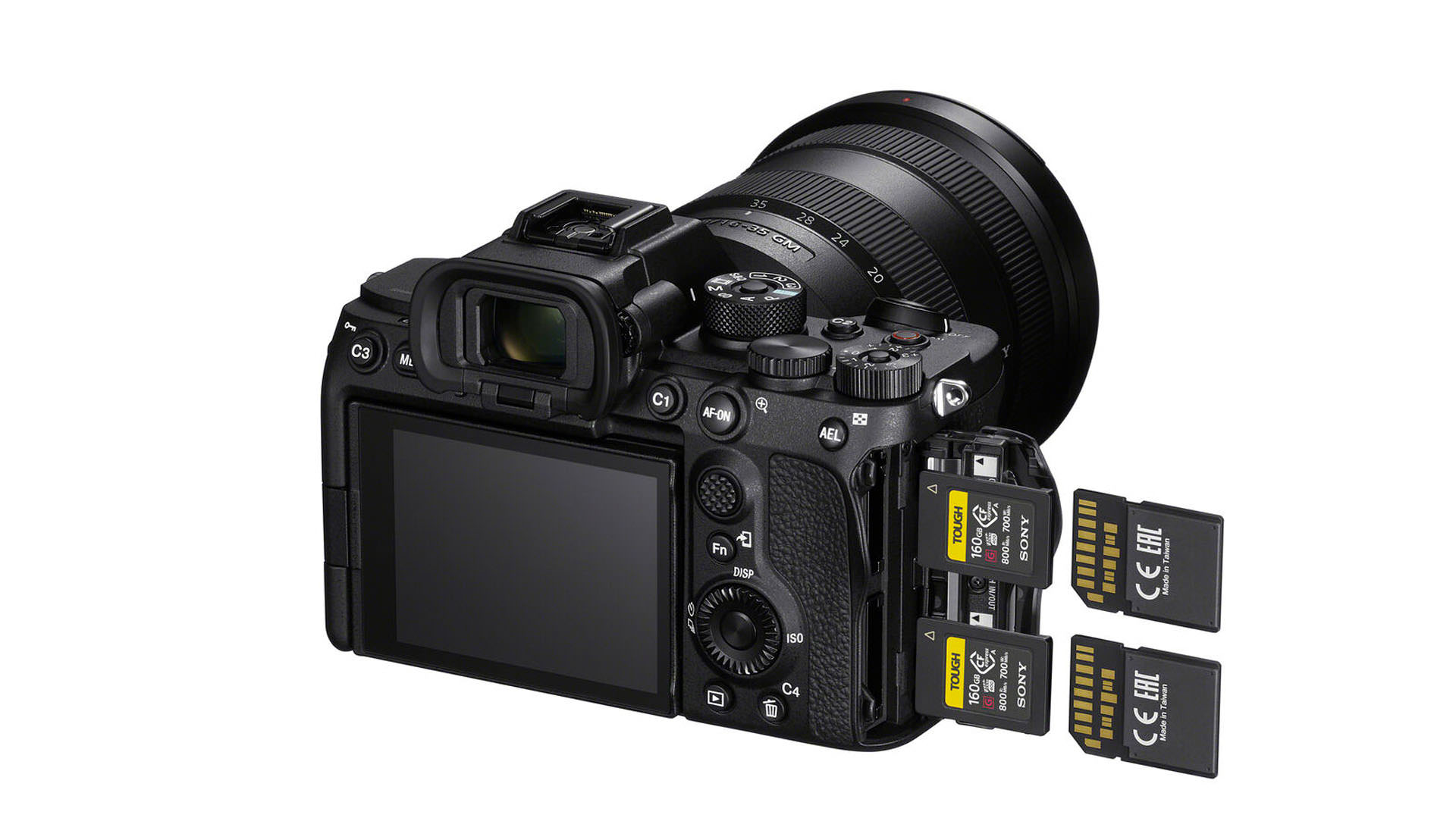 The Sony A7S III has two firsts. One, a turning and tilting screen is new to Sony. The other, an electronic viewfinder with the highest number of pixels, is even a first for the entire photography world. The screen is not special in itself, with 1.44 million pixels. It turns, tilts and – finally – is fully touch sensitive. Finally, the menus can also be operated via the screen, and you can swipe through your shots. You will find screens with these kinds of specifications from every brand, but now for the first time from Sony. 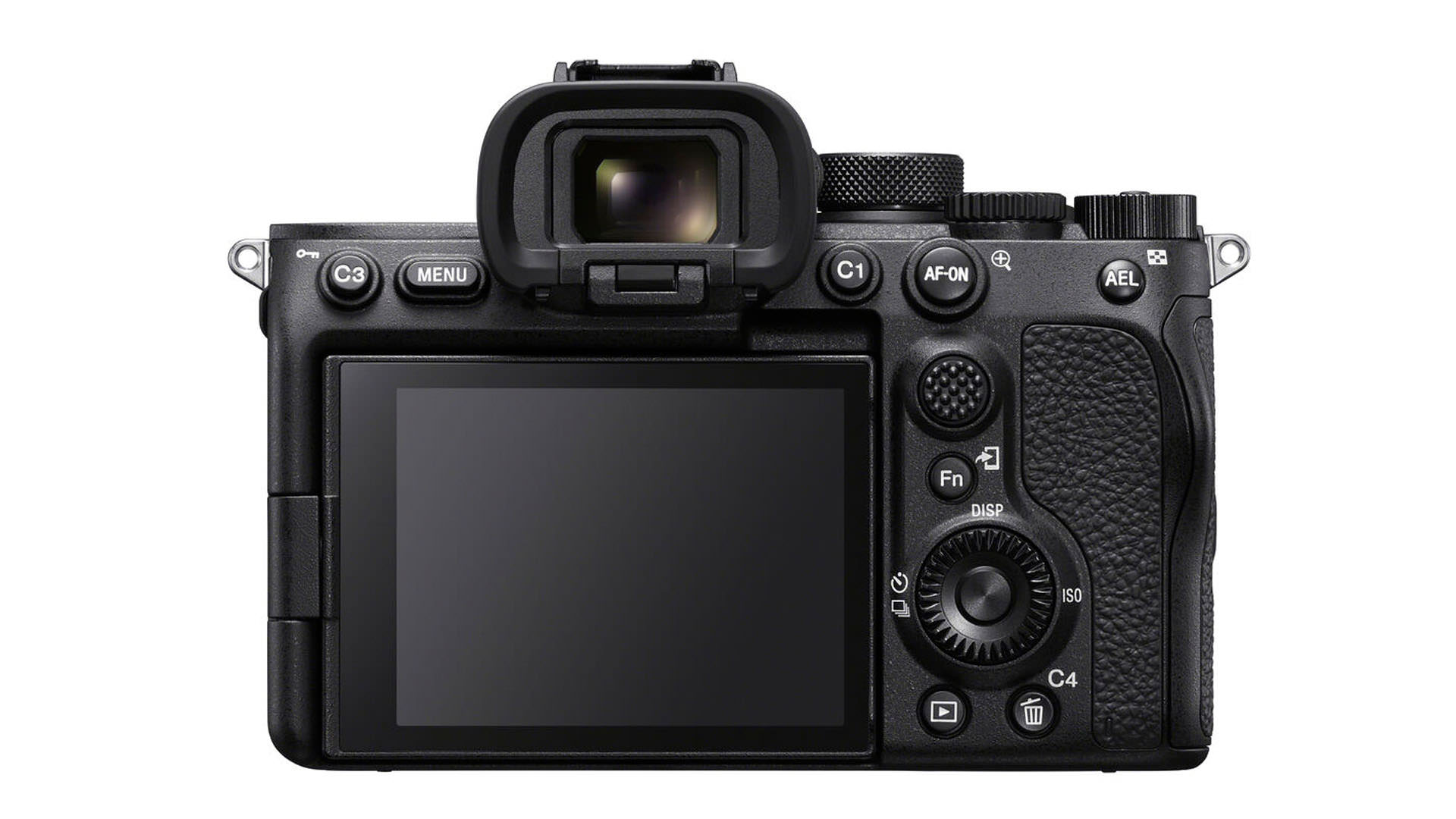 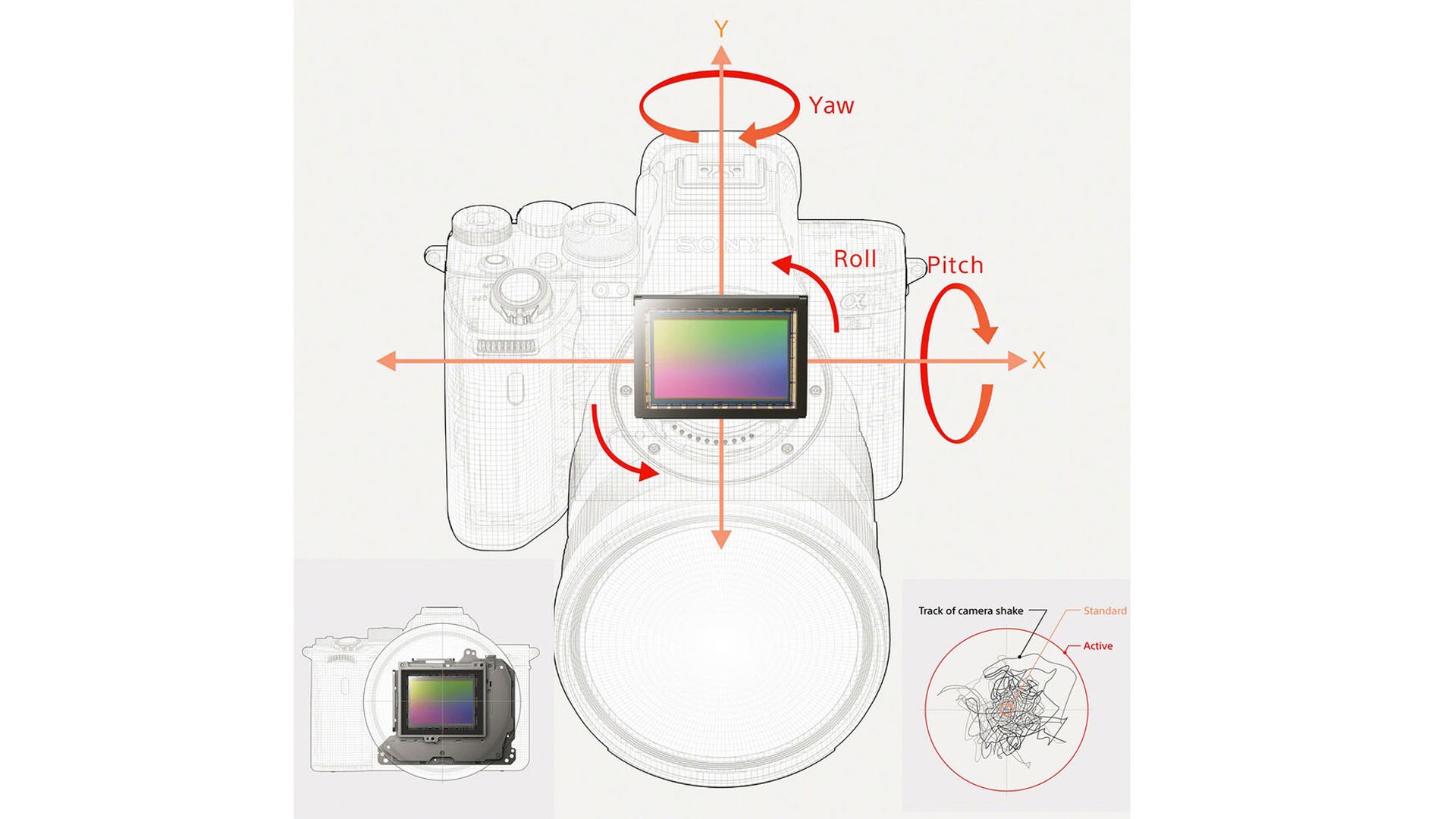 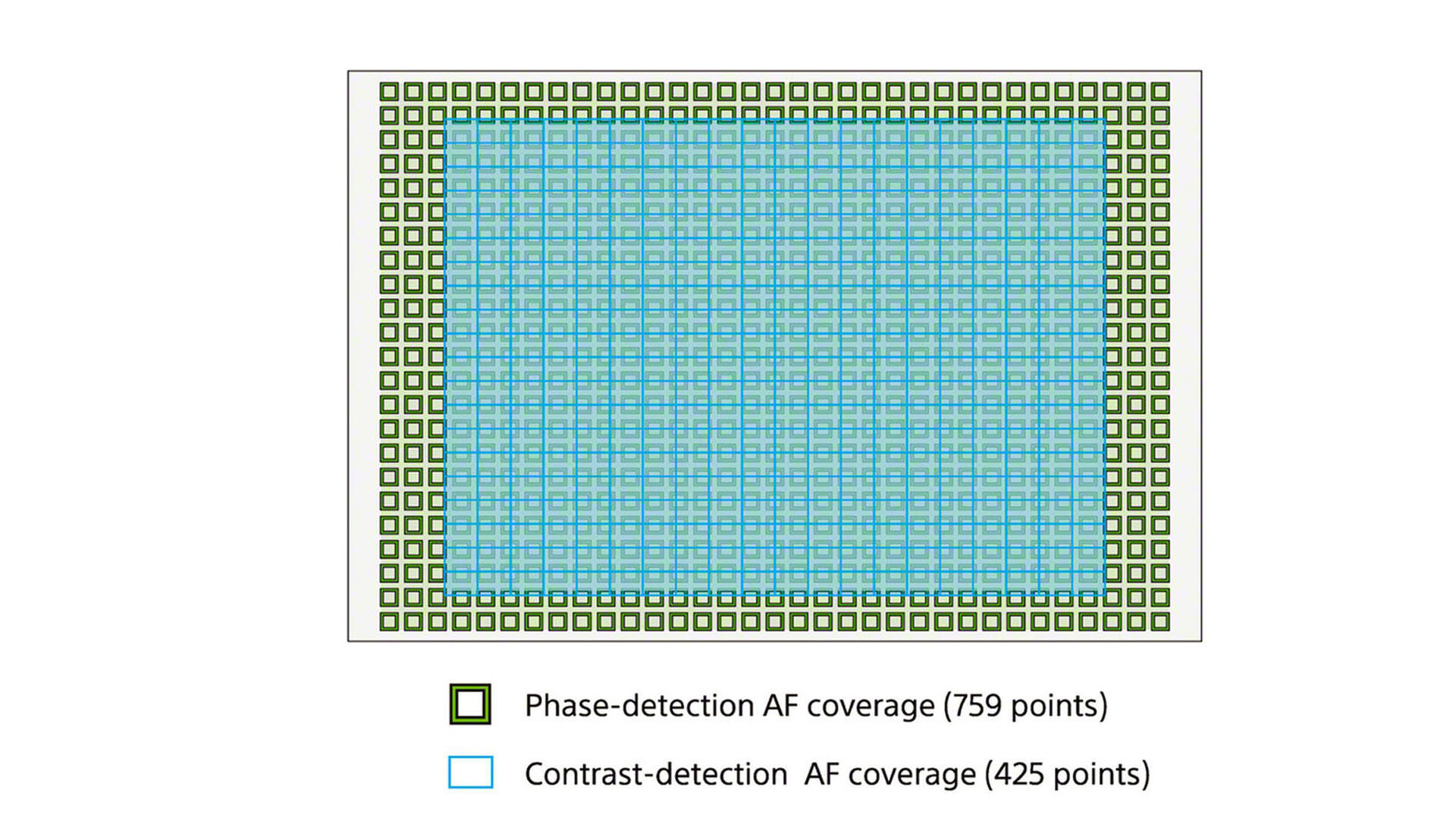 The previous A7S models did not yet have phase detection autofocus. The A7S III finally does. The A7S III has broadly the same autofocus system as, for example, the A7R IV, with 759 phase-detection autofocus points. All the innovations in recent years in the field of face and eye recognition are therefore also present on the A7S III, and you can also use most of them while filming. You can activate tracking and shift the focus via the touch-sensitive screen. 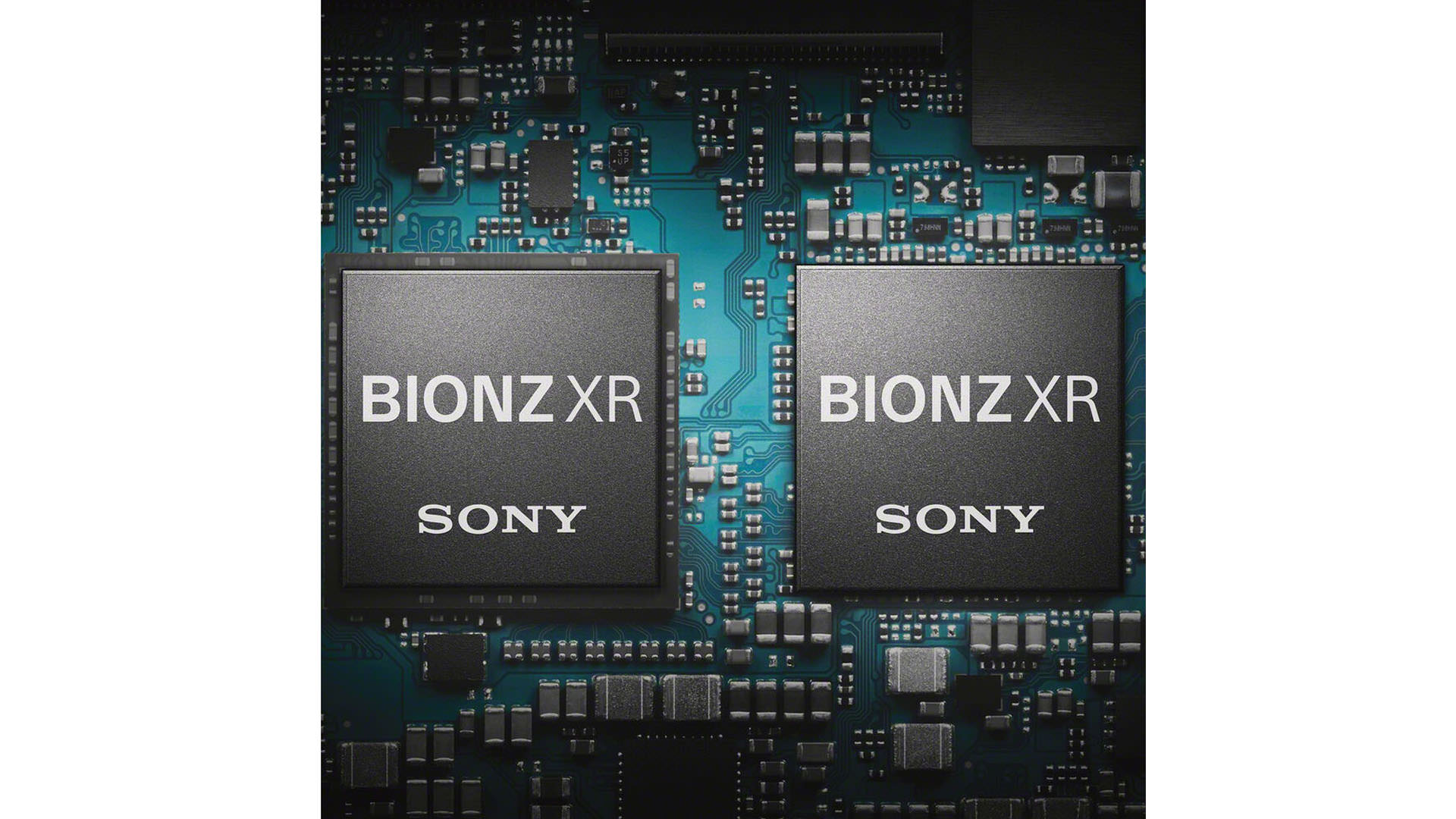 The 12-megapixel sensor has no more pixels than is strictly necessary for 4K video. It is also a BSI sensor. This makes the pixel size optimal. As with the previous A7S models, this should ensure excellent results at high sensitivities and good color rendering. The double Bionz XR processors and high read-out speed also ensure that rolling shutter hardly ever occurs. What the A7S III cannot do is use oversampling. In 4K, every pixel on the sensor is translated into a pixel in the shot. Whether this is an advantage for the image quality or not will be up to the sample images to reveal. Sensitivity ranges from ISO 80 to ISO 102,400 without expansion. At the lower end, that is a third stop extra and hopefully that also ensures a better dynamic range.

The A7S III is more of a video camera than a still camera. At the highest ISO settings, the A7S II did deliver slightly nicer photos with less noise than other A7 models, but the downside was that you never got the sharpness and detail that you could get with 24- or 42-megapixel cameras. For photographers who shoot almost exclusively for screen use, this may not be a problem, but many photographers would prefer to allow themselves some margin. As a video camera, the A7S III has no competition from other Sonys for the time being. For many videographers, the mere possibility of finally using S-log 3 in 10 bit will be a reason to take a serious look at this camera. And that 10 bit is also 4:2:2. Furthermore, the camera achieves seriously high speeds. Up to 60 frames per second in 4K without crop and up to 120 frames per second in 4K with a 1.1x crop. For filming in 4K, you can choose from both H.265 and the slightly less efficient H.264. In H.264 you do have the option to choose an All-I version, where each image is recorded separately. 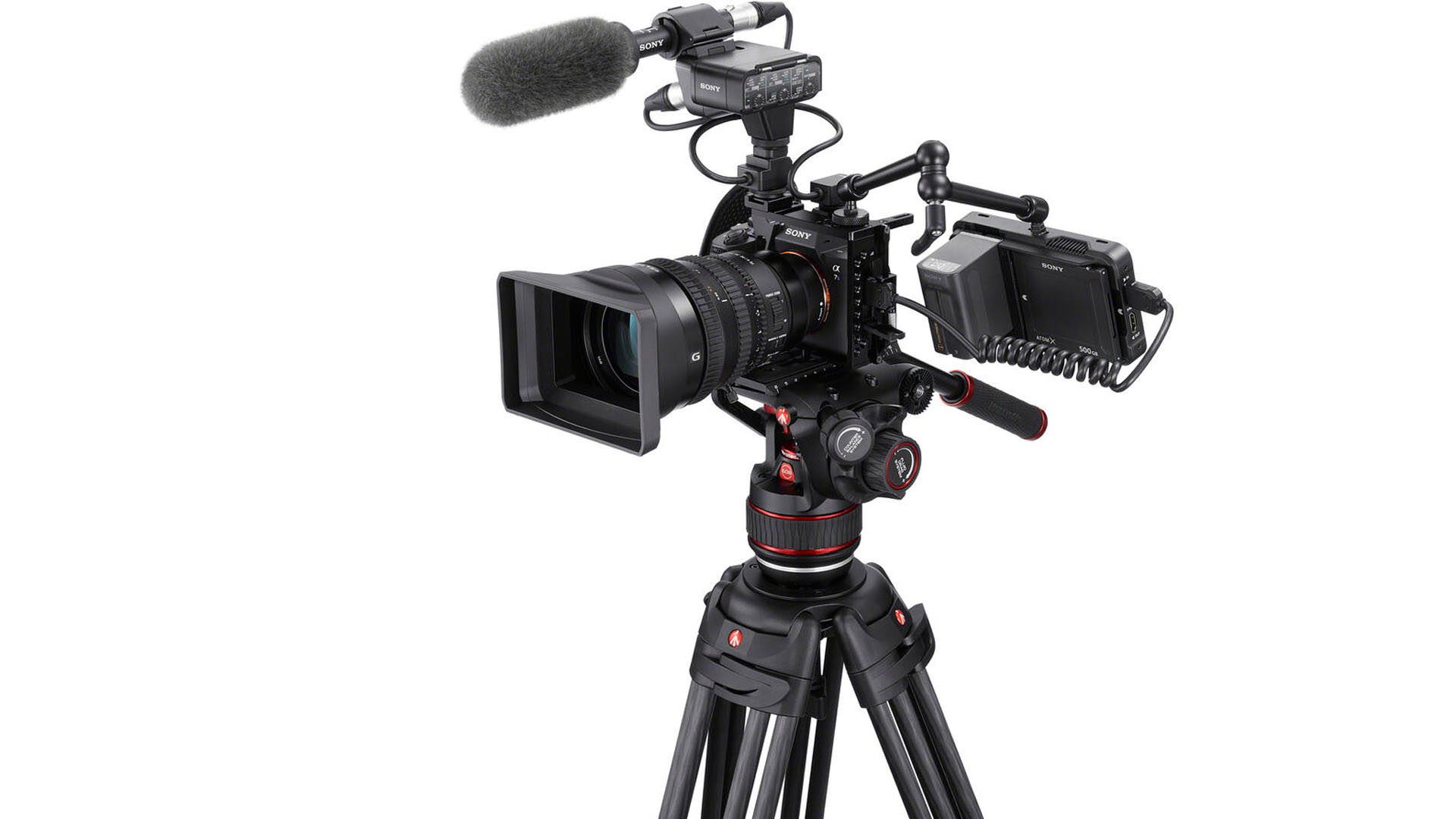 The camera can of course also film in Full HD. Then there’s no H.265 option, and in 120p, the 10-bit option is not available. The full sensor width is also used with Full-HD. The A7S III forms the Full-HD image by oversampling it from a 4K recording. That should improve the picture quality. A unique option that has been further announced by Sony is the option to export 4K images in 16-bit RAW via HDMI to an external recorder. 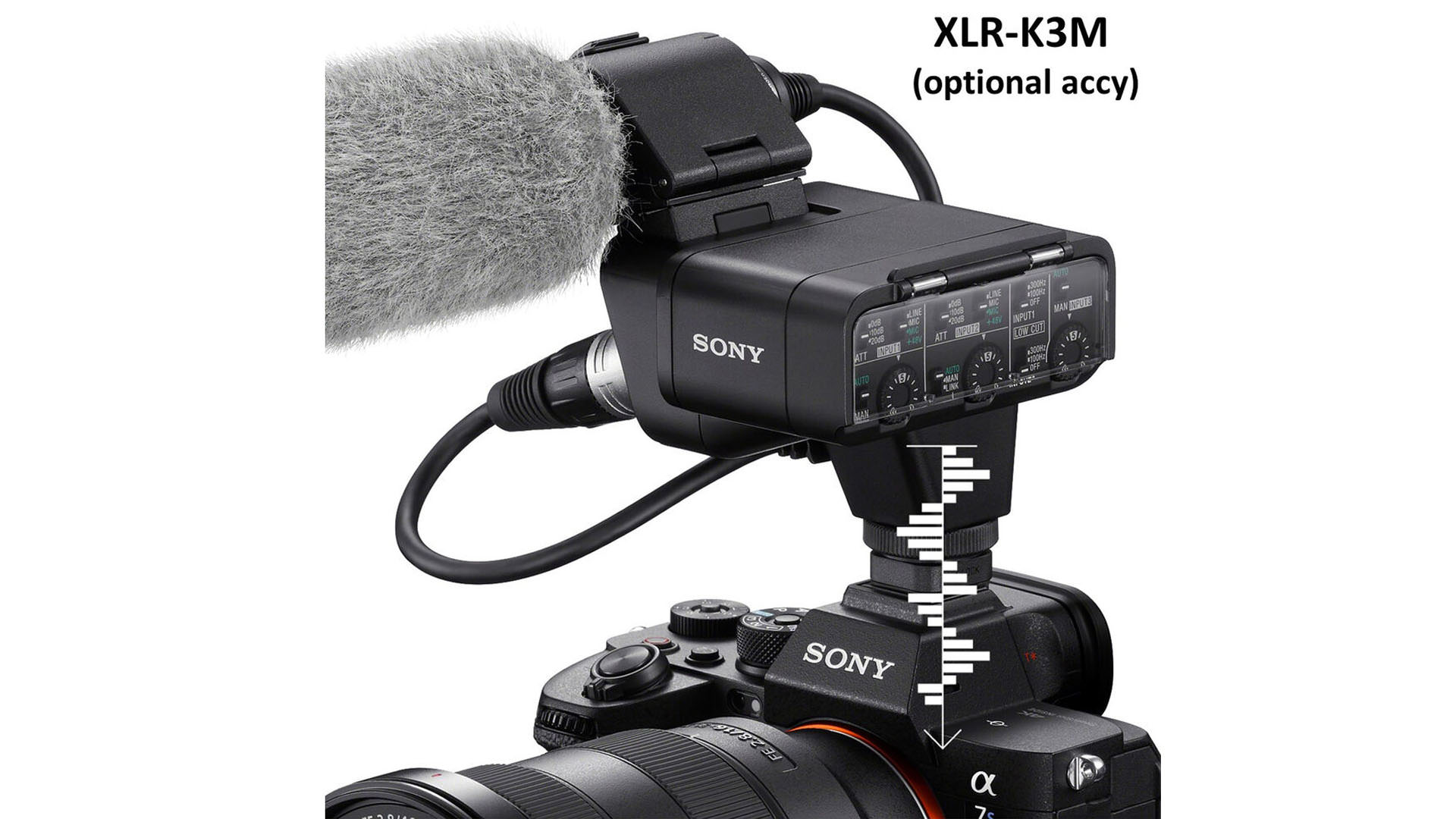 For the Sony A7R IV, Sony already introduced a microphone with which the sound could be directly digitally recorded. Sony has come up with another novelty for the Sony A7S III. With the A7S III, you can namely record audio on four channels using Sony’s XLR adapter. This allows interviews to be recorded directly in stereo. This can save a lot of audio editing for journalists, for example.

The Sony A7S III is full of innovations, big and small. One of these is the heat sink. It dissipates the heat produced by the sensor and the processors. It is a passive heatsink, which means that there is no fan running in the camera. The advantage of this is of course that the camera does not make any noise during filming. According to Sony, this should allow the camera to film continuously for at least an hour without overheating. 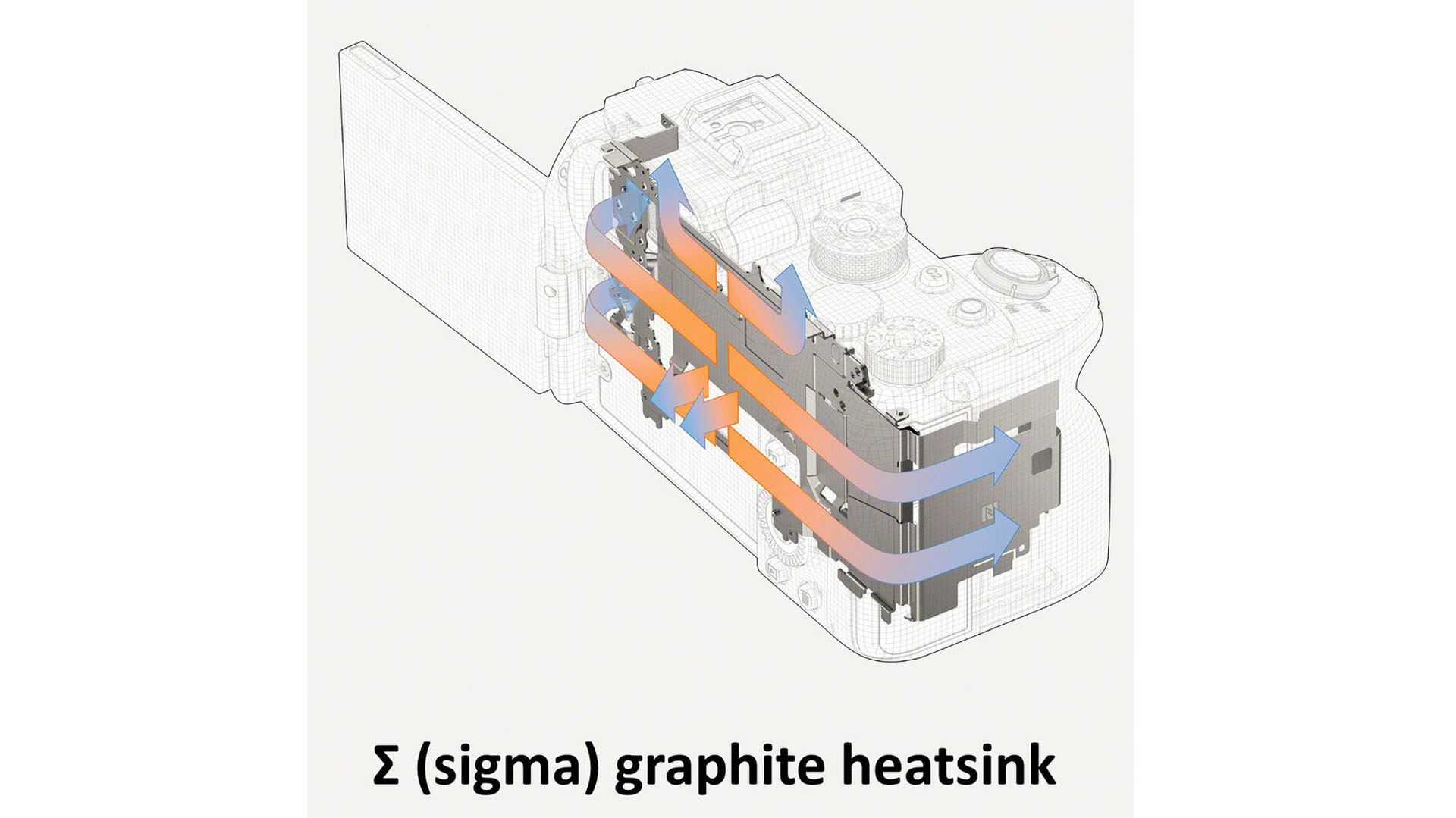 The A7S III also has a completely new menu. The menu structure of Sony cameras has been modified before, but has remained a point of criticism. That was only partly due to the large number of possible settings. It was also because the film and photography settings were not separated. If you wanted to film in a picture profile, you had to switch it back to a picture style if you wanted to take pictures. And back again to start filming. Since the menus on the screen weren’t touch sensitive, you literally had to press a button more than 20 times to change something that could have been done with three taps on the screen. That is all a thing of the past on the A7S III. The new menu has been given a vertical orientation with clearer submenus. As soon as you start filming, you will only see the options relevant to film, and the same applies for photography. And now you can finally operate the menus just by tapping the item you need. We hope… no, we assume that from now on there will no longer be a Sony system camera that still has the old menu. 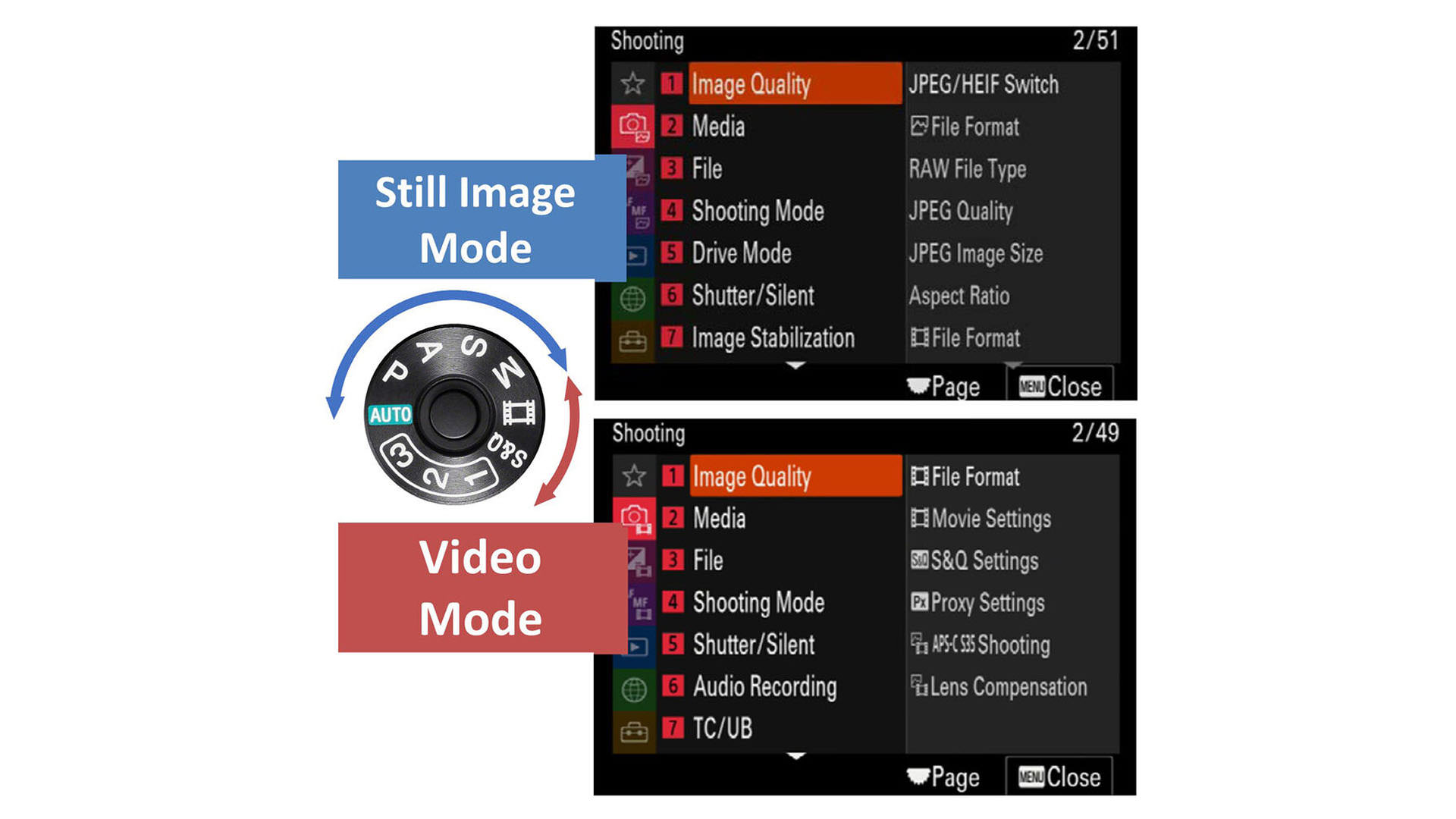 Another unusual option is the ability to use HEIF instead of jpeg. HEIF uses 10 bits, where jpeg is only 8 bits. This allows HEIF to store more data in a file. Canon previously introduced HEIF. There, the format is mainly used for HDR images. In the A7S III, you can use HEIF with any image style you want.

We have not yet been able to test the A7S III in practice, but hope to be able to do so as soon as possible. And of course we will publish the full test report here.

We hope to have the camera in our test lab soon and will then publish a full review.

The new Alpha 7S III full-frame camera will be available in the Benelux from September for € 4,200.