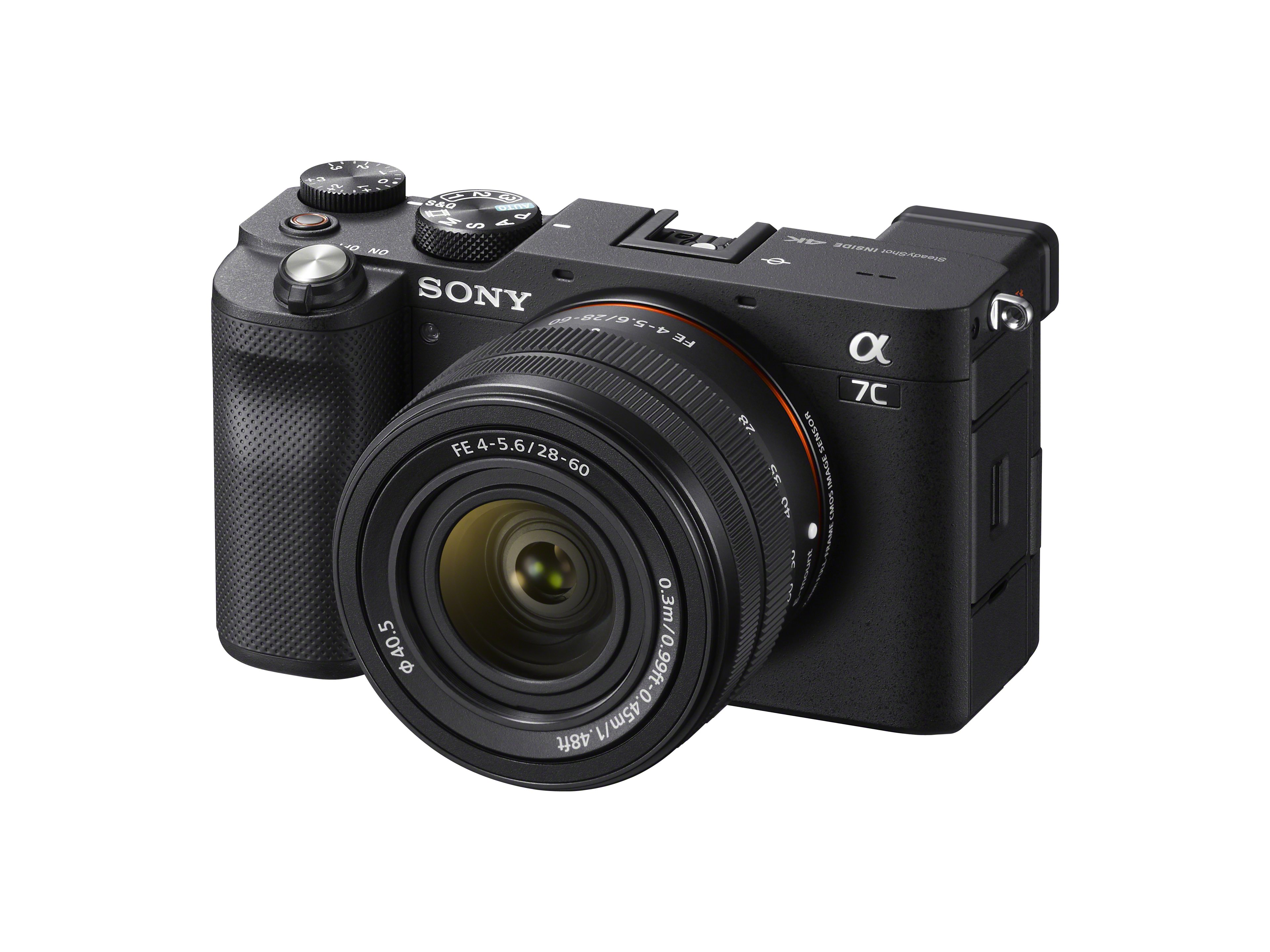 The full-frame system cameras from Sony have always been among the smallest on the market, but according to Sony there is apparently demand for an even smaller and lighter model. That’s the Sony A7C. You could describe these as the components of the Alpha 7III, packaged in a body that is slightly larger than the Sony A6600, a system camera with an APS-C sensor. The Sony A7C features a 24-megapixel Exmor CMOS sensor with BSI technology and a BIONZ X image processor, and it shoots in 4K resolution.

The Sony A7C measures only 124.0 x 71.1 x 59.7 mm and weighs 509 grams, a few grams more than the Alpha 6600. It is not the smallest full-frame camera on the market – that honor goes to the Sigma FP – but it is the smallest model with built-in image stabilization (IBIS). This compensates for camera movements over five axes, and offers a gain of 5 stops according to the CIPA standard.

The low weight is thanks to the magnesium alloy from which the camera body is made. The construction follows the “monocoque” principle with which Formula 1 racing cars are also built. This ensures a sturdy but light housing, with fewer seams through which water or dust can penetrate.

On the back is a 3-inch LCD screen with 921,000 pixels. It is touch sensitive and can be used to set the menu. The screen opens sideways and can then be rotated 180 degrees, so that vloggers can look at themselves.

The Alpha 7C also has an electronic viewfinder. Just as on the A6xxx series, it’s located on the left side of the body, as on a viewfinder camera, and not centrally, as on the A7 series. The viewfinder has the same resolution as that on the Alpha 7III (2.36 megapixels), but is considerably smaller (1 cm diagonal, magnification 0.59x). This seems to be the most important concession Sony has had to make to keep the body so compact. The Alpha 7C has a slightly smaller grip, but the large NP-FZ100 battery still fits into it. According to the CIPA standard, the Alpha 7C achieves 740 shots using the screen or 680 shots using the electronic viewfinder.

There are also differences with regard to operation. Where the Alpha 7 III has four knobs to adjust camera settings, the Sony A7C contains only three: a horizontal one on the back just below the top plate, a vertical one on the back next to the screen, and one on the top plate to set exposure compensation. Due to their position, you can control all three of these knobs with your thumb. A knob on the front that you can set with your index finger would have been more convenient.

The Sony A7C does not have a joystick to choose a focus point, but it does have an AF-ON button to start the autofocus. The Alpha 7C has only one slot for UHS-II memory cards. 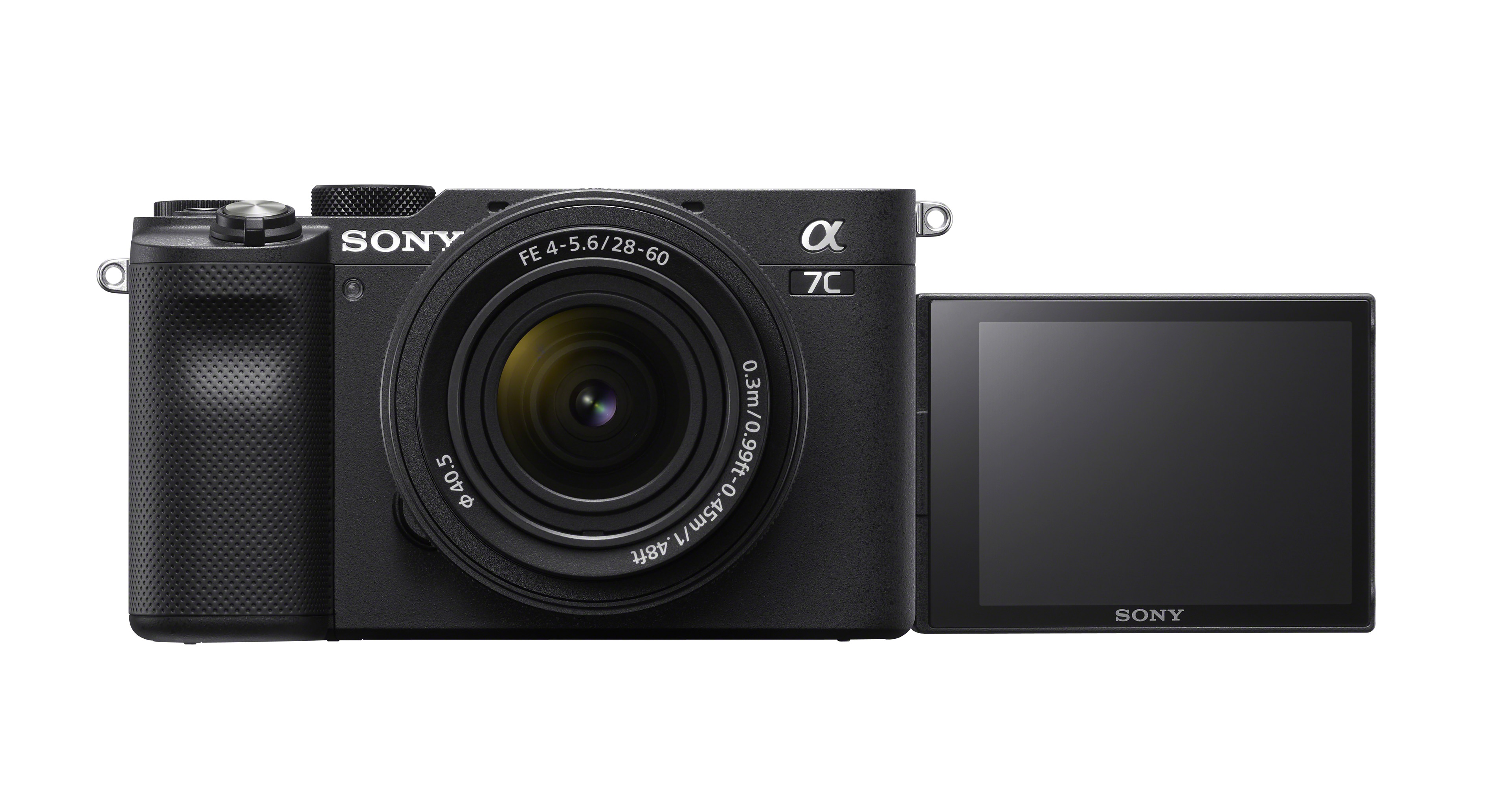 With the same sensor and image processor as the Alpha 7 III, the image quality of the Alpha 7C can be expected to be comparable. The standard ISO range ranges from ISO 100 to ISO 51,200 and can be expanded to ISO 50 – 204,800. The Alpha 7C also supports 16-bit processing and 14-bit RAW output.

Thanks to a newly developed shutter, the Alpha 7C takes series shots at up to ten images per second (Hi+), while maintaining autofocus and light metering. The Sony A7C maintains that high speed for up to 223 JPEG (Fine L) images, 115 compressed RAW images or 45 uncompressed RAW images.

The camera also uses autofocus with real-time eye recognition for video. In the menu, the AF transition speed can be adjusted in seven steps and the sensitivity to the AF subject in five steps, so that the autofocus does not “hunt” the subject too restlessly when filming. 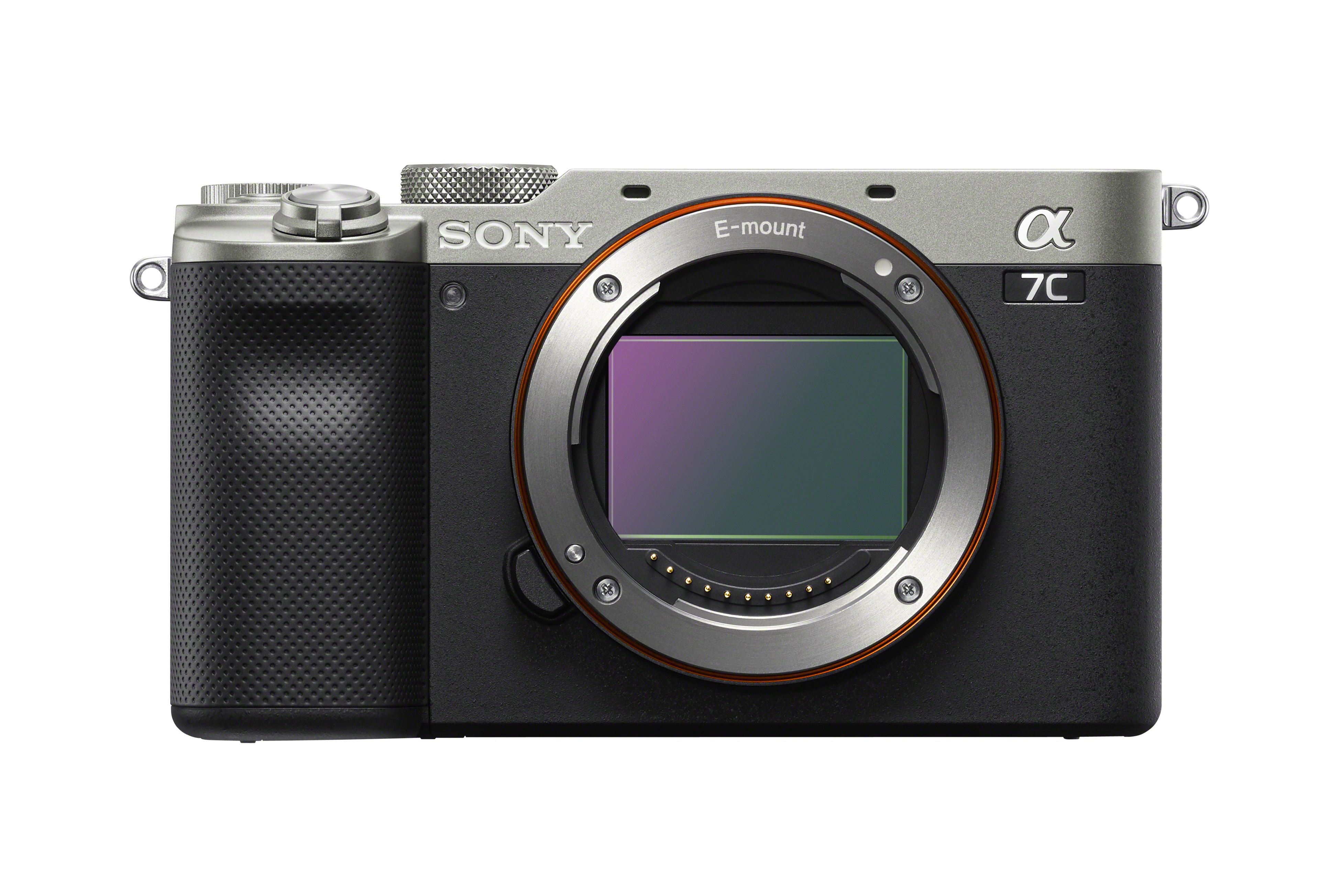 The Sony A7C uses Sony’s latest Real-time tracking AF technology and can recognize eyes (of both humans and animals). The camera tracks a subject as soon as the shutter release button is half pressed. If Touch Tracking is enabled, all you have to do is touch the chosen subject on the screen to select it.

A small lens fits with a small camera. Together with the Alpha 7C, Sony is therefore releasing the FE 28-60 mm F4-5.6, according to Sony the world’s smallest and lightest full-frame zoom lens. Just like the Nikkor Z 24-50mm F3.5-6.3, this lens has a telescopic construction, making it very compact when not in use (only 45 mm long). Before you use it, you have to extend the lens. Despite its compact size and light weight, the lens is dust- and moisture-resistant. It is compatible with filters with filter size 40.5 millimeters.

Thanks to three aspherical elements, aberrations over the entire zoom range are suppressed and high resolution is achieved to the edge of the image. The minimum focusing distance of 30 centimeters in the wide-angle range up to 45 centimeters in the telephoto range allows close-up photography.

As soon as we have a sample to test, we’ll test the camera. 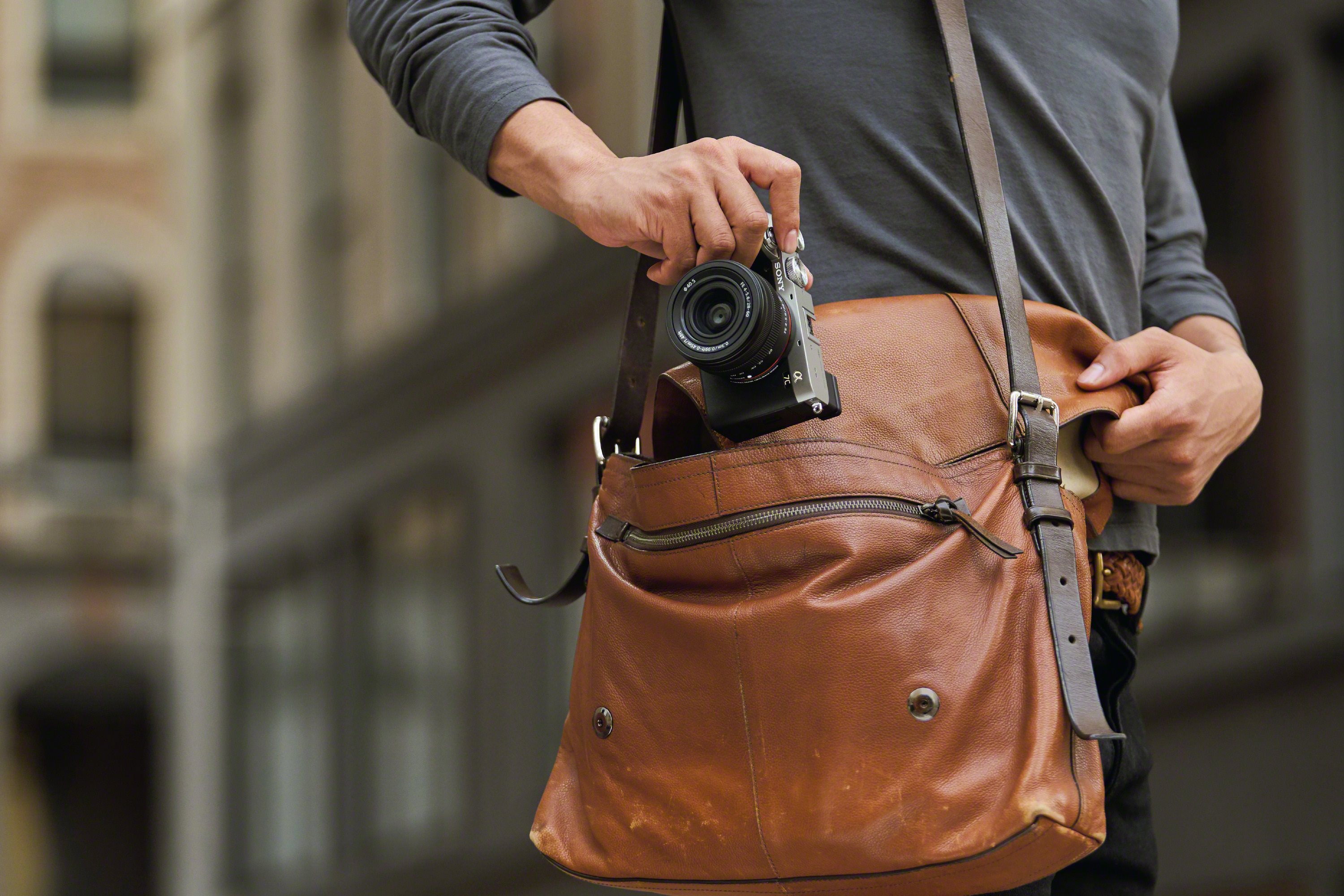 As soon as we have the … in our test lab, a complete review will follow.