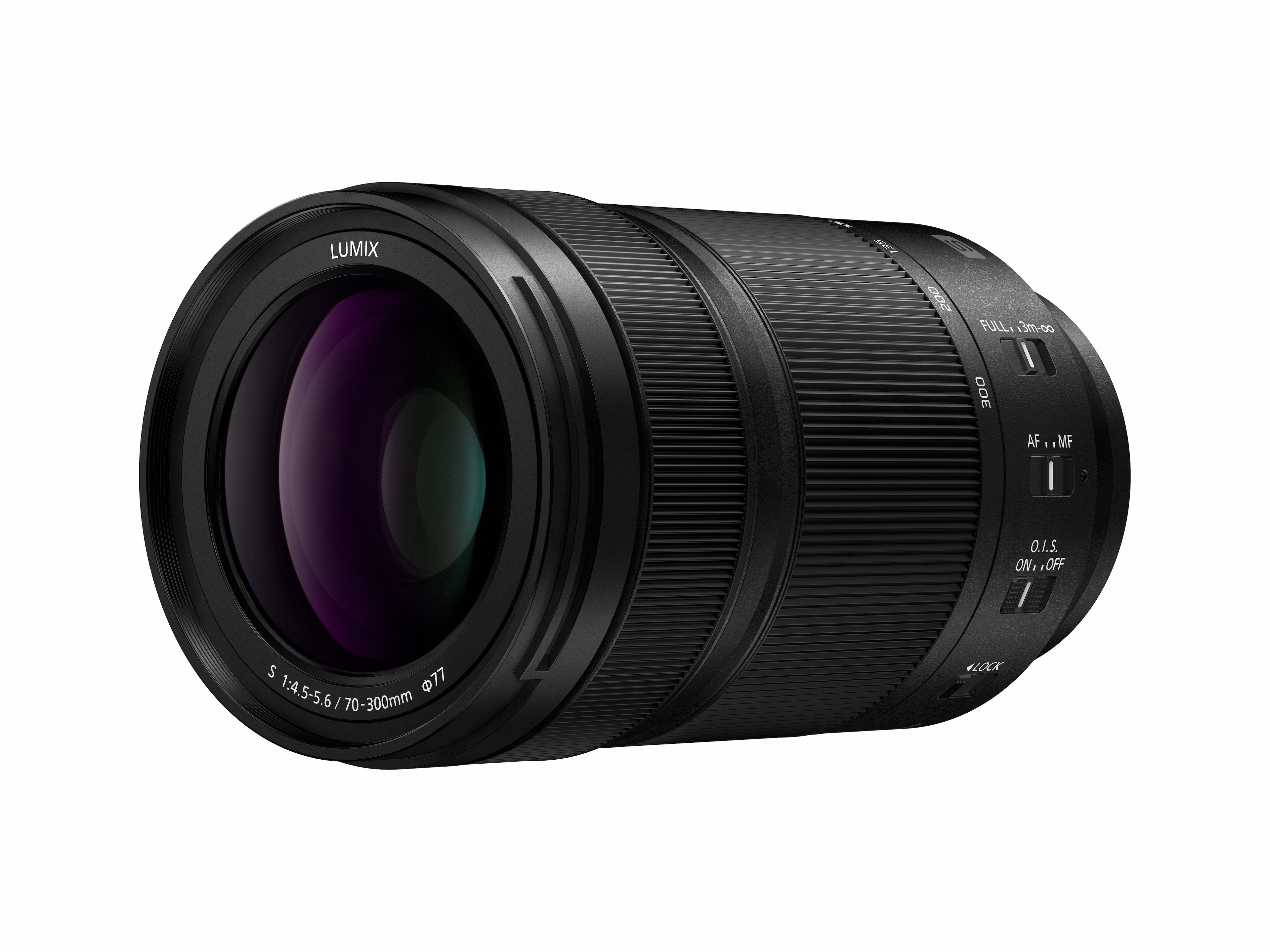 The Panasonic Lumix S 70-300 mm F4.5-5.6 Macro OIS is a telephoto zoom lens for cameras with the L Mount. In addition to compact size, this lens has a short minimum focusing distance. This makes it well suited for close-up shots.

A 70-300mm telephoto zoom lens appeared on the roadmap for Lumix S lenses in October 2020 and has now also been officially unveiled. The range of the Panasonic Lumix S 70-300mm F4.5-5.6 Macro OIS is larger than that of the existing Lumix S Pro 70-200mm F2.8 and F4 lenses, but without the constant aperture that characterizes those Pro lenses. Although the new Lumix S 70-300 mm F4.5-5.6 Macro OIS does not bear the Pro label, according to Panasonic it has been designed with the “demanding content creator” in mind.

The Panasonic Lumix S 70-300 mm F4.5-5.6 Macro OIS is compact and light, with a weight of 780 grams, a length of 148 mm and a diameter of 84 mm. When zooming in, the inner tube extends about 6 cm. The included lens hood with mount attachment adds an additional 6cm.

While not an S Pro lens, this new lens features a weather-resistant construction with seals at all points where moisture or dust might enter, including around the zoom mechanism. In the past, an extending lens tube was known as a dust magnet, but that is not the case for new generations. A fluorine coating on the front element helps to repel oil, dirt and moisture. The lens is designed to operate in freezing temperatures down to -10°C. It is a pity that it won’t be available until April, because that came in handy during the winter play in mid February. The filter diameter is 77 mm.

The Panasonic Lumix S 70-300 mm F4.5-5.6 Macro OIS contains an OIS (optical image stabilizer). In combination with the Body IS in the cameras from the Lumix S family, this results in a gain of 5.5 stops when shooting by hand. Panasonic makes no claims about the effectiveness of the image stabilization on other cameras with L Mount, such as the Leica SL or the Sigma fp.

The optical design includes 17 lens elements in 11 groups, including a UED (Ultra Extra-low Dispersion) lens element, two ED (Extra-low Dispersion) lens elements and a UHR (Ultra-High Refractive Index) lens element. That design is supposed to be able to suppress both axial chromatic aberration in the telephoto position and chromatic aberration in the wide-angle position. In particular, the UHR lens element, according to Panasonic, is supposed contribute to a uniform image quality from the center to the edges of the image, without making the lens really big. While zooming, 7 of the 11 groups can move.

The variable maximum aperture from F4.5 (zoomed out) to F5.6 (zoomed in) keeps the lens compact, but of course comes at the expense of brightness. Completely zoomed in, you have a full stop less light than you would with the Panasonic Lumix S Pro 70-200 mm F2.8 plus the Lumix 1.4x Teleconverter, but that combination is of course bigger, heavier and more expensive.

It is striking that Panasonic uses an aperture with 11 blades and not 9, as is usual in these types of lenses. The choice was made because Panasonic wanted to achieve a nice round bokeh effect over the entire zoom range. The optical design should ensure that the transition between sharp and blurry areas is very gradual, and that no ‘onion rings’ are visible in the light points in the background. 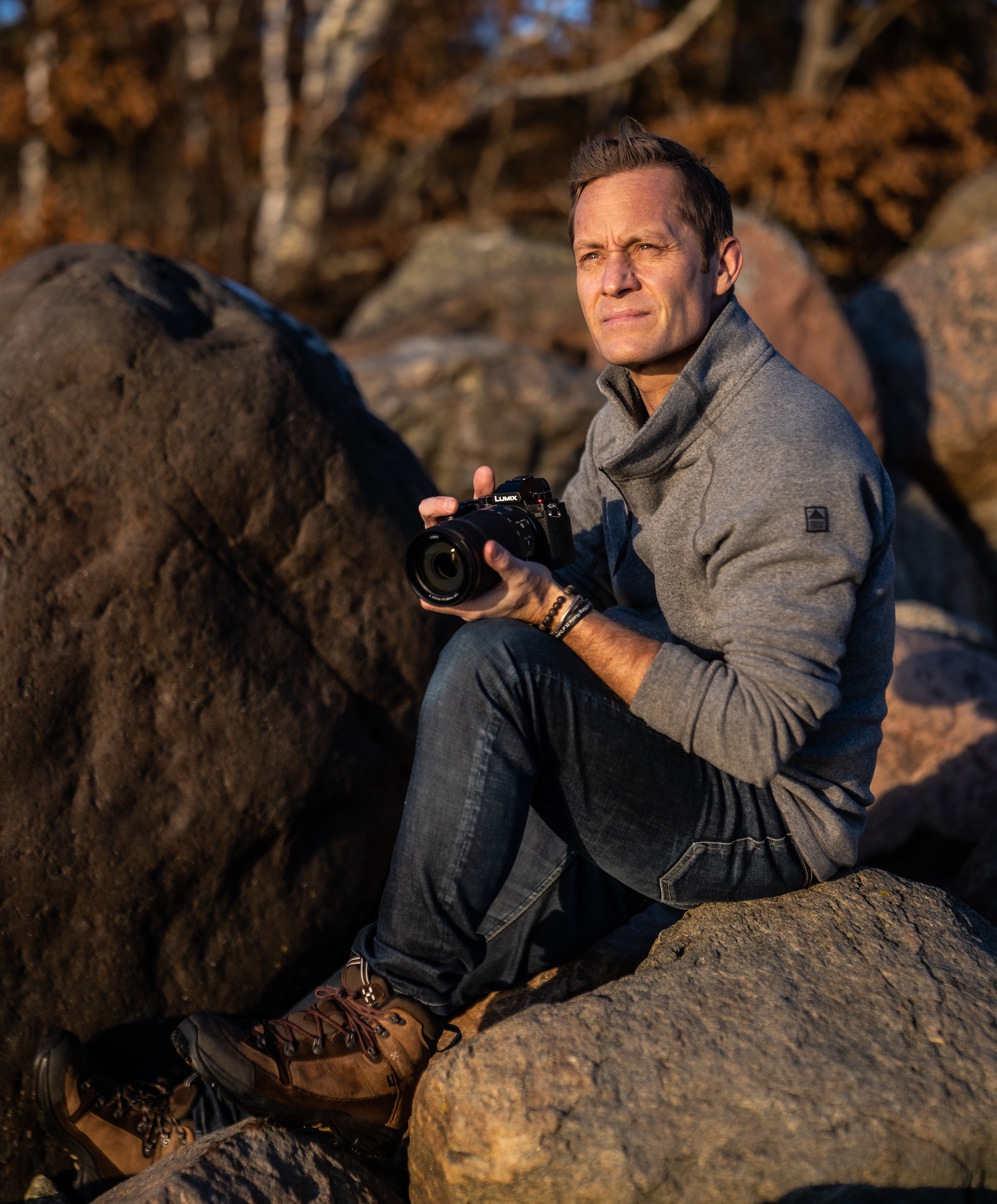 Also striking is the minimum focusing distance of this lens: from 54 cm in the 70mm position to 74 cm when you zoom in all the way to 300mm. The imaging scale is 0.5x, which means that an object is imaged on the sensor at half its actual size. Strictly speaking, that’s not macro (image scale 1:1), but it does allow close-ups of small objects such as flowers, jewelry and insects.

There’s also good news for videographers. Panasonic Lumix S 70-300mm F4.5-5.6 Macro OIS is designed in such a way that focus breathing is minimized. Focus breathing means that the field of view changes slightly when you shift the focus point. This is usually not a problem with photography, but if you want to move the focus in a shot while filming, it’s a nuisance. Focus shift during zooming is also suppressed, although it is not a full parfocal lens where the focus does not change at all when zooming in or out.

Panasonic is still working on new L-Mount lenses. Next in line are three fixed-focal length lenses with a fixed aperture of F1.8.