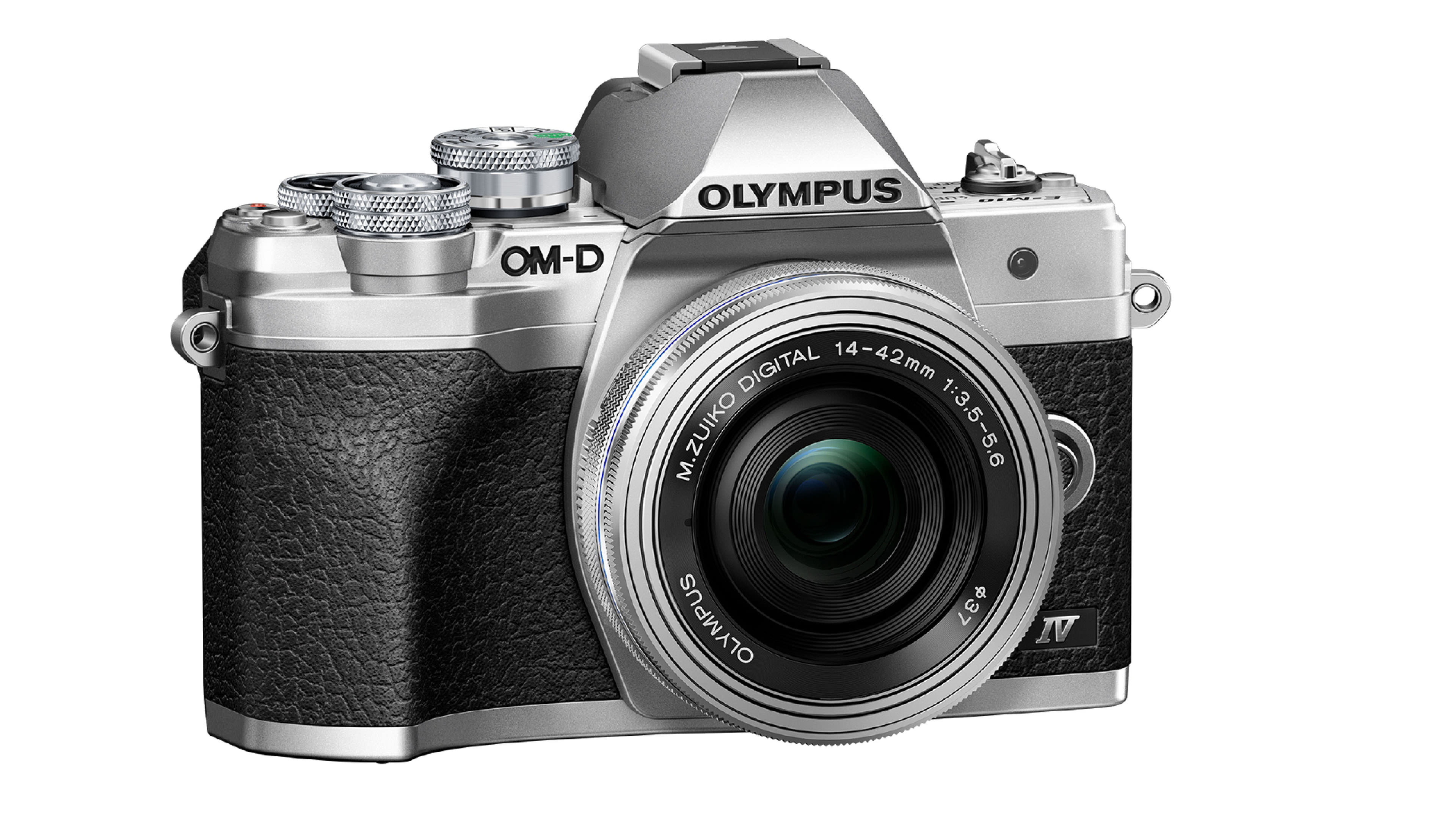 The Olympus OM-D E-M10 Mark IV is the next generation of Olympus entry-level model. The E-M10 Mark IV has a higher resolution sensor, a screen with which you can also capture yourself and improved connectivity. That makes this the Olympus for the blogger and vlogger who is looking for better image quality.

With a selfie screen and improved app, the Olympus OM-D E-M10 Mark IV is much better for social media use than its predecessor.

The arrival of the new Olympus OM-D E-M10 Mark IV is quite unusual. Micro Four Thirds has been declared dead as a system several times, and after the sale of the camera division by Olympus to Japan Industrial Partners, many people on social media were certain: Olympus was the first victim of the declining demand for cameras. Olympus itself completely denies that the sale means that the brand will disappear from photography. The value of those denials will become clear in the years to come. For the time being, Olympus is still steadily introducing new cameras and lenses, and for the time being there is no deviation from the most recent “lens road map”. Of course, these are models whose development was already largely completed before sale, but it is in any case good to see that a lot can be expected from Olympus in the near future. 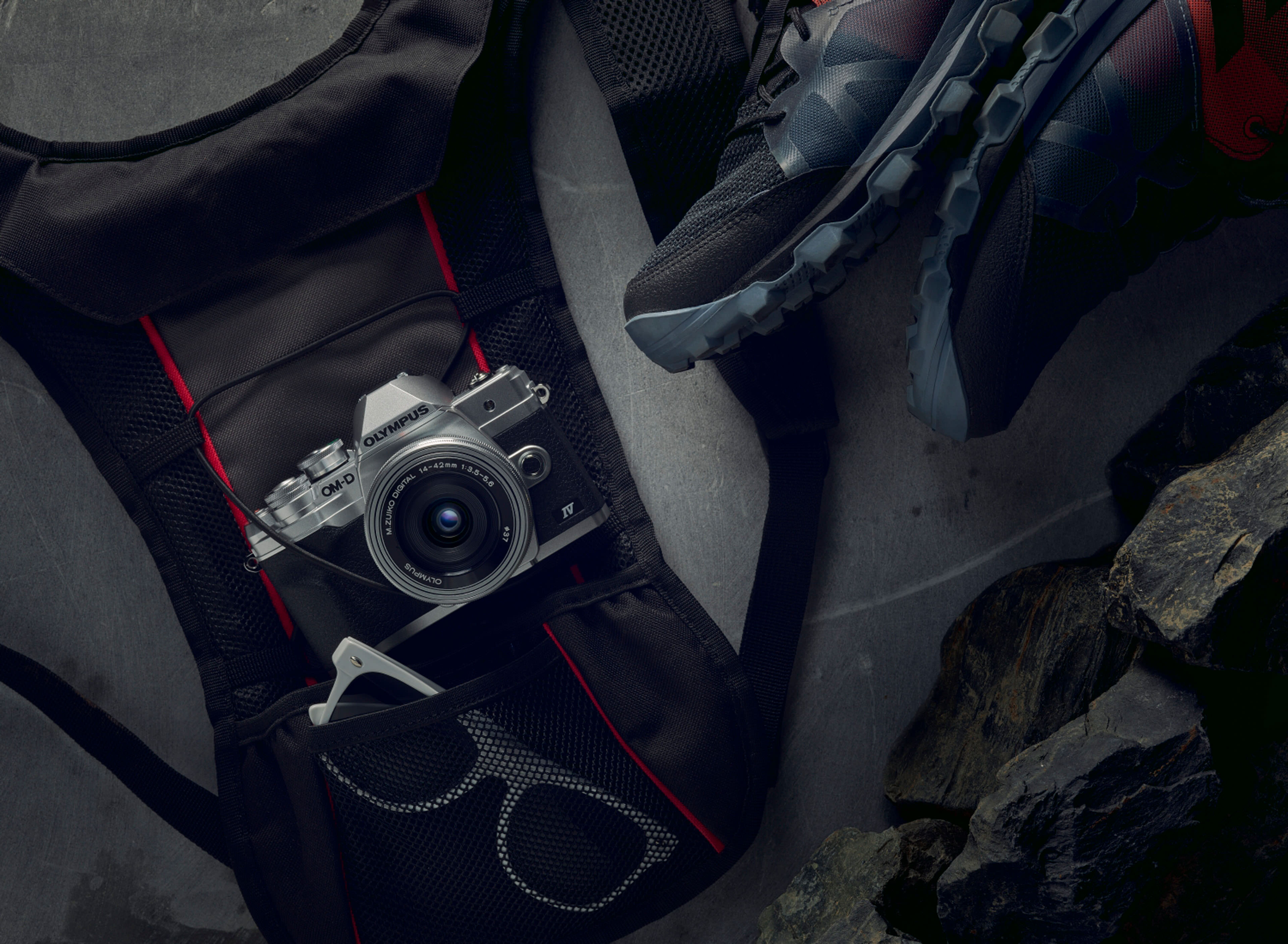 With the Olympus OM-D E-M10 Mark IV, Olympus is explicitly aiming at a target group of young photographers who want more image quality but no more weight or volume. This is a target group of photographers who want to easily share their images on social media and do not want to compromise on ease of use. When it comes to image quality, the Olympus OM-D E-M10 Mark IV certainly offers it, thanks to the 20-megapixel sensor. This puts the E-M10 Mark IV on the same level as the top models from Olympus (and Panasonic). The new screen can fold all the way down for selfies and vlogging. That design is less useful if you want to put the camera on a tripod, but the E-M10 Mark IV is actually not intended for that. Thanks to the good built-in image stabilization and the low weight, this is a camera that you want to use by hand. The app for the E-M10 Mark IV has also been improved, and the camera has the ability to remain continuously connected to a smartphone via Bluetooth. This allows captured images to be sent directly to your phone continuously, and you can share them whenever you want. 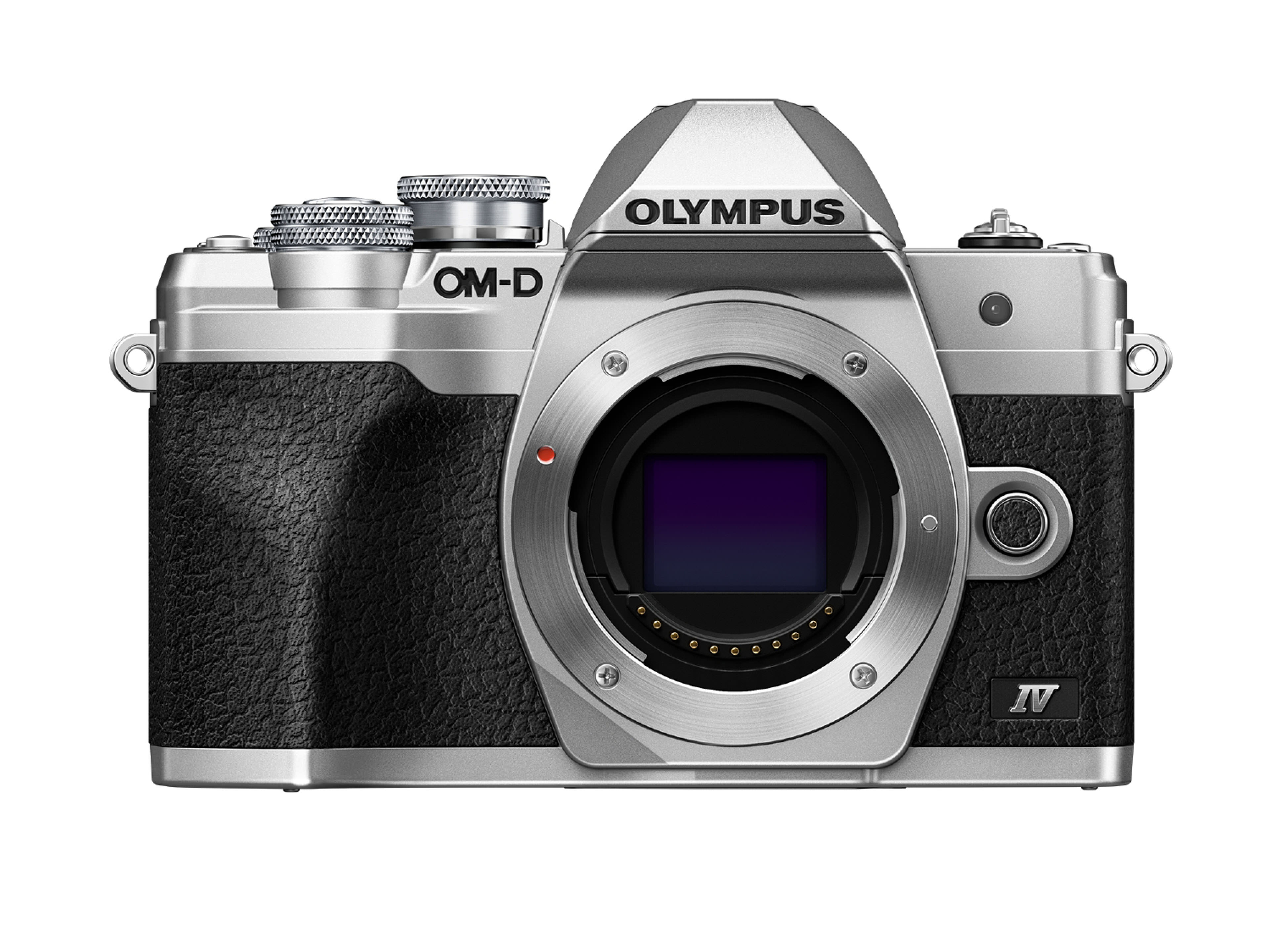 The Olympus E-M10 Mark IV is light and small, just like the previous E-M10s. Compared to the small Panasonic Lumix G100, it is slightly wider, but it is clearly smaller than the (already not that big) E-M5 Mark III. It’s also light, at 383 grams for the body. With the 14-45 mm M.Zuiko pancake zoom lens, the complete set weighs less than 500 grams. A lot of plastic has been used for the body. Compared to the E-M5 and E-M1 models, the E-M10 Mark IV also lacks the extra seals against moisture and dust. This is the only Olympus with which you have to be careful when it really starts to rain. 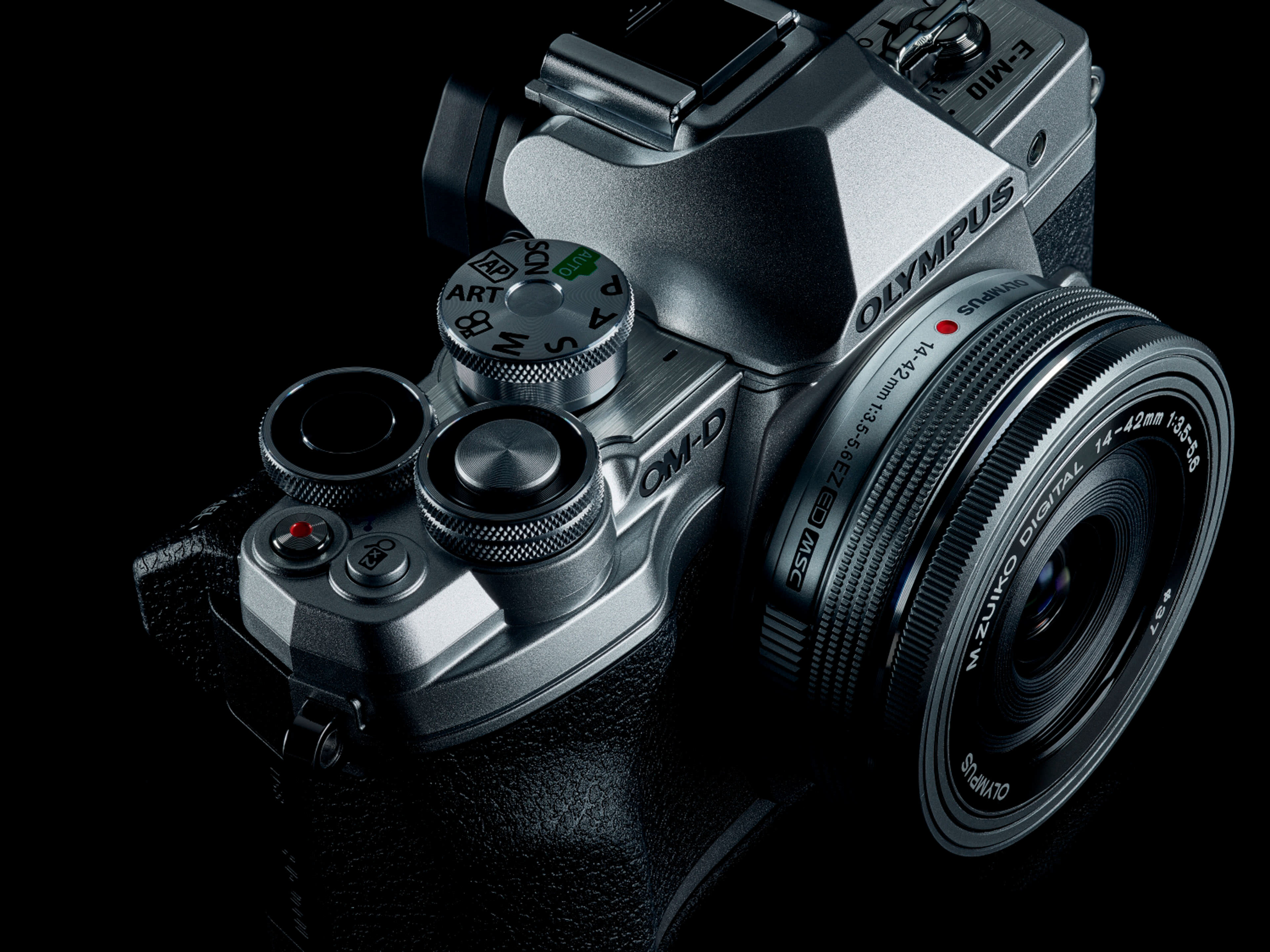 Despite its small dimensions, the camera has everything you could wish for in terms of controls, and the ergonomics are surprisingly good. There are just two control dials and a separate button for selecting the recording mode on the top cover. The grip on the front has become a bit firmer compared to the previous model, and an extra grip has also been created at the back. That certainly comes in handy if you want to use the camera backwards for taking selfies. The biggest difference in the construction of the camera is in the screen, which can fold down completely for the first time on the Mark IV. That means you can see yourself when you are in front of the camera.

The Olympus OM-D E-M10 Mark IV has a 2.36-megapixel viewfinder. For the high-end E-M1 models, we now find this on the low side, but for an entry-level model, it’s a great viewfinder with good resolution. Color and brightness can be adjusted manually, which is a great option. The 7.6 cm screen has 1 million pixels. That’s acceptable. It is touch sensitive when you want to set the menus, and you can use it to choose an autofocus point as long as you are not looking through the viewfinder. The big news here, of course, is that the screen can be folded down completely, so you can see yourself when you want to take a selfie or vlog. This construction is less useful if you use a selfie stick or put the camera on a tripod. But it’s an option that its predecessor didn’t have at all. And Olympus assumes that this is a camera for photographers who prefer not to go out with a tripod.

The Olympus OM-D E-M10 Mark IV still has the same contrast detection autofocus on paper as its predecessor, E-M10 Mark III, with 121 autofocus points. According to Olympus, the algorithms have been improved to bring the performance closer to the phase detection systems that we find in the current E-M5 and E-M1 models. The E-M10 Mark IV thus has improved face and eye recognition that should also work with faces in profile.

The Olympus OM-D E-M10 Mark IV has received the same 20-megapixel sensor that we also know from the E-M5 Mark III and the E-M1 Mark III. That means that the camera has 25% more pixels than its predecessor, and that’s a difference that will be visible. Of course, the E-M10 Mark IV does not have the high resolution options of the more expensive models, but the image quality without these kinds of advanced modes is therefore comparable to the other Olympus cameras. 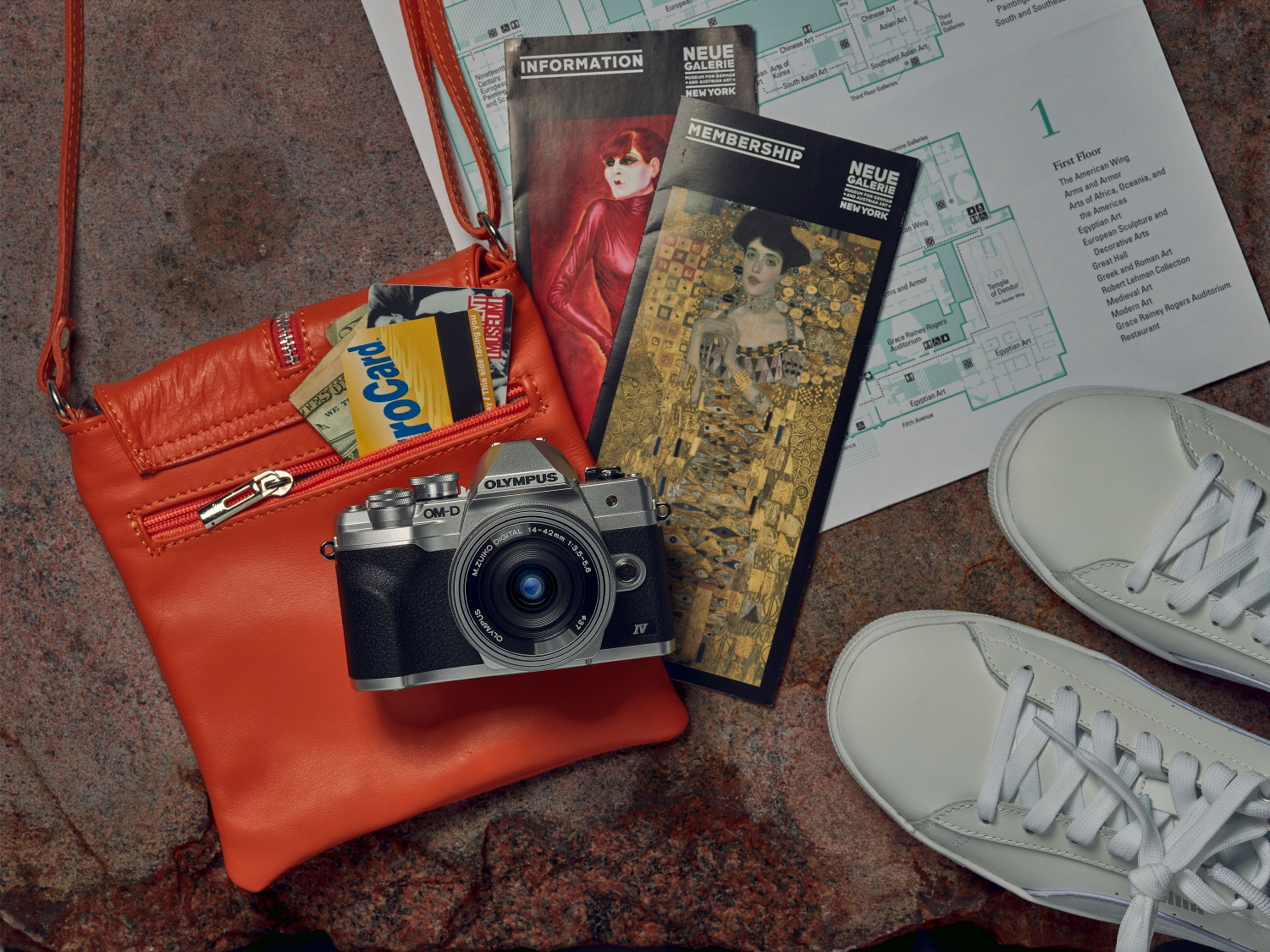 An important trump card of the Olympus OM-D E-M10 Mark IV is of course the good built-in image stabilization. That ensures that virtually every lens that fits on the camera is stabilized with or without an adapter. This gives the E-M10 Mark IV an advantage over the Lumix G100 from Panasonic. The stabilization is good for a gain of 4.5 stops by CIPA standards. That’s slightly less than on the best models from Olympus but still a good result.

The Olympus OM-D E-M10 Mark IV is not marketed as a real vlogging camera, like the recently introduced Sony ZV1 or the Panasonic Lumix G100. The camera has no special built-in microphones and no log profiles. Those microphones are a problem, because the E-M10 Mark IV has no input for an external microphone. What the E-M10 Mark IV does have is good, built-in image stabilization. And that offers advantages. Firstly, you do not need electronic image stabilization to get a good, quiet video image when you are vlogging and walking at the same time. A 12 mm lens, such as the excellent Olympus M.Zuiko 12 mm f/2.0, works fine for filming yourself and getting some background blur. Or you can opt for the Olympus M.Zuiko 9-18 mm f/4-5.6 wide-angle zoom if you want a wider field of view. Neither have image stabilization, but it’s not necessary, because the camera has it.

As soon as we have a copy to test, we will publish a full review of the camera.

The Olympus OM-D E-M10 Mark IV will be available from mid-August. The expected list price is € 699.00