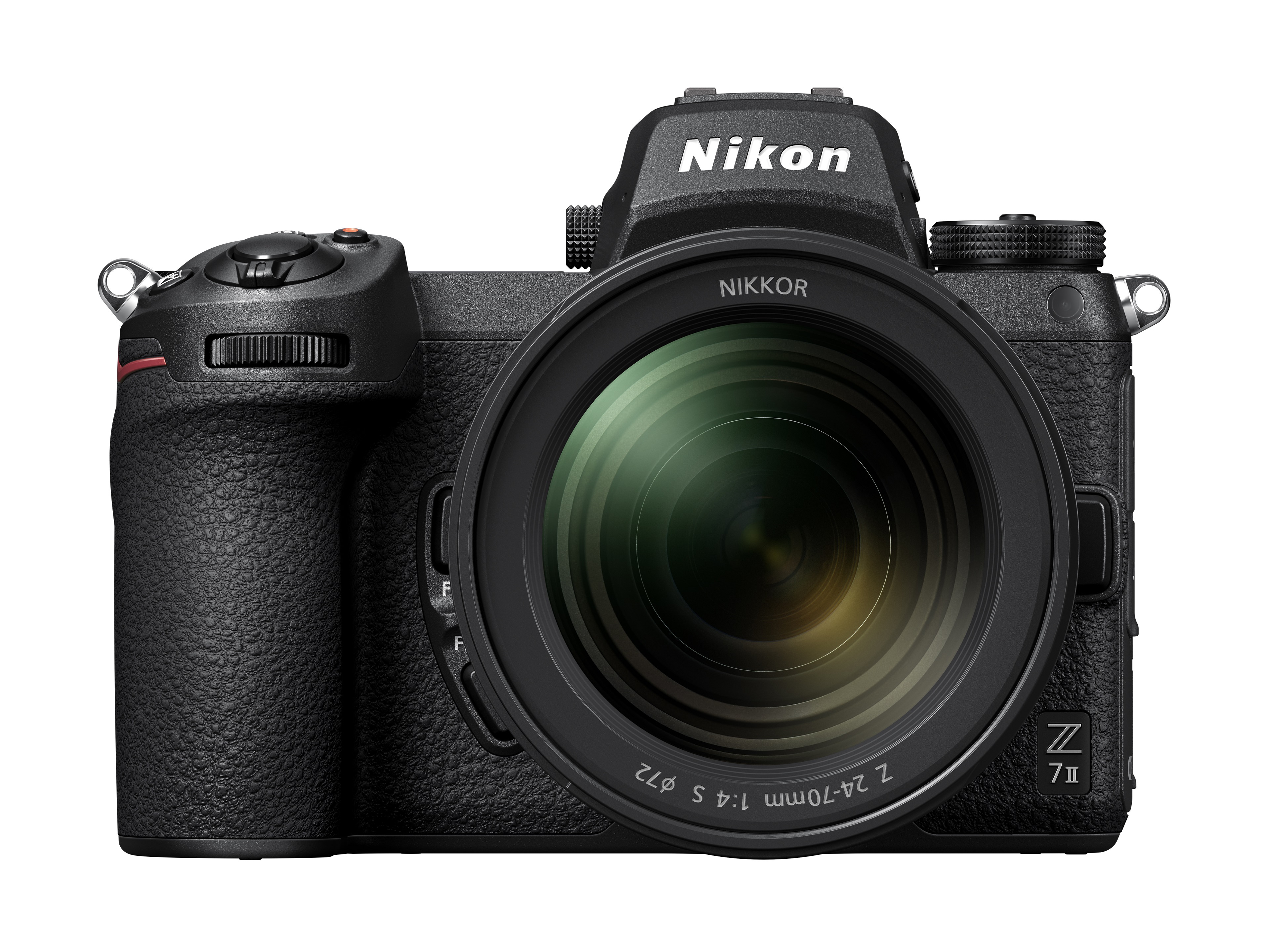 The Nikon Z 7II is the new top model with full-frame system cameras from Nikon. The successor of the Z 7 has the same resolution of 46 megapixels but now contains two EXPEED 6 processors, has faster and deeper buffer memory, and contains two card slots that accommodate one UHS-II SD and one XQD or CFexpress card.

The Nikon Z 7II has the same resolution of 46 megapixels as the Z 7, but is much more powerful thanks to a double image processor and more buffer memory.

The name Z 7II already indicates that we cannot expect revolutionary changes on this new full-frame system camera. The Z 7II retains everything that was good on the Z 7 and builds on it. The resolution remains at 46 megapixels (8256 x 5504 pixels) thanks to a backside-illuminated (BSI) CMOS sensor with a native ISO range of ISO 64 to 25,600. However, the Z 7II now contains two EXPEED image processors. Among other things, this extra computing power translates into a higher series speed. In Continuous H (Extended), the Z 7II can now take 10 shots per second, compared to 9 per second for the Z 7. Thanks to a faster and larger buffer memory, it can also last 3.3 times longer than the Z 7. You can now capture 200 JPEG images with full resolution or 77 12-bit uncompressed RAW images.

The appearance of the Z 7II hardly differs from the Z 7. The two cameras are exactly the same size (134 x 101 x 70 mm), but the Z 7II is slightly heavier. The Z 7II comes with an EN-EL15c battery instead of an EN-EL15b. This offers more shots per charge: 420 on the Z 7II, compared to only 330 on the Z 7. This battery can be charged in the camera via a USB-C cable. This way, the camera can also be continuously supplied with power: ideal when making time-lapse recordings.

The Z 7 received a lot of criticism on internet forums because it contains only one memory card slot. It is only a question of how far that really is a problem; at least Nikon listened to the criticism, and the Z 7II has a second memory card slot. In addition to a CFExpress (Type B) slot, this is an SD (UHS-II) slot.

Another criticism of the Z 7 was the lack of an optional vertical grip. Nikon answers this with the optional battery grip MB-N11. This contains buttons to operate the Z 7II. The batteries in the MB-N11 can be changed without switching off the camera.

The double EXPEED processors also ensure better autofocus performance. Improved light sensitivity of the AF detection range ensures that the Z 7II can focus even in low light. The Eye and Face Detection AF now also work in Wide-Area AF (L) mode, so the camera will focus directly on people in the scene.

The eye detection now also works when filming. The video capabilities were boosted by adding a 60 fps (50 fps IN PAL) frame rate when filming in 4K resolution. In 4K resolution, the Z 7II does apply a light crop (1.08x).

The Z 7II will be available at the end of 2020 at a recommended price of €3399. As soon as we receive a test device, we will publish a full test.

The Z 7II will be available at the end of 2020 at a recommended price of €3399. As soon as we receive a test device, we will publish a full test.