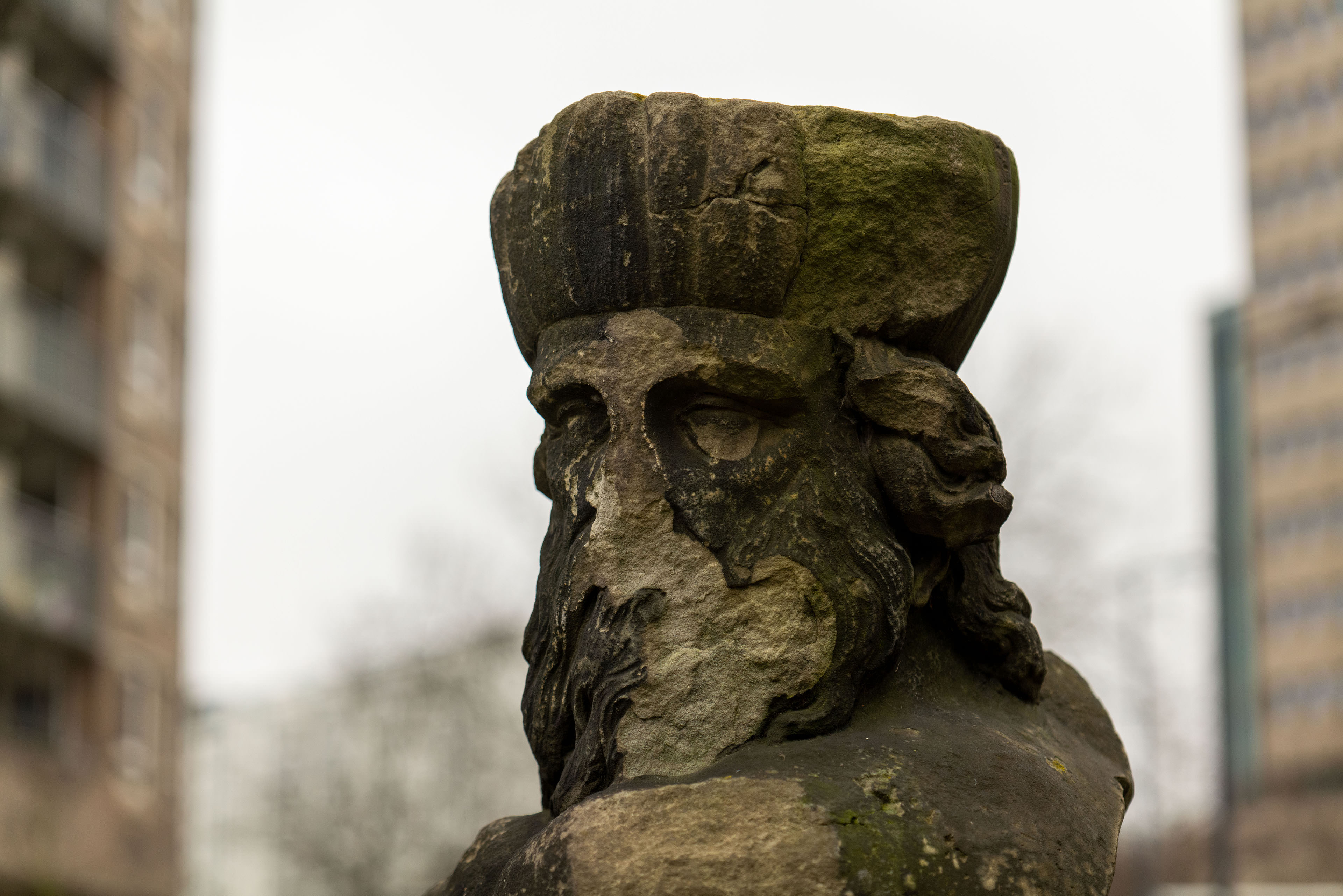 The Panasonic Lumix S Pro 70-200 mm f/2.8 OIS is the second 70-200 mm telephoto zoom from Panasonic for the Lumix S cameras. The difference from the first one is that it is a full stop brighter. That makes it (even) better suited for portrait and nature photography.

The S-series is for photographers who want the utmost in terms of image quality.

The Panasonic Lumix S Pro 70-200 mm f/2.8 OIS is one of the lenses for the S system that was very highly anticipated. The Panasonic Lumix S cameras are good and robust but not light or small. Panasonic already makes those cameras, and there is a smaller (Micro Four Thirds) sensor in them. The S-series is for photographers who want the utmost in terms of image quality. And if you are such a photographer, then you probably also want an f/2.8 telephoto zoom. The Lumix S Pro 70-200 mm f/4 OIS did not leave much to be desired in terms of sharpness, but an f/2.8 offers just a few more options for playing with the depth of field and the shutter speed. For portrait photographers, the first, the shallow depth of field, will be important, and for sports and nature photographers the option of making the shutter speed a bit shorter is very nice. Many animals in nature often only become active around dusk. 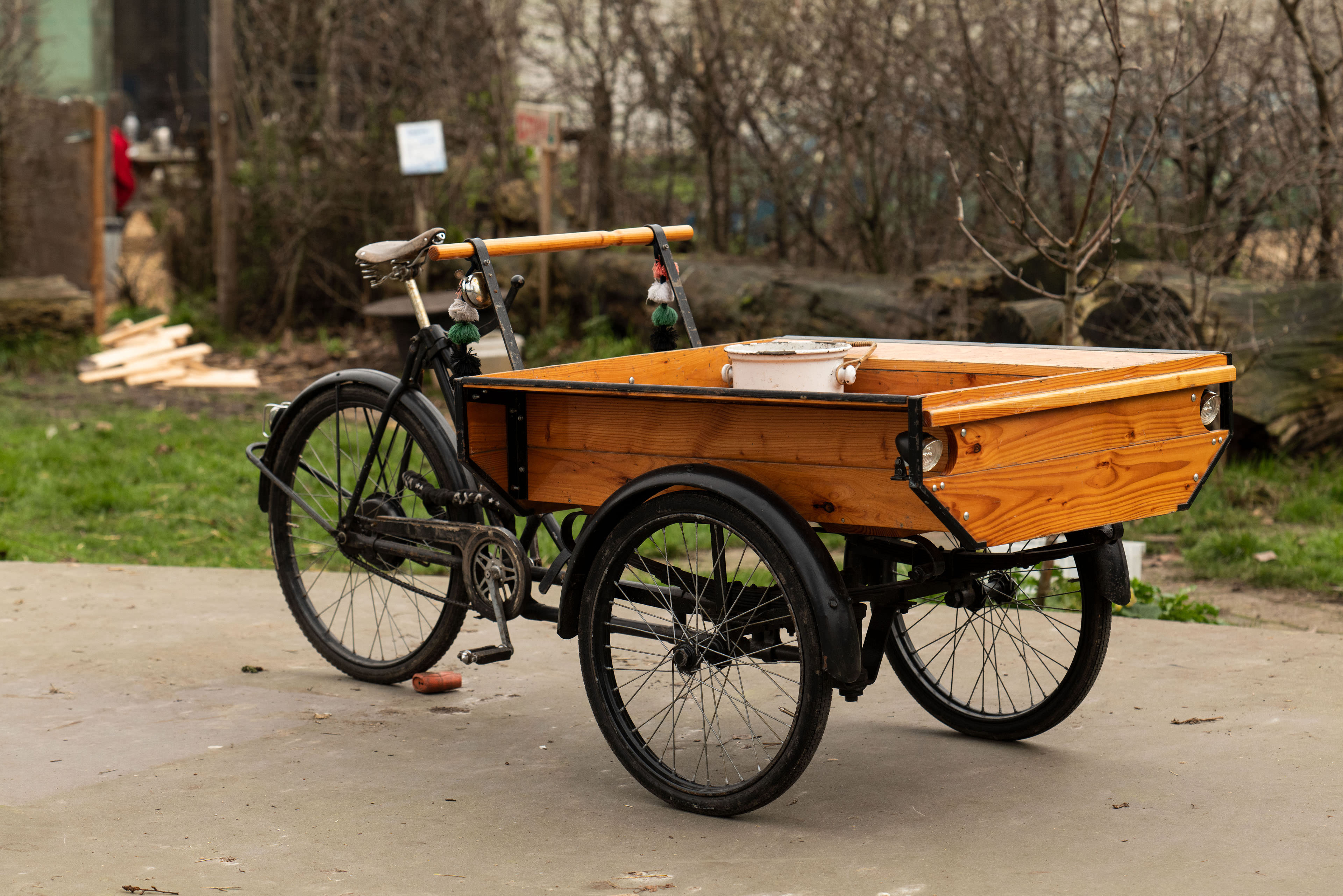 It is only logical that those extra options literally add some weight to the scale. The Panasonic Lumix S Pro 70-200 mm f/2.8 OIS is a big boy, with a weight of almost 1600 grams. Hang it on a Lumix S1 or S1R, and you have a combination that you will feel at the end of a day’s shooting. The flip side of all that weight is of course that you have fewer problems with vibrations and the set is very stable, certainly in combination with Panasonic’s good image stabilization. 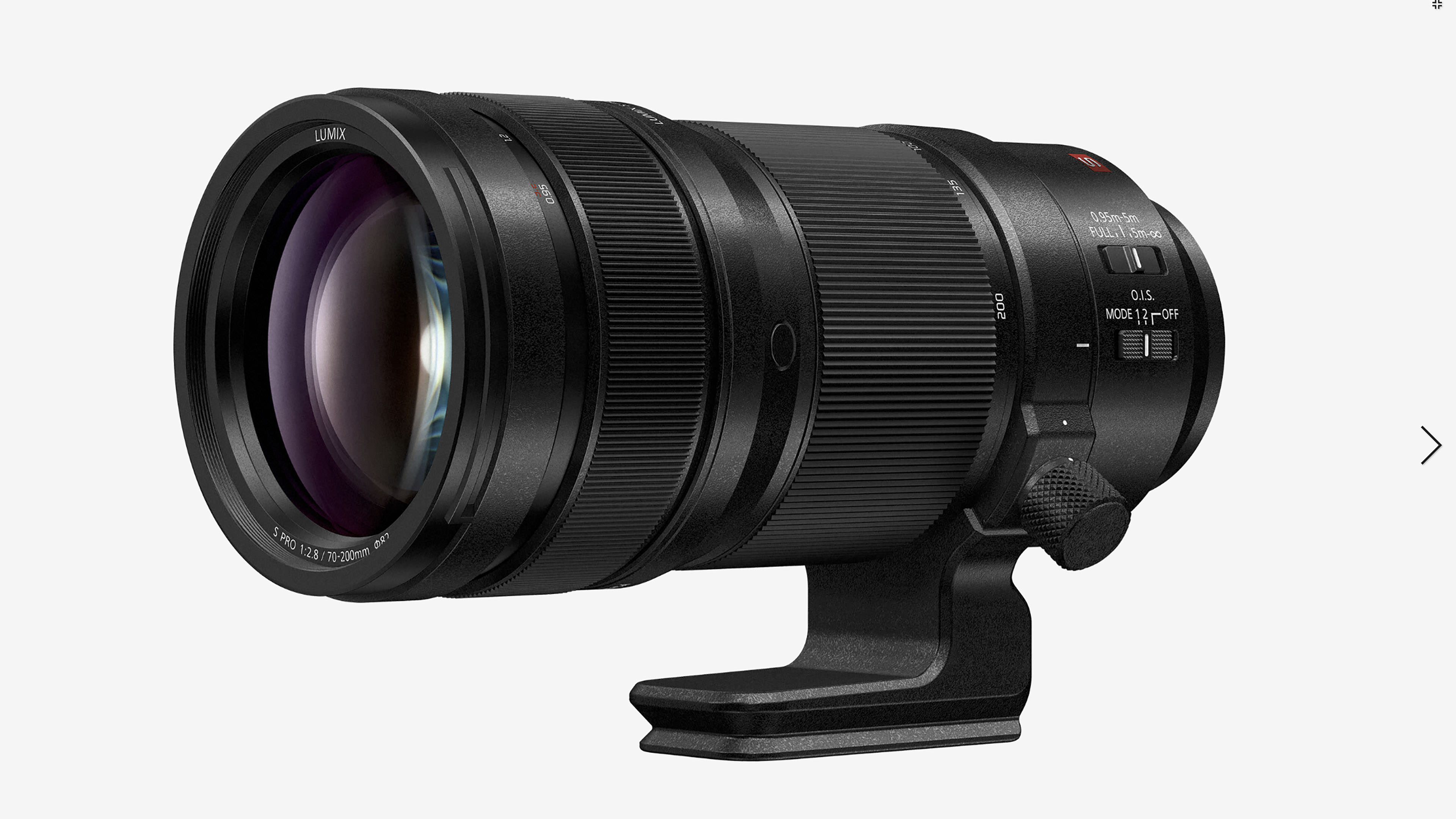 The Panasonic Lumix S Pro 70-200 mm f/2.8 OIS is quite big and heavy. It is 208mm long, more than 94mm in diameter, and it weighs 1570 grams (without tripod collar). At the same time, it feels like the proverbial tank. Everything about this lens feels solid. The rings turn with exactly the right resistance and are completely free of play. The wide zoom ring is approximately in the middle. The focus ring is a lot further forward and is much narrower. That focus ring is of course for manual focusing. And if you want to focus manually, you can do that very simply by pulling the focus ring slightly backwards. When you do that, you will see a scale with the focusing distance in feet and meters, and you have stops at infinity and close. You can turn the ring further, but you feel when you have passed the extreme point of the focus range. The lens has two switches for the focus range and image stabilization. The diaphragm has 11 blades. This makes the aperture nice and round, even if you stop down a bit. The Panasonic Lumix S Pro 70-200 mm f/2.8 OIS is of course weather-resistant.

The autofocus is, as on all Panasonics, a DFD system. That means that it only uses contrast detection but in the Panasonic way. Panasonic cameras recognize the blur of the Panasonic lenses and can therefore immediately focus in the right direction. Almost as if it were a phase detection system. Almost. In S-AF, the autofocus is very fast and very accurate. In continuous autofocus, you can still see small corrections while focusing. When you take pictures, you will not be bothered by that too much, because the system corrects so quickly that you still get a lot of sharp pictures. For video, it’s a challenge, because with C-AF you record all those small corrections. So you are better off doing serious filming with manual focusing. And the Panasonic Lumix S Pro 70-200 mm f/2.8 OIS offers the serious filmmaker something that few other lenses have: a lack of focus breathing. When shifting the focus with this Panasonic Lumix S Pro 70-200 mm f/2.8 OIS, you hardly see a difference in image size, whereas with many other zooms you get the impression that you are zooming when you only change the focus. 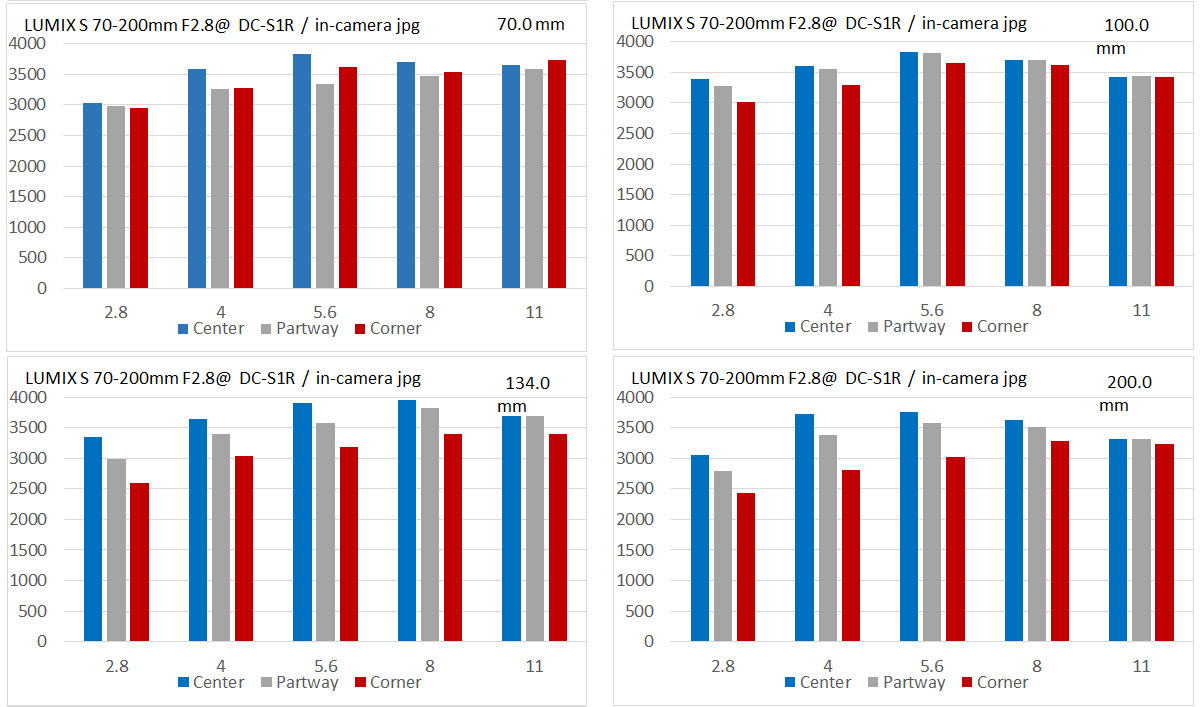 The lens does not suffer much from distortion. In RAW, it varies from a little more than 1 percent barrel-shaped at 70 mm to almost 1 percent pincushion-shaped at 200 mm. In jpegs or edited RAW files, you no longer see this, and the distortion over the entire range is a tiny bit barrel-shaped. It is so little that it won’t even stand out for something like architectural photography.

In order to measure vignetting, we had to convert the files to DNG, and then the distortion is hardly perceptible in both RAW and jpeg. 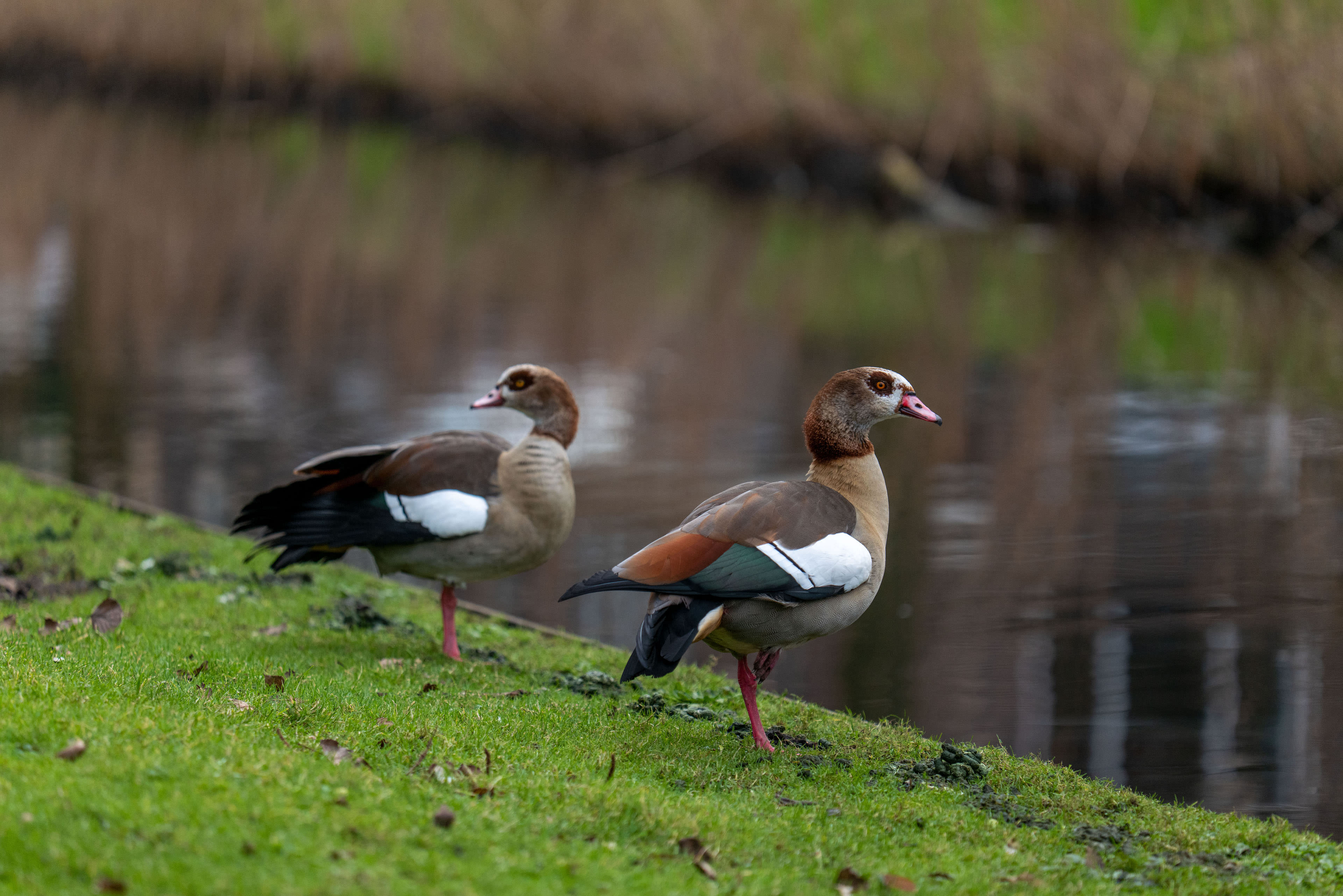 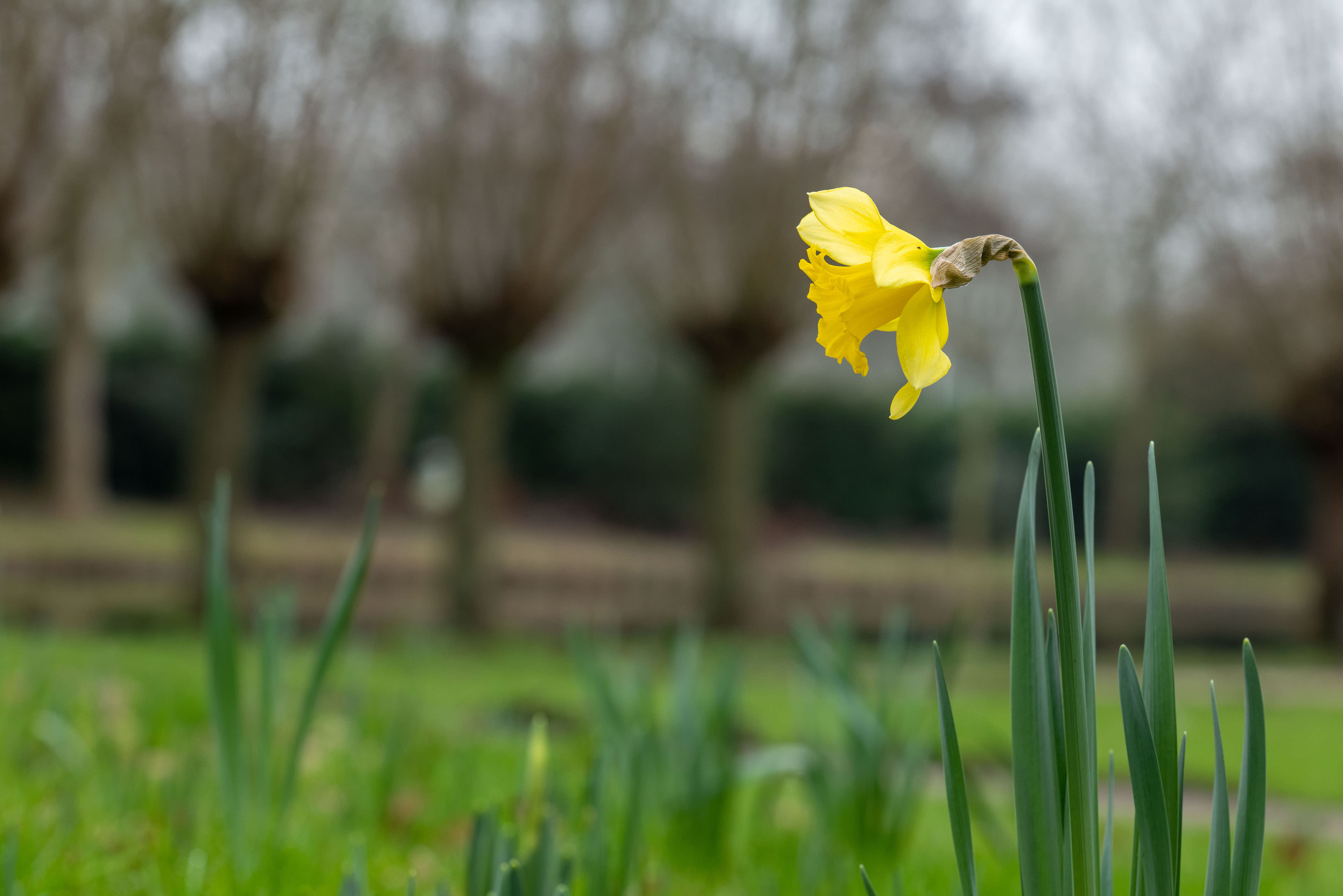 The bokeh of the Panasonic Lumix S Pro 70-200 mm f/2.8 OIS is beautiful. The backgrounds are nice and quiet without hard edges or visible onion rings in light areas. And at full aperture, light sources are beautifully round. The sharpness does not differ that much from the f/4 70-200 mm, but the blur does. If you’re looking for a 70-200 mm for portraits, then this lens is the better choice. Until the arrival of more powerful Panasonic fixed focal length telephoto lenses, this is even your only choice. But one that you will not regret.

Curious about the performance of the Panasonic 70-200mm f/2.8 in practice? Click on the button below and visit our renewed web gallery with sample images. The images can be downloaded in full resolution to be viewed at 100%.

The Panasonic Lumix S Pro 70-200 mm f/2.8 OIS is an excellent telephoto zoom for the Lumix S system. In terms of optical performance, it is certainly at the level of bright 70-200 mms from competing brands. The bokeh is clearly even better than with the f/4 version, and the absence of focus breathing makes it fairly unique. This is really a lens that fits just as well on the S1R with its high resolution as on the ultimate hybrid, the S1H.