If you compare photography to a high school class, Panasonic would be the smartest girl in the class. She sits modestly at the back of the class and makes innovative, well-thought out products. Without beating her chest like some braggarts in the first row.

Marketing hype is not part of the Panasonic DNA. While all other brands are tumbling over each other with “super special promotions of their super special products” just before Sinterklaas and Christmas, Panasonic announces that they will be launching even better products at the beginning of January. Not a thick layer of makeup but honesty, service, innovation and, above all, quality. A brand you are sure to fall in love with.

Panasonic’s history goes back to 1918. But we don’t have to go that far back for digital cameras. Panasonic released its 4-megapixel Lumix DMC-LC5 in 2001. The lens on this camera? A Leica DC 7-21 mm (33-100 mm equivalent) Vario Summicron ASPH f/2-2.5. In 2004, the 5-megapixel DMC-LC1 followed with the famous 28-90 mm (equivalent) f/2-2.4 from Leica. And at the start of 2006, Panasonic unveiled the Lumix DMC-L1, the first system camera from Panasonic with a Four Thirds sensor. The DMC-L1 was based on the E330 from Olympus. The Panasonic shared a lot of the hardware with the Olympus. Until that time, Panasonic was a brand that introduced plenty of innovations on the one hand but also followed camera trends on the other. Two years later, that would change, suddenly and radically.

In 2008, two years after the introduction of the DMC-L1, Panasonic released the G1 at the PhotoKina. The first Micro Four Thirds camera and the first modern mirrorless system camera. The camera had the appearance of an SLR, complete with a fake mirror housing. But the camera no longer had a mirror, and the mount was much closer to the sensor. This made the camera smaller and lighter, and the shorter distance from the mount to the sensor enabled entirely new optical designs. The G1 set the trend for all mirrorless cameras that would follow. After the Micro Four Thirds cameras, other brands followed with 1-inch, APS-C and eventually even full-frame and medium format mirrorless cameras. In 2018, ten years after the G1, three brands, including the two market leaders and also Panasonic, announced full-frame mirrorless cameras, and the end of the SLR cameras appears to be on the horizon.

The top in the Micro Four Thirds system is the Panasonic Lumix GH5. This camera is the perfect hybrid. The GH5 is equally suitable for photography and videography. The camera has one of the best electronic viewfinders and a screen that can both tilt and turn, so you can also put it in selfie mode. Indispensable for vloggers. The built-in image stabilization ensures sharp photos at slow shutter speeds and sharp, smooth shots without shocks when shooting by hand. The camera has been on the market for some time now, and the competition is getting closer, but there is still no other model that offers such an abundance of possibilities that you usually only find on much more expensive video cameras. V-log, waveform and vectorscope, LUTs – these are just a few of the advanced functions that make the GH5 one of the best cameras for video.

The benefits of the Micro Four Thirds system are nowhere clearer than with telephoto lenses. That’s why Panasonic makes the Lumix GX Vario 35-100 mm f/2.8. In terms of field of view, this lens corresponds to a 70-200 mm on full frame, but this lens only weighs 360 grams. That is less than half the weight of the lightest 70-200 mm f/4 lenses for full frame, and then the Panasonic is even brighter. If you want something even lighter, there is even a Lumix G Vario 35-100 mm f/4-5.6 that weighs only 160 grams. Not very bright, but optically very good.

If you want longer, that’s also possible with Panasonic, with the Leica DG Vario Elmar 100-400 mm f/4.0-6.3 ASPH. You can compare this lens with a 200 to 800mm full-frame zoom lens. The 100-400 mm for Micro Four Thirds, however, weighs less than a kilo. And with such low weight, it takes no effort at all to work by hand all day or to walk for miles through the wilderness with this lens. And thanks to the image stabilization of the lens, which perfectly cooperates with the stabilization in the Panasonic cameras and which together forms the Dual IS system, you can get razor-sharp images by hand with this super-telephoto. 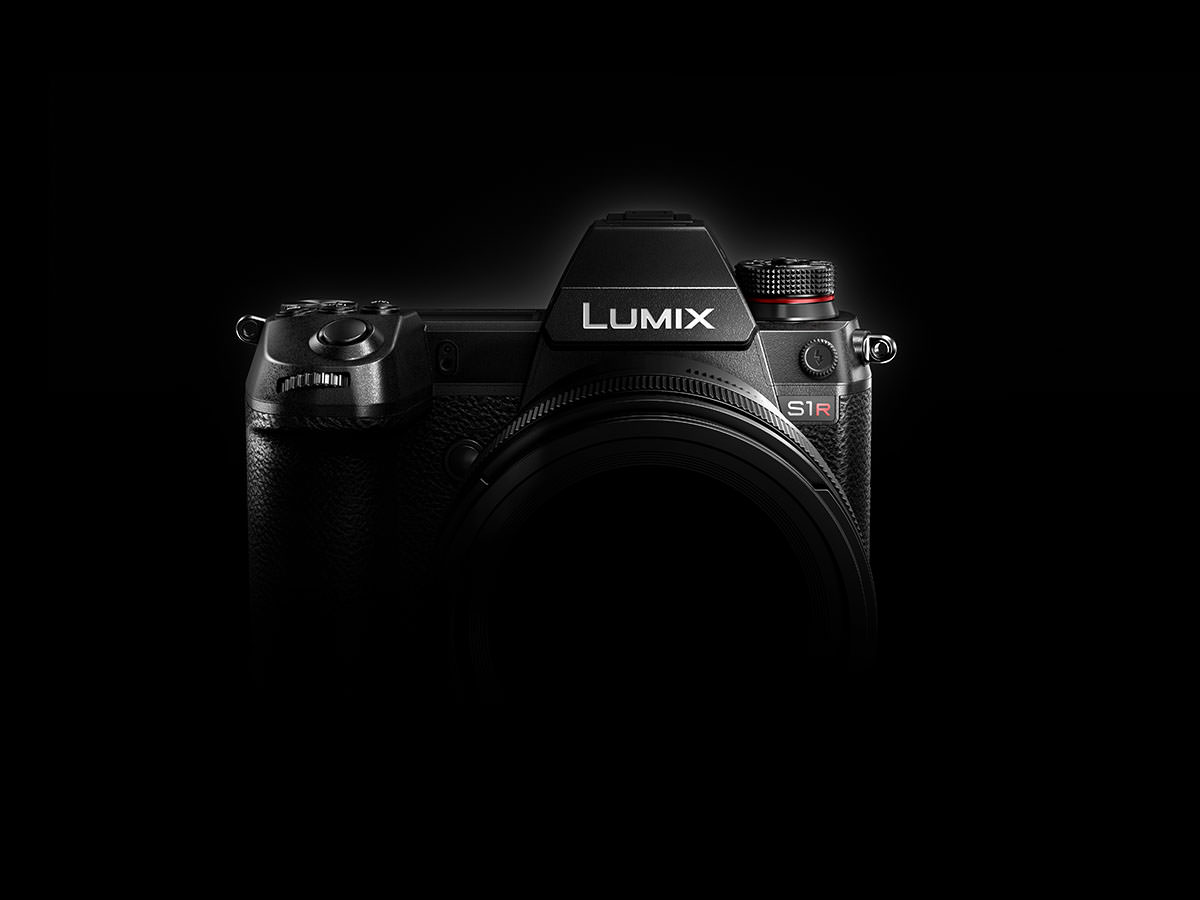 At PhotoKina 2018, Panasonic announced the next step. After years of collaboration with Olympus in the Four Thirds and Micro Four Thirds format, they are entering into a new alliance. This time with Leica and Sigma, the L-Alliance. This alliance is named after the L mount that Leica uses in its APS-C and full-frame system cameras. Panasonic will also use this for its new full-frame camera line, and Sigma will start designing and marketing lenses for this system. And there may possible also be a Sigma camera with this mount in the future.

The L-Alliance thus forms the fourth mirrorless full-frame camera system, after those of Sony, Canon and Nikon. Panasonic is also (for the time being) the last brand to release a mirrorless system camera to market, and again they seem to follow the trend. But it is also very Panasonic. They go their own way, but they don’t do it alone. Just like with Four Thirds and Olympus, they are looking for collaboration again, this time with Leica and Sigma, so that the system has the potential to grow quickly.

Whereas until recently Leica seemed to have a very small niche market with its full-frame mirrorless cameras, with the arrival of the S cameras from Panasonic, the L mount suddenly became a real system with a choice of several bodies from different manufacturers and a choice of lenses, from super sharp fixed focal points from Leica to practical zooms from Panasonic and high-quality lenses from Sigma. The Panasonic S is currently the entry-level model with 24 megapixels, and, for those who want more, there will be the S1R with 47 megapixels.

The cameras have built-in image stabilization in the bodies and extensive video options, as we are used to from Panasonic. That certainly also means that the S and S1R will be able to film in different frame rates in 4K. The Micro Four Thirds cameras are among the most ergonomic small cameras on the market, and the larger full-frame models build on this with more than enough setting wheels and good menus that can also be operated very easily via the touch-sensitive screen. The full-frame cameras will also offer options such as high-resolution shooting by combining multiple shots and shooting in HLG (Hybrid Log Gamma). 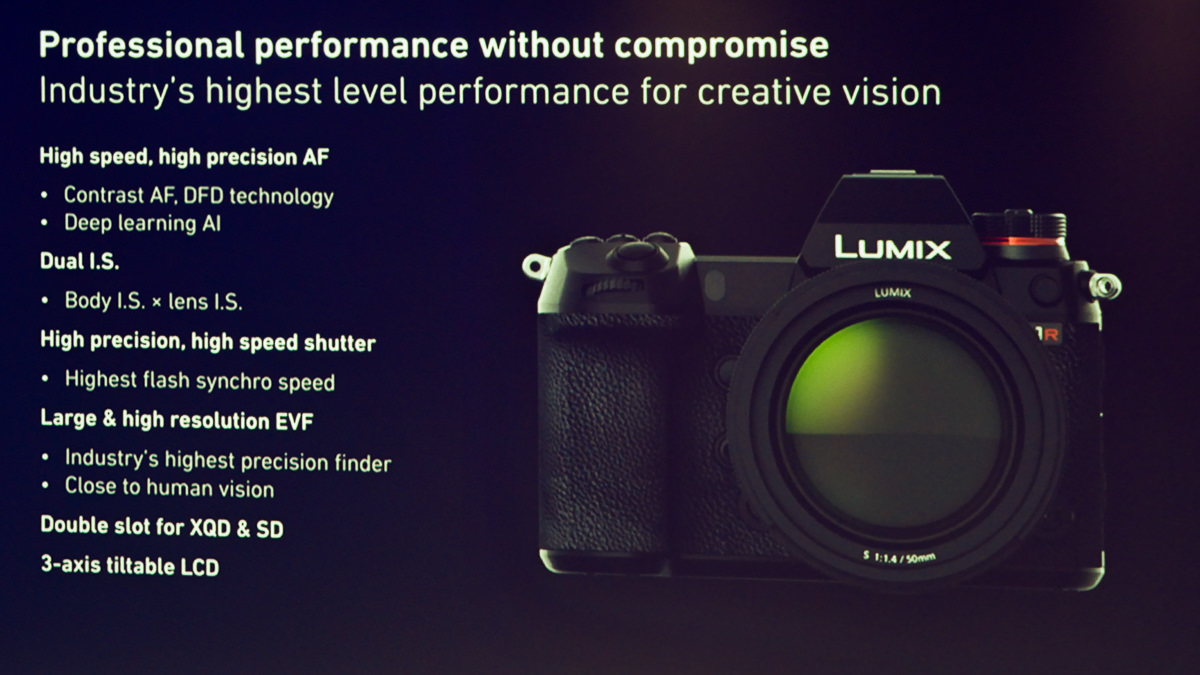