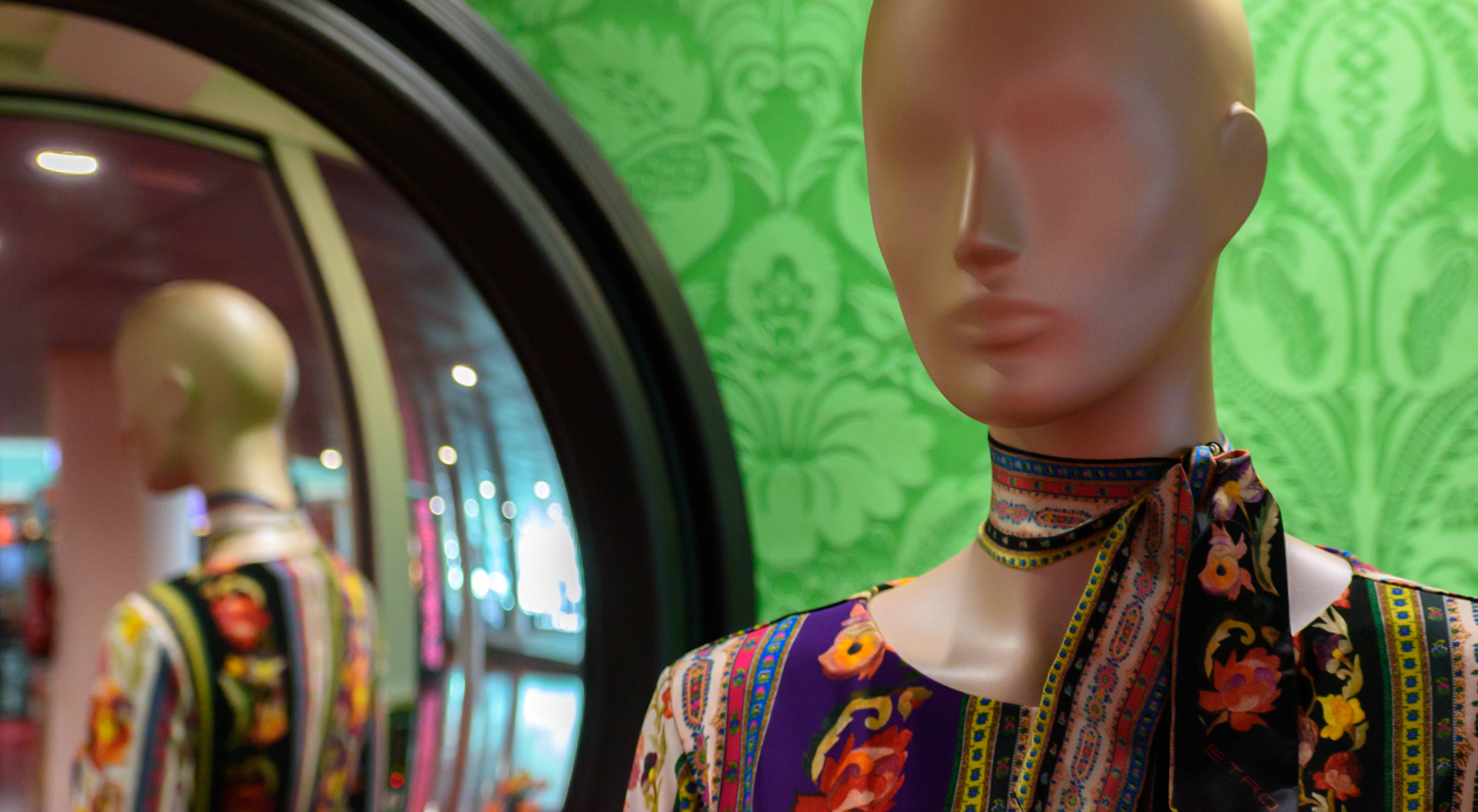 You might have thought that the Nikon D3500 had escaped our attention. Because, like most other photography sites, we pay the most attention to system cameras, such as the Nikon Z7 and Nikon Z6, and their associated lenses. But the SLR has not yet seen its day gone by. The D3500 is a mature camera with proven technology, without unresolved glitches, with high reliability, long life and an attractive price.
​Click on the product for specifications, prices and test results.

The Nikon D3500 is the starter camera from Nikon. It’s light, compact and, above all, very affordable. But make no mistake: the D3500 is not a stripped-down camera that you will soon outgrow. The camera has a 24-megapixel sensor without anti-alias filter. For cameras with an APS-C sensor, that’s the maximum that you can get. This sensor offers good performance at high sensitivities and a lot of detail and sharpness at low ISO values. The camera has a Guide Mode that can recommend the correct settings. That teaches you as a beginner a lot about the different functions of the camera. The D3500 can film in full HD up to 60 frames per second, has a built-in flash on board and – of course – a metal F-mount that gives you access to one of the most extensive systems in photography. Sharing the shots is also very easy, because you can easily stream all your photos via SnapBridge to your phone automatically.

Curious about the performance of the Nikon D3500 in practice? Click on the button below and visit our renewed web gallery with sample images. The images can be downloaded in full resolution to be viewed at 100%.

The Nikon D3500 and the Nikon D3400 show more similarities than differences. That’s not a bad thing, because the Nikon D3400 is, just like the D3500, a reliable camera with high image quality. Both cameras have a maximum shooting speed of 5 images per second and a relatively small viewfinder image. The number of shots that you can make with a Nikon D3500 with 1 battery charge is over 300 shots higher at 1550 images. That is mainly due to the processor, because the D3500 has the same battery as its predecessor. The D3500 also has a slightly deeper grip, making the camera a bit nicer to hold and to operate. The Nikon D3500 is 30 grams lighter, but nobody will notice that. The buttons on the D3500 are in a different place, and the camera has a separate button for switching to live view. 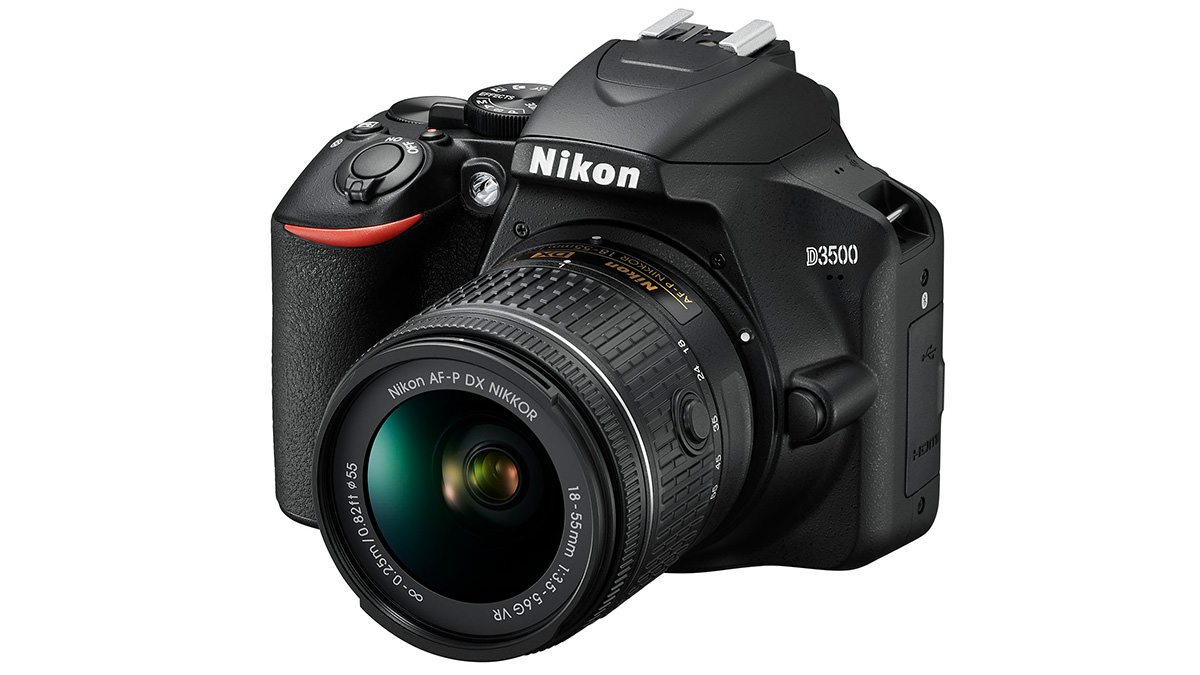 With a retail price of around 450 euros, including an 18-55 mm kit lens, the Nikon D3500 is a lot more expensive than the cheapest model from Canon, the EOS 4000D. Both cameras are intended for starters, but the Canon 4000D has an 18-megapixel sensor, which – in contrast to the D3500 sensor – also has an anti-aliasing filter. In terms of both dynamic range and resolution, the Nikon D3500 is clearly the winner. The 4000D is also offered with an 18-55 mm without image stabilization. And that’s a big disadvantage, especially for beginners. If you’re bothered by the price difference between the Nikon D3500 and the Canon 4000D, then the Nikon D3400 – as long as it’s still available – is a cheaper alternative to the D3500. As we just wrote, the differences between the two cameras are small, and if every euro counts for you, then you could certainly consider a Nikon D3400.

Nikon’s SnapBridge app for iOS and Android makes an always-available connection between the Nikon D3500 and a smartphone. That makes it easier to share newly made images via your smartphone, but with a higher image quality than those taken by your smartphone. 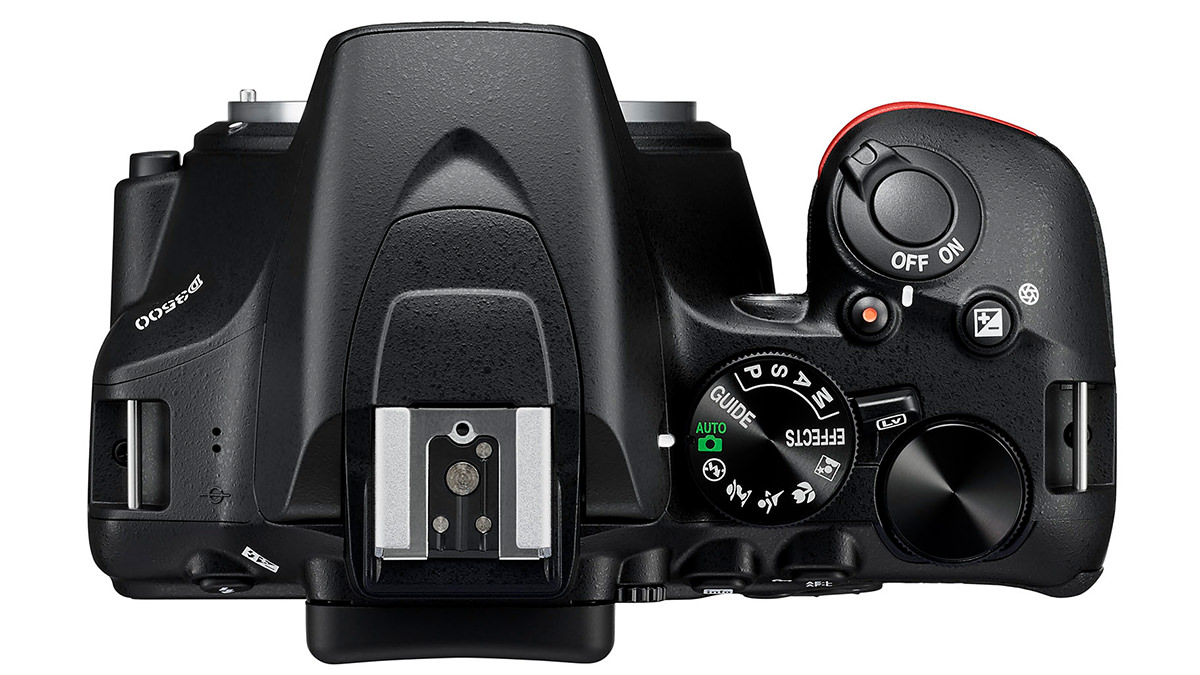 The body is a fraction smaller than that of the D3400 and also slightly lighter, but it also has a deeper grip so that you can hold the camera more comfortably. The viewfinder is fairly bright, but not that big, with a magnification of 0.57x. There aren’t many ways around that if you want to build an optical viewfinder in a small body. The viewfinder shows around 95%, so you don’t get to see your entire image either. If you want that, you have to use the live view. Compared to the D3400, there’s been a minor relocation of a number of buttons. For example, the live view switch is now on the top cover next to the exposure control dial. The 3-inch rear screen, with 921,000 pixels, does not turn, does not tilt, and is not touch-sensitive, and that’s starting to feel somewhat old-fashioned. At the same time, you can hardly expect it for this price.

The Nikon D3500 has a setting wheel on top of the camera, which helps a beginner choose the correct camera settings for action, macro or portrait shots. With some other camera brands, the option of saving RAW files in the Auto mode is also removed, but not with Nikon. Although the target group of the D3500 will be less likely to get started with RAW images, the camera does offer the option of also saving your images as RAW images, regardless of the camera settings you choose. That’s nice for later: if you ever want to edit a shot you took before with the D3500, using the most modern algorithms in Lightroom or Photoshop, then those RAW files come in handy. Another plus for starting photographers is the extensive explanation that you can call up “with 1 touch of a button” when you’re taking pictures with the D3500. 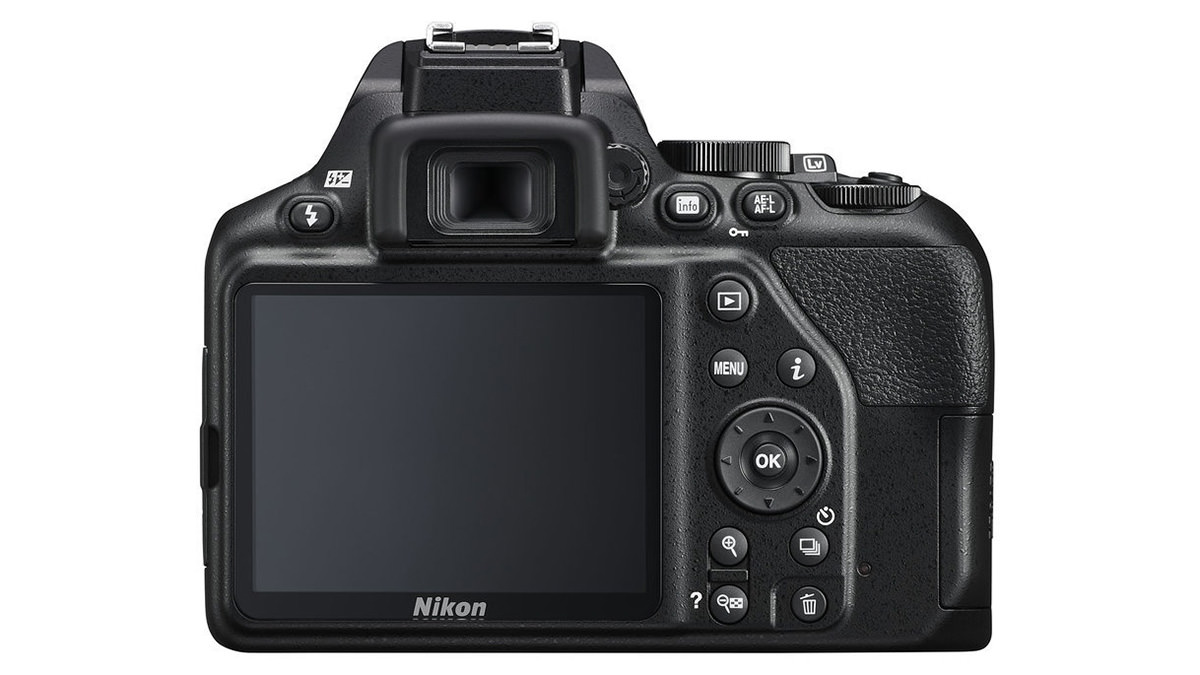 On the back of the camera, you’ll now find all the buttons above and to the right of the screen. At the top left is a button to pop out the flash. At the top right, the info button and the AF-L/AE-L button for locking the autofocus or exposure.

The 24-megapixel sensor is made by Sony and is completely modern. The image quality of the D3500 is therefore good. But that was also the case with the D3400, D3300 and D3200, all of which had a more or less similar sensor. That means that with the Nikon 35 mm 1.8G, the D3500 delivers a jpg file with a resolution in the center of an average (for ISO 100-6400) of 2650 lines per image height. The dynamic range of the D3500 also matches that of its predecessors and is reasonably comparable to that of the D3200, which was the first to be equipped with this 24-megapixel sensor. That means that you can expect a total dynamic range of around 10 stops, on average, for ISO 100-6400. At 100 ISO, the dynamic range is the highest at 11.5 stops. That is less than the best full-frame cameras available today, but the difference is not very big. And it’s better than many full-frame cameras from around five years ago.

Like all the cheaper Canon SLR cameras, the Nikon D3500 does not offer 4K video but has full HD as the maximum resolution. That doesn’t have to be a problem for a starting photographer. Full HD is much easier to edit than the larger 4K files. The image quality is great. The sound isn’t as great. The D3500 has a single microphone and no option of connecting a separate microphone or headphones. Nikon SLR cameras have slow AF for video, especially if you compare them with system cameras, but also in comparison with the Dual-AF system from Canon.

The Nikon D3500 has 11 AF points, all of which are grouped in the center. The Nikon D3500 is not an action camera like the Nikon D500 or Nikon Z6, which have AF points over the entire image, so that you can accurately follow a subject with continuous AF. The Nikon D3500 offers multiple options with continuous AF, such as 3D tracking, but because the AF is slower than with other (read: more expensive) Nikon models and the AF points are grouped in the center, you also have more misses than with other Nikons if you try to follow a fast-moving subject. Still, we succeeded in getting a sharp shot of competition skiers who were coming straight towards the camera. Not all shots are sharp, but there is a sharp shot in the series. You can’t do that with a cheap system camera.

The Nikon D3500 is offered as a kit in combination with various lenses, two of which we want to mention. First, there is the Nikon AF-P 18-55 mm VR: you’ll get this standard zoom for not much more than a song if you buy the kit instead of the body without a lens. Such an offer is a no-brainer: always go for it! Do note that you are buying a kit lens with VR. VR is a designation for built-in image stabilization, which means you won’t get motion blur as fast in the dark.
The other DX lens that we want to mention by name is the Nikon DX AF-P 70-300 mm telephoto zoom. This is a very cheap telephoto lens, with built-in image stabilization and more than reasonable image quality. The test shots with this Nikon D3500 review were made with this telephoto zoom. 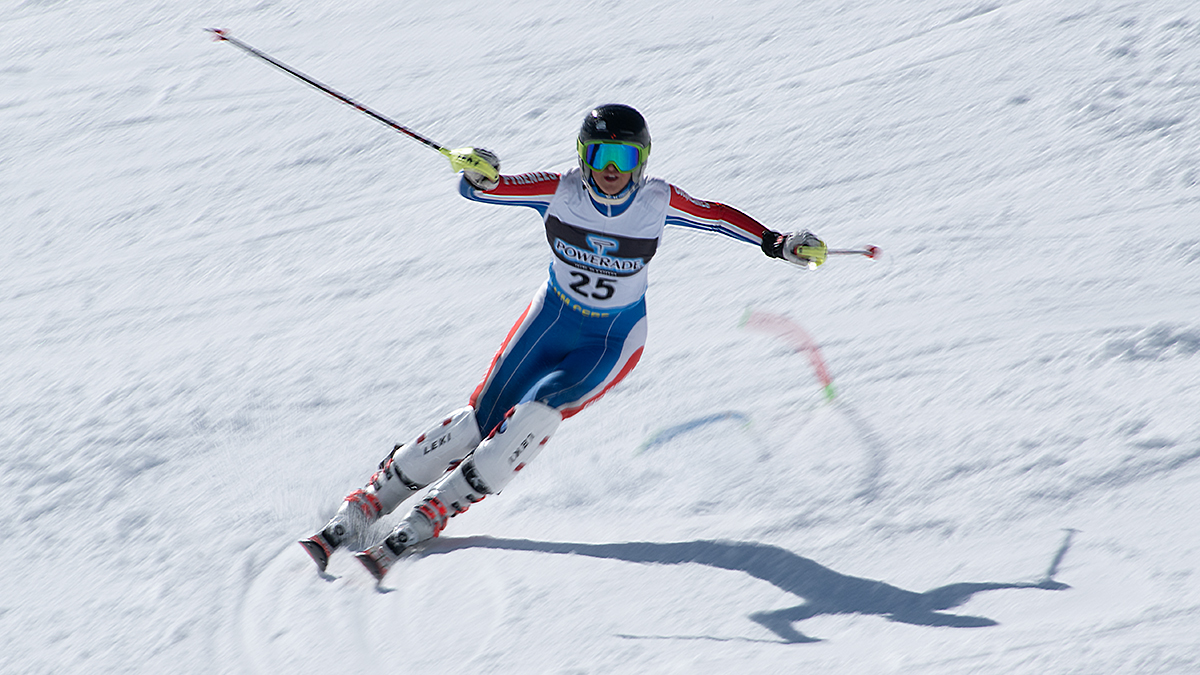 Compared to the Nikon D3400, which was released in 2016, the differences are small. The grip is improved with a deeper grip, the D3500 is just a little lighter, and the D3500’s battery lasts a little longer. In comparison with other starter and/or budget cameras, the Nikon D3500 stands out with high image quality (signal-to-noise ratio, thanks to the absence of an anti-aliasing filter, resolution and dynamic range). In comparison with system cameras, where 400 shots on 1 battery charge is not unusual, the Nikon D3500, with 1500 shots on 1 battery charge, is from another planet.