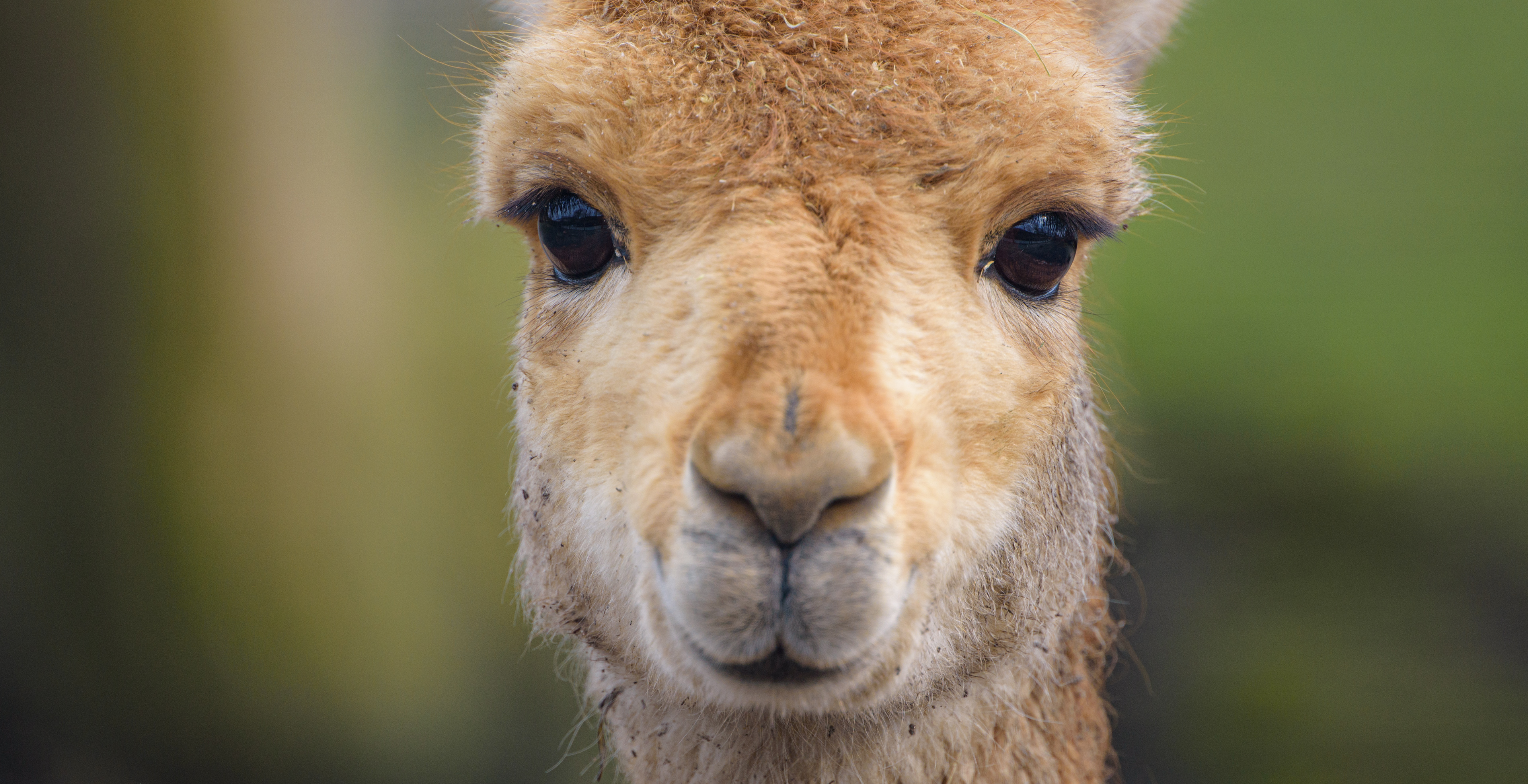 The Nikon AF-S NIKKOR 180-400mm f/4E TC1.4 FL ED VR is a real super telephoto. Thanks to the built-in teleconverter, you can zoom a full 560mm with this lens. On a DX body, with an APS-C format sensor, the field of view is reduced by a factor of 1.5. If you use this lens on a DX camera, like the D7500 or D500, the field of view of this lens corresponds to that of an 840mm lens on full frame. Add to that a high brightness, image stabilization and professional build quality, and you have the ultimate telephoto zoom. It also carries a solid price tag, of course.

Sports and nature photographers cannot do without long telephoto lenses. You often have to keep a considerable distance between yourself and your subject. For sports photography, you can’t get down on the field or the track, and in nature, the animals get skittish when you get too close. That requires a long telephoto, preferably with a bit of brightness. Lenses like that are, without exception, big and heavy, so that you seldom take more than one. To be able to work with flexibility, you can combine them with teleconverters. So, you can turn a 300mm f/4 into a 420 f/5.6 with a 1.4x converter, or a 600mm f/8 with a 2x converter. However, changing the converter isn’t always practical. When an athlete or an animal comes running towards you, you usually don’t have time for that. A zoom is much more convenient. But those rarely have the quality of fixed-focal length telephoto lenses. Rarely, yes, but not never. The AF-S NIKKOR 180-400 mm f/4E TC1.4 FL ED VR is a lens that should manage it. It’s also nearly as bright as many fixed focal points in this range. And because this is a lens with which you will photograph a lot outside, it naturally also has extensive protection against dust and moisture. 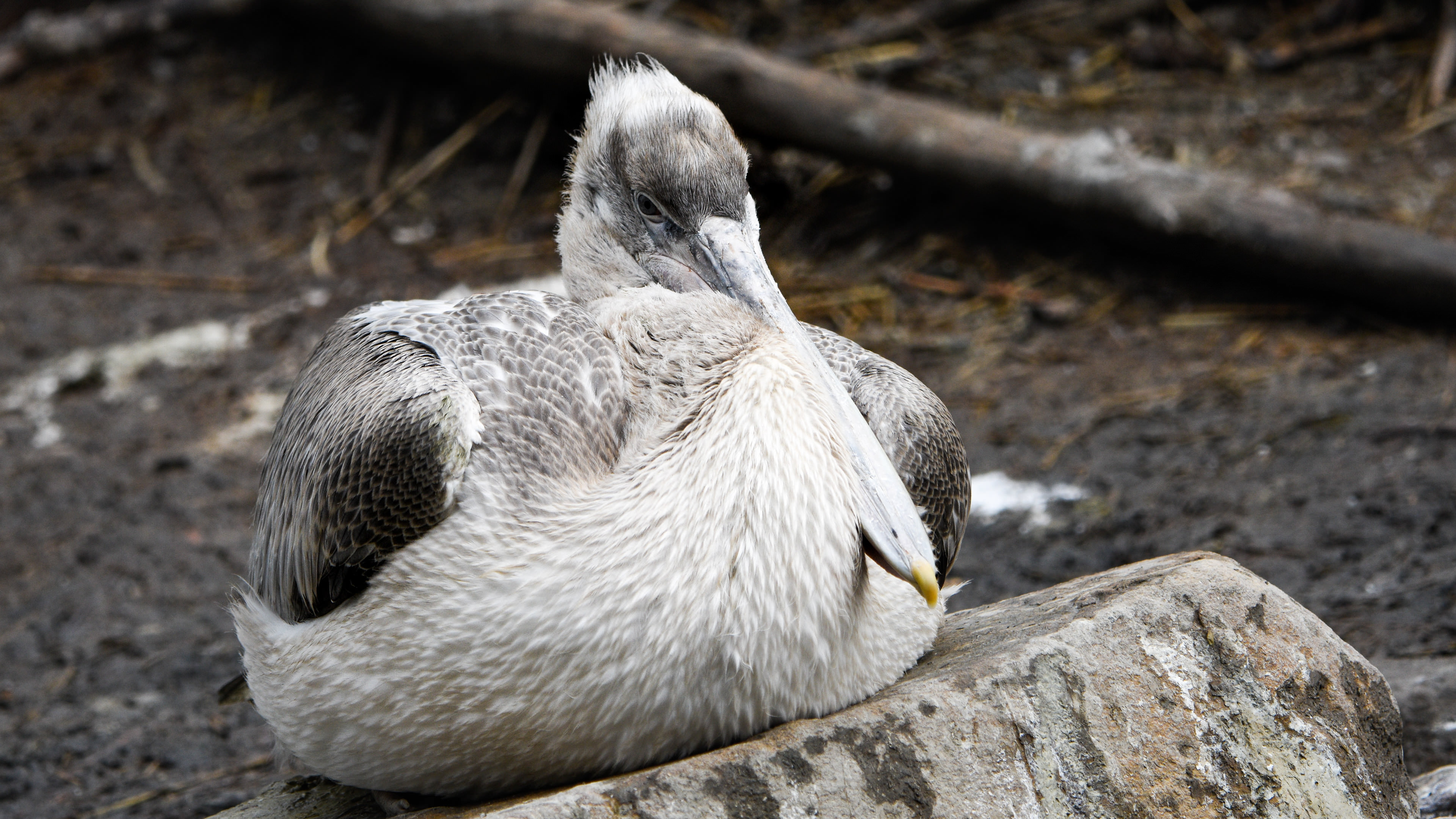 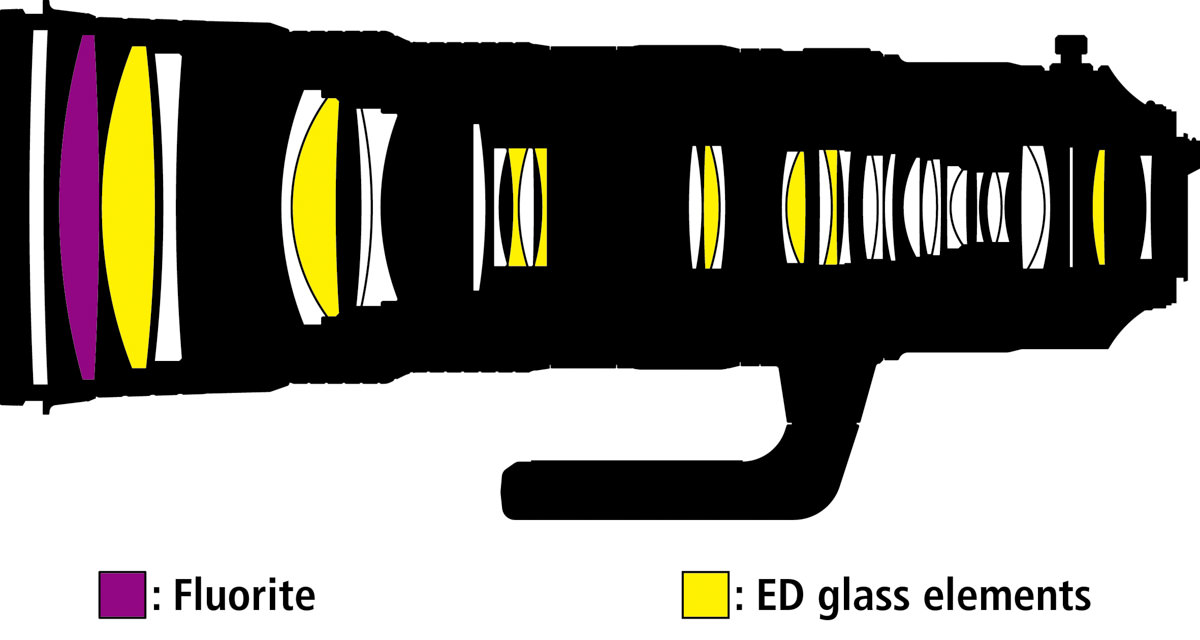 The AF-S NIKKOR 180-400 mm f/4E TC1.4 FL ED VR is a striking lens. Because of the big dimensions, it’s not a lens with which you can inconspicuously walk down the street. It also weighs quite a bit, and you can feel that in your arms at the end of the day. Those dimensions and the high weight are the result of the large amount of glass used in this lens. All that glass is needed to achieve both high image quality and high brightness. The AF-S NIKKOR 180-400 mm is a zoom lens with a built-in teleconverter. Without a converter, you have a zoom range of 180mm to 400mm. With a teleconverter, you lose one stop of brightness, but you can zoom to 560mm. If you consider that this lens is almost six big telephoto lenses in one, then the weight and dimensions are actually not too bad. The 180-400 mm has a number of special features. The front lens not only has Nikon’s nanocoating to prevent glare and loss of contrast, but also a fluorcoating to ensure that moisture and dirt can’t stick to the glass. The front lens is so big that there’s no thread for attaching filters. A big lens hood of lightweight carbon can be attached to the front, though. For transport, it can also be secured in reverse on the lens. A bit behind that, we find four buttons around the lens, for which you can set the function. Behind that is the wide zoom ring, and a bit further back, a window where you can read the set distance and then the focus ring itself. Just behind that you will find two carrying eyes for attaching a carrying strap, and at the bottom is a large tripod collar. Behind that is a bulge on one side of the lens. Below this bulge is the teleconverter, and behind that, almost against the mount of the lens, there’s a switch with which you can easily engage the converter. That’s so easy that Nikon has fitted the switch with a lock, to prevent switching it unintentionally. On top of the bulge for the converter is a small push button to store a set distance in the memory of the lens. On the top of the lens is the filter slot for 40.5mm filters, and on the left side, we find five slide switches. The first three buttons speak for themselves. With the top one, you choose between autofocus with the option of manual correction, manual focus with the option of using the AF for fine adjustment or full manual focus. The button below that is for using the full focus range from infinity to two meters or only the range between infinity and 6 meters. Below that is the button for the different modes of image stabilization. For that you have the choice of off, normal or ‘sport’. You use this last mode for tracking. The last two switches are unique. With the first one, you can set which function you want to assign to the four buttons that are just in front of the zoom ring. You can choose from Focus Lock, Focus On and Memory. With the Memory Set button on the teleconverter, you can program a distance, and then the lens will focus to that distance as soon as you press one of the four buttons on the front. 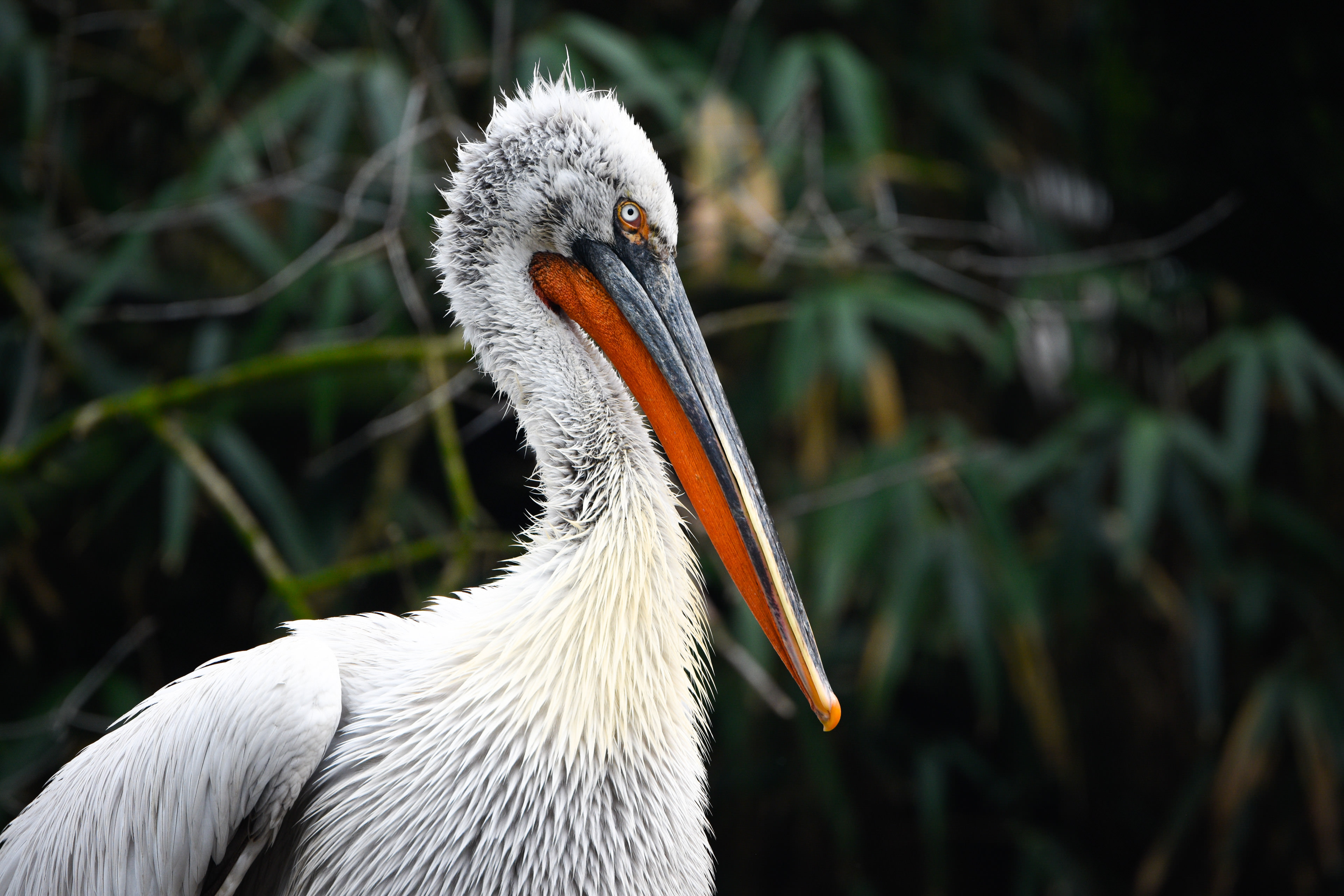 The AF-S NIKKOR 180-400 mm f/4E TC1.4 FL ED VR is a costly lens, and you can expect the image quality to be particularly good. In both the practice shots and the test shots, we could see that this is certainly the case. Without the teleconverter, the sharpness at all focal lengths and apertures is very high. With many long zoom lenses, the longest setting is (a good deal) less good than the shortest zoom position. That’s not the case with this Nikkor. It performs very evenly with hardly any gradient of sharpness to the corners. Chromatic aberrations are also virtually absent, which contributes to the impression of high sharpness of the lens. There is a trace of vignetting, but of course less than when you use this lens on a full-frame FX body, and it decreases when you stop down. In practice, you won’t see much of it at f/8. For nature, landscape and sports photography, where this lens will most often be used, it doesn’t matter, but it’s also handy to know that the Nikkor is not completely free of distortion. In the shortest setting, it’s a bit barrel-shaped, and that ranges to pincushion-shaped at 400mm. 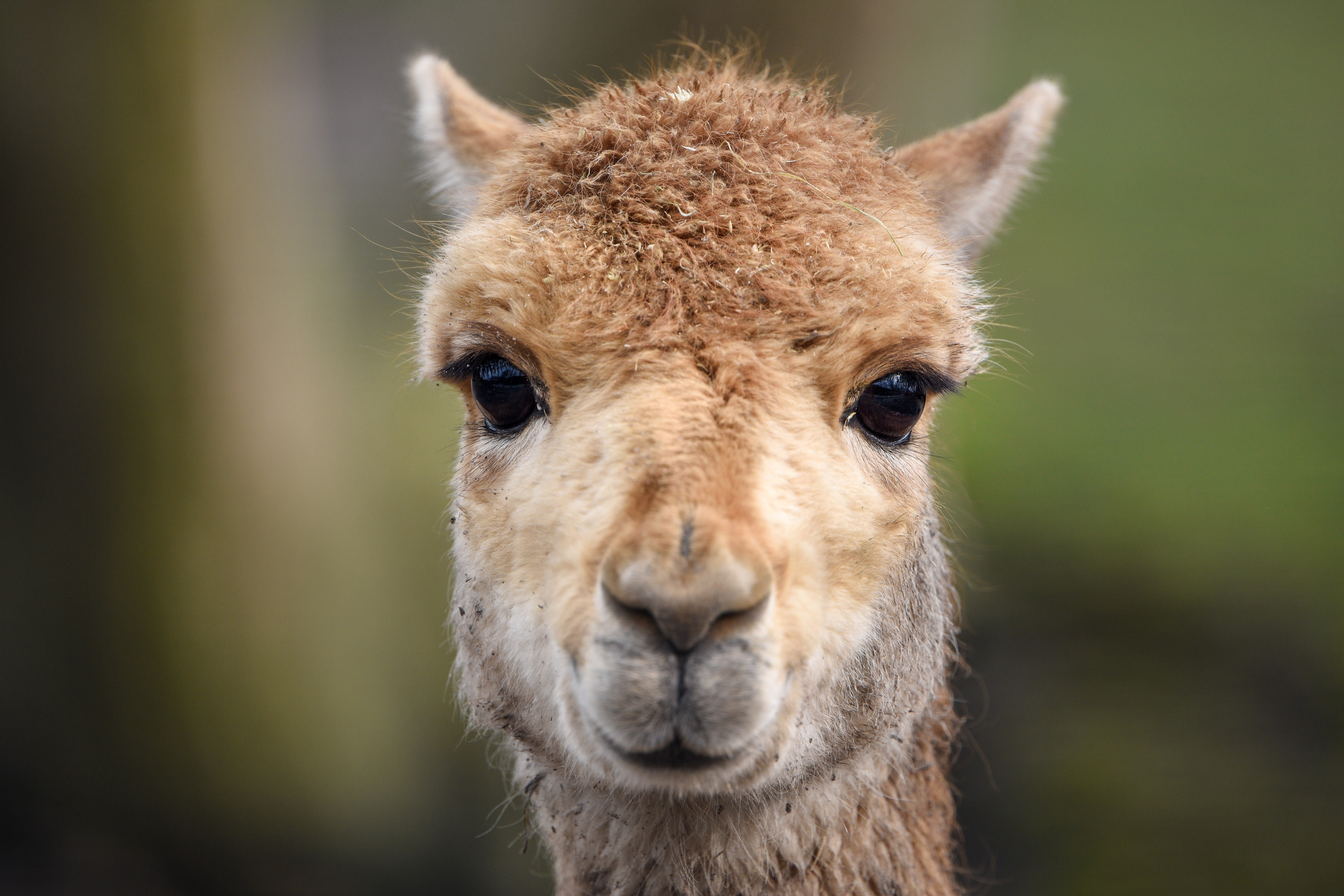 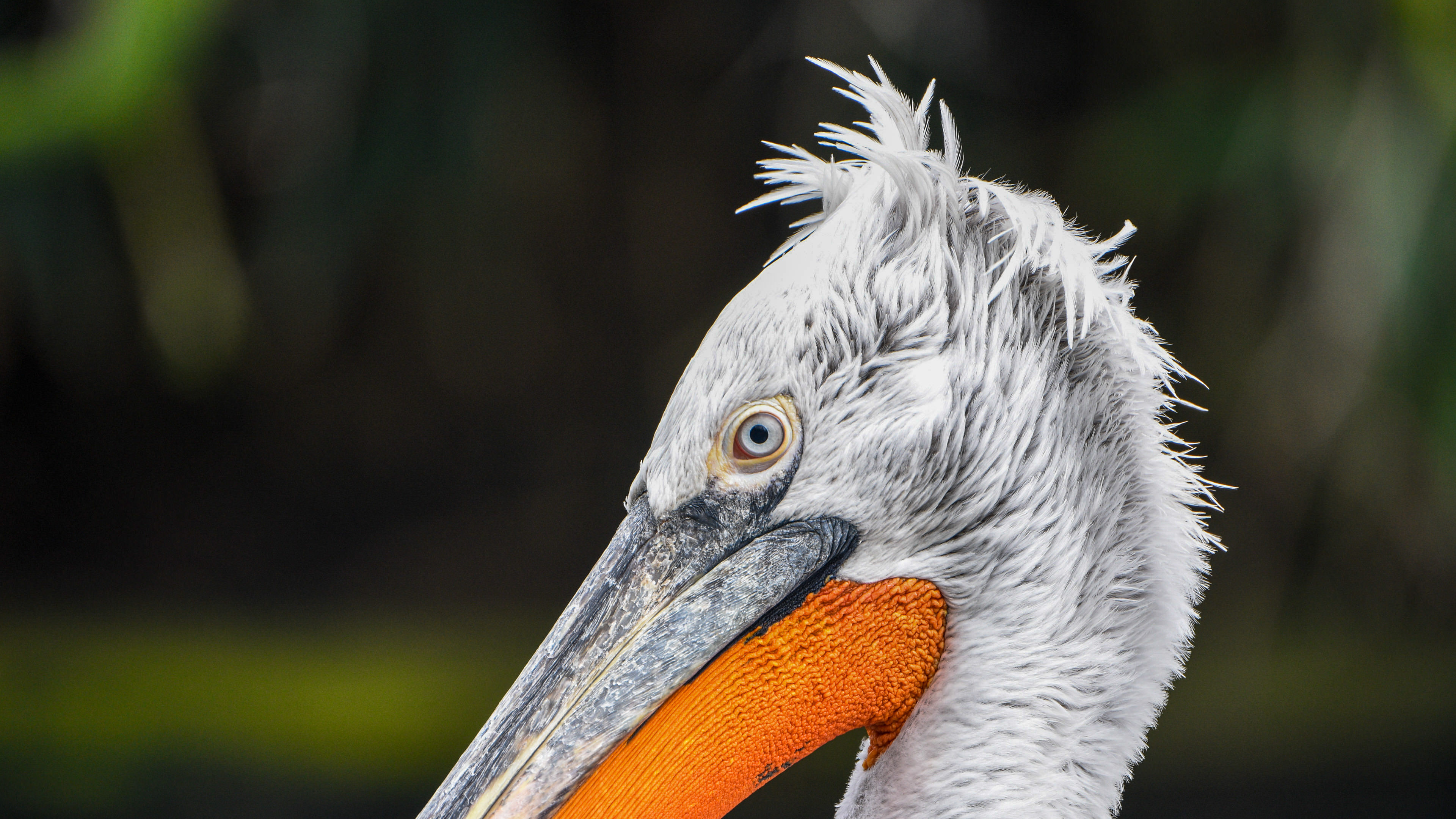 Teleconverters enlarge the image that you capture, also magnifying any errors of the lens that they sit behind. The extent of the loss of quality when using a teleconverter depends on how good the lens is with which the converter is used. The AF-S Nikkor 180-400mm is very good, with high sharpness and few aberrations. That ensures that the performance with the converter switched on is also very good. The center sharpness is a fraction lower when using the converter, but it’s so limited that you’ll hardly see it in practice. On bodies with a high pixel density, like the 24-megapixel D7200, the quality at f/11 does drop a bit. You’re best off limiting yourself to f/5.6 and f/8, unless you really need more depth of field. 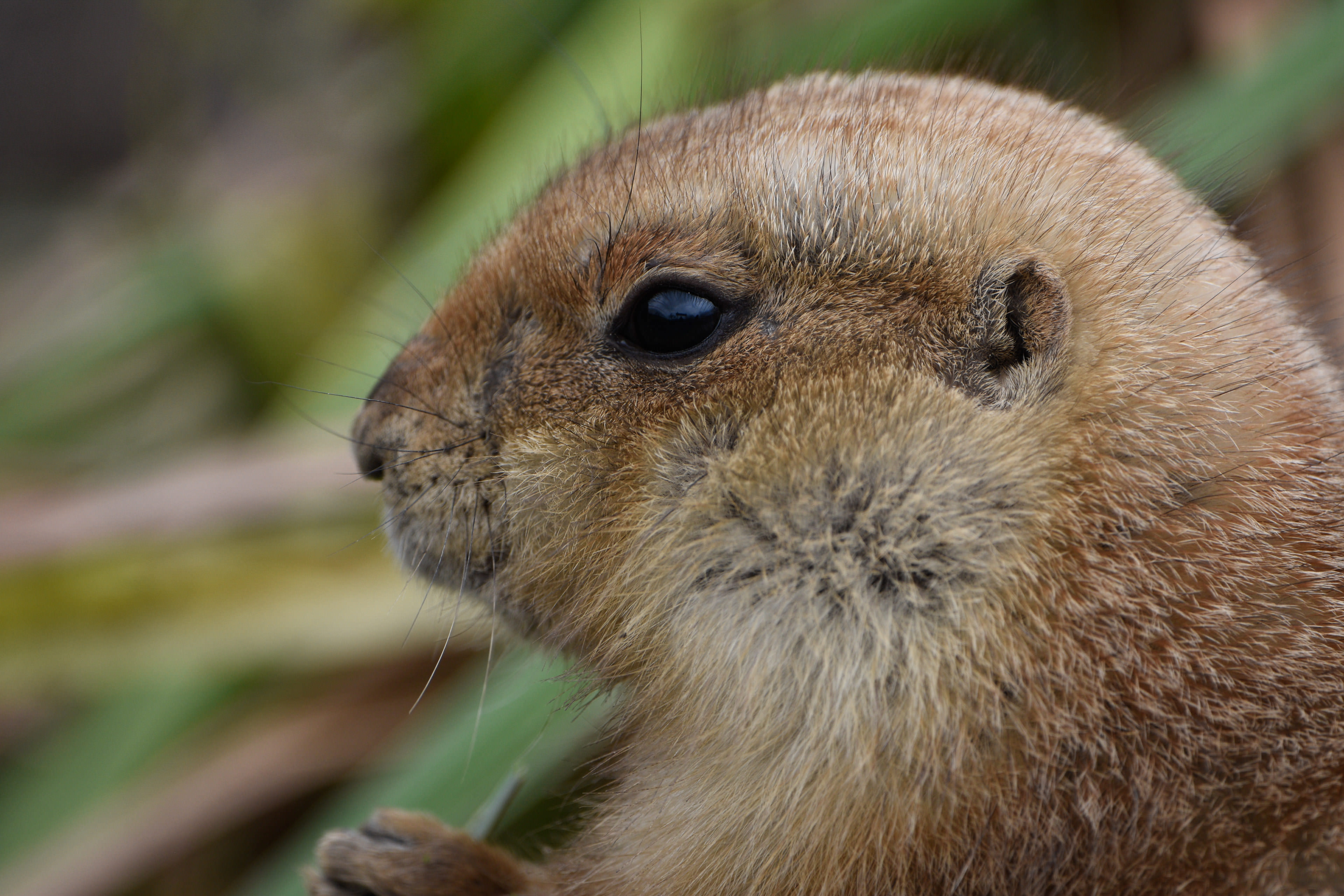 The AF-S NIKKOR 180-400 mm f/4 E focuses quickly, in any case on subjects with little or no movement, and the accuracy is good. Focusing on moving subjects requires a little more practice, partly due to the high weight of the lens. The lens isn’t always easy to control when shooting by hand, and if you start shaking, the autofocus obviously has a much harder job. A one-leg tripod is a solution.
Also keep in mind that the brightness is only f/5.6 using the converter, and not all DX bodies can handle it. We assume, of course, that someone who buys this AF-S NIKKOR 180-400 mm f/4 E has a modern D500, D7500 or D7200 and doesn’t want to use the zoom on a D3400 or older D200 or D2.

You cannot do without image stabilization, or VR as Nikon calls it, on a long telephoto like this. At least, not if you want to shoot by hand with it. According to Nikon, you should see about four stops’ profit with the image stabilization. Without stabilization, you immediately see that it’s difficult to get your subject in frame properly. In general, it’s nice when a lens has some weight to it. You usually hold still better as a result. But with a weight of 3.5 kg, you get the opposite, namely that your hand starts shaking quickly. As soon as you switch on the VR, you see the result: a quiet viewfinder image. And those four stops are a reasonable claim. Without stabilization, especially on a DX body, you’d soon have to resort to a shutter speed of 1/1000th of a second. We managed to get a number of sharp shots by hand at 1/60th of a second with stabilization.

The AF-S NIKKOR 180-400mm f/4E TC1.4 FL ED VR has a fixed brightness of f/4 at every zoom position. With the converter, you lose a stop, and the brightness becomes f/5.6.
A largest opening of f/4 at 200mm is nothing special, but at 300mm, it’s reasonable, and at 400mm, it’s quite bright. It only differs one stop from the very brightest lenses. The same also applies to f/5.6 at 500mm. For the bokeh, that one stop really doesn’t make much difference. The focal depth is namely still quite small at f/4 on 400 mm and f/5.6 on 550 mm. If you’re reasonably close, it’s even a few centimeters. The background then dissolves quite nicely at full aperture, and the bokeh is very nice.

The AF-S NIKKOR 180-400mm f/4E TC1.4 FL ED VR is a fantastic telephoto zoom. The ability to zoom, in combination with the teleconverter, ensures that you’re very flexible with this lens. On a DX camera, it comes into its own even more because your range is one and a half times longer than on an FX body. And range, of course, is what you buy a lens like this for. It’s heavy, but a bright 300 or 400 mm is heavy, and they’re a lot less practical if you don’t know exactly the conditions you’ll be photographing under. Just zooming in or out is much more convenient than placing or removing a separate teleconverter. The quality of this 180-400mm is impressive, and this lens is built to last for a long, long time. It comes at a price, but then it might be the only long telephoto you ever need.