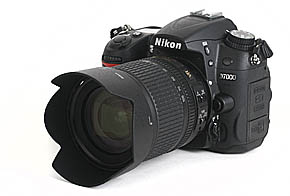 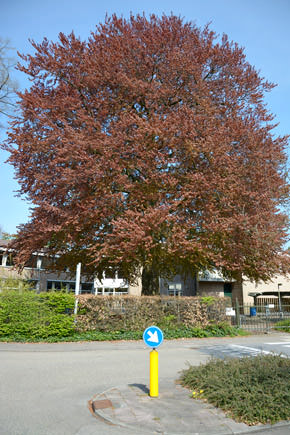 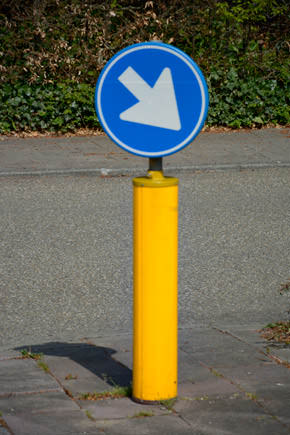 Two images, shot from the same position, illustrate the large 5.8 zoom range of the Nikon 18-105mm. Without changing your lens, you will get two totally different images. The field of view of this lens is equal to the field of view of a 27-157mm lens on a camera with a full frame sensor.

Both the lens body and the mount are of plastic. During focusing, the filter does not rotate. The focus ring and zoom ring run smoothly without the lens feeling cheap. As with many other Nikon lenses, the AF drive is provided by a Silent Wave Motor. That means fast, almost silent and virtually no hunting in low light. Thanks to the built -in SWF, you will also have AF using Nikon camera bodies without an AF motor, like the Nikon D3200 or the Nikon D5200. 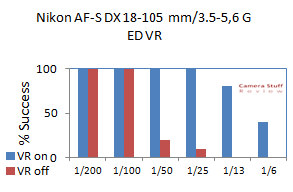 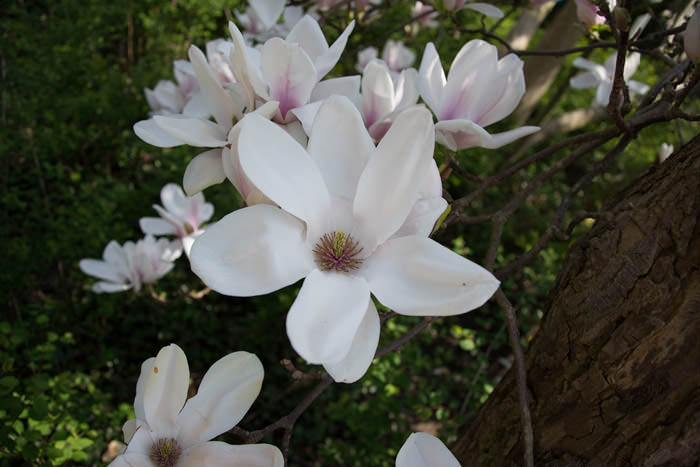 Vignetting is expressed in stops and is somewhat on the high side at 18 mm at f/3.5 and f/4.0. And at 105 mm, the vignetting is only a bit too high at f/5.6. Vignetting can be controlled by certain programs. 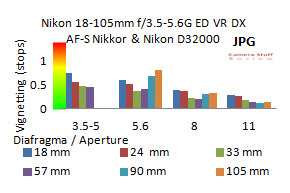 The distortion in RAW files (Move your mouse over the graph), is high at every focal length, especially at 18 mm. Distortion can be controlled with software. 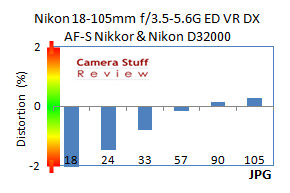 Less fast zoom lenses on a camera with an APS-C sensor supply almost never a nice bokeh. The Nikon 18-105mm is no exception. The maximum aperture at 62mm is f/5.2. The depth of field, even though the small image sensor, is quite large. The background is uneasy about the blurry circles are readily identifiable and have no uniform coverage.The bokeh changes shape by light waste in the center is the beautiful bokeh around. In the corners the bokeh takes the form of a cat’s eye 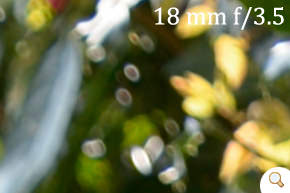 This lens is very sensitive to backlight; both ghosting and flare can be seen. You will have to take this into account when photographing. 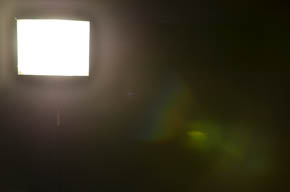 The resolution, expressed in LW/PH, reached in the center at different focal lengths and apertures nice values​​. The corners are less sharp than the center aperture and stopping down hardly helps.
Thanks to the high resolution of the test cameras (24 megapixels) this “softness” in the corners will in practice almost be invisible to most photographers. 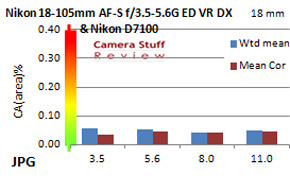 The Nikkor AF-S DX 18-105 mm 3.5-5, 6 G ED VR is equipped with an effective image stabilization, and is practical in use due to the wide zoom range. This lens is not very fast and in terms of resolution and distortion, this lens performs only very moderately. The lens is sensitive to backlight, but the recommended retail price is attractive.